While we were at Cabrillo National Monument, my coworker asked a burly park ranger for a good place to eat. He directed us to the Point Loma Seafood Company, near Shelter Island in San Diego Bay. We were a bit disappointed to find out it wasn’t a sit-down place, but it had the feel of local color, so we stayed. We ordered our food from the deli-style counter — I got crab cakes — then went outside to eat. The tables were all full, so we sat on the edge of a cement wall that boxed in a small garden. A few minutes later, a table opened and we grabbed it. 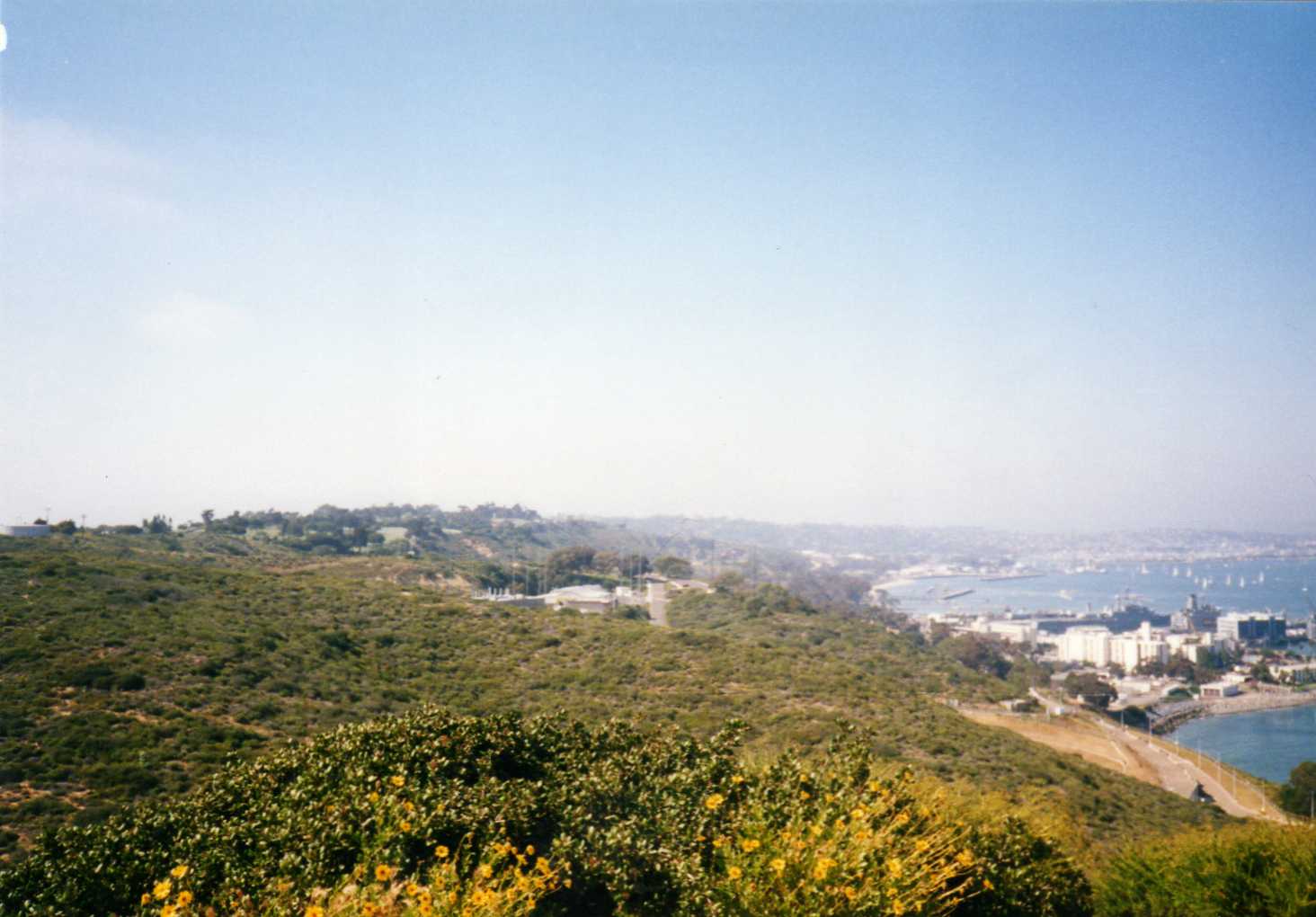 The restaurant was to my right and another building to our left. In front of me, a dock stretched out into a harbor full of huge yachts. Small patches of water were visible here and there among the boats.

There was a Western Gull on the roof of the building to my left, two on the dock and others on the pilings that ran along the harbor. They flew about some and switched places from time to time, but at least one was in sight the whole time we were there.