It was 7:30 and dusk was swiftly approaching. I’d been at the refuge for four-and-a-half hours. I’d been to all the places where I’d been told I was likely to find a Swainson’s Warbler. With the exception of a very brief, distant song along Stone Creek, I hadn’t heard or seen a hint of one.

There was nowhere left to go and nowhere left to look. I drove back east along Reids Station Road with my windows open listening to the evening. I’d gone perhaps 50 yards from the gate where I’d turned around when I heard one singing in the woods along the river. It was too far back in the tangle of trees and brush for me to hope to get a look at it, but I pointed my camera at the trees and took this video. There are a couple different birds singing, including a Tufted Titmouse. The Swainson’s Warbler is the one that repeats “sweet, sweet, sweet, wichity” several times.

I listened for a couple minutes, but it was obvious I wasn’t going to see this one. I drove on another 200 yards or so and heard another one singing, this one much closer to the road, just inside the line of trees. It was on the other side of a fence that marked the border of a hunt club. It was getting dark, and the space inside the first row of trees was black on that side of the road. I got out of the car and scanned back and forth, knowing that I was probably within 20 feet of the bird.

I saw a small bird fly low across the road into the woods on the other side just behind the car. I didn’t get a good look — I long ago concluded that I have slow eyes, because I often miss seeing things that others claim to be able to see on flying birds. I could see that it was about the size of a sparrow, warm brown above and tan below with the impression of a longish bill. Was that my bird? A few seconds later, the song of a Swainson’s Warbler came from the bushes near where it had disappeared. Success! 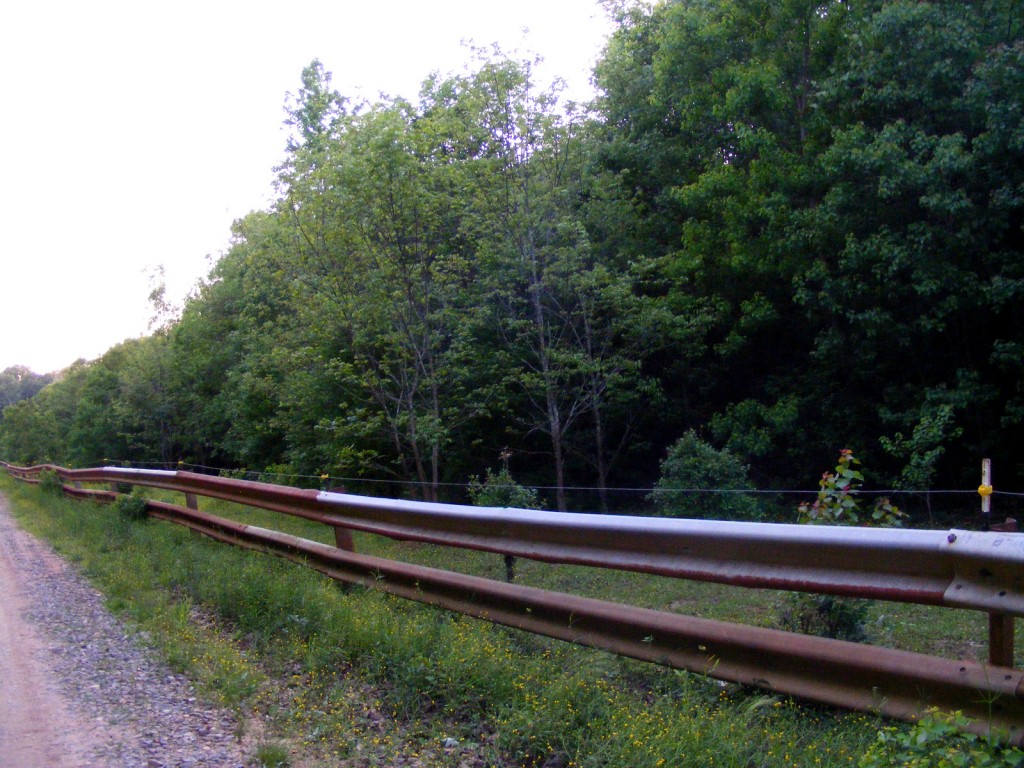 During my afternoon search, I had been bitten by about 50 mosquitoes and been nibbled on by a deer tick. I hadn’t seen so much as a hint of any of the 26 species of snakes in the area. In fact, apart from birds and insects, all I’d seen was a few Gray Squirrels.

I wasn’t paying much attention as I drove along the narrow dirt road out of the refuge. It was 8:00 and near dark. I was happy that I’d seen my bird and happy that I’d stuck with it even though I was tired and mosquito-bitten and covered in mud. I had a two-hour drive to Atlanta. I was contemplating what it would be like when I walked, mud-covered, into the lobby of the Marriott where I was staying.

All of a sudden, the woods on the driver’s side exploded. It sounded like an elephant was charging. I jumped and turned just in time to see a huge wild hog sprinting out of the brush. I don’t know if it was aiming for my car (do they do that?) and missed, or if it swerved, but it passed just inches behind my rear bumper and disappeared into the trees on the other side.

I took a deep breath, called my wife to let her know I was alive and headed north. I stopped at a McDonald’s in Macon and cleaned off some of the mud in the bathroom. The fine folks at the Marriott were kind enough not to notice the rest.