A coworker and I found a couple hours one day during our conference and made a quick trip to Kennesaw Mountain, northeast of the city.

This is the most-visited Civil War battlefield by a large margin, but it’s not because of rampant interest in history. It’s where everybody from the Atlanta metropolitan area goes to exercise. The parking lots by the visitor center were packed, except for one of the three (out of about 100) spaces reserved for people there to actually go inside the center. We had the museum to ourselves.

The battle named for the mountain took place on June 27, 1864. Union forces under General Sherman attacked entrenched Confederates under General Johnson.  The fight on the mountain itself was mostly a diversion — the hard fighting took place to the south on Pigeon Hill and Cheatham Hill. The attack was a failure, but the Union army soon outflanked the Confederates and forced them to draw back toward Atlanta. 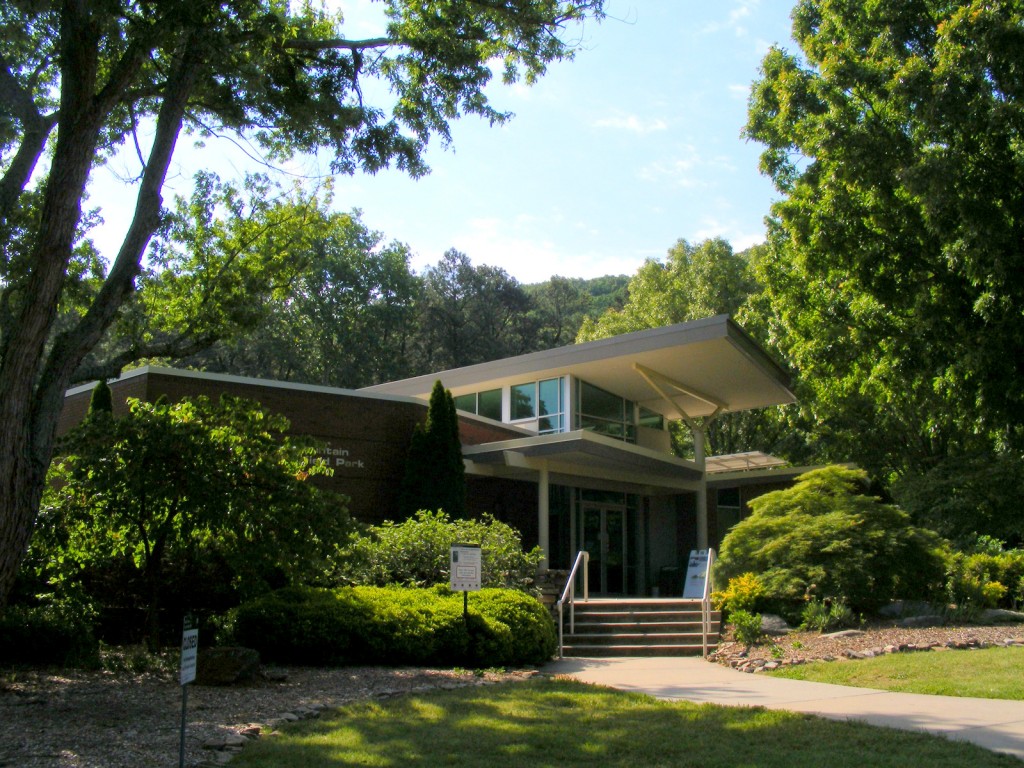 We drove up the mountain, dodging dozens of hikers and birders on the way. (The mountain is the best place in northern Georgia to see migrating birds. We spotted a Scarlet Tanager standing in the middle of the road.) Here’s Atlanta from the top of the mountain, off to the southeast. 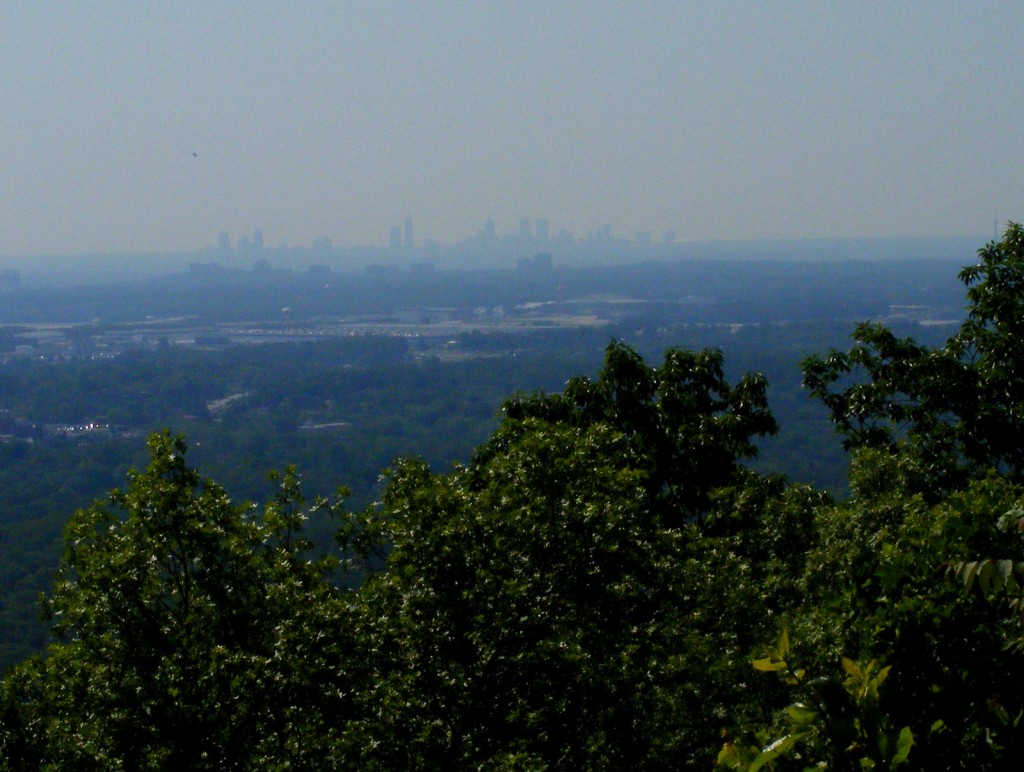 While we were on the mountain, we saw two military jets fly by. They appeared to be shadowing a passenger plane, but soon peeled off and headed in the direction of the city. 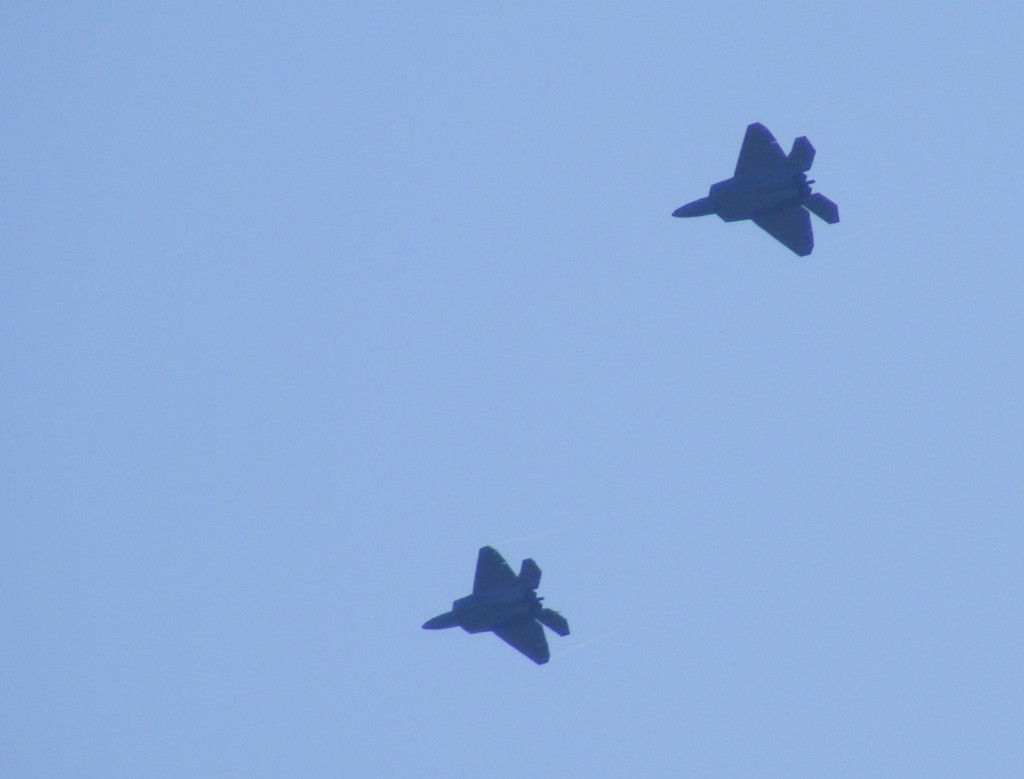 There’s a short trail to the Confederate position on top of the hill. 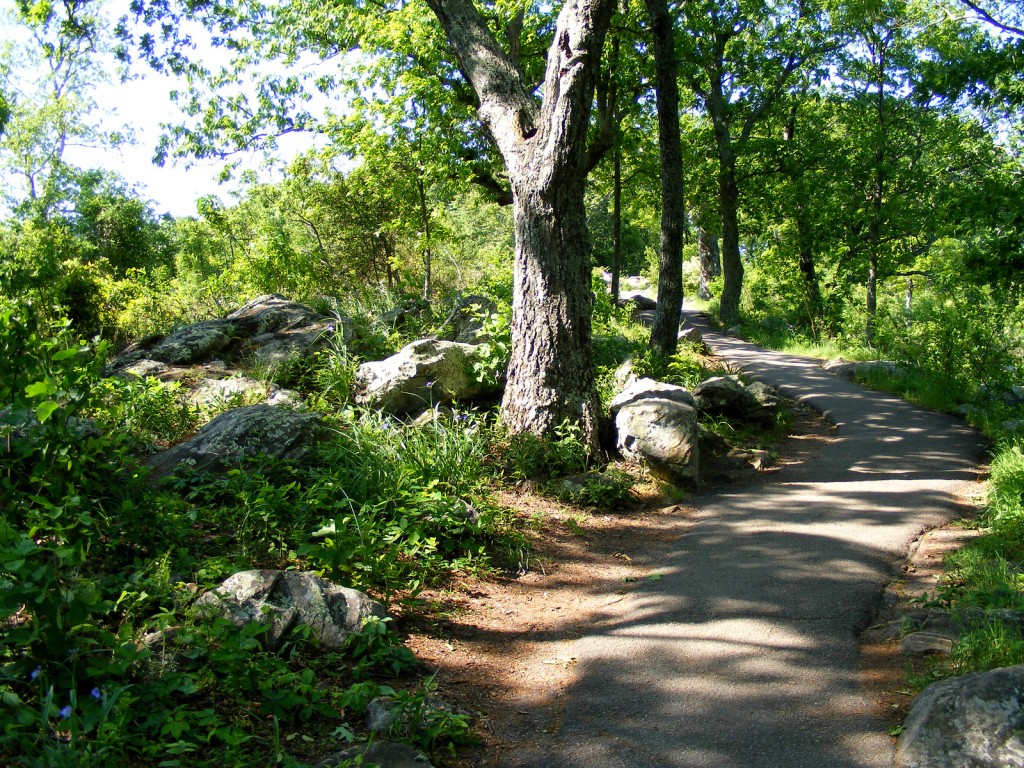 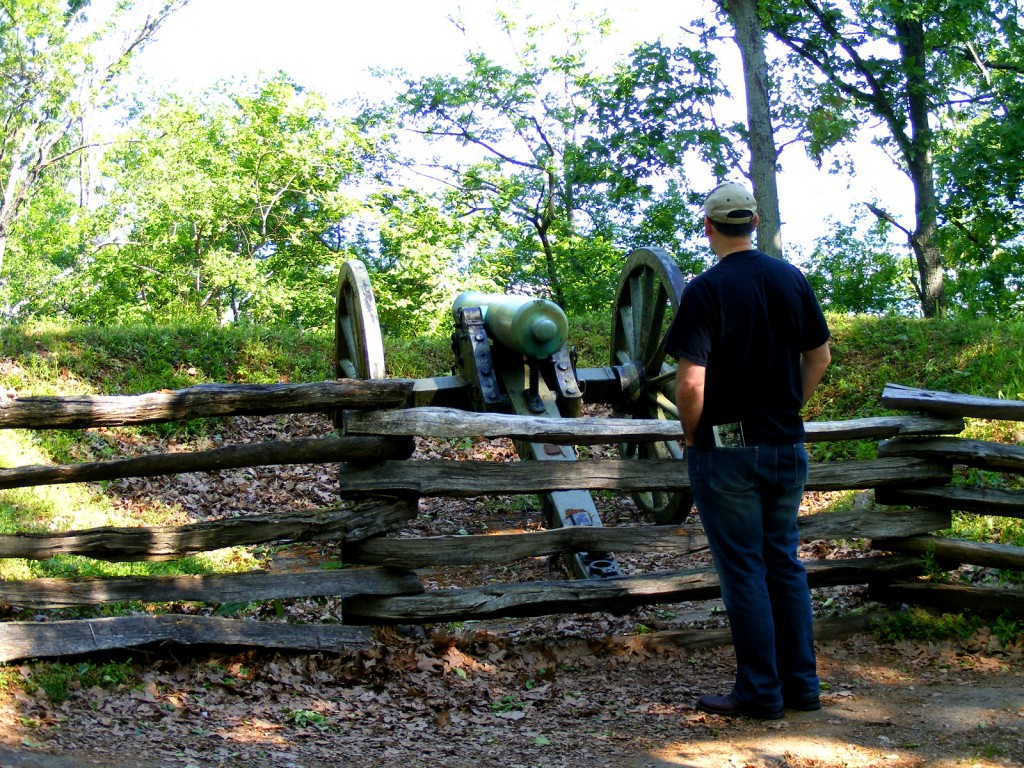 The view to the northwest, toward where the Union lines were. 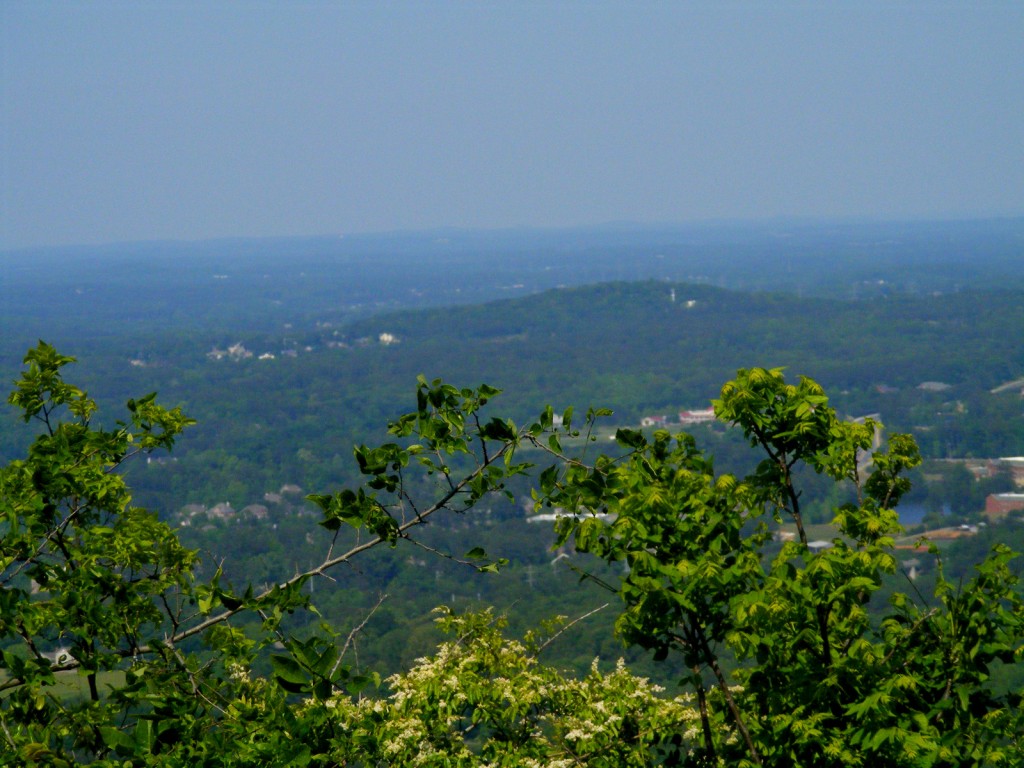 We walked the trail to the top of Pigeon Hill, the one part of the park I missed the last time I was here (because the joggers and walkers had taken up every space in the parking lot). You can still see the remains of the Confederate trenches. 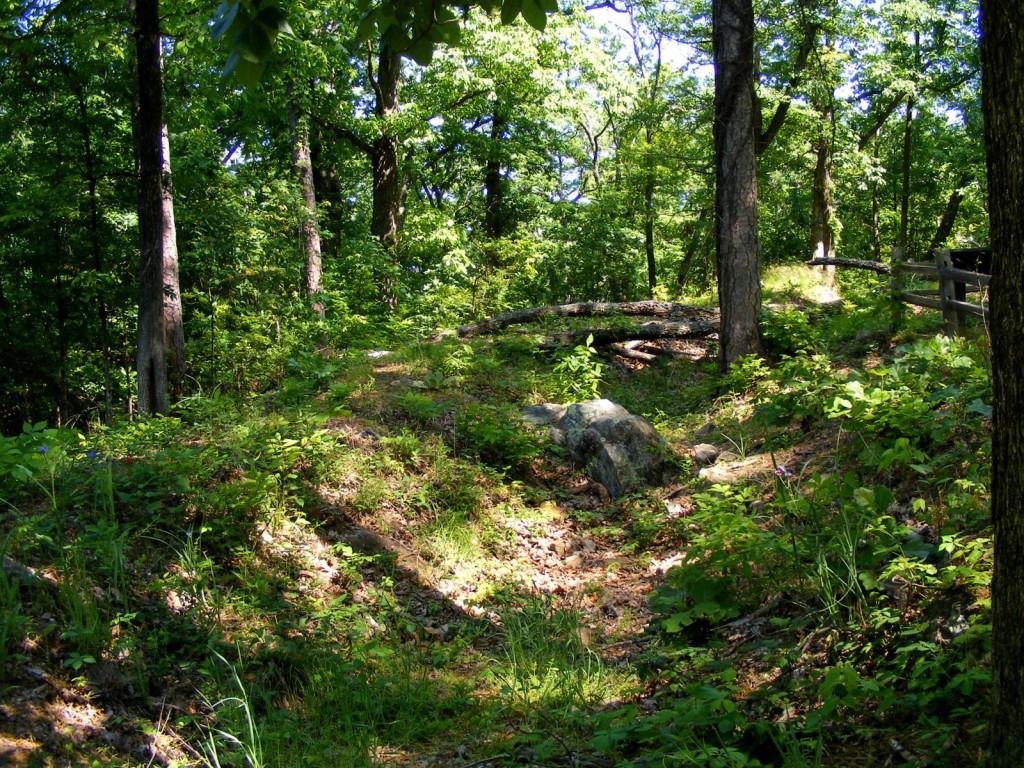 The rocks in the trench are visible in a photo taken shortly after the battle. I took a photo of what it looks like now from as close to the same angle as I could get. 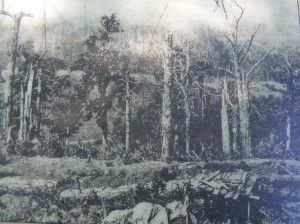 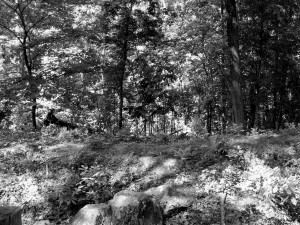 There was more to the park, but we had a conference to attend.