pipilo (to chirp) chlorurus (from chloros, green, and oura, tail)

The New Santa Fe Trail between Monument and Palmer Lake is my new go-to spot when I want to walk somewhere close but don’t want to walk through a residential neighborhood. I usually bring my binoculars, although it hasn’t proven to be a great place to see a lot of species. I had just gotten to this spot on the trail. 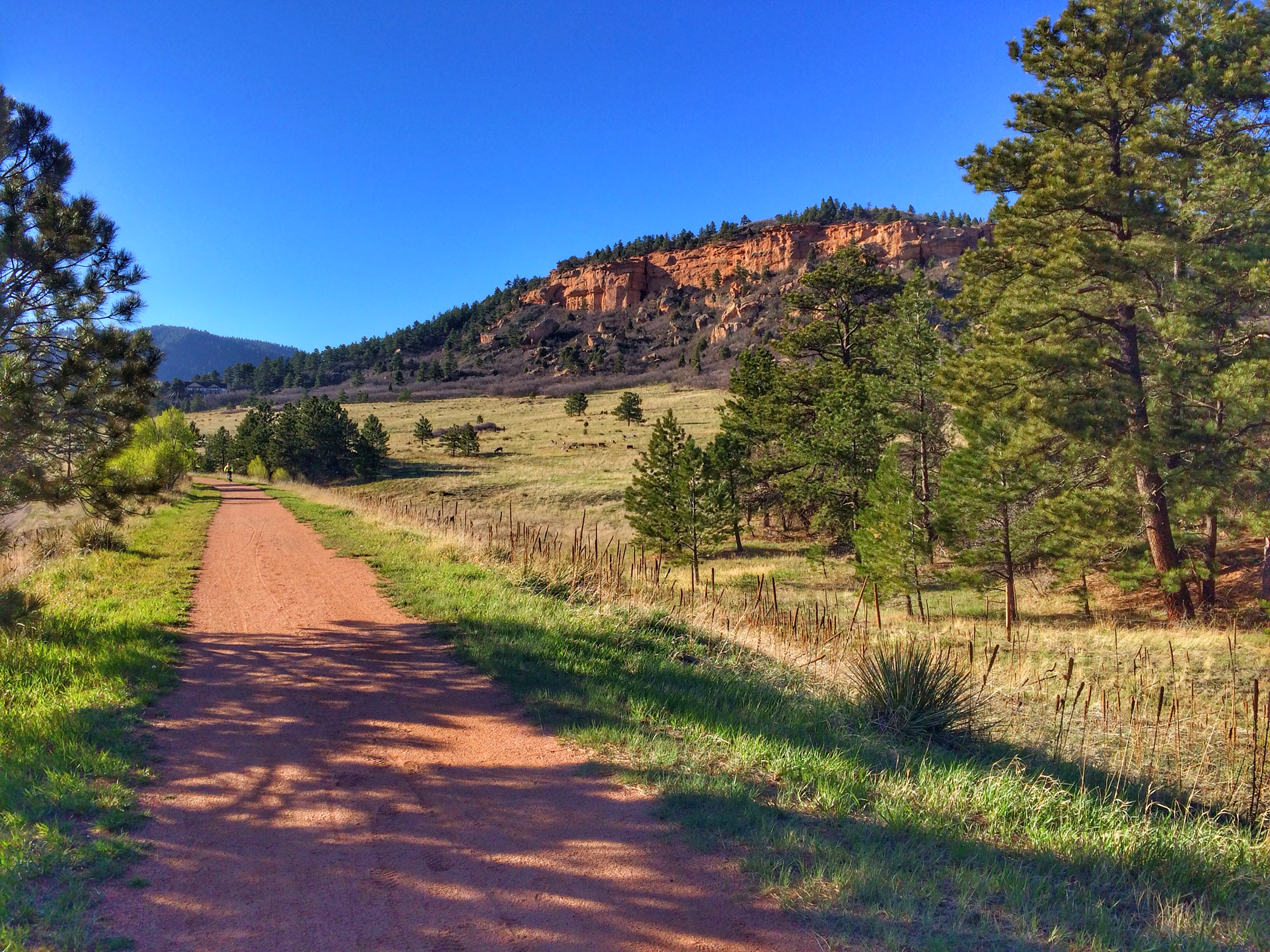 There was a sparrow on the trail — it turned out to be a Vesper Sparrow — and I stopped to look at it. I heard another bird calling softly down between the trail and the railroad track. 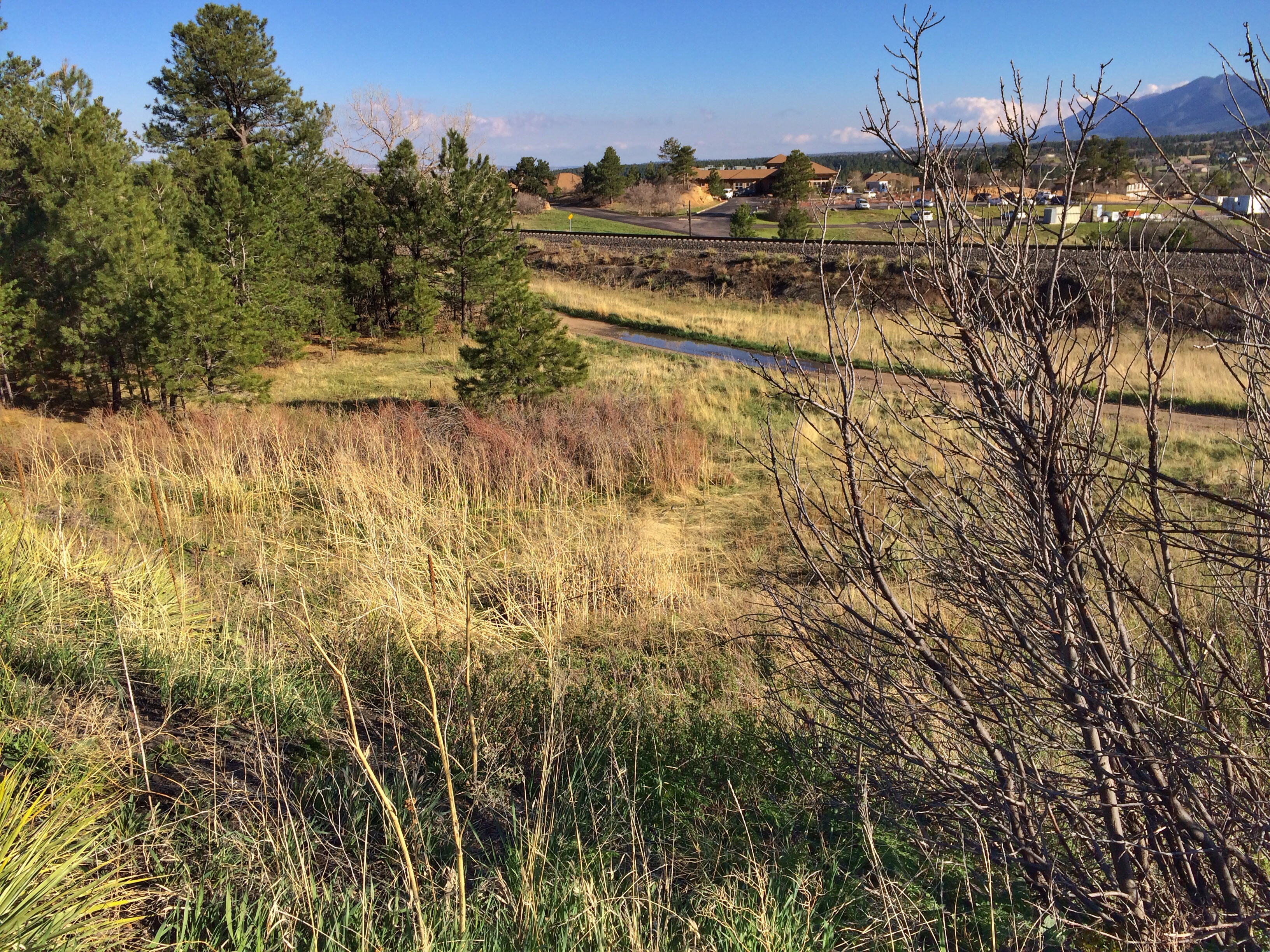 When I saw the rusty crown, I tried to make it a Swamp Sparrow. Then I noticed the color of the tail. 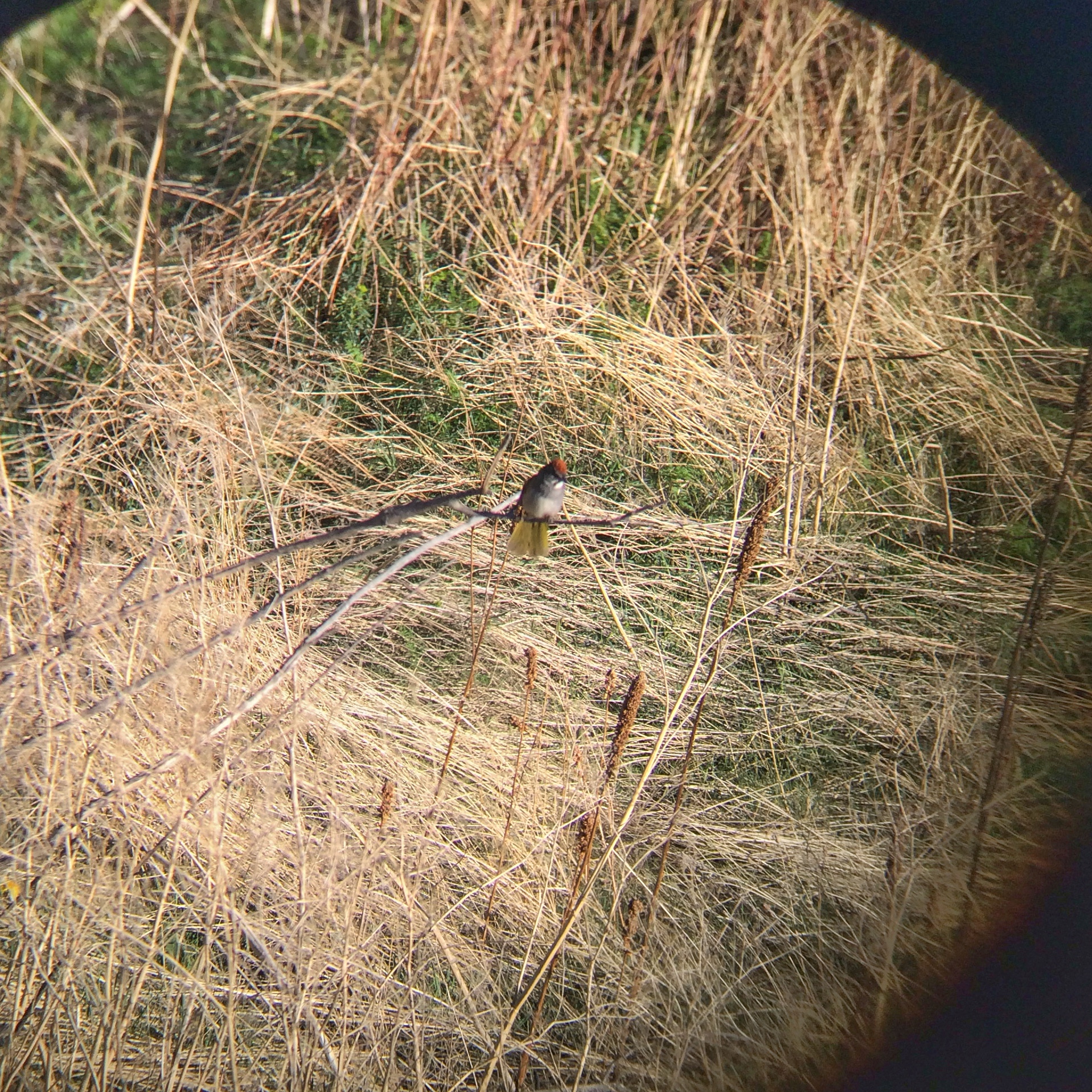 It perched there looking around for about five minutes, making occasional calls. 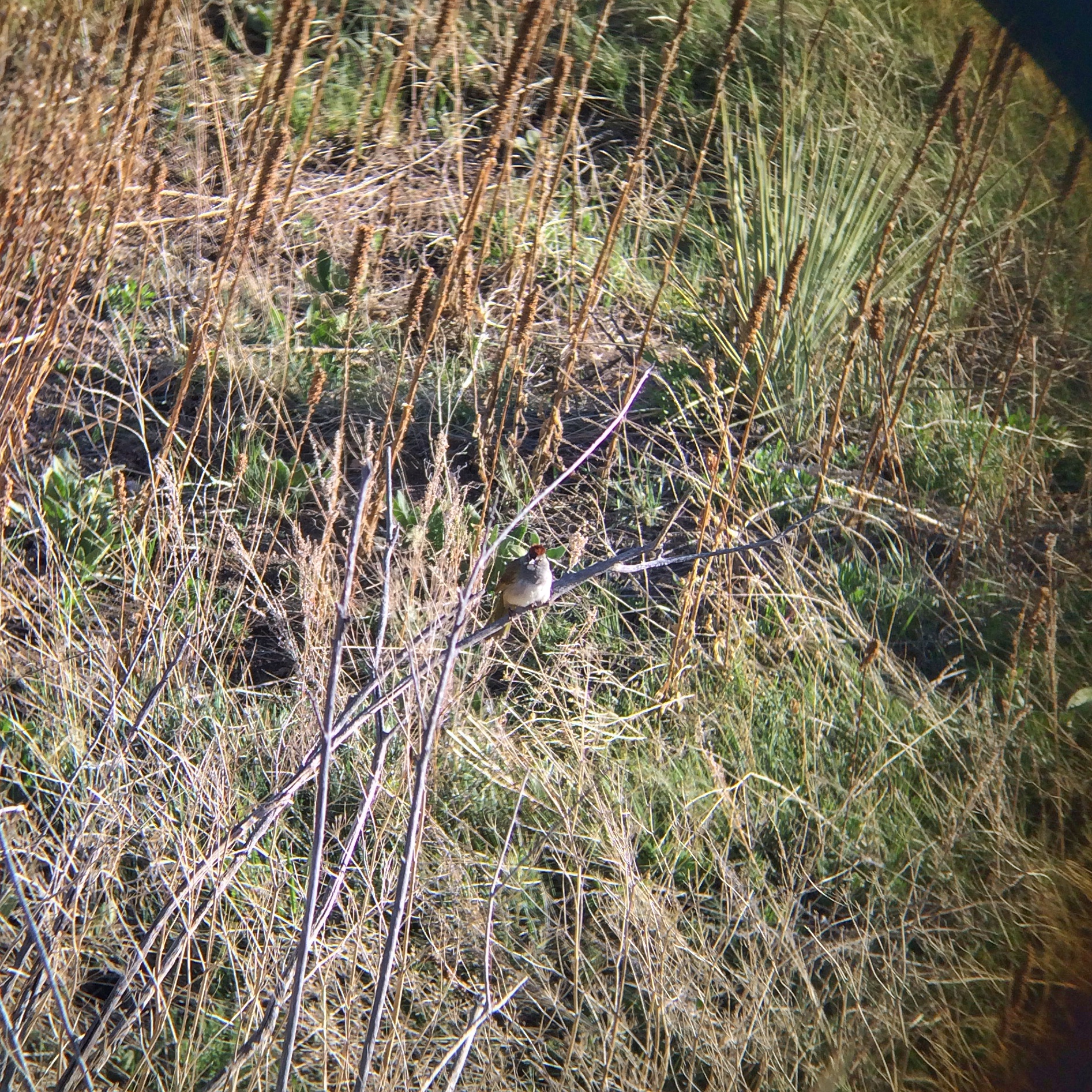 I took these photos by holding my cell phone up to my binoculars. I used the phone to play its songs, and it flew up to a bush next to the trail about six feet away from me. 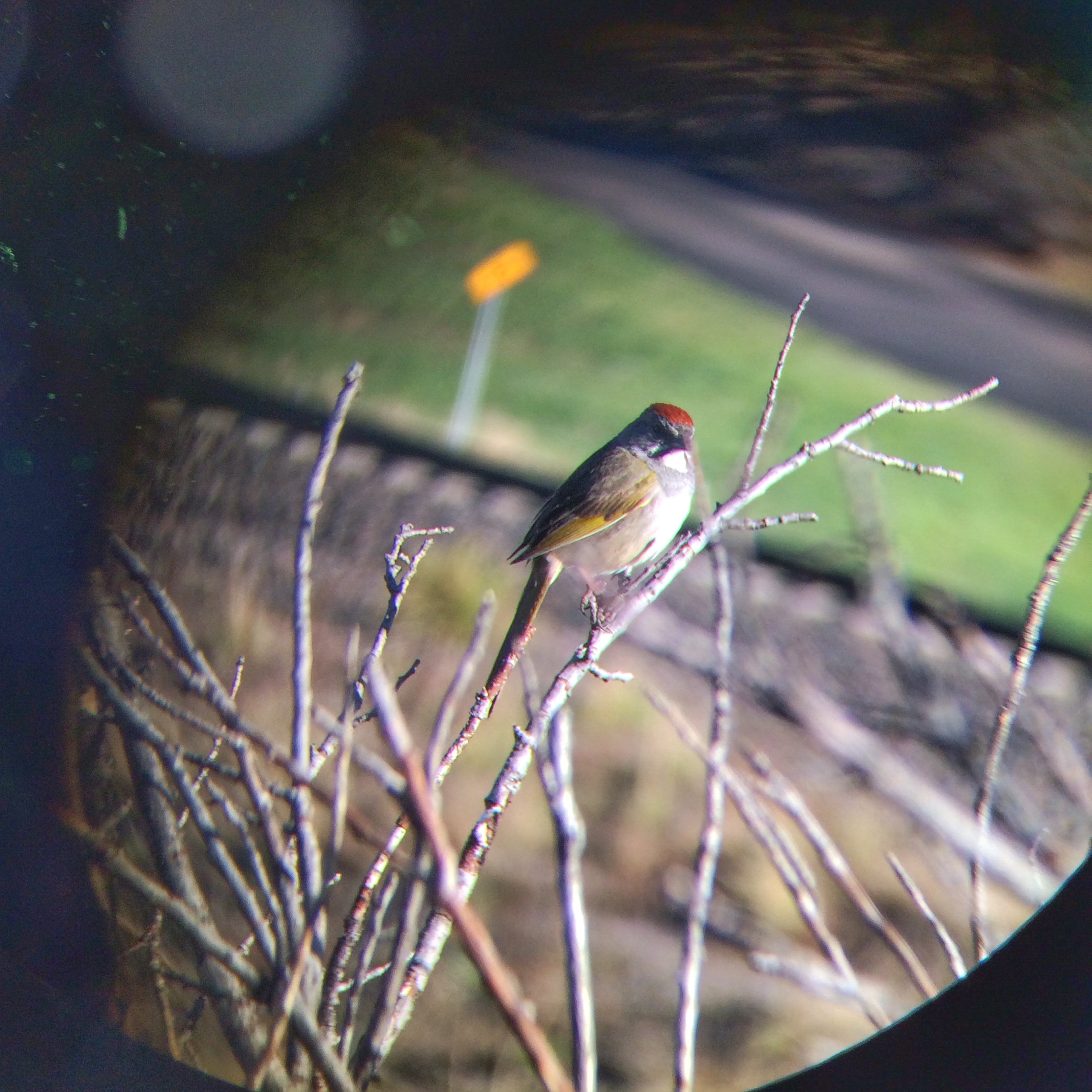 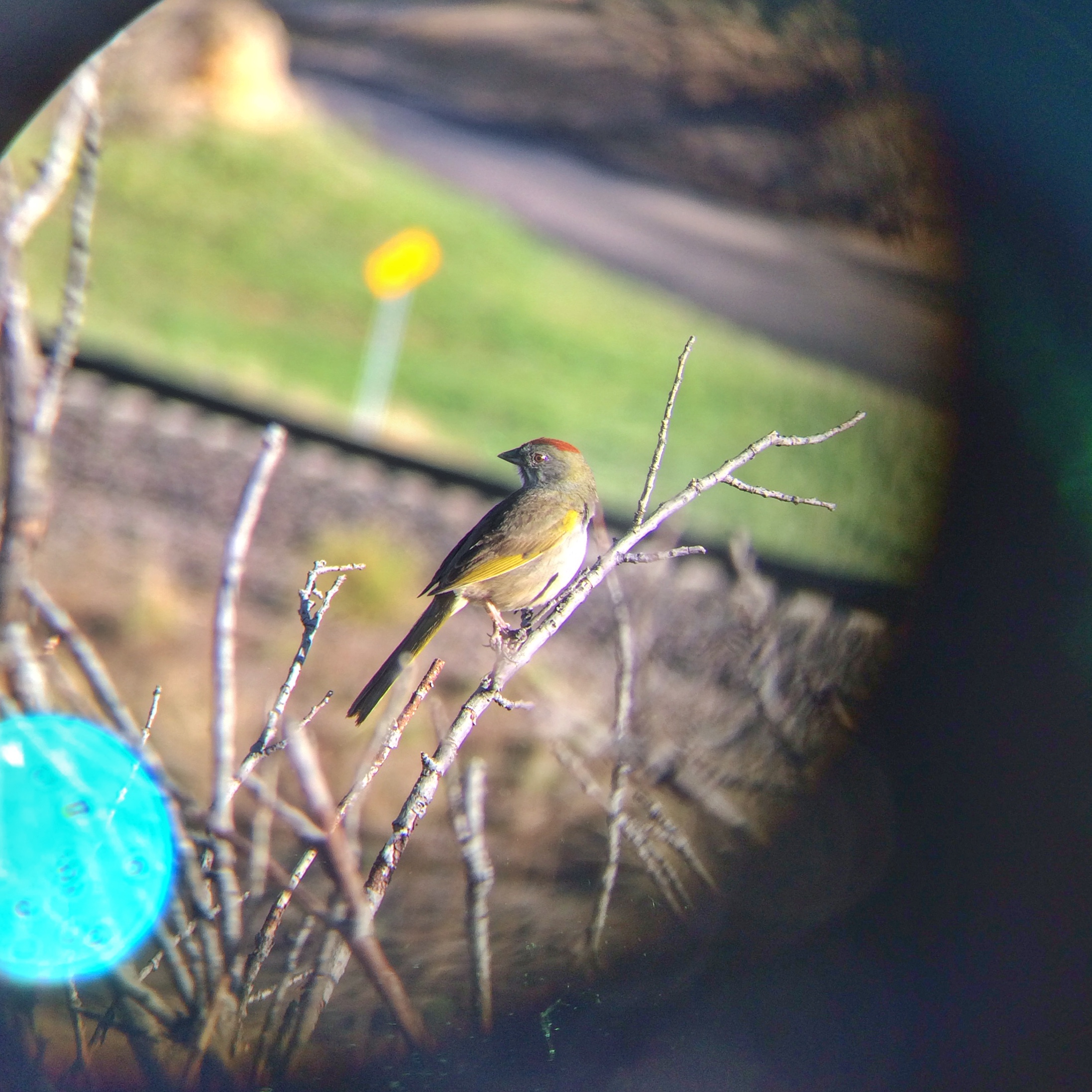 My phone froze, but the bird posed cooperatively long enough for me to power it down and restart it. After I took these photos, it flew off into a ponderosa pine about 30 feet away. I knew I’d see one without a lot of effort, and now I have. 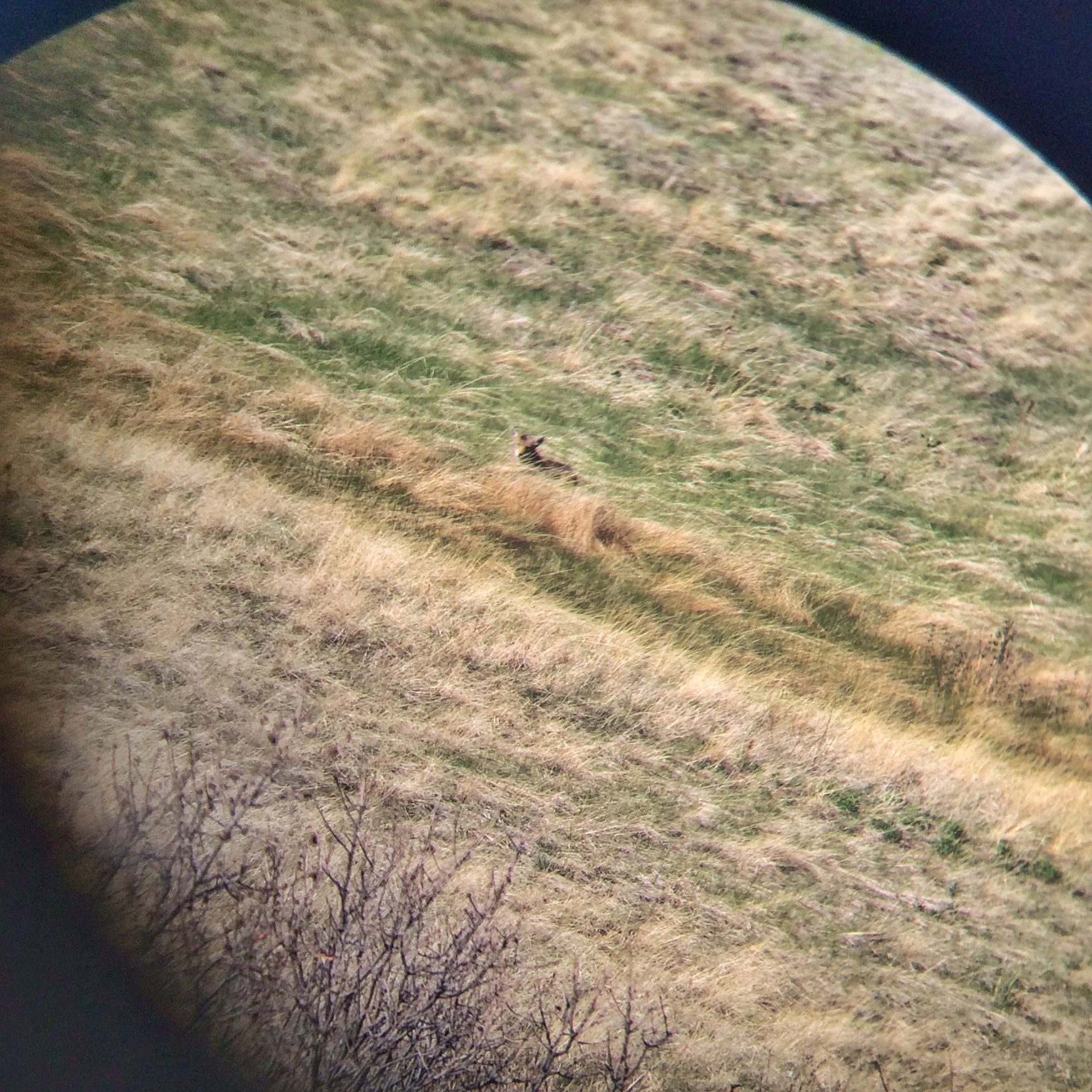 and several herds of Mule Deer. 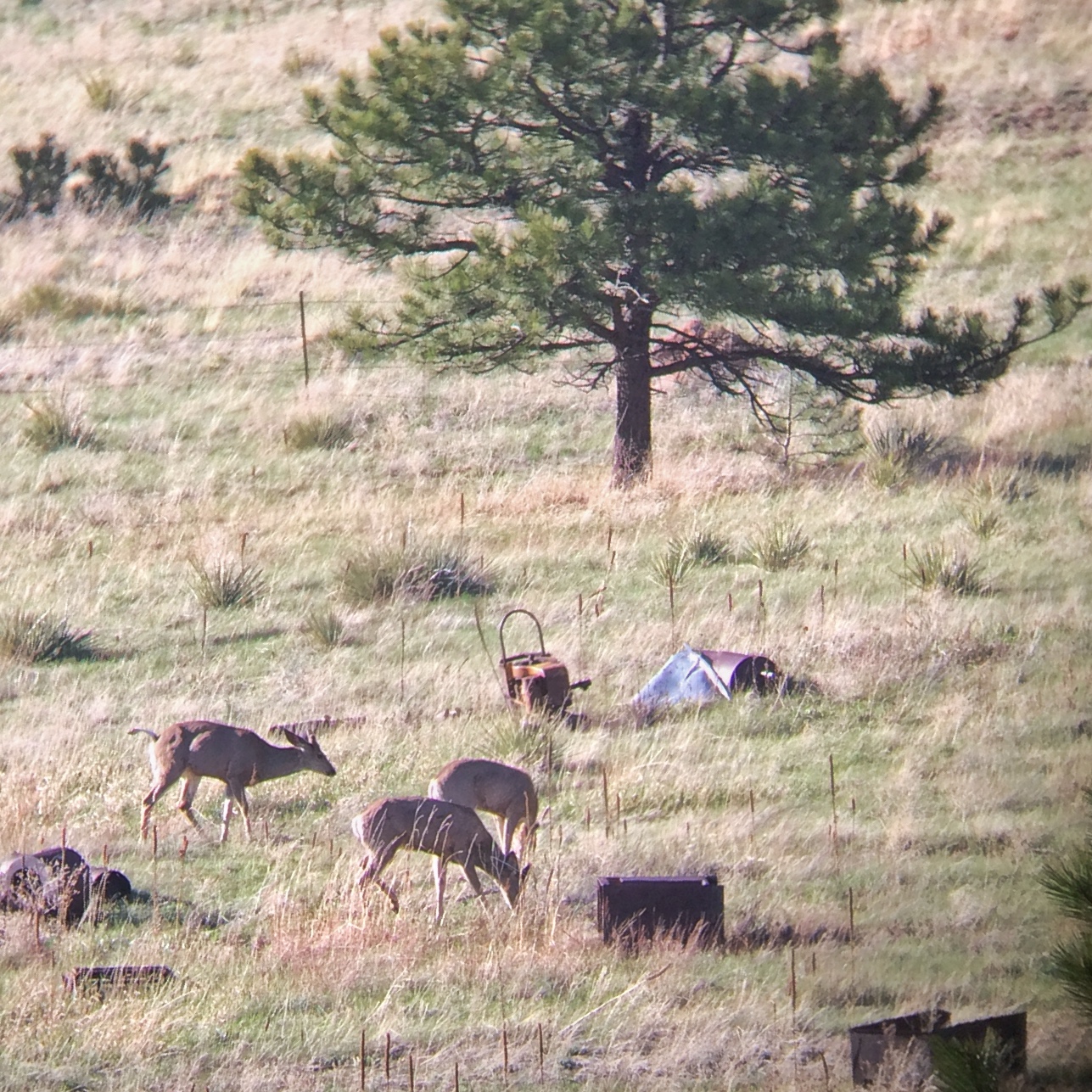