Last January, when we were looking for houses with our realtor, he and I got to talking baseball. I mentioned that I planned on going to Coors Field when the Cubs were in town to see the Rockies, and he told me to let him know and he’d go along.

Turns out that “go along” meant “buy the tickets, give me a ride, and spring for supper.”

The Monday game was rained out, so the two teams played a day-night double-headed on Tuesday. The Cubs haven’t been playing well lately, and they got squashed 10-4 in the afternoon game to knock their record down to 16-16.

We arrived at 4:30, half an hour before the gates opened. We strolled around to the front of the stadium and then decided to eat supper at a sports bar across the street. We had a leisurely meal and a good conversation, then headed into the park. 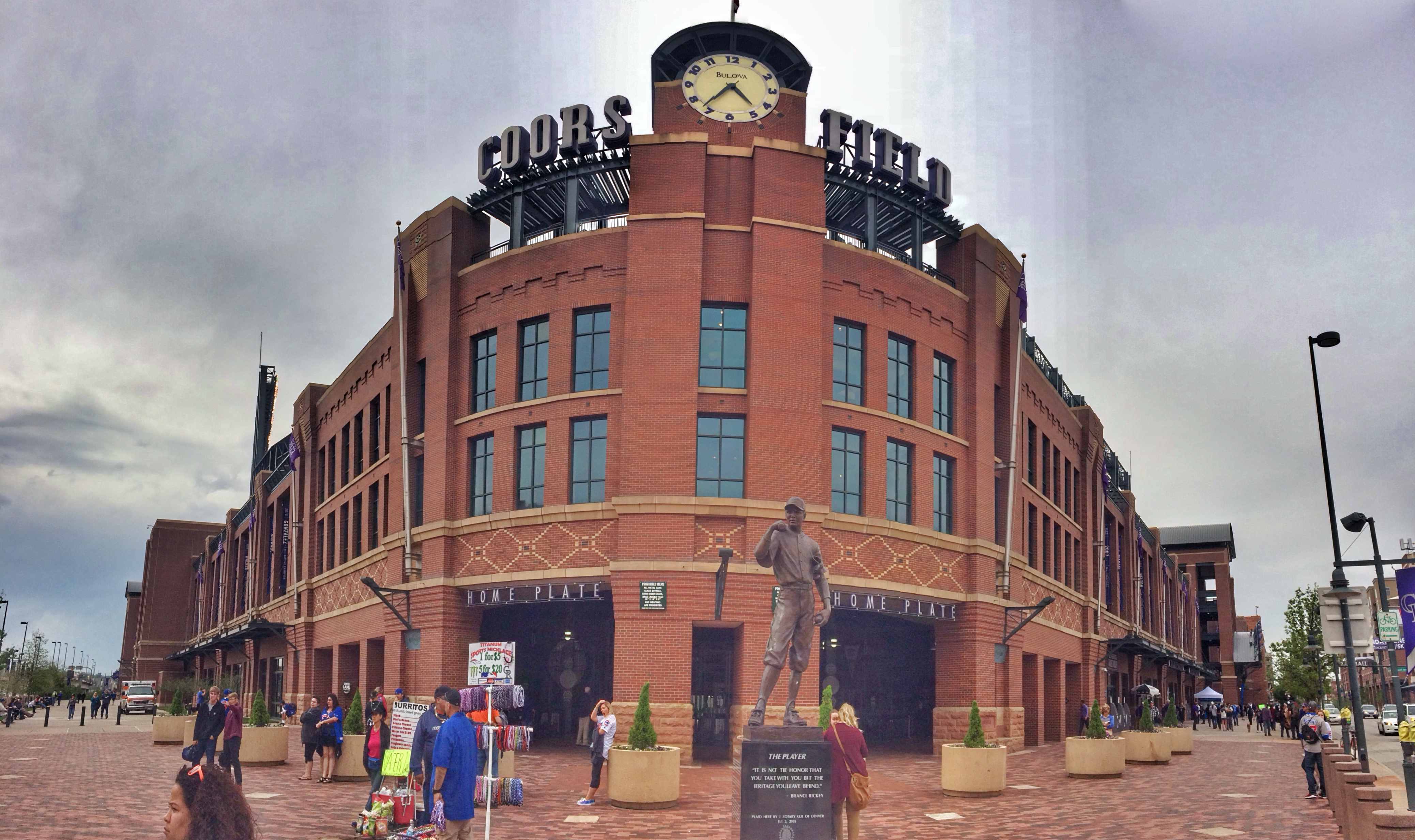 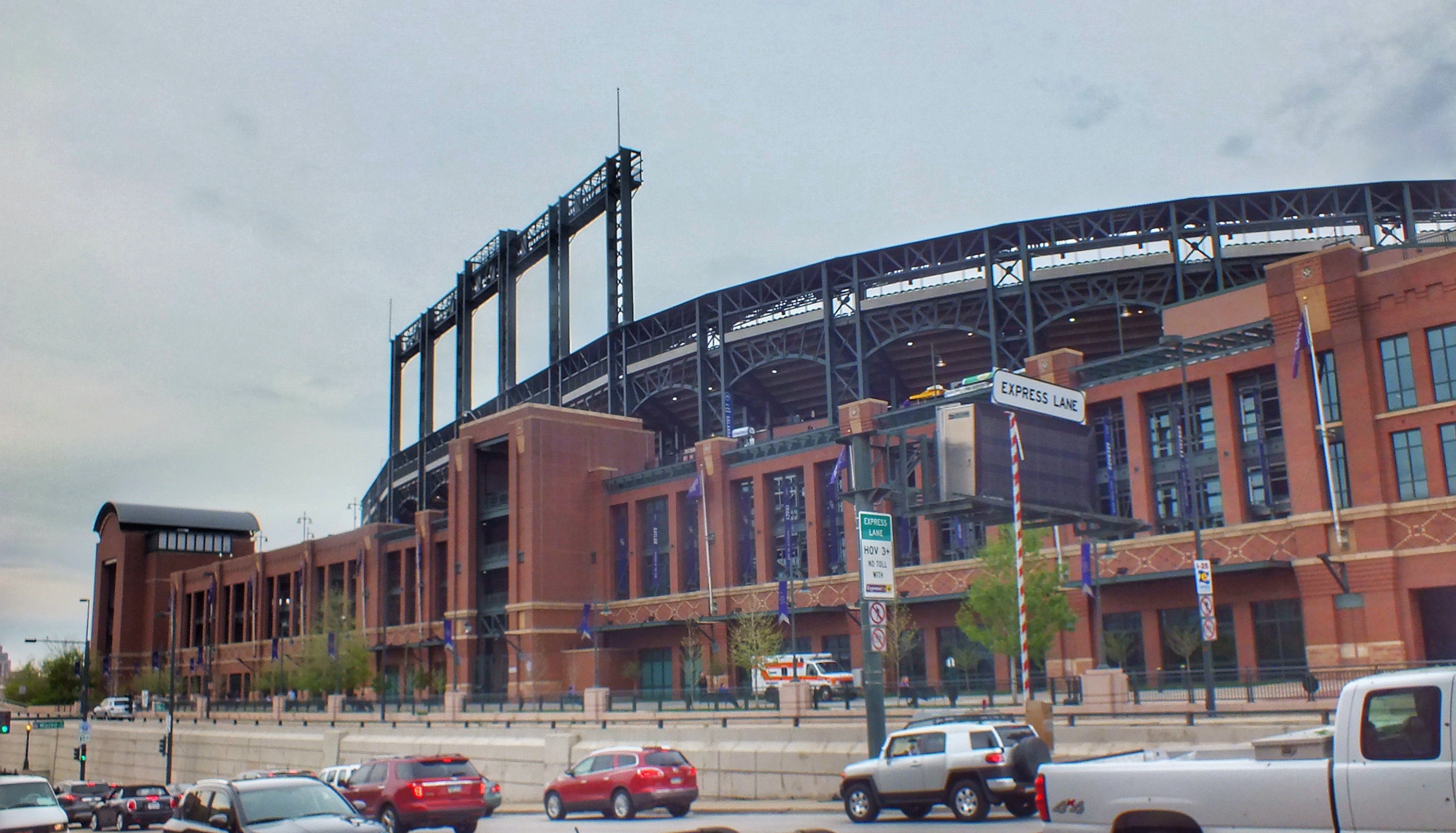 Our seats were three rows down from the concourse, under the overhanging upper deck, just a bit down the third-base line from home. It was well before game time, so I took a stroll and took photos around the park. The purple line in the upper deck marks one mile above sea level. 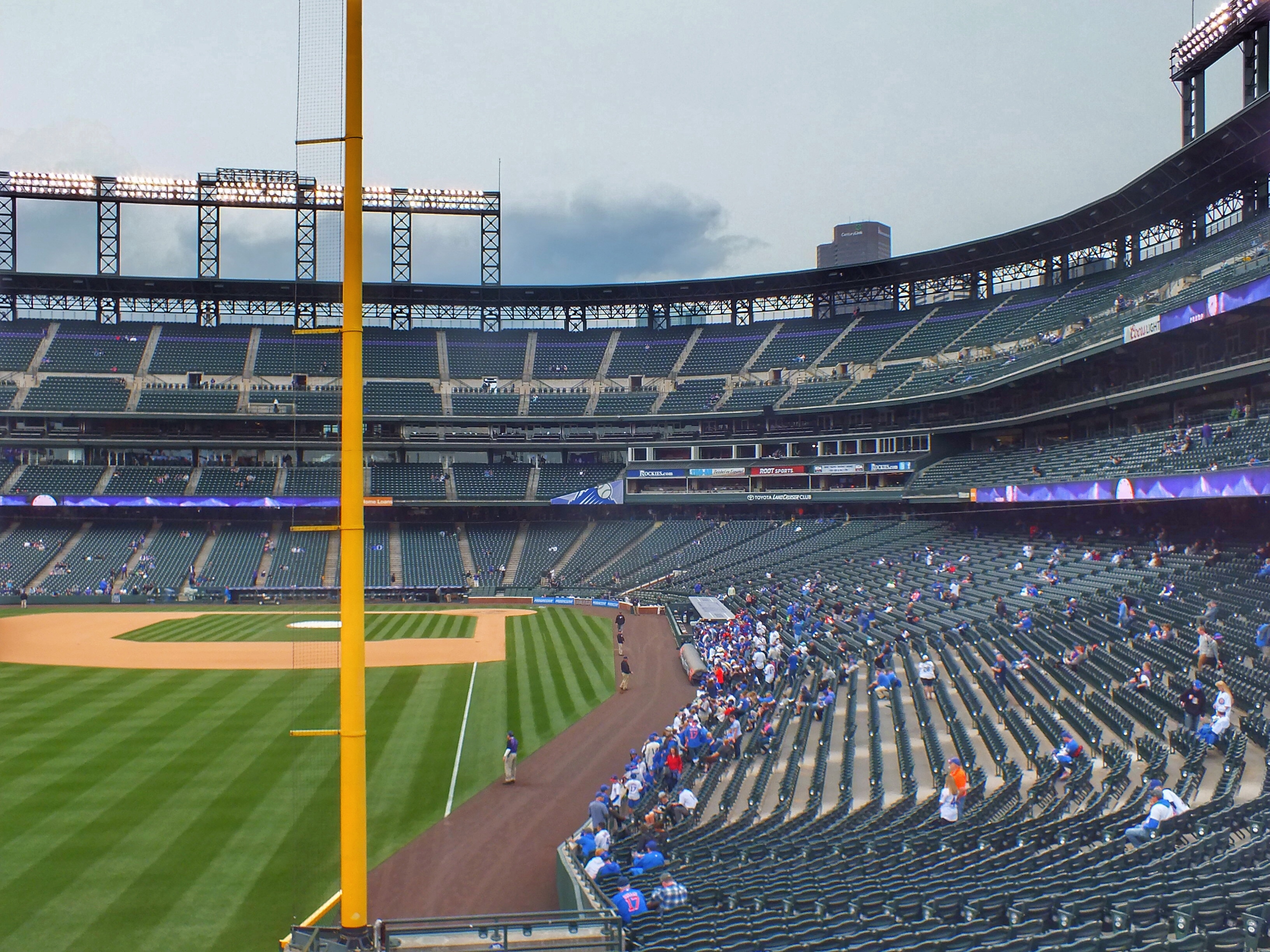 It looks like stormy weather, and the forecast said rain was a distinct possibility, but it turned into a perfect night, dry and cool and comfortable. 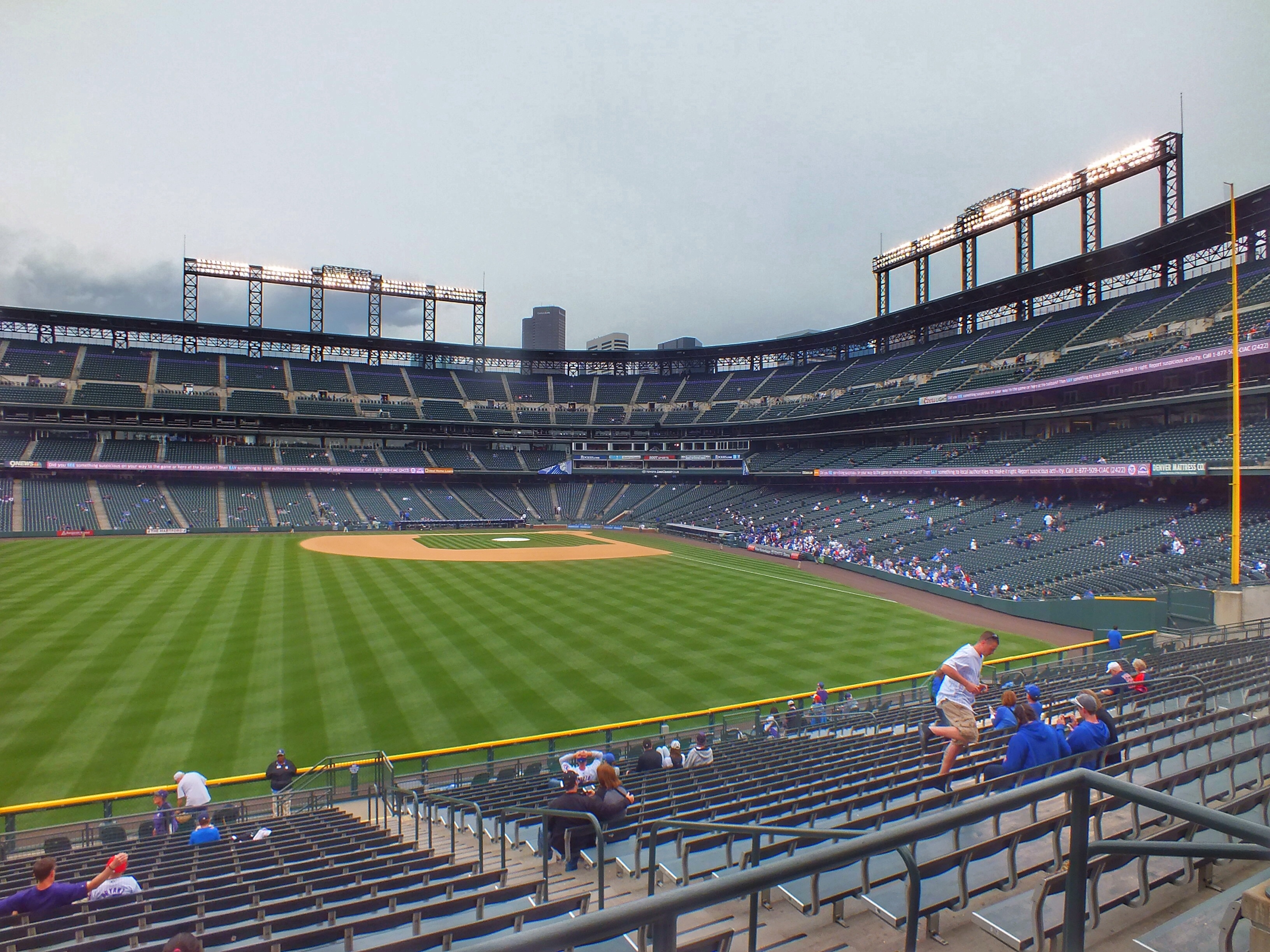 The bullpens in right center. 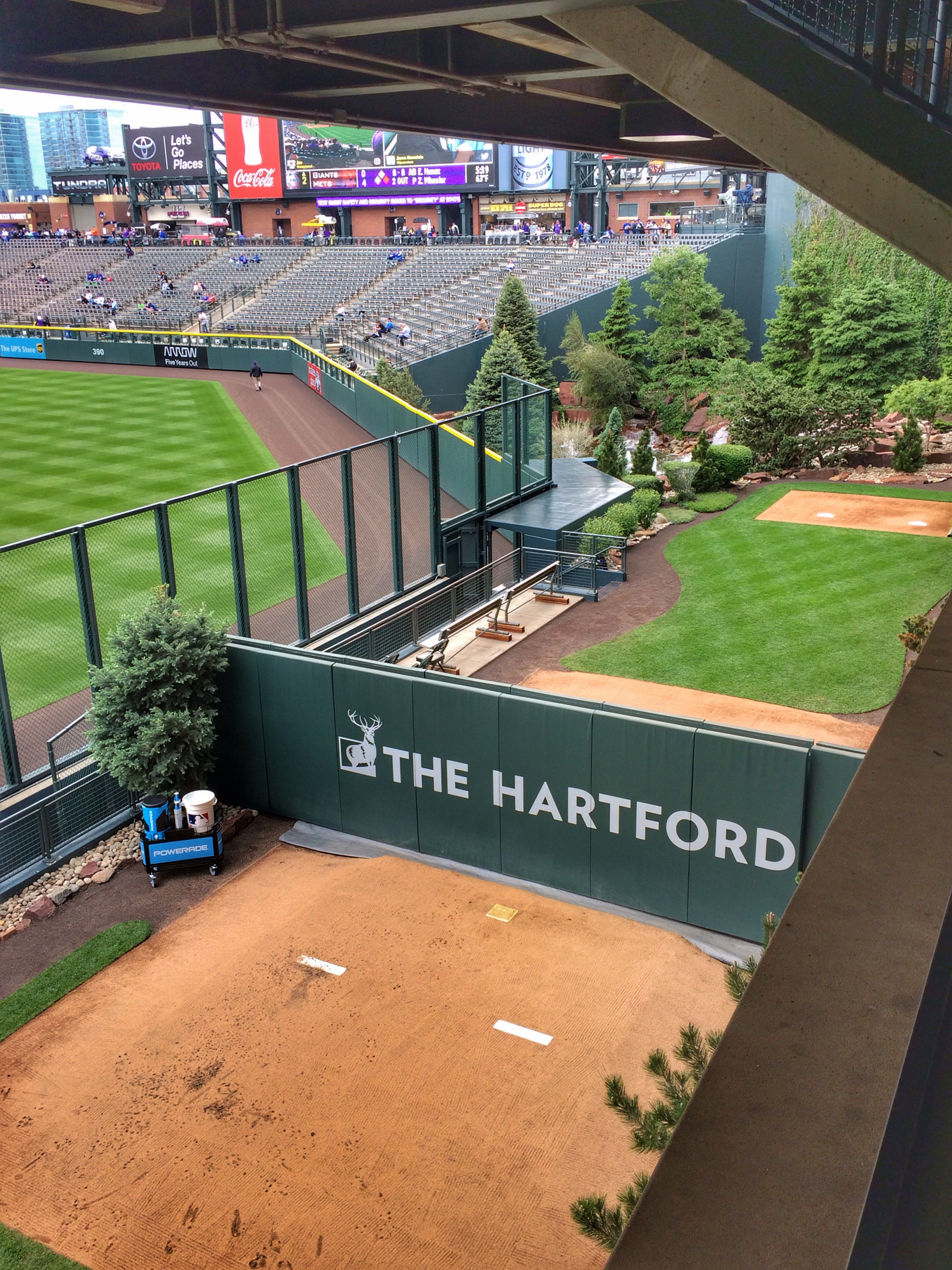 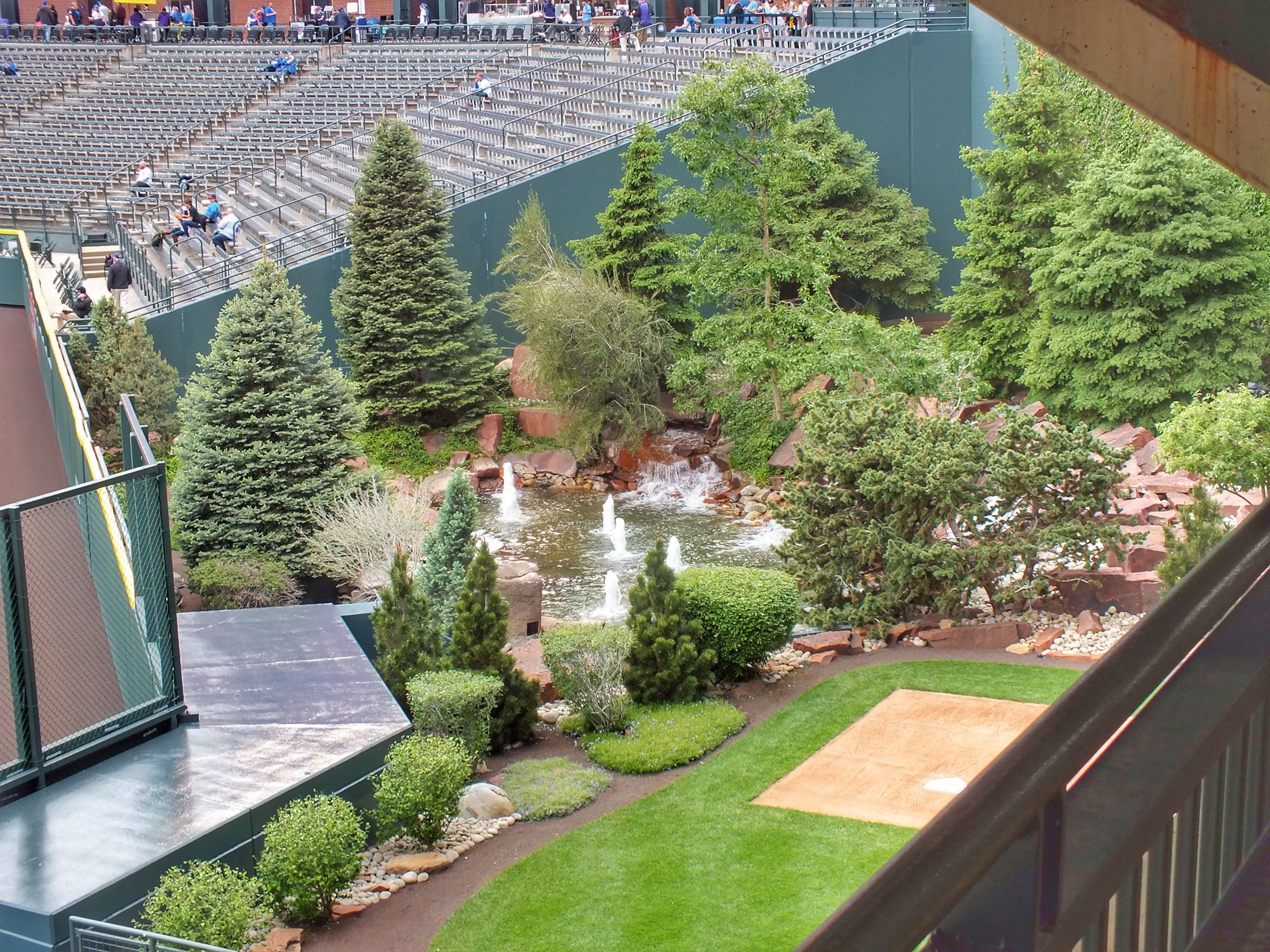 I went to the upper deck and immediately got yelled at by an usher. She said I could walk around the upper concourse and “pop in at any portal” to take pictures, but I couldn’t circle the stadium in the seating area. I wasn’t sure what difference it made, seeing how crowded it was at the time—as you can see from these photos. 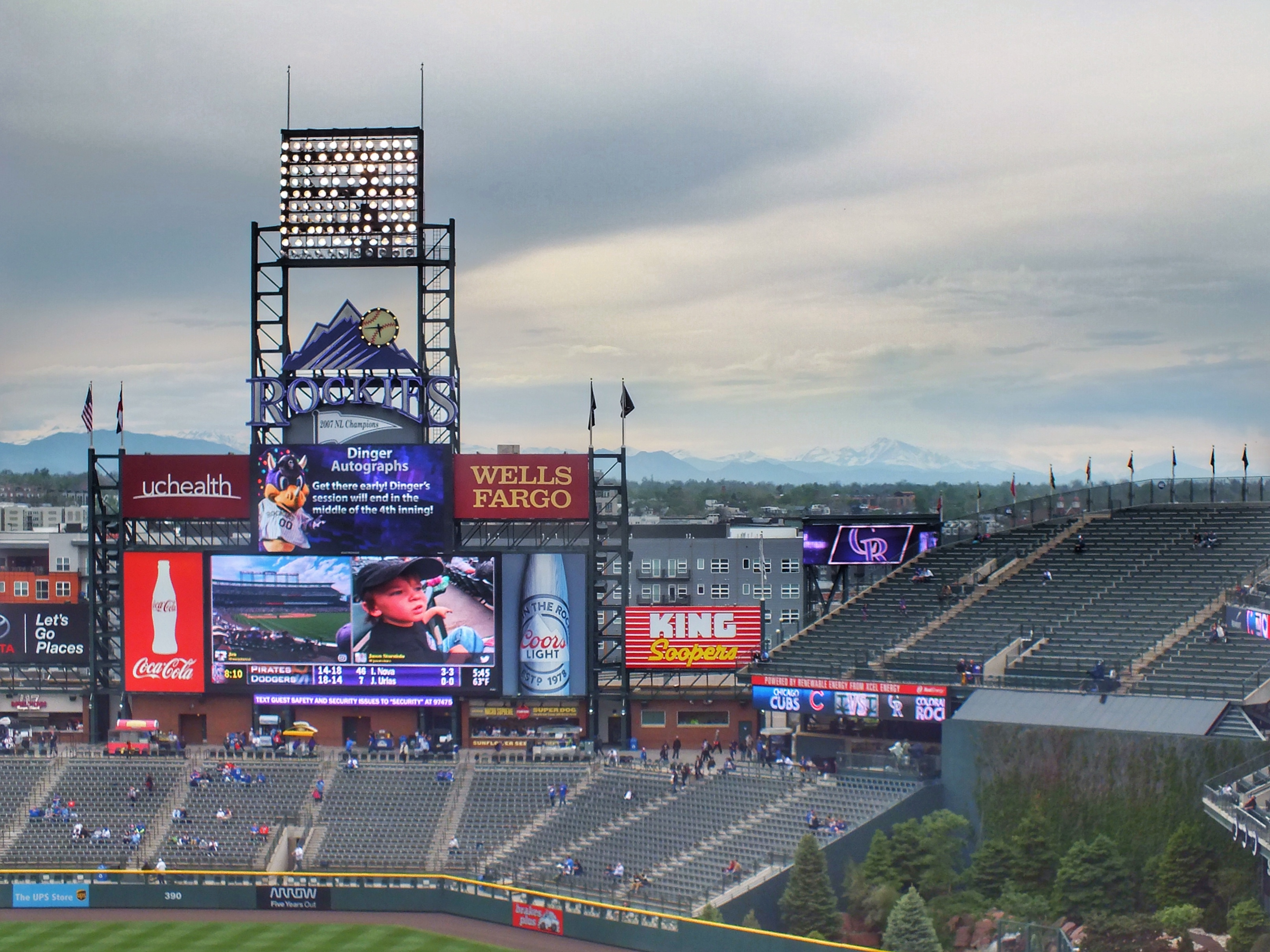 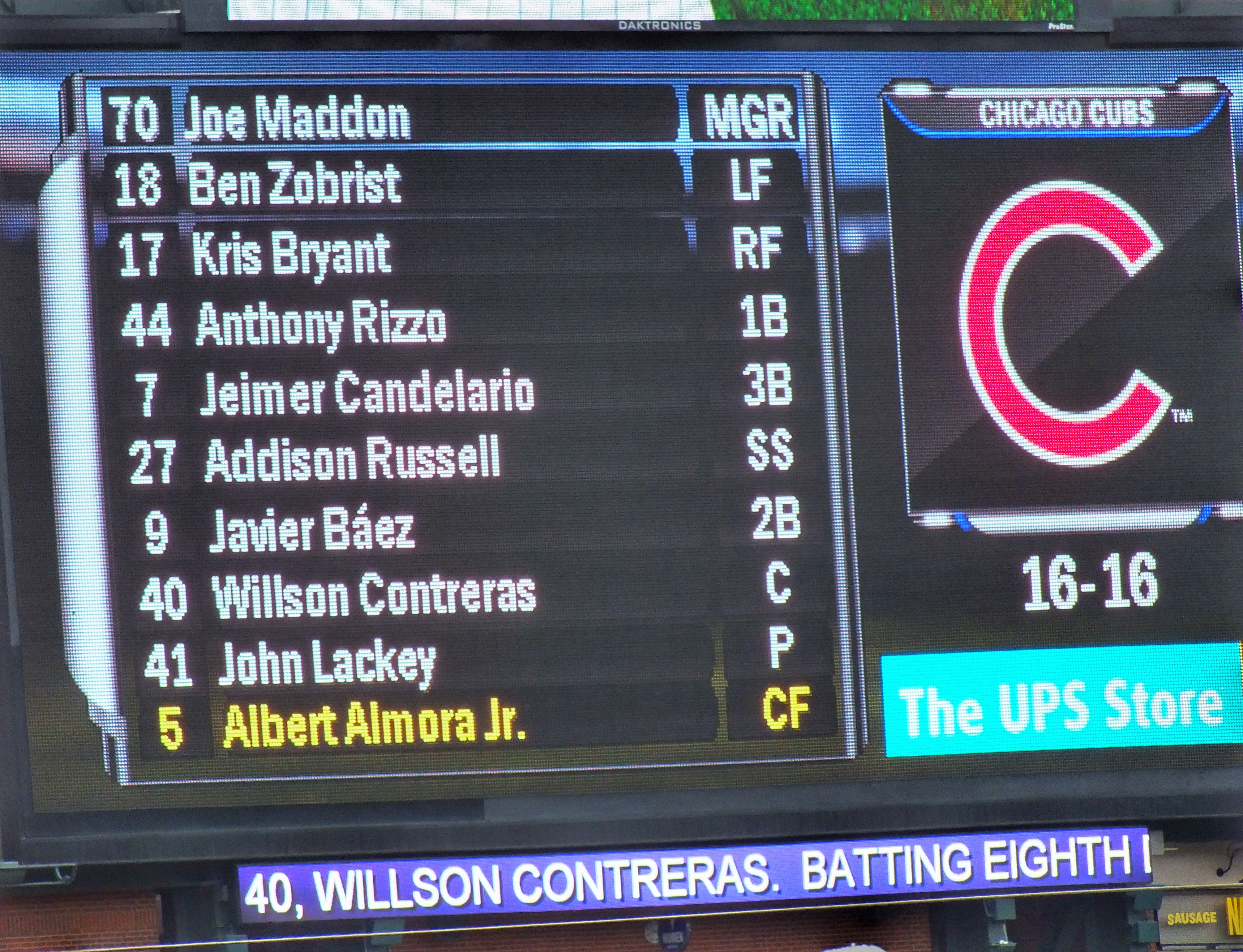 The Rockies are off to the best start in team history. 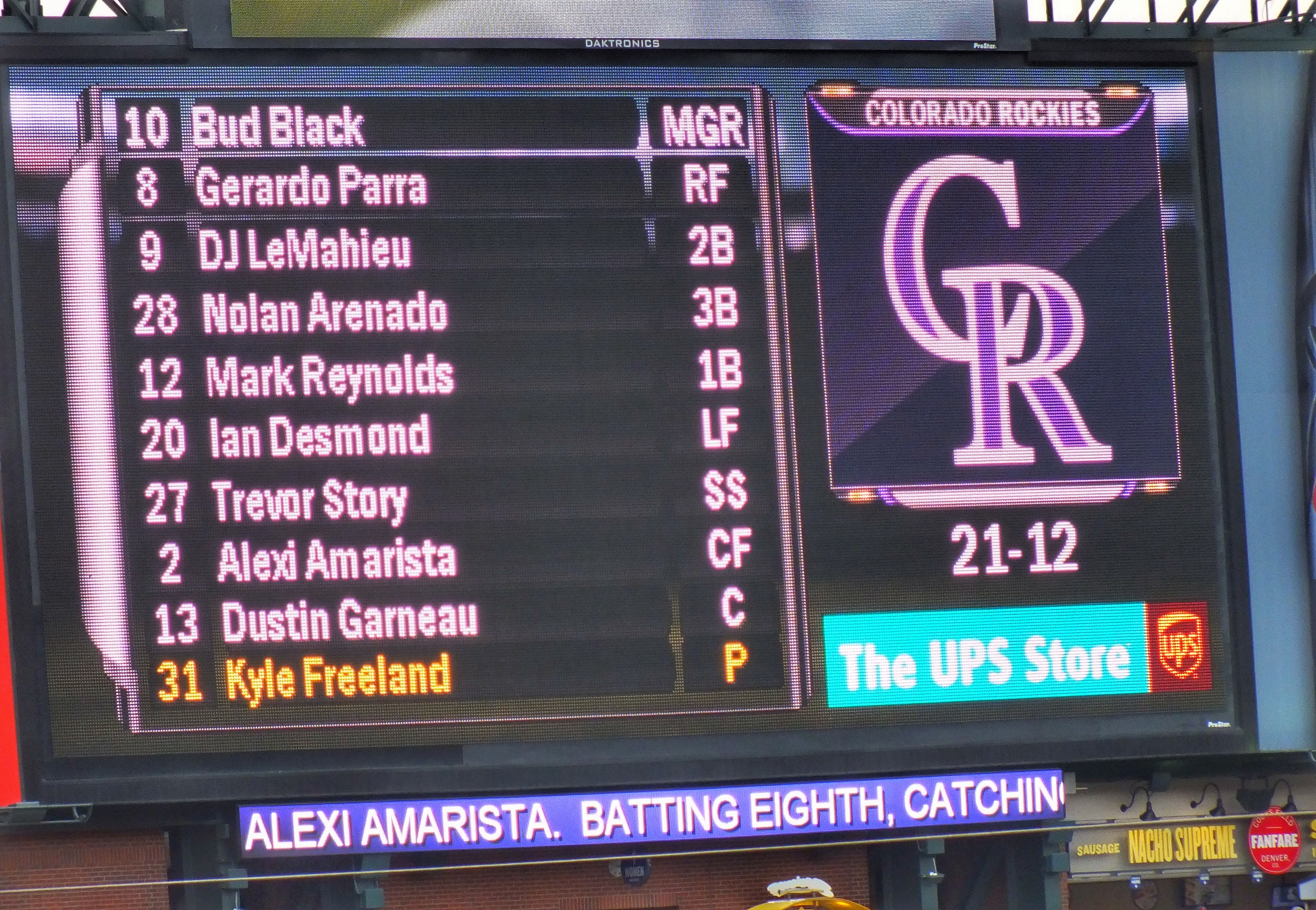 There were a lot of Cubs fans in Cubs colors, especially along the third-base line. It seemed like they made up at least half the crowd, but I don’t know if that was really the case. Dinger, the Rockies mascot, hassled some fans behind home plate. He took some kid’s Cubs hat, put some infield dirt in it, then put it on the kid’s head. 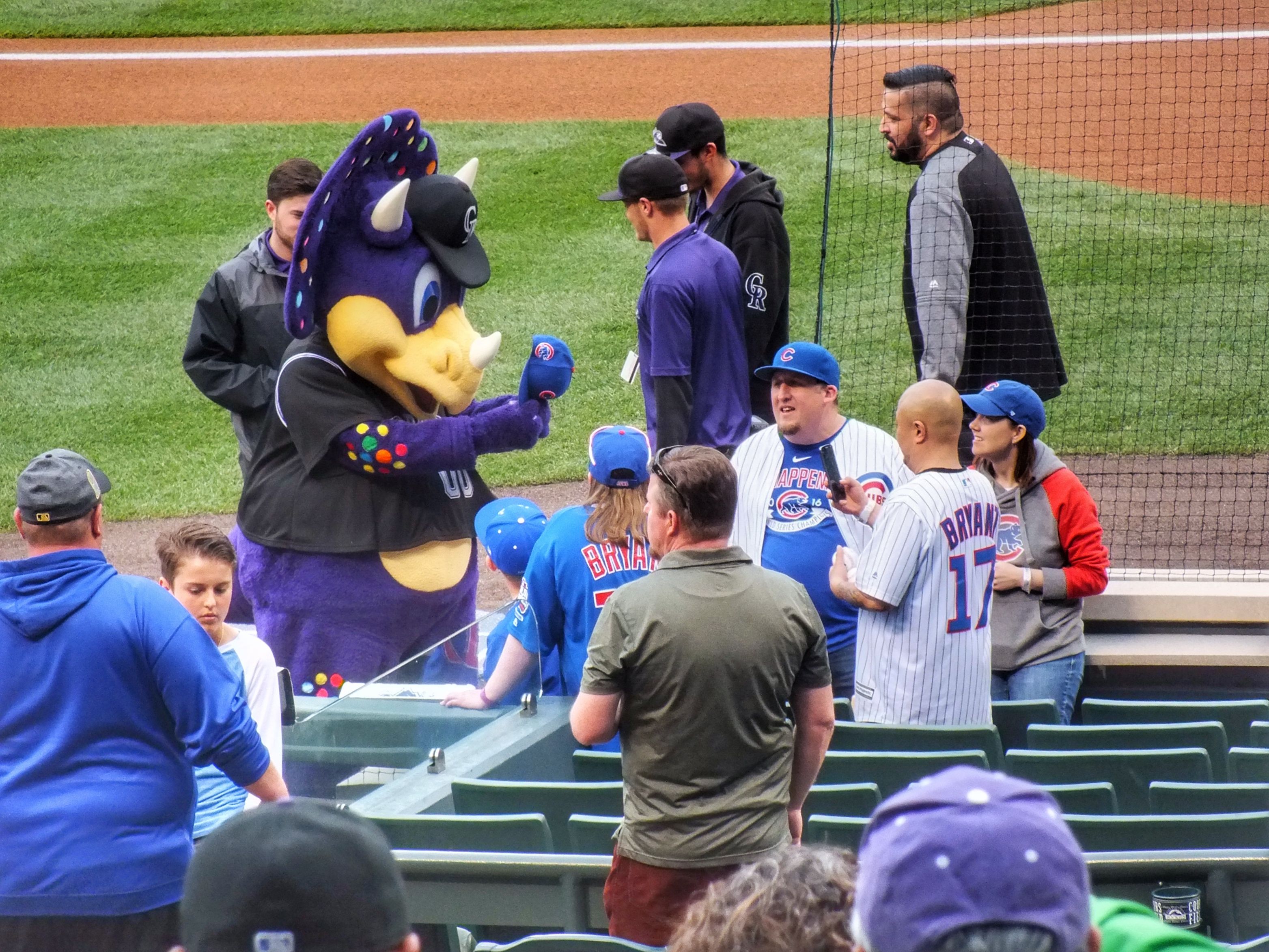 John Lackey pitched for the Cubs. His year hasn’t been going that well. Here he is coming in from the bullpen before first pitch, with catcher Willson Contreras and pitching coach Chris Bosio (behind him). 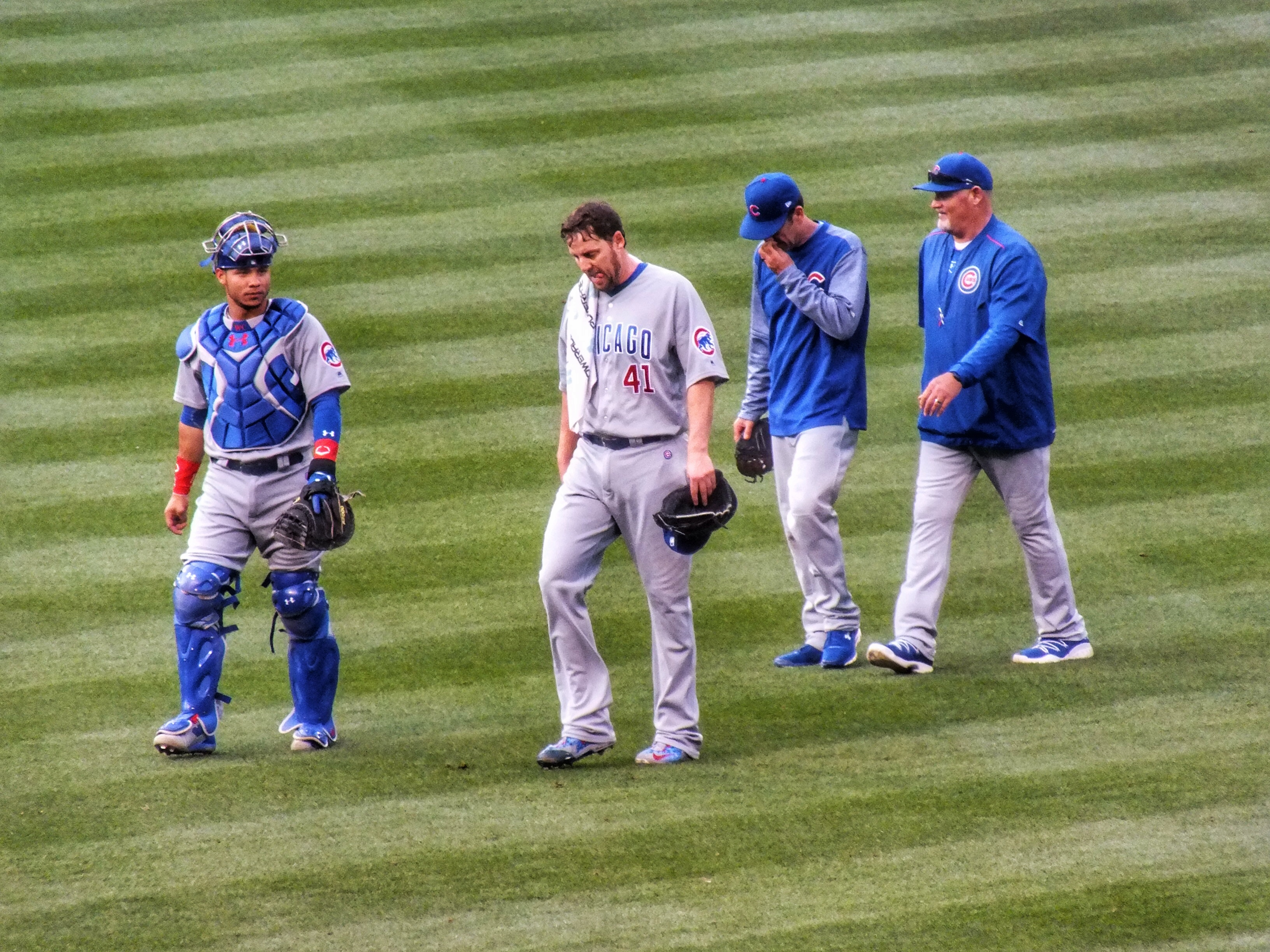 The stands were half empty when the game started, but kept filling up until they were almost packed—except for a section of seats right in front of us, which was nice. Here’s the first pitch, Kyle Freeland to Ben Zobrist with Kris Bryant on-deck. 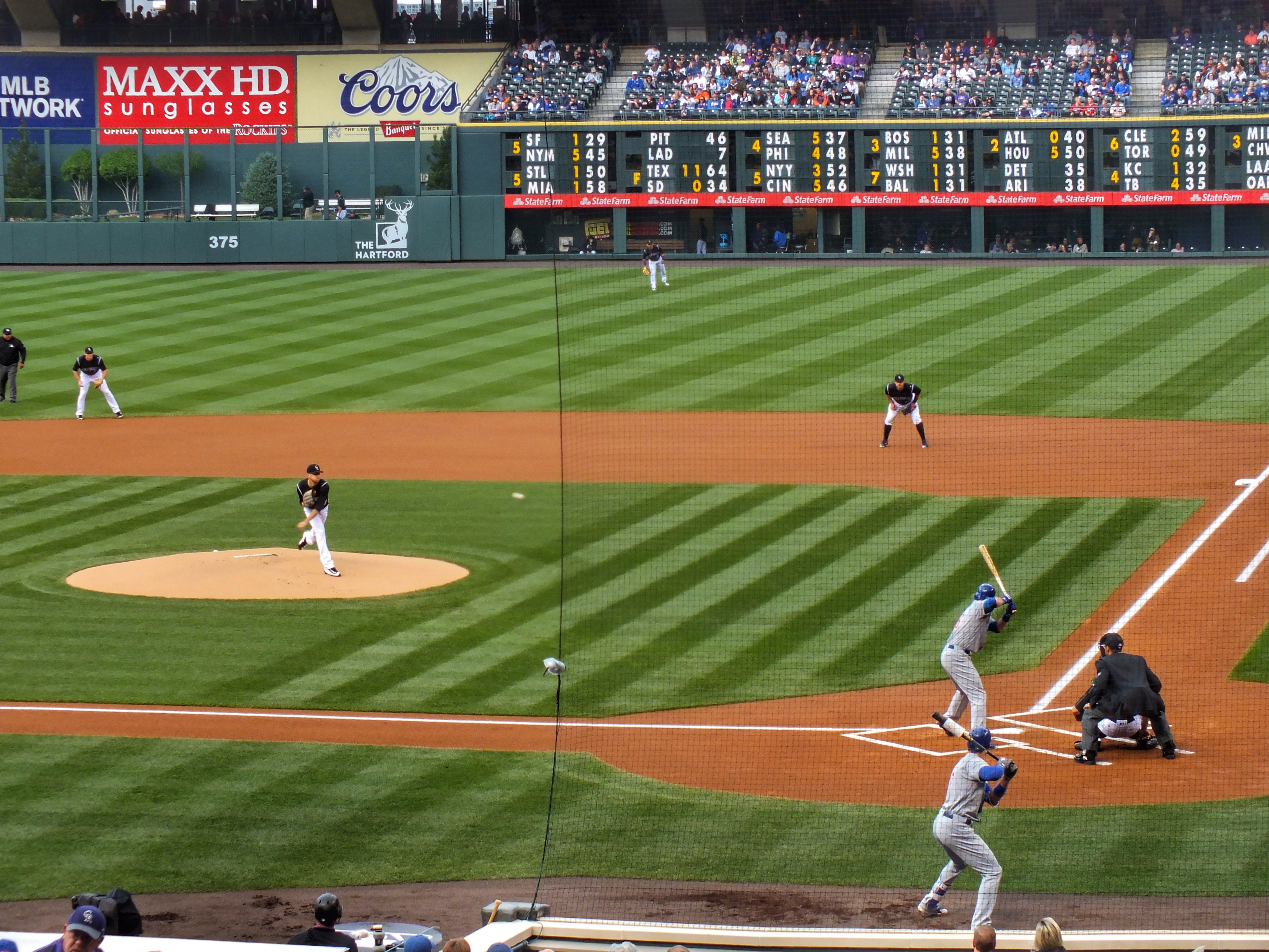 It turned out to be Lackey’s night. He became only the second visiting pitcher in Coors Field history to go six innings with 10 strikeouts and four or fewer hits. He used a cutter and slider to confound the Rockies’ batters. The Cubs scored five runs in the second inning thanks to a couple errors by Rockies infielders and an RBI single by Lackey. 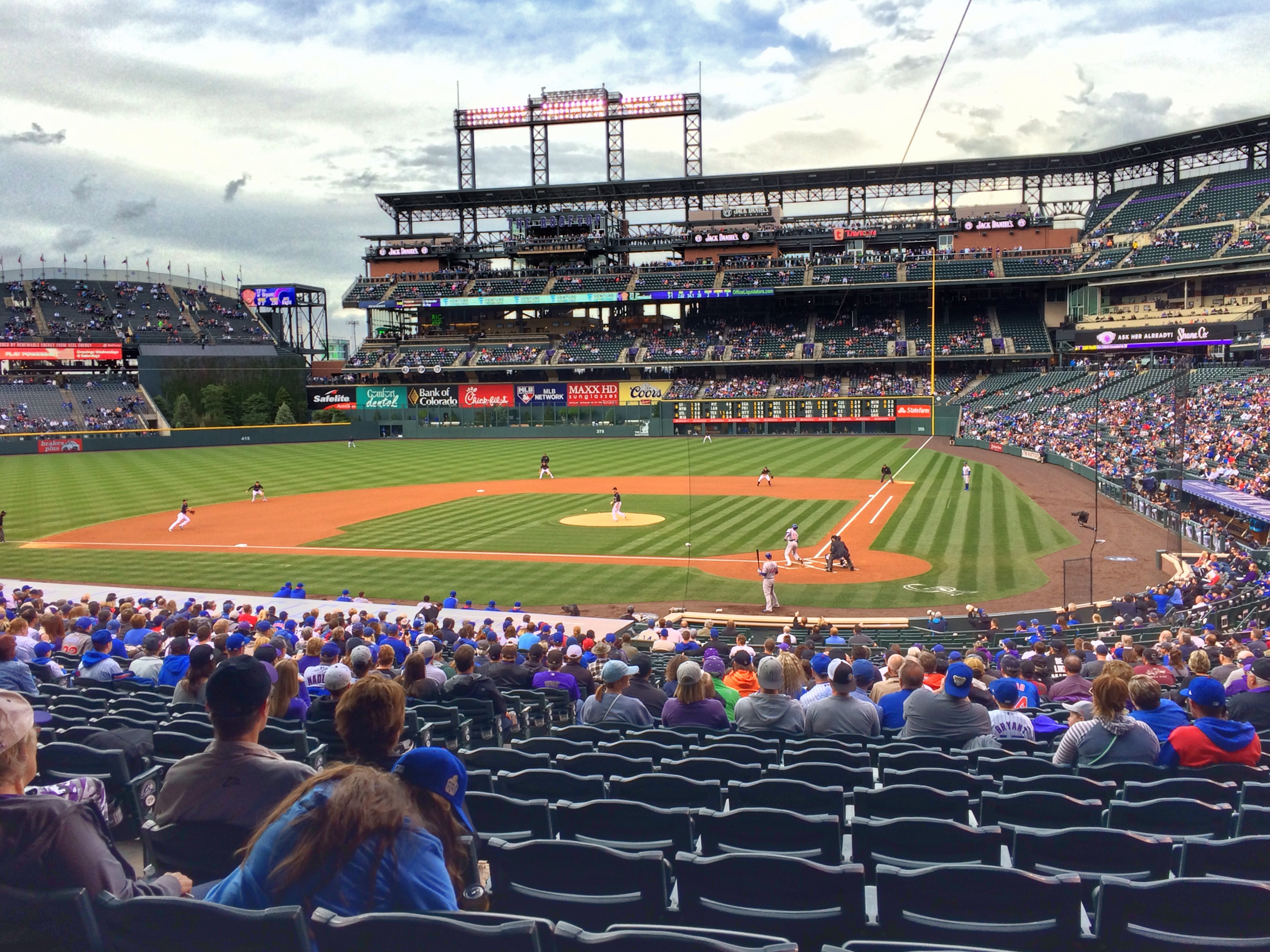 The stretch entertainment included a race between a tooth, a toothbrush, and a tube of toothpaste. The tooth won. 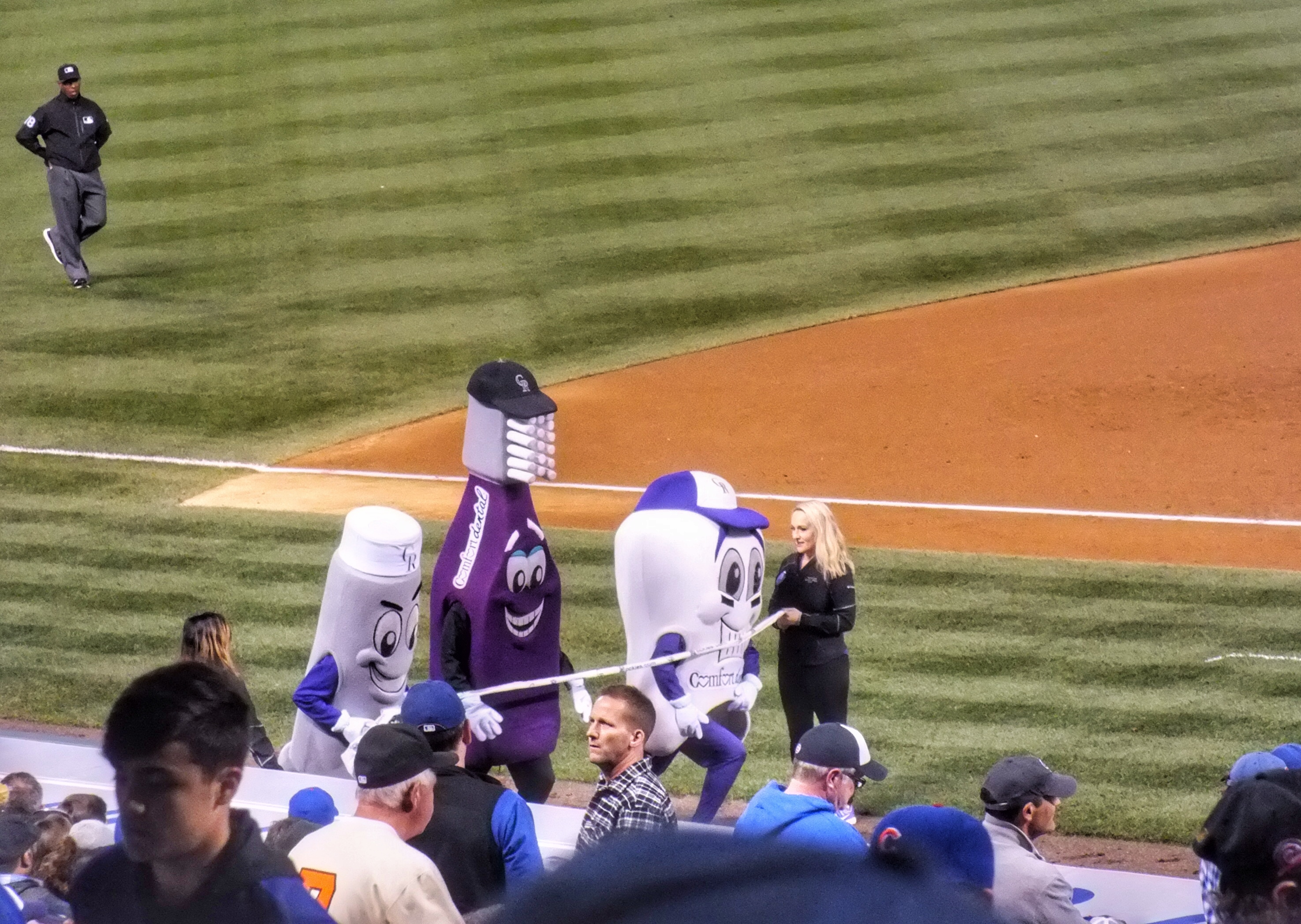 The score stayed 5-0 into the eighth inning. Addison Russell walked with one out. That brought up Javier Baez. After the first pitch, I said, “he’s going to hit a home run here.” Four pitches later, he did just that—a sky-high blast that just reached the bleachers in right. 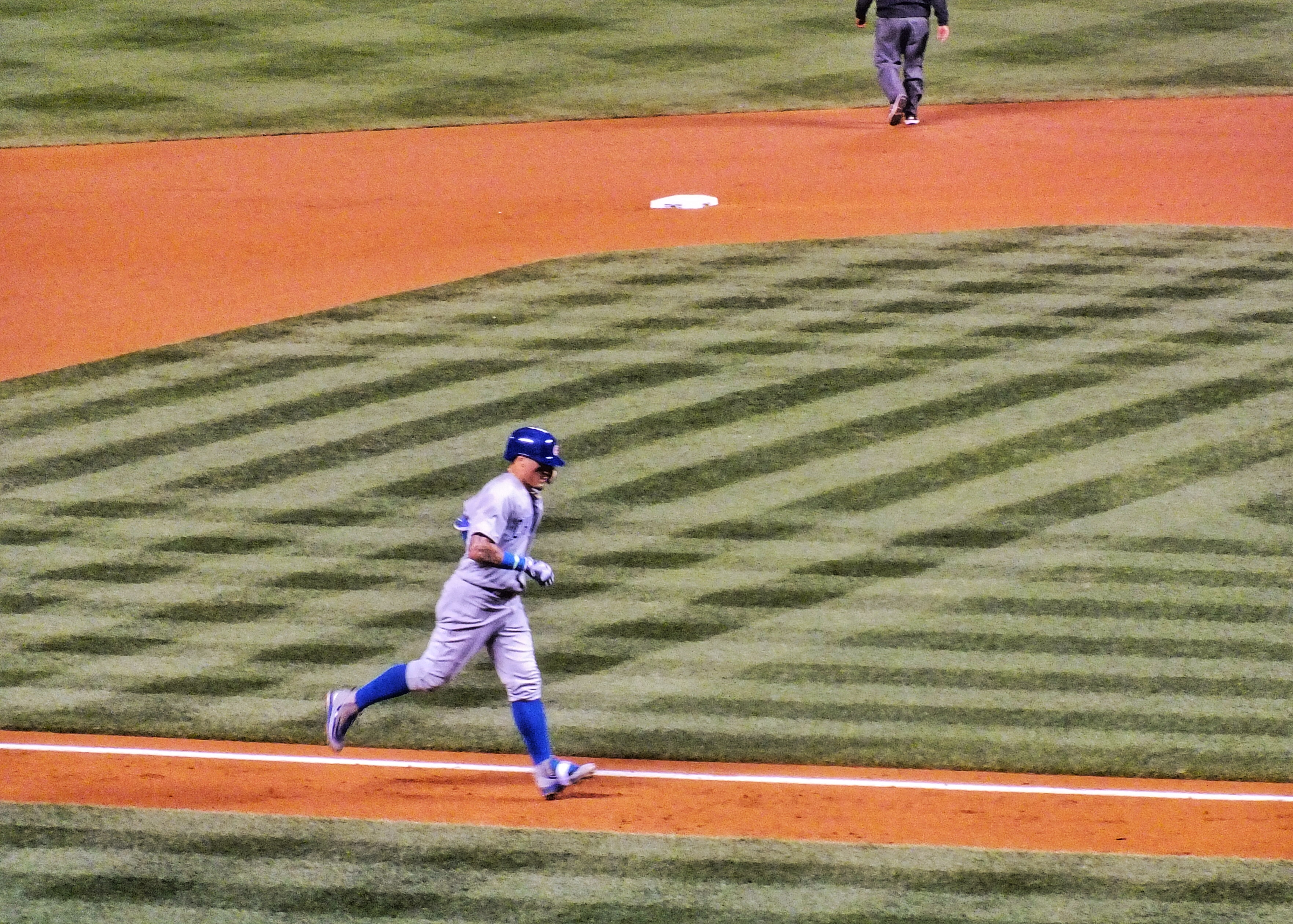 The Rockies scored a single run in the bottom of the inning, thanks to an error by John Jay in left field. Bryant hit a line shot to right in the ninth to make the score 8-1. 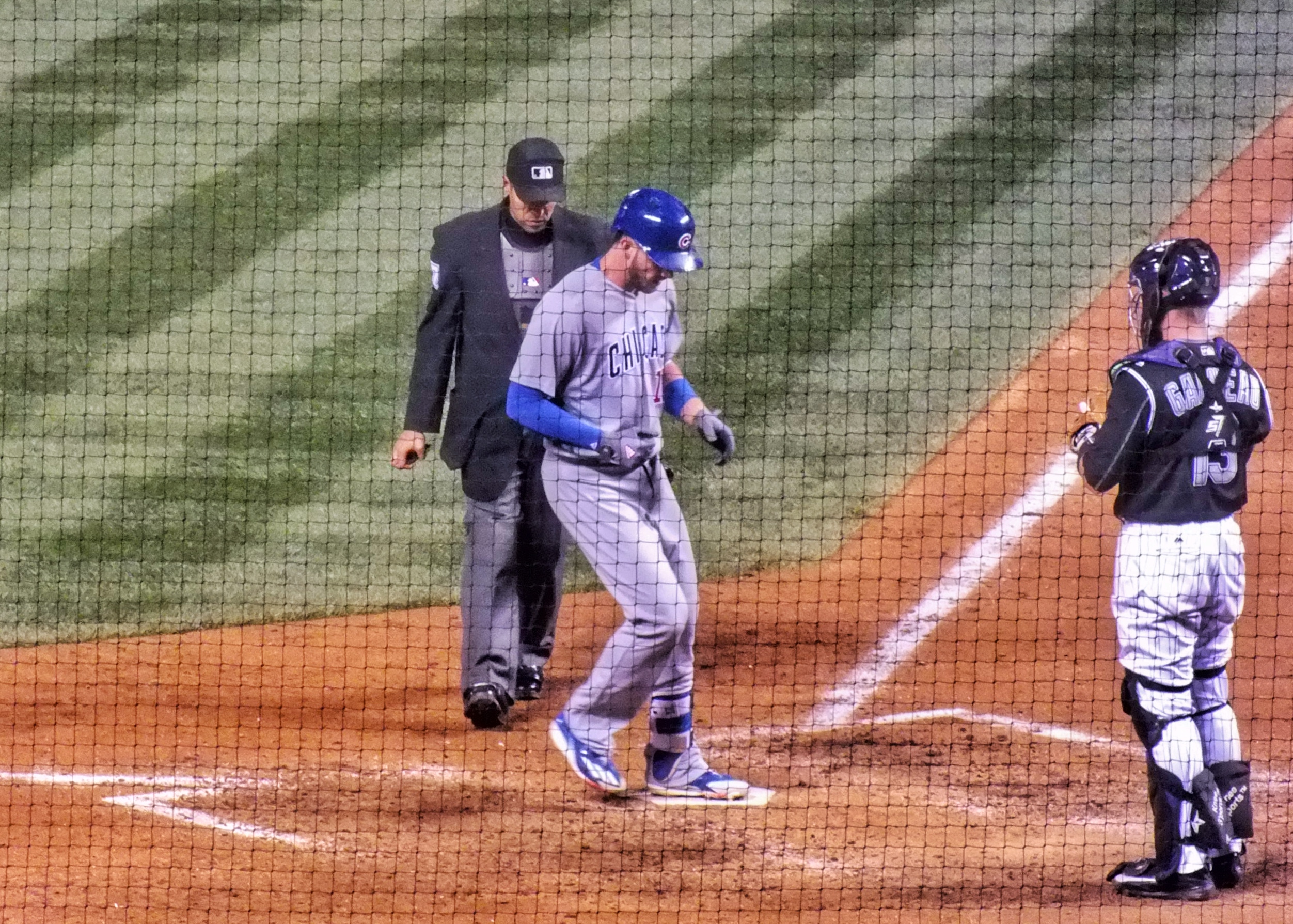 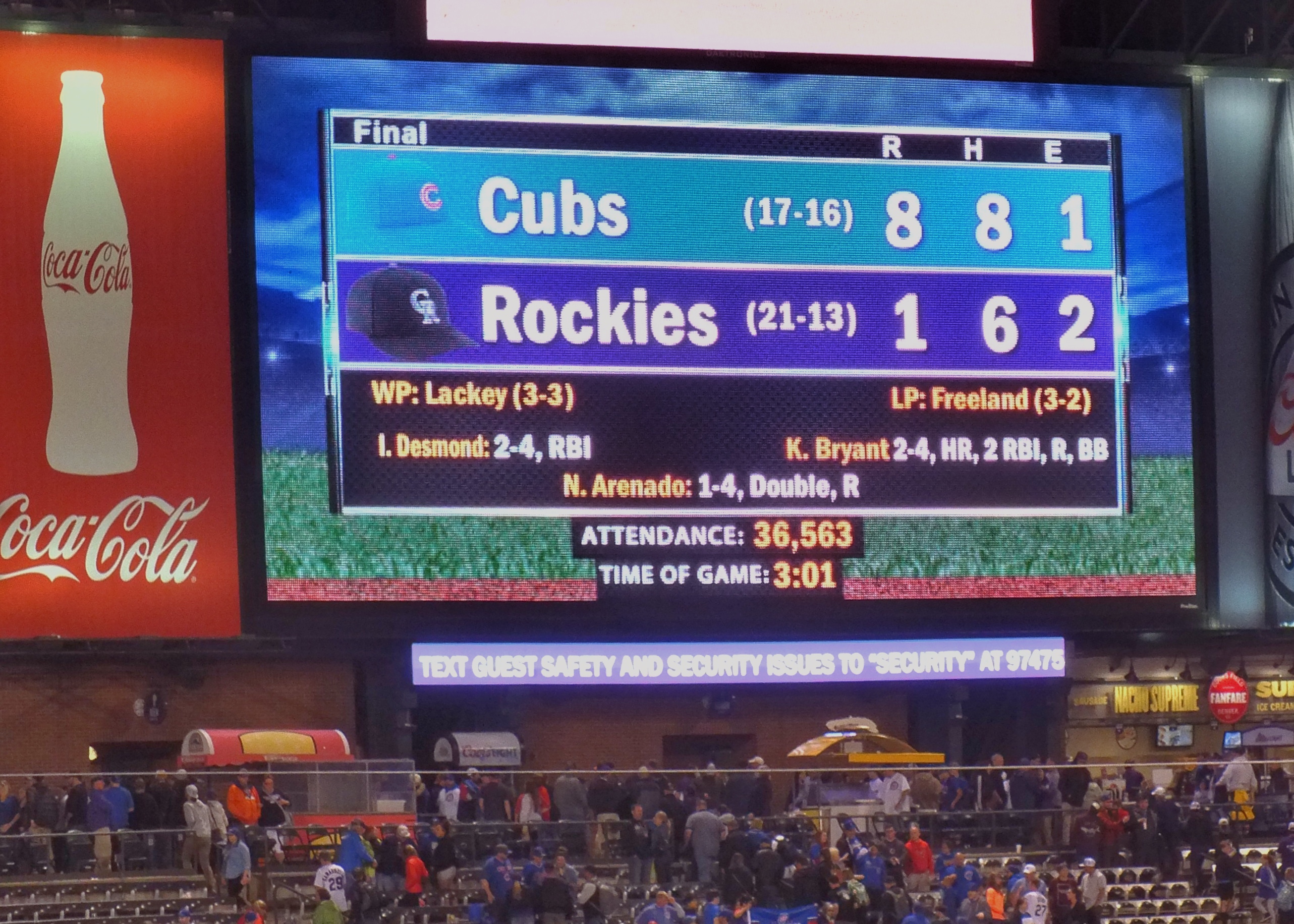 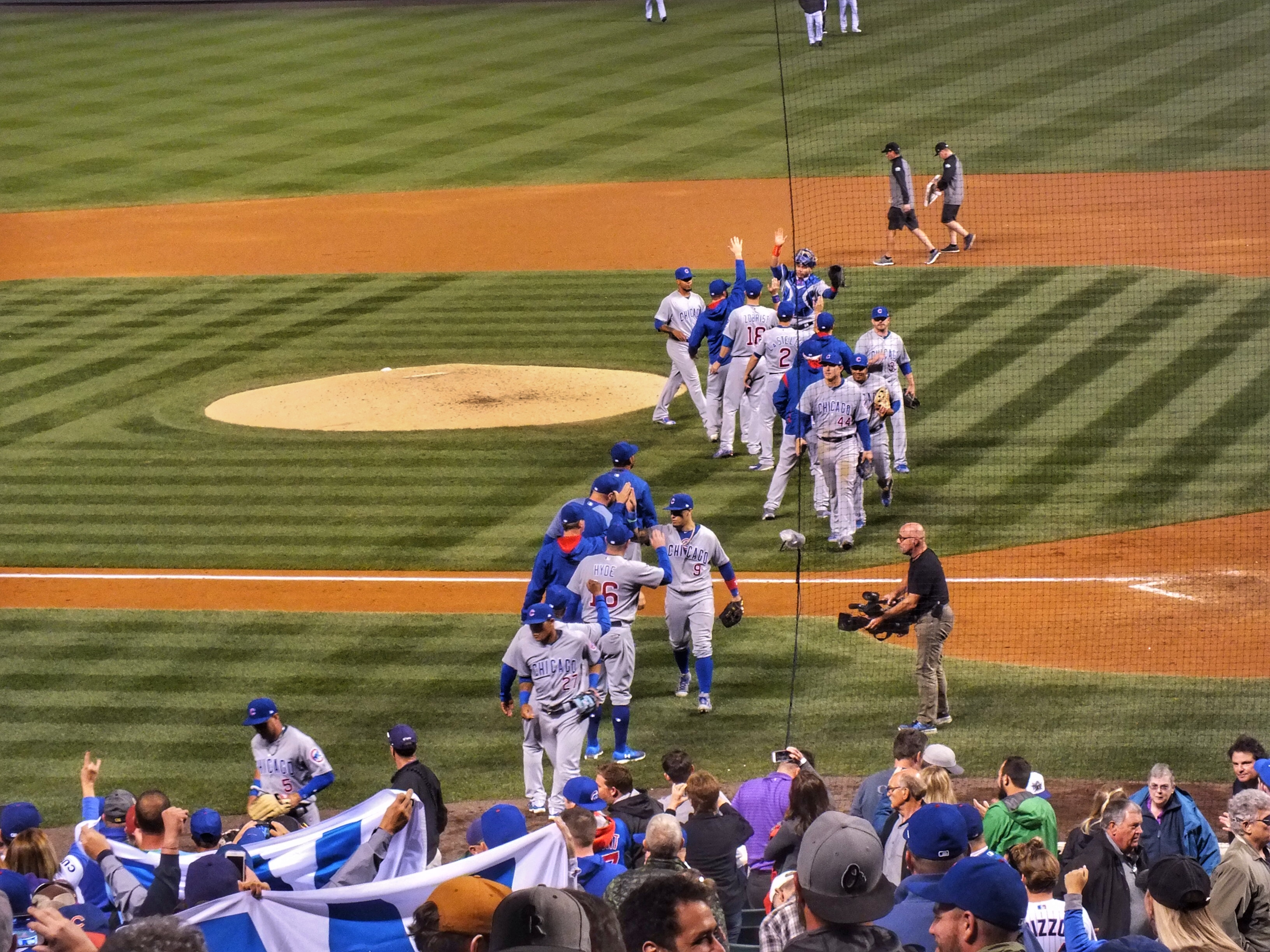 Our parking lot was just a few blocks off I-25, and we cruised right out. 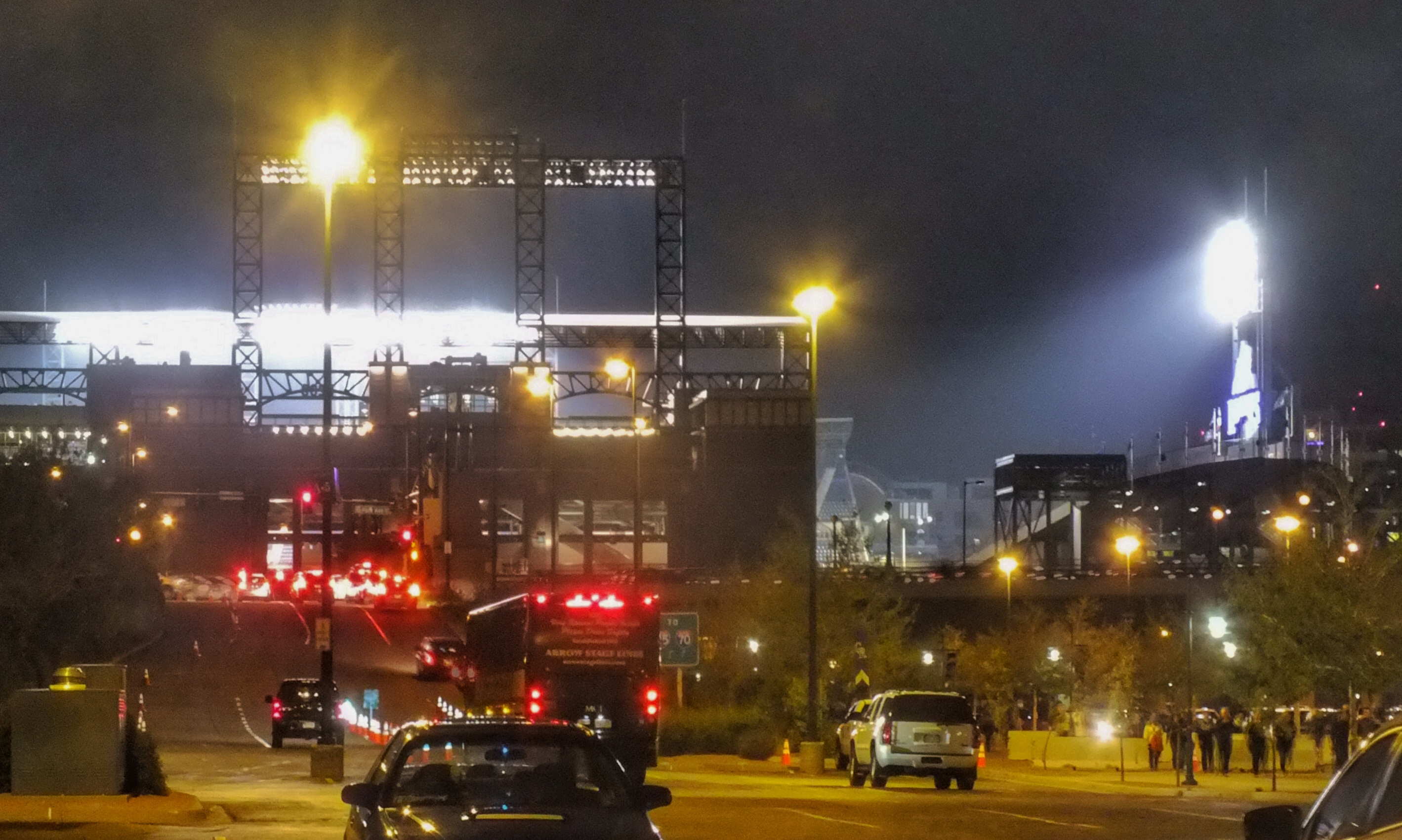 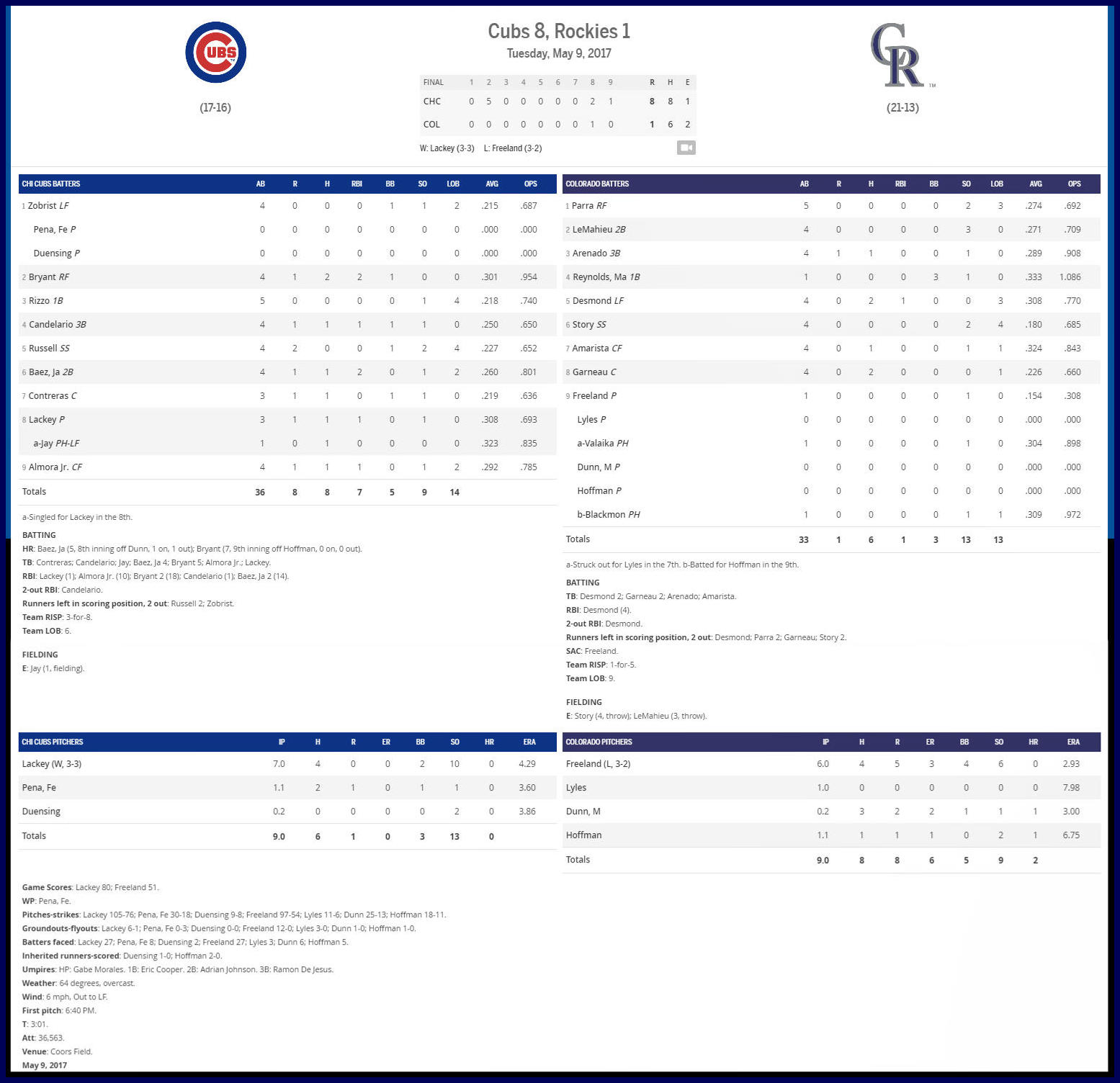