After striking out in five tries at the Western Screech-Owl at Clear Springs Ranch earlier this year, I didn’t hold out much hope for this bird that has been reported off and on all winter in Cañon City. But I had a free Saturday, and there were no other exciting birding options so I decided to head down.

I parked near the train depot and headed east. I had two pieces of information:  I knew the owl had been seen west of South Raynolds Avenue, and I had downloaded some closeup photos of the owl in the hole where it liked to hang out.

I wandered slowly, keeping my eyes on the cottonwoods. And there were a lot of them. The trail soon opened up into a park and split into three paths as it passed through a wooded area. I walked for about two miles on the path closest to the river and enjoyed some beautiful weather but very few birds.  I’d gone all the way to South Raynolds when I spotted another birder, a man probably in his 70’s.

He saw my binoculars and nodded. So I asked, “Do you happen to know where the screech-owl has been seen?” He did. He pointed through the woods to a blue outhouse, then went into copious detail about where the tree was relative to the porta potty. He was kind and gracious and gave me every bit of information he had. He also said that he thought the owl only hung out there in the winter, so he didn’t figure my chances were very good.

I thanked him heartily and headed over. I also didn’t figure my chances were very good because owls are never where they’re supposed to be when I look for them.

But as I got close to the outhouse, I looked where I had been told to look. And there was the owl.  A couple people walked by on the trail, and I directed my attention elsewhere to keep the location hidden. It’s very unlikely that anyone would spot it who wasn’t an experienced birder or who hadn’t been told where to look. I’m not sure where that leaves me. I might have found it—I was planning on sticking around long enough to walk all the trails. But it was very easy to miss. (The arrow wasn’t there in real life.) 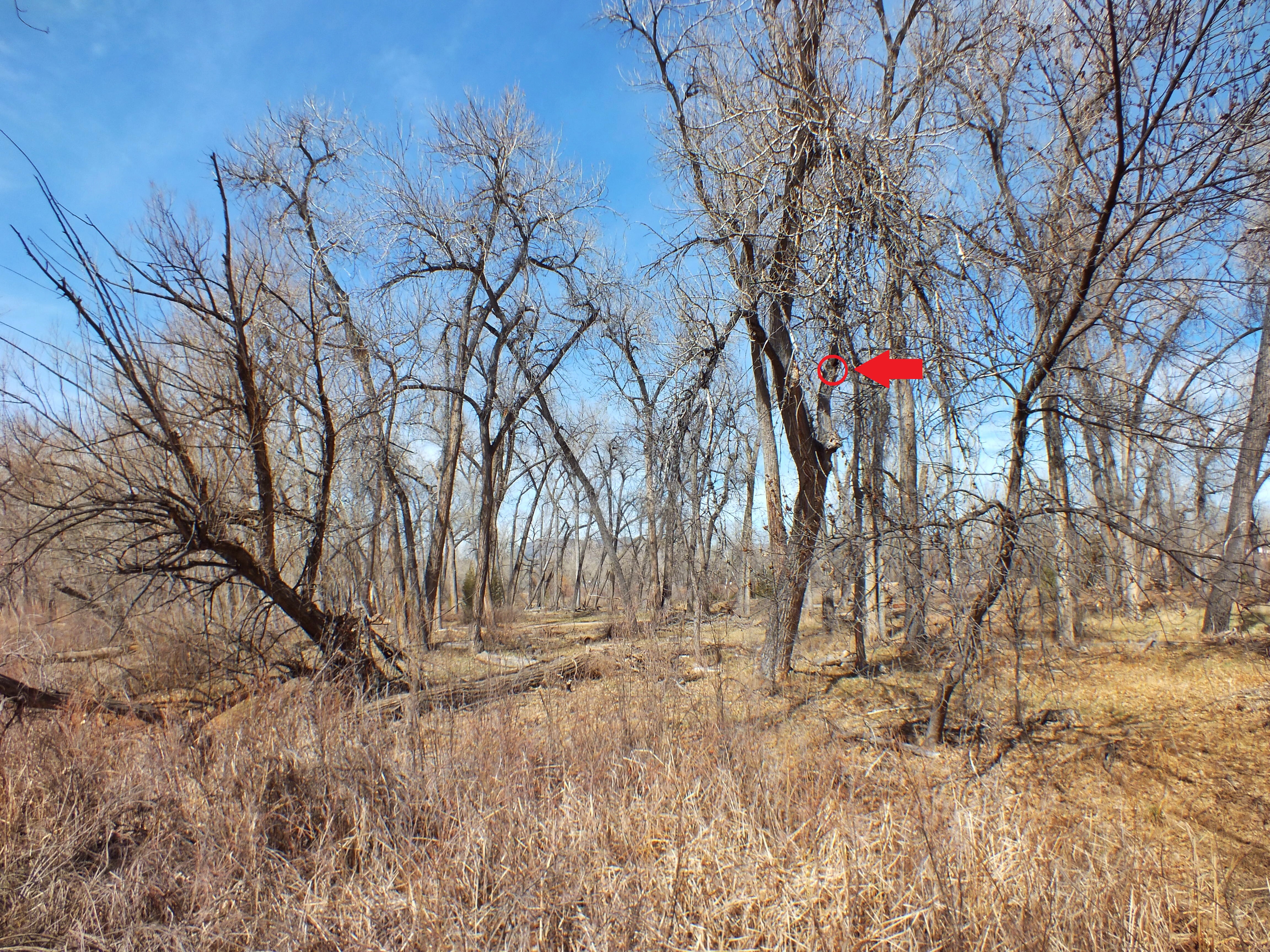 I hung around for about 20 minutes and never saw it move or open its eyes. I walked up and down a couple yards to get some different angles, but I didn’t leave the path to try to get closer. 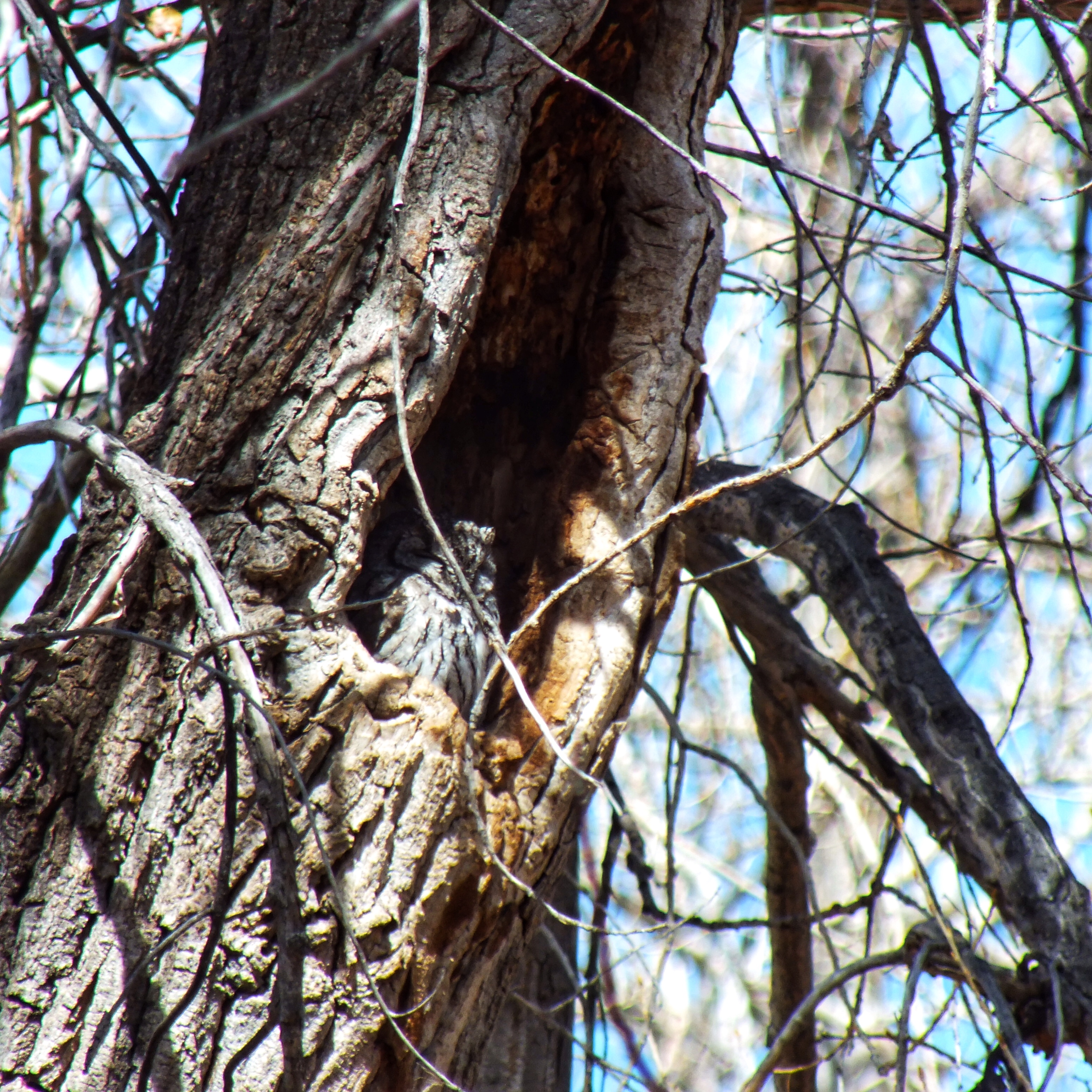 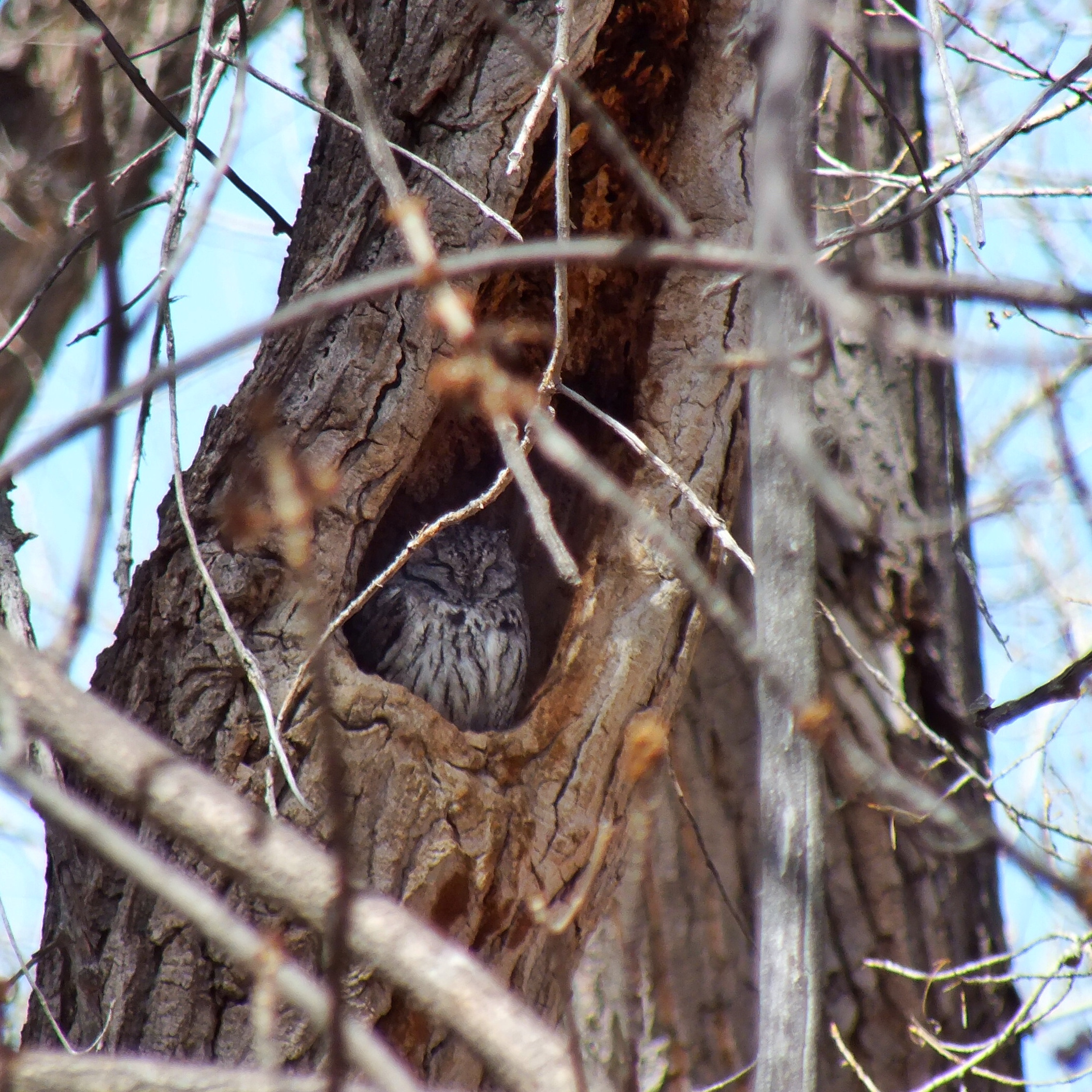 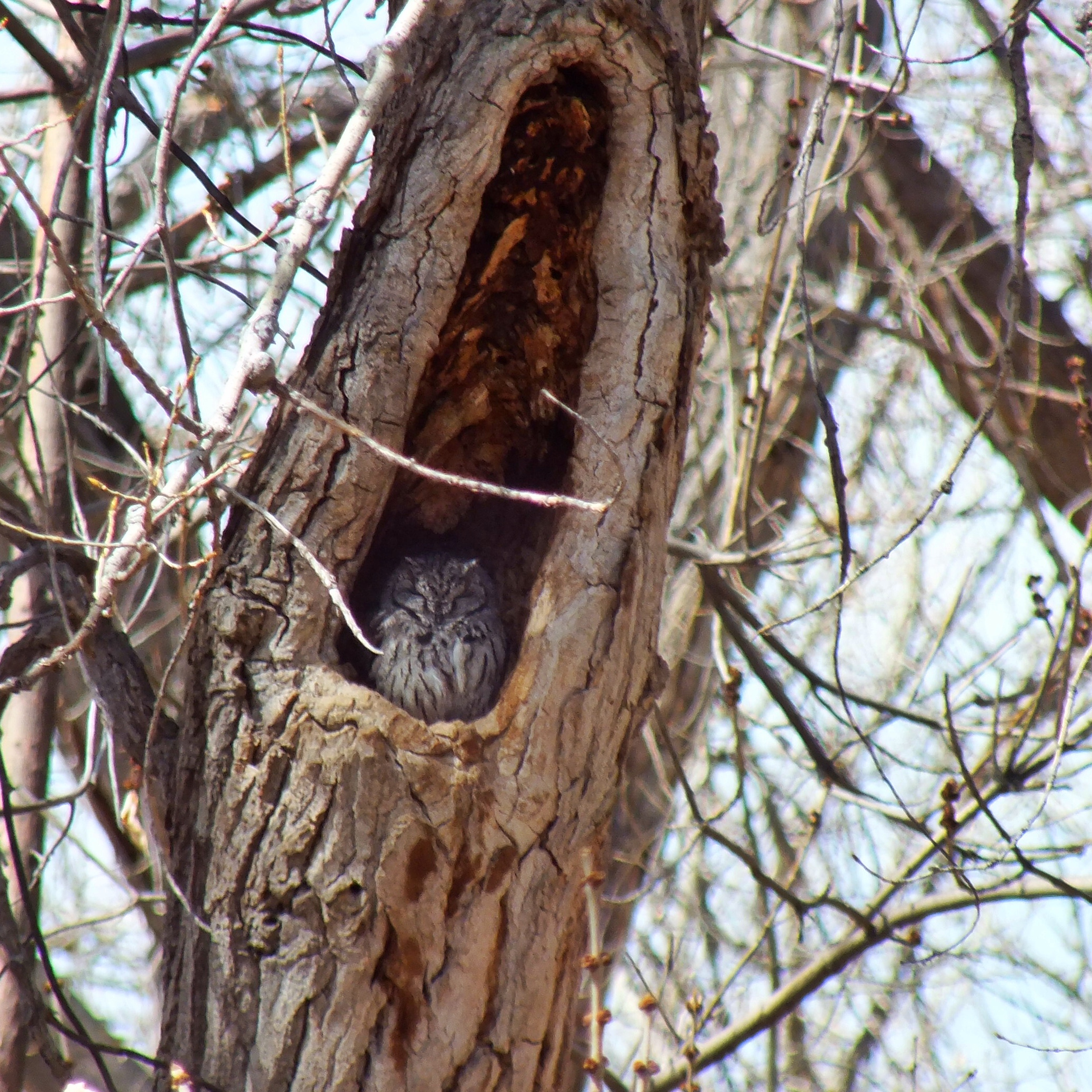 Screech-owls are strictly nocturnal. The only chance to see them in the daytime is to find one roosting in a cavity like this. And as far as I know, they only roost like this on sunny days. I took some video, but since the owl didn’t move, the movies just look like the photos, except shakier.

In all my years of birding, I’ve never seen an Eastern Screech-Owl, which is more common than the western species. I heard one in Arkansas one May back in the early 80’s, but never again in all our trips down there. Of course, most of my birding was pre-eBird, which made it less likely that I’d hear about one. Another factor, I think, is that, while the western species is less common, it’s easier to find because its habitat occurs in isolated chunks—at least along the eastern edge of the Rockies.