Route 50 curves away from the Arkansas River just west of Cañon City. This isn’t surprising, because the river cuts through the Royal Gorge just west of town. Right where the road curves, there’s a trailhead for the Tunnel Drive Trail, an old railroad bed that has been carved into the hillside above the river. There’s a 100-yard climb from the parking lot, but then the trail flattens out for the rest of the two-mile length. Three tunnels have been carved through the rock near the start of the trail.

I arrived mid-afternoon and took the last parking spot in the small lot. 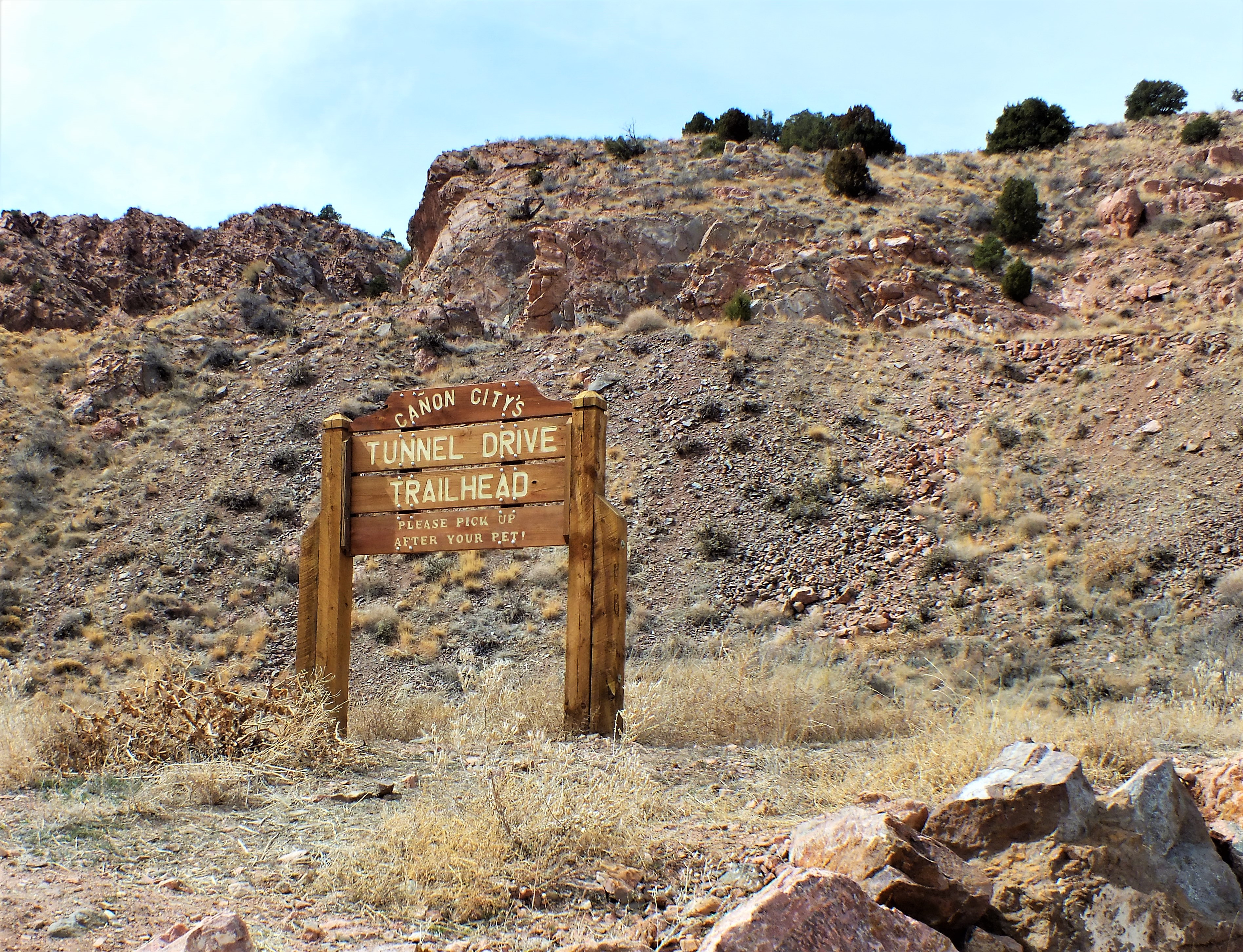 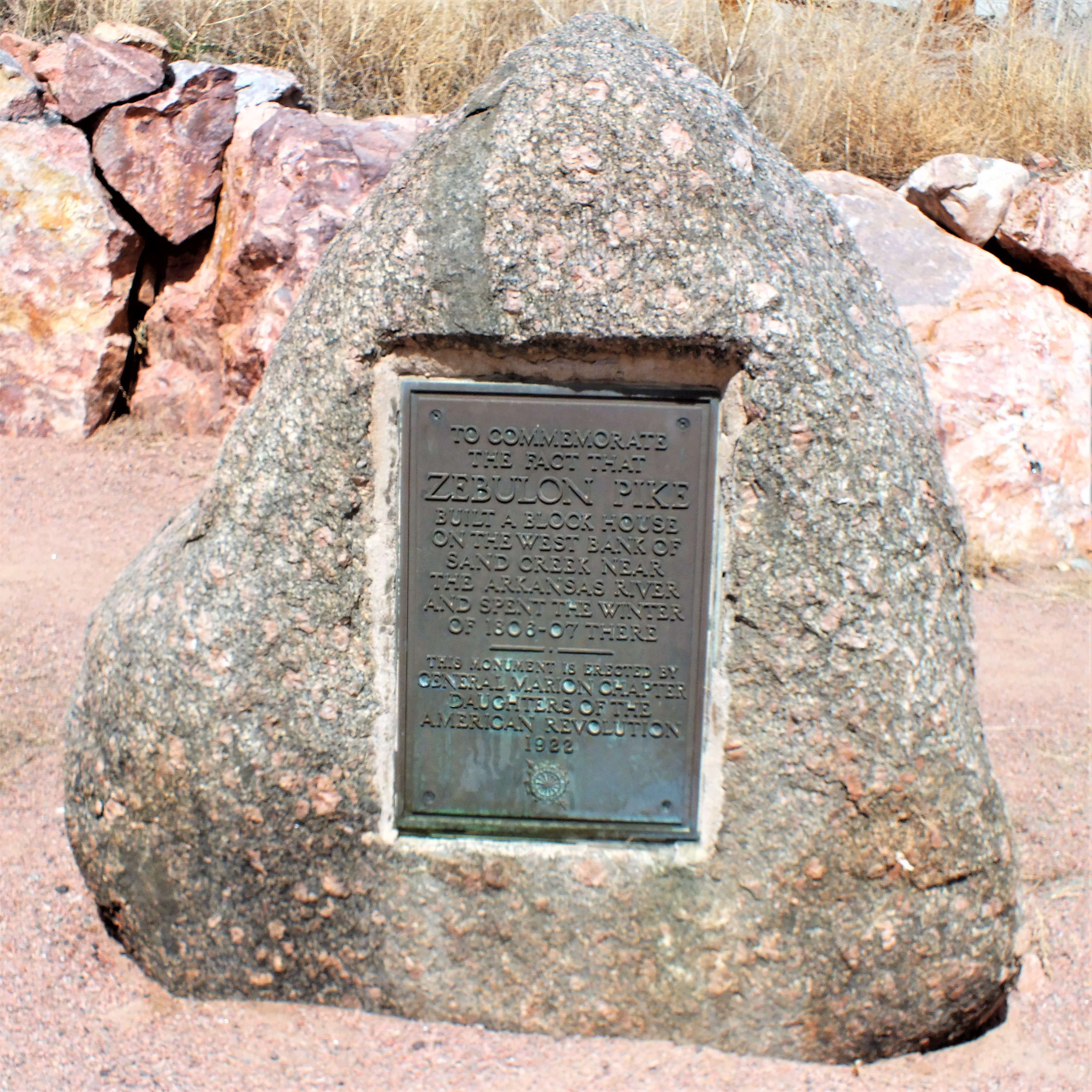 As I climbed the initial slope, a Rock Squirrel observed from a point of rocks above the trail. 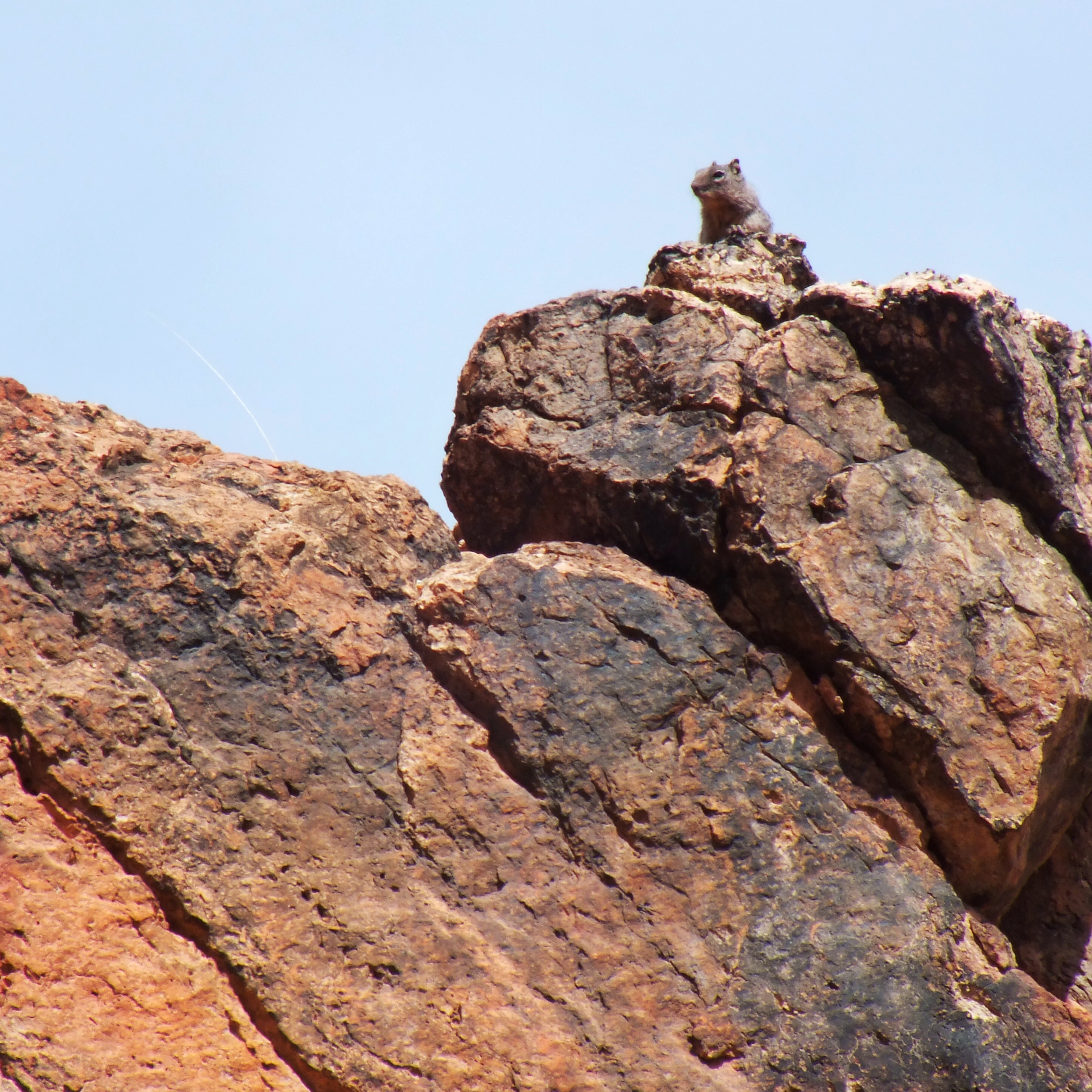 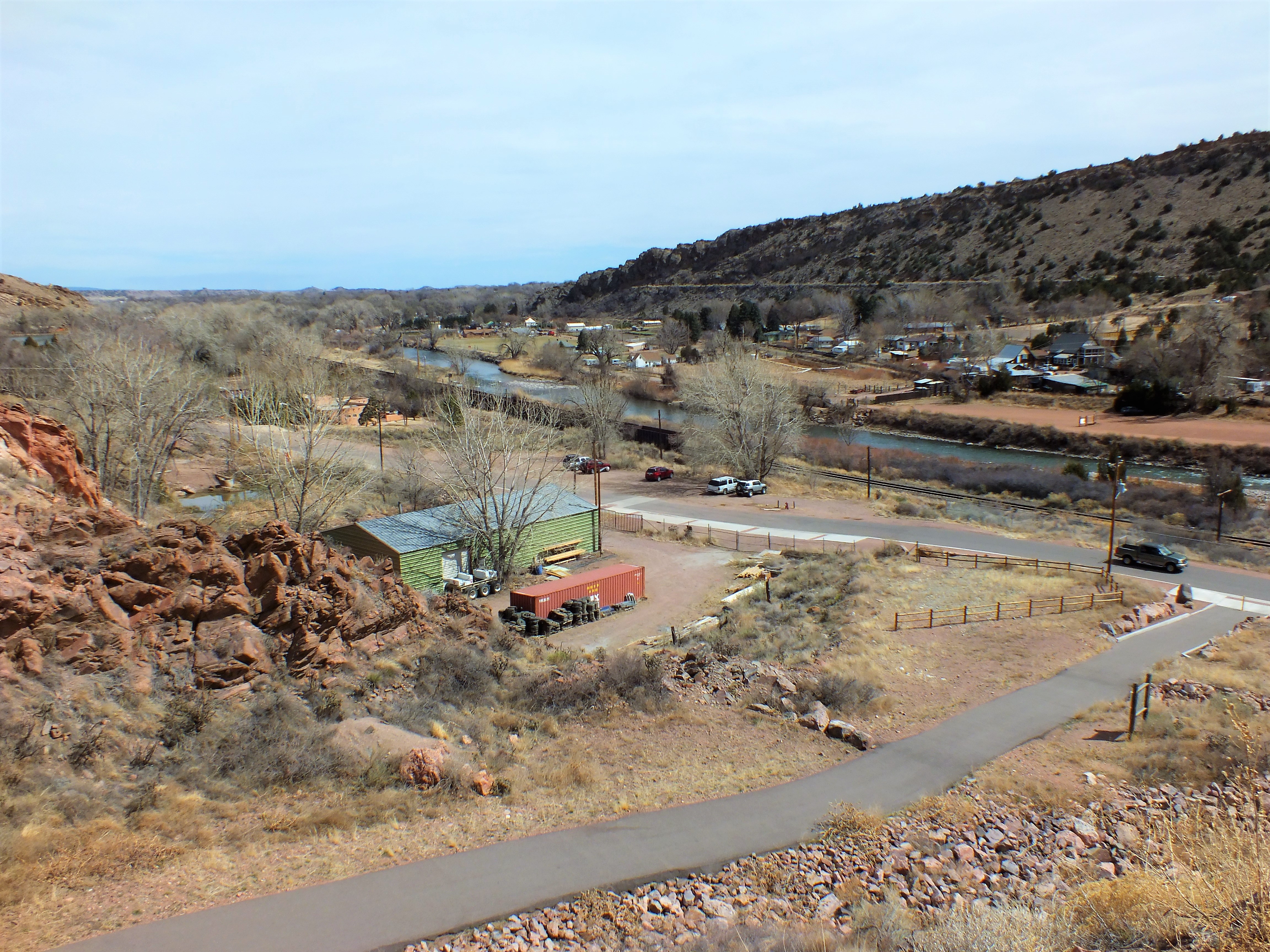 The tunnels were just around the first bend. There were two short ones close together. 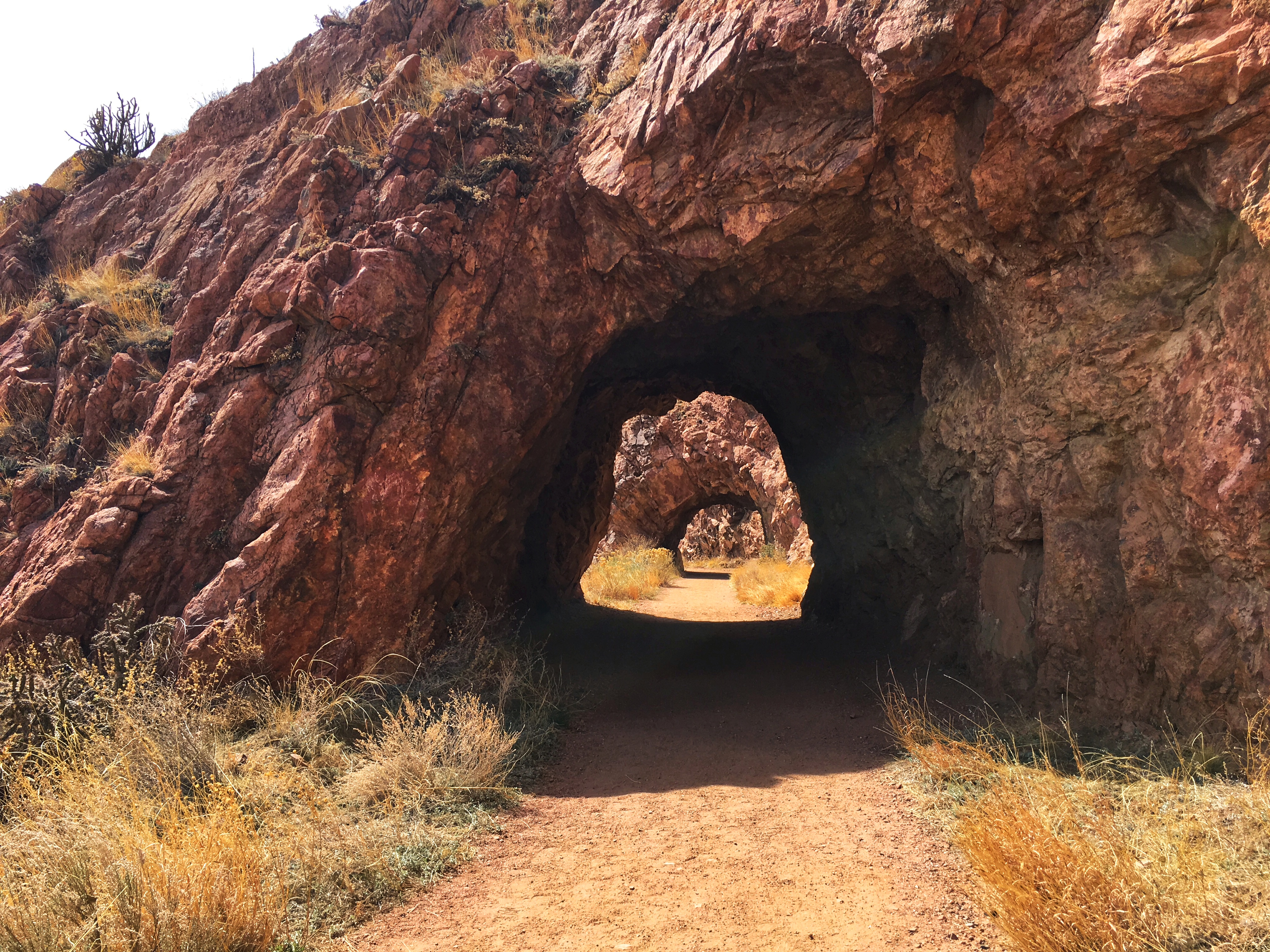 And then a little further on, a longer one. 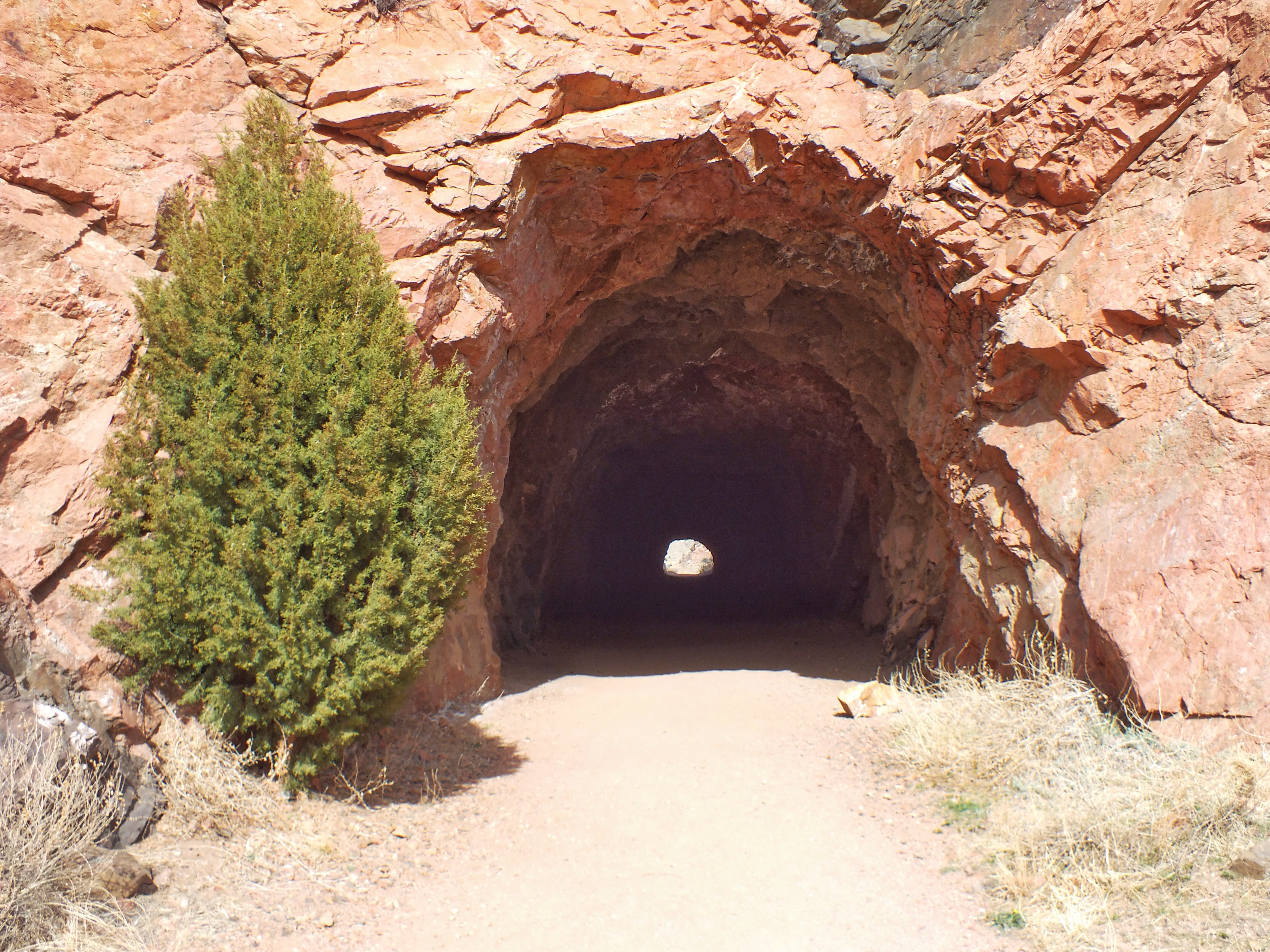 There was usually, but not always, other hikers visible somewhere in front or behind me. The hills along the river got higher the further west I walked. 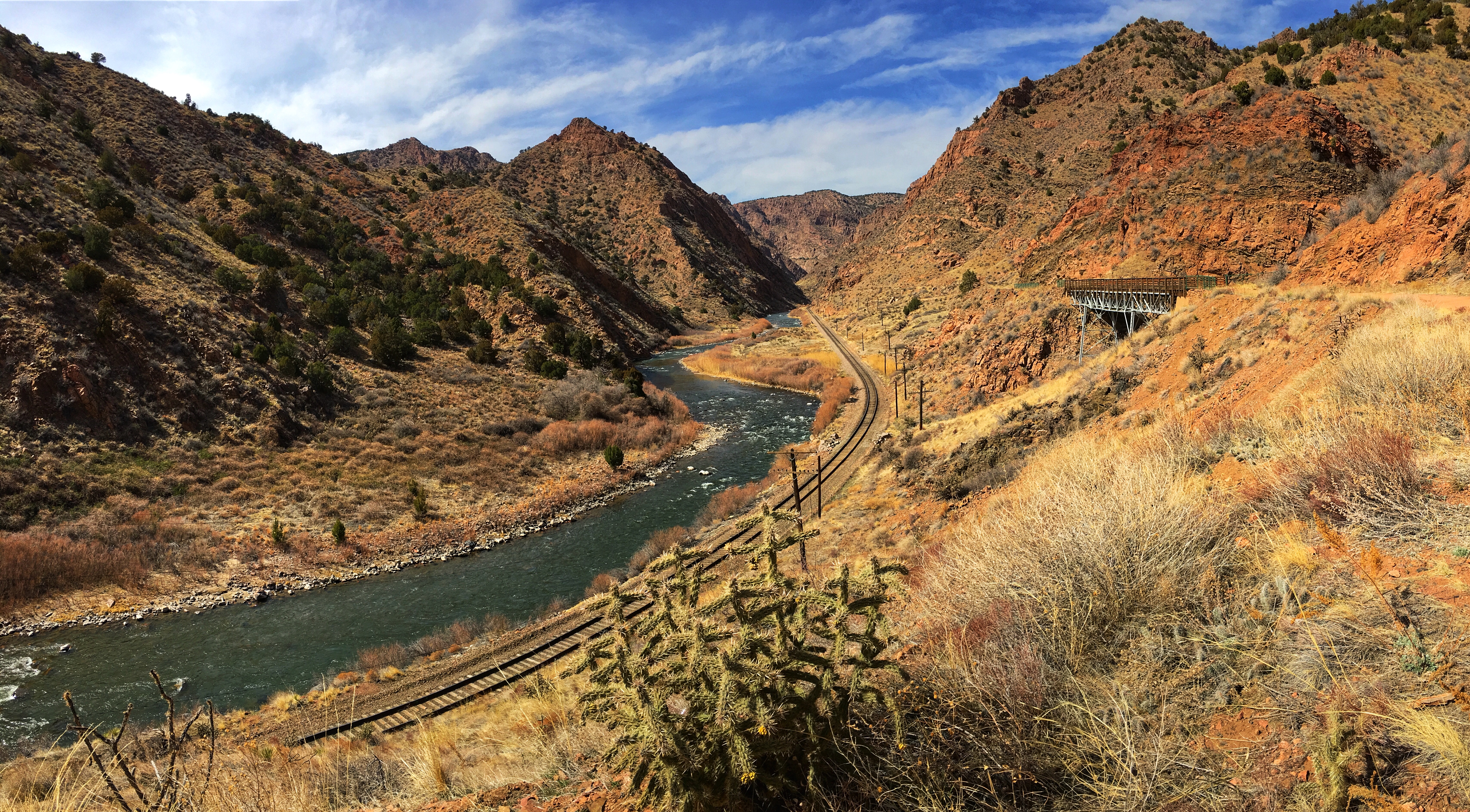 The Royal Gorge Route train crawled past below me, heading back to the station. I’d already made reservations to take the trip the following weekend. 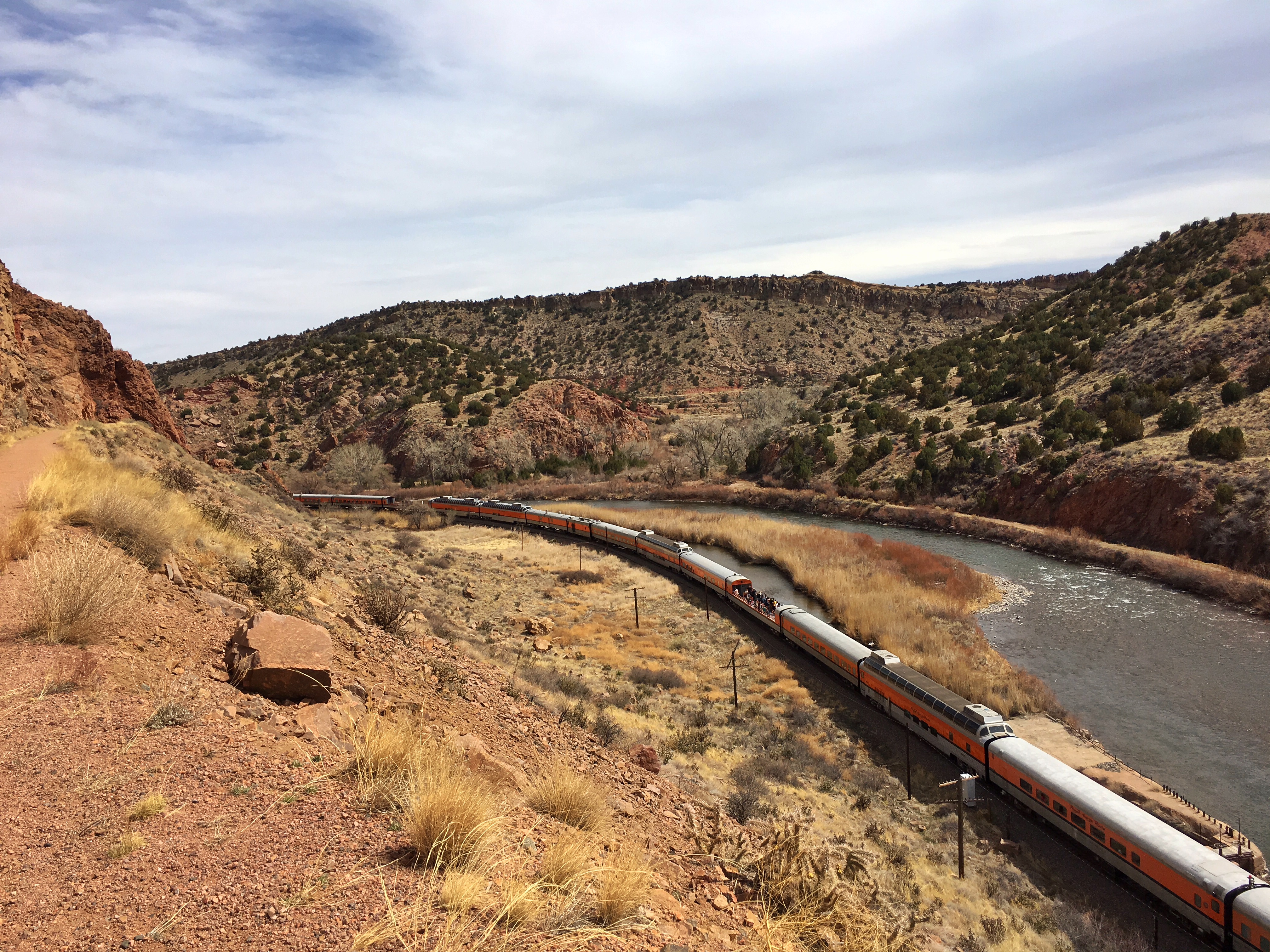 About two-thirds of the way up the trail, I spotted a small flock of Bighorn Sheep on the hillside above me. They were all rams. I watched for about 10 minutes, but they soon passed out of my sight. At the end of the trail, there was an exposed section of old pipe leftover from the railroading/gold mining days, but I have no idea what it was used for. 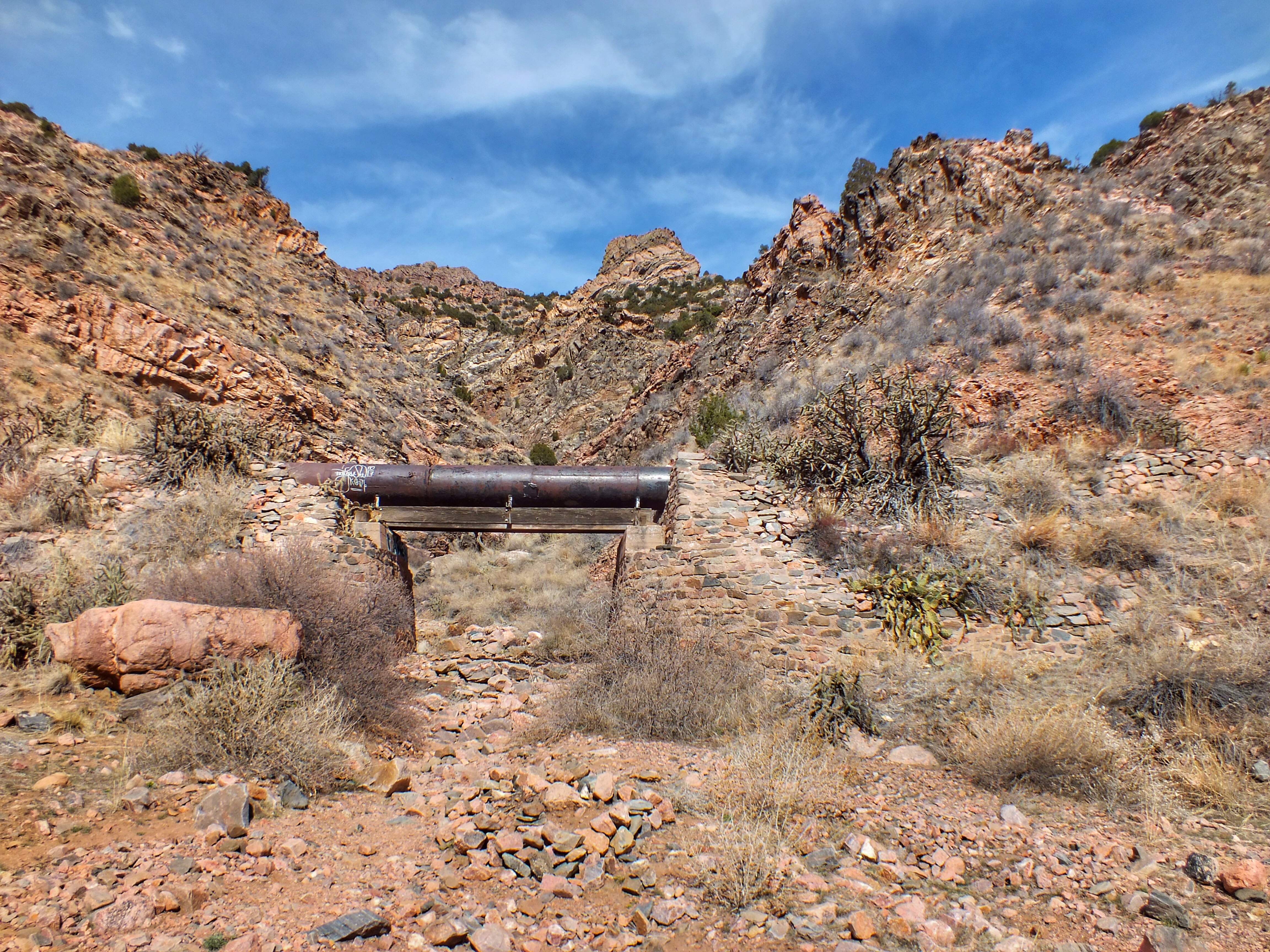 I looked for the Bighorn Sheep on my way back. To my surprise, they had come out into the open again much closer to the trail. There were at least eight. 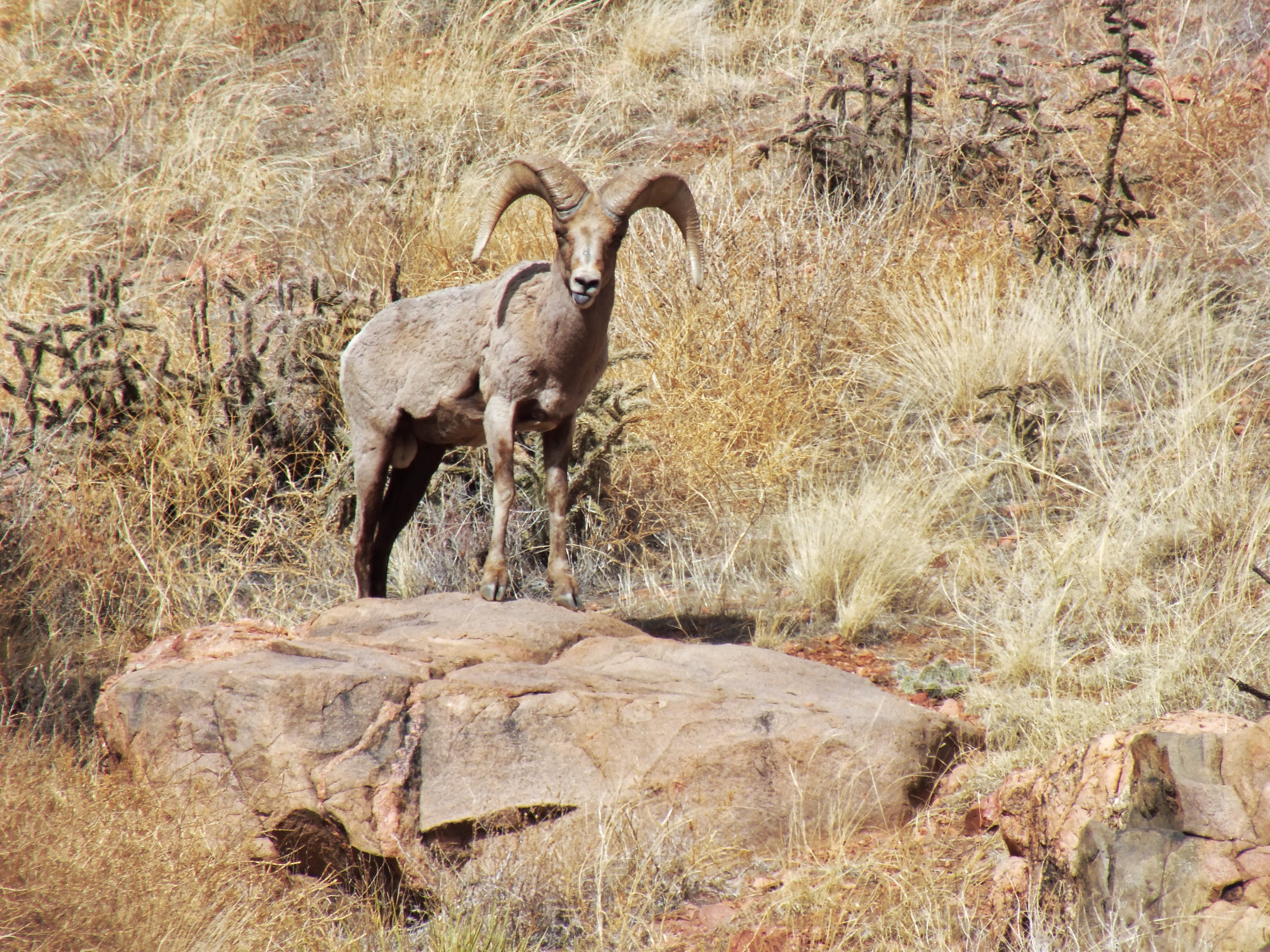 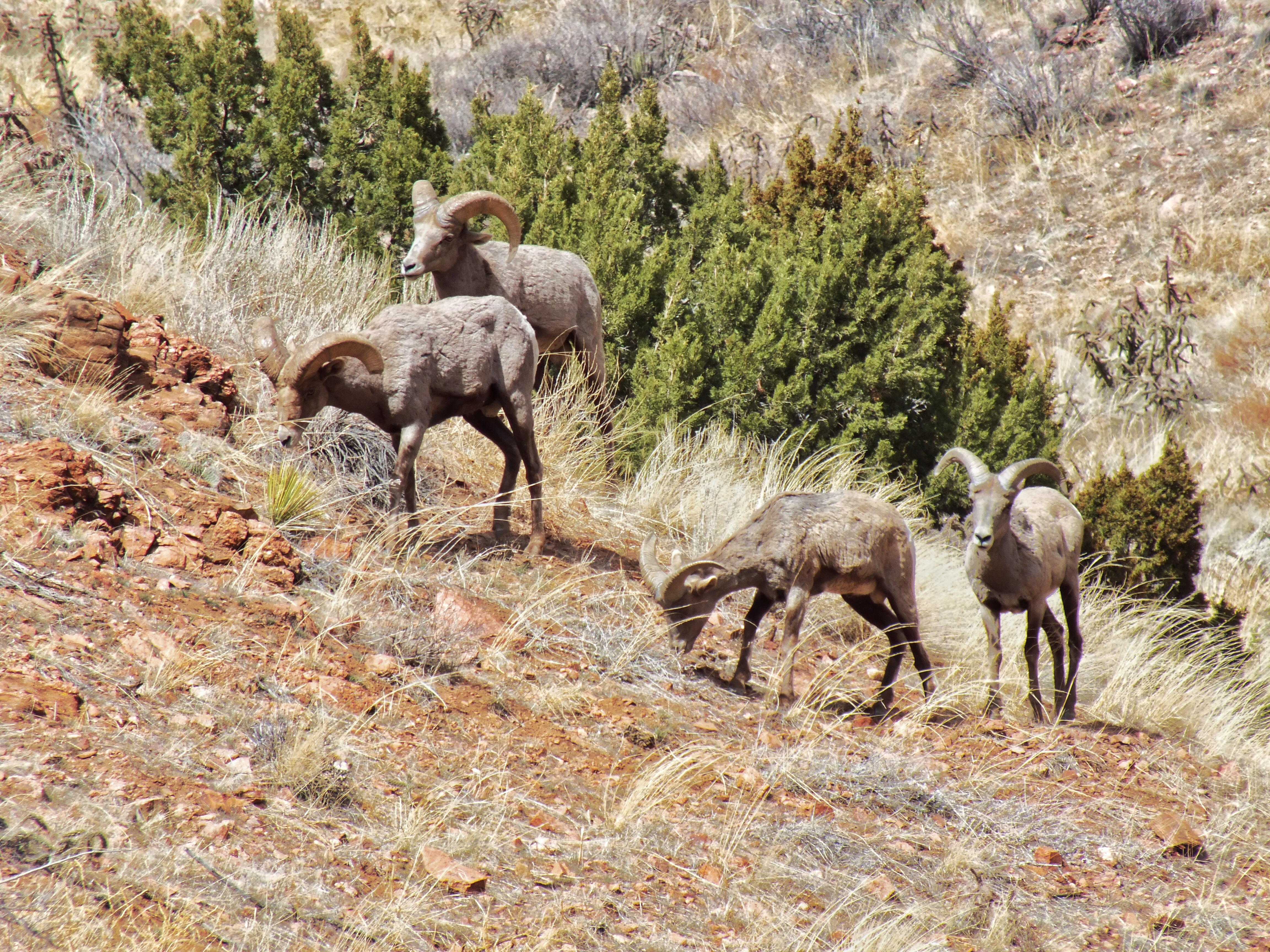 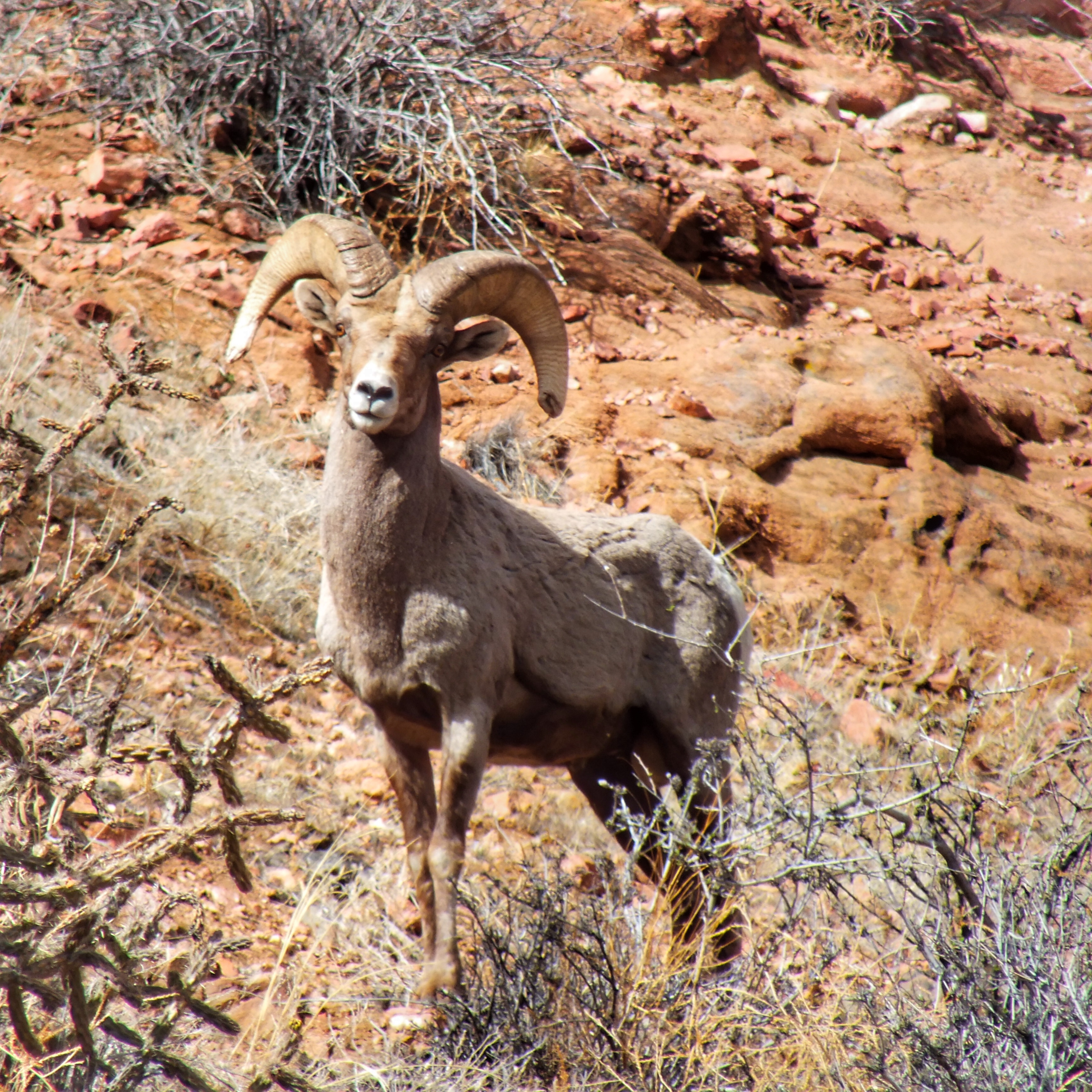 They came within probably 50 yards and spent about as much time looking at me as I did looking at them. A guy in a colorful biking outfit came by and watched them with me for several minutes. When he took off, the sheep spooked and ran up the hill a ways.

On the way back, I spotted a Rufous-crowned Sparrow (below), several Say’s Phoebes and a Rock Wren. 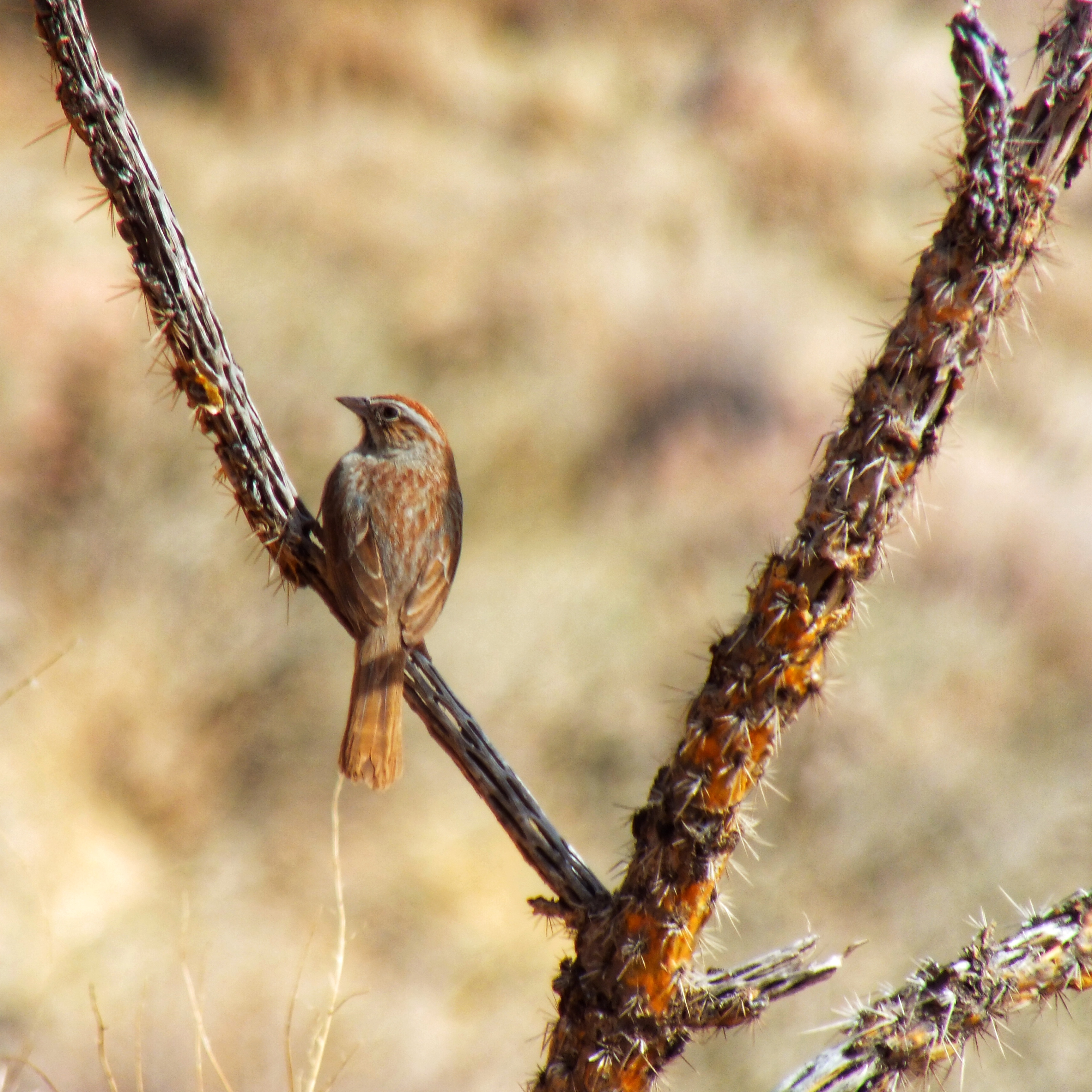 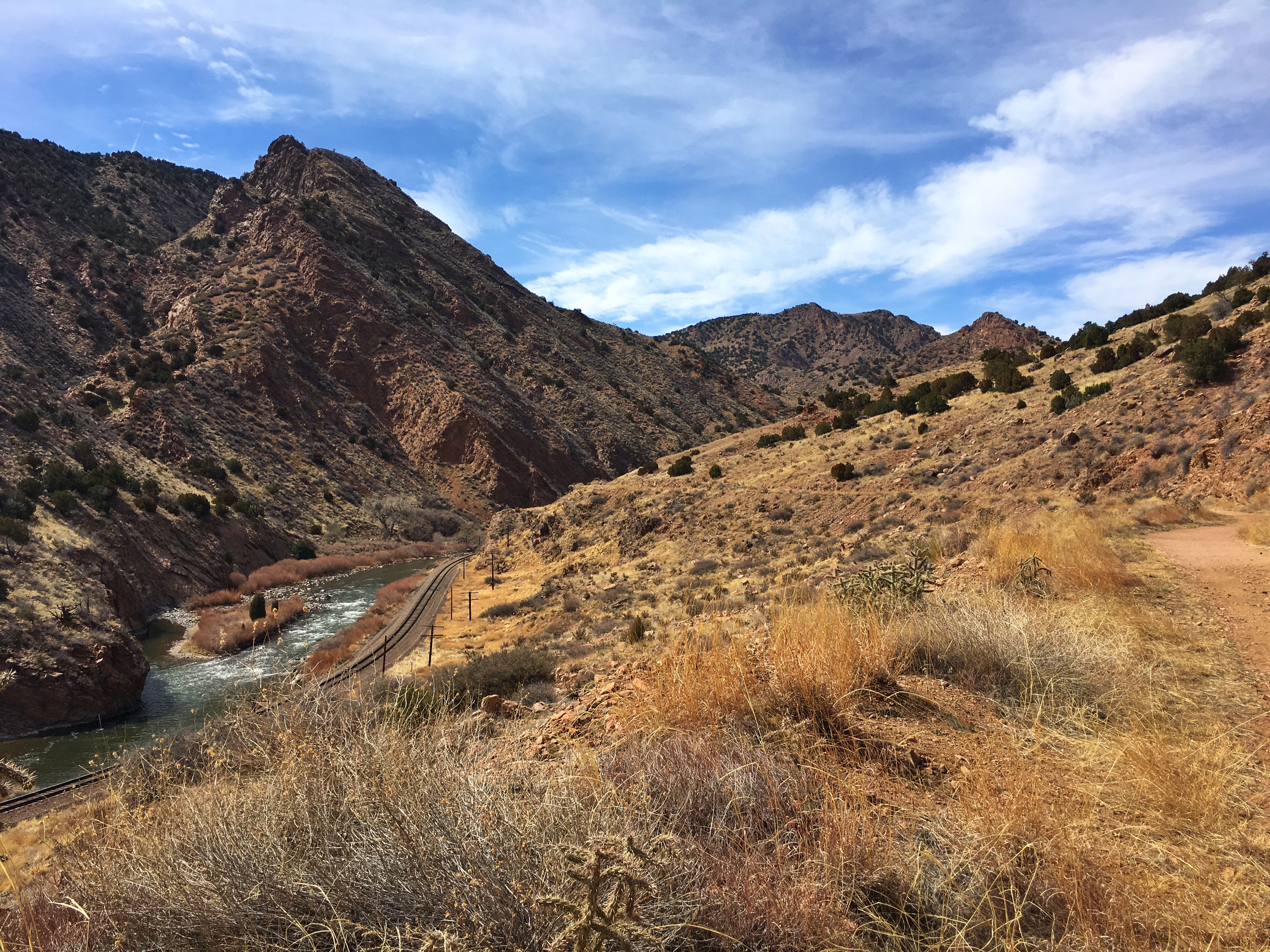 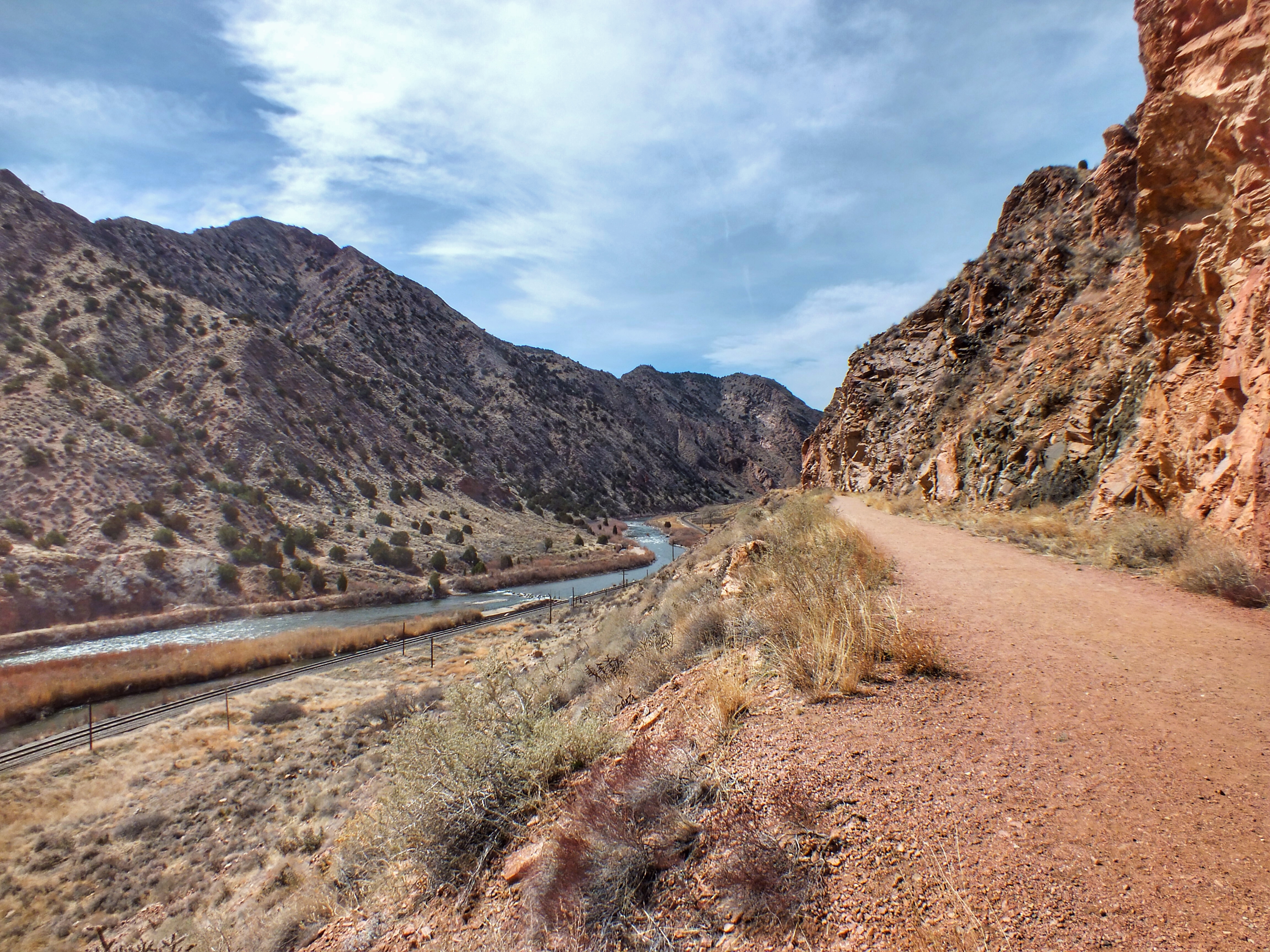 It was amazingly beautiful, and felt remote. It’s amazing how quickly you can feel like you’ve escaped civilization in the west.

This entry was posted in Birds, Hikes, Mammals, Scenery. Bookmark the permalink.