It was only a matter of time with this bird. It’s the last of the really easy ones around Colorado Springs.

Several have been seen in the cholla flats on the southern edge of the county recently. I’ve made a couple trips to the area to look for them. Last Sunday, I’m almost certain I spotted one, but I was on a road that had sparse but fast-moving traffic, so I had to pull over. When I looked again, what I saw was a Curve-billed Thrasher. I’m pretty sure I was looking at two separate birds, but I couldn’t count a lifer under those circumstances.

I almost didn’t go out today. It was damp and cold and the entire county was covered with a layer of frost. Even the dry desert was white. 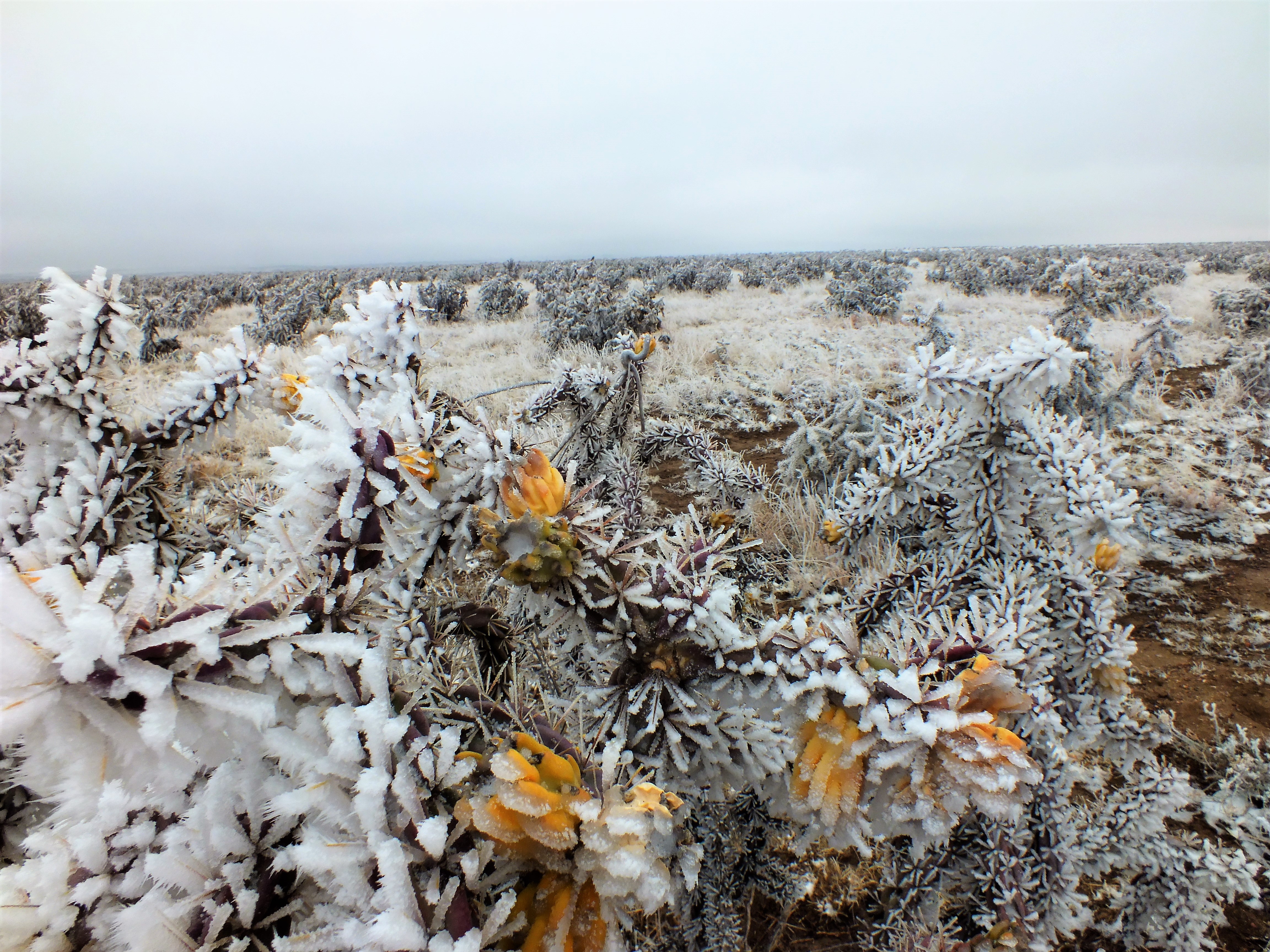 I had just spotted two Canyon Towhees when I saw another bird fly low and land on a cholla. I stopped and looked—and knew immediately it was a Sage Thrasher.

It flew down to the ground and foraged around. At times it would stand in plain view, but often only its head was visible. It went from place to place by running quickly on the ground. 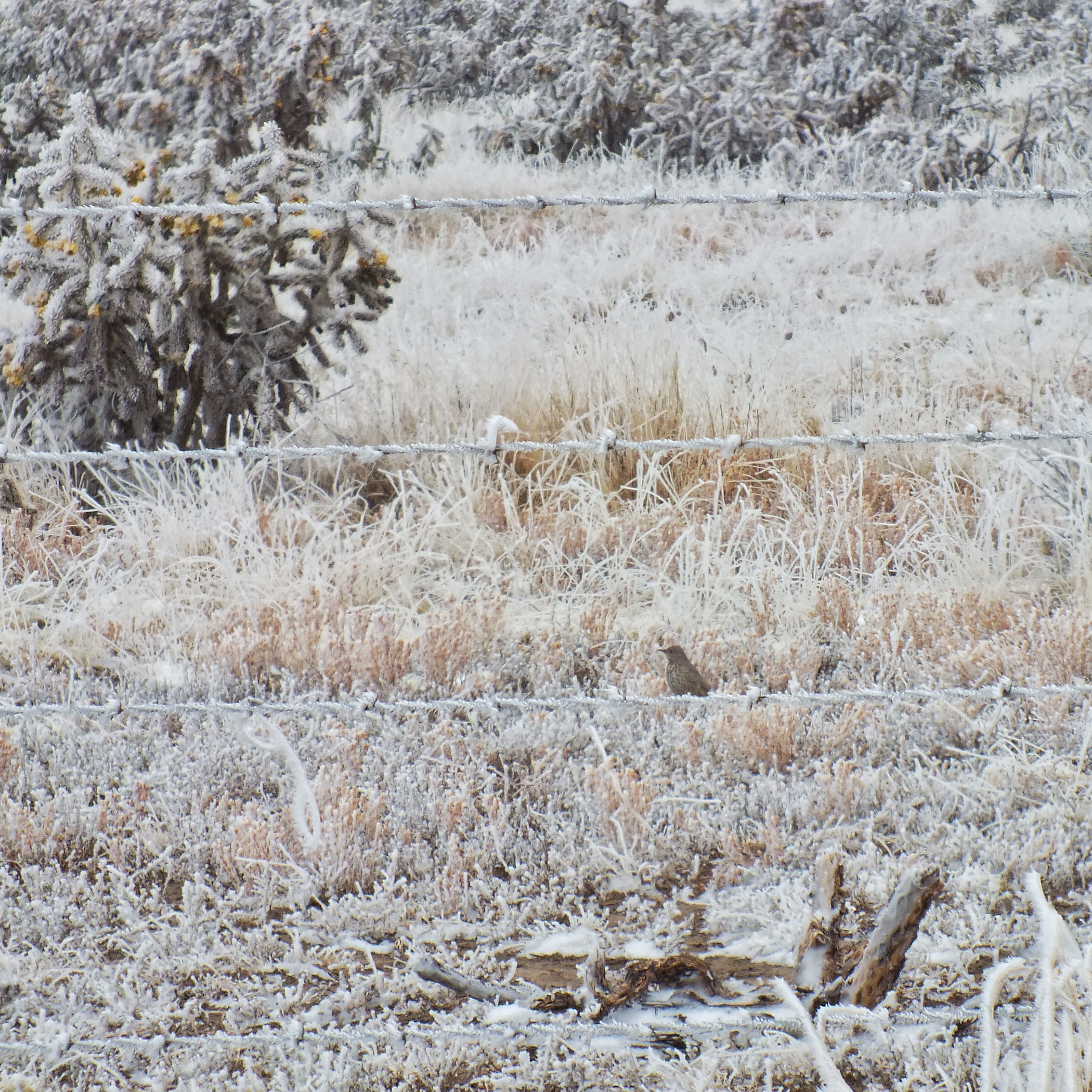 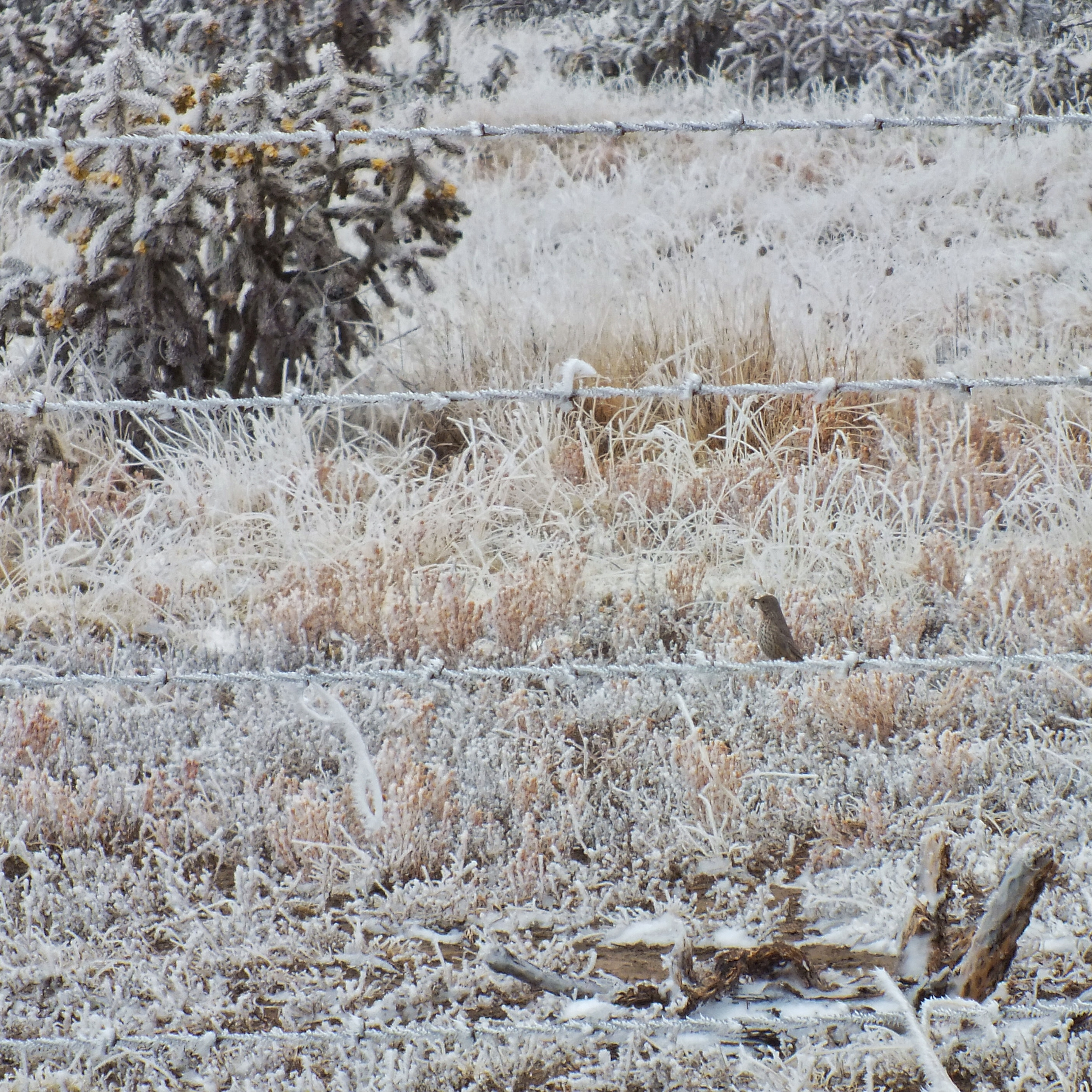 It flew to the top of a cholla stalk—where my camera refused to focus. After a couple minutes, it flew back down to the ground and disappeared in the scrub. 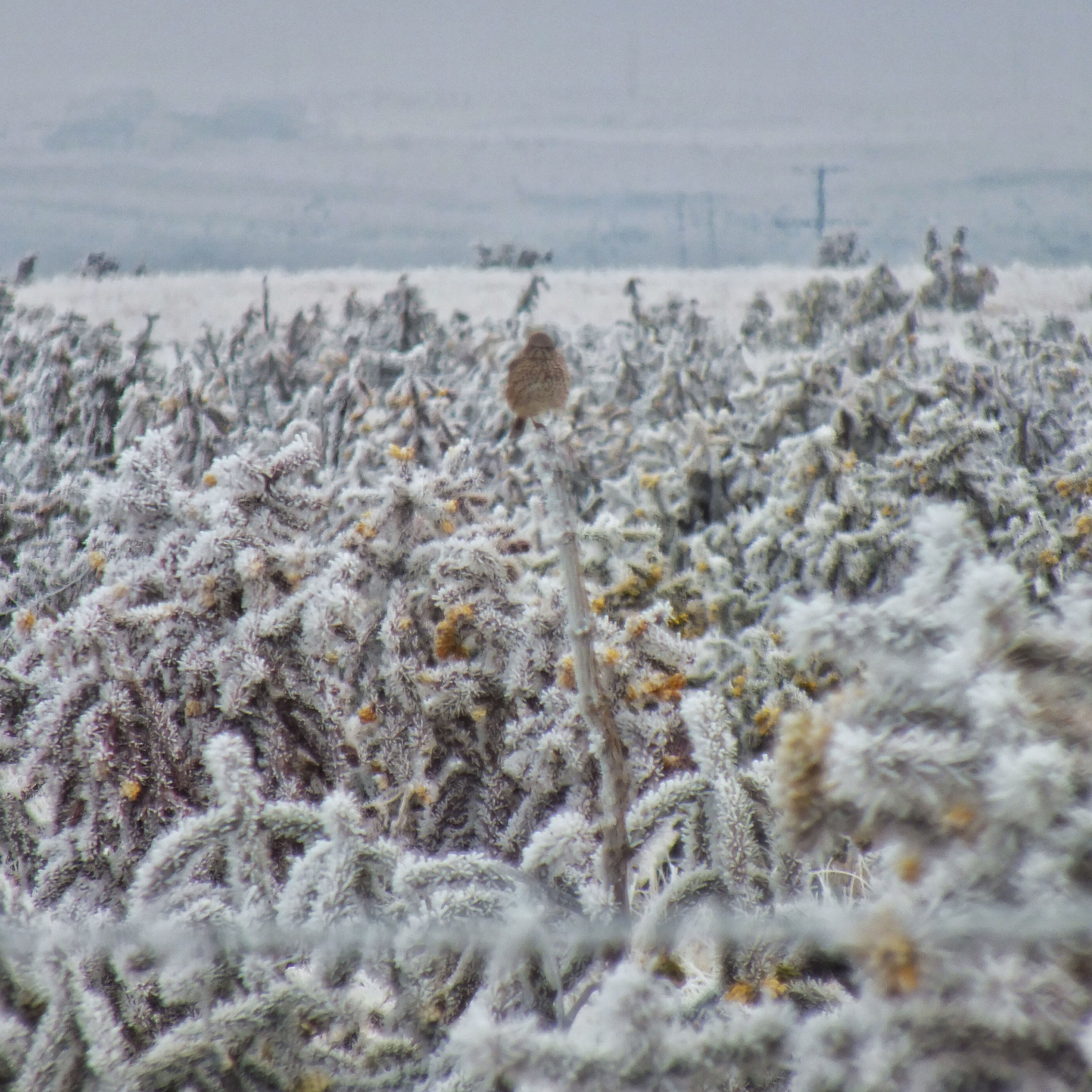 About two hours later and 20 miles away, I found another one on Bar 10 Road. This one was in a more open area. Perhaps that why it spent more of its time running quickly from cover to cover. It did fly up to a fence post for a minute. Again, my camera wouldn’t cooperate. This is the best shot I could get. 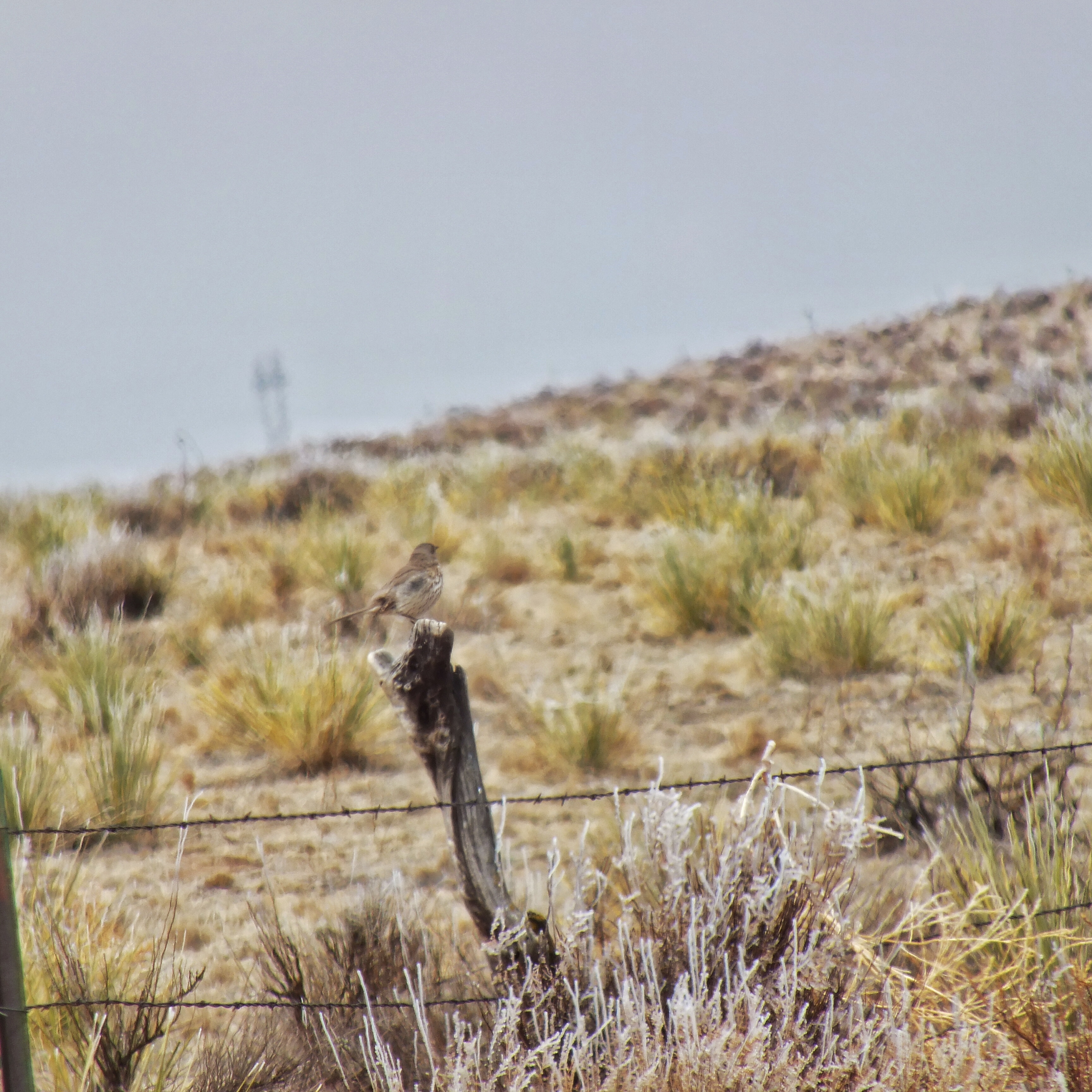