Of Frost and Feathers

My plan for Saturday was to head south to the cholla flats to make yet another attempt to see a Sage Thrasher. But when I woke up shortly after dawn and looked outside, I saw that the world was cold and gray and damp. I almost went back to bed. But there was a layer of frost on our one tree that gave promise of wonder in more scenic places.

I altered my plan and drove east to Black Forest. I’ve blogged about this park before. At least half of it was burnt in the 2013 fire, and the dead trees are macabre even in normal conditions. On this morning, it was surreal. 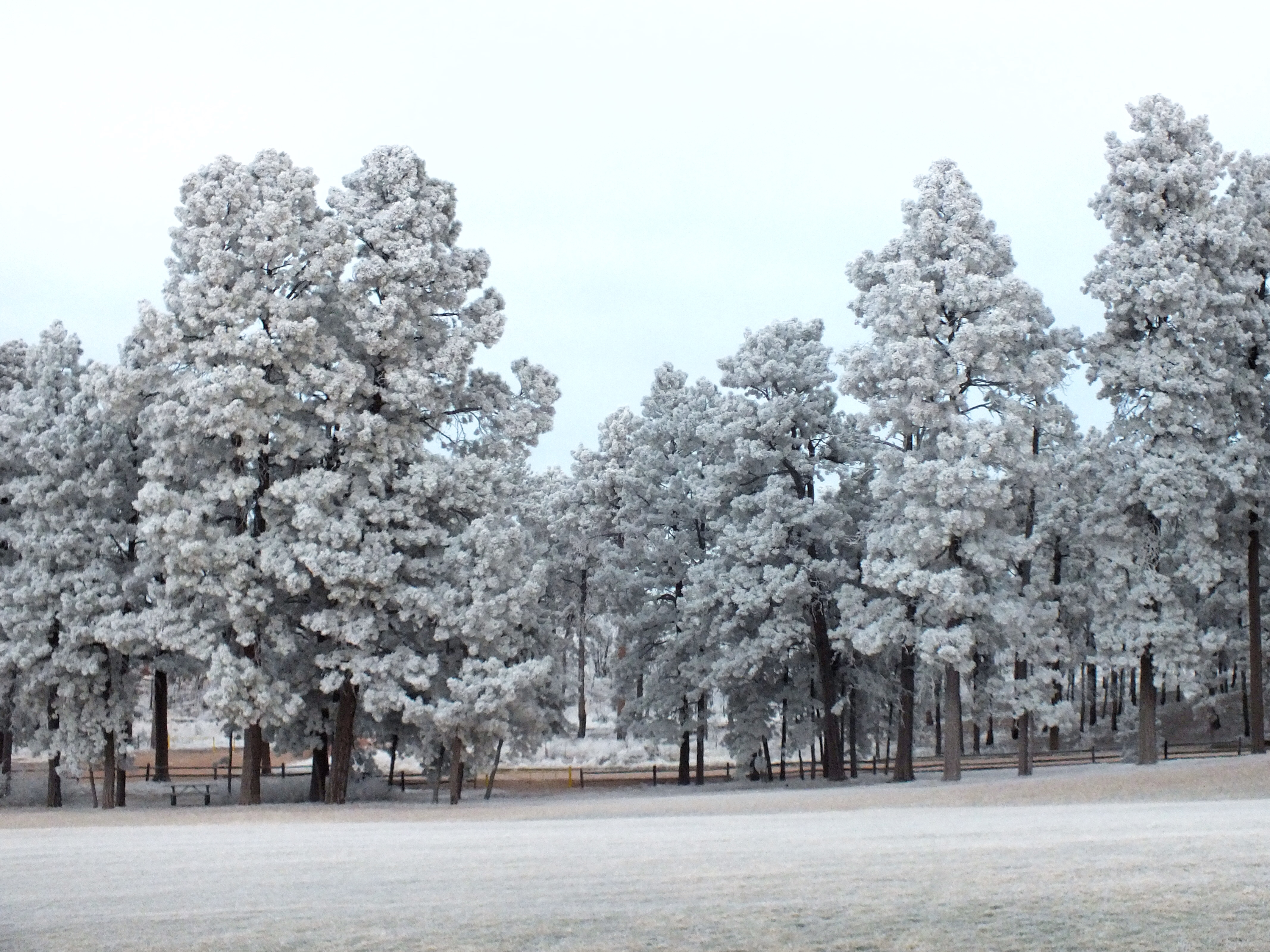 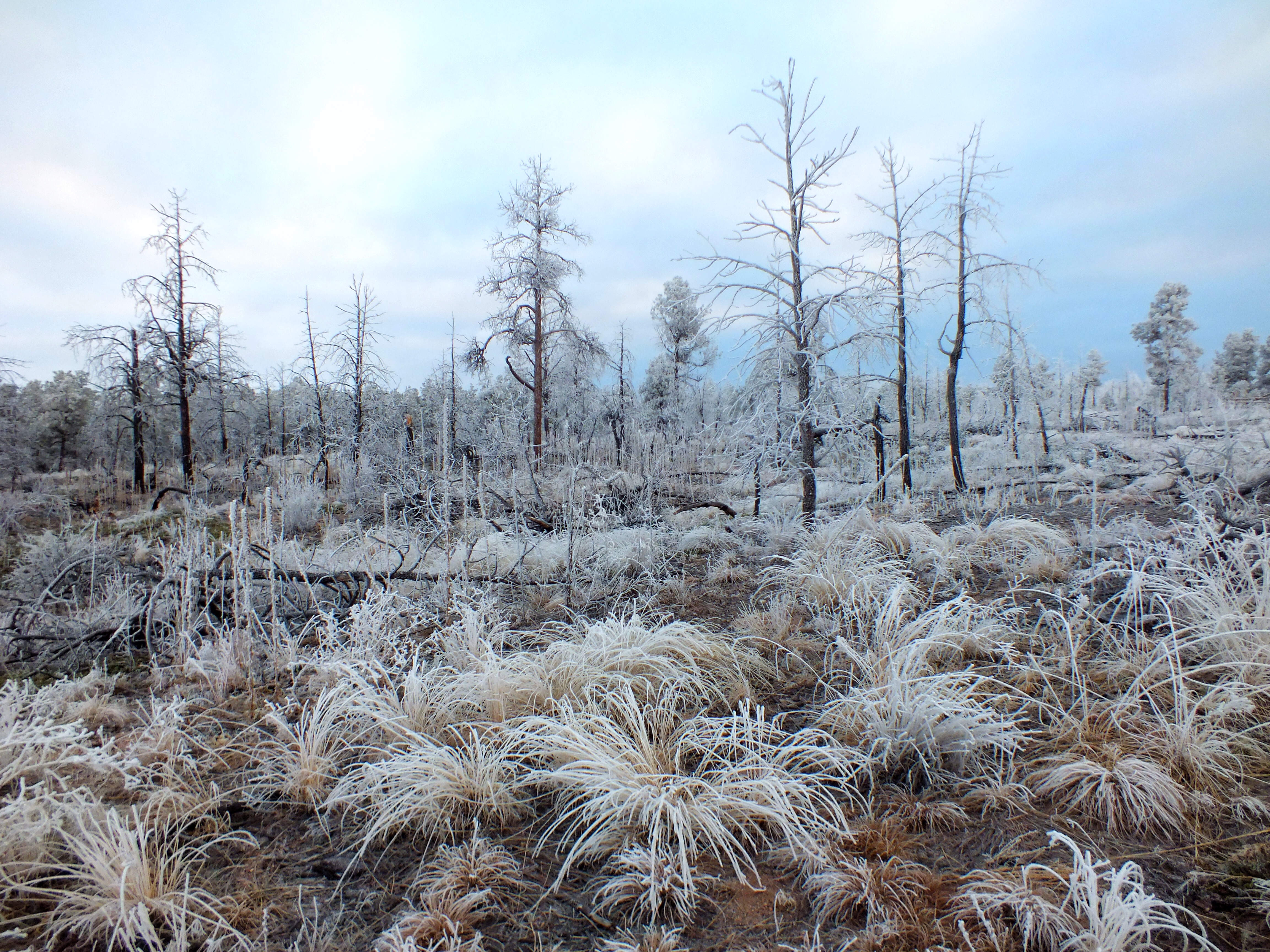 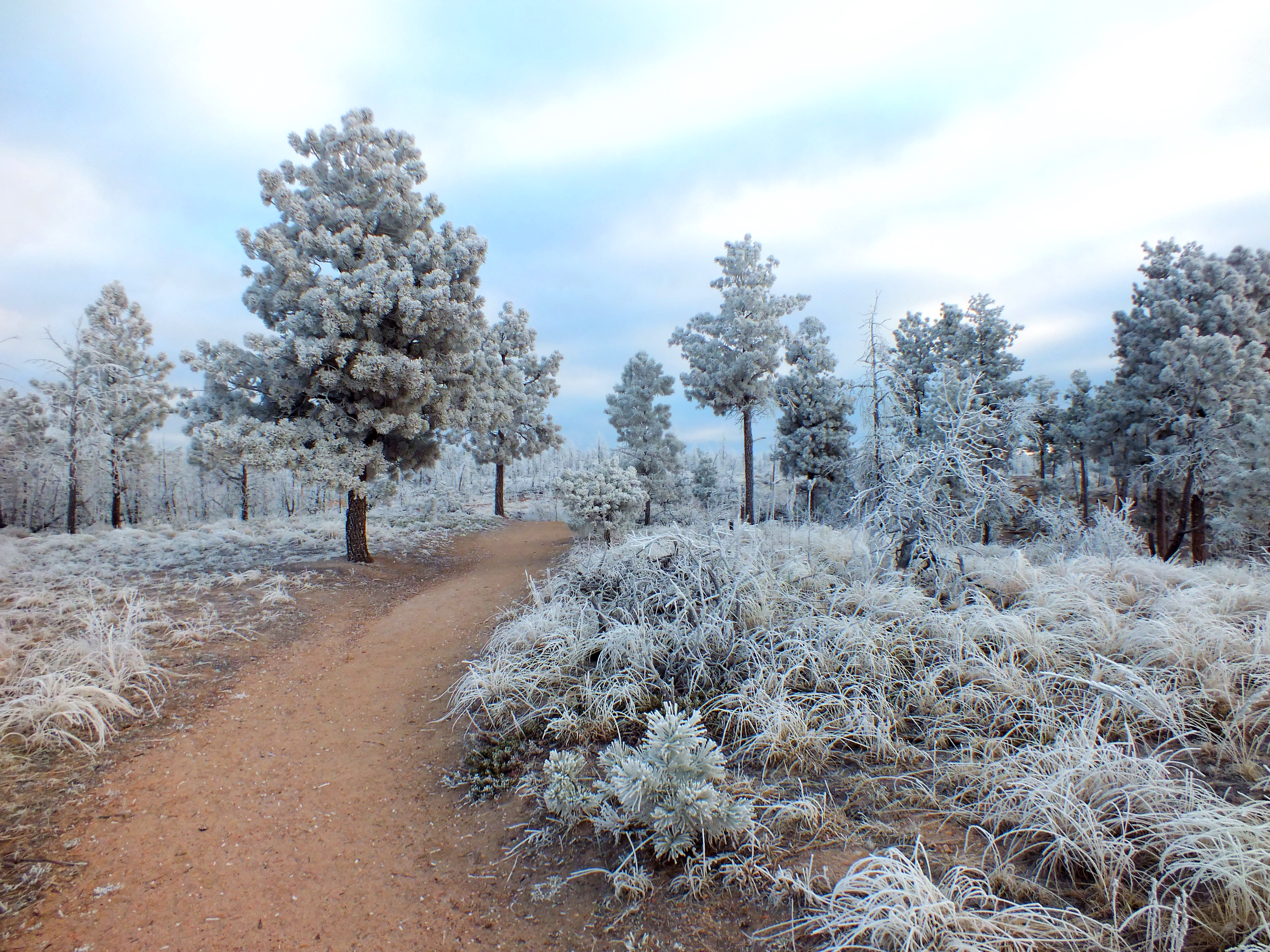 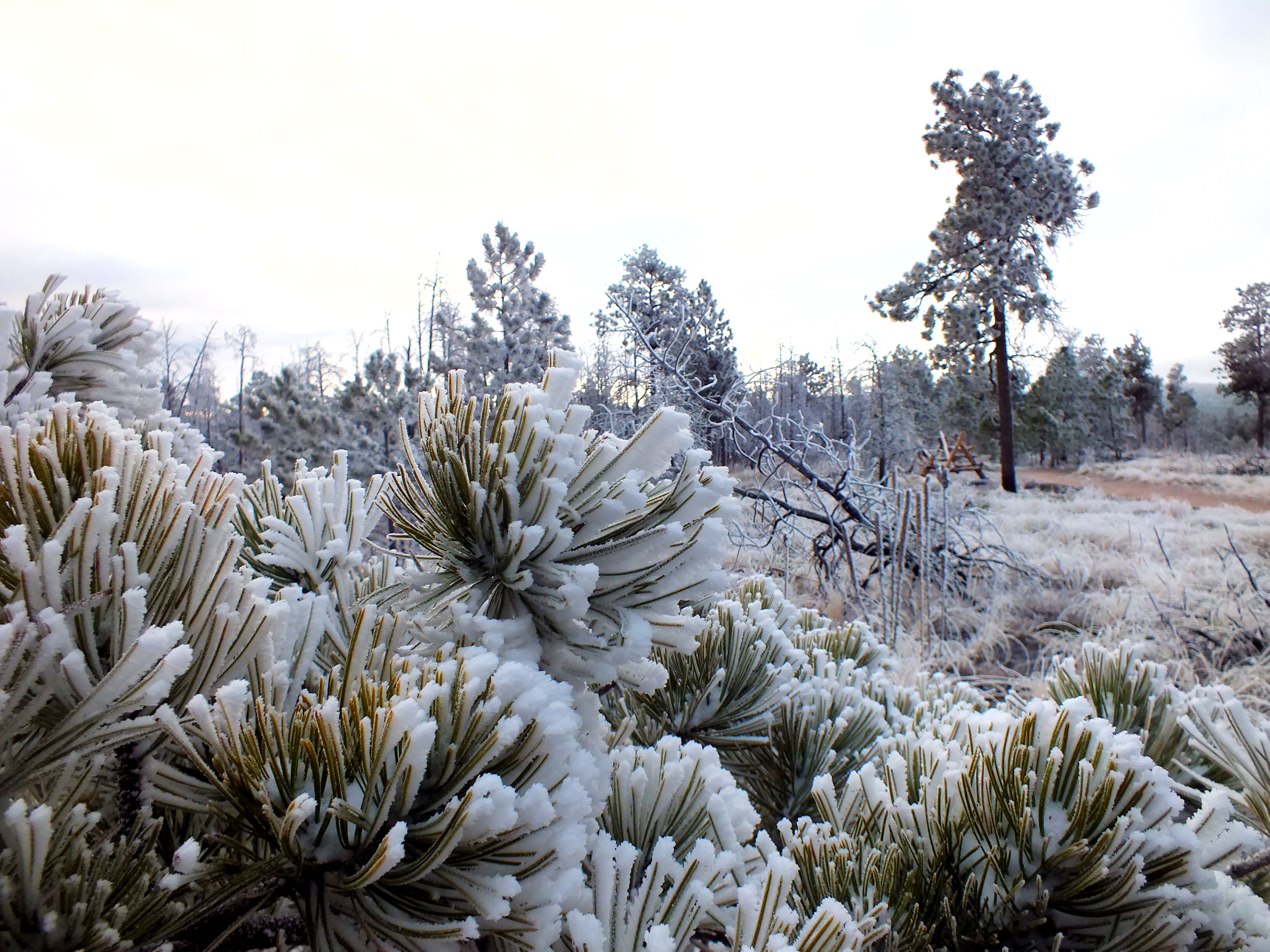 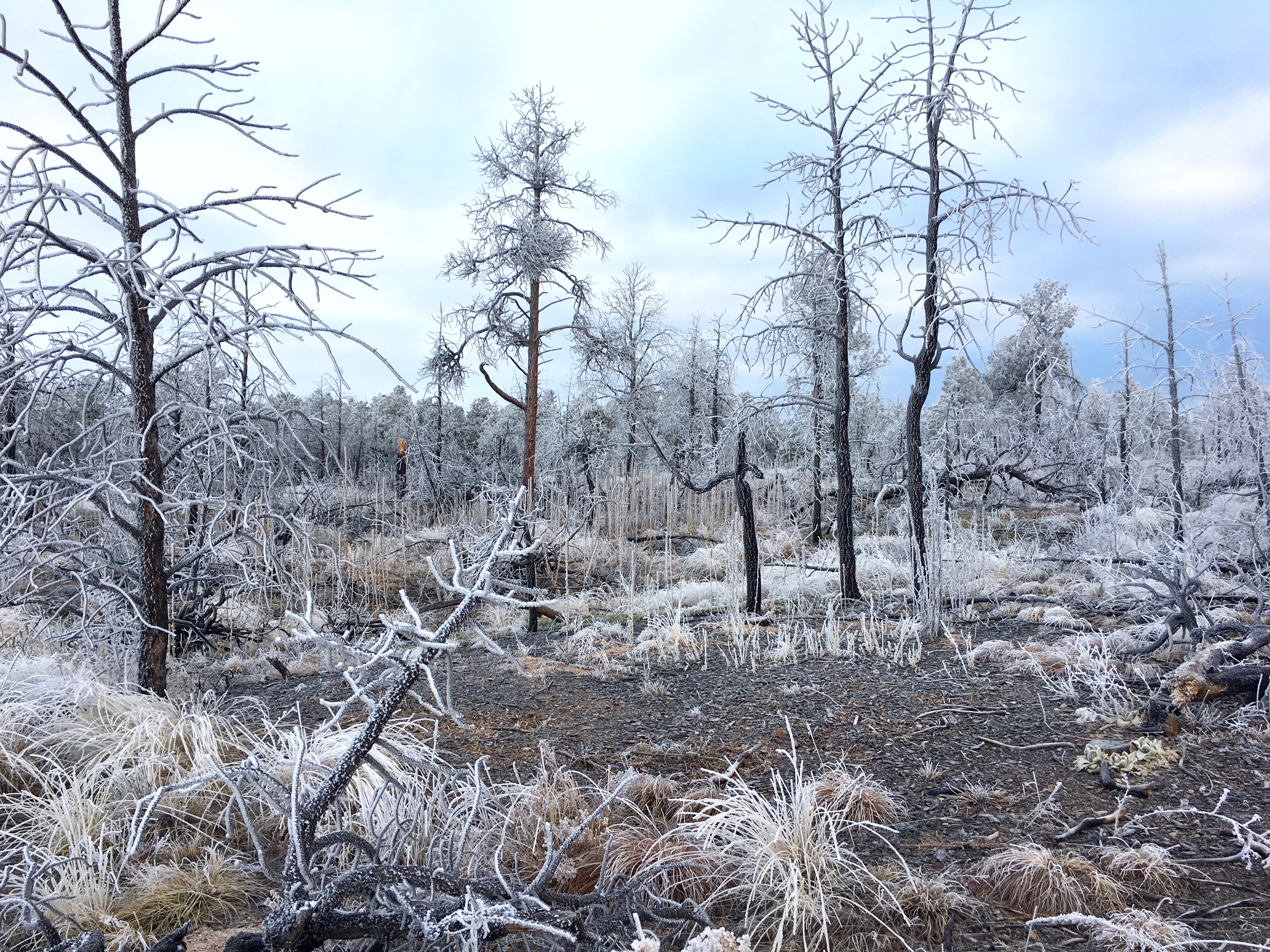 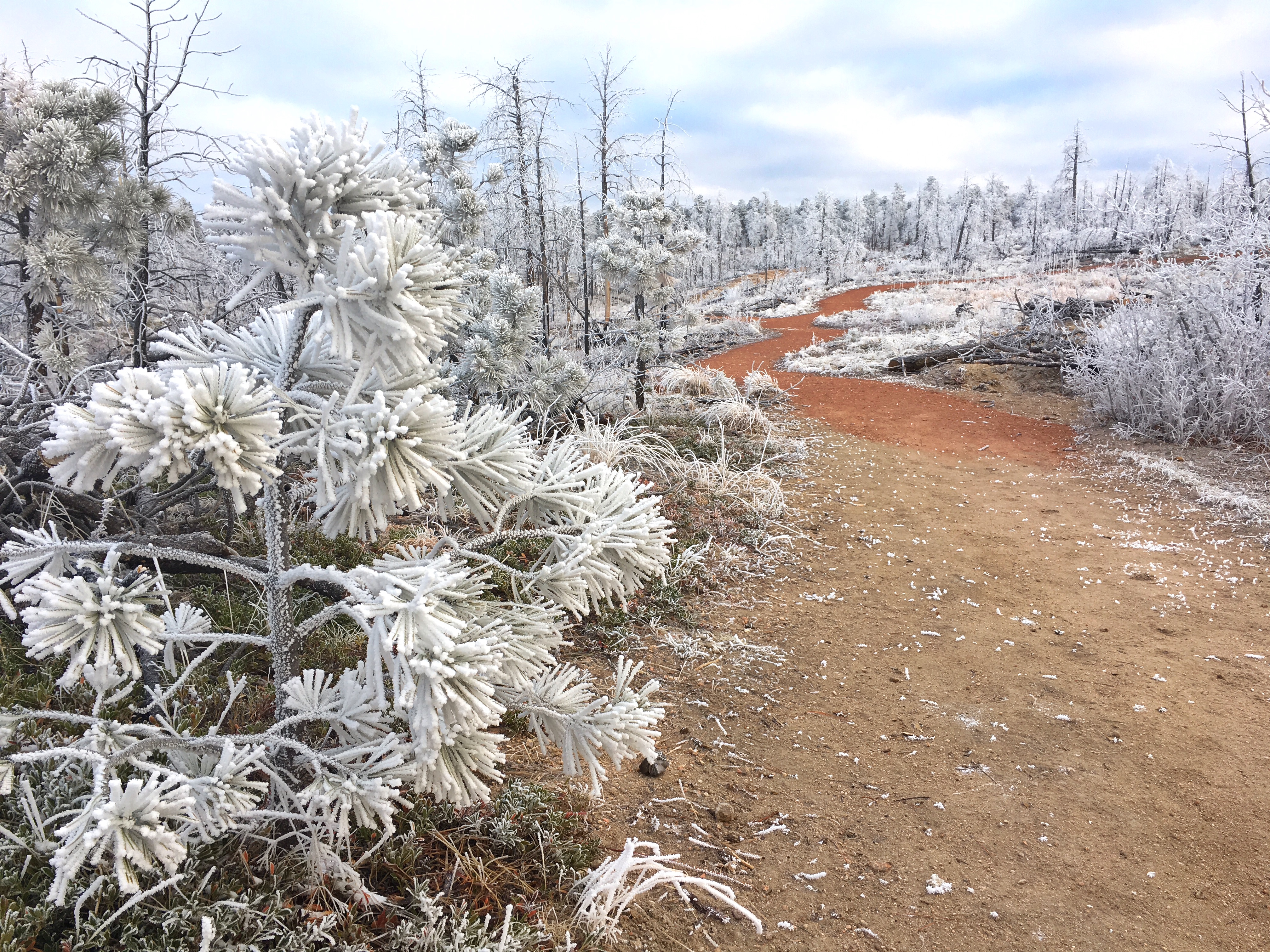 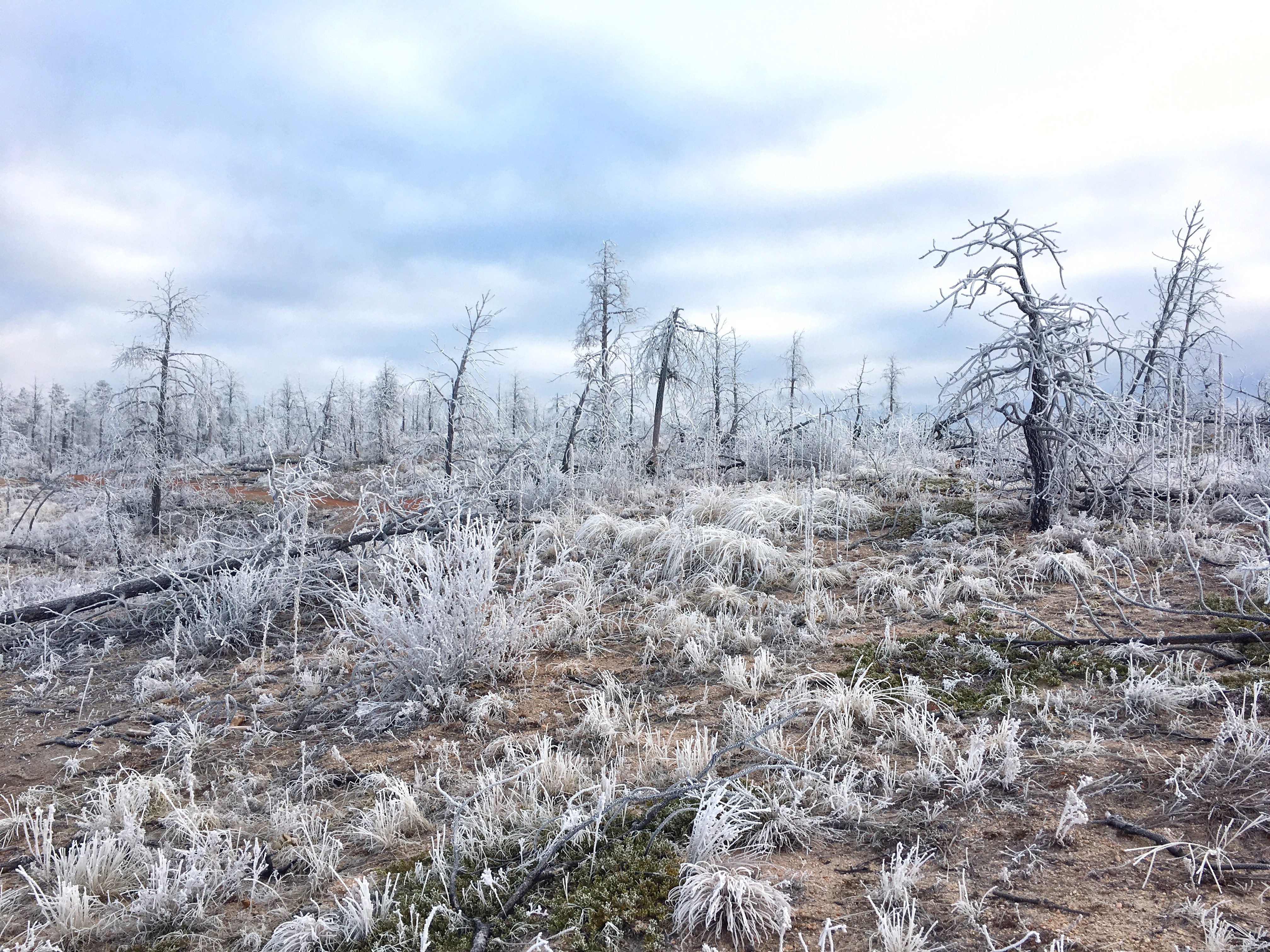 I wandered aimlessly for about half an hour, delighting in the beauty while shaking with the damp and cold. My hands, by the time I left, were numb.

I stopped at Panera for breakfast, then headed south. I decided that Sage Thrashers would probably be as easy to see later in the day, so I headed to Fountain Creek. I expected that there wouldn’t be much frost south of the city, but there was, and the fog that created it still hung low over the ponds. 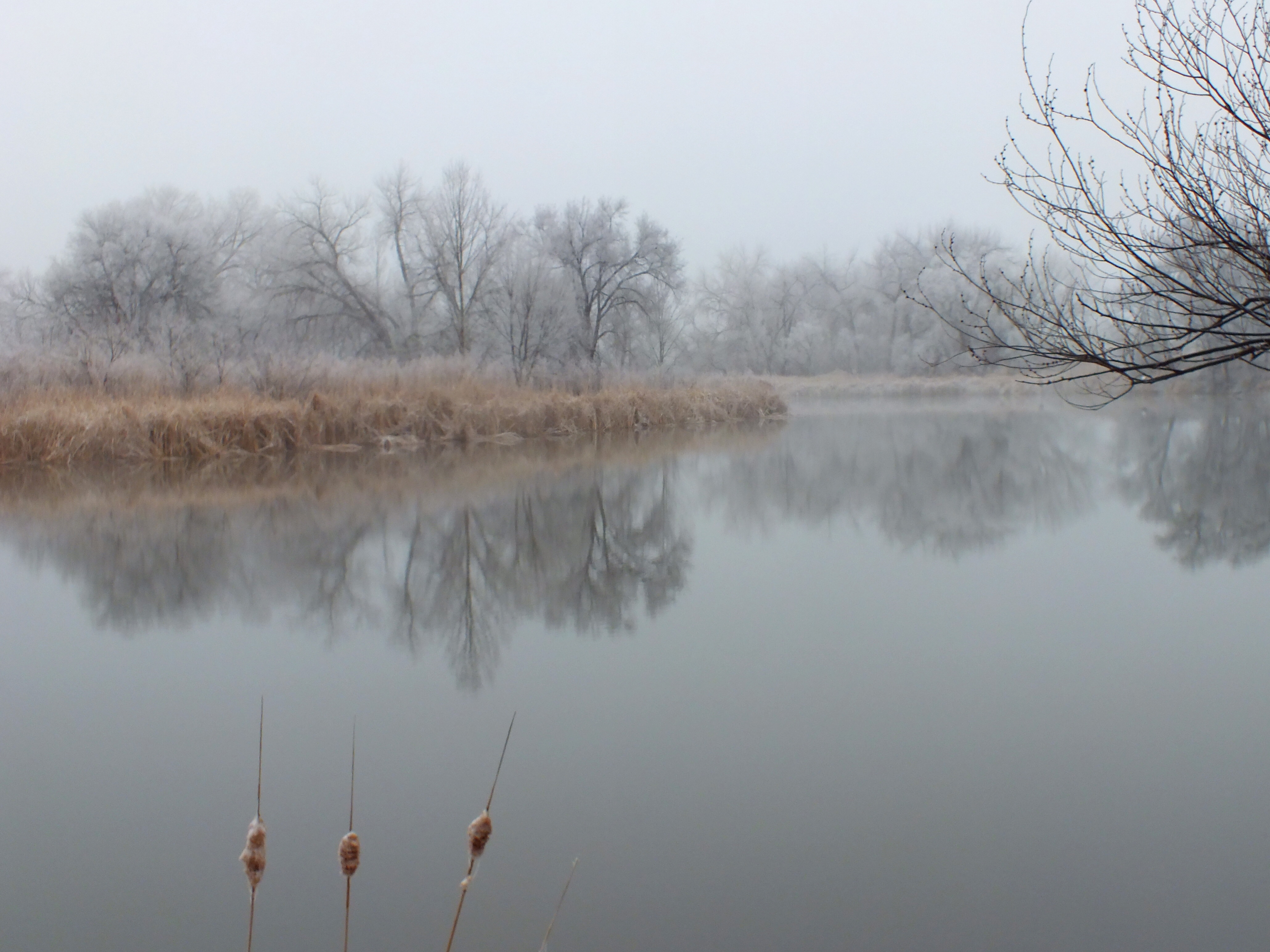 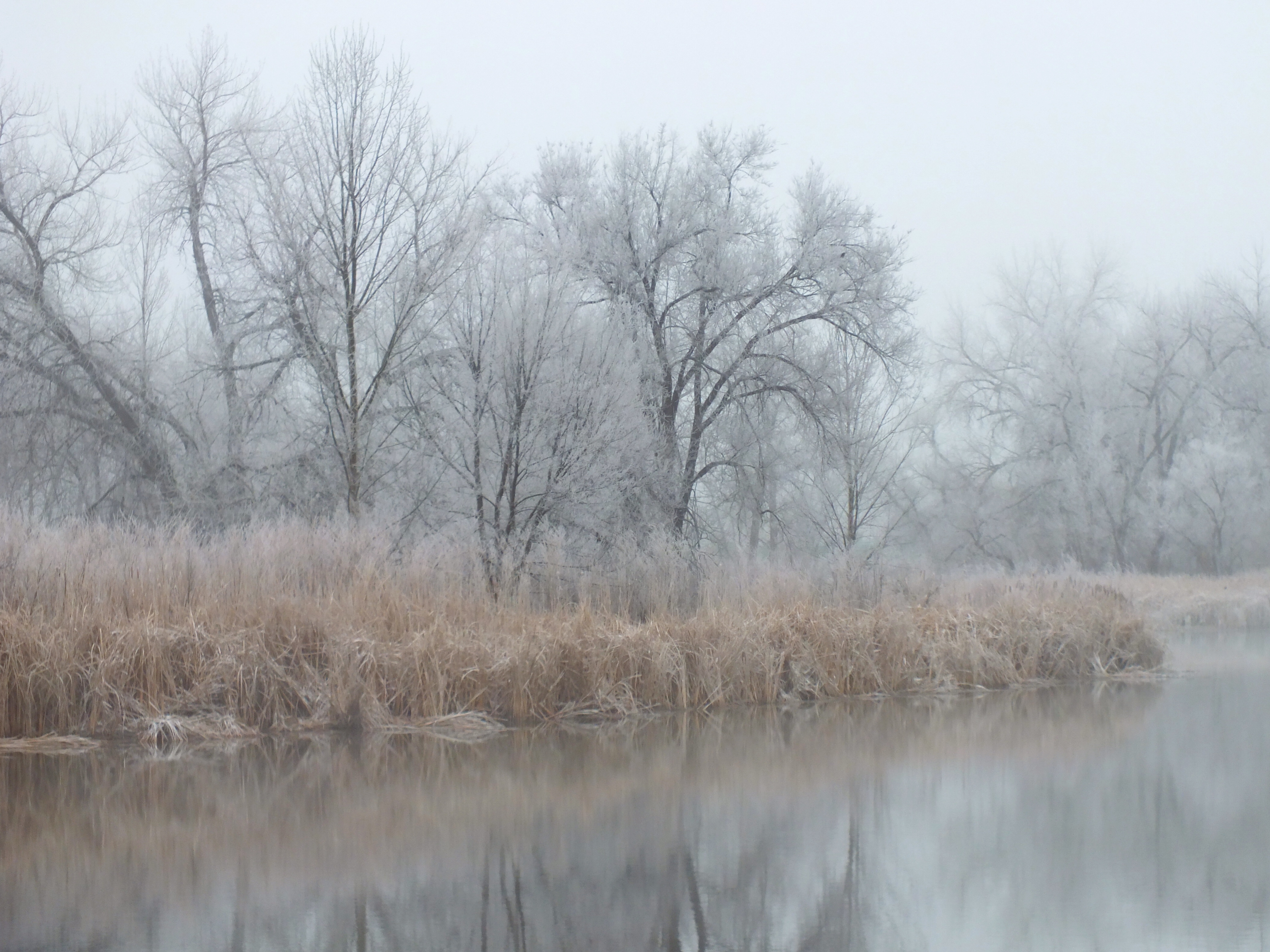 An immature Harlan’s (Red-tailed) Hawk sat in a tree above the visitor center. Another visitor with a camera kept telling me how wonderful our photos would be. He also said he wanted to get a photo of the hawk flying out of the tree. 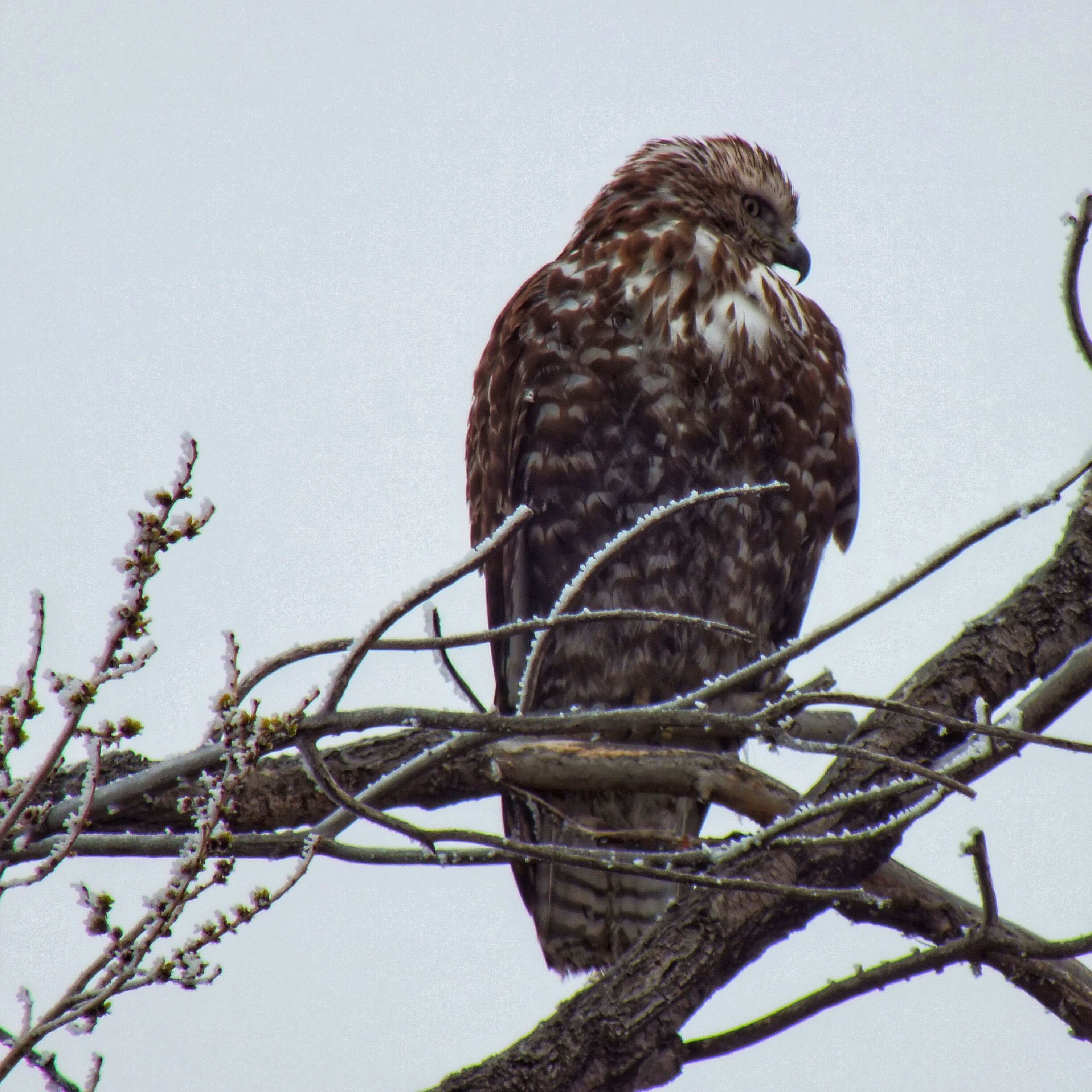 I moved on, and seconds later, the hawk flew. I think the guy scared it on purpose.

It flew low over my head, made a half-hearted pass at a cottontail, then landed in a tree that had no branches large enough to support it. 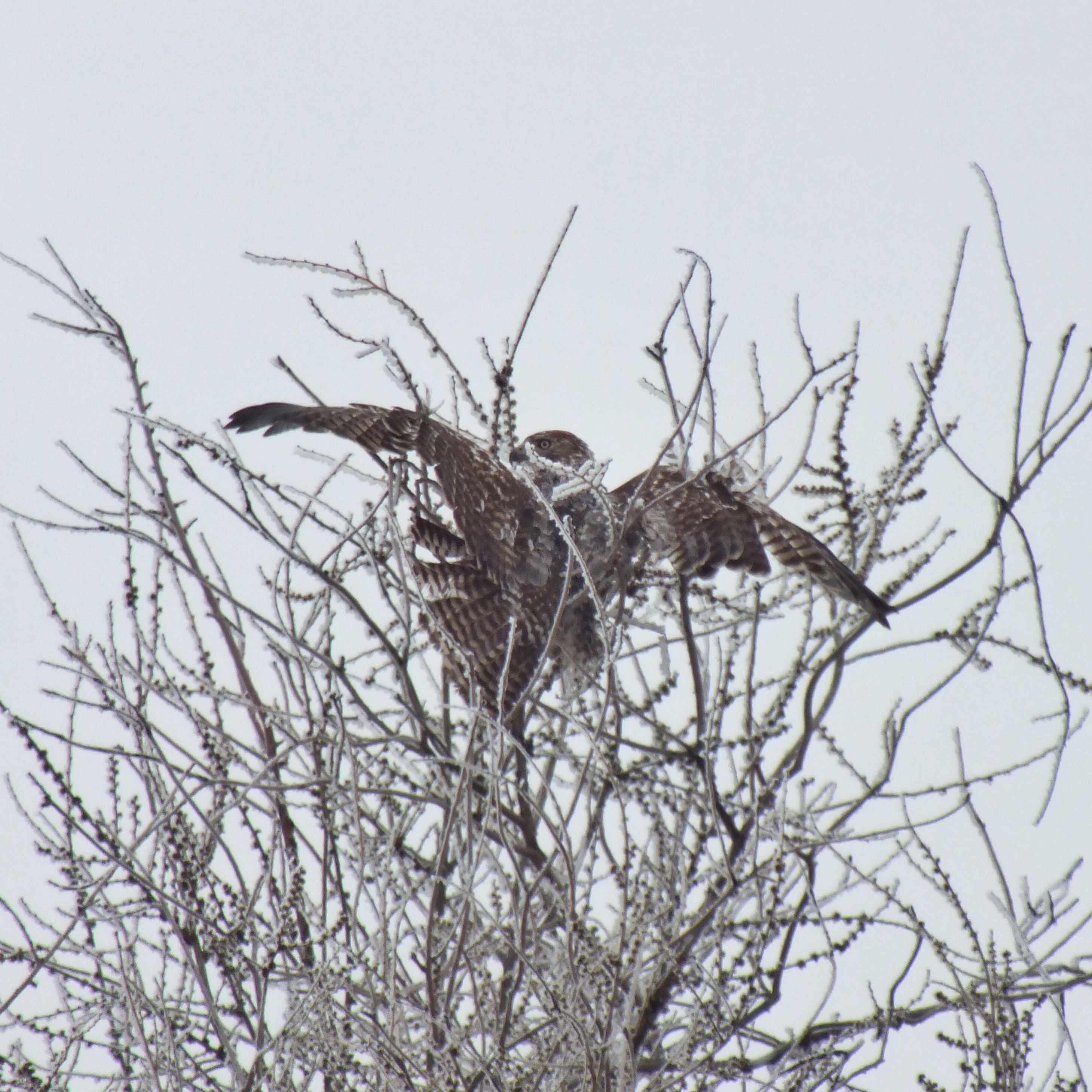 It didn’t stay there long. It soon flew to another tree right along the trail and there it was still perched an hour later when I left.

There weren’t a lot of birds out and about. I did find a pair of Cinnamon Teal. 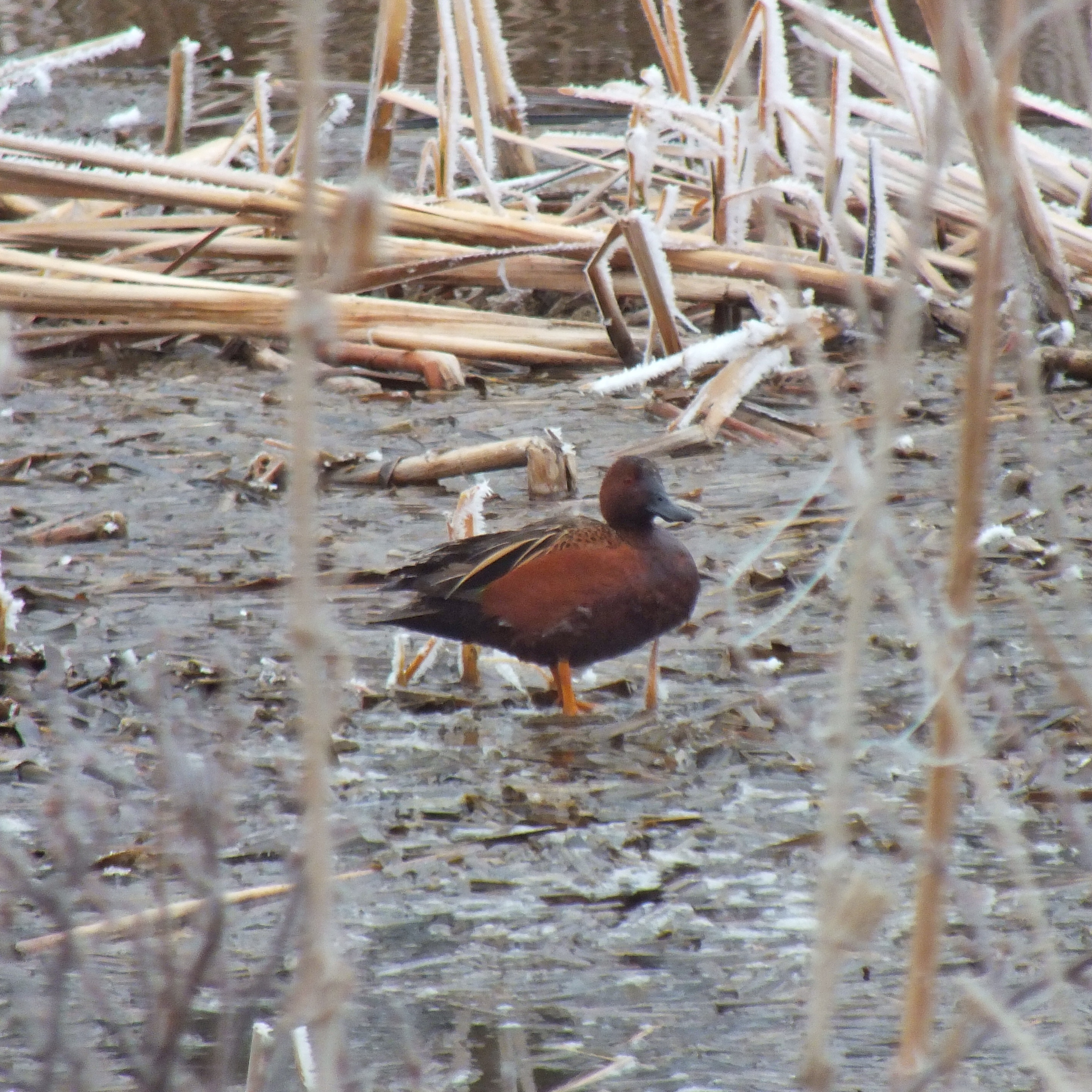 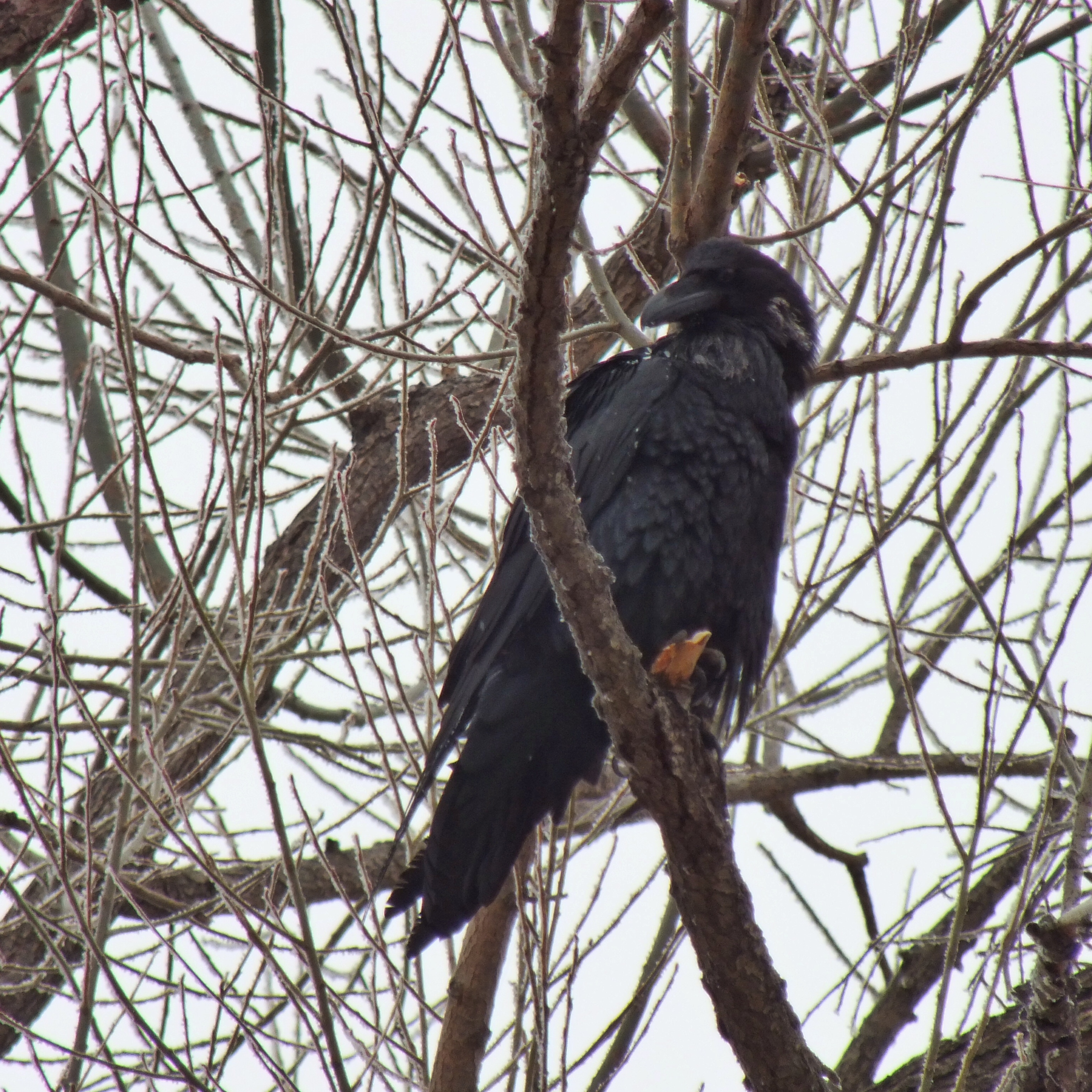 And three Yellow-rumped (Audbon’s) Warblers. They were moving fast and keeping to the other side of the trees, but I did manage on photo. 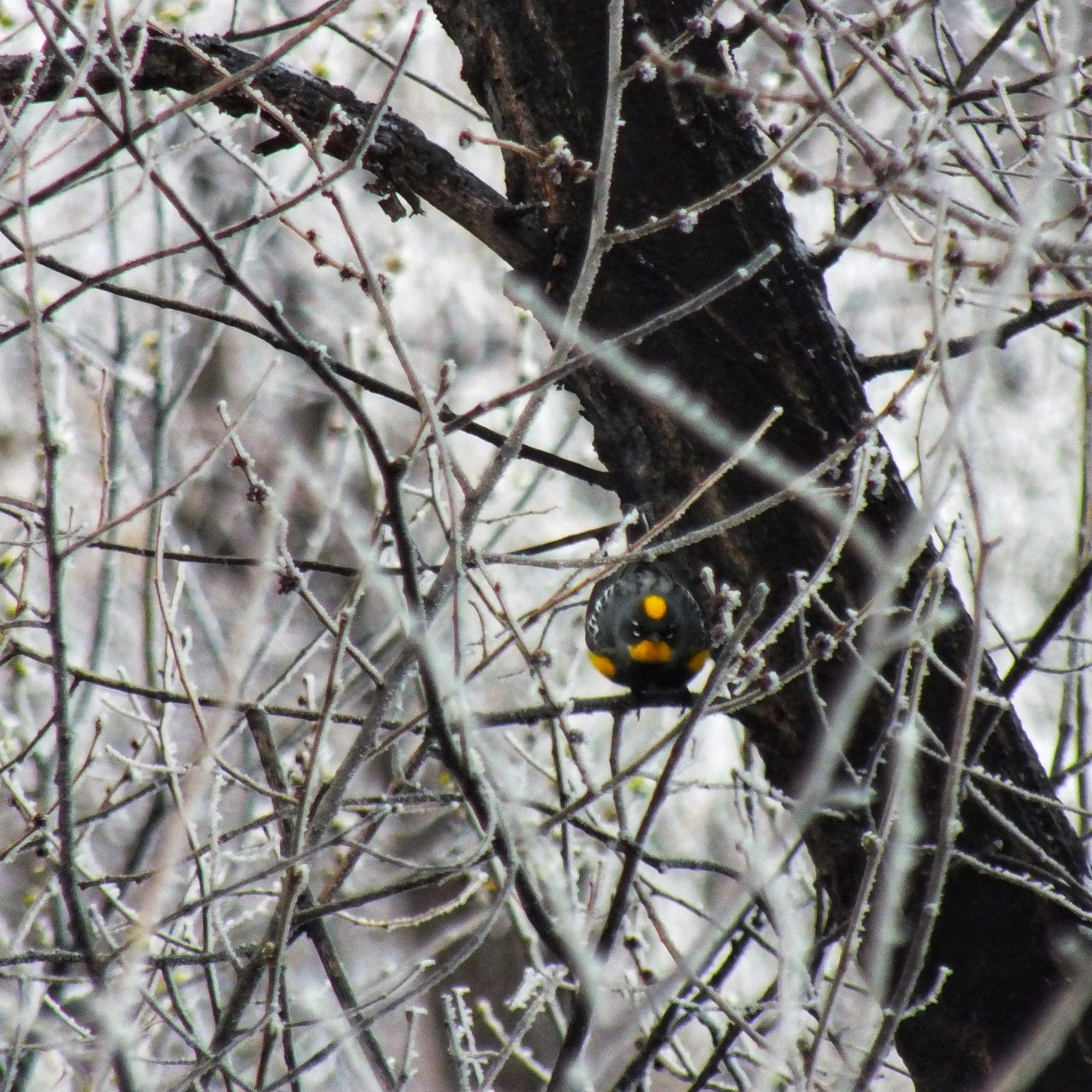 This is a Northern (Red-shafted) Flicker. 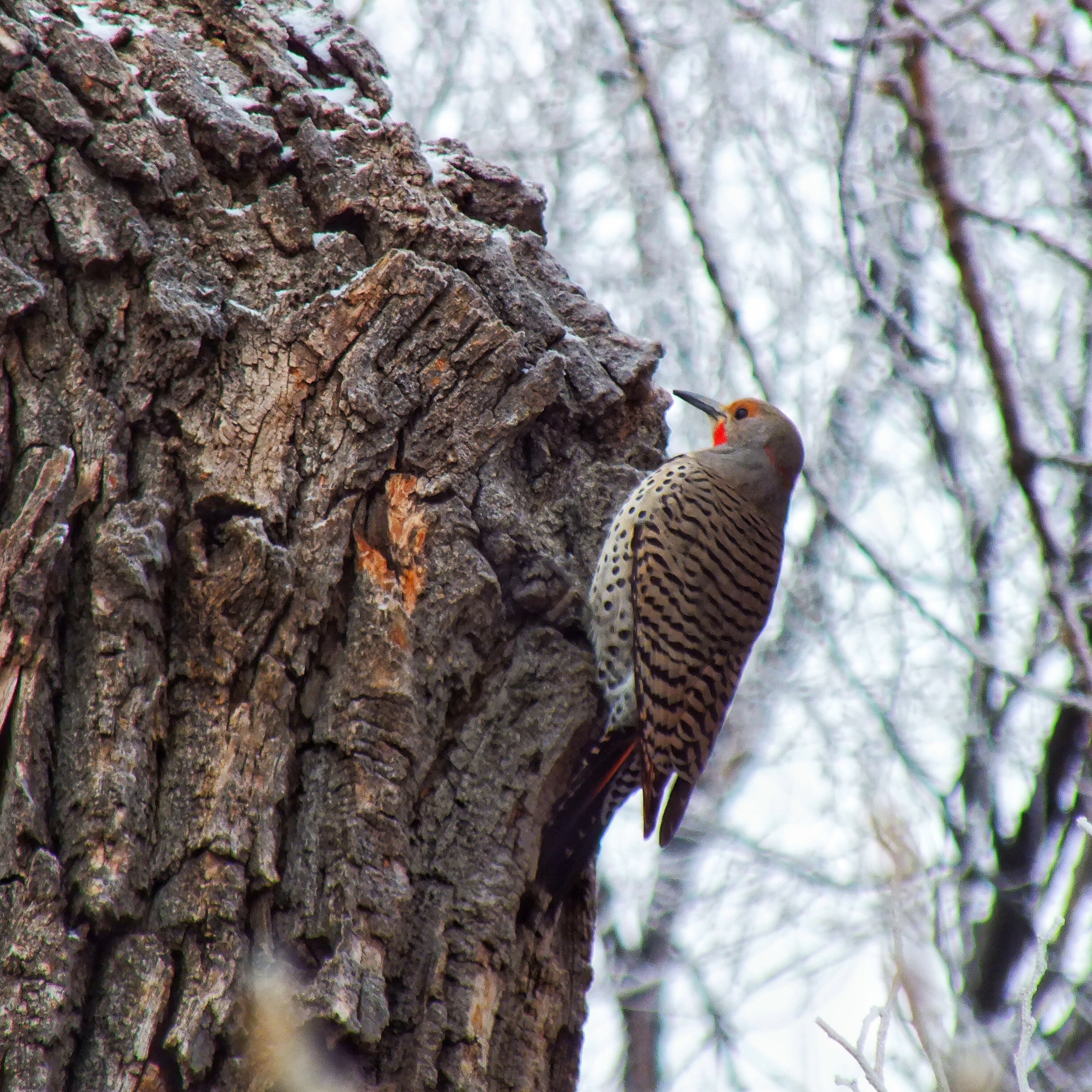 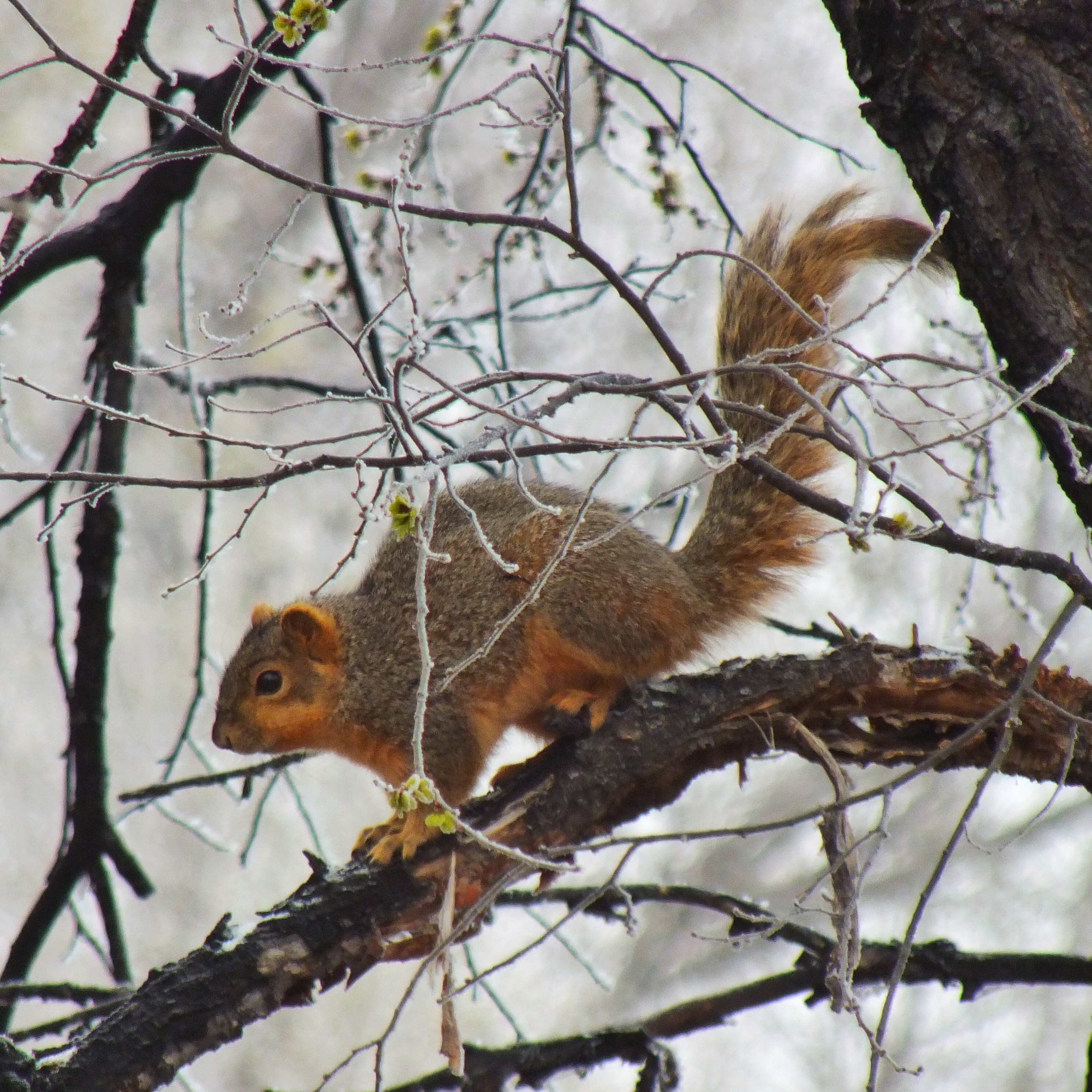 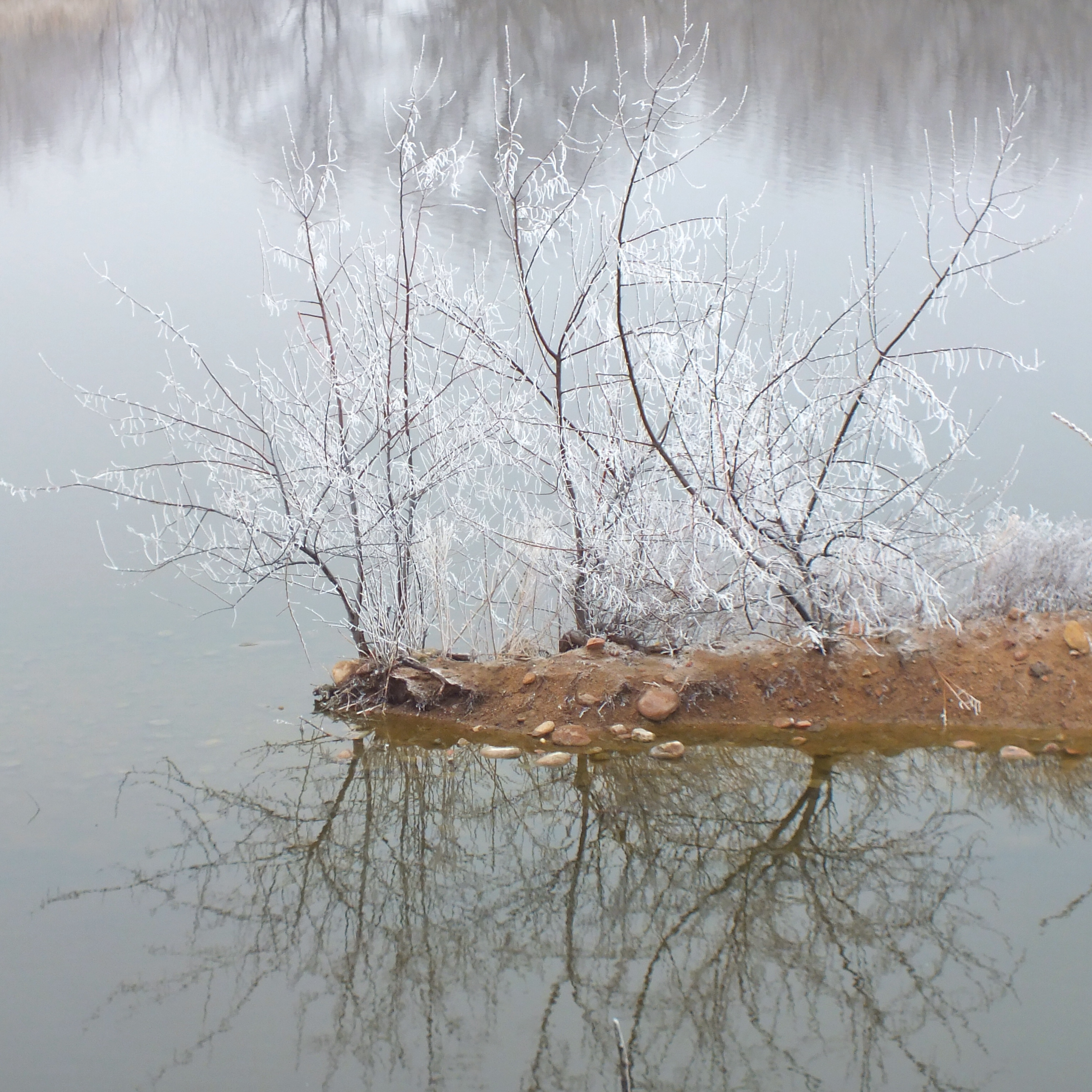 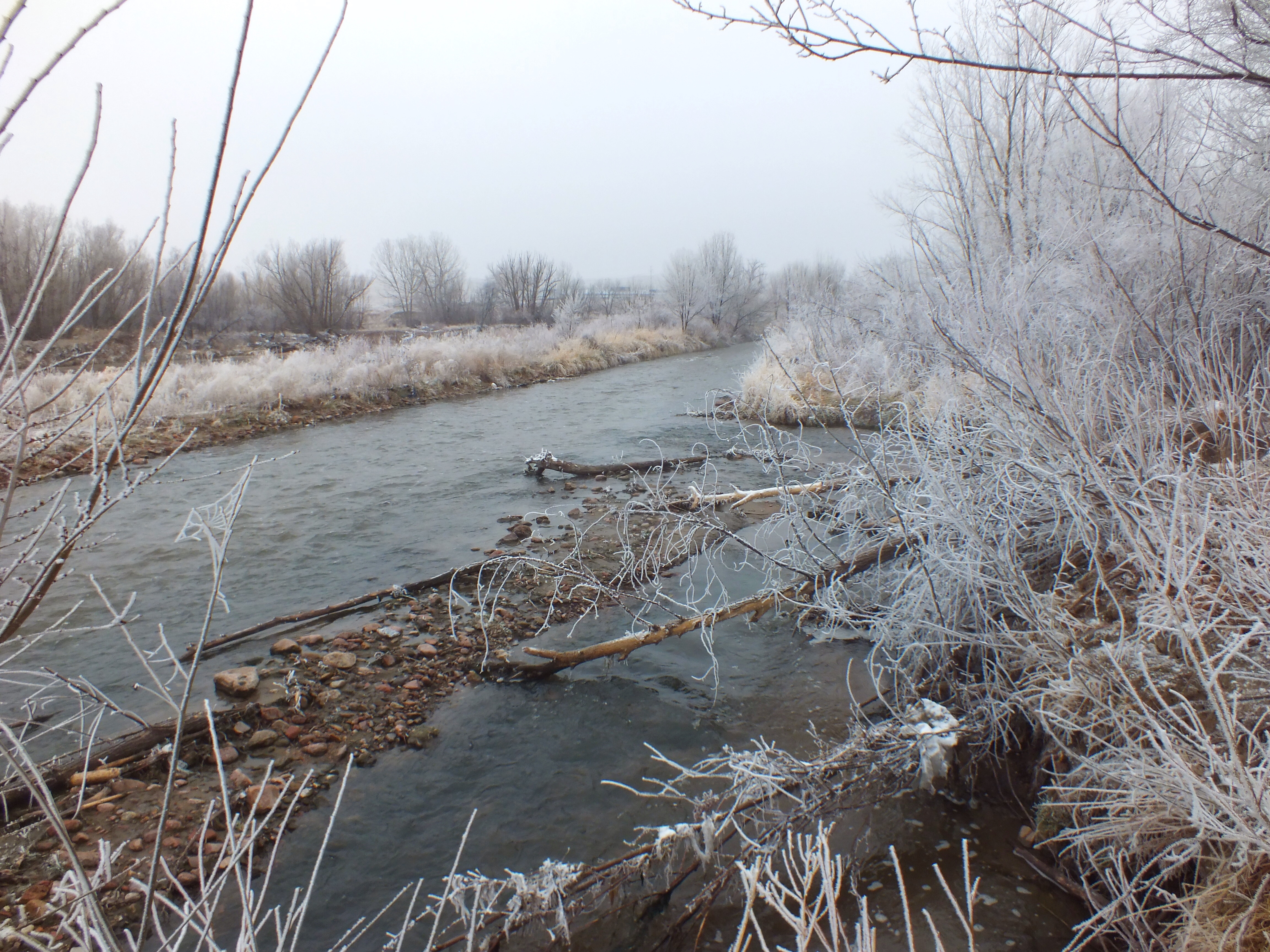 When I got to the cholla flats, I found the frost blanketing everything there too. 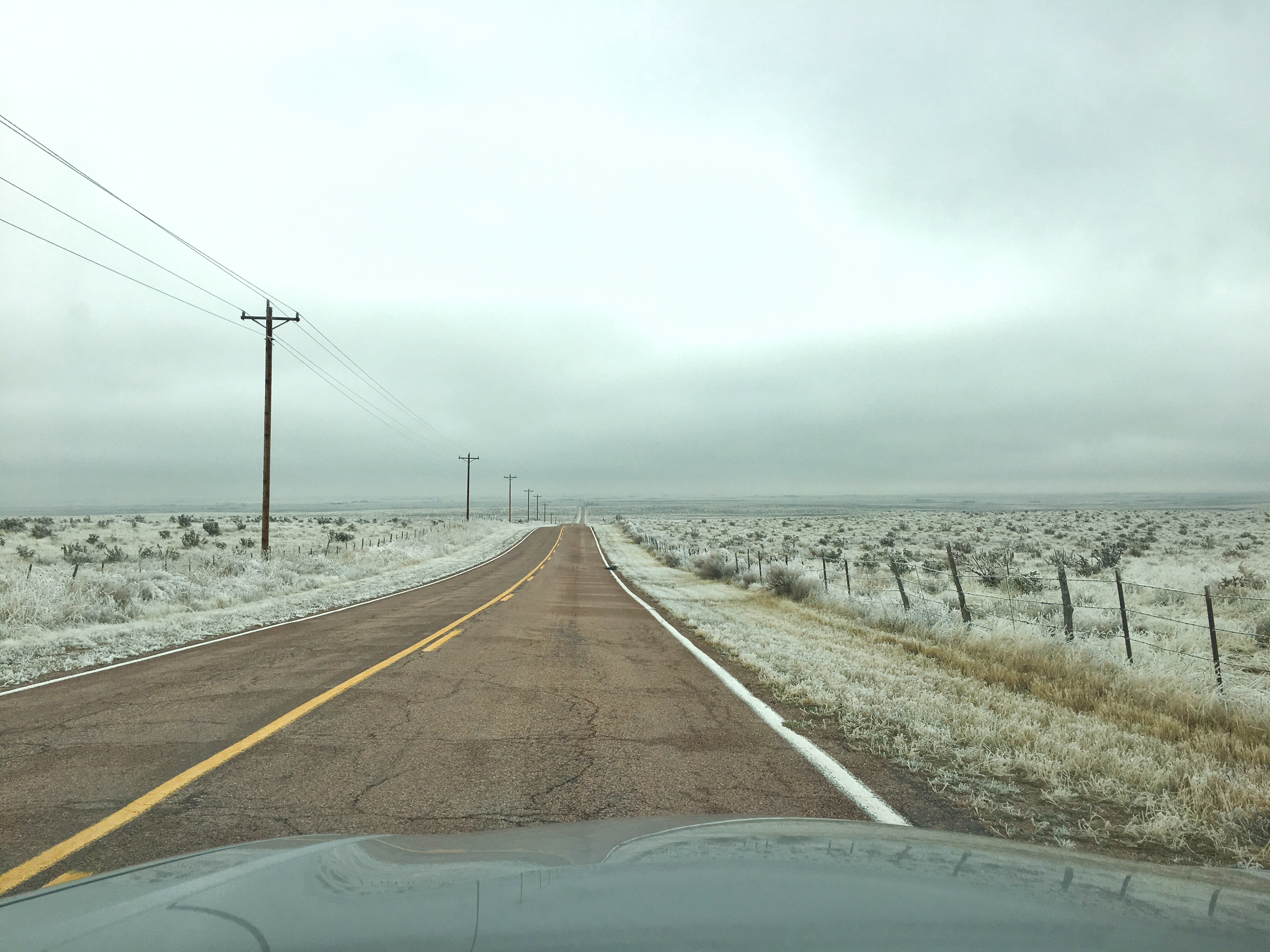 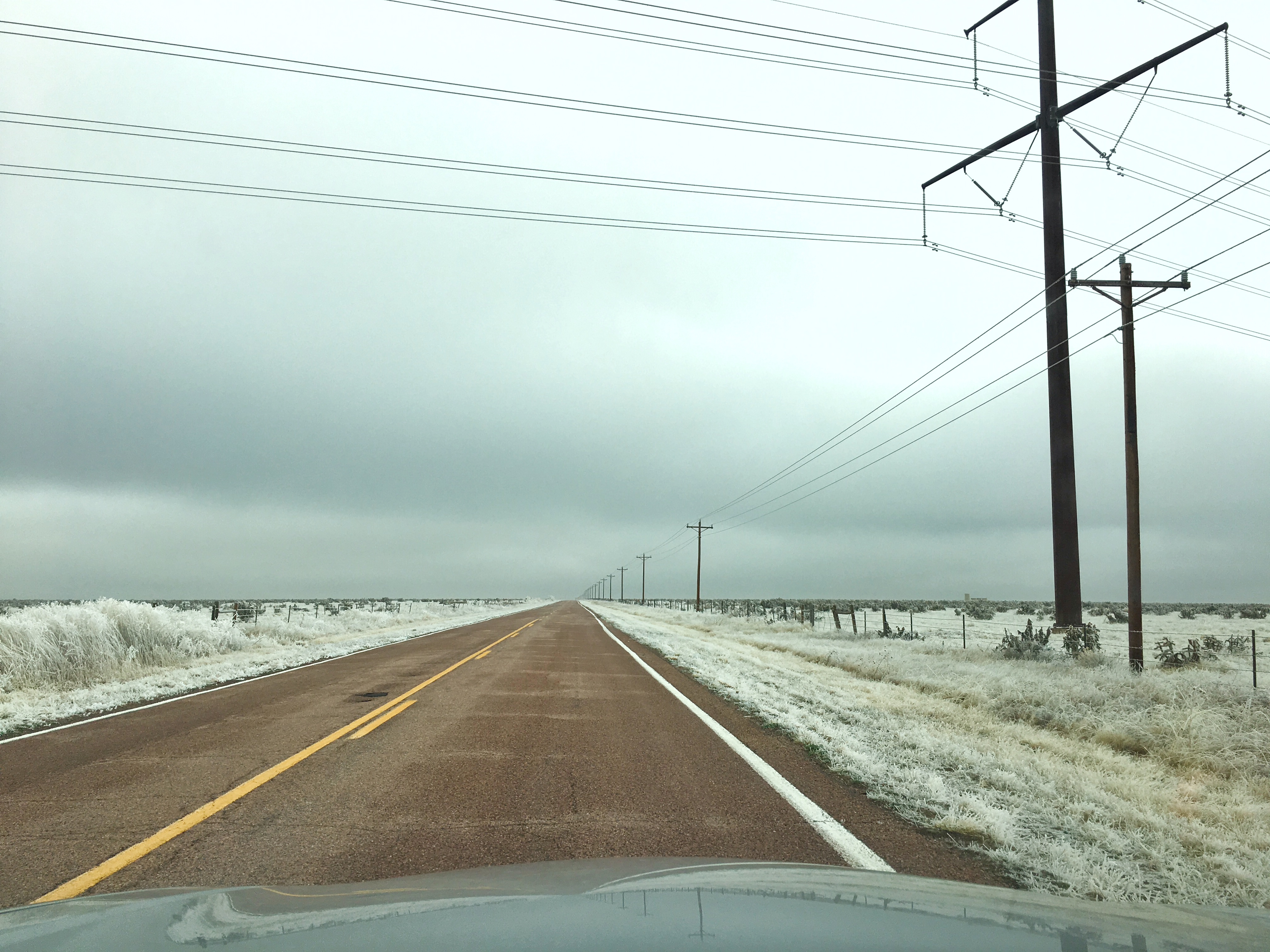 It didn’t take me long to find my lifer Sage Thrasher. I also saw a couple Canyon Towhees. (It really irritates me that my camera never focuses on my subject if the background is at all busy.) 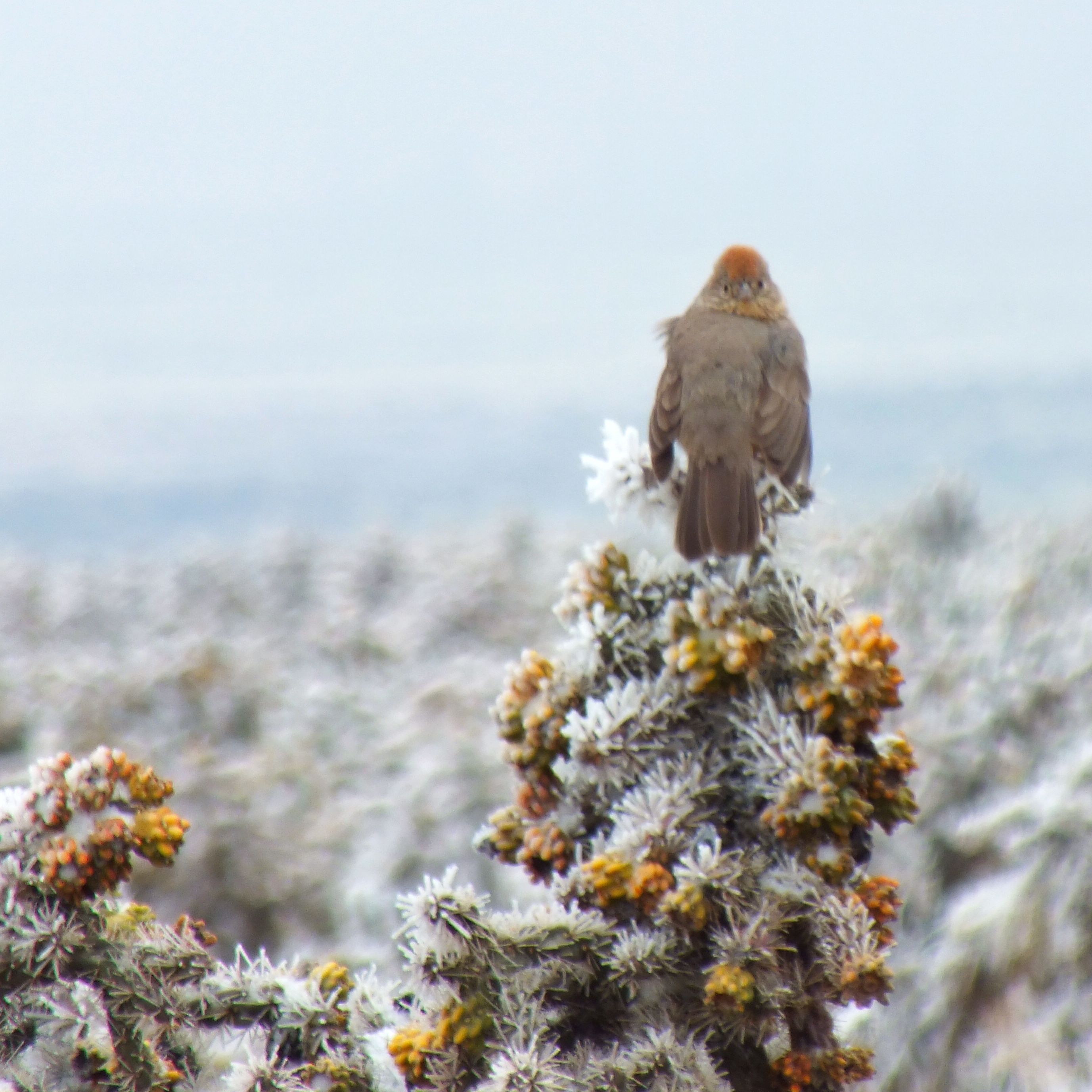 And a Red-tailed hawk. (I also saw and heard a small flock of Scaled Quail, but I didn’t get a photo.) 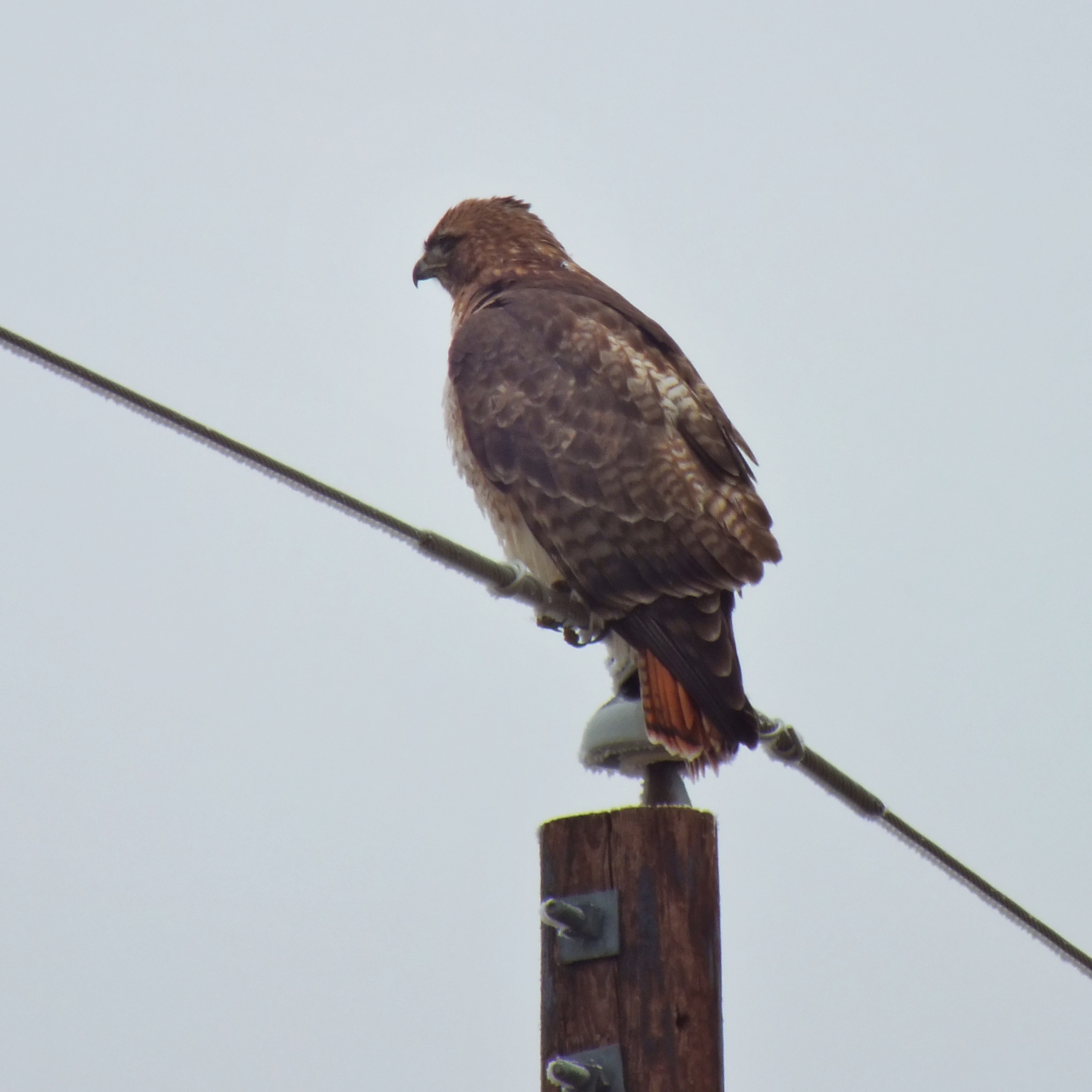 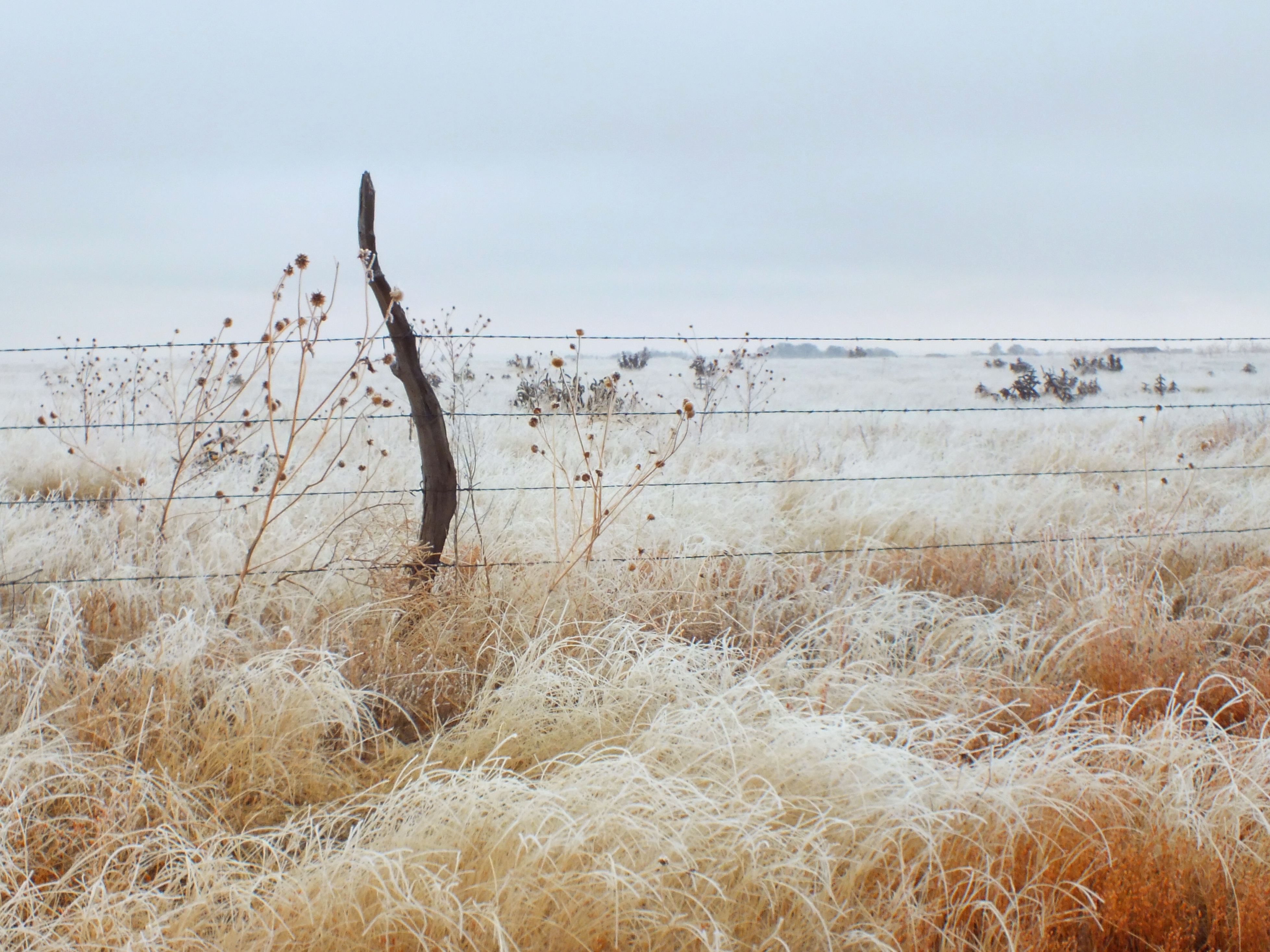 When I got to the small community of Hanover, the sun was trying to come out. The frost was evaporating from the grass in waves of humidity. 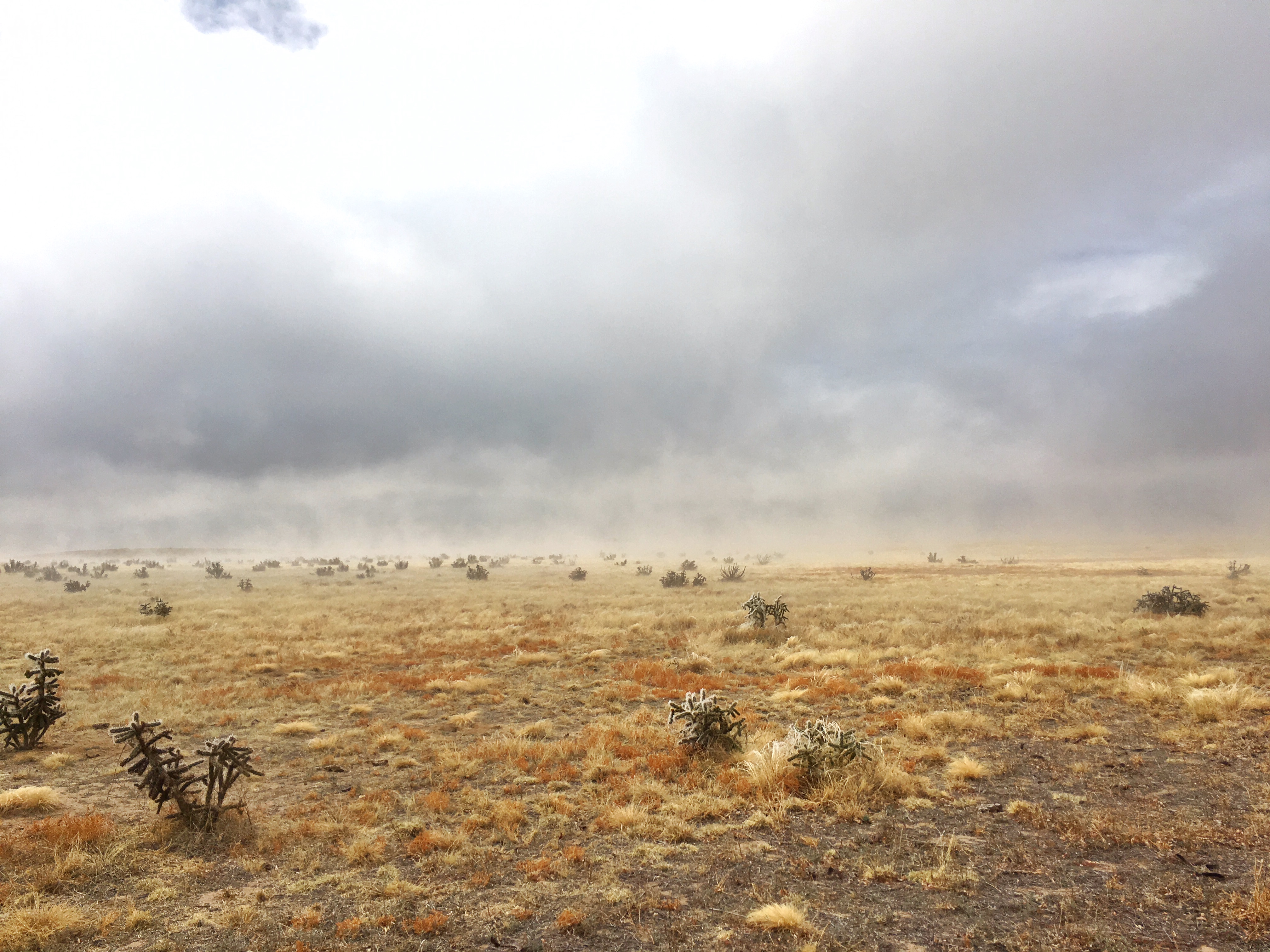 In Hanover, I found a Burrowing Owl in a Black-tailed Prairie Dog village. I didn’t get any photos worth sharing, but here’s one of the prairie dogs. 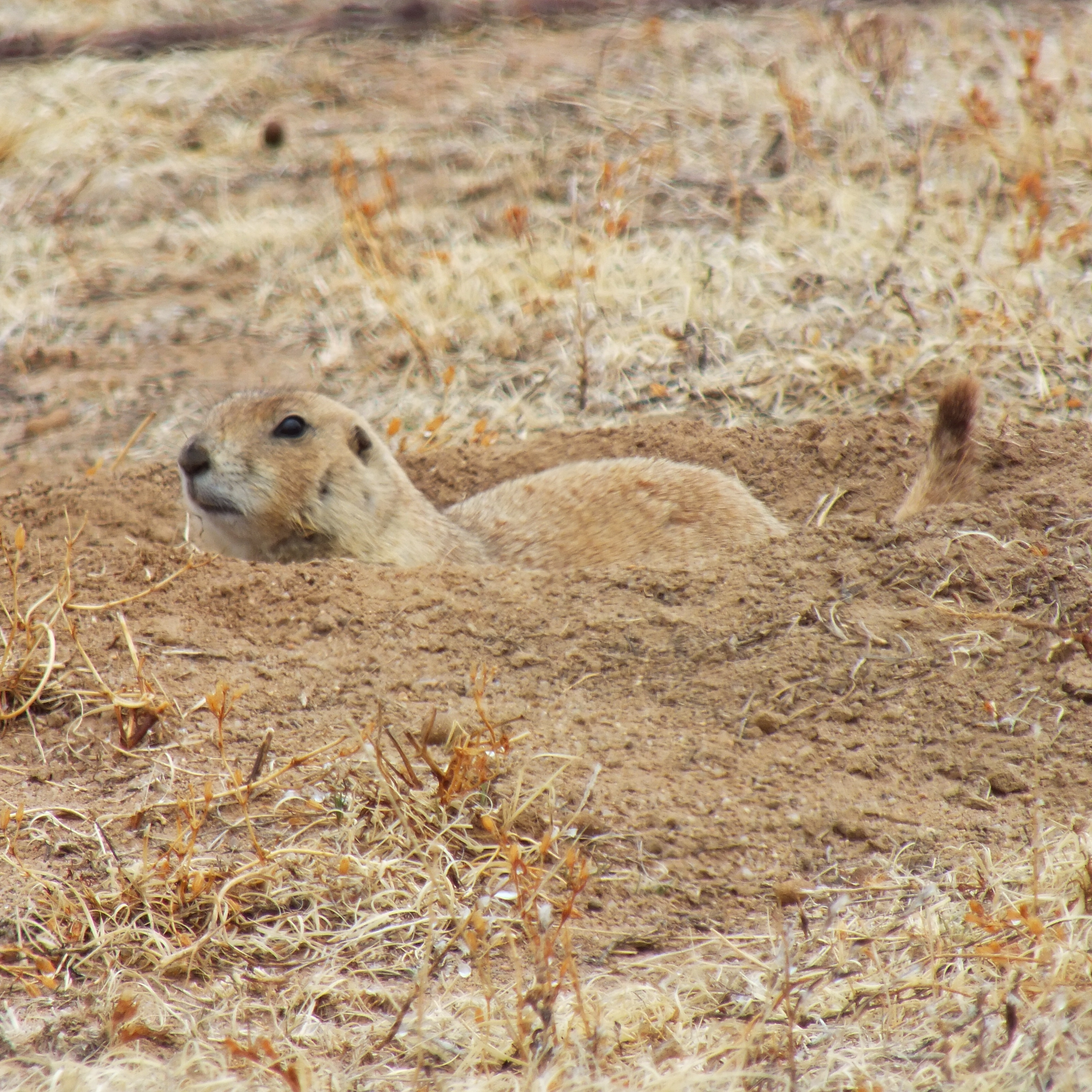 I headed north on back roads and got a great shot of a circling Swainson’s Hawk and the rare American Kestrel that was actually willing to stay put long enough for me to get a photo. 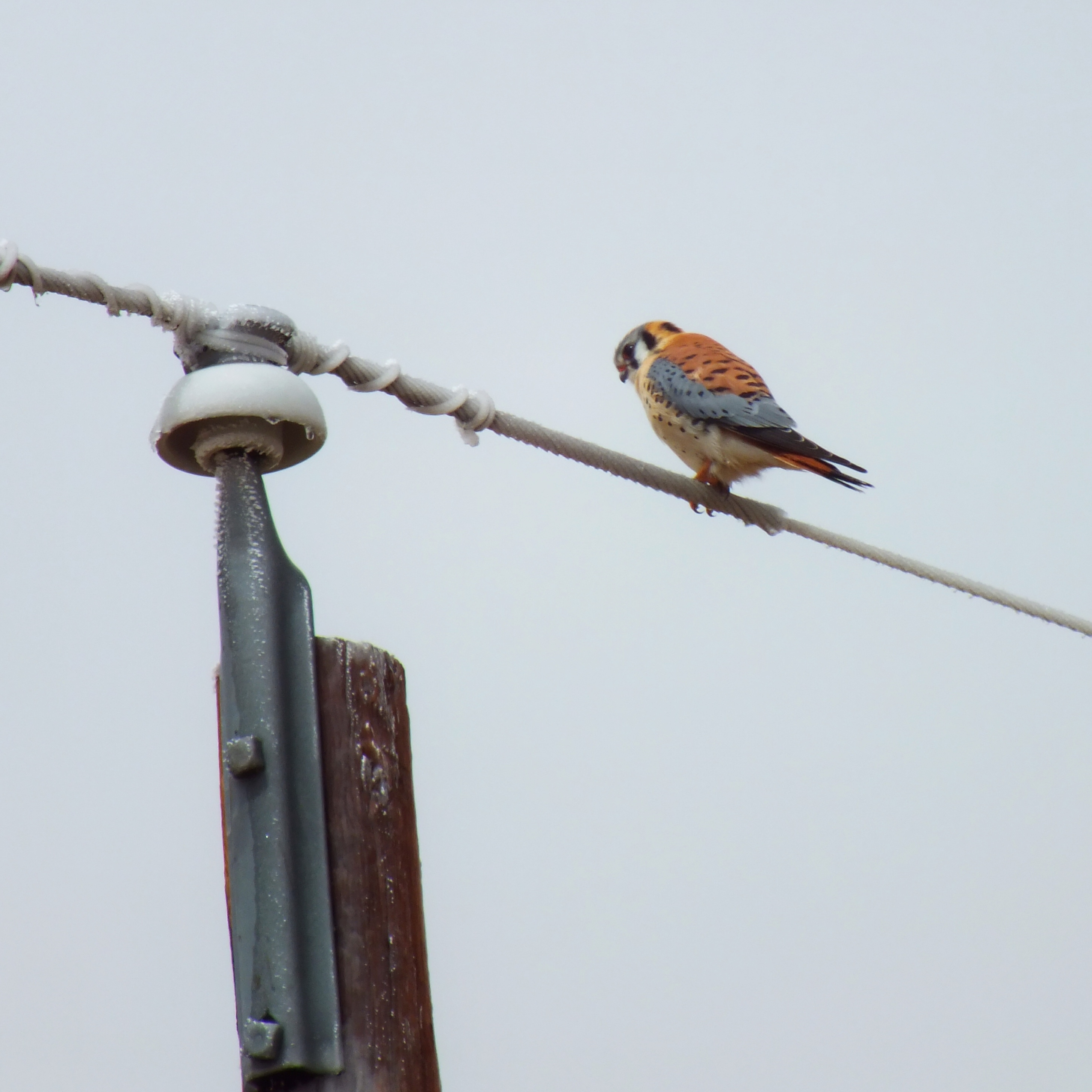 I found a second Sage Thrasher, but not much else, so I headed back toward home. On the way, I passed a small puddle that contained a Blue-winged Teal and nine American Avocets. 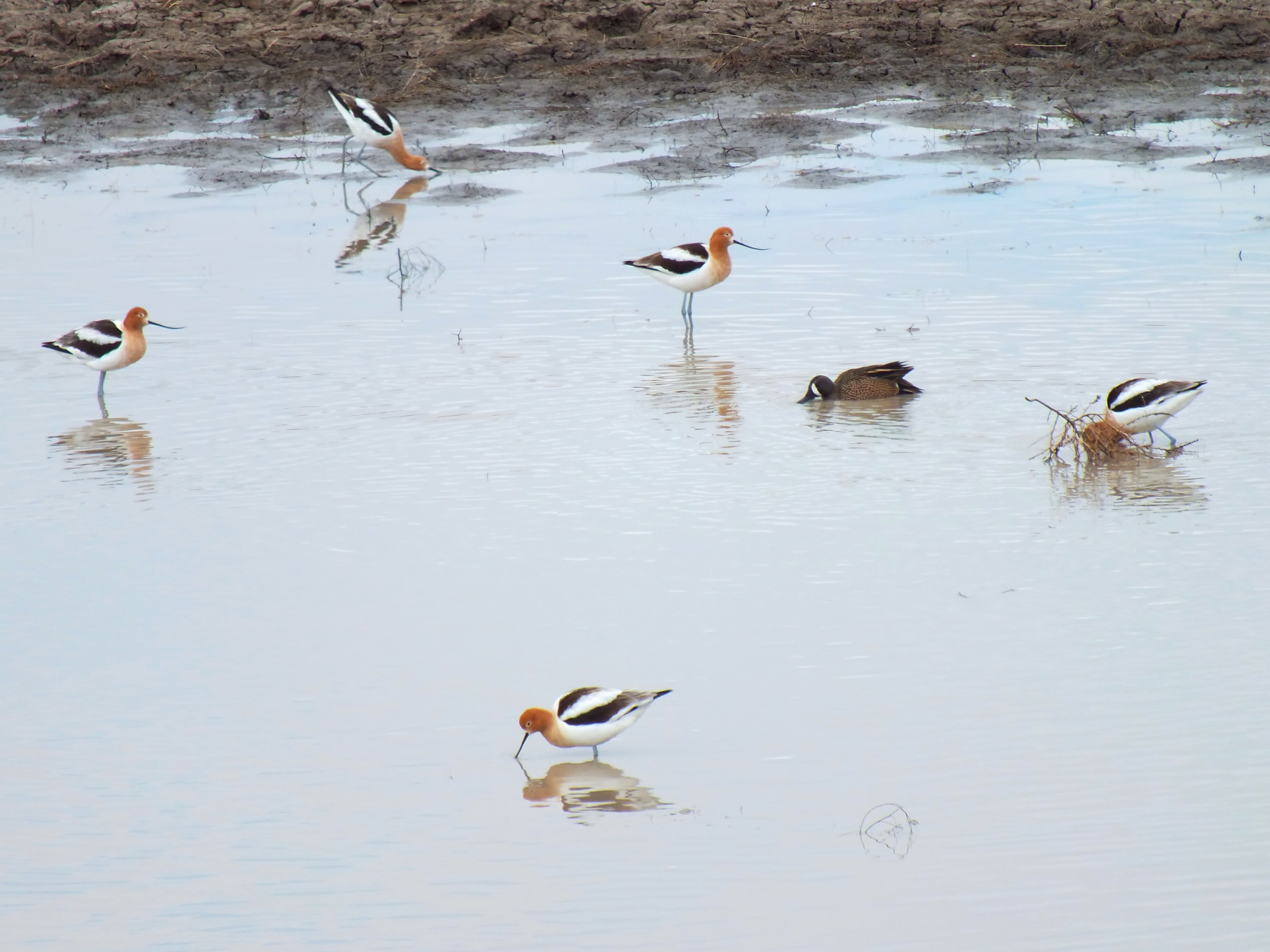 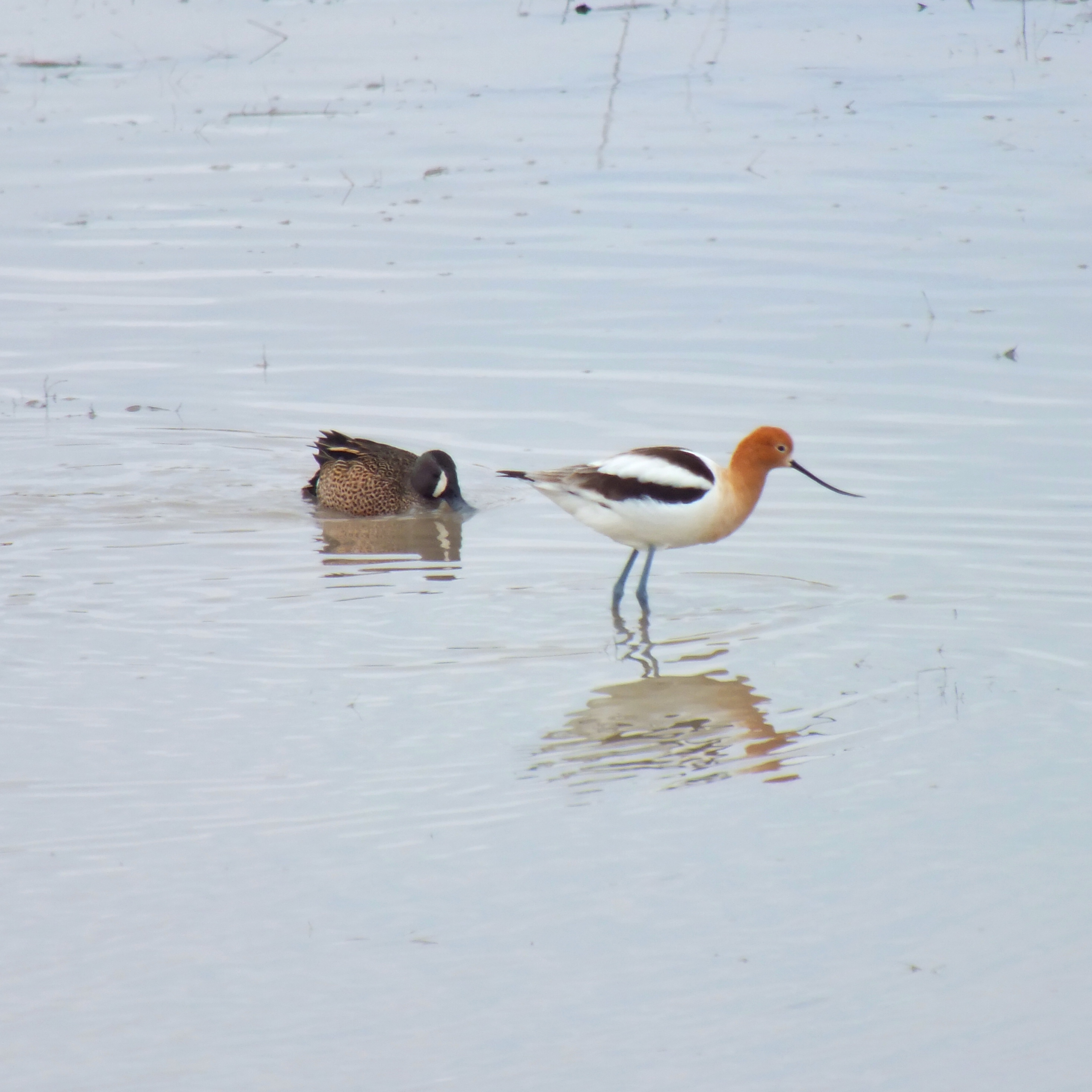 At the end of the day, I’d only seen 36 species, but one of them was new, and no day that includes a lifer at this point in my birding career is a bad day. But in addition to the birds, the frosty scenery was stunning. I’m very glad I didn’t go back to bed.