We went to the Ritter chocolate factory/museum/cafe. Although it was on the edge of the town of Waldenbuch, the area had a rural feel. Next to the museum was a field lined with farm-like property with trees beyond that. We were sitting inside the open-walled cafe, waiting for our lunch when I spotted two birds low over the trees in the distance. I had my binoculars, of course, so I jumped outside to get a better look. One of the birds was a Common Buzzard. The other was a much-smaller Eurasian Kestrel. The two birds were taking turns chasing each other, and almost looked like they were playing. I could tell the smaller bird was a kestrel by its falcon-like shape. It’s back and inner wings were rufous. The outer half of the wings formed dark triangles.

After we ate, I walked around the area. I spotted the Kestrel perched in a small tree along the edge of the field. It’s breast had dense spots on a pale brown background. Before I could get a photo, it took off in a dive, and all I got was this. 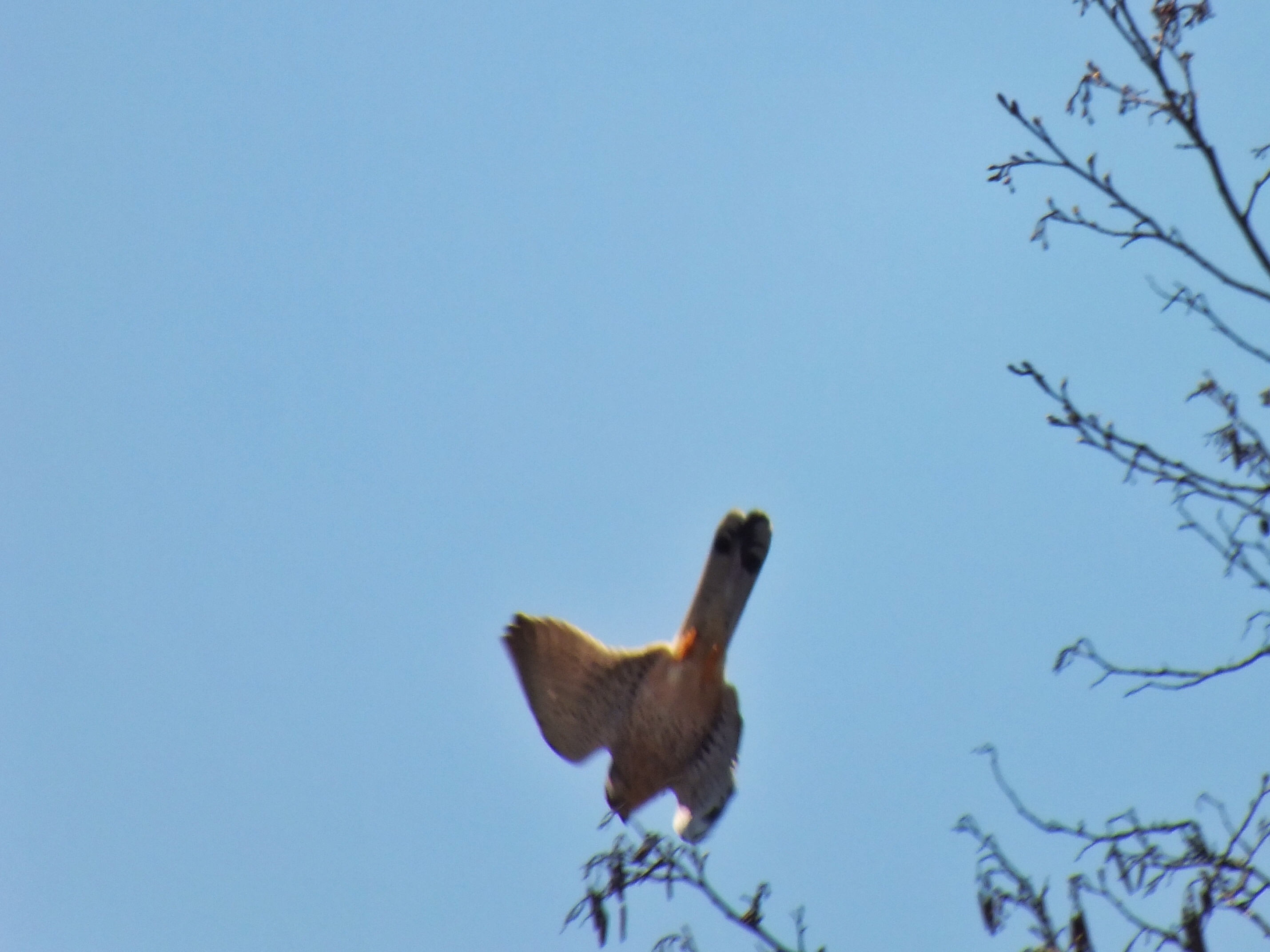 I’m pretty certain I saw others during the week, flying over fields or sitting in roadside trees, but didn’t get another good look.