We walked the path around the pond in the park in downtown Böblingen. At one end, there was a tiny islet made up of a pile of rocks with a few bushes growing on top. I spotted a smallish bird swimming under the bushes and soon found it standing in shallow water in the shade. I knew immediately that it was a moorhen because it looked almost exactly like the Common Gallinule of North America. Except that the Gallinule is a much warier bird, rarely swimming in open water and then only in openings in the middle of large marshes. I’ve certainly never seen one in a city park just a few yards from a steady stream of people. 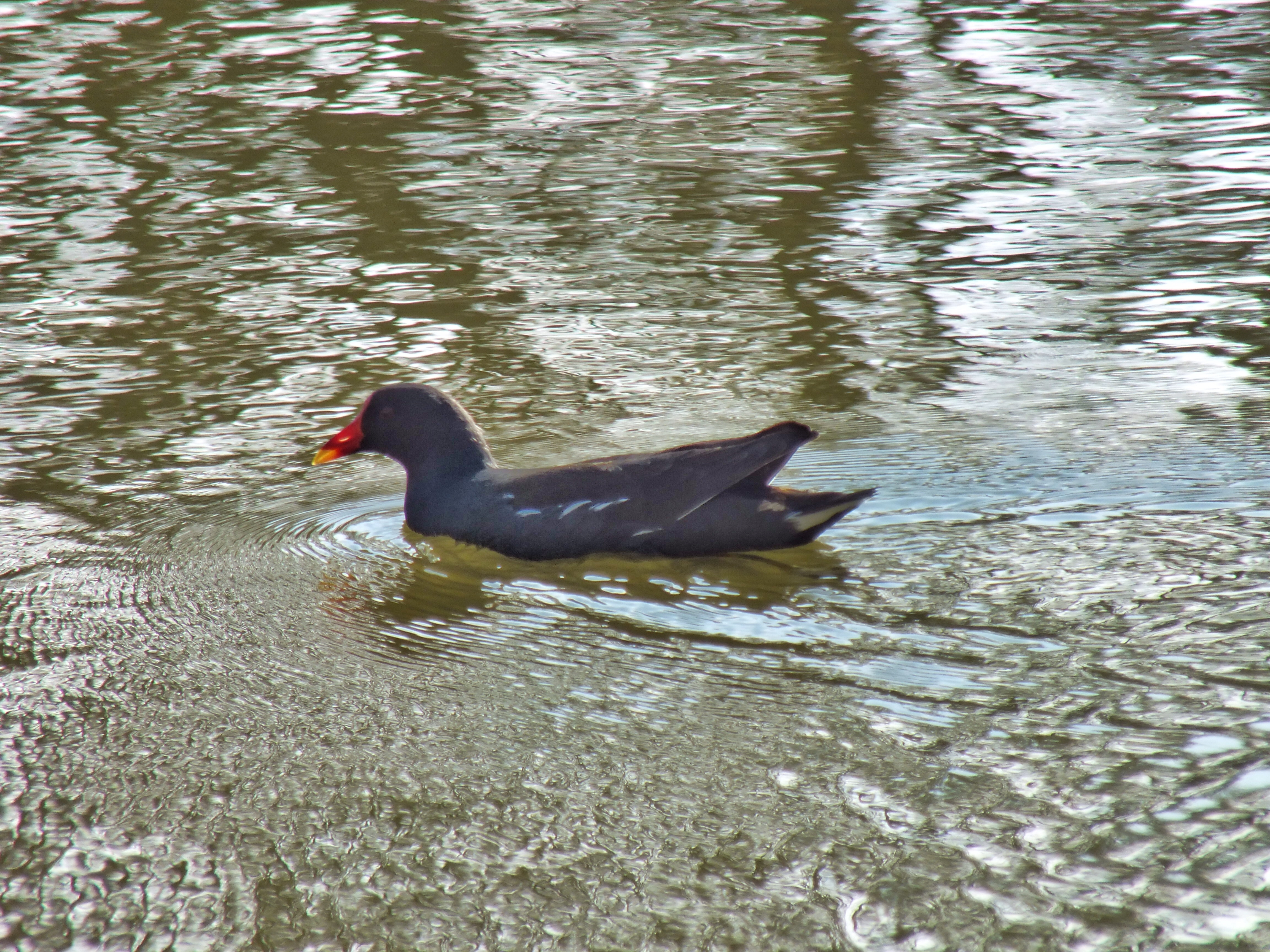 The moorhen swam across a section of open water to the opposite bank of the pond, then jumped up on the shore path and picked at something on the ground. 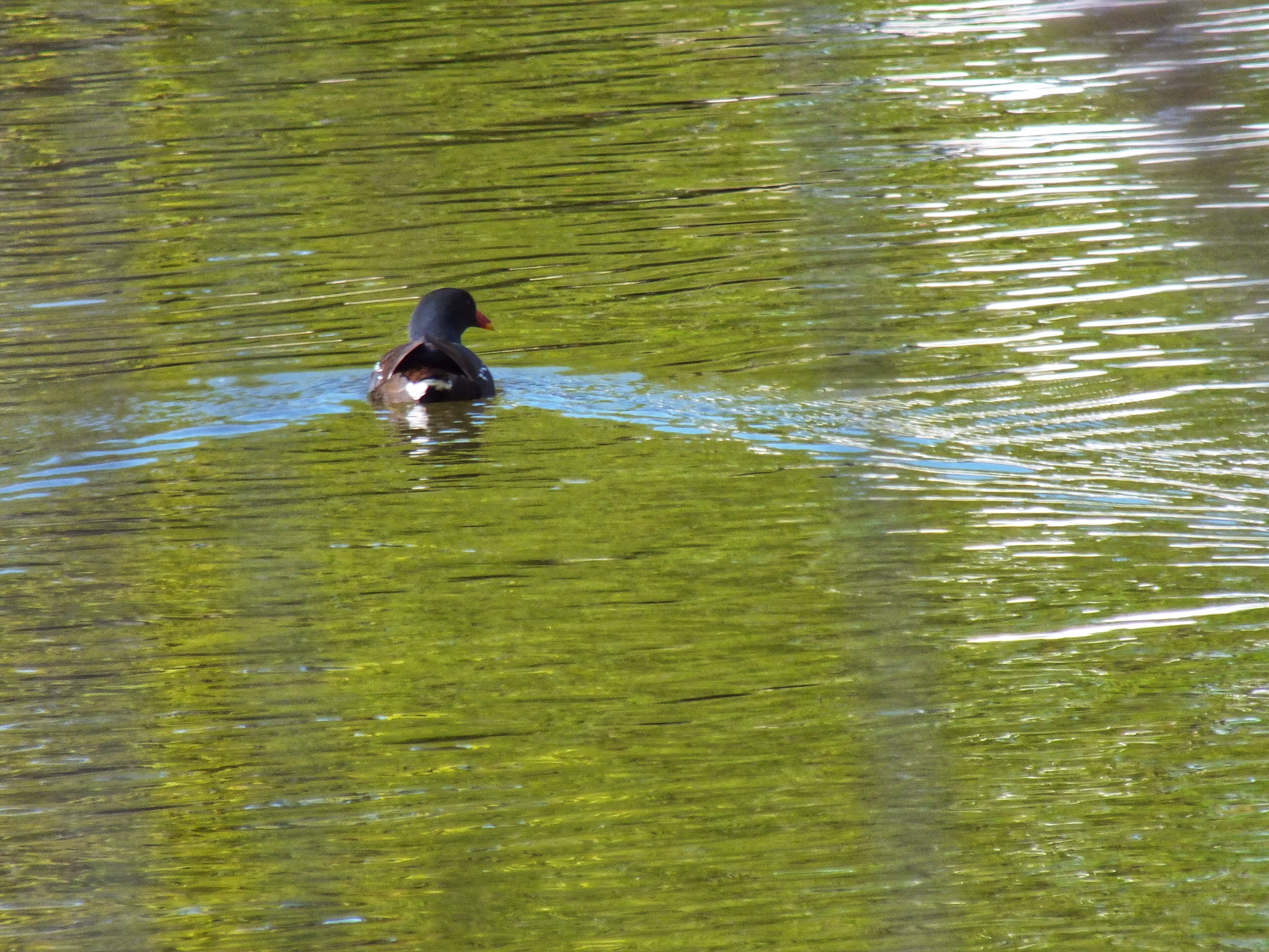 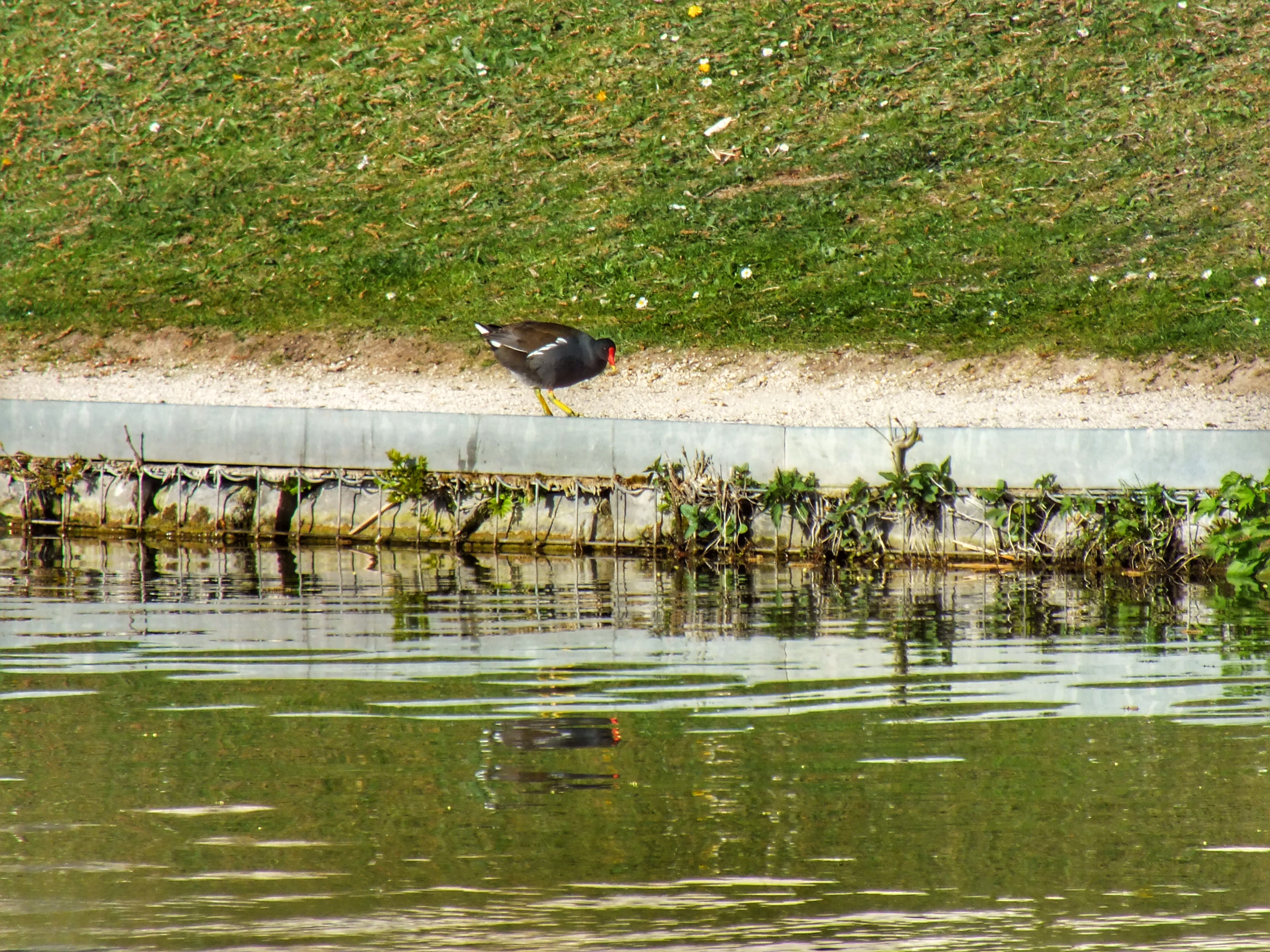 I retraced my steps to get a closer photo, but by the time I got there, the bird was back in the water swimming away from where I was.