We had finished our circumperambulation of the pond in downtown Böblingen and were back where I had seen the Egyptian Geese an hour earlier. This time, the area was filled with several pairs of Graylag Geese and swarms of their downy young. I think in the video below I count 42 total geese. The area was also filled with people taking pictures and video of the geese. The adult geese were acting protective of their young, but were in no big hurry to escape. Graylag Geese can be told from other similar species by their large size and the combination of large orange bill and pink legs. 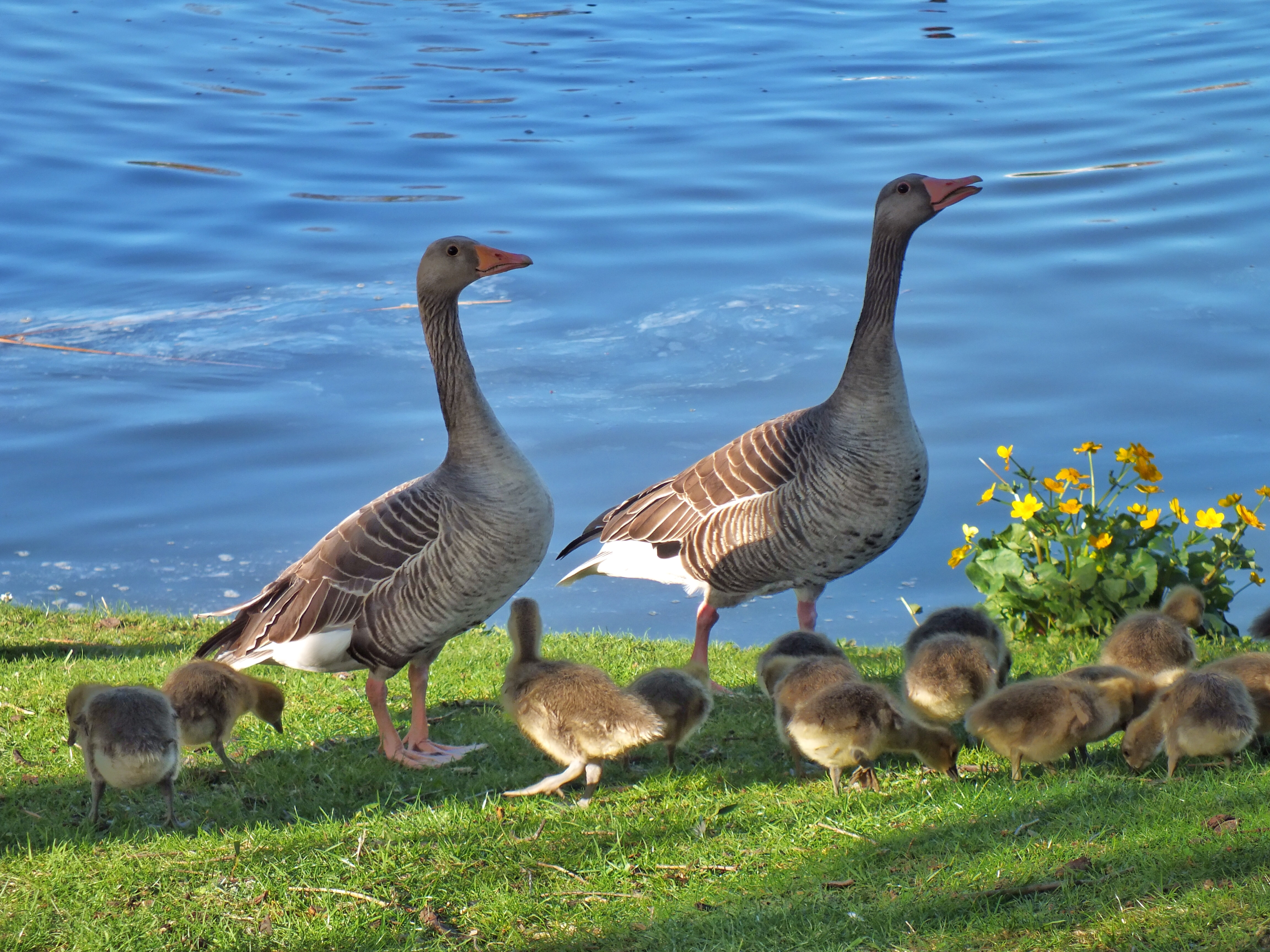 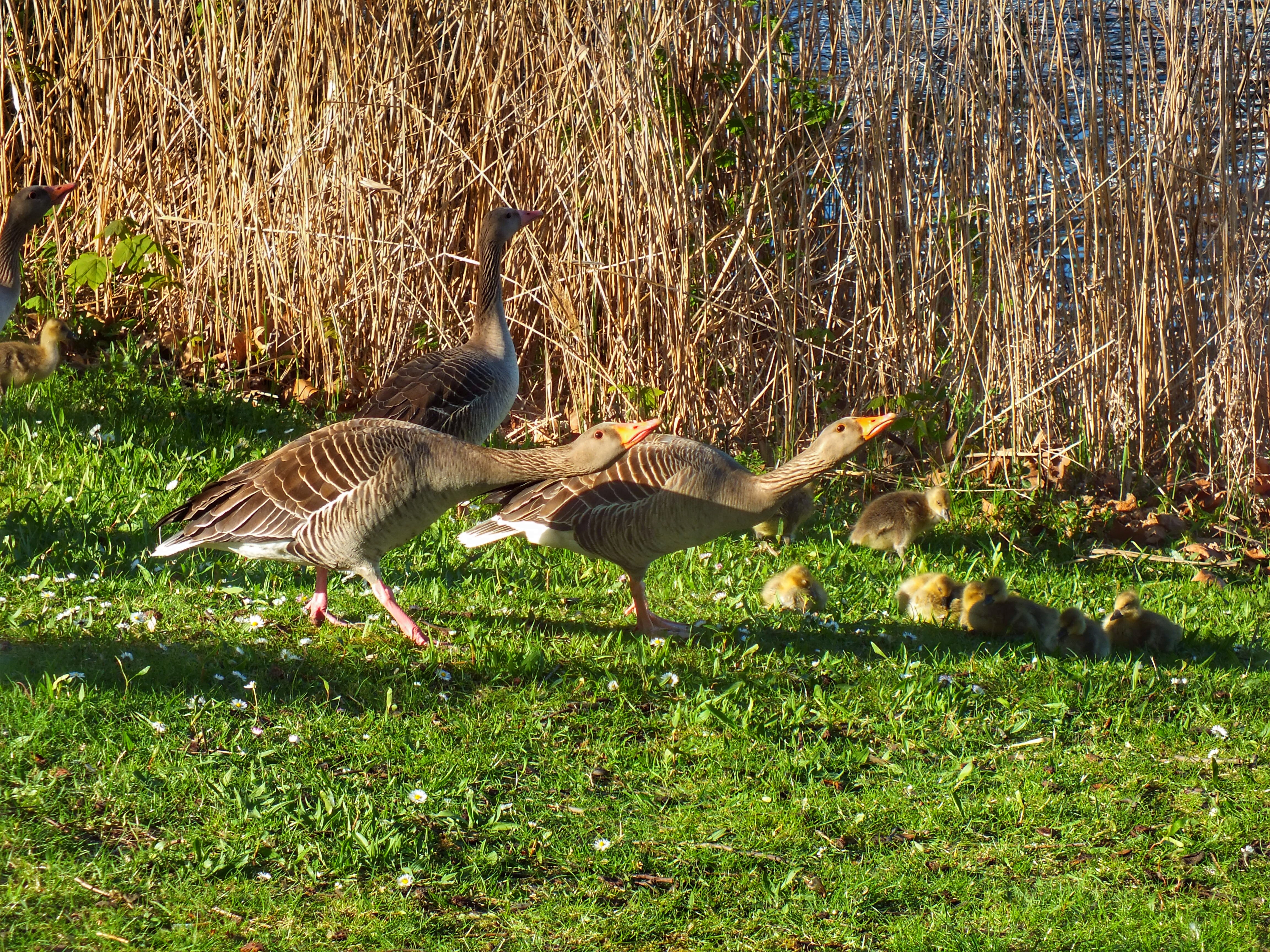 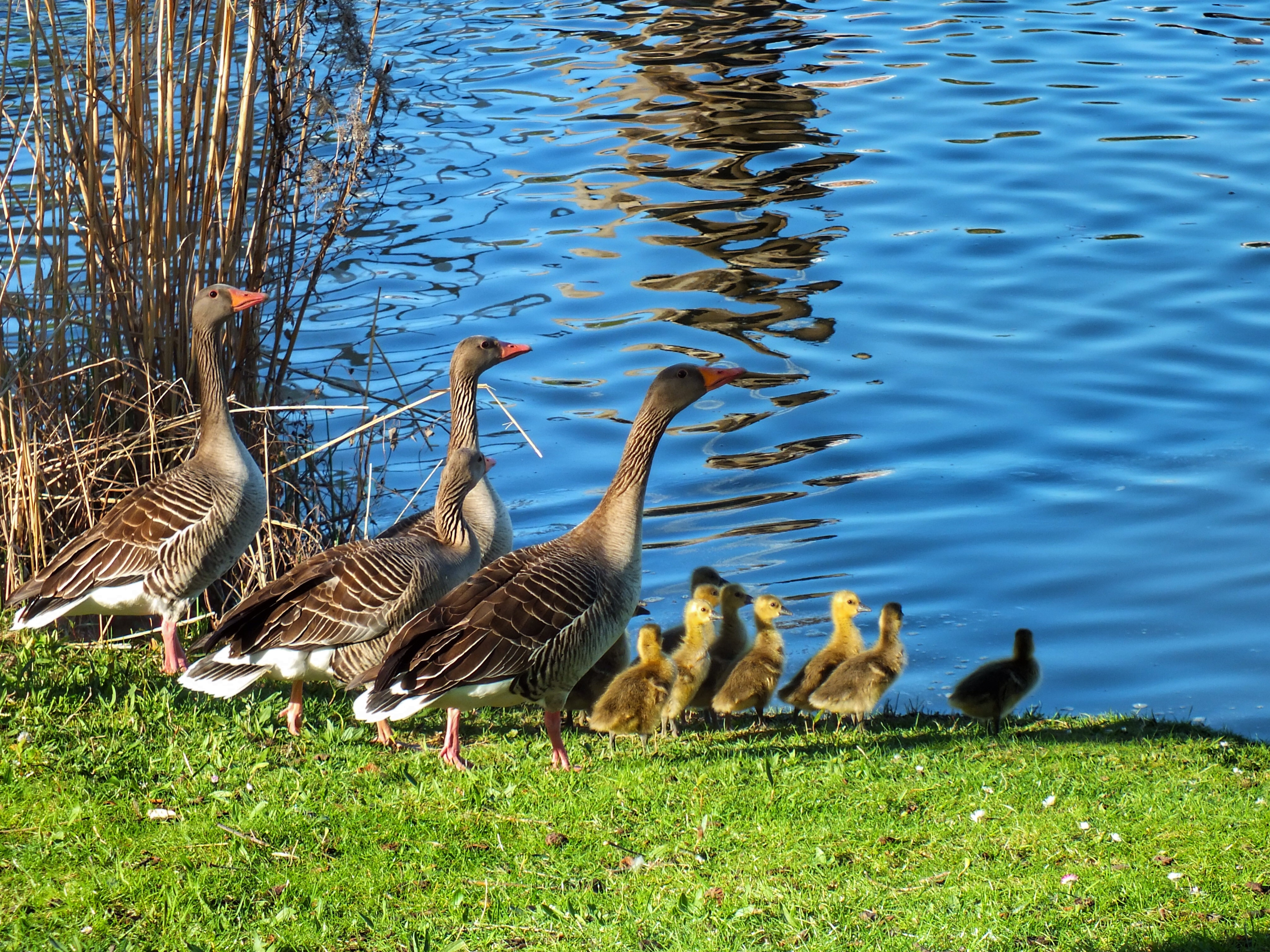 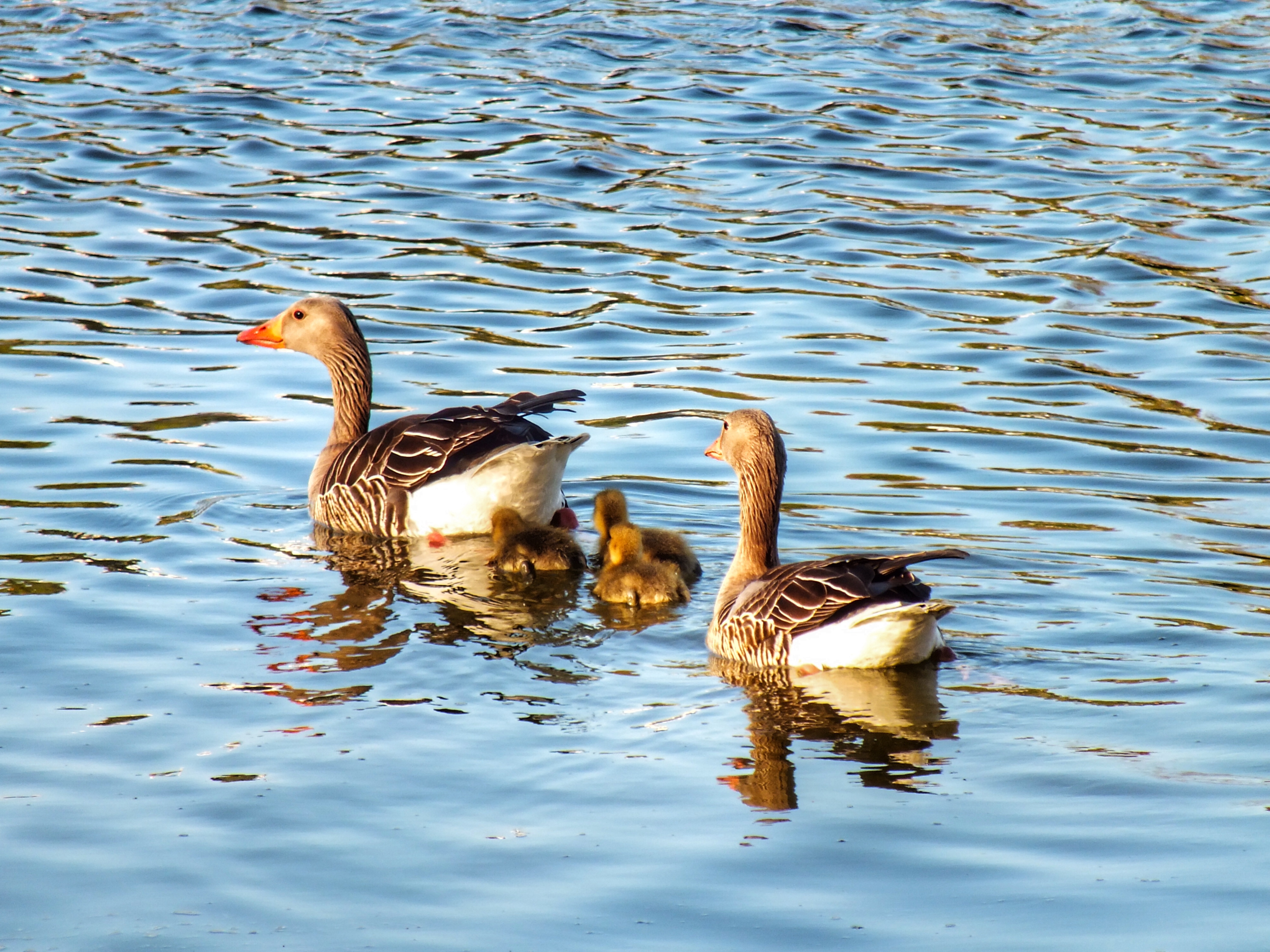 Graylag Geese are the ancestors of the large white farmyard geese. Historically, they bred in Northern Europe and wintered near the Mediterranean, but in recent times many have taken up a permanent residence throughout Europe, especially in city parks.