This was one of the birds on my “boy I hope I see one of those in Europe” list. I knew my best chance would be the day we drove to Strasbourg, France. We were driving the L98 highway just a mile or so east of where it crosses the Rhine River and enters France. The region was fairly flat, with farm fields and wood lots—typical of river plains.

I saw a large white bird in a grassy field about 50 yards off the highway. I kept my eyes on it as we zoomed past. A biker approached on a path, and the bird flew up to land on top of a tree stump, maybe 15 feet off the ground. I could tell it was a stork by its white plumage, black wings, and orange beak and legs.

After we spent the morning in Strasbourg, we headed south into France to see a World War I battlefield. Our highway cut through more flat farmland, and I soon spotted more storks. One was soaring in lazy circles maybe 150 feet off the ground. All the others I saw were standing or feeding in dirt fields, sometimes alone and sometimes in groups of as many as four.

The photo and the video were both taken in France. They were shot out the window of a car that was going about 80 mph. Under the circumstances. I don’t think they’re bad. 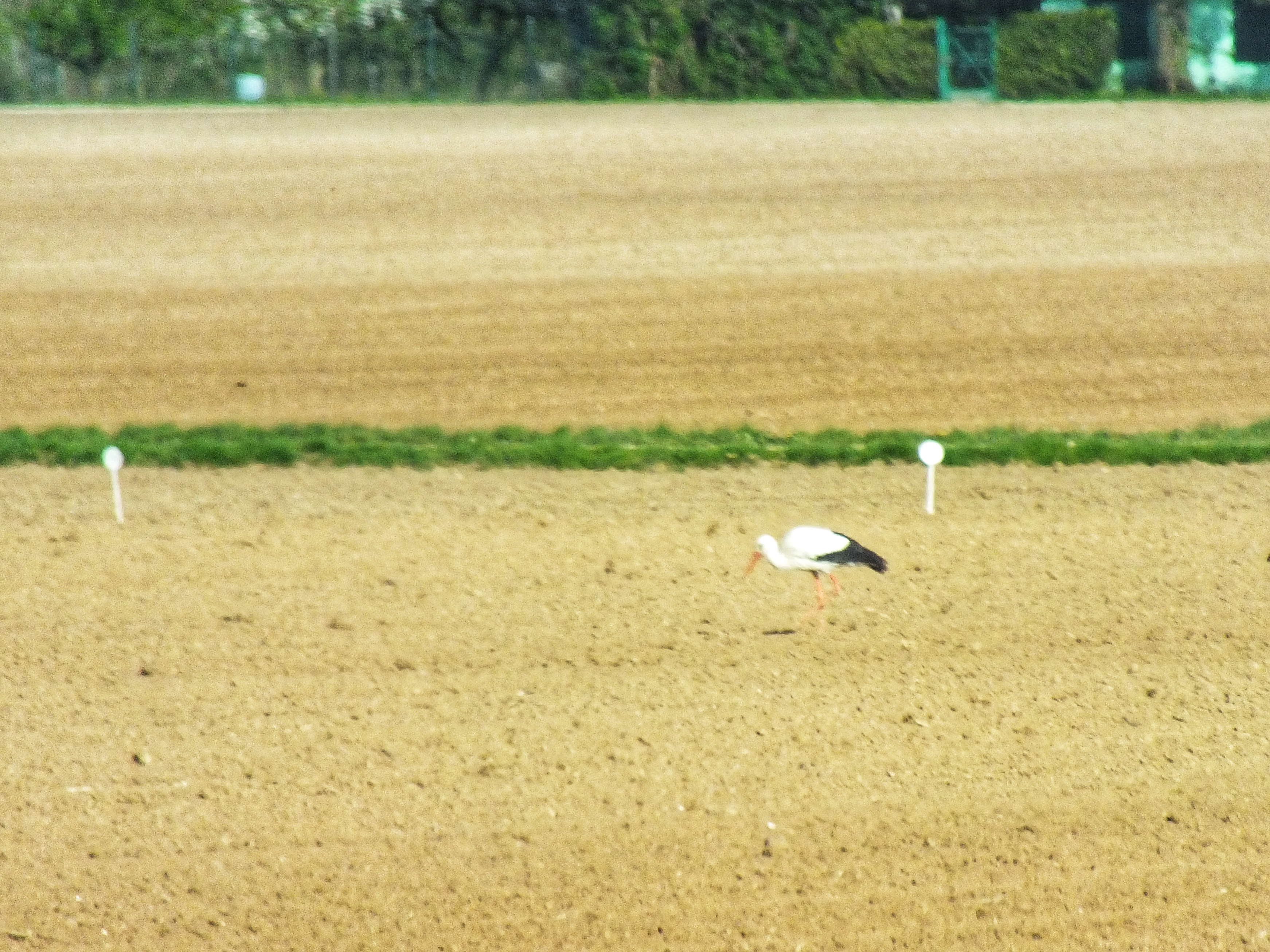