On Monday morning, we went to Strasbourg. We crossed into France halfway across the bridge over the Rhine River. There was no customs station, and in fact no border presence at all except for a small sign on the railing of the bridge (as seen through the bug-splattered windshield of the car. 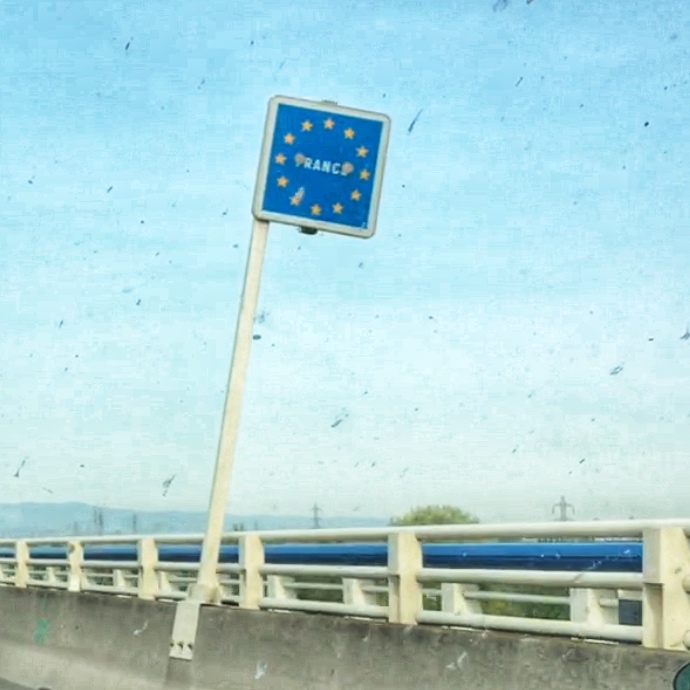 We parked in an underground garage about two blocks from the cathedral. It was Easter Monday, a holiday in parts of Europe, and there were a lot of people in town. It wasn’t at all difficult to find the cathedral. 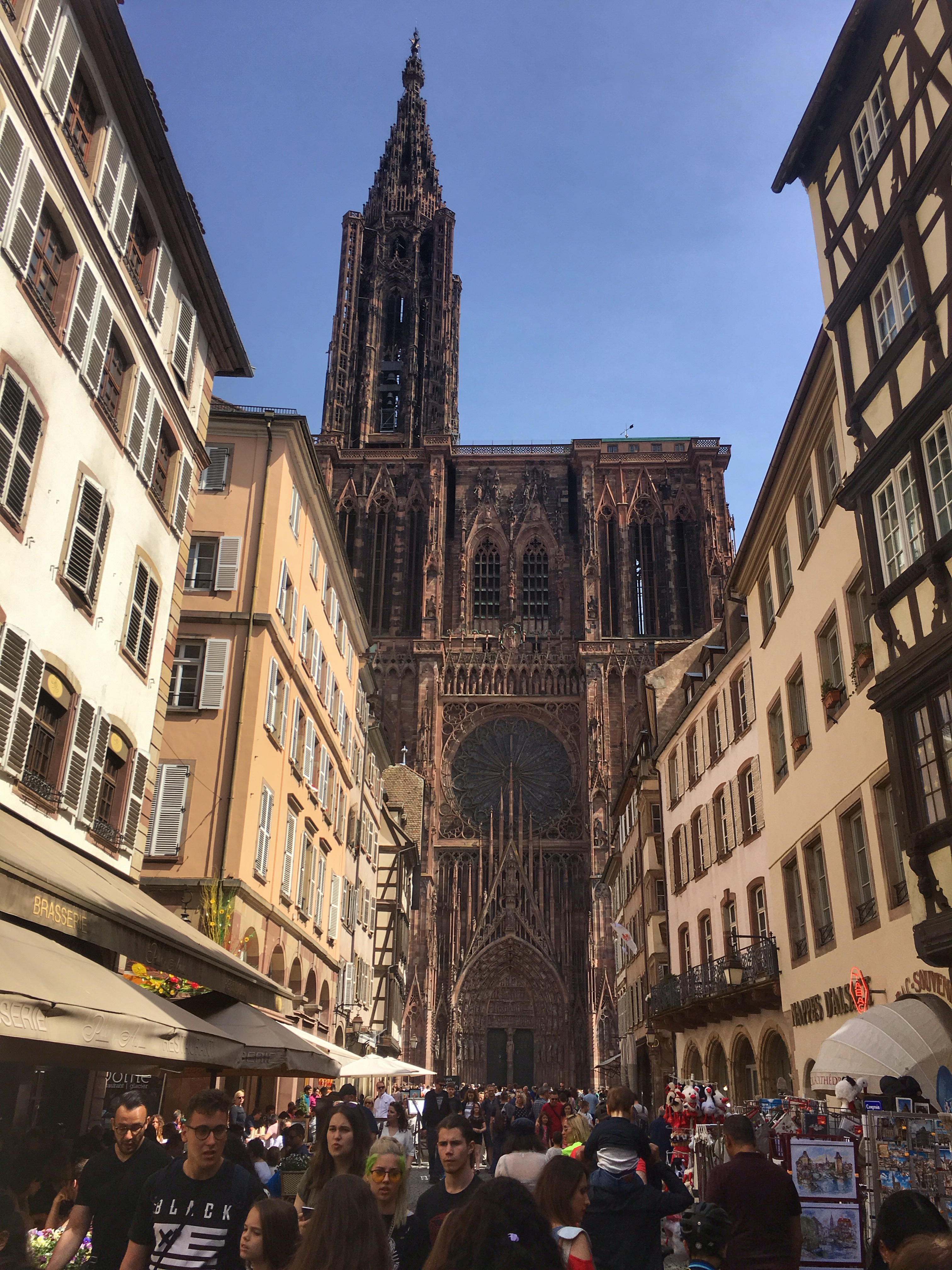 Construction began in 1176 and continued until 1439. After another cathedral burned down, this cathedral was the tallest building in the world for 227  years, until 1874. During the Reformation, it was converted into a Protestant church. That lasted from 1524 until 1681 when France annexed the city and returned it to the Catholics.

The style is Gothic, and I didn’t find it particularly attractive. Impressive, yes. Attractive, no. 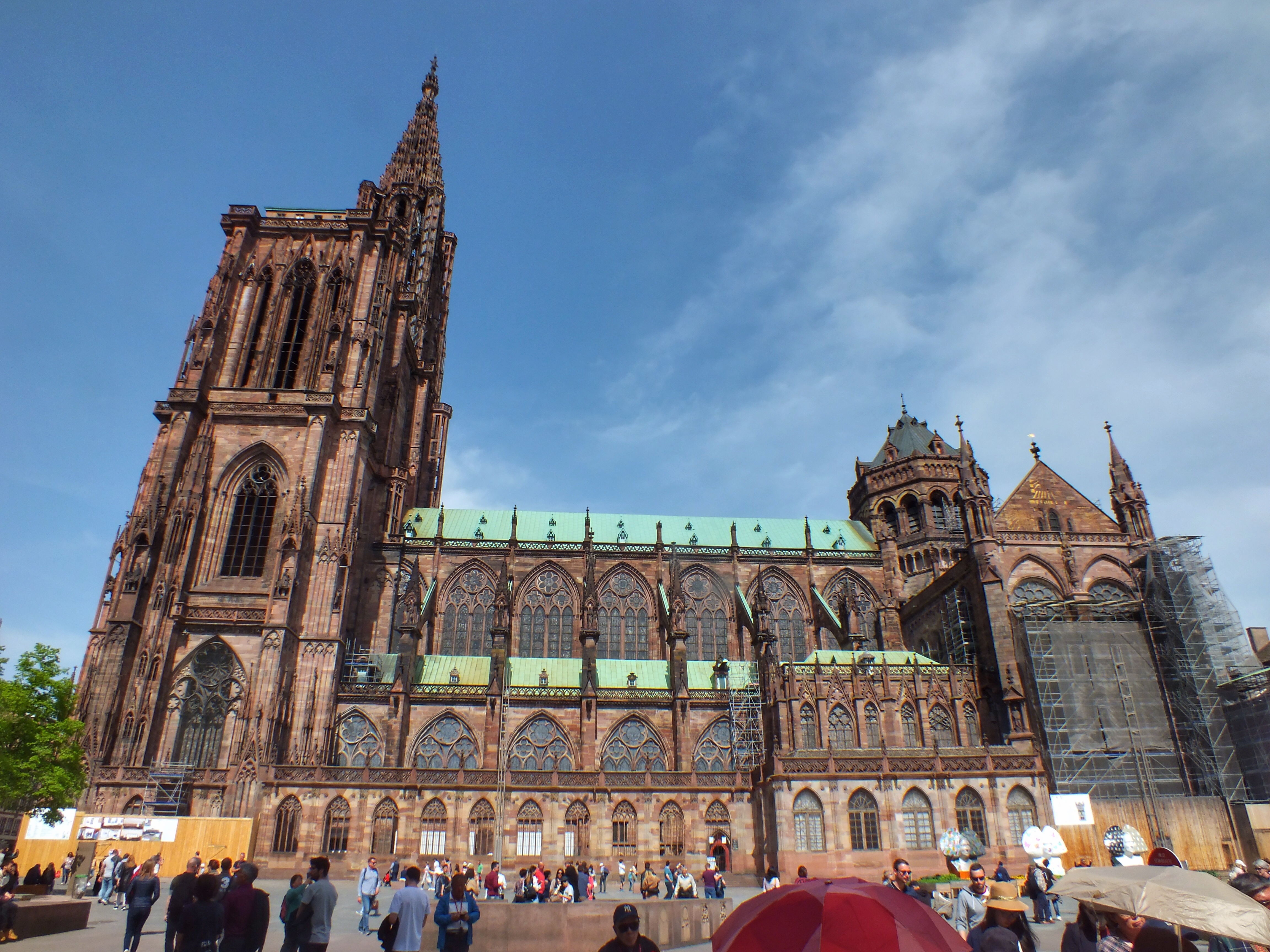 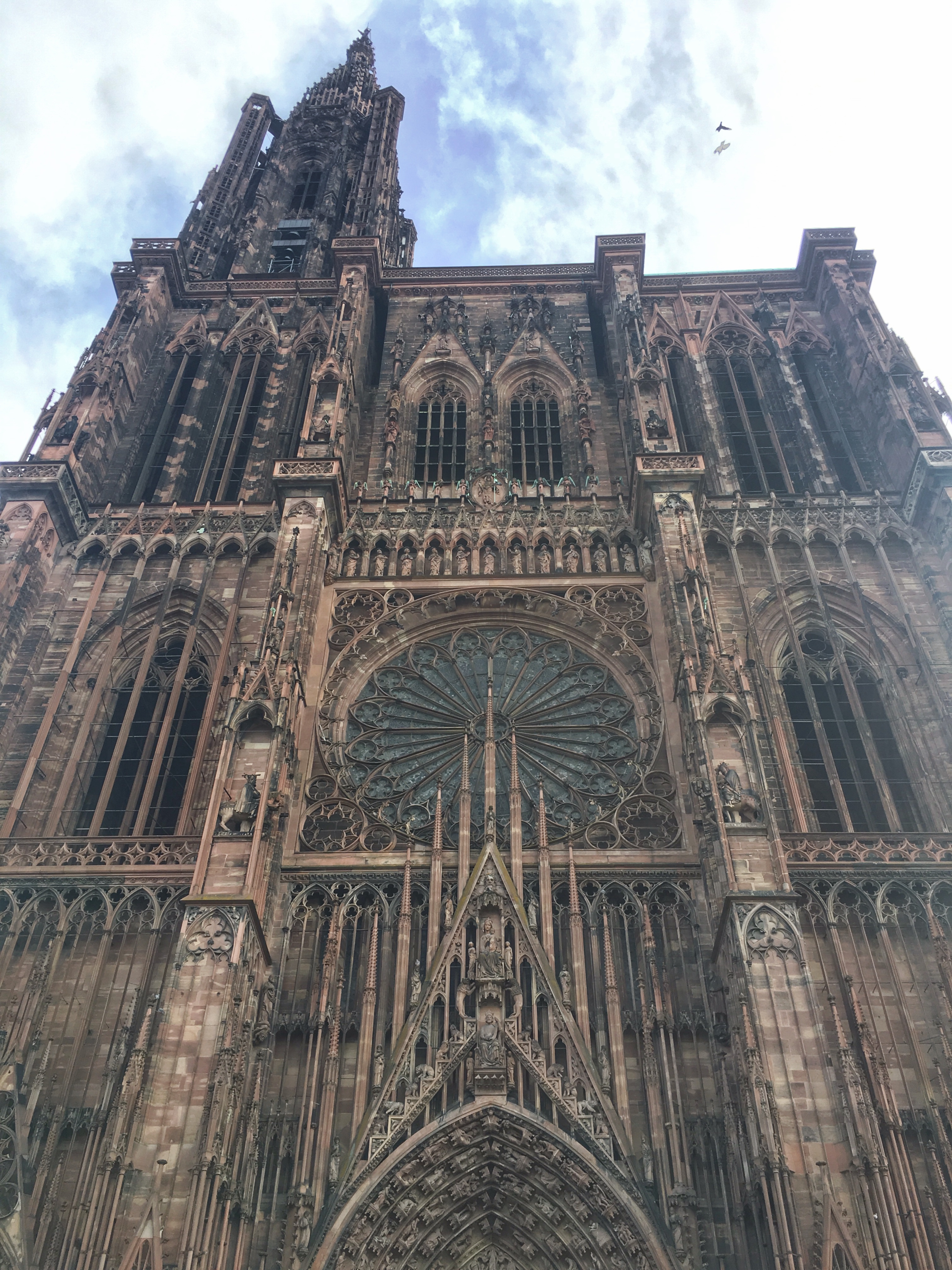 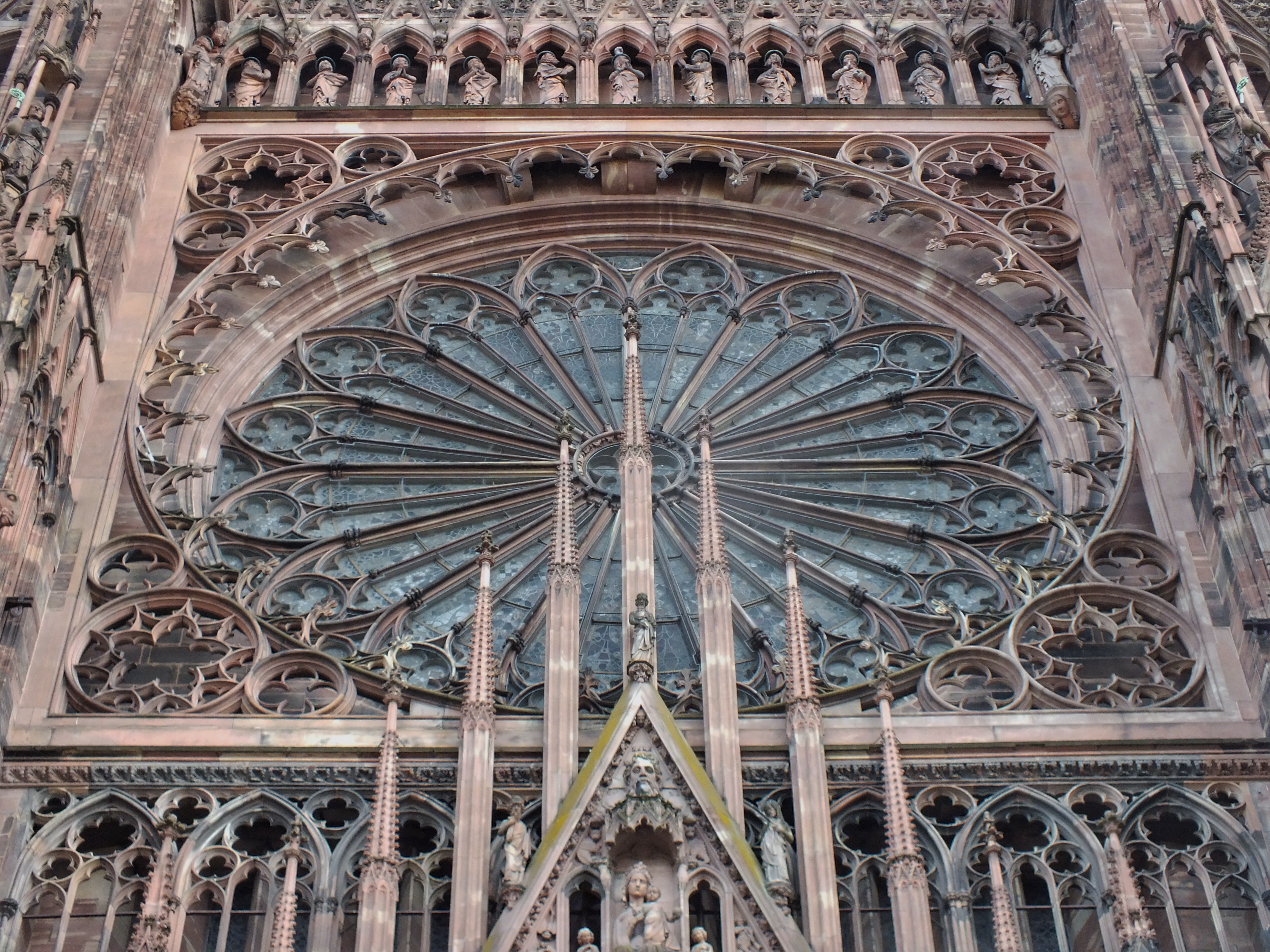 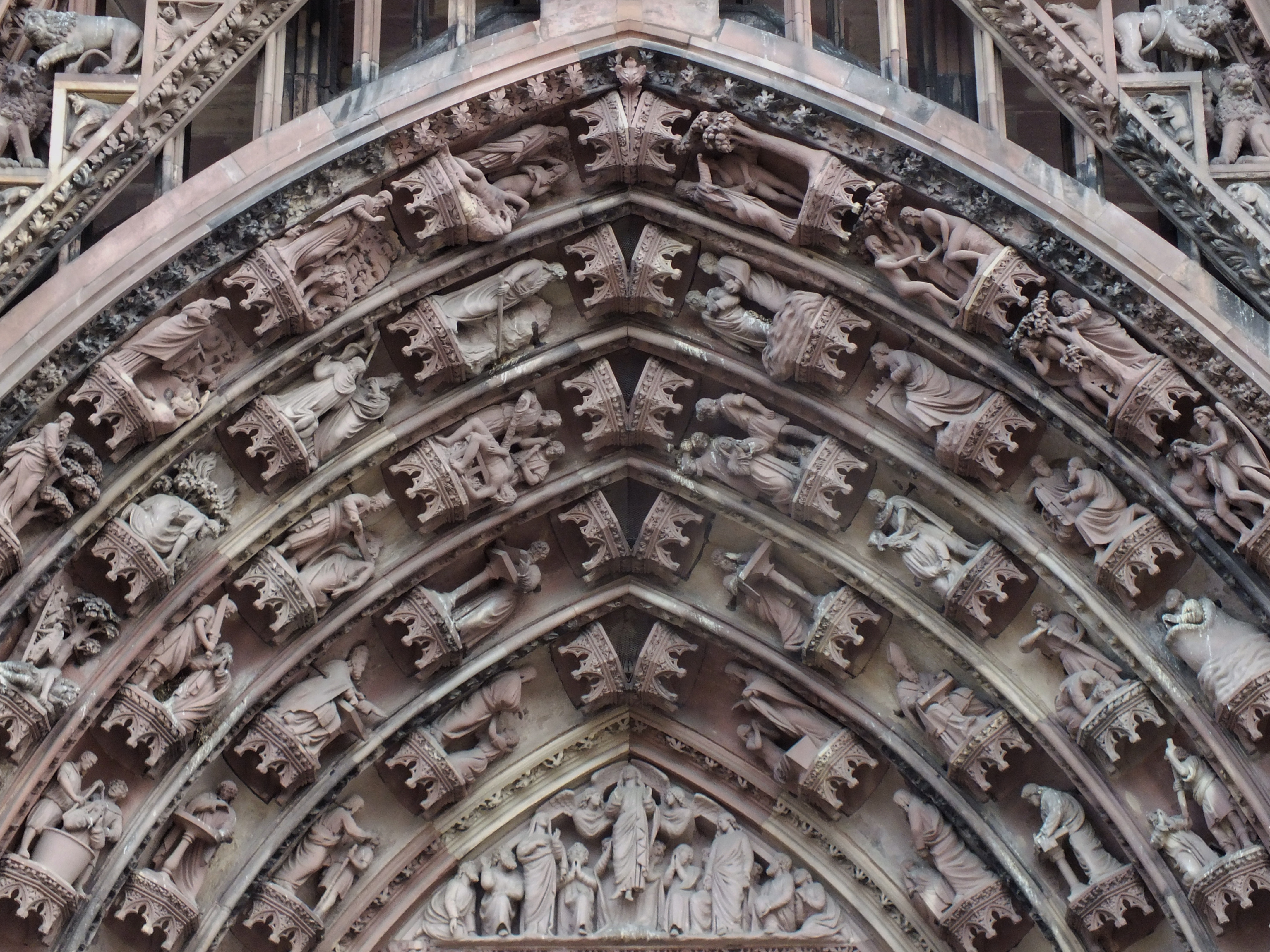 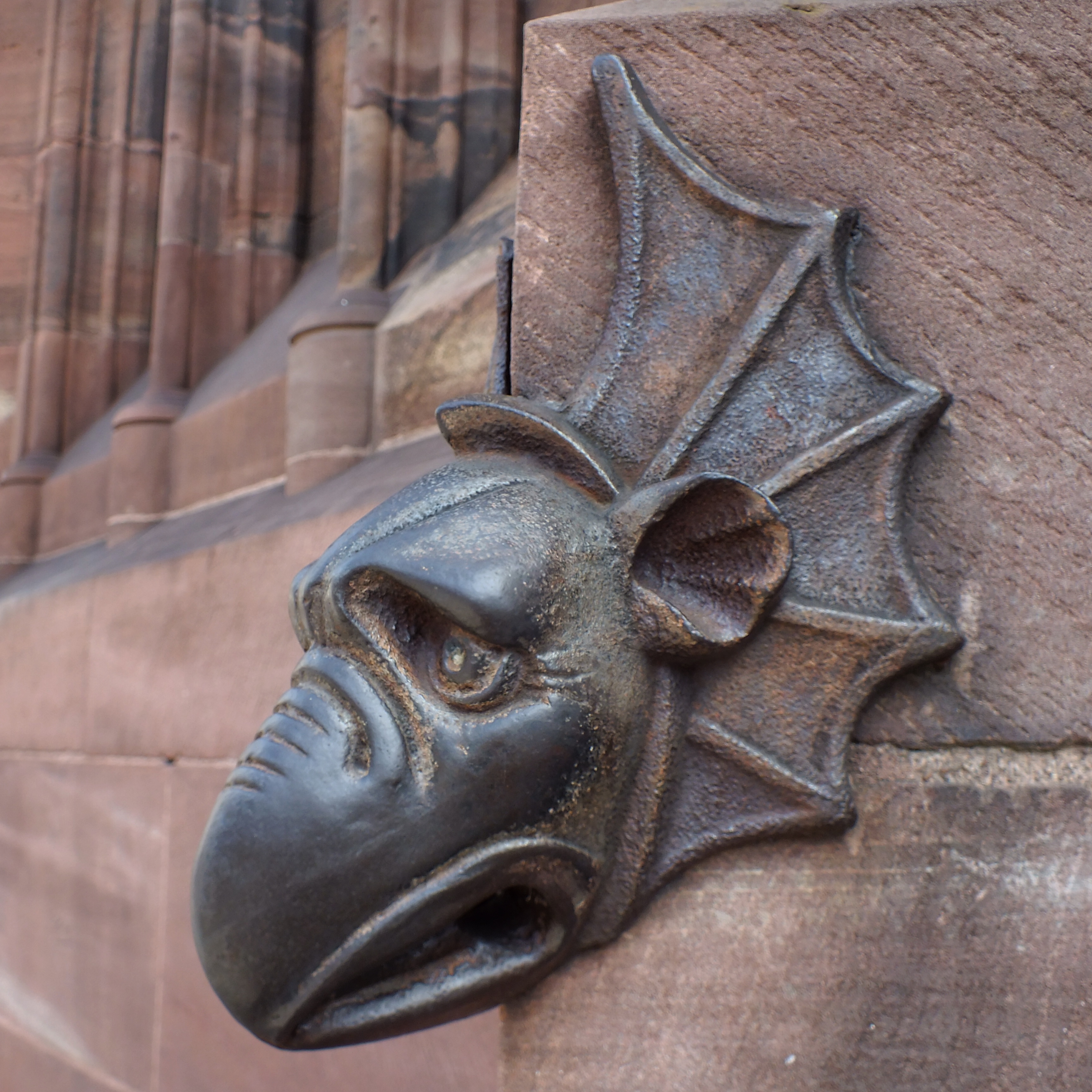 During World War II, the Nazis removed all the stained glass from the cathedral and stored it in a cave in Germany. The Monument Men of the U.S. Army found  it and returned it. The building suffered damage in a couple of bombing raids. The last of that damage was finally repaired in the 1990’s.

There was already a long line stretched across the plaza in front of the cathedral when we arrived. This was due to a check of peoples’ bags and purses. There have recently been terrorist attacks and threats in the area, and security was ramped up. Later in the day, I saw four heavily-armed French soldiers patrolling through the crowd.

The line moved quickly and we were soon inside. It was a vast, cavernous space without warmth. The impressive stained glass windows provided color, but otherwise it was rather dark. 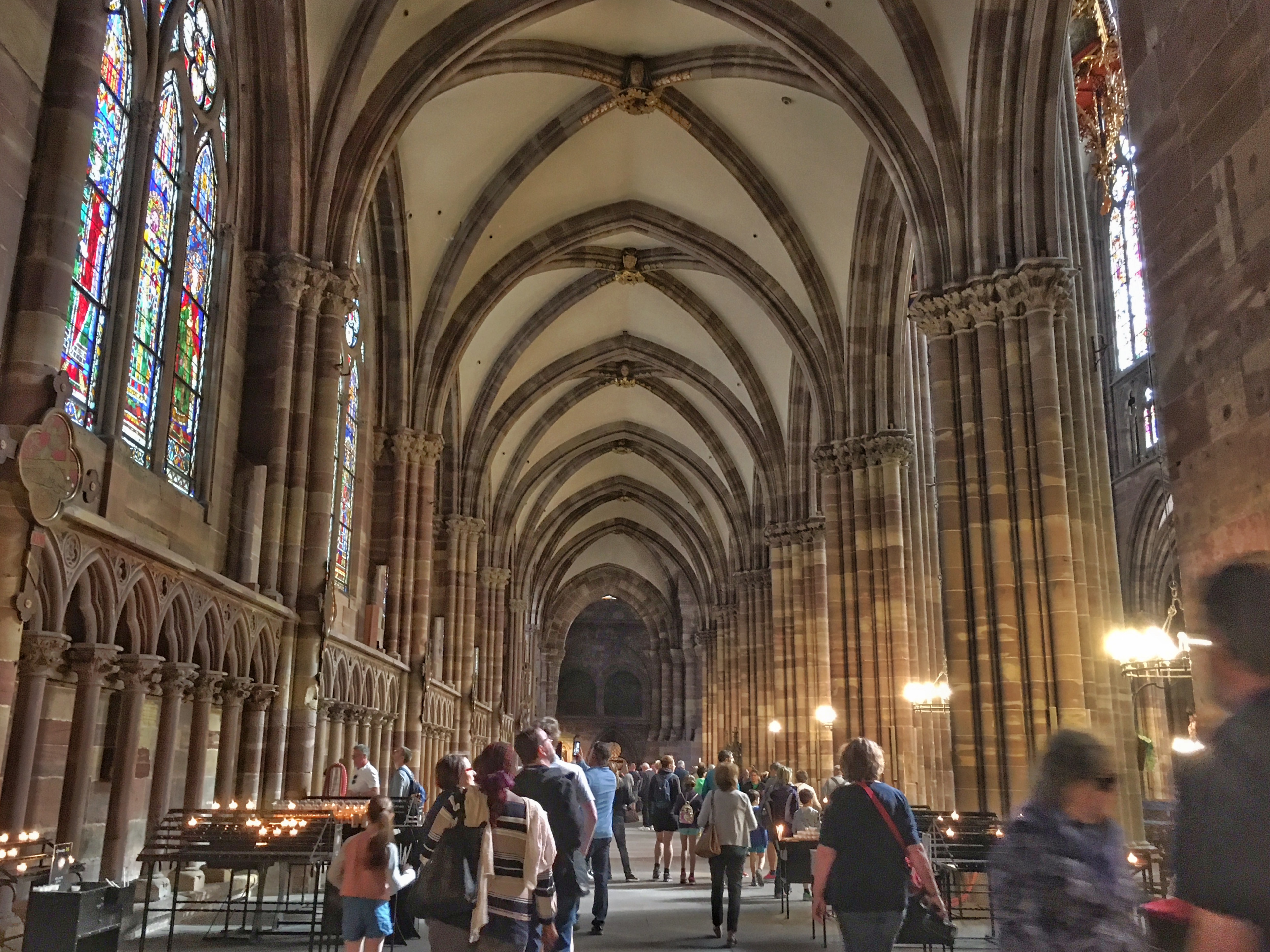 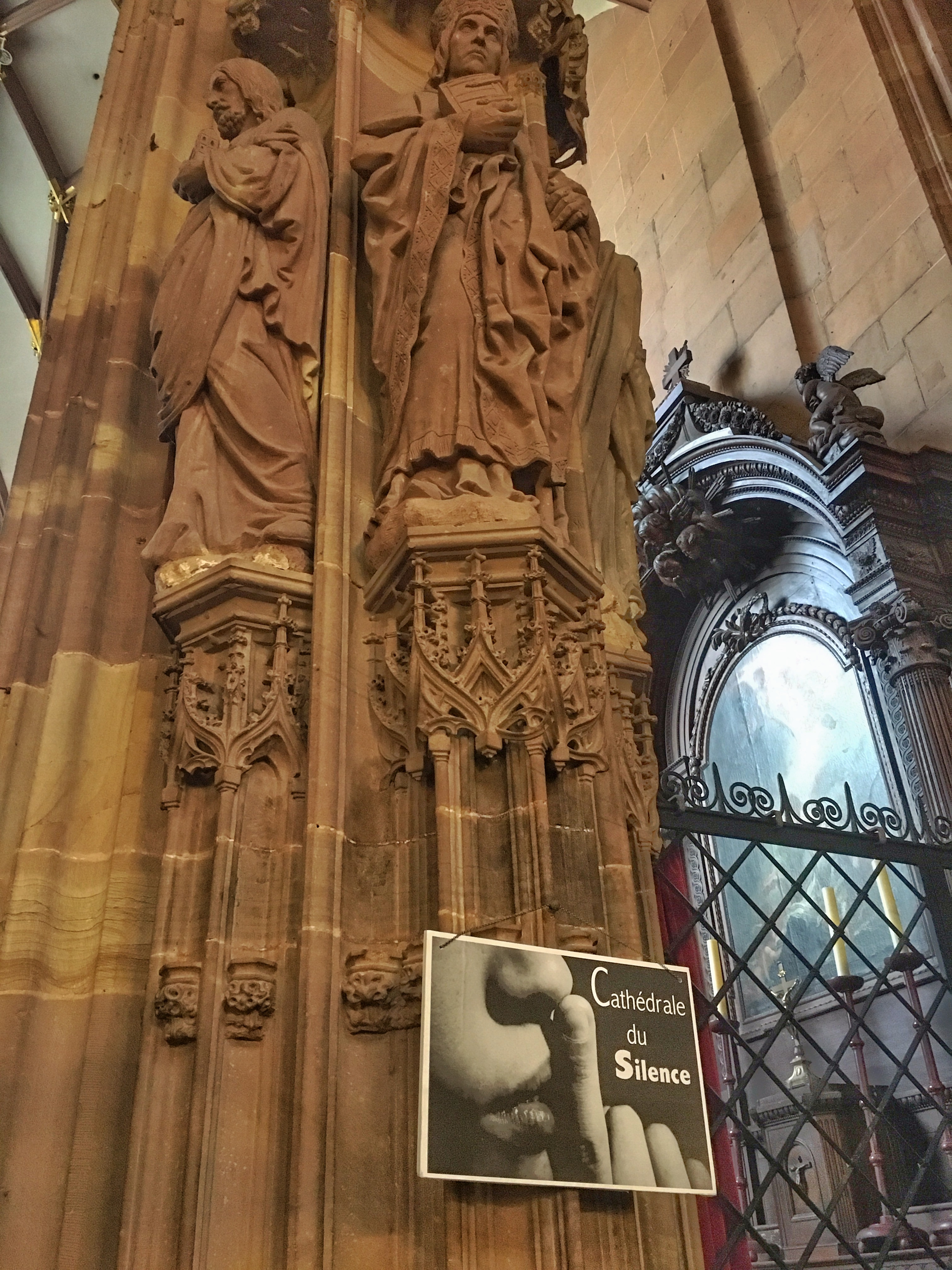 The main center section looking toward the front. 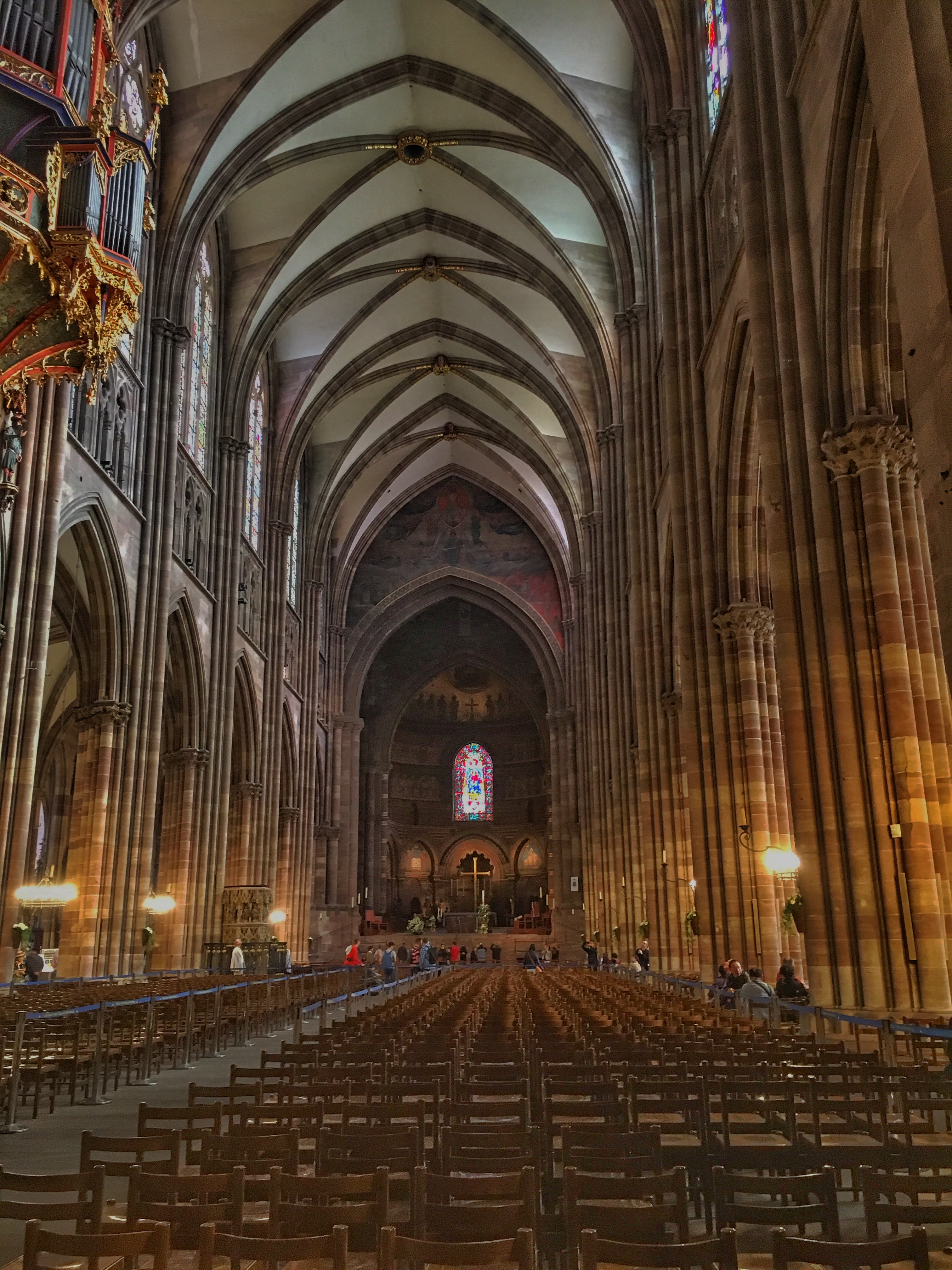 And toward the back. 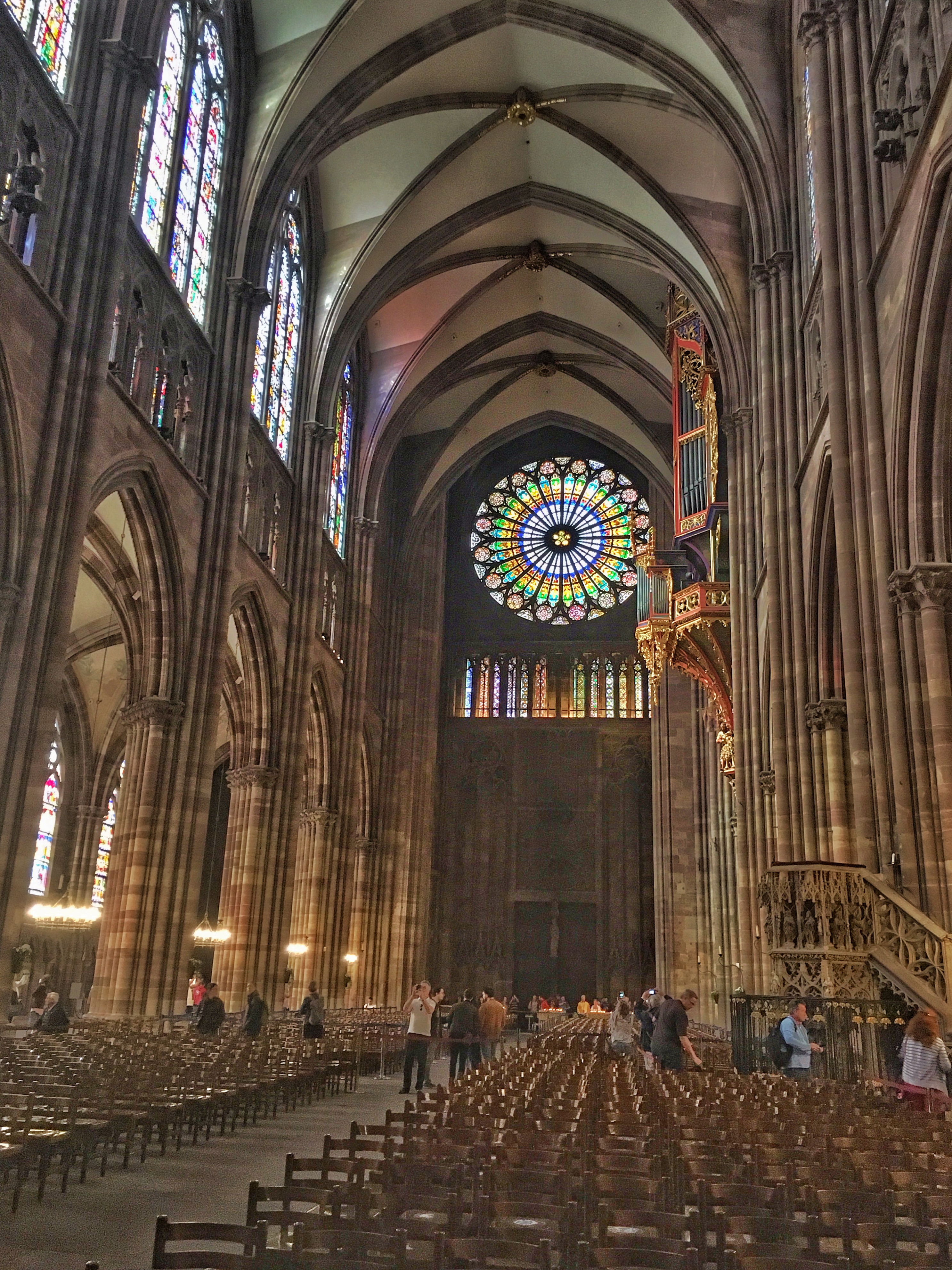 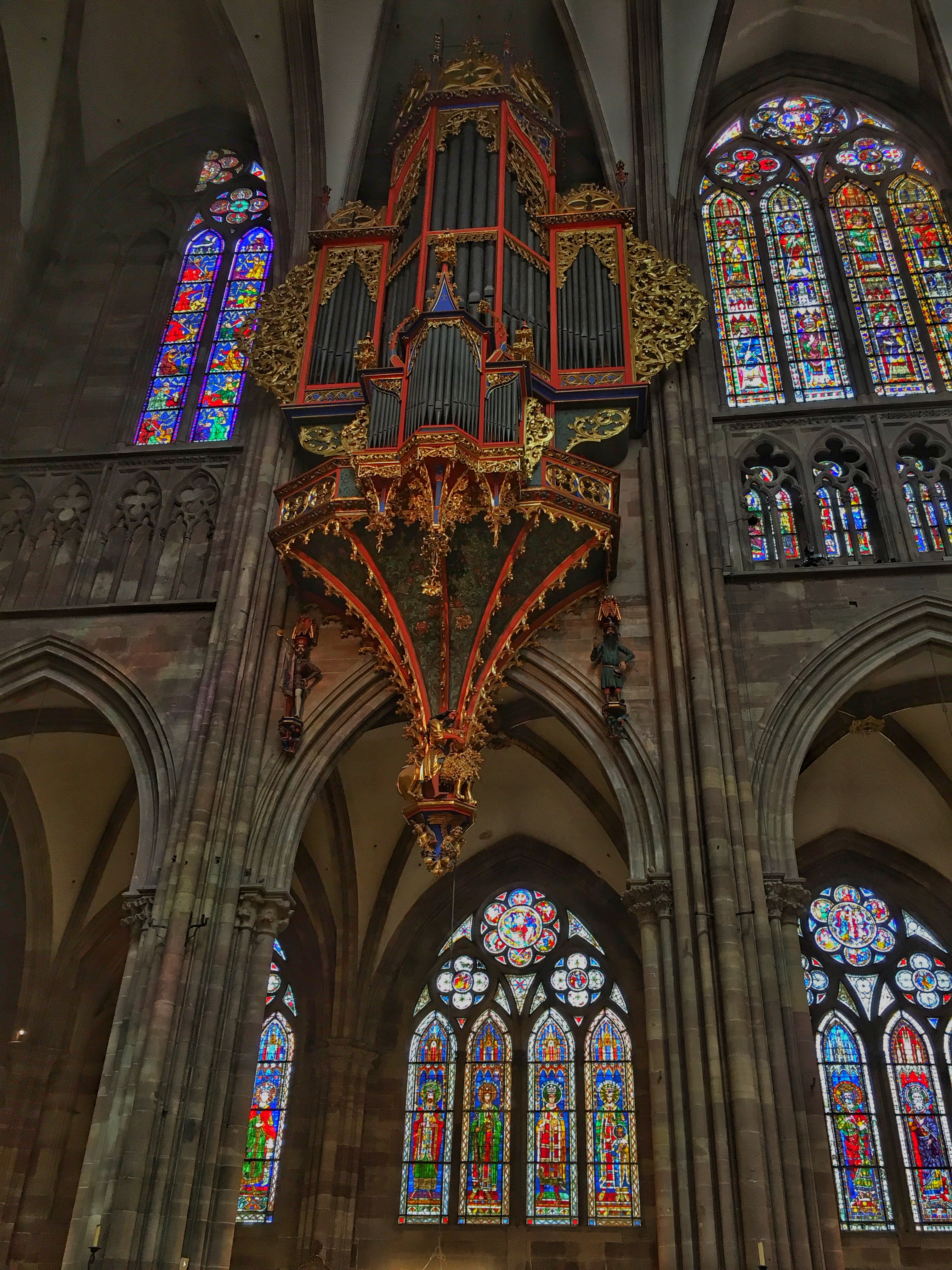 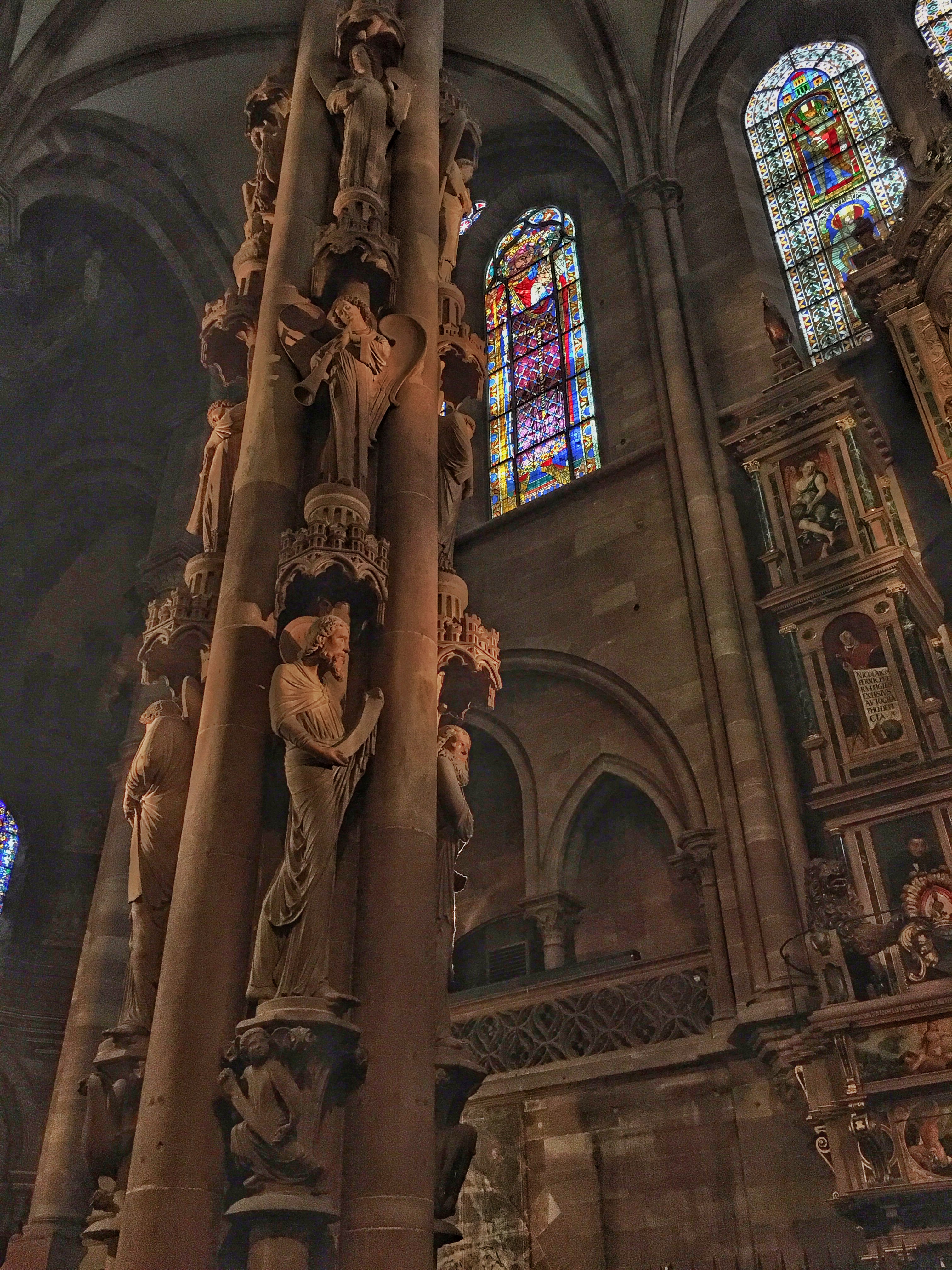 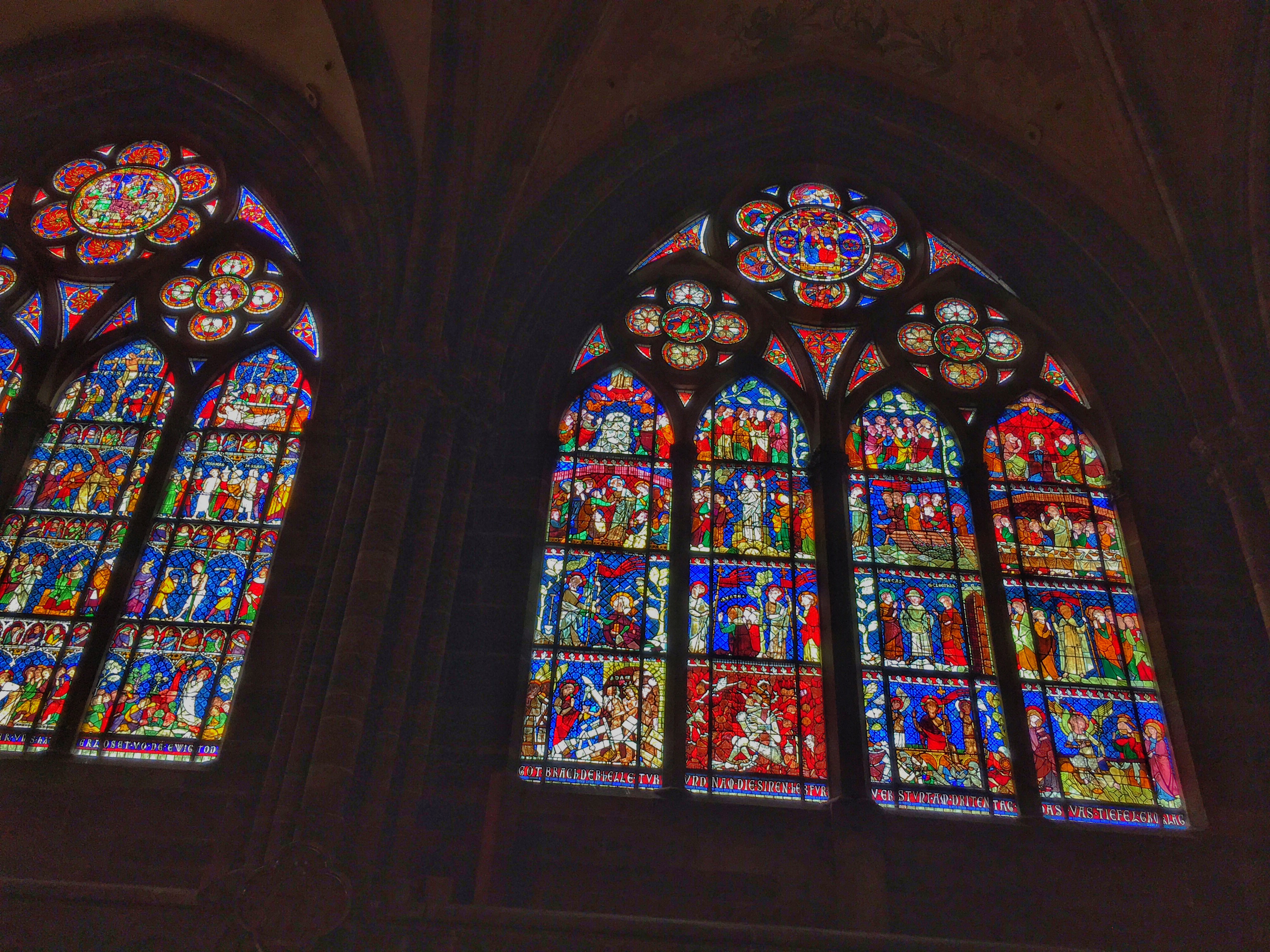 In an alcove was a huge astronomical clock with animated figures. It was supposed to put on quite a show, so we packed into the polyglot crowd and waited expectantly for the show. 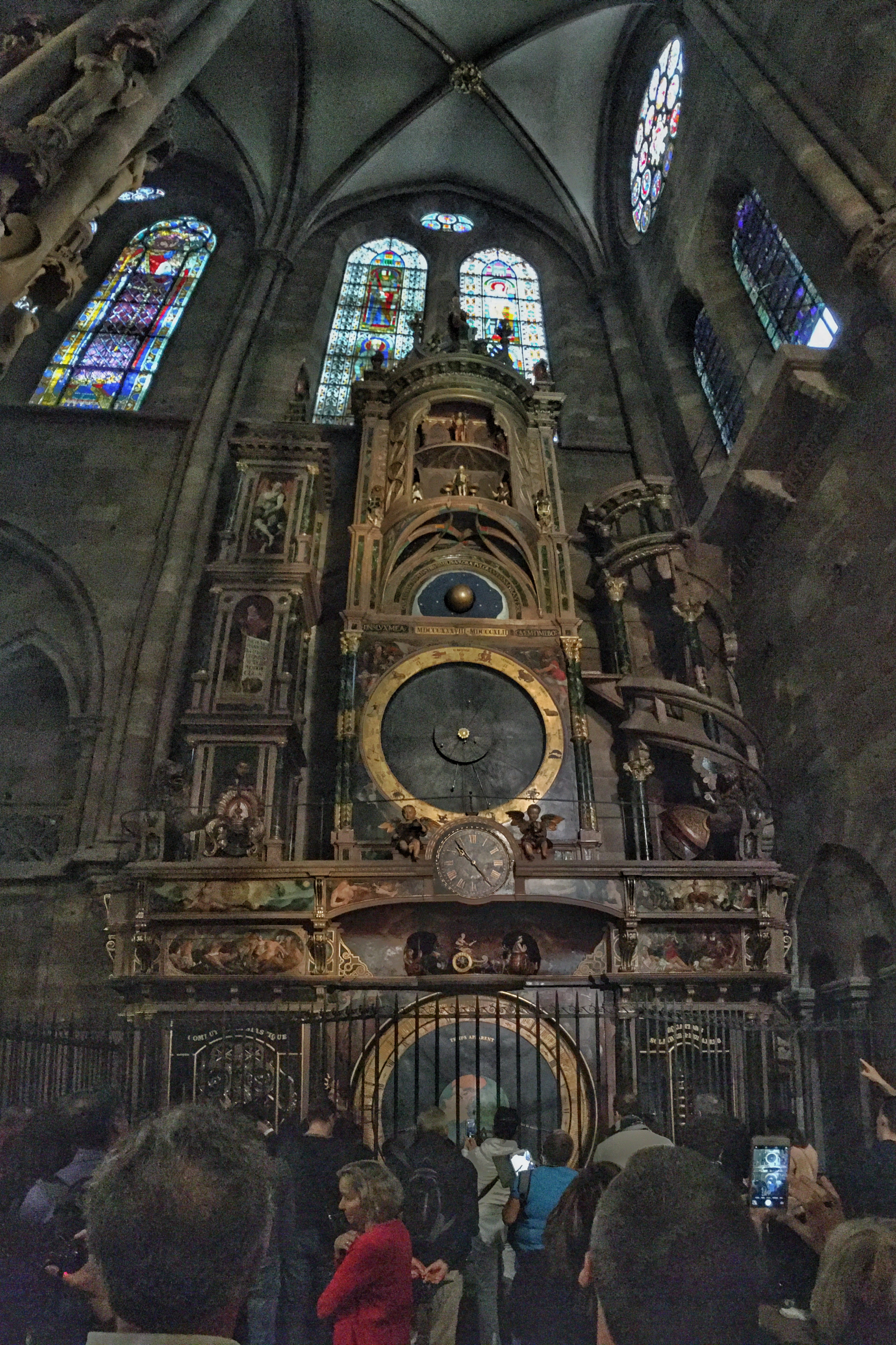 When the hour finally came, we saw this.

Evidently the real show only happens at 12:30 pm. We all filed out of the alcove a little sheepishly. We stopped at the in-church gift shop, a new thing in my experience. We were probably inside for 45 minutes. The experience left me a little sad. The size, the ornateness, the artwork—felt to me more like man trying to reach God and worship of the fact that God came down to man.

I think the height of the place can best be grasped from further away when you can see how much it towers over the town. 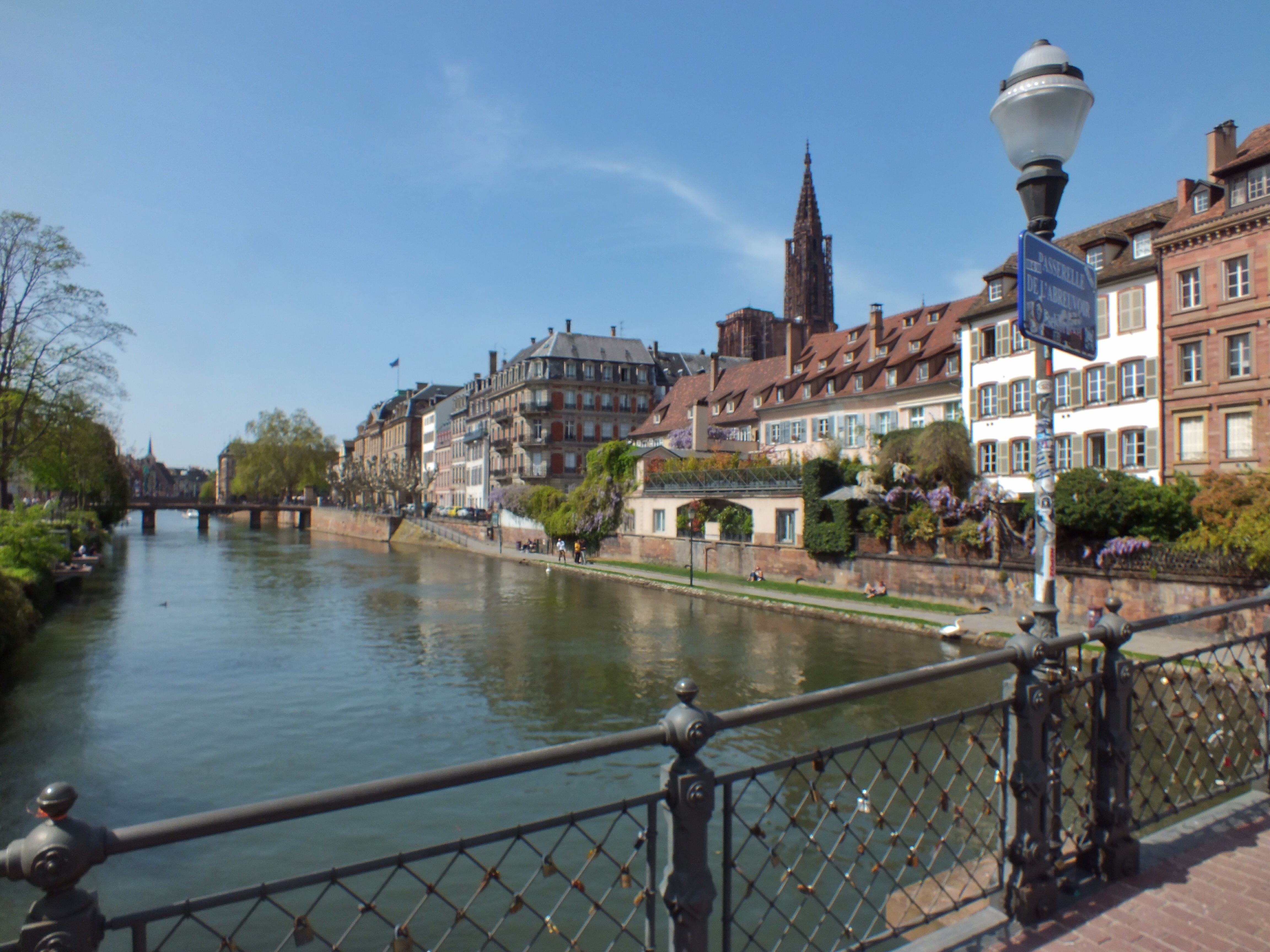