I was birding at Chatfield State Park and got in a conversation with two other birders. One of them was on the phone with his parents who reported that the Common Black Hawk found yesterday at Manitou Lake was still being seen today. It meant an hour-and-a-half drive, but I’ve gone a lot longer for a lifer, so I headed back south through Colorado Springs, up through Woodland Park, and then back north to Manitou Lake.

As I was paying my $7 to get in, I asked the woman in the booth if she knew where birders were seeing the hawk. She said it was being seen recently eating crayfish below the dam. I parked and walked about 50 yards to the bridge over the dam, and there it was. 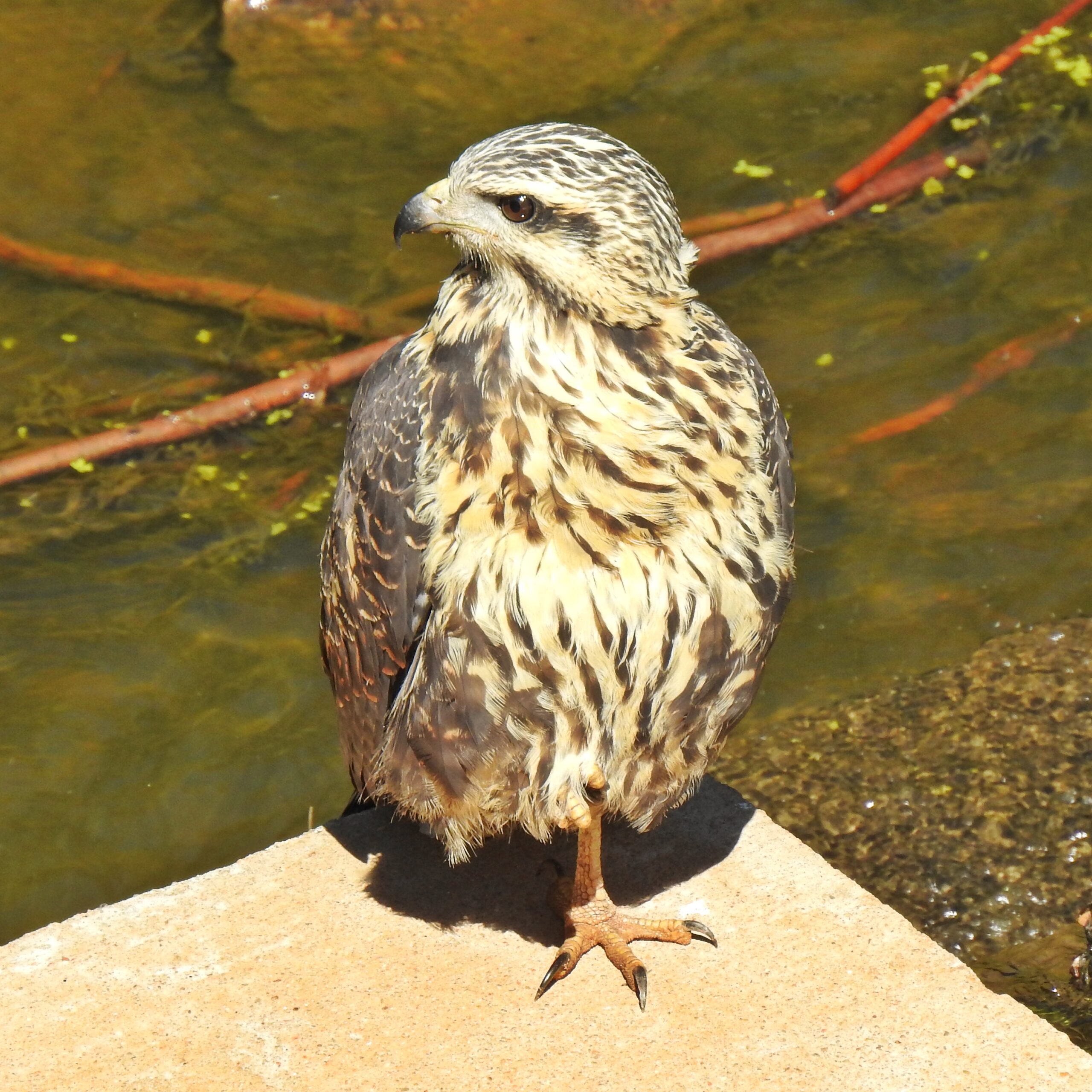 It was standing on a cement block below the spillway. After about five minutes, it flew 20 feet to another block and stood there for maybe 15 minutes. 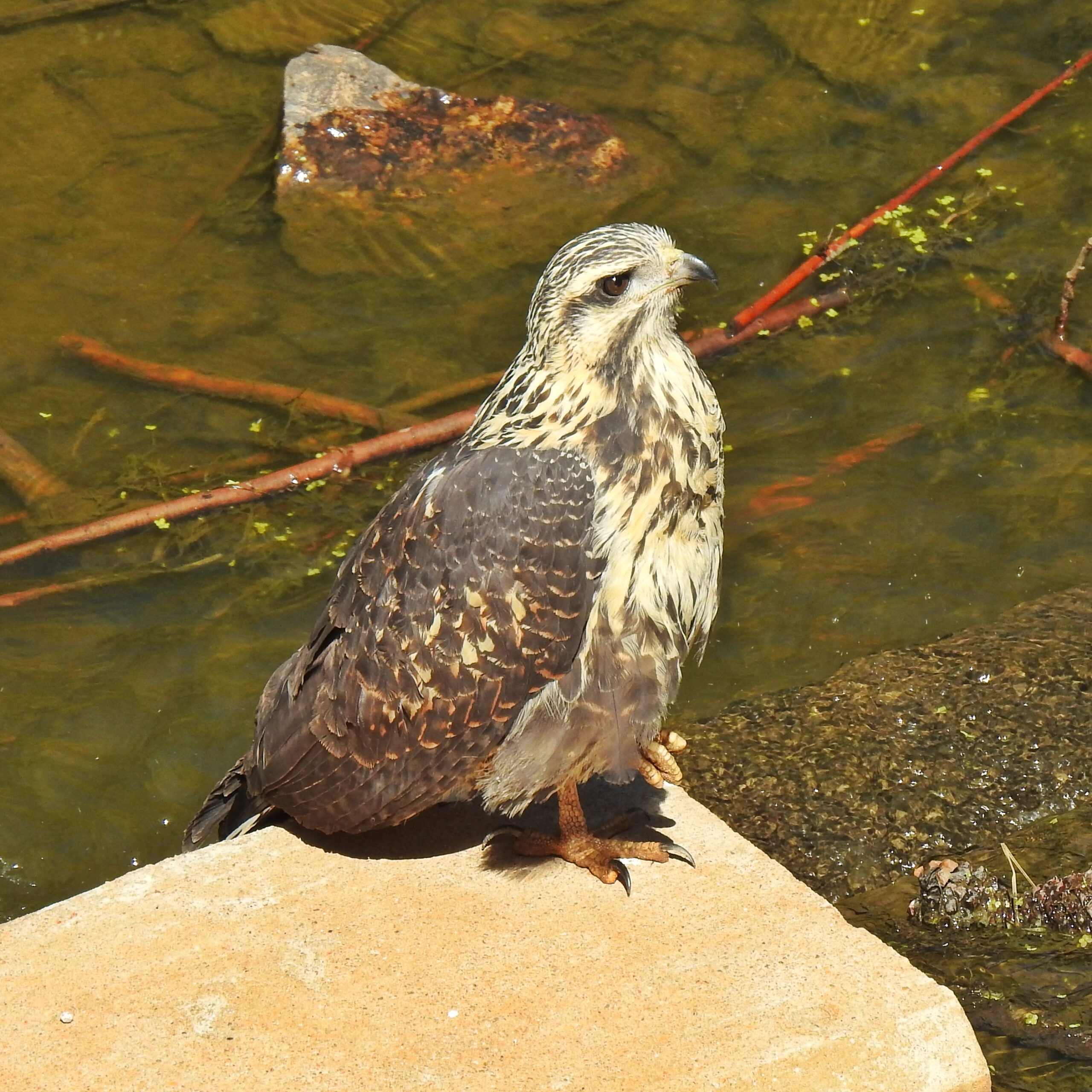 There were six or seven other birders in the area, and we were able to show the hawk to a lot of non-birders, most of whom were interested when we told them how rare a bird it was. Somebody said it was only the 11th Common Black Hawk ever recorded from Colorado. Its normal range is southern Arizona and New Mexico and southwest Texas.

This bird was a juvenile. The thick black malar stripe, the wavy lines on the tail, and white patches on the primaries identify it. It flew down the creek and landed on the branch of a pine. 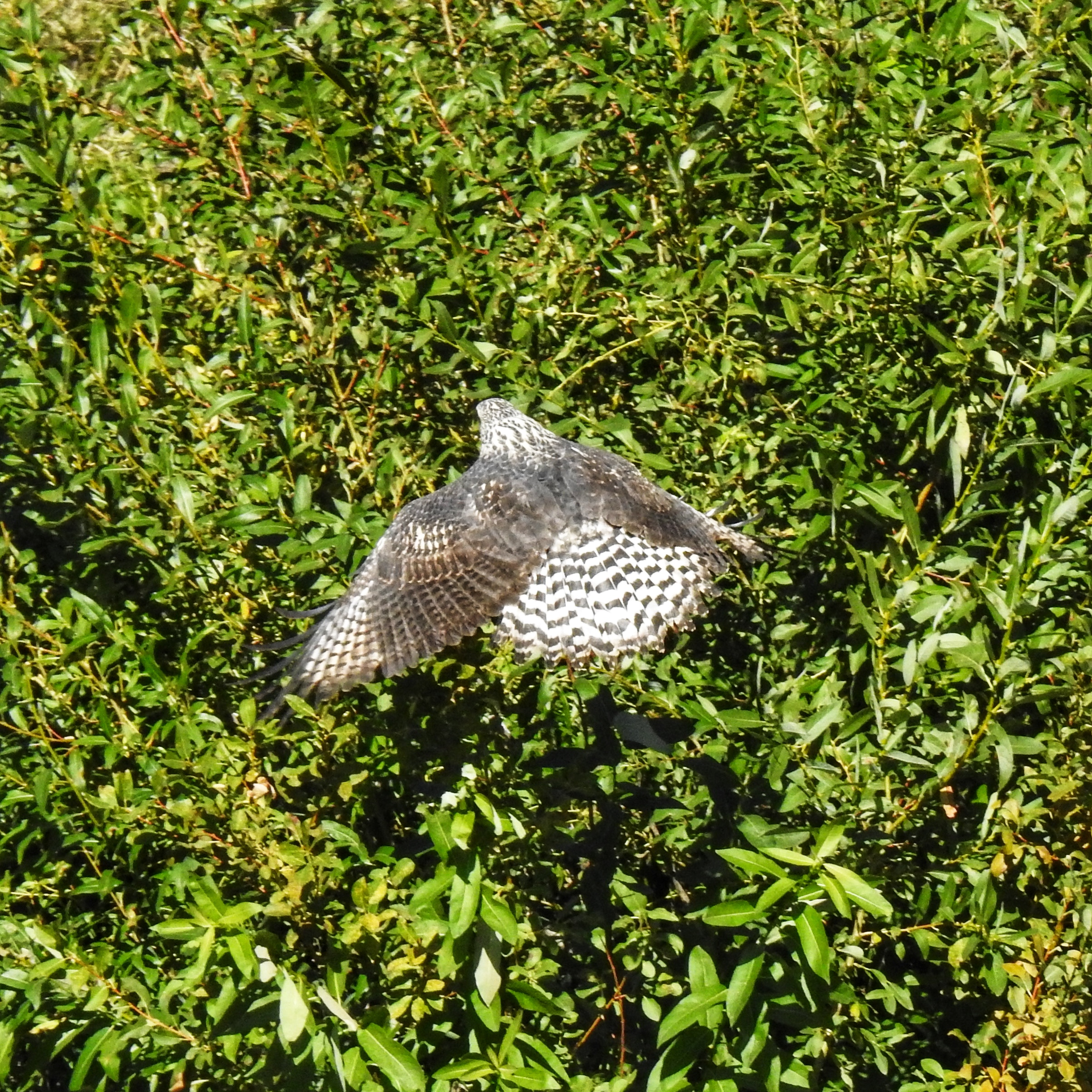 I walked around to the other side of the tree and took a few more photos. 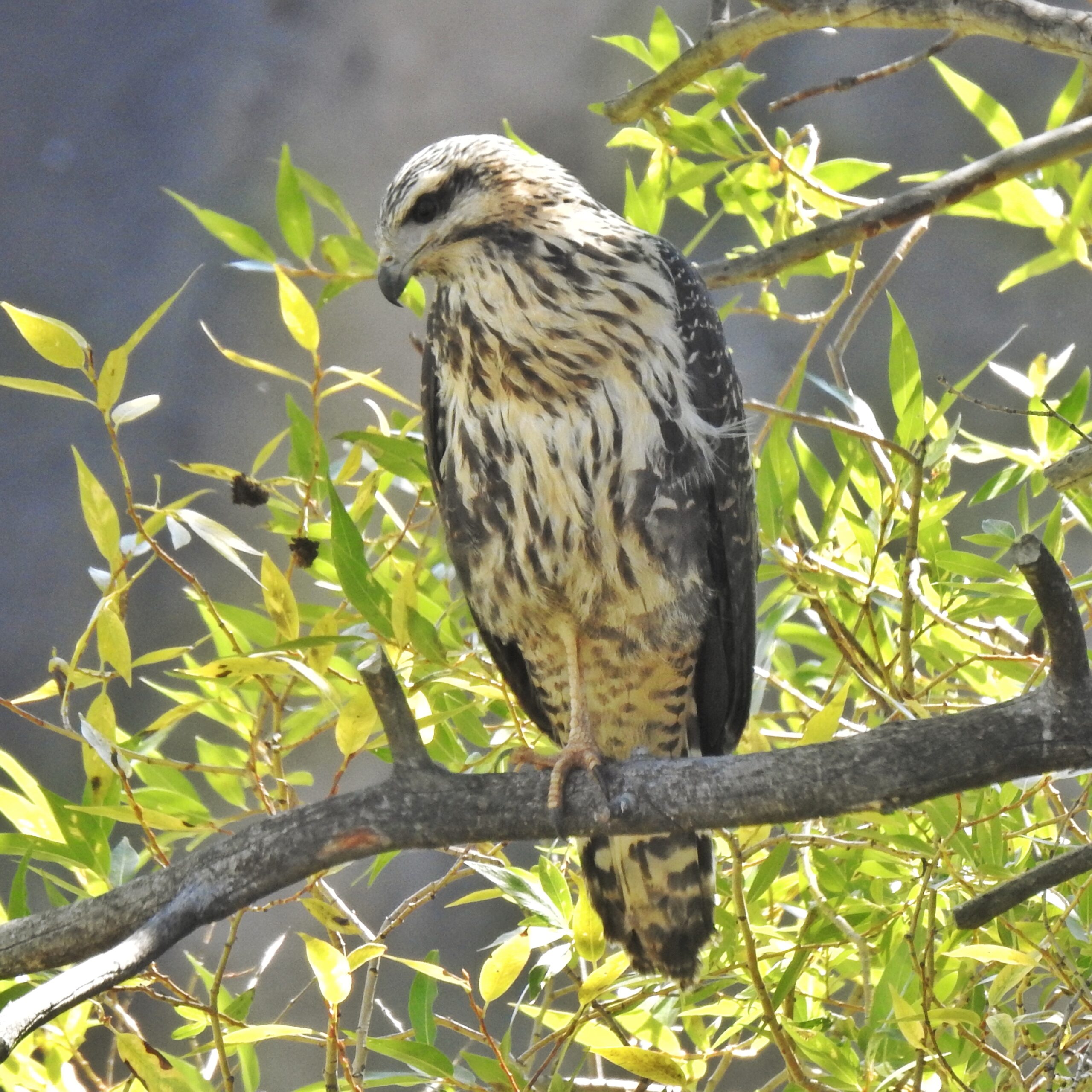 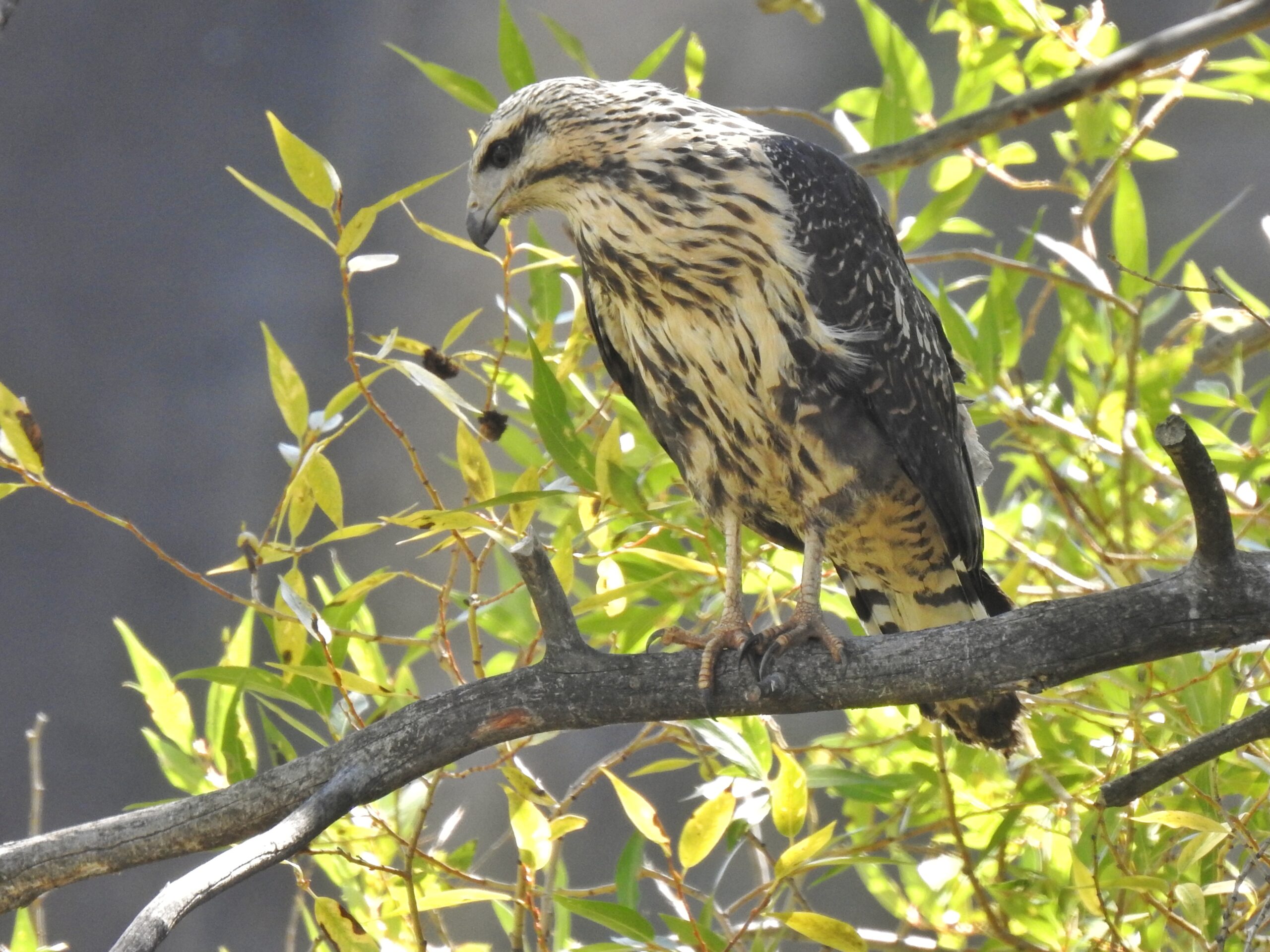 It flew down to the creek and stood two-inch-deep water for a minute or so, then flew further down the creek and at a crayfish. You can see a crayfish claw in this next photo. 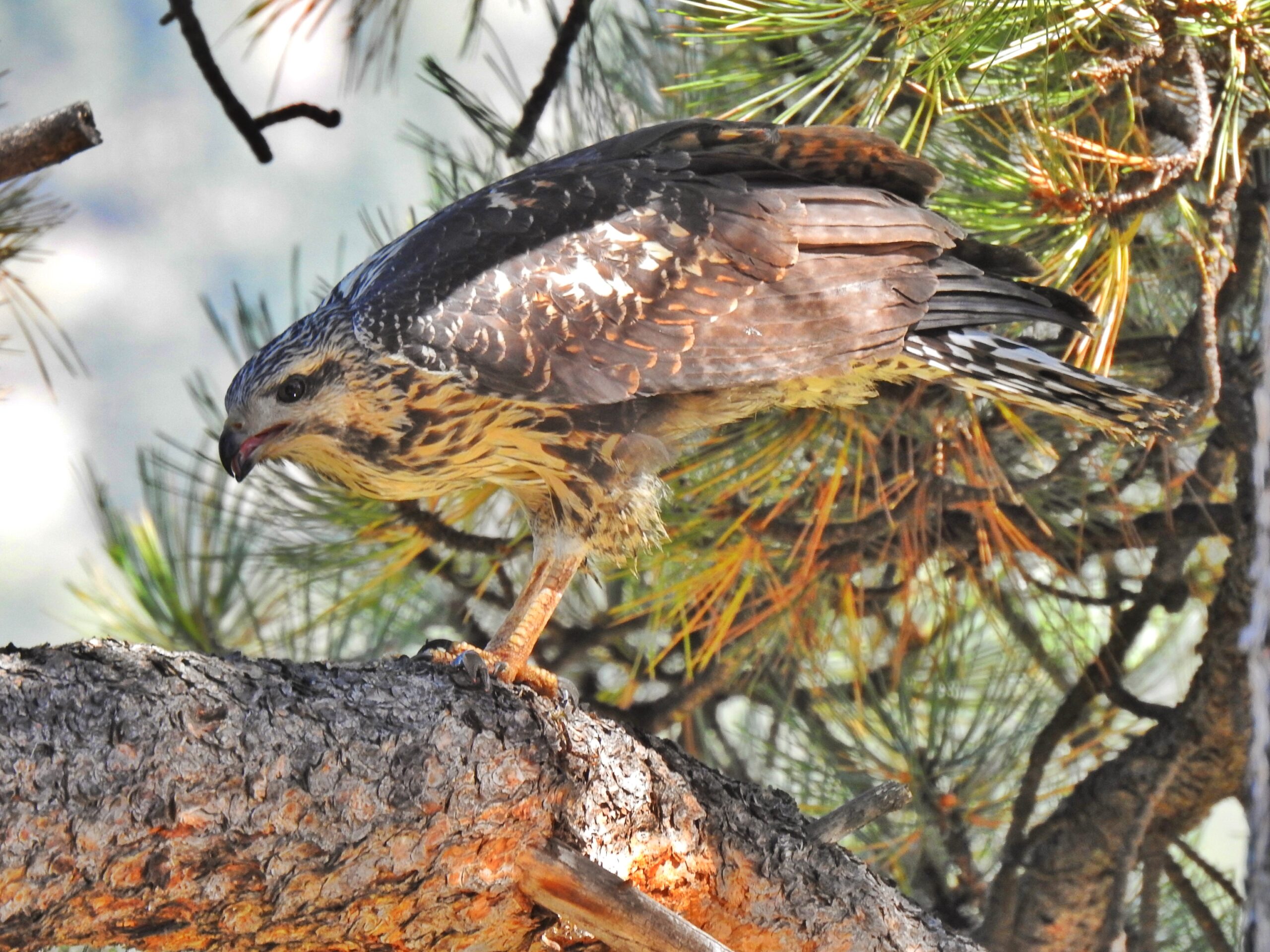 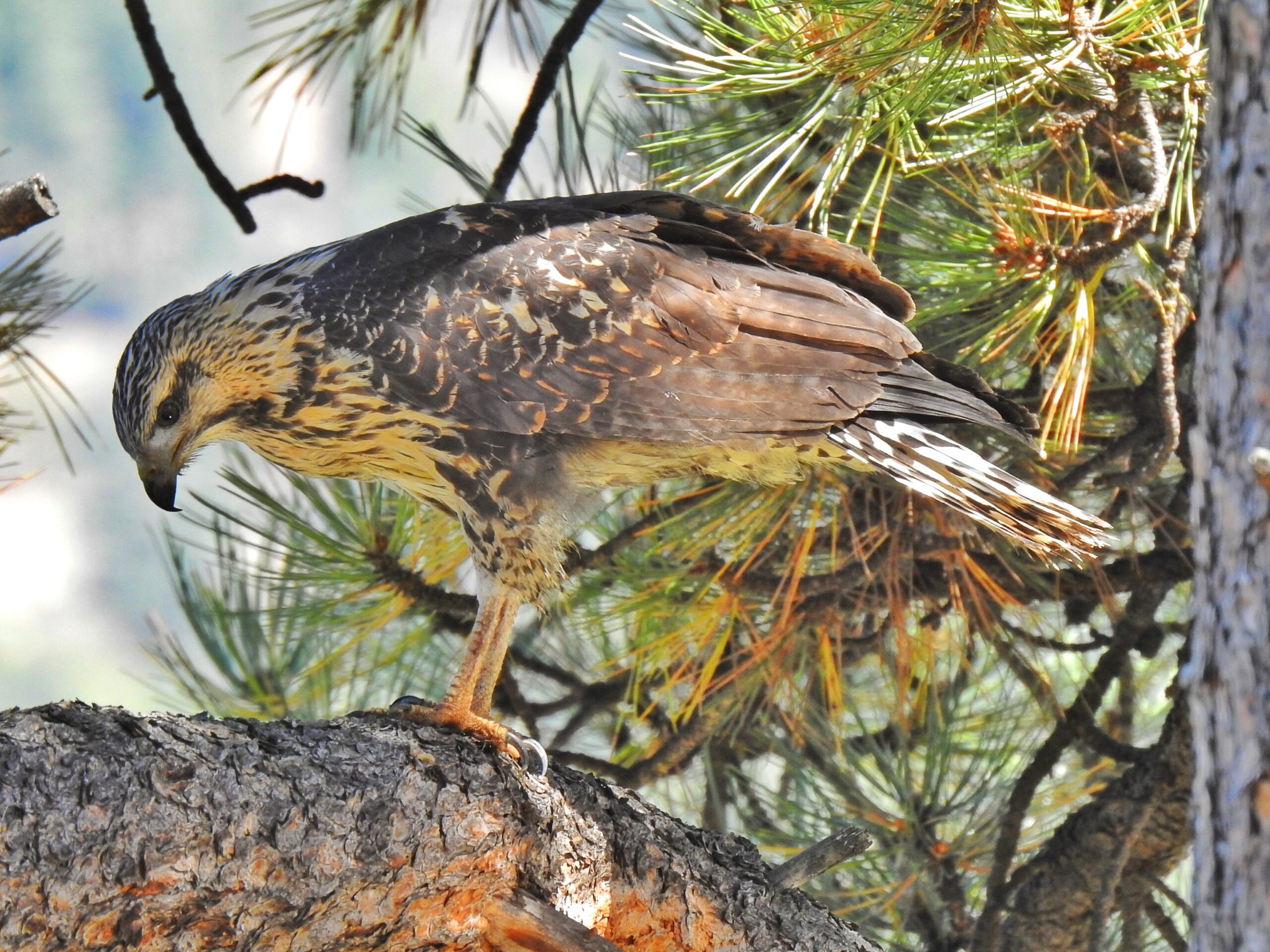 After eating the crayfish, it flew south over the lake. I didn’t see it again.