I spent three nights birding around Portal, Arizona. When I searched for a place to stay, the nearest cabin I could rent was in Rodeo, New Mexico, about 10 miles east. The cabin was in the desert behind the Chiricahua Desert Museum and included a free admission. I unpacked my stuff and then walked over. The museum itself was basically a display of the owner’s snake-related condition—live rattlesnakes, pictures of snakes, the “world’s largest collection of snake bite remedy kits.” I didn’t stay in the museum for long before I walked out into the walled garden attached to it. There were several bird feeders around, and quite a few birds, including a couple Curve-billed Thrashers that obviously considered themselves the kings of the joint.

When I’d planned the trip and made a list of birds I might see, I saw that Bendire’s Thrasher was often seen around Rodeo and, in fact, if you were to direct someone to the place most likely to see one, it might be the museum I was staying in. Bendire’s is a little-known bird, often overlooked because of its similarity to the closely-related Curve-billed Thrasher. But I was paying attention.

I’d been there maybe 10 minutes when I noticed a thrasher perched in a dead tree in the tortoise enclosure next to the garden. Because I had just been looking at Curve-bills, it was obvious to me that the bill on this bird was shorter. Through my binoculars, I could also see that the base of the lower mandible was pale. 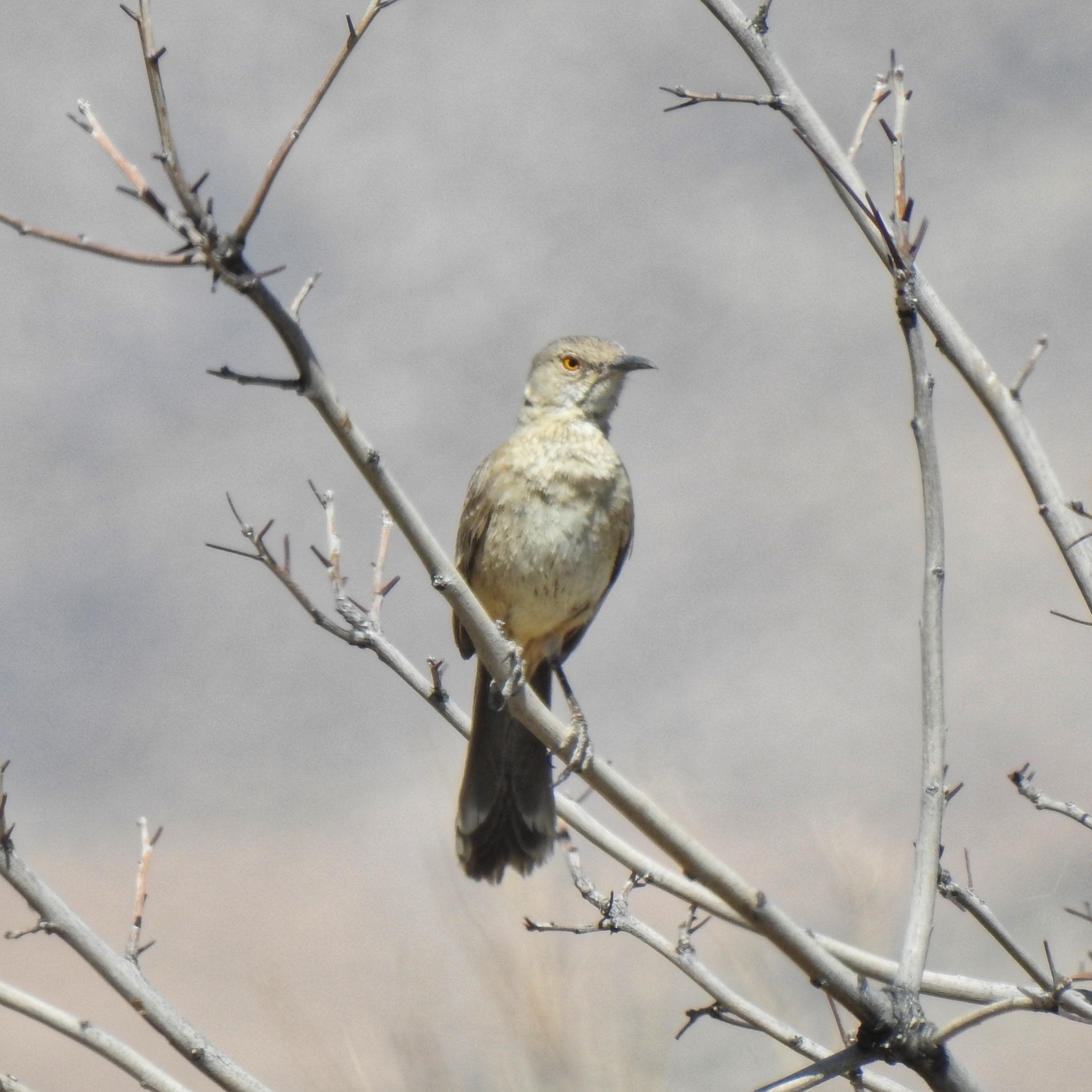 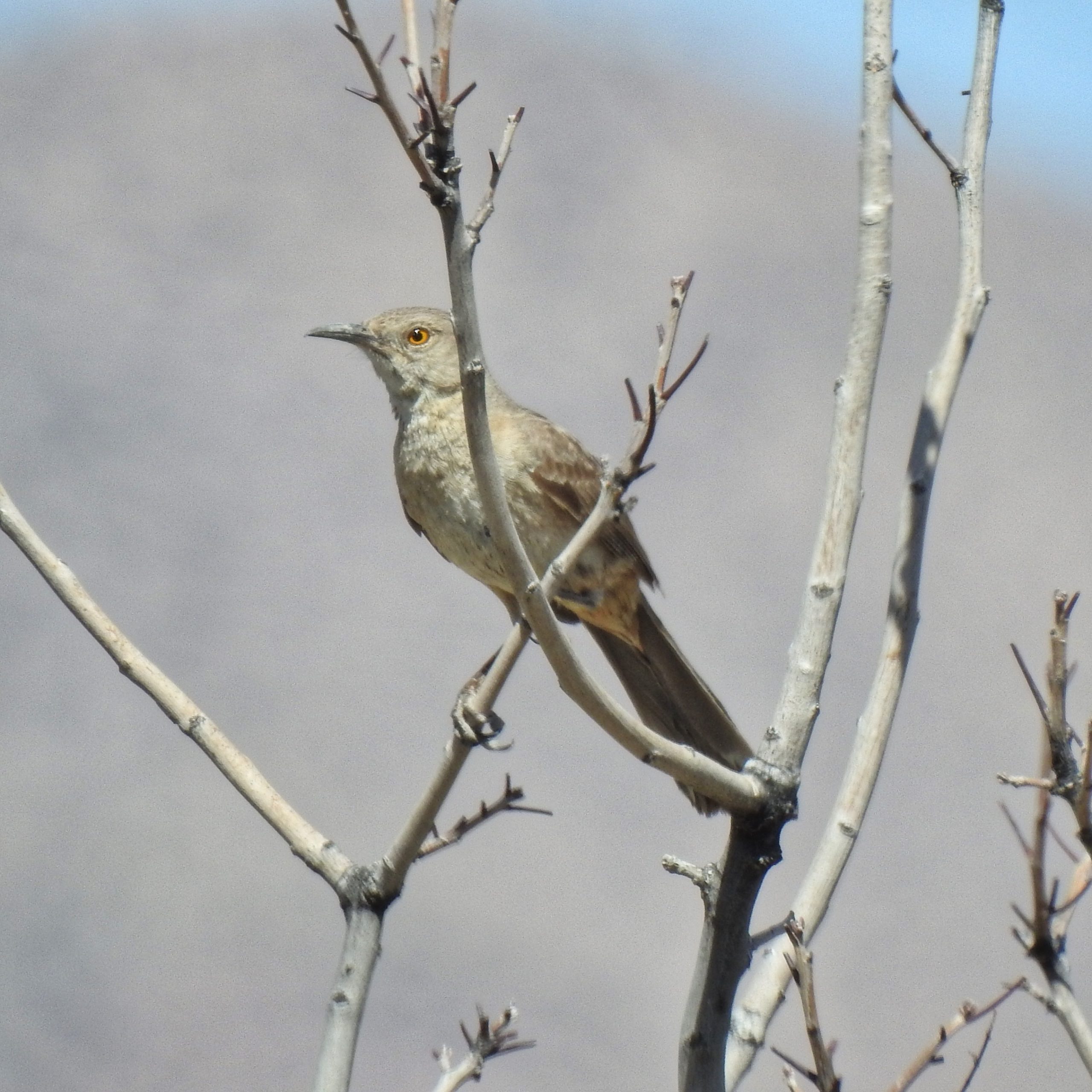 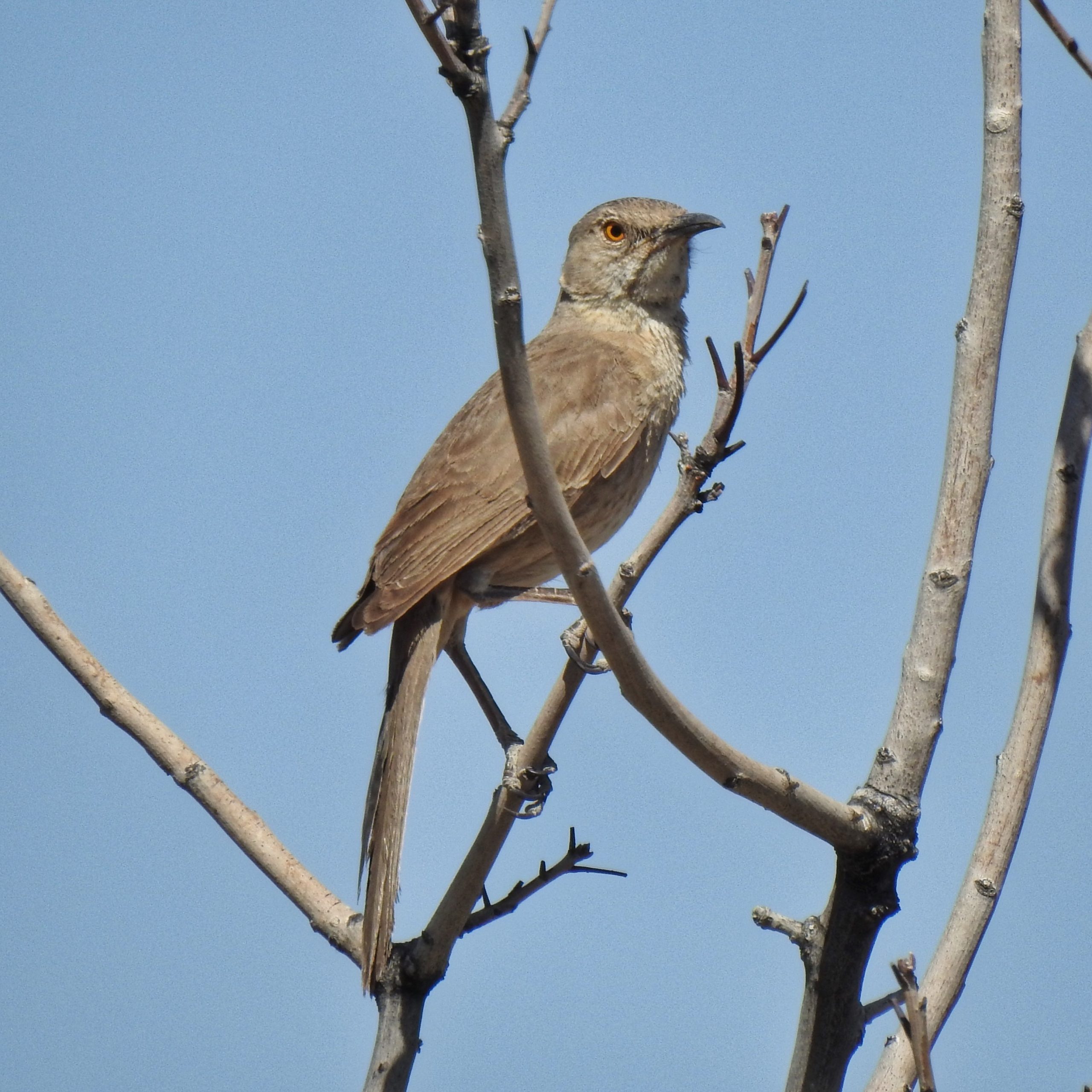 It changed position a few times as I moved around in the garden to get some different camera angles. I was about 60 feet away from it. After about five minutes, it flew off into the scrub outside the garden walls and I didn’t see it again.