I drove over to Portal after seeing the Bendire’s Thrasher and spent a couple hours at Cave Creek Ranch. When I got back to my cabin, the sun was setting. I wandered along a dirt track out into the scrub behind my cabin to get in my steps. The sun had dipped below the mountains, but it was still fairly light. Just as I got to a spot where the track was posted no trespassing, I saw a nighthawk coursing low over the scrub perhaps 10-15 feet off the ground. It banked so I could see the pointed wings with white bars. It dipped behind a bush and never reappeared. It was in view for perhaps 5 seconds. I knew to look for the location of the wing bars, so when it banked about 15 feet in front of me, I concentrated on the wings. The bars appeared to be close to the wing tips, but that’s hard to determine. I decided to count it because of the habitat, how low it was flying, the wing beats that seemed smoother and somewhat less erratic than a Common Nighthawk, and the fact that it made no noise. I didn’t have a chance to get a picture. I stayed out there until it got too dark to see, with my phone ready to take a video, but I didn’t see it again. 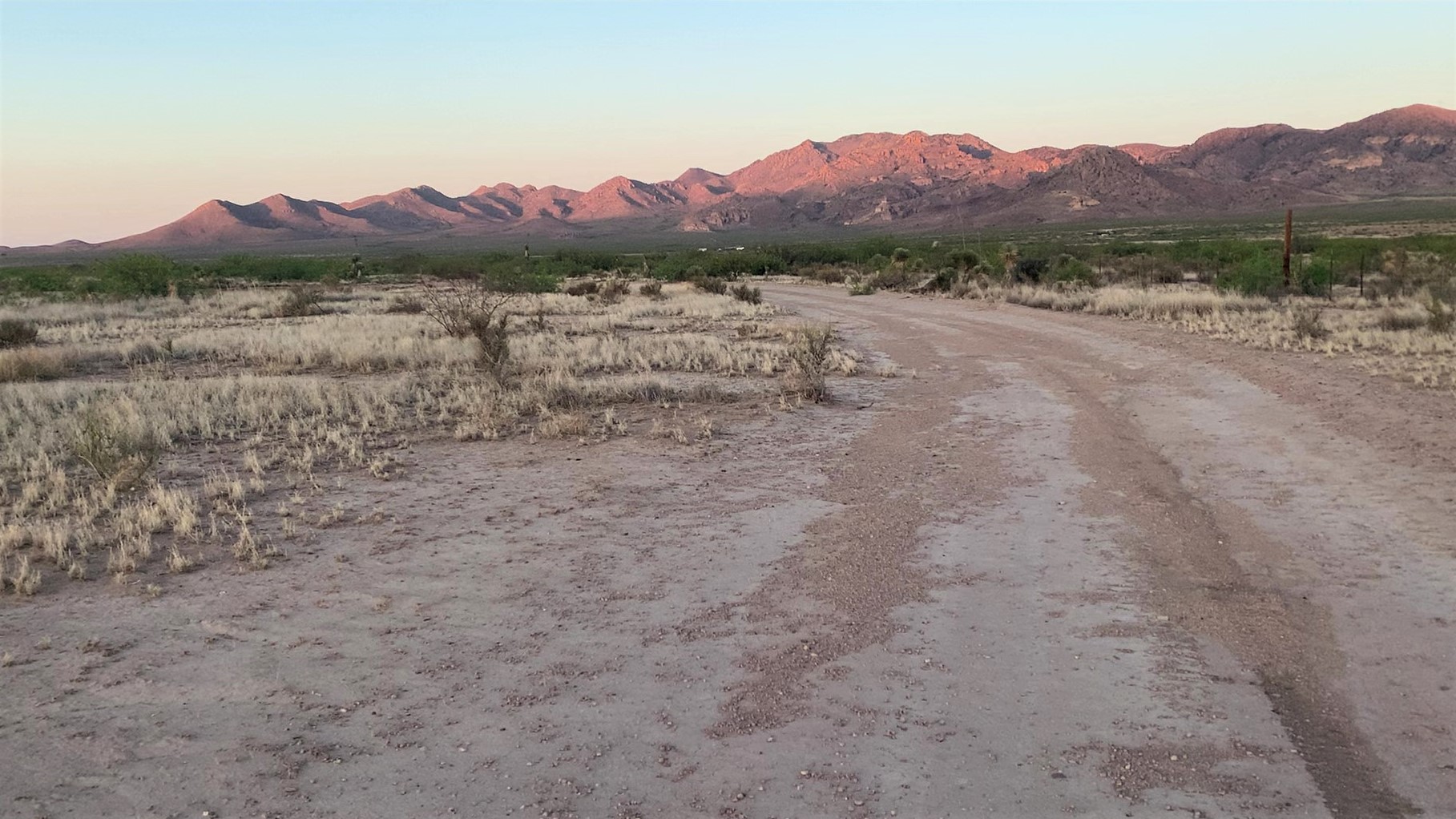 I went out the next two nights, but never saw another nighthawk. On the second night, however, I heard one giving it’s weird, haunting trill. I don’t know how far the sound carries over the desert on a still night. It sounded far off, but my guess is that it wasn’t that far away. I now had confirmation that Lesser Nighthawks were in the area, because that sound is very different than the harsh calls of the Common Nighthawk.

After three nights in Rodeo, I headed west to Patagonia and birded that area. One morning, I drove into the Santa Rita mountains. On my way back to the highway, on a two-lane blacktop road through desert scrub, another nighthawk flew low right in front of my car. I pulled over and jumped out but never saw it again.

I resigned myself to the realization that this was going to be my one lifer from the trip for which I had neither photo or recording to prove I saw one. And then …

On Friday morning, I was doing some early morning birding in Tucson Mountain Park, waiting for the Sonora Desert Museum to open. I spotted a Curve-billed Thrasher fly into a cactus and saw that it had a nest hidden in the spines. I walked over for a closer look and flushed a Lesser Nighthawk that had been resting on the ground. It flew about 30 feet and landed on a dead branch. It stayed there without moving (except to half-close its eyes). I looked down to take a photo of the thrasher nest, and when I looked back up, the nighthawk was gone. 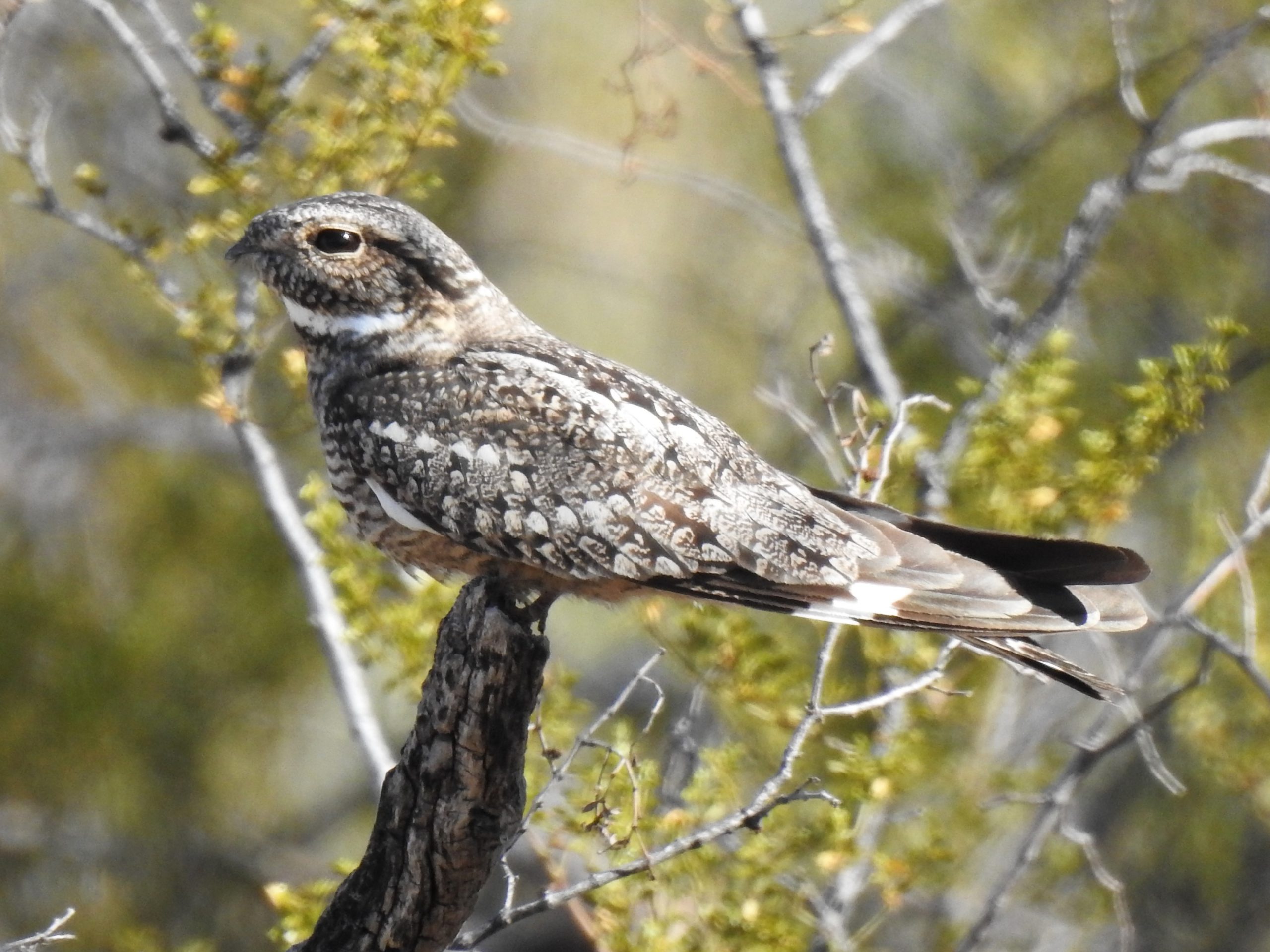 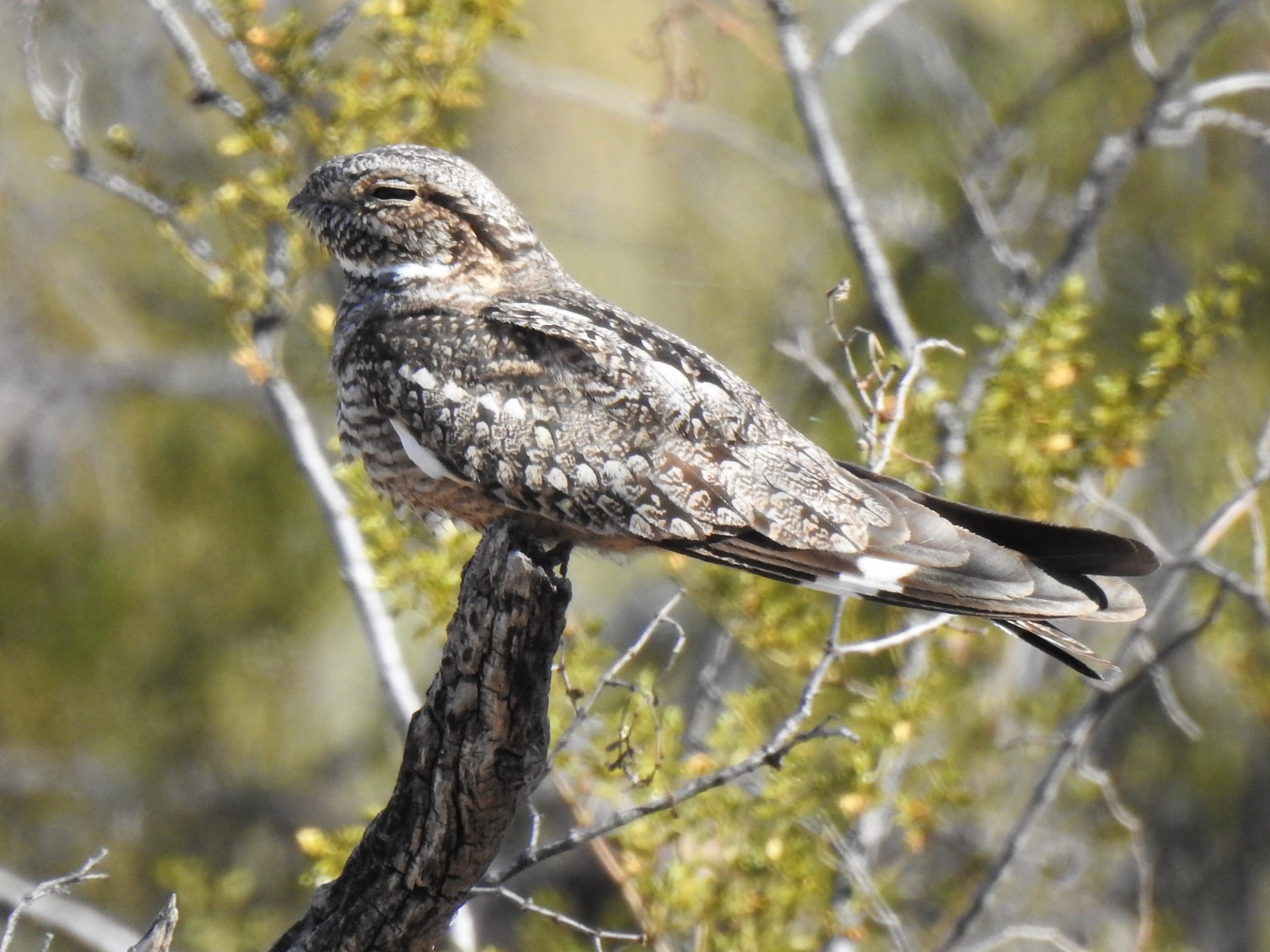 In all my years of birding, living constantly in the range of the Common Nighthawk, I’ve spotted one sitting like this in the daytime exactly twice. The odds of seeing a Lesser Nighthawk do it when I was in Arizona have to be pretty small. It proves that if you just go outside and wander, you’ll never know what you might see.