It’s 153 miles from Rodeo to Patagonia. That’s not a long drive, but it felt long to me, especially since I started at 4:00 am (Arizona time) and drove the first 68 miles at 45 mph. By the time I got to my Air B&B in Patagonia, I was beat. I wanted to bird, but I wasn’t up to anything requiring exertion. Paton’s was the perfect solution. It’s another of those houses where people are invited into the yard to watch feeders. The Patons started it in the 1970’s. They have since died, but the local Audubon society now runs it. Basically, there are areas on two sides of the house that have a wide assortment of feeders. Both have chairs, and one has a large canopy so you can sit in the shade. That’s just what I needed.

Paton’s is one of the few places in the United States to see the Violet-crowned Hummingbird, a medium-sized Mexican species that is clear white below and sorta dingy brown on the back. I thought the neck looked long and the bird had a lanky look to it, although it wasn’t very large. The head of the male is violet in good light. It’s pictured on the sign and checklist for the center. 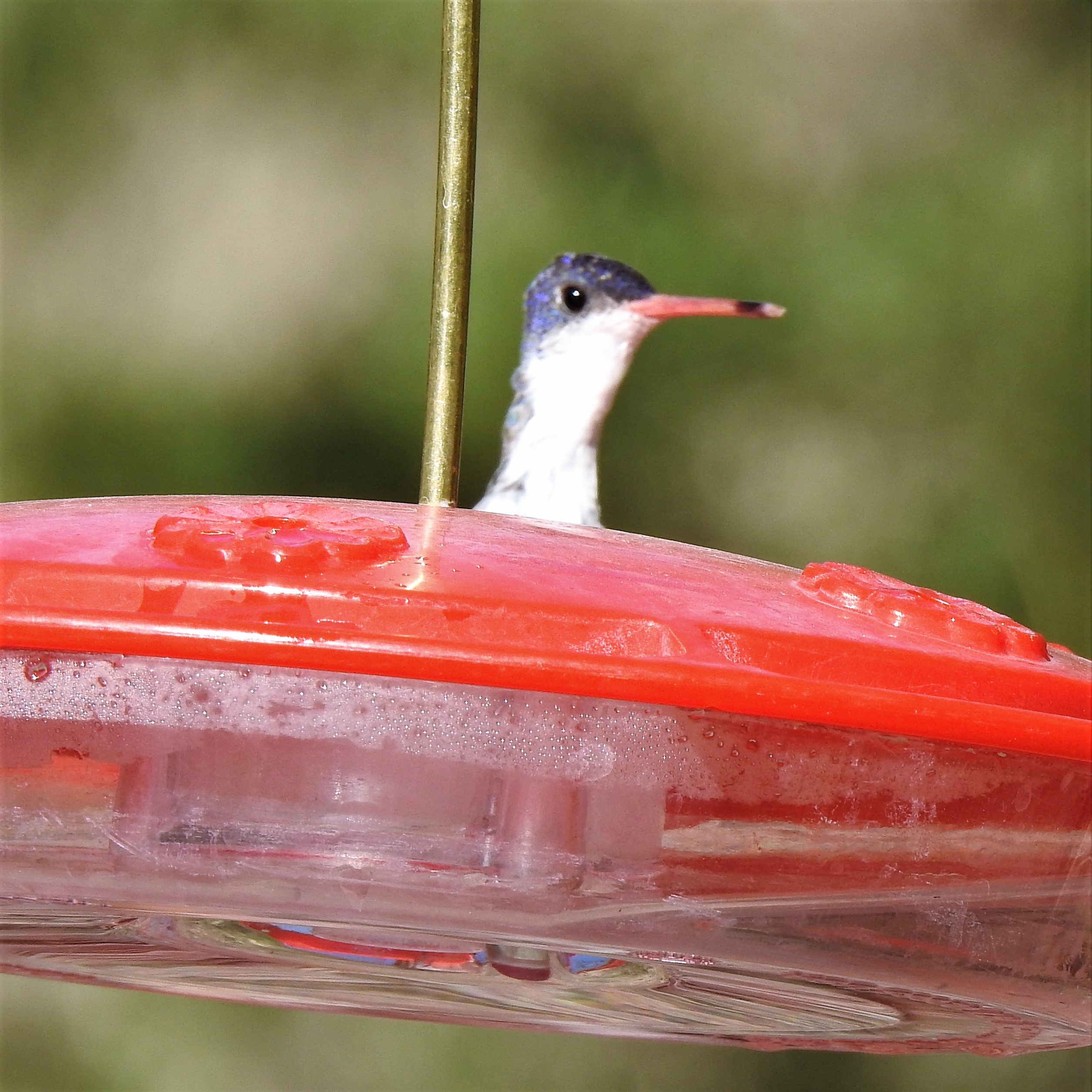 The hummingbird came to that feeder every 25 minutes or so. It seemed warier than other hummers and didn’t stick around long. It was constantly looking up and around between sips. Later in the day, it switched to another feeder in the shade. I spent a lot of time waiting for it to come to the feeder. When it did, it usually landed on the far side. I even turned the feeder around on the pole to get the low side in better light, but it didn’t help much. 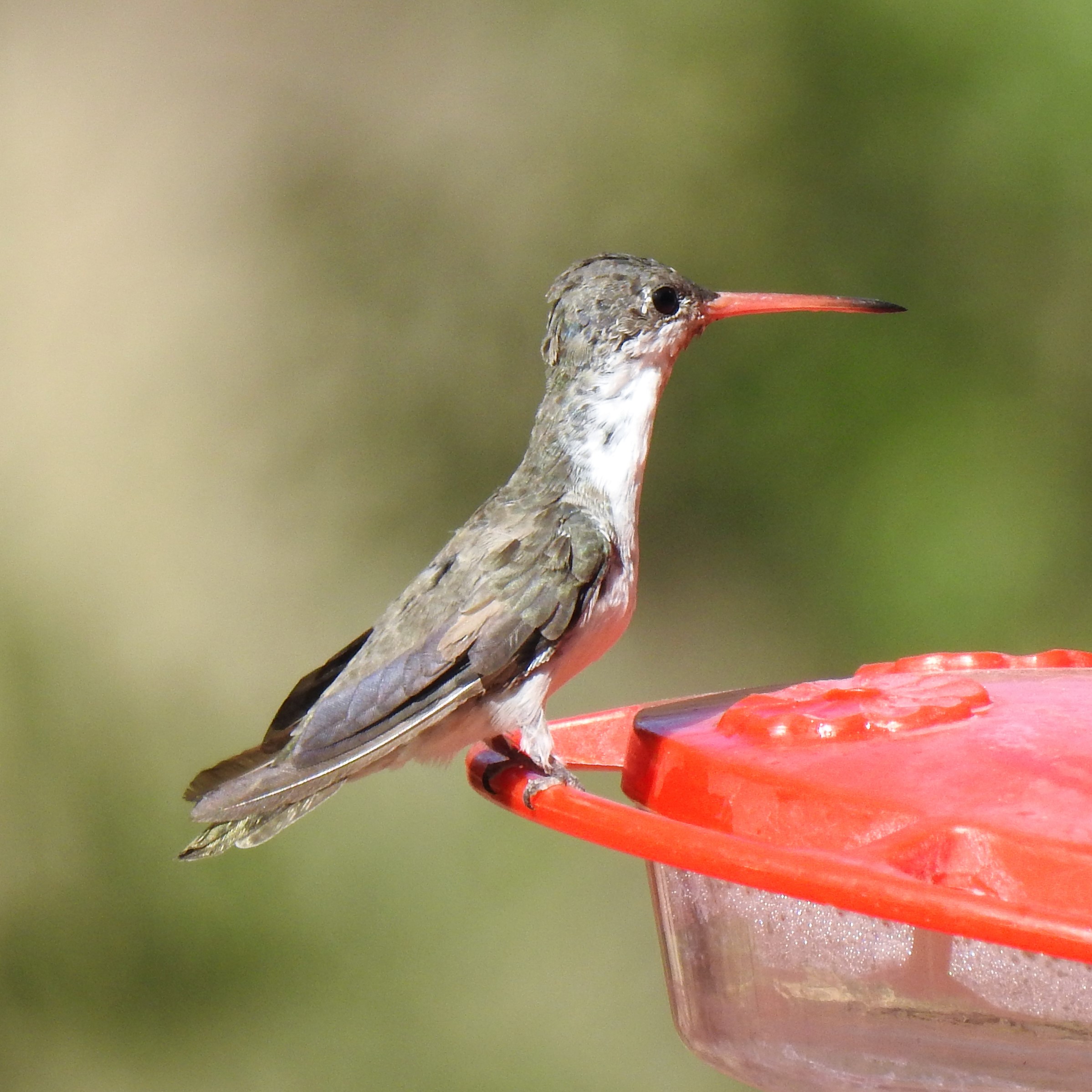 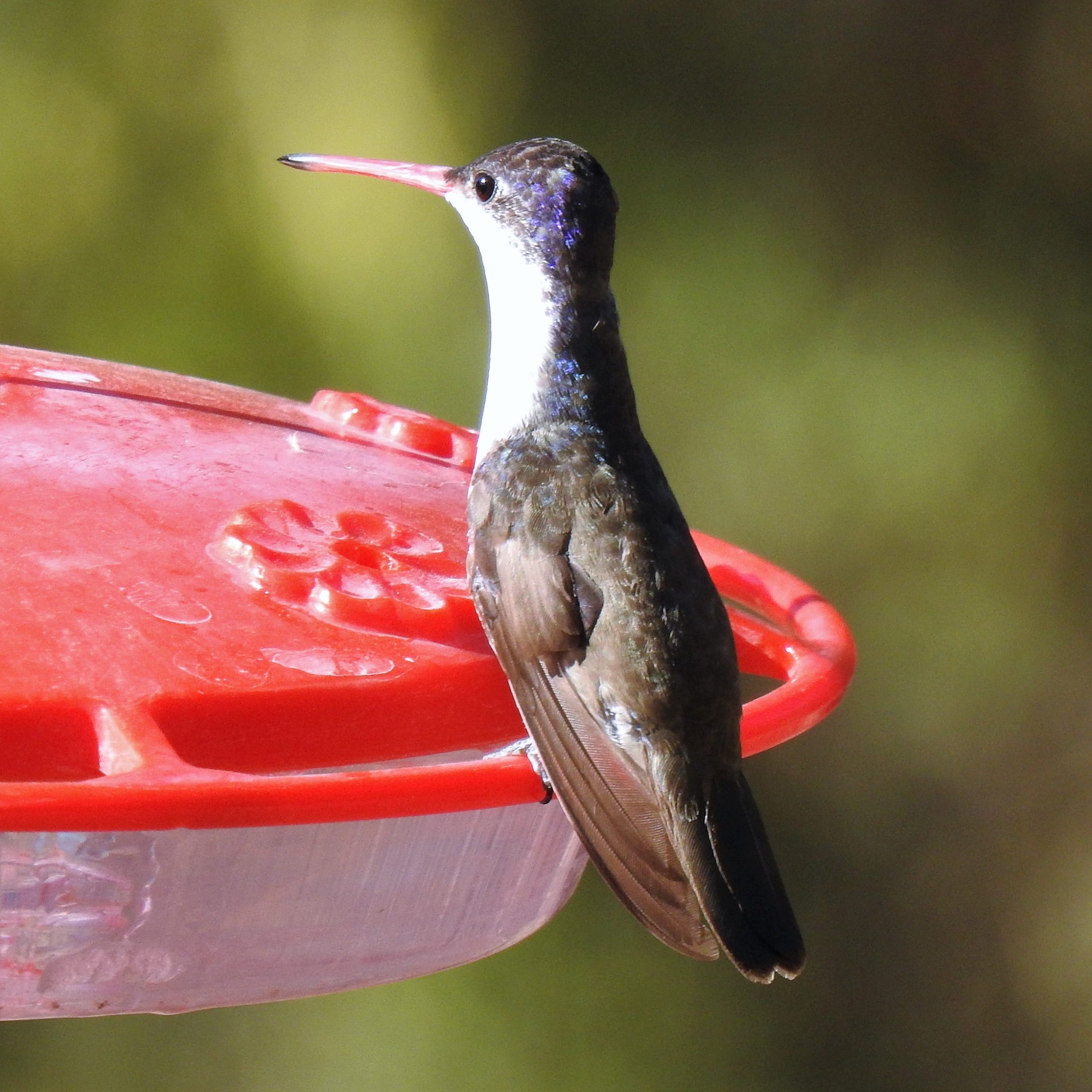 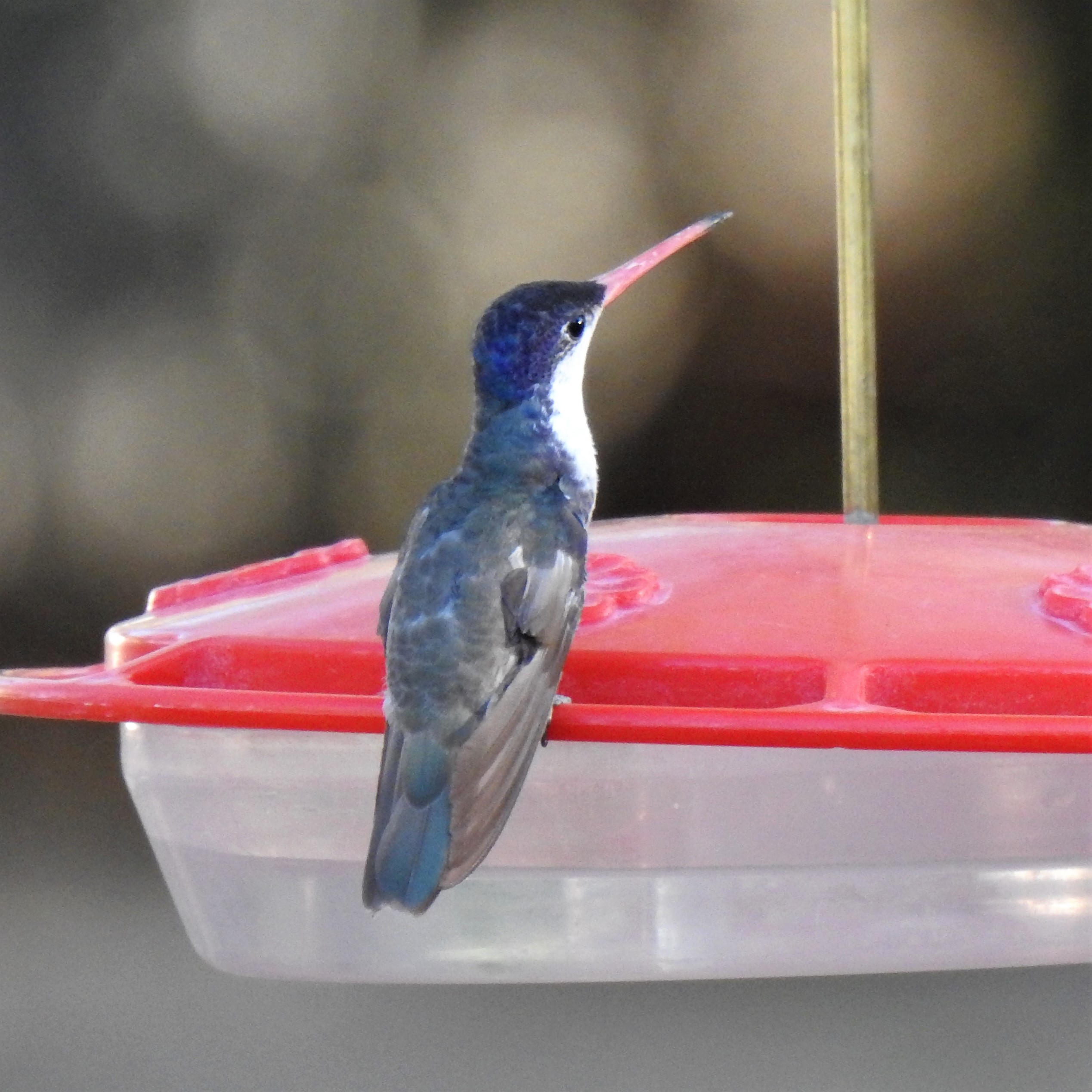 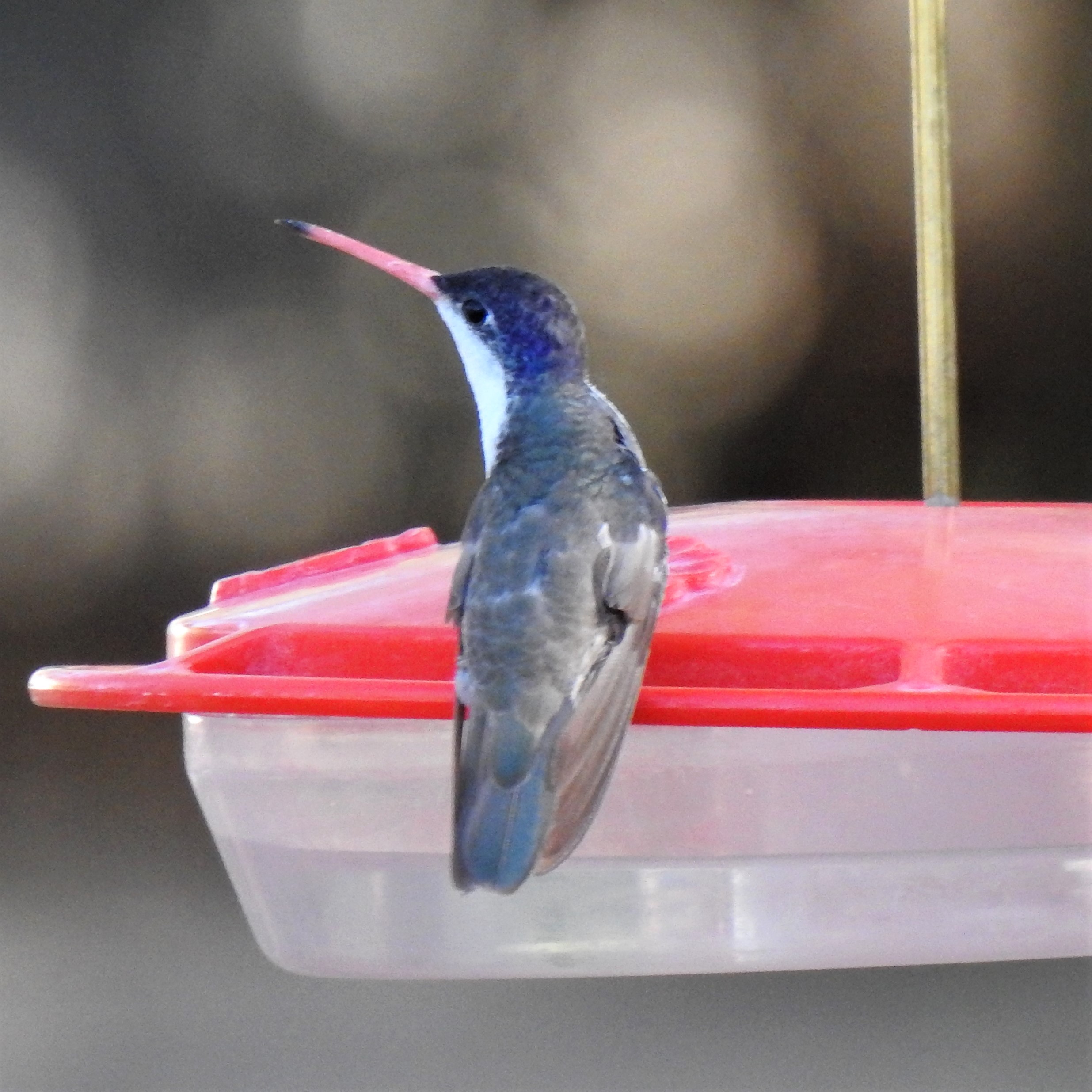 I saw it again the next day, but that was it. Even though I visited Paton’s every day, I didn’t see it again. Nobody seemed worried about it, so I’m sure I was just missing it. I spotted it once when it landed briefly on a branch in a nearby bush, but other than that, I only saw it on the feeders.