I woke up at 5:15 and decided I might as well go birding. I headed southwest to the town of Rio Rico and birded along the Santa Cruz River, one of the very few rivers I’ve seen in Arizona that actually had water—it’s about 10 feet wide and four inches deep. The trail was just a thin dirt track through scrubby woods and wasn’t very impressive. I went there because Green Kingfishers are reported regularly.

I very soon heard and saw a flycatcher that looked very much like the Great Crested Flycatchers I know from Illinois. It was singing frequently while looking around from a dead branch. A few times during the 10 minutes I observed it, it flew to another perch in the riverside cottonwoods.

The area felt sketchy, so I didn’t stay long. (I was assured by other birders that it’s safe, and so I returned two other times.) I saw other Brown-crested Flycatchers later this day along the trail by Tubac and at Paton’s in Patagonia. In fact, once I learned their calls, I saw them pretty much everywhere I went in southern Arizona, even up near Tucson. They aren’t quiet birds. At Tubac I saw one chasing another flycatcher that turned out to be a closely-related Ash-throated. The Brown-crested was flying so close behind the somewhat smaller bird that it almost looked to be riding it.

The large bill, the fairly bright yellow on the belly, and the rufous on the central tail feathers that extends all the way to the tip distinguish it from the Ash-throated Flycatcher. 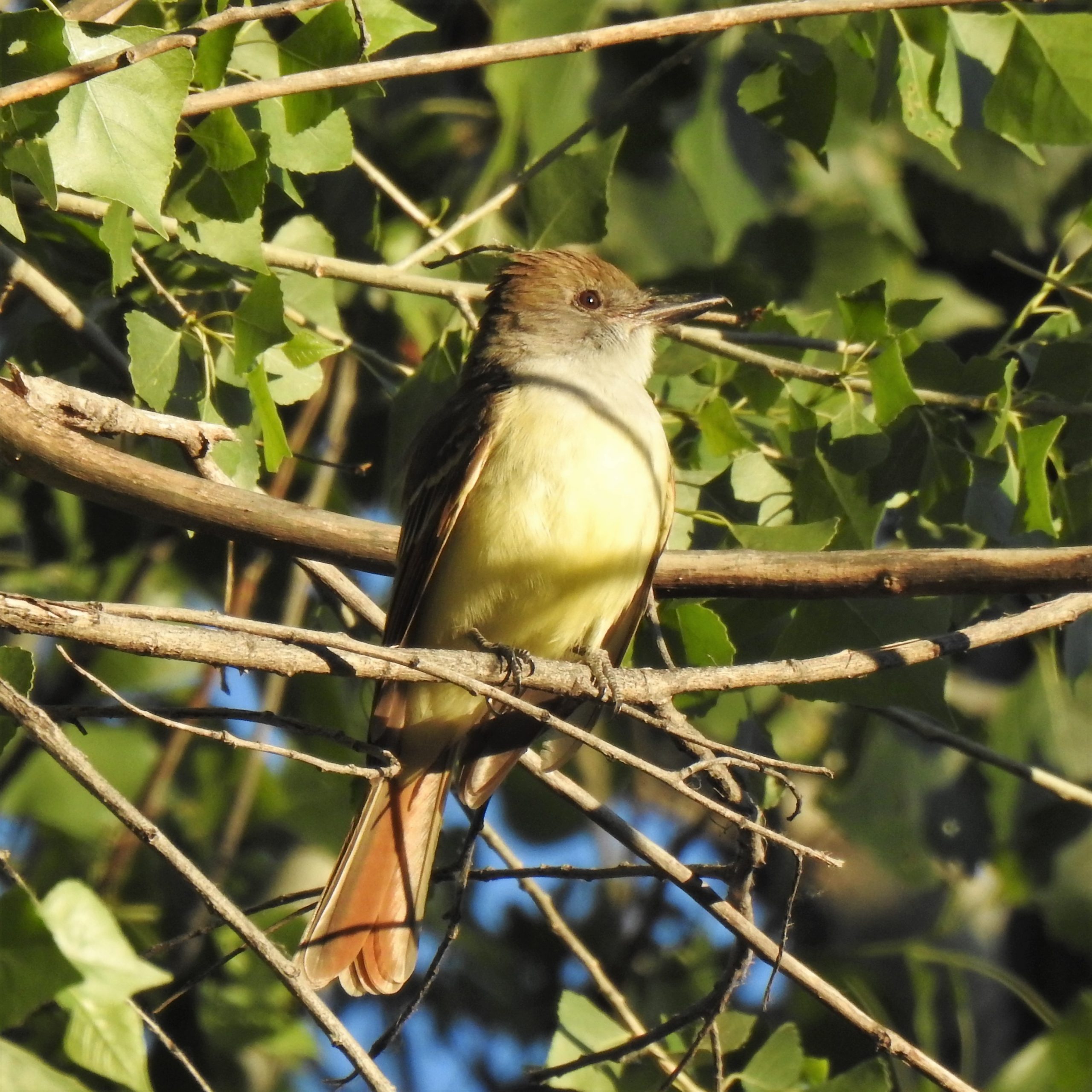 I’m almost certain this is another one (below) because of the large bill. I spotted it at Patons the night before my lifer sighting but didn’t count it because I hadn’t heard it and hadn’t seen the underside of the tail. 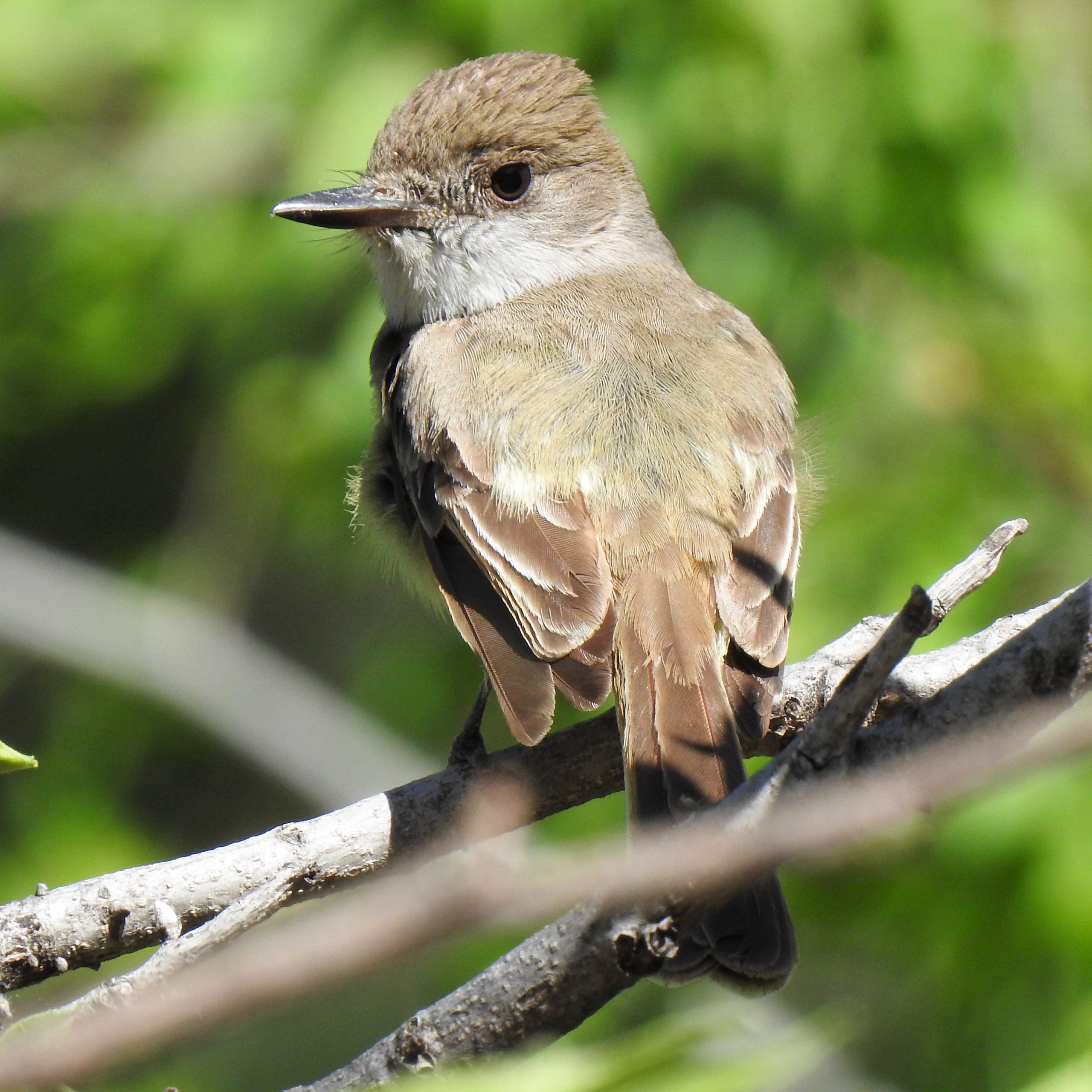