First of all, let me say that the Latin name of this bird sounds like a pasta dish at a fancy Italian restaurant.

This particular Ruddy Ground-Dove had been showing up on the rare bird reports all spring. Although I don’t get terribly excited about doves, I wanted to see it, of course. I was off by the parking area trying to get decent photos of the Violet-crowned Hummingbird when the dove came to the feeders. It usually stays on the ground in and around a brush pile where the caretaker scatters seed, and that’s what it did this afternoon. I was a little put off when I found out it had been seen and nobody had mentioned it, but it soon returned and I got good looks—along with everyone else. (The guy on the far left, and the woman on the right who is staring at me were married. They live out of their RV. I kept running into them at Patons and we chatted regularly and joked around. When I saw them for the third or fourth time, I said, “If we keep meeting like this, we’ll have to exchange Christmas Cards.” They had a bumper sticker on their camper that said, “Don’t be condescending. That’s when you talk down to someone.”) The crowd is due to the bird’s rarity. It’s a Mexican species that only occasionally ventures north into the Southwestern states. 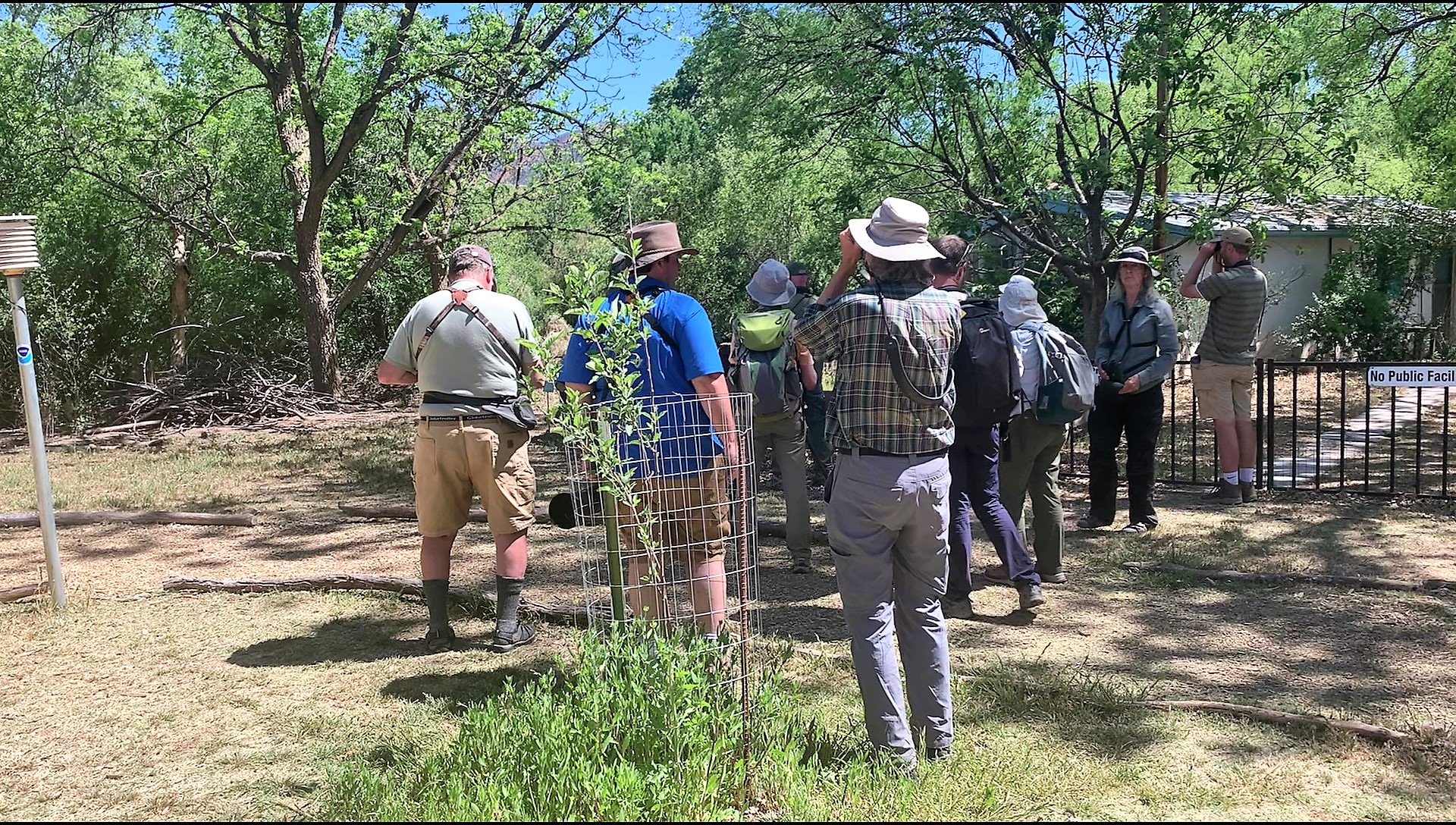 Back to the dove. It’s a little bit larger, but otherwise similar to the Common Ground-Doves that also came to the feeders from time to time. It lacks the scaled look on the breast that Common has (evident on the video). The Ruddy has a gray head and is otherwise a reddish-brown, like it was dipped in stain. It acted like a typical dove, walking slowly around making quick stabs at the ground for seed. On the first day, with a crowd of people watching, it hung around for maybe five minutes, never venturing far from the brush pile. It was near a couple Inca Doves, another small dove of the Southwest. 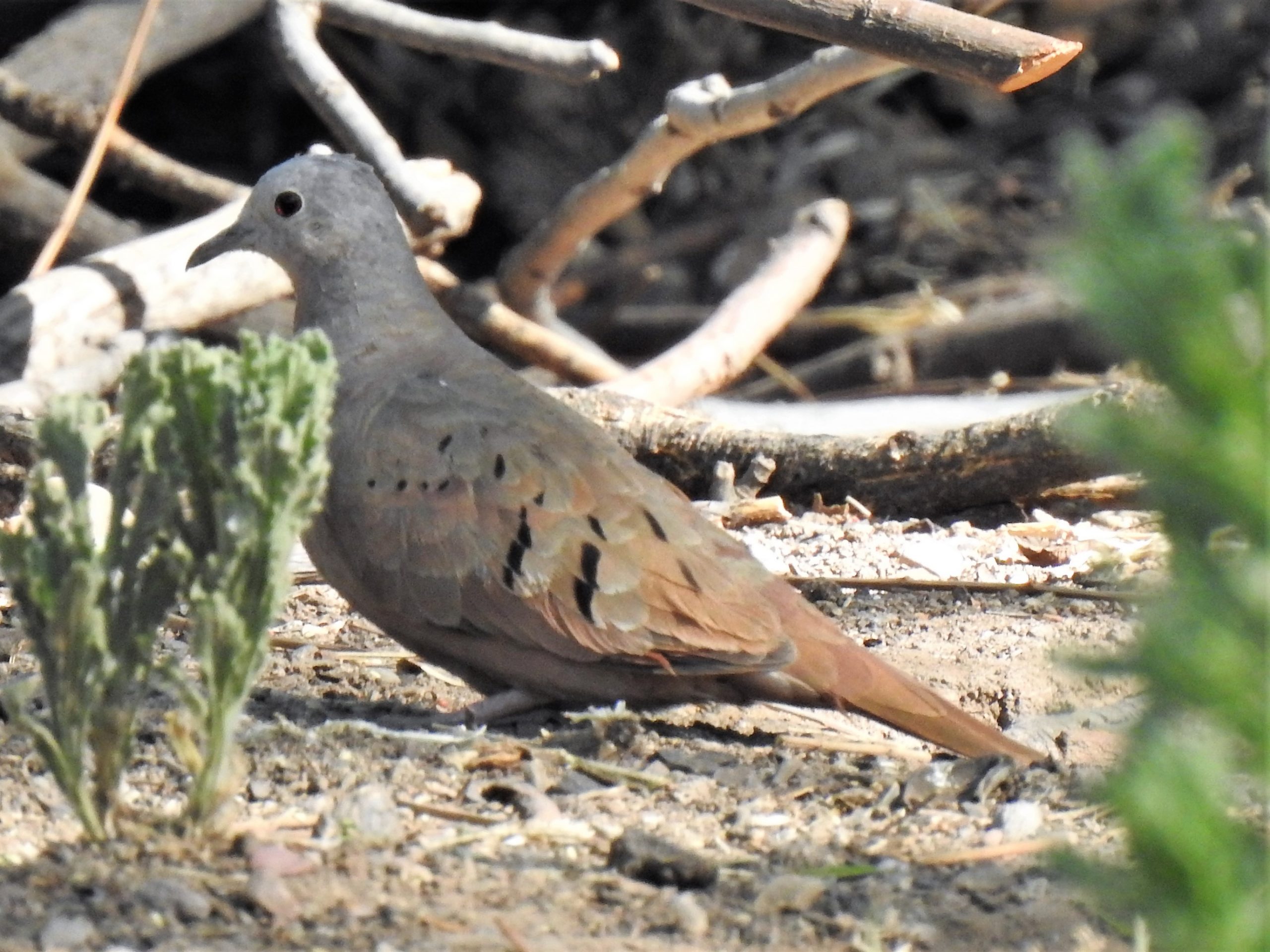 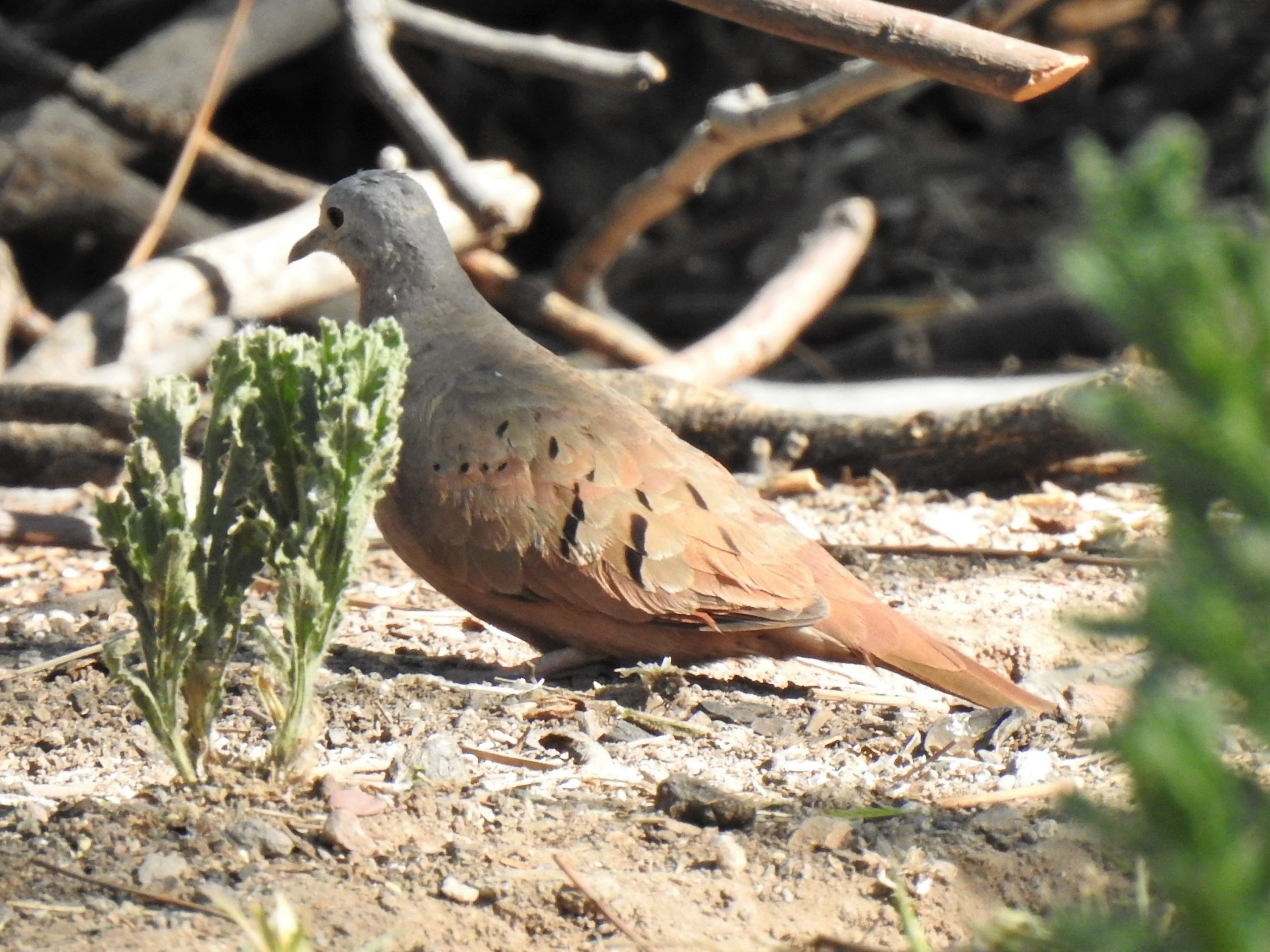 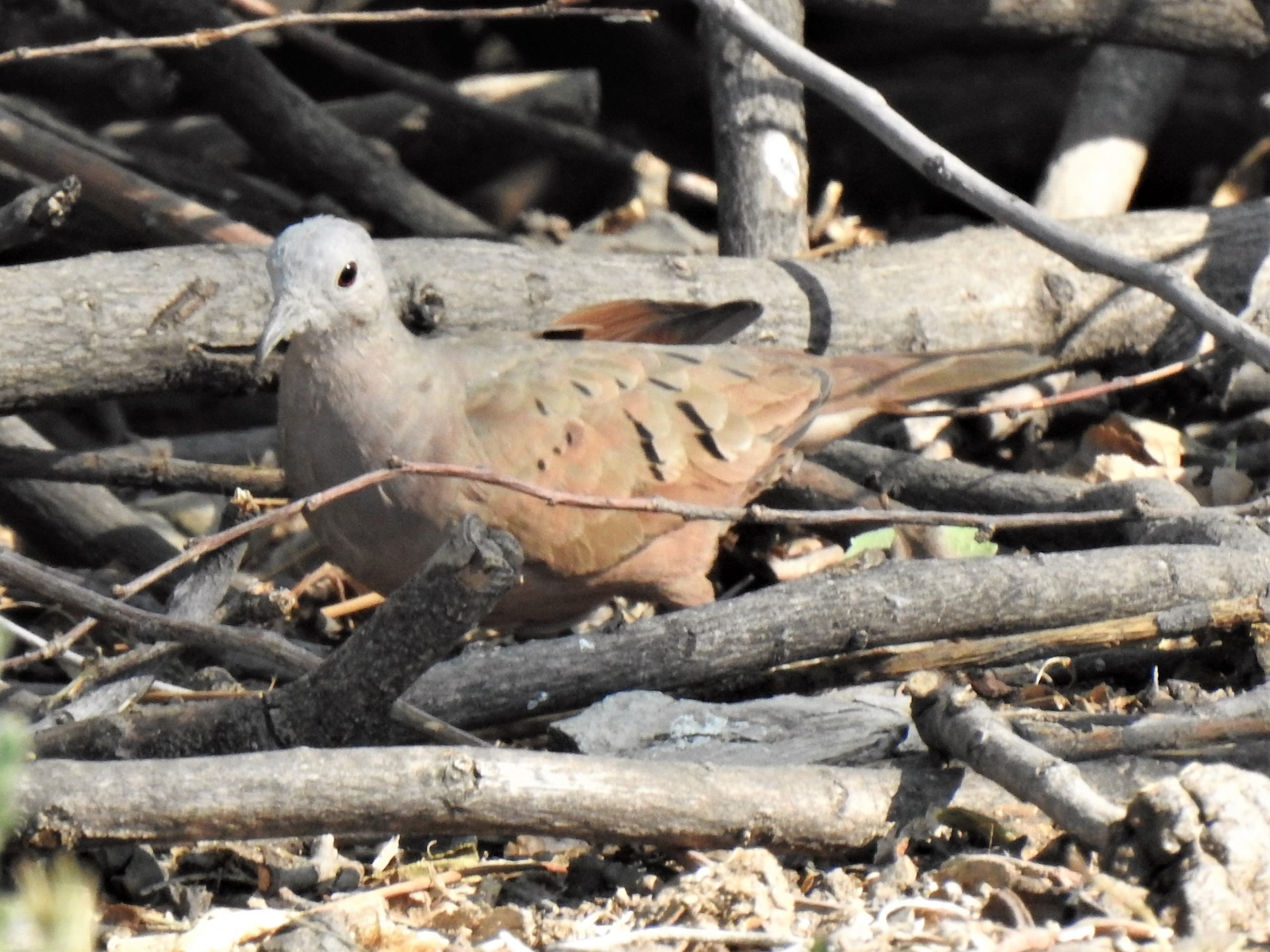 Two days later, I was by myself at Patons early in the morning. I spotted the dove again. It was more out in the open this time, feeding with a Common Ground-Dove and a White-winged Dove, giving good side-by-side comparisons. (See the second two clips on the video.) 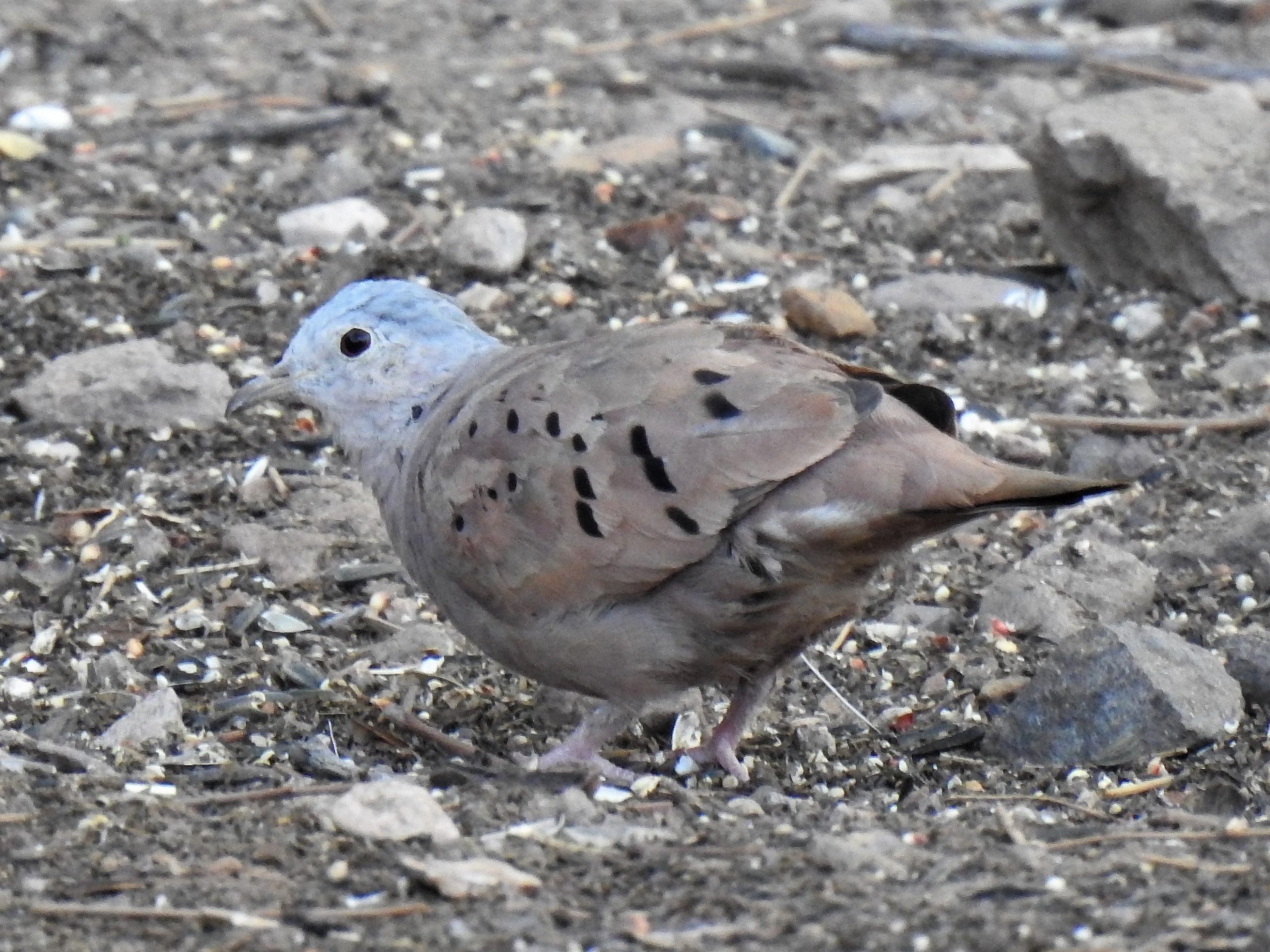 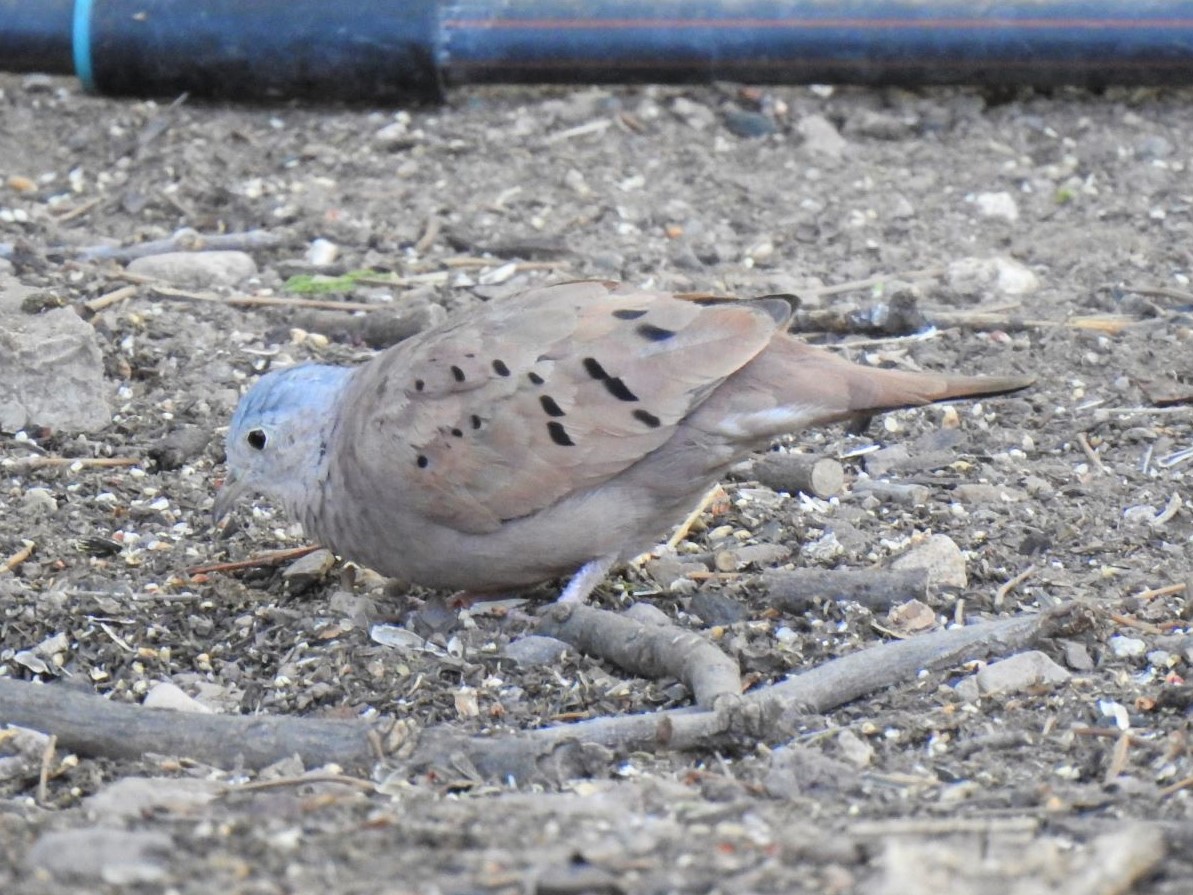 The Ruddy Ground-Dove is the blurry bird in the background. The one in the foreground is a Common Ground-Dove. 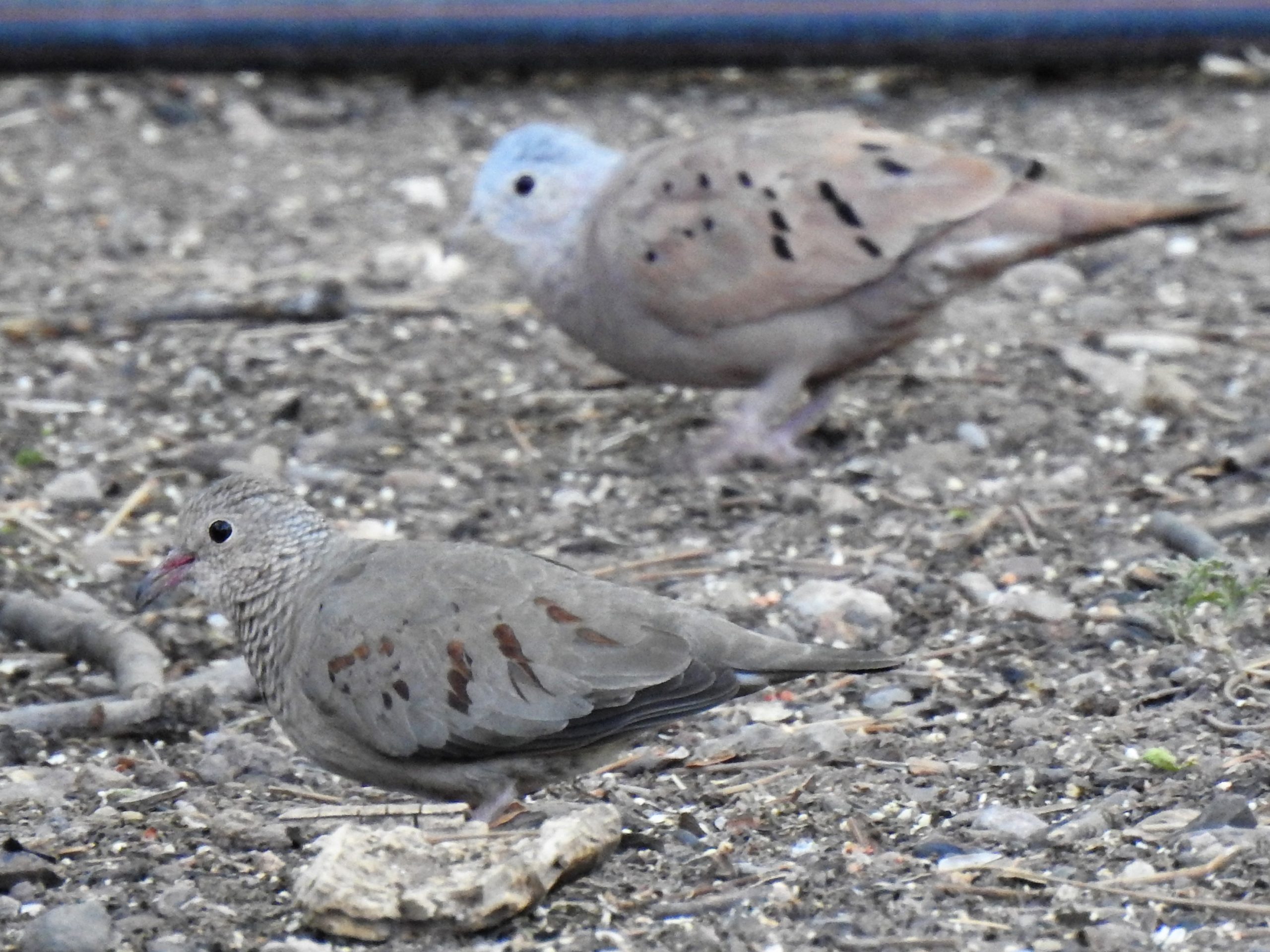 The first two clips on the video were taken on Sunday afternoon, the last two early Tuesday morning. In the latter, the Ruddy is feeding with a slightly-smaller Common Ground-Dove and a much larger White-winged Dove.