I was looking and listening for this bird as I walked through the woods along the Santa Cruz River to the becard nest. The Tyrannulet song is a series of clear notes that descend the scale—an easy song to recognize and remember. It’s a Mexican bird that just reaches the US in south Texas and southeastern Arizona.

On my way back to the car, I saw a tiny bird flitting through the mesquite. I was hanging around the area to get a better look when a long parade of birders walked by—another guided tour. As the leader walked past the tree, he said, “Oh, there’s a Northern Beardless-Tyrannulet.” He proceeded to explain how he’d seen them nest in Texas and how they find clumps of vegetation and, rather than start from scratch on a nest, adapt it for their purposes. He said he was really interested to find out if they did the same thing in Arizona and now he knew they did. It was all very convincing. Later, I mentioned that I’d seen this bird to two other guides, and both of them knew exactly where the nest was. It was a stop of their tours to the becard nest. This guy was pretending he’d just discovered it. 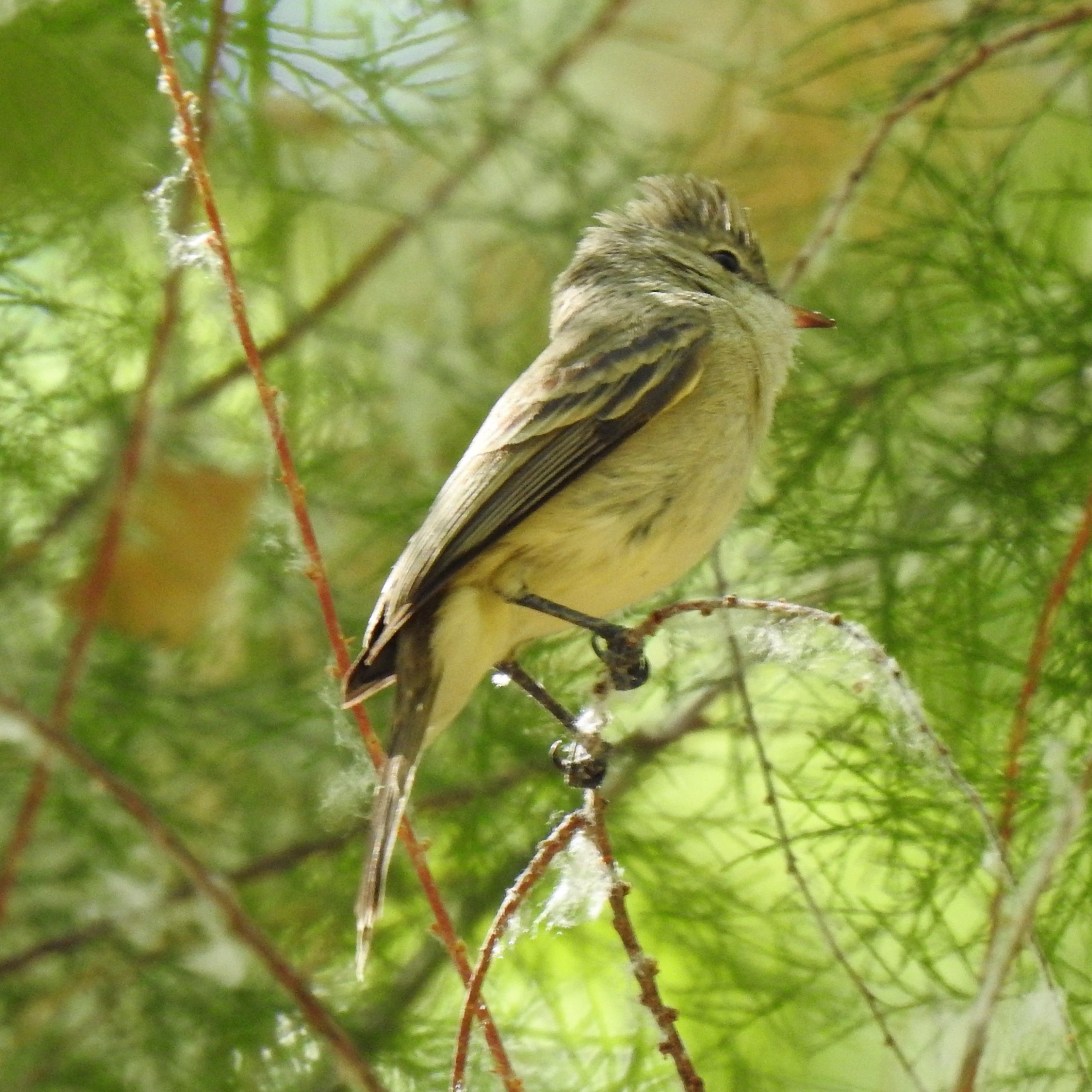 Anyway, I soon spotted the tyrannulet in a nearby bush, singing its song. I’m convinced I would have heard it, recognized it, and seen it even if the group hadn’t happened along when they did. They were all gathered around waiting for the bird to return to its nest, so I was stuck on the wrong side of the tree. But when they’d all had their fill and moved on, I moved around to the other side. One woman from the tour—who liked to actually see the birds well and wasn’t a fan of being hurried along—stuck around and chatted with me. The tyrannulet came back and ducked into the nest to feed its young. It then popped back out, sang the song once from a nearby branch, and disappeared. Five minutes later it returned and did the same thing—one song every visit. Stupidly, I stopped the video (below) just a half second before the bird sang. 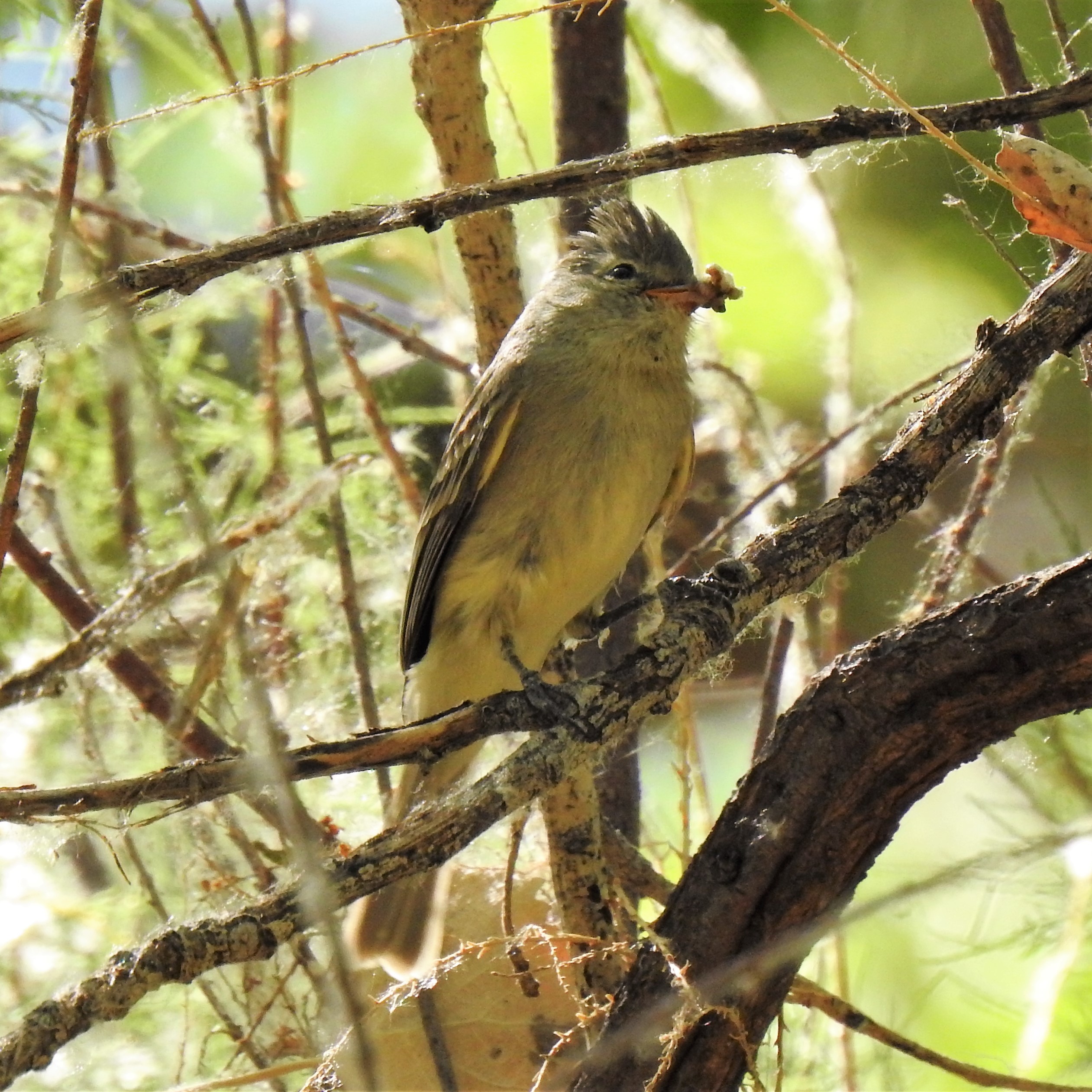 The notable field marks of the  Northern Beardless-Tyrannulet are it’s small size—think kinglet—the bushy crest, the short, stubby bill, and the fact that it has no rictal bristles around the base of its bill (the last mark gives the bird the “beardless” designation). 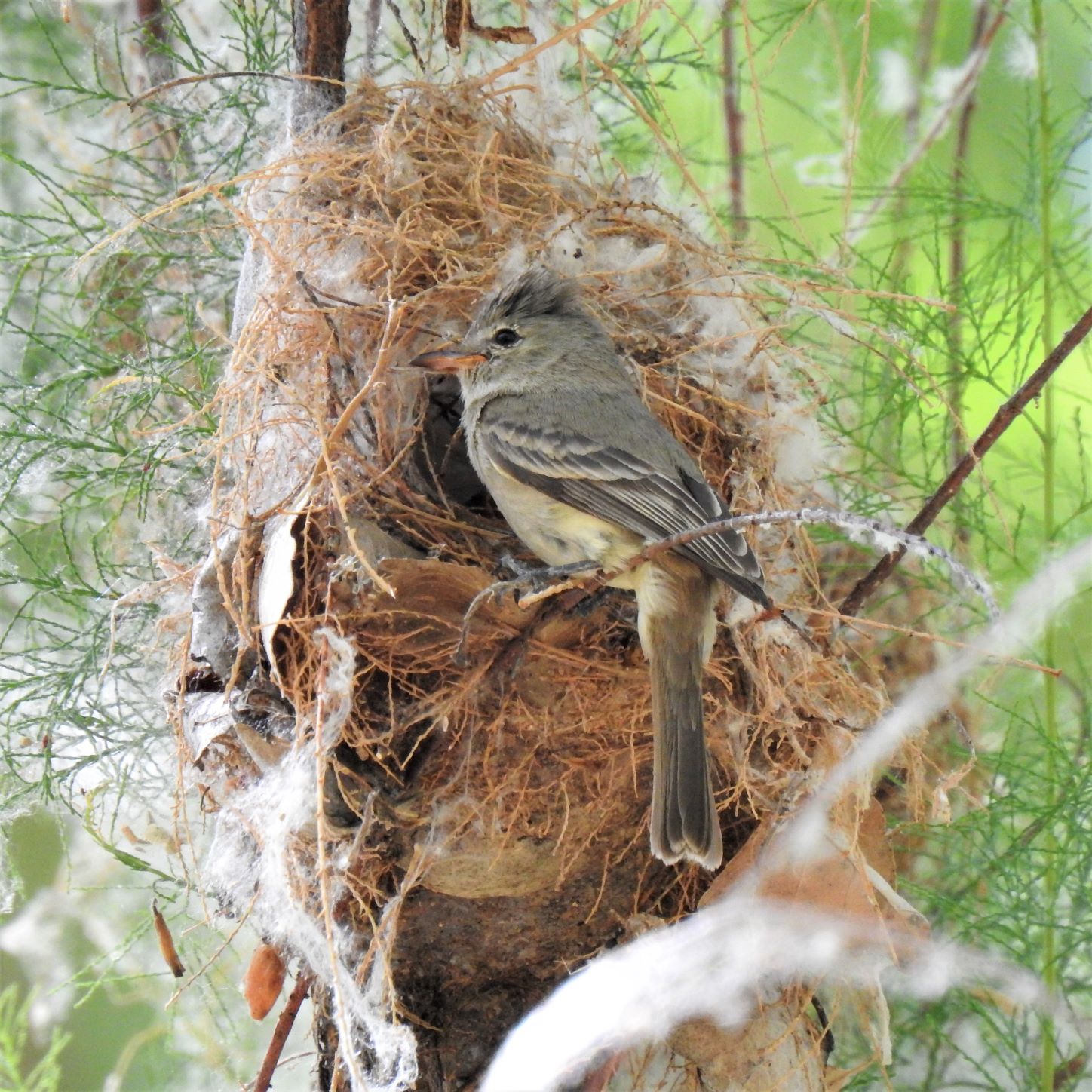 I watched three or four visits and then headed on my way. I saw another one at Patagonia Lake State Park on Tuesday and one on Wednesday in Montosa Canyon when I was concentrating on finding the Five-striped Sparrow.