A woman I met in Tubac assured me that this section of trail, where I’d been earlier in the morning, was safe and that it was THE place to see Green Kingfishers. So I returned.

I knew they were most often seen flying up and down the river. I also knew they were a great deal smaller than Belted Kingfishers—about the size of a Song Sparrow, but with a disproportionately long bill that gives it another inch or two of length. I walked along the river, watching for the kingfisher but also enjoying the Black Phoebe, Tropical Kingbird, Vermilion Flycatcher, and Phainopeplas in the area.

I’d been there about 15 minutes when I reached a straight stretch of river crossed by a small, rickety footbridge. I saw the kingfisher flash by, almost too quickly to comprehend. It was low over the water as it went by, perhaps 15 feet away from me. Just then a guy walked up behind me and asked if that was the kingfisher. I turned toward him to say yes when he said, “There goes another one.” I turned back in time to catch a glimpse of a small green bird heading downstream after the first one.

The guy introduced himself as David, and we talked kingfishers and the best way to see them. He’d looked at his watch as it went by and saw that it was exactly 12:06. We scanned all the low branches above the river where Green Kingfishers like to hang out and explored across the river a little. We had just crossed back over the bridge when a single kingfisher—the male with a red chest—flew back upstream. David marked that 22 minutes had gone by. It was now 12:28. We waited for the second one to follow but didn’t see it. I stayed there while David walked upstream to look for the one that had just passed. Twenty-four minutes went by this time. I had my camera ready and was poised to take photo. Suddenly I saw a tiny white flash coming my way. I panned my camera and took a shot. Here’s the photo I got. 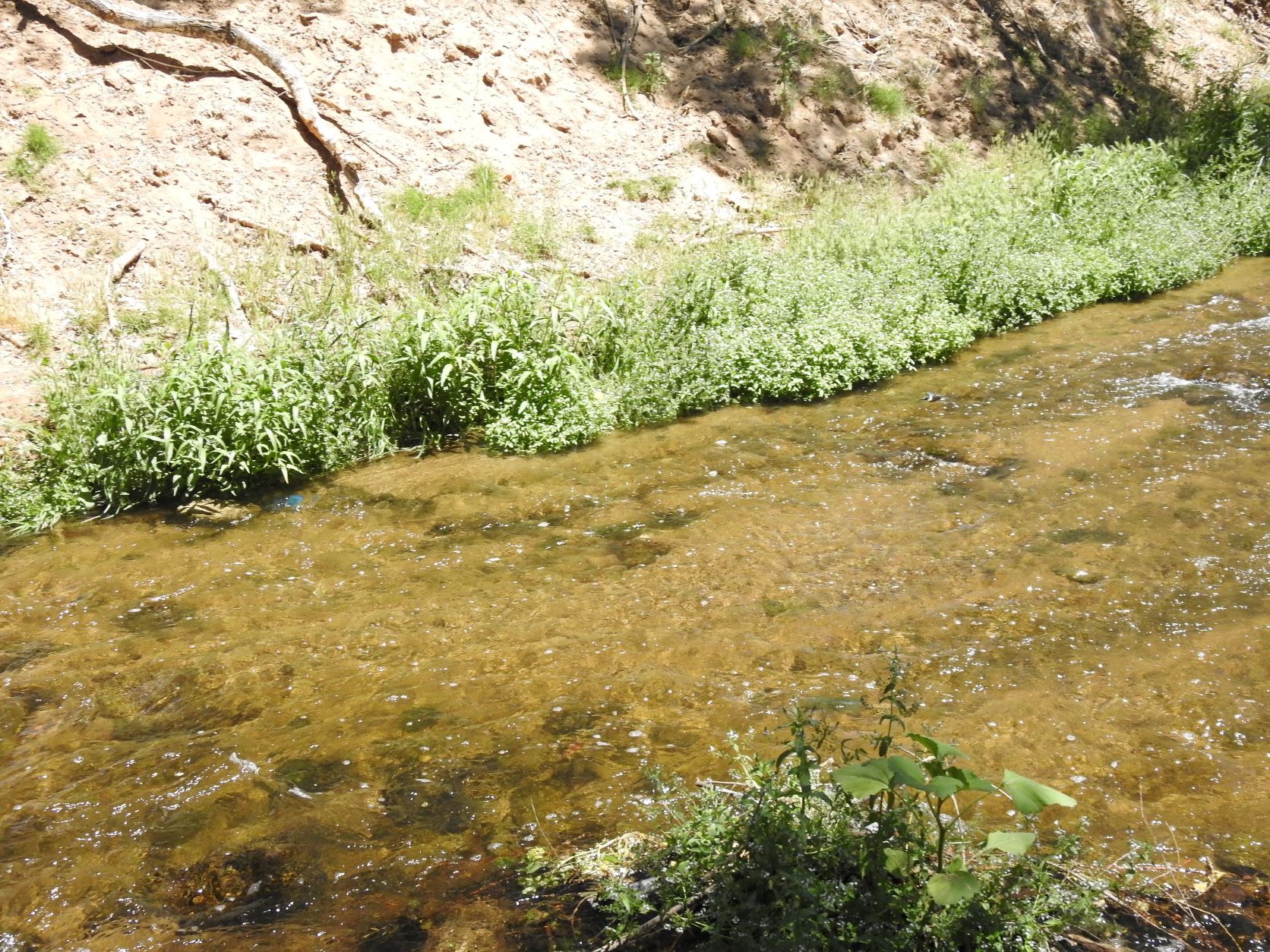 It doesn’t look like much, but when I zoom on the upper right corner, I see this. 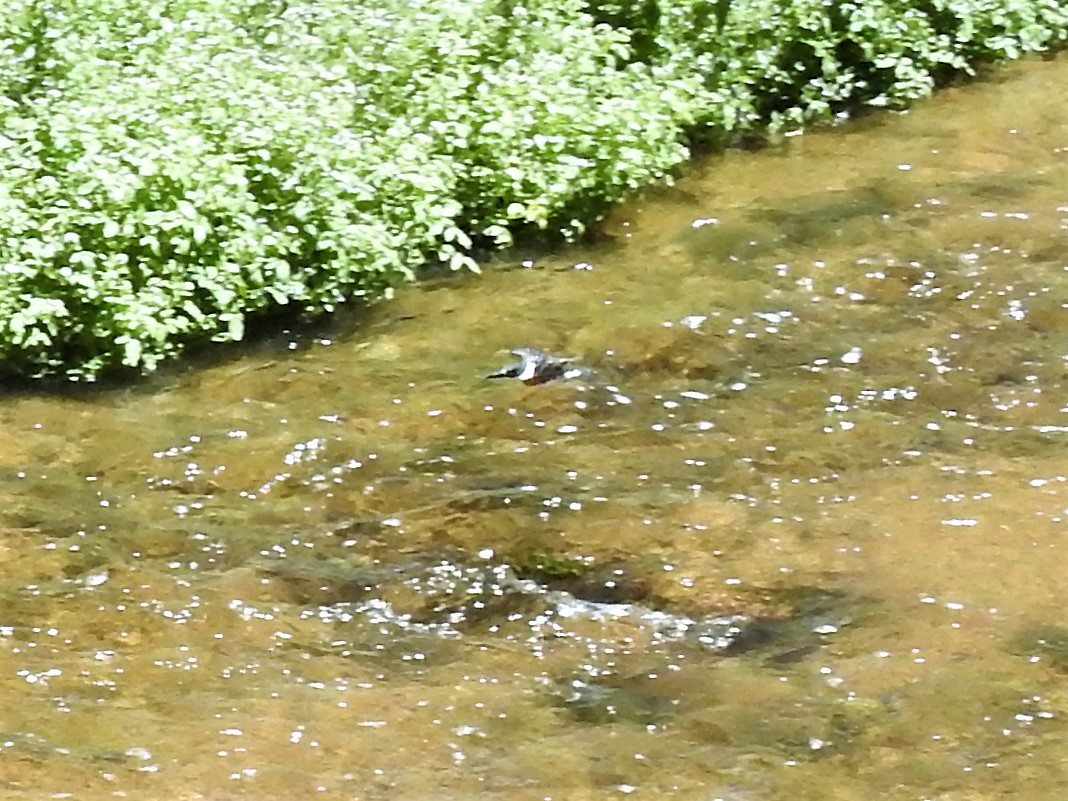 David came down and asked if I’d seen it. I showed him my photo. It had actually landed in a tangle of branches right across from where he was standing and he showed me a blurry photo. He said he’d tried to warn me it was coming, but I hadn’t heard him.

I returned two days later to try for a better photo. This time it was the female that was making the flights up and down, and she was on a different schedule. There were four other birders there, and we waited by the bridge for a long time. I finally I spotted her heading upstream and pointed her out to the others. The bird was moving so fast, not everyone saw her. We waiting well past 22 minutes. I finally walked upstream to see if she had landed. A few minutes later, one of the other birders came up to tell me it had just flown right past me. Nobody had gotten photos. A lot of birders go to that spot, and some are lucky enough to see one of the kingfishers perch. Here’s a photo of the same bird I photographed taken by someone else a few days later in the same location. 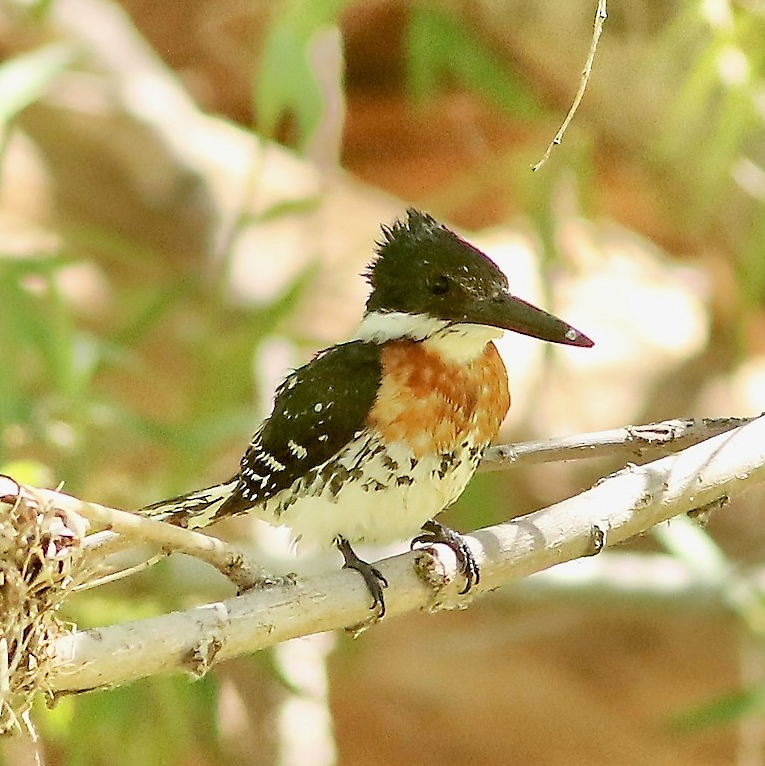 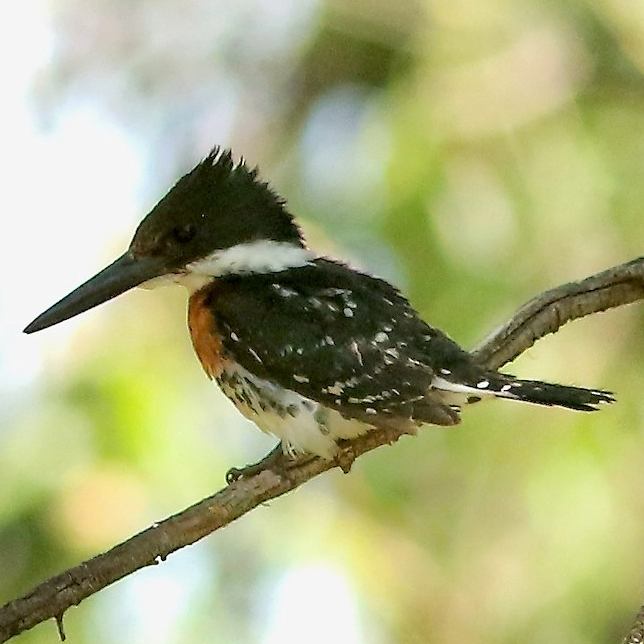 And here’s someone else photo of the female I saw on Wednesday. 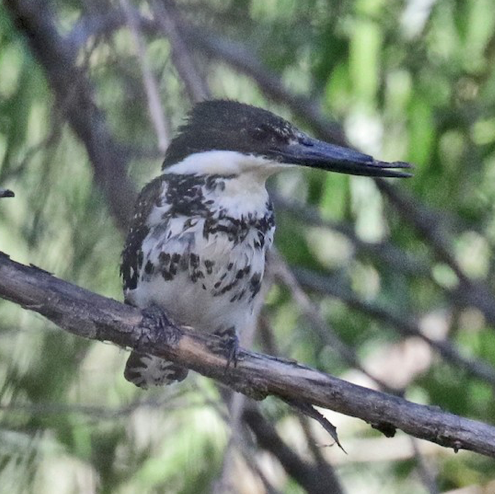 I wish I had gotten photos like this, but I actually saw both birds very well as they flashed by.