I hired a local guy online to take me owling and show me Elf, Whiskered-Screech, and Spotted Owls, and a Mexican Whip-poor-will. I knew nothing about him. Earlier in the week, I’d taken a photo of a hummingbird at Ramsey Canyon that I thought might be a Calliope. Another birder suggested that I show it to his guide, which I did. The guide told me—convincingly—that it was a young male Broad-winged. Anyway, when Matthew showed up at the cabin on Monday evening, he turned out to be the guy who’d identified the hummer for me the day before.

He picked me up at 7:30 and drove us east into the Coronado National Forest, perhaps eight miles from Patagonia. Right at dusk, we got out near a large sycamore in a clearing along the road.

Anyway, the evening got off to a rocky start when Matthew realized I didn’t know the proper nighttime settings for my camera. He made a snide remark that when he was calling owls wasn’t the best time to be trying to figure out my camera. But as the evening went on, and I showed him the pictures I’d taken of a butterfly and a kingsnake, and we found out we’d both gotten started as birders by reading Adventures in Birding by Jean Piatt, things got better and he worked hard to show me the birds.

While a couple of nearby cows looked on, he played the Elf Owl calls and tracked one of the responding owls. It’s the smallest owl in the world, and it’s tiny—about the size of a cell phone. The call is a series of high-pitched, squeaky barks. Matthew said we were looking at the female—I guess he could tell by the call. I figured out how to set my camera and got three photos while he shined his flashlight on the bird. He said my pictures were better than those taken by the hotshots with tons of equipment (who claimed to be professionals) that he’d taken out the night before. I only saw it for about 15 seconds, mostly through the lens of my camera, so I don’t feel like I got very well acquainted with the species. 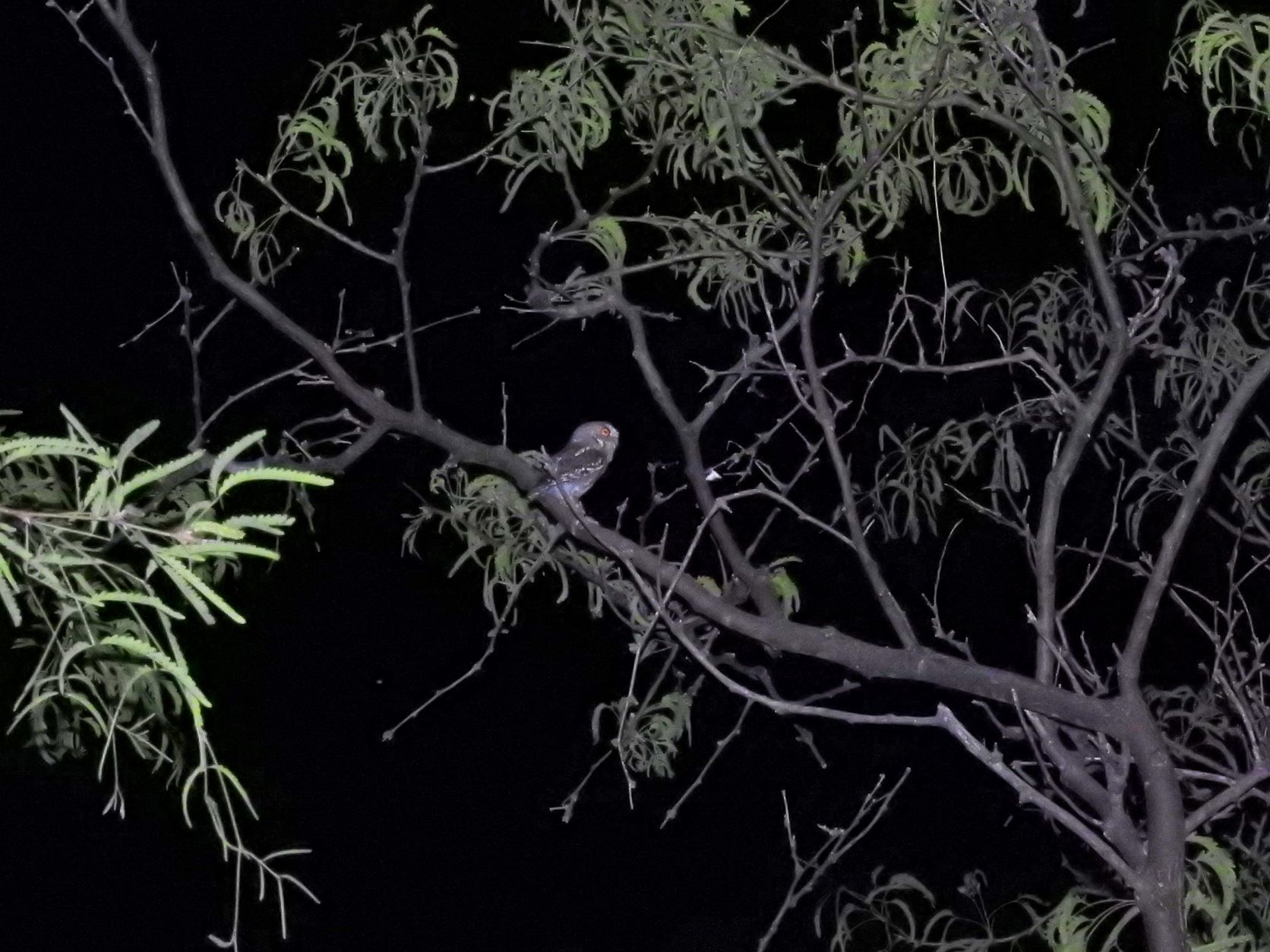 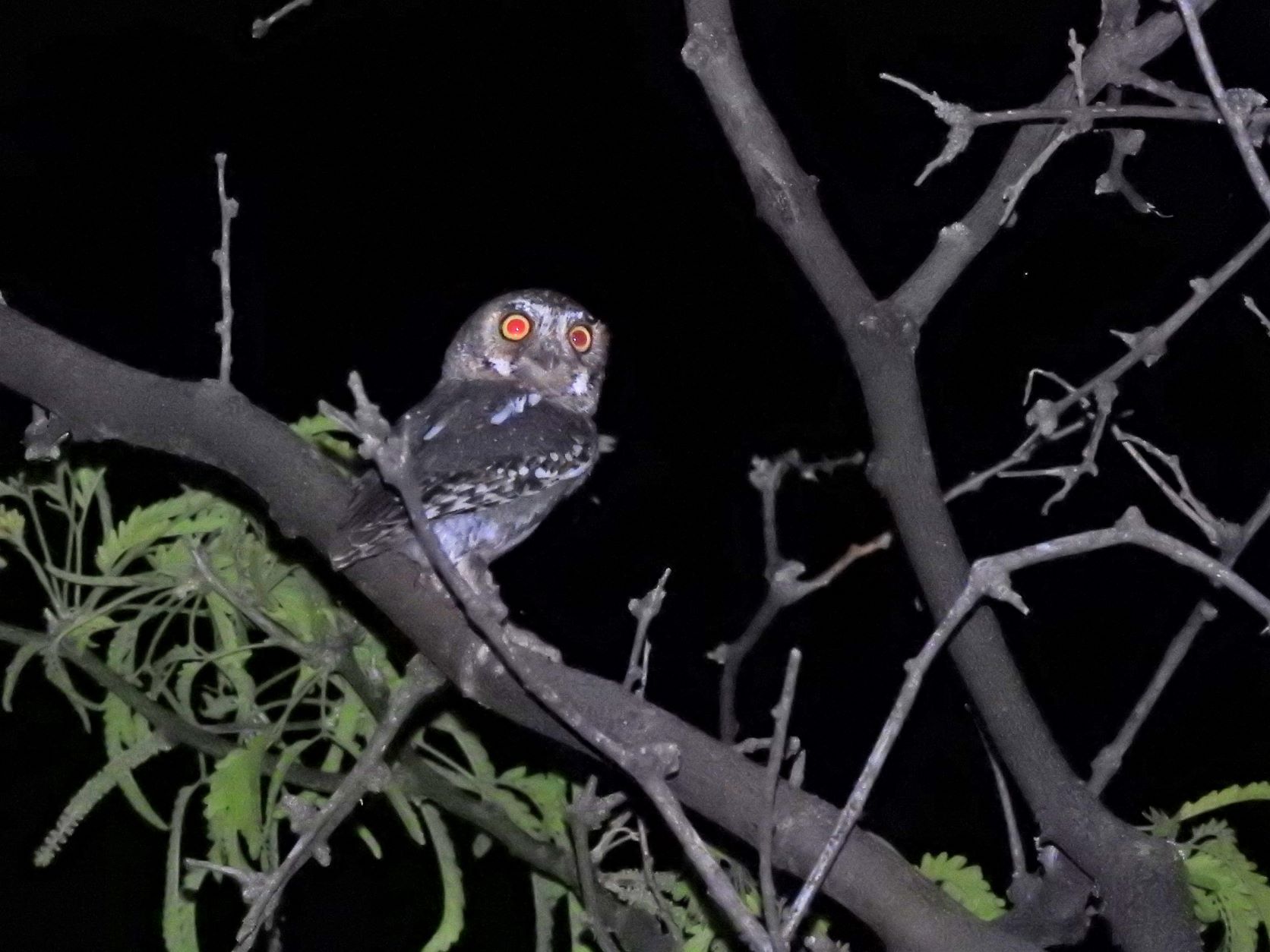 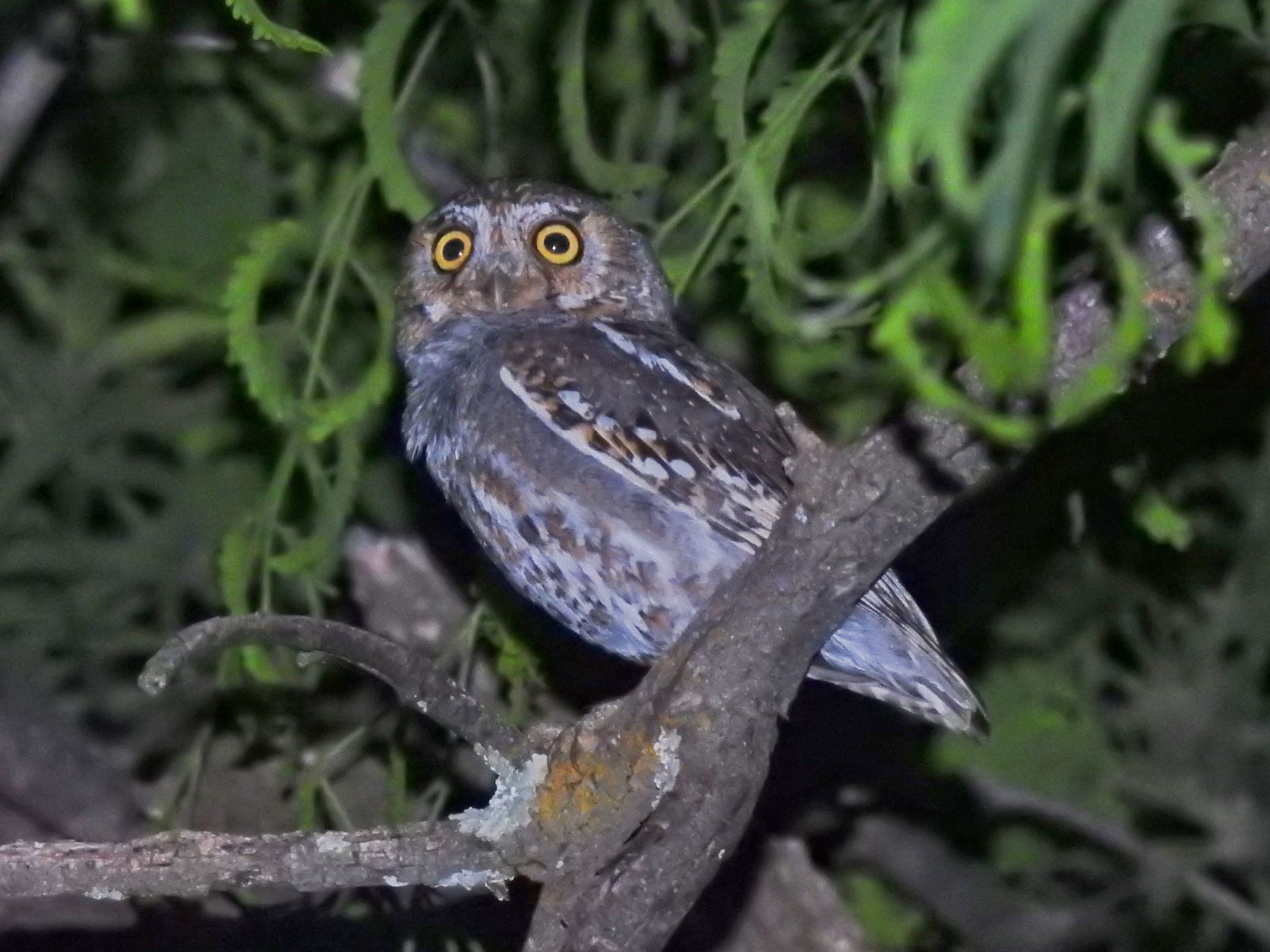 We heard others calling in the woods later when we were tracking Whiskered Screech-Owls and Mexican Whip-poor-wills. Matthew played the calls of the Spotted Owl once, but there was no response. And since it’s an endangered species and you’re not supposed to play their calls, we left it at that.