During the three hours we birded up and down Harshaw Road, we saw four vehicles. All four of them were border patrol. Three of them stopped and talked with us. They all seemed to buy our stories about looking for owls, and they all told us to watch out for snakes—they’d seen a lot crossing the roads. There were signs here and there warning that human smuggling might be encountered in the area. So, smugglers, border police, and snakes … It wasn’t the coziest place I’ve been birding.

Matthew picked a spot that appeared to be open oak woods, but it was hard to tell in the dark. He played the calls of the screech-owl, and at the second place he tried, one came in. It landed in a tree right next to us and I got one photo. It then flew high up in a bigger tree across the road. I tried for another photo, but it appeared my flash wouldn’t reach that far. After lightening the picture on my computer, I see that the bird just wasn’t looking at us. 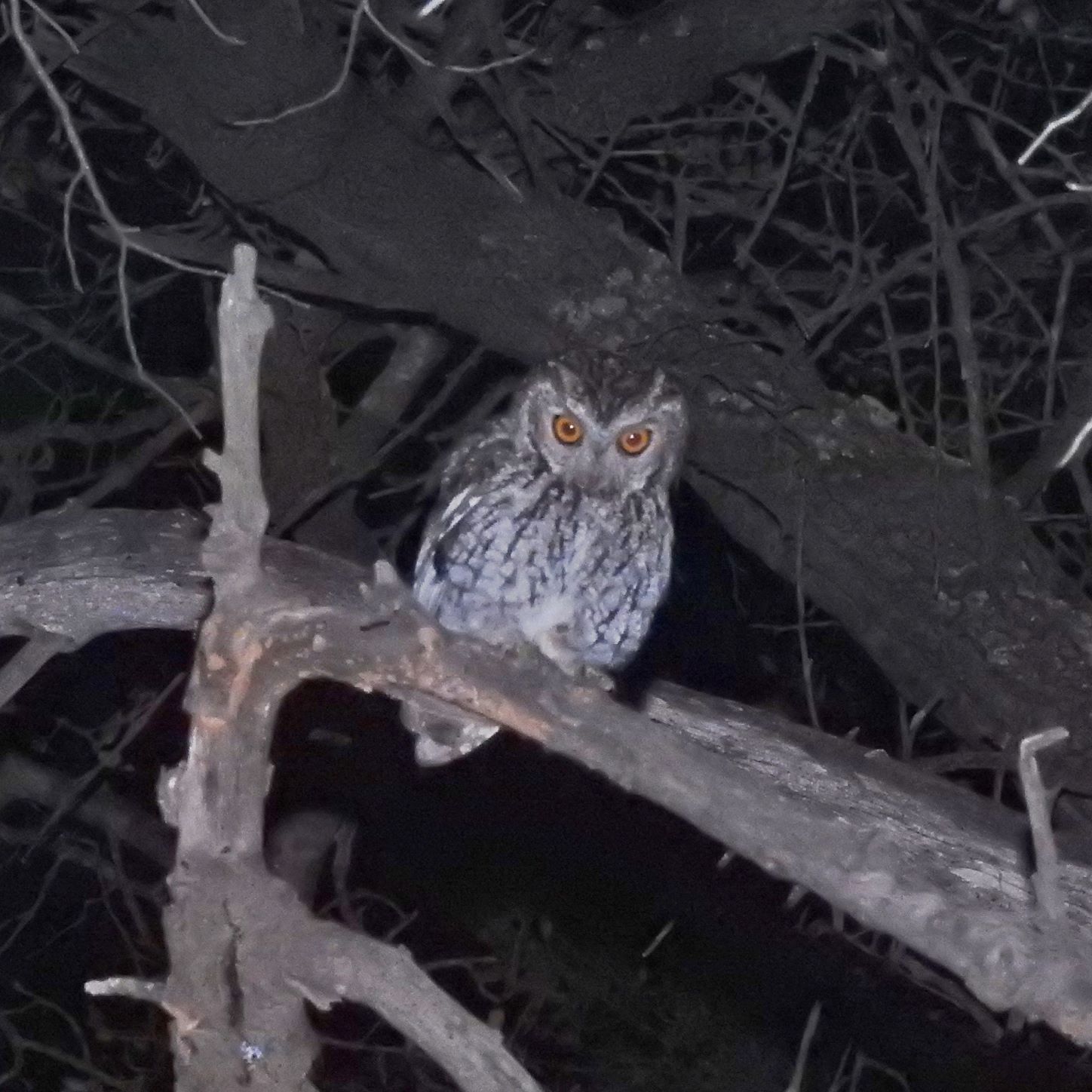 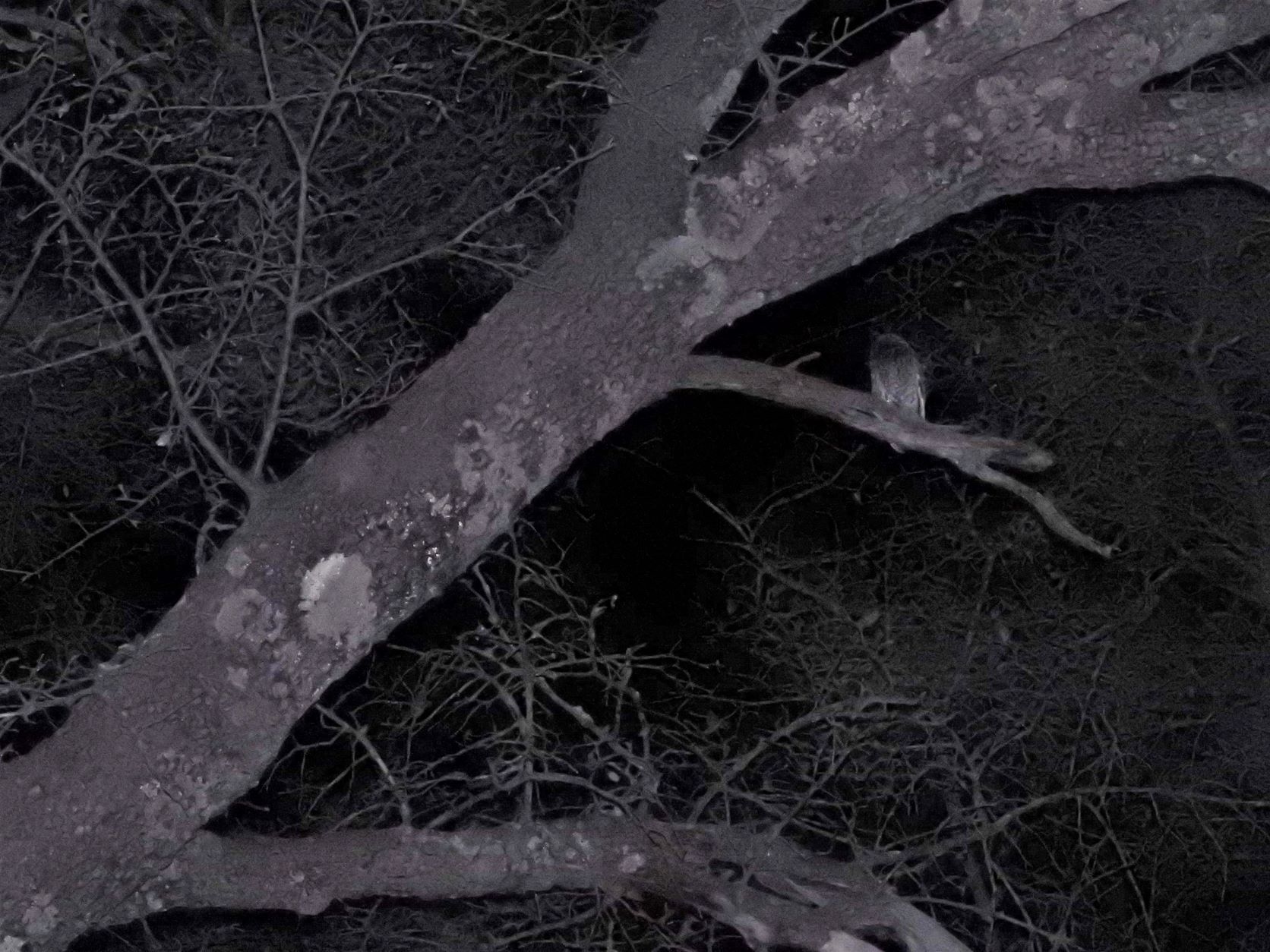 Matthew said a pair were calling in the tree, and he saw the second one fly off, but I didn’t—again because I was looking through my camera. I heard others in the distance. They have one call that sounds like Morse code and is pretty cool to hear. Their regular call is a series of even notes that doesn’t go up or down the scale much.

Like so many of the birds I saw this trip, the greater part of its range is in Mexico and it comes into the US only in southeastern Arizona. It looks a lot like a Western Screech-Owl, but with a splotchier breast and smaller feet. It’s also a little smaller, but that’s hard to tell when you’re just looking at one bird.

As Matthew drove me back to my place, we did see a Black-tailed Rattlesnake on the road. It had been run over and its head was crushed, but so recently that the body was still moving. 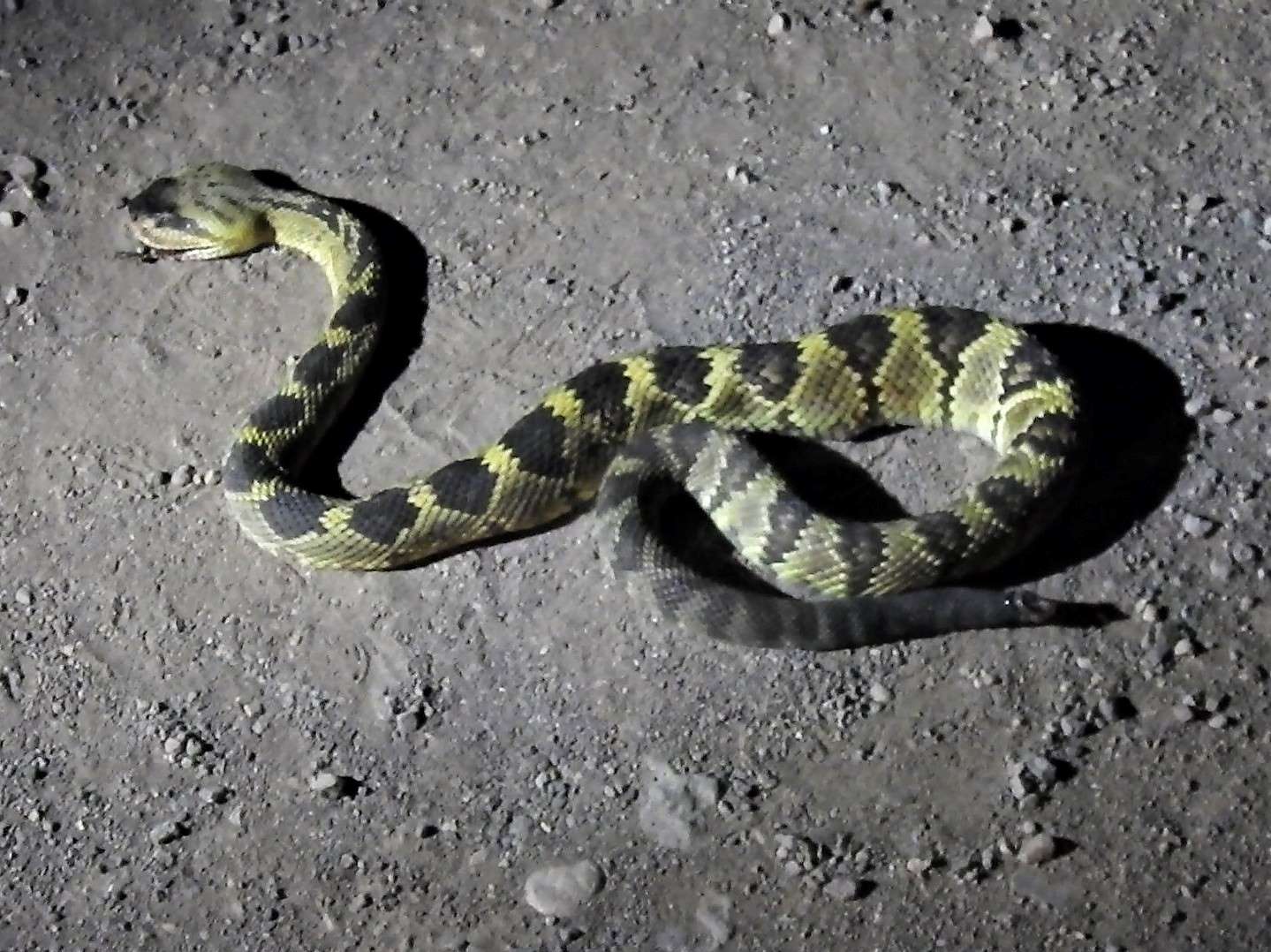