It was an overcast, chilly, unprepossessing day, and I had no greater ambitions than to crash for the evening. I drove past the pond on Black Squirrel Creek and saw a small flock of geese gathered around the one tiny opening in the ice. It occurred to me that some of them seemed rather small, and I wondered if they might be Cackling Geese.

Thirty yards further along, I turned onto another street. I spotted another small flock of geese walking along the sidewalk next to an office building. I thought, “Those are definitely Canadas.” But the split second that it took me to glance at them was enough for me to notice that one looked different. I made a quick U-turn and saw that I was right. A juvenile Greater White-fronted Goose was at the tail-end of the parade.

The geese walked across a parking lot and were foraging on a lawn. 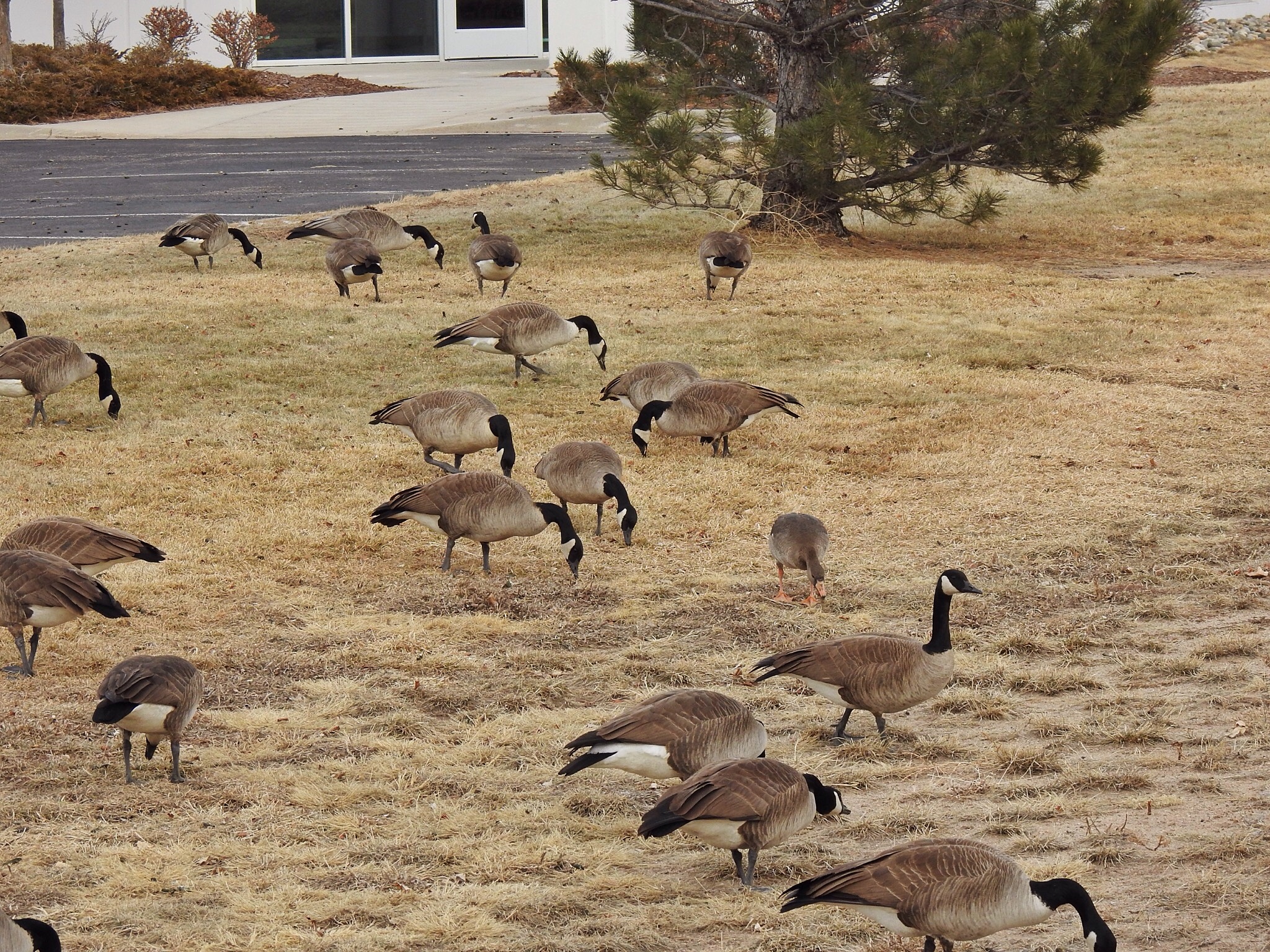 I walked slowly to get to where the little sunlight poking through the overcast was behind me and took photos for about 10 minutes. Greater White-fronted Geese aren’t so rare in El Paso County that birders will come from Connecticut to see one. But they are rare enough that sightings are added to the El Paso County Rare Bird Report. I’m sure the drivers of the cars passing me on Voyager thought I was a moron for taking photos of neighborhood geese, but then, they won’t get their names on the Rare Bird Report, will they? 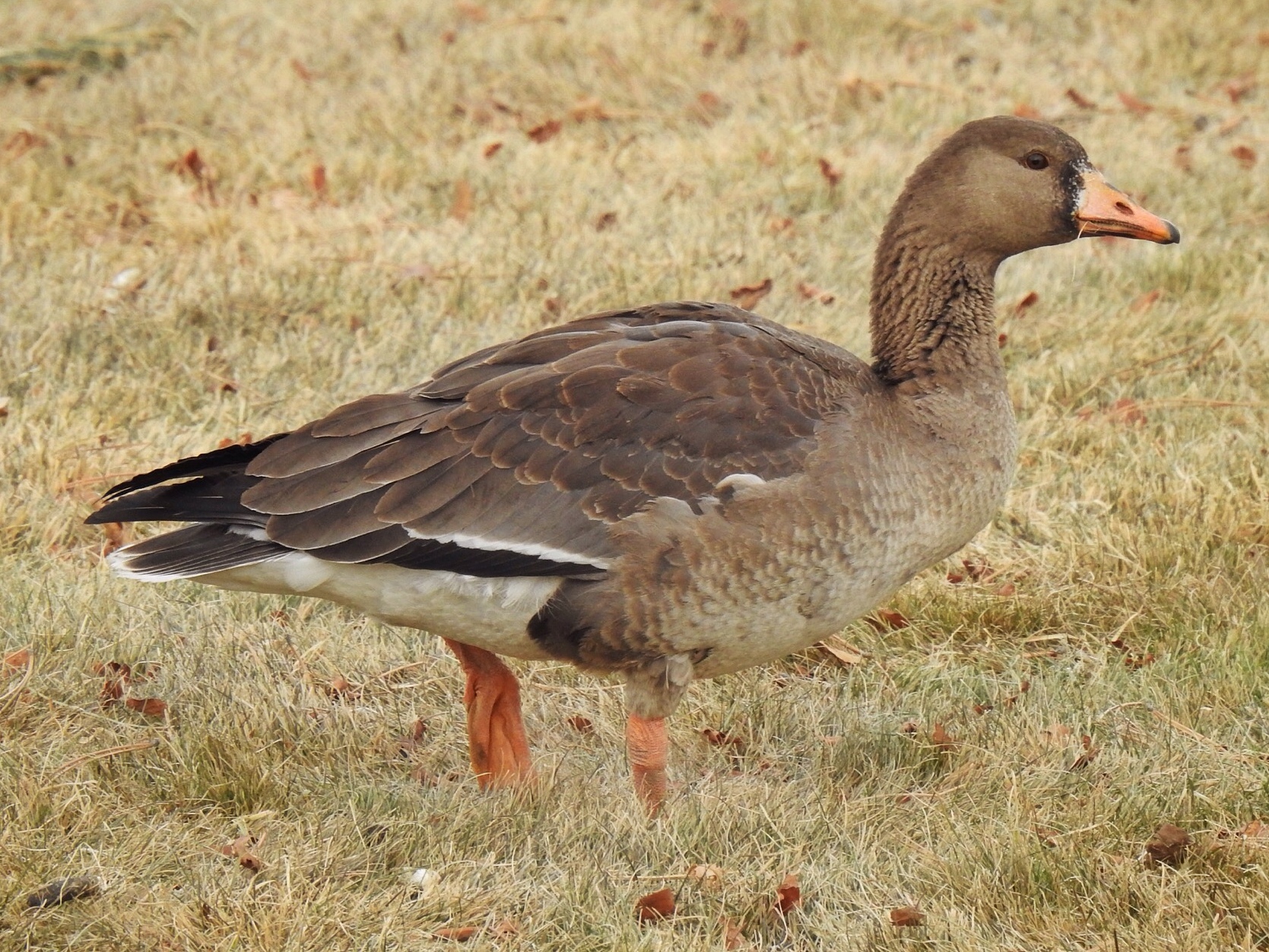 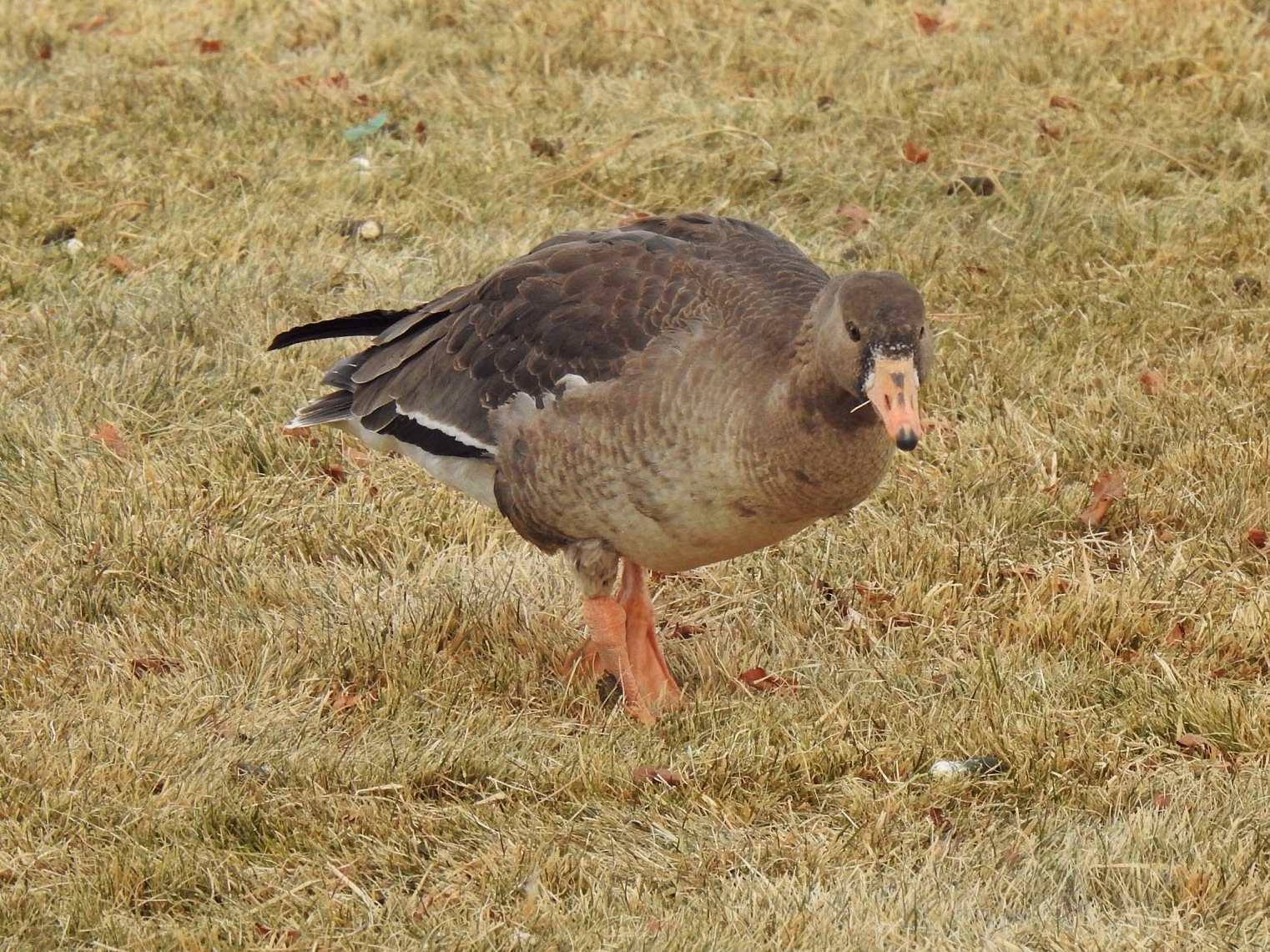 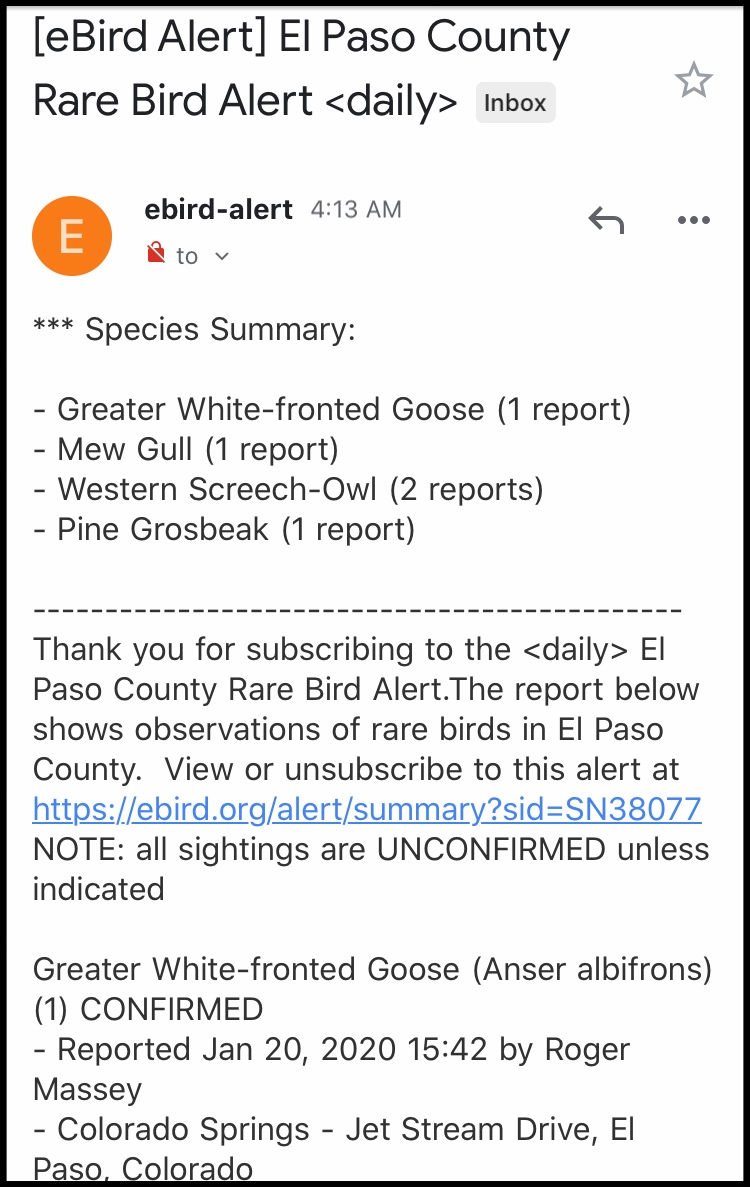