It was two years and one day ago that somebody first found the Western Screech-Owl at Clear Spring Ranch in extreme southern El Paso County. It would have been a lifer for me then, and I drove the 32 miles from my house to see it. I didn’t see it. Other birders kept seeing it, so I drove down again. And again. I knew exactly where it chilled at the entrance to its hole on sunny afternoons. I just kept picking the wrong afternoons. I even took time off work to see it.

Finally, about three months later, I saw a Western Screech-Owl. But not this one. I saw one somewhere else.

A year ago, this one was back in its spot. Or so other birders said. I didn’t have the same degree of desperation anymore, but whenever I was down that way, I stopped in at Clear Spring Ranch to look for it. I never saw it that winter either.

And then this past November, it was reported to be back again. I still needed a Western Screech-Owl for my El Paso County list, but more than that, I needed to see this owl. It had become something of an obsession. Already in 2020, I’d made two tries for it.

I tried again today, but this time was different. I saw the owl. After at least 15 tries over the past three years, I finally saw the owl. 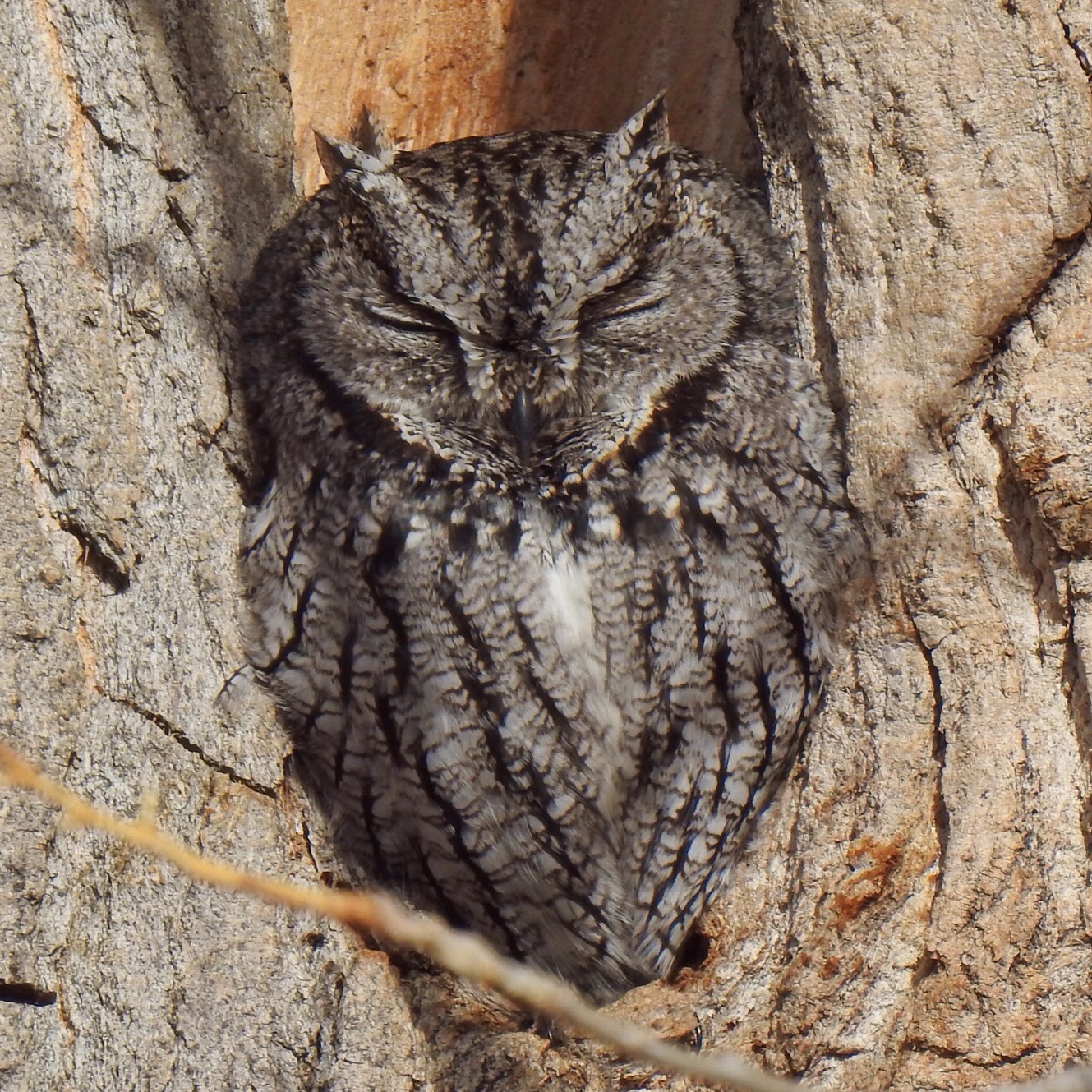 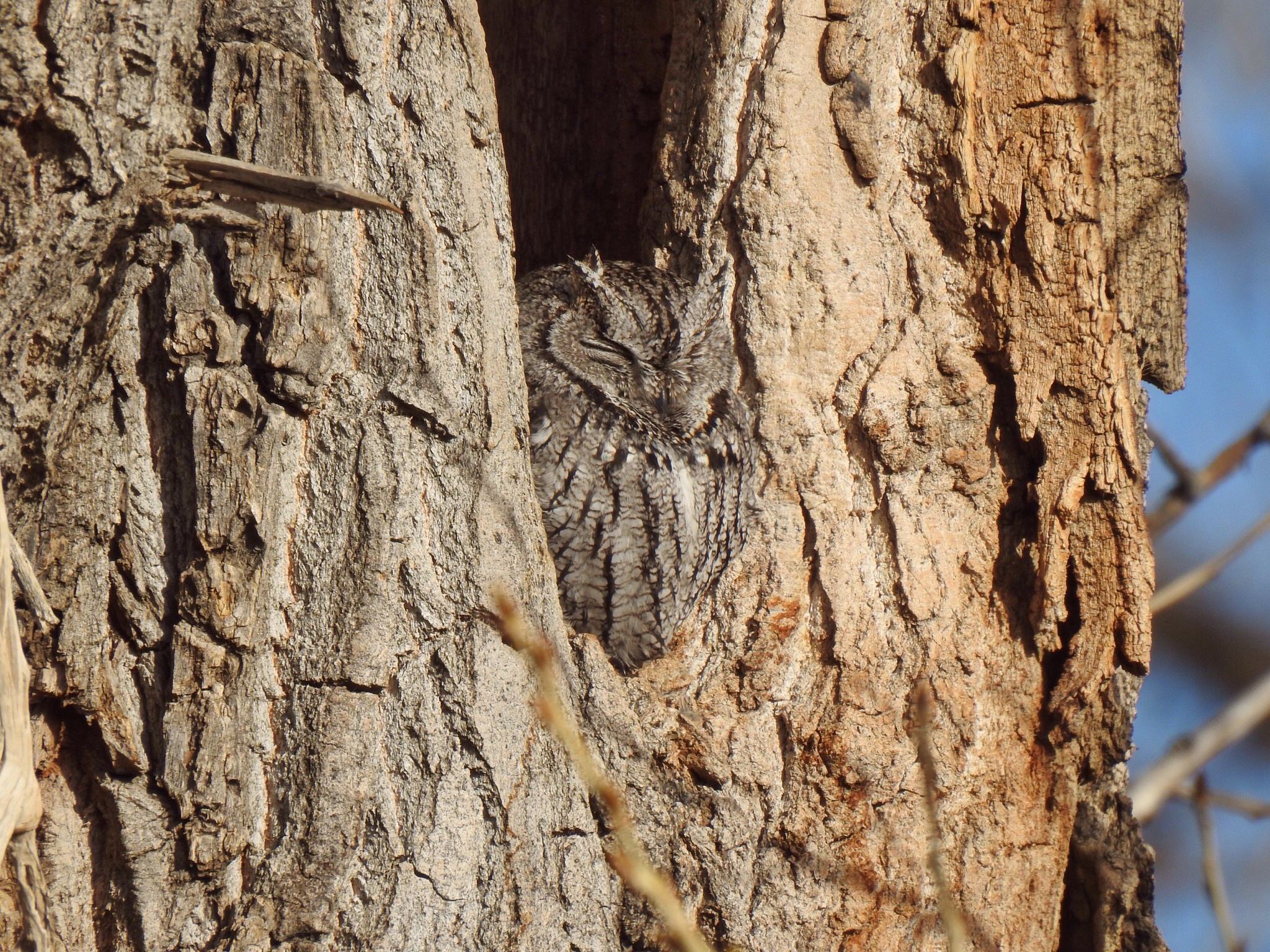 Now that you know what it looks like up close, can you find it in the tree? 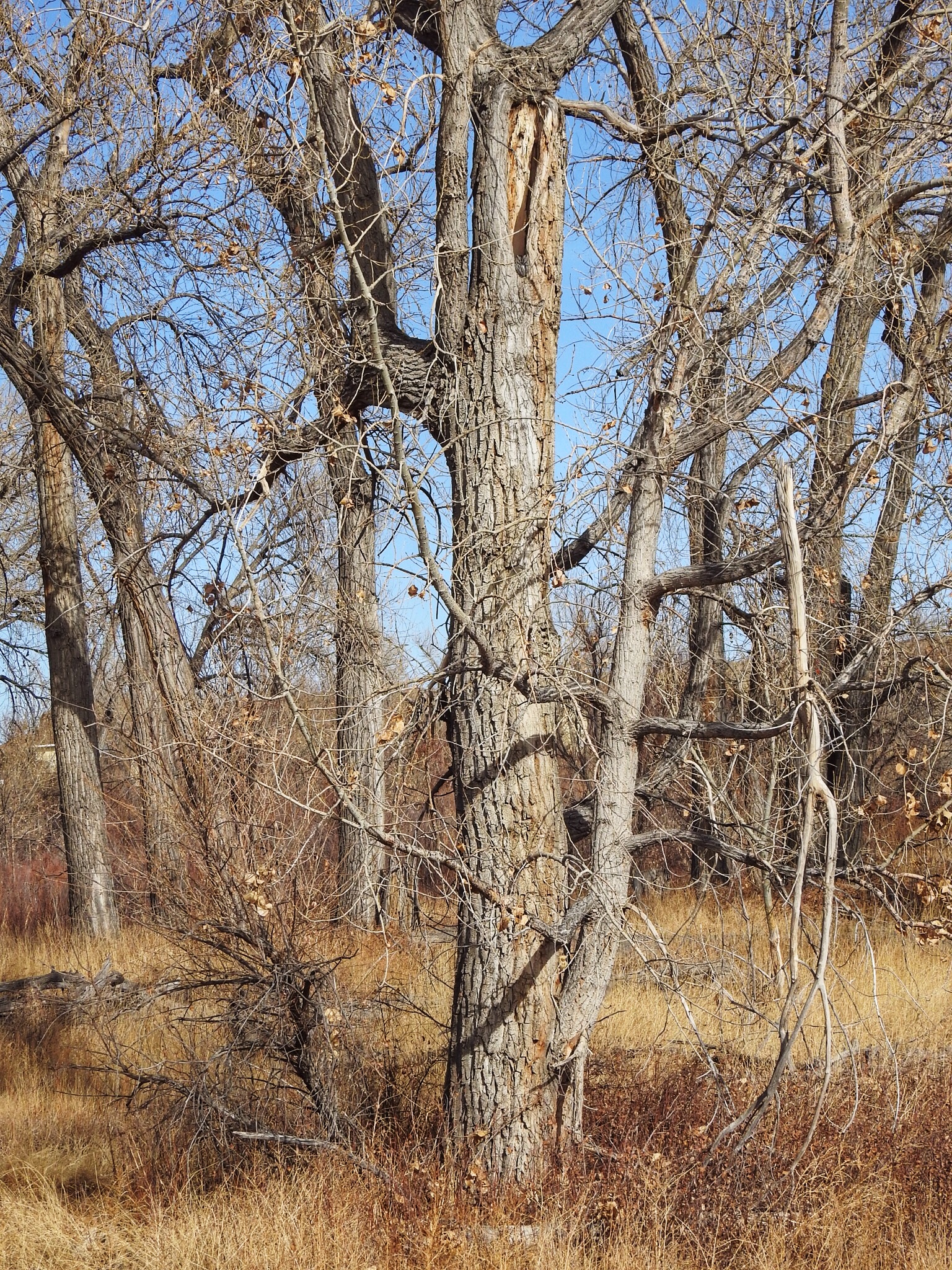 I wandered the trails nearby in hopes of scaring up something else interesting, like the Ladder-backed Woodpecker that’s seen there once in a while. I didn’t see it, but I did find another owl about half a mile away. This one was a Great Horned Owl. 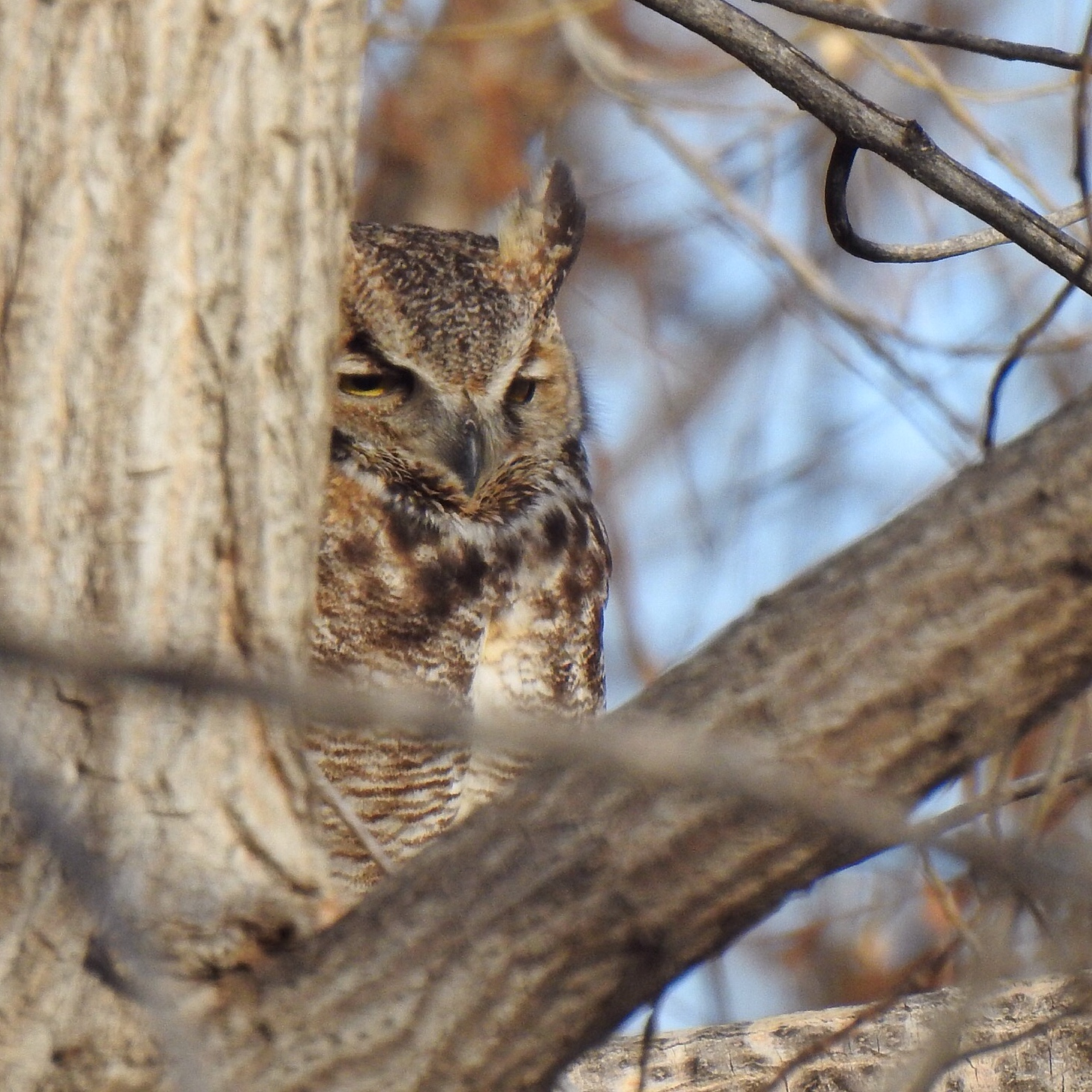 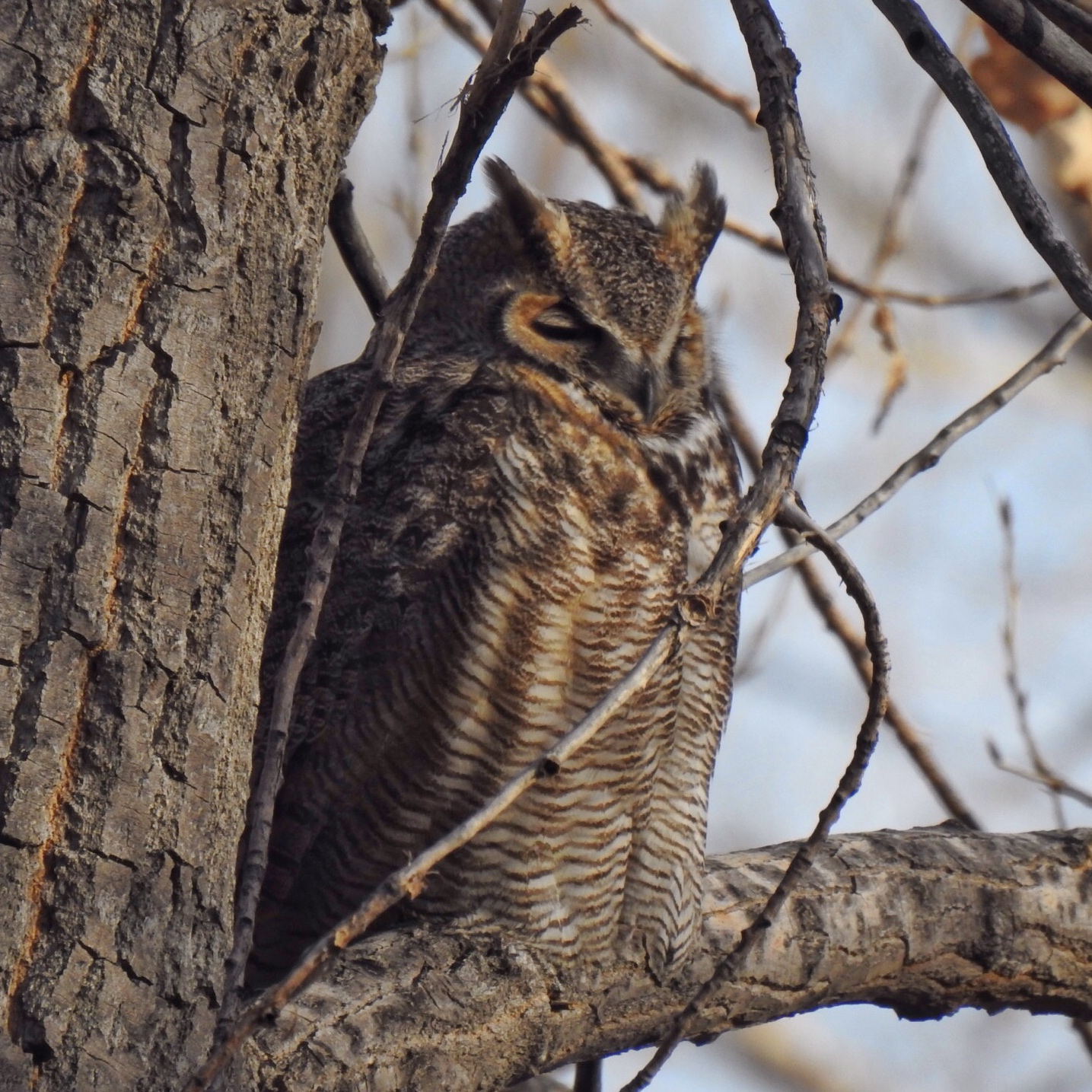