On the afternoon of Monday, April 4, I went to Garden of the Gods to see my first-of-the-year Prairie Falcon and Canyon Wren. I struck out on the wren, but the White-throated Swifts were back, flying around the rocks and occasionally dashing into holes in the face. I spent the better part of an hour trying to get decent photos—with unexpected success, all things considered. 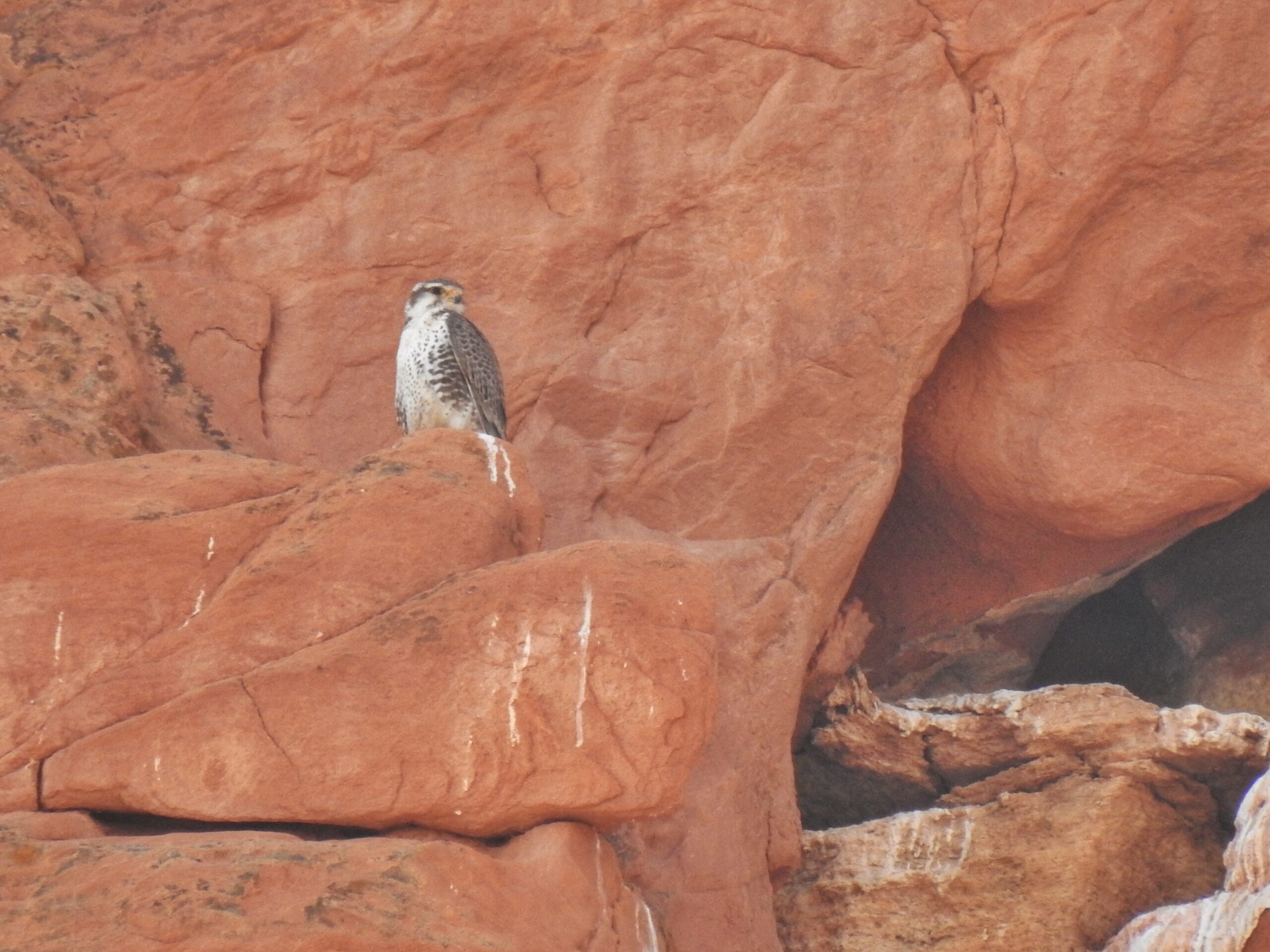 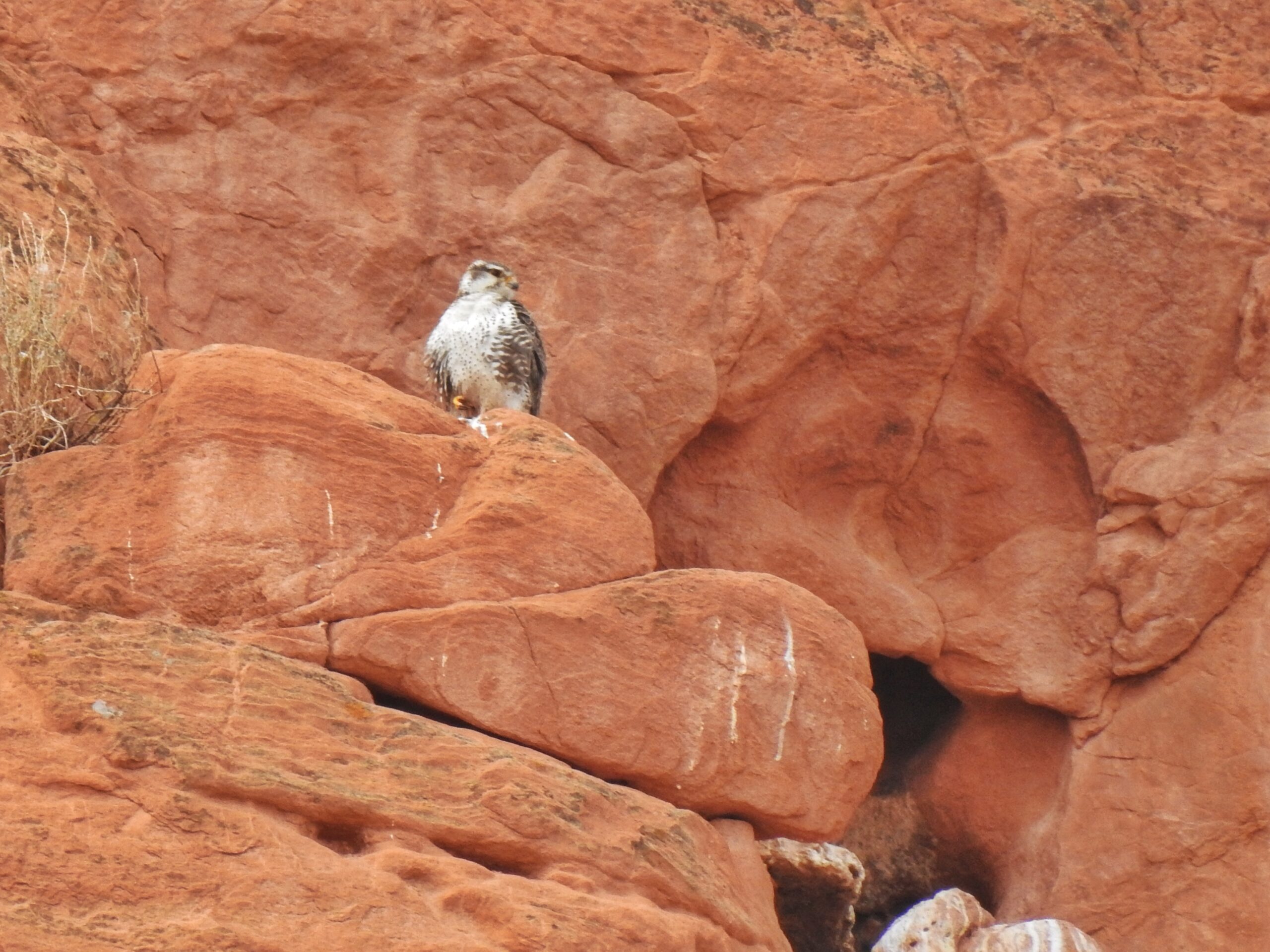 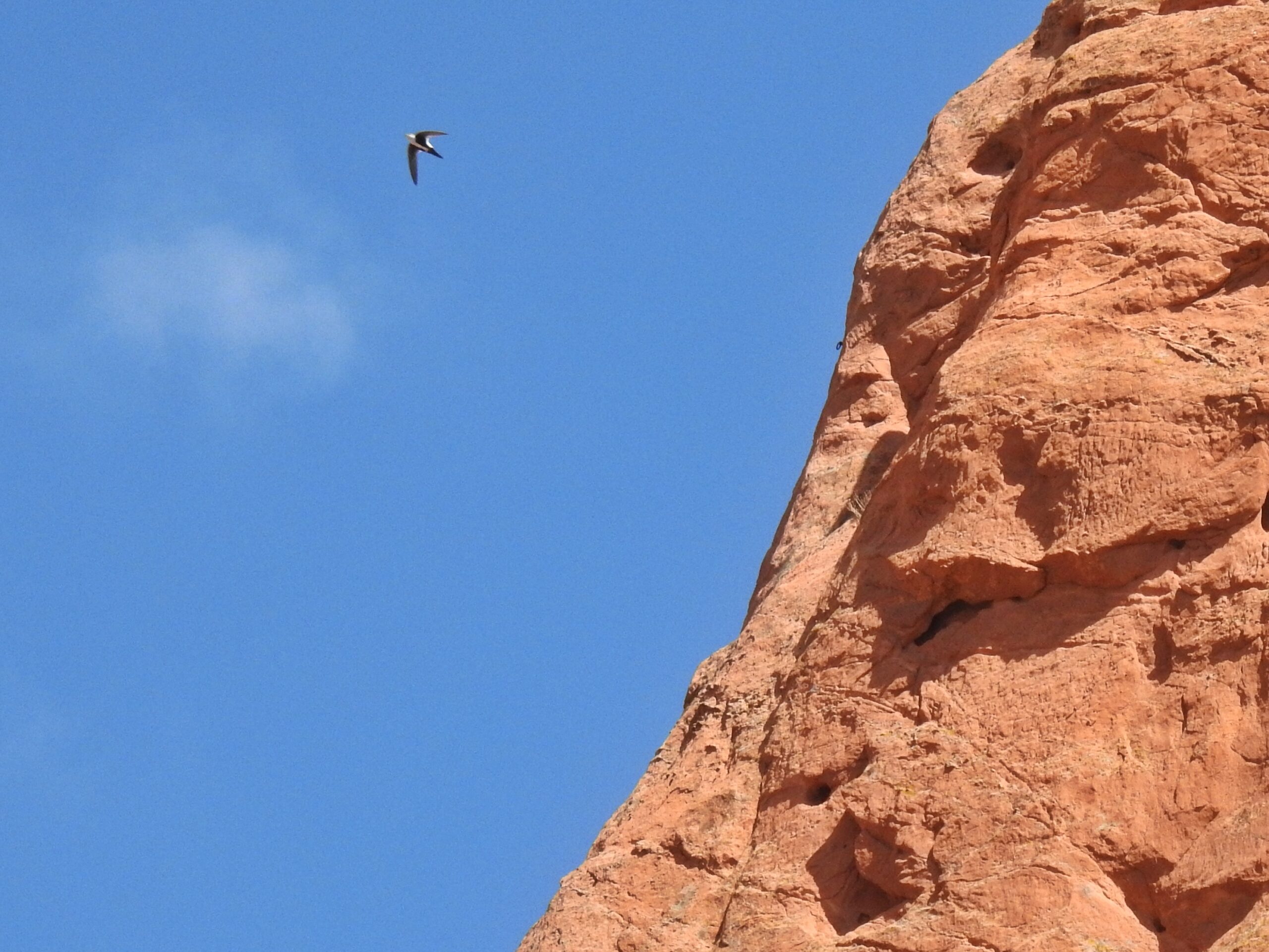 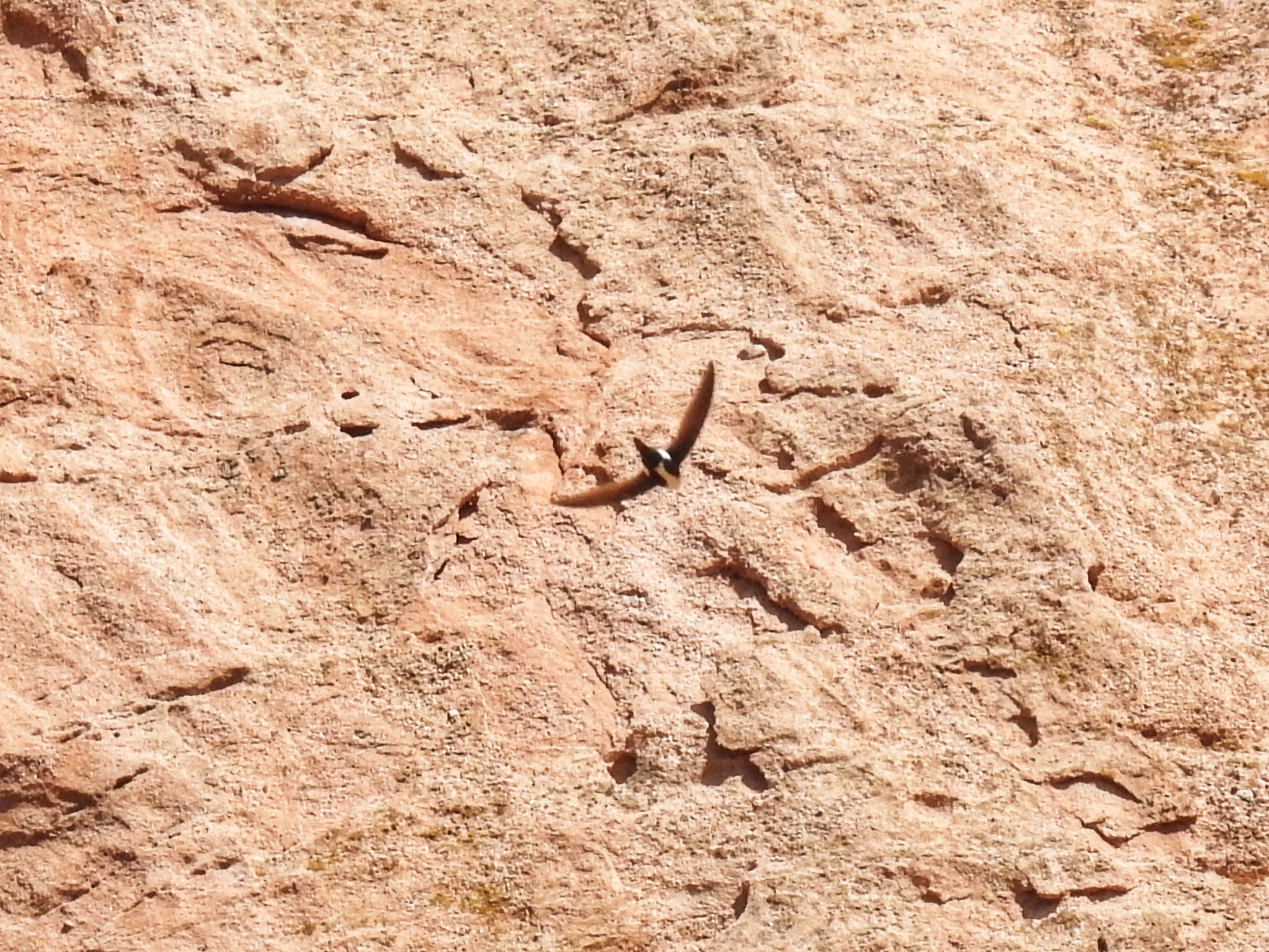 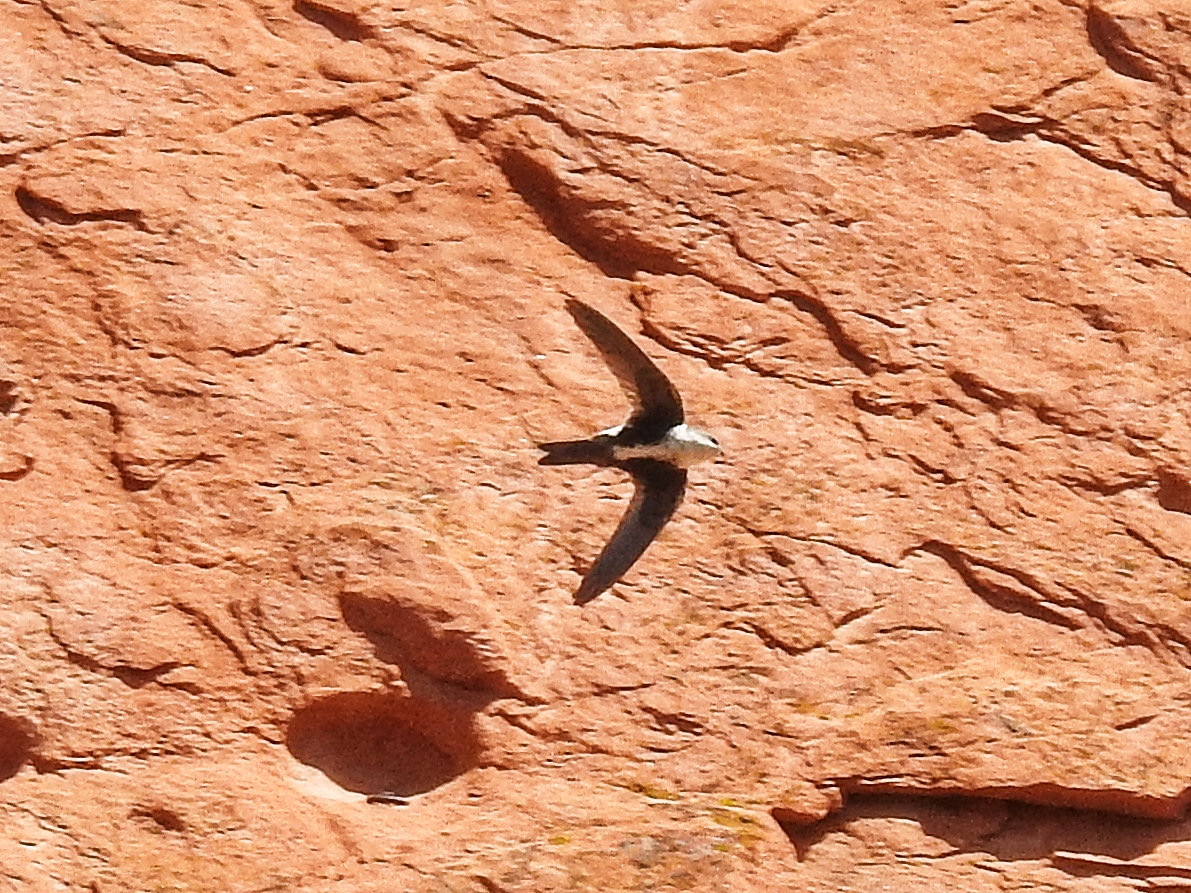 Woodhouse’s Scrub-Jay (I know I’ve posted photos of this species recently, but this particular bird hopped up on a rock wall eight feet away from me and posed. 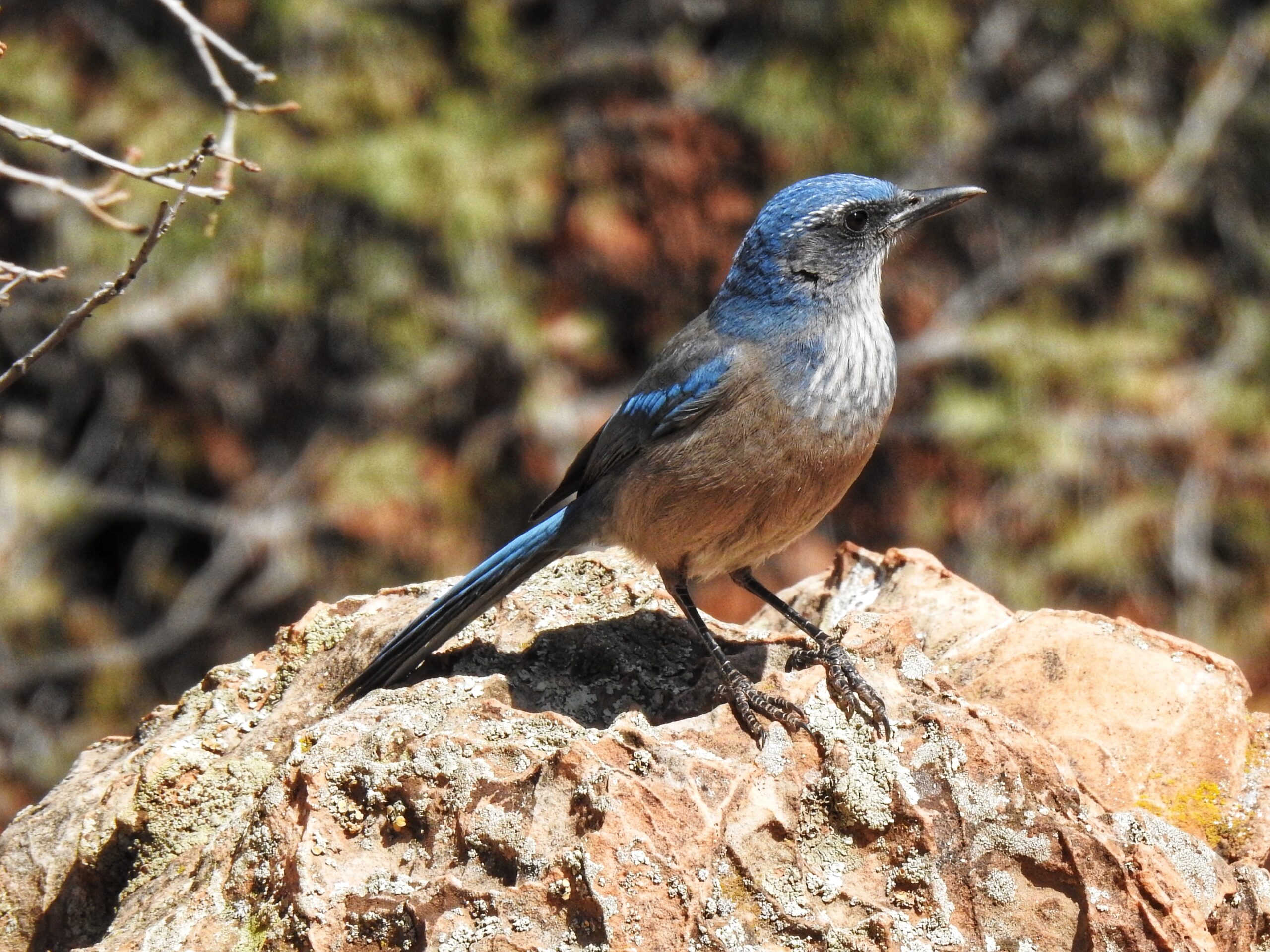 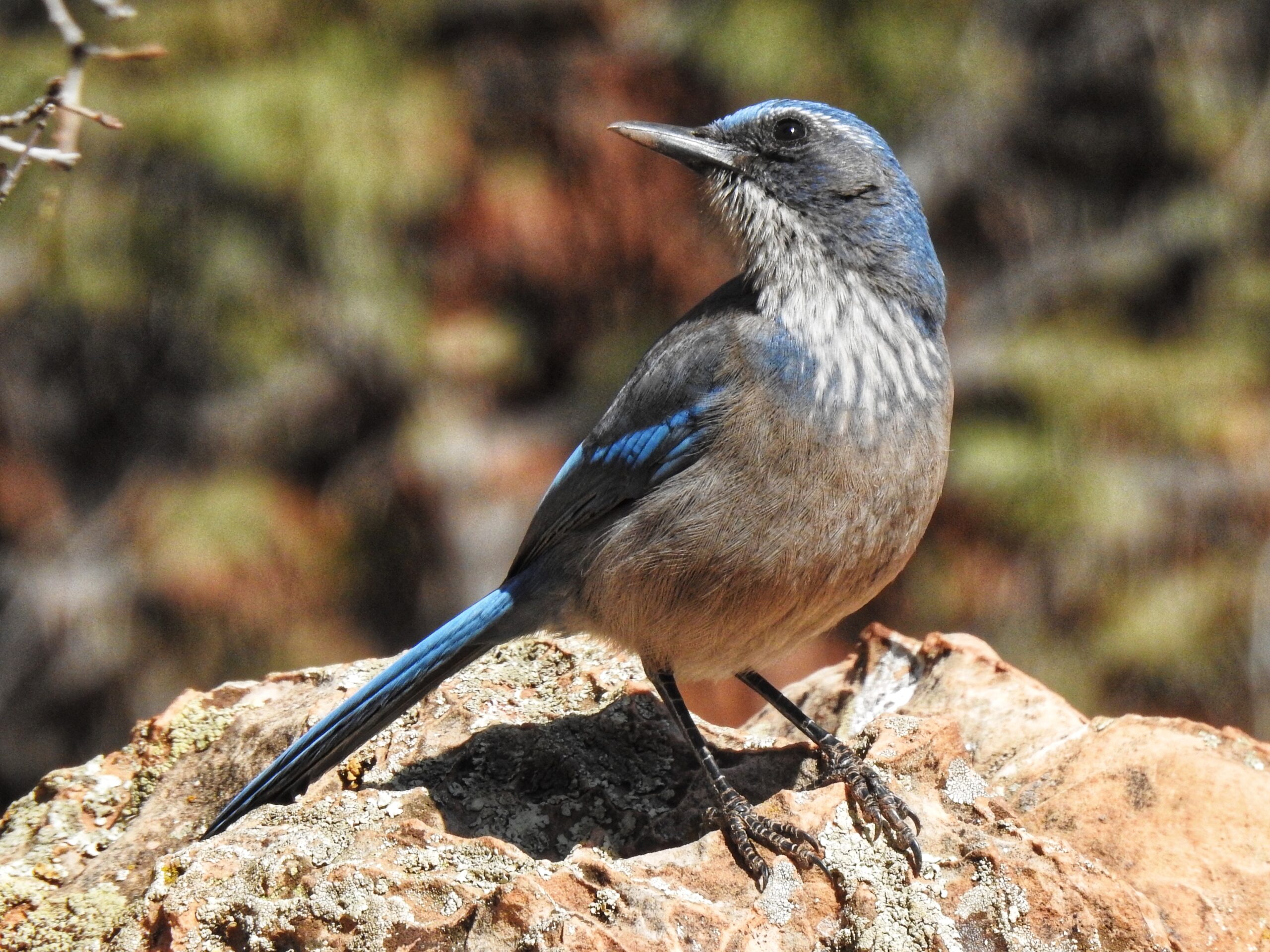 After several days of weather too windy to bird in, I took advantage of a pleasant day (4/8) and drove to Holbrook Reservoir, by Rocky Ford. I was hoping for lots of shorebirds, which there were, but I was also hoping for a lot of species, which there weren’t. The water was very low, making for a two-mile circumperambulation. I saw lots of American Avocets, Black-necked Stilts, Killdeers and Greater Yellowlegs and a few Long-billed Dowitchers, Lesser Yellowlegs, Long-billed Dowitchers, and Least Sandpipers. I also spotted a lone Snowy Plover. OK, I guess there were fair number of shorebird species. There were also tons of Green-wing Teals, Northern Shovelers, and Gadwalls. A couple huddles of White Pelicans stood (yes, stood) in the center of the lake, and a fair number of Ruddy Ducks and Lesser Scaup and a single Canvasback swam near the center.

Two Greater Yellowlegs with a Black-necked Stilt in the middle. 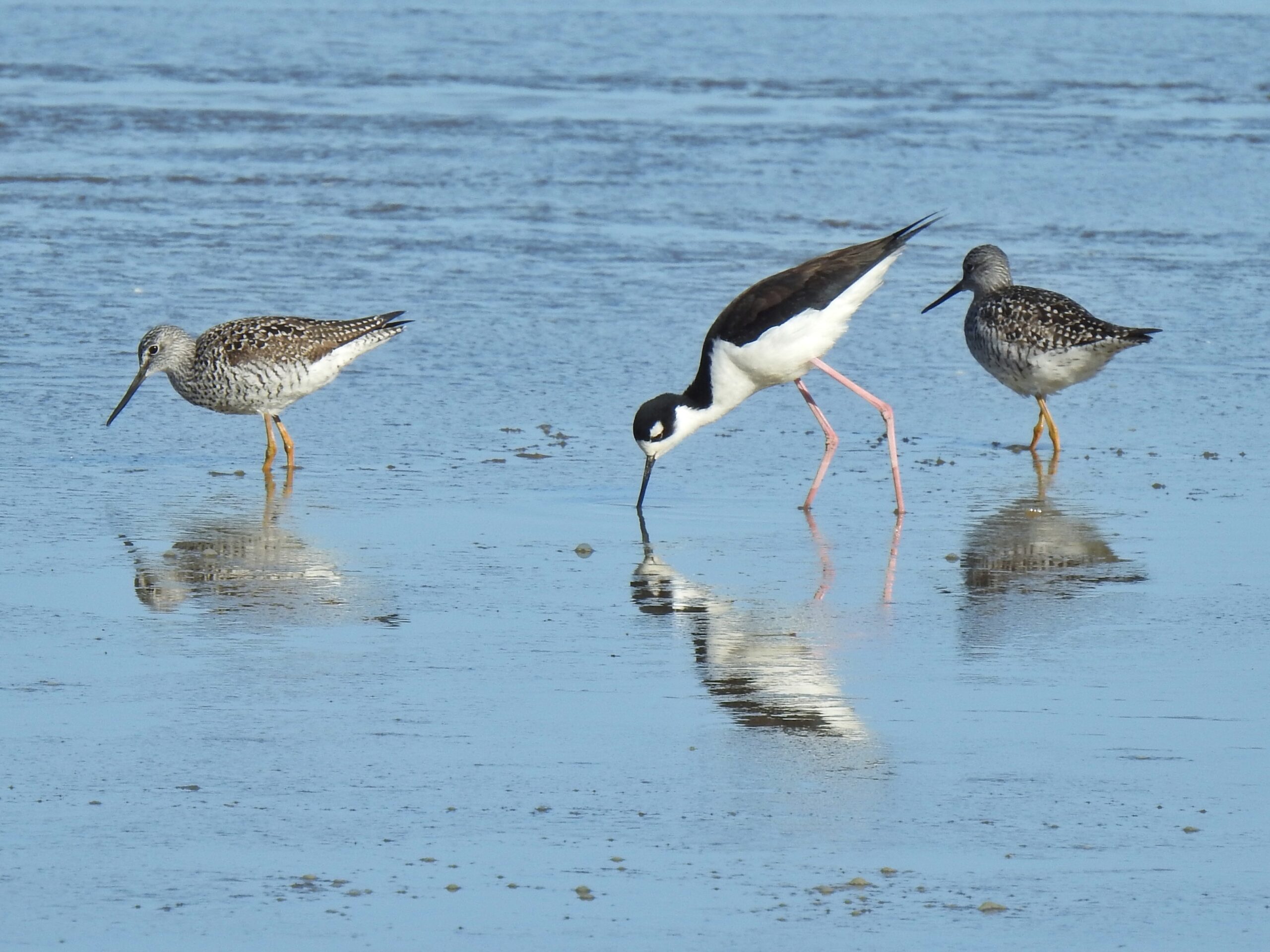 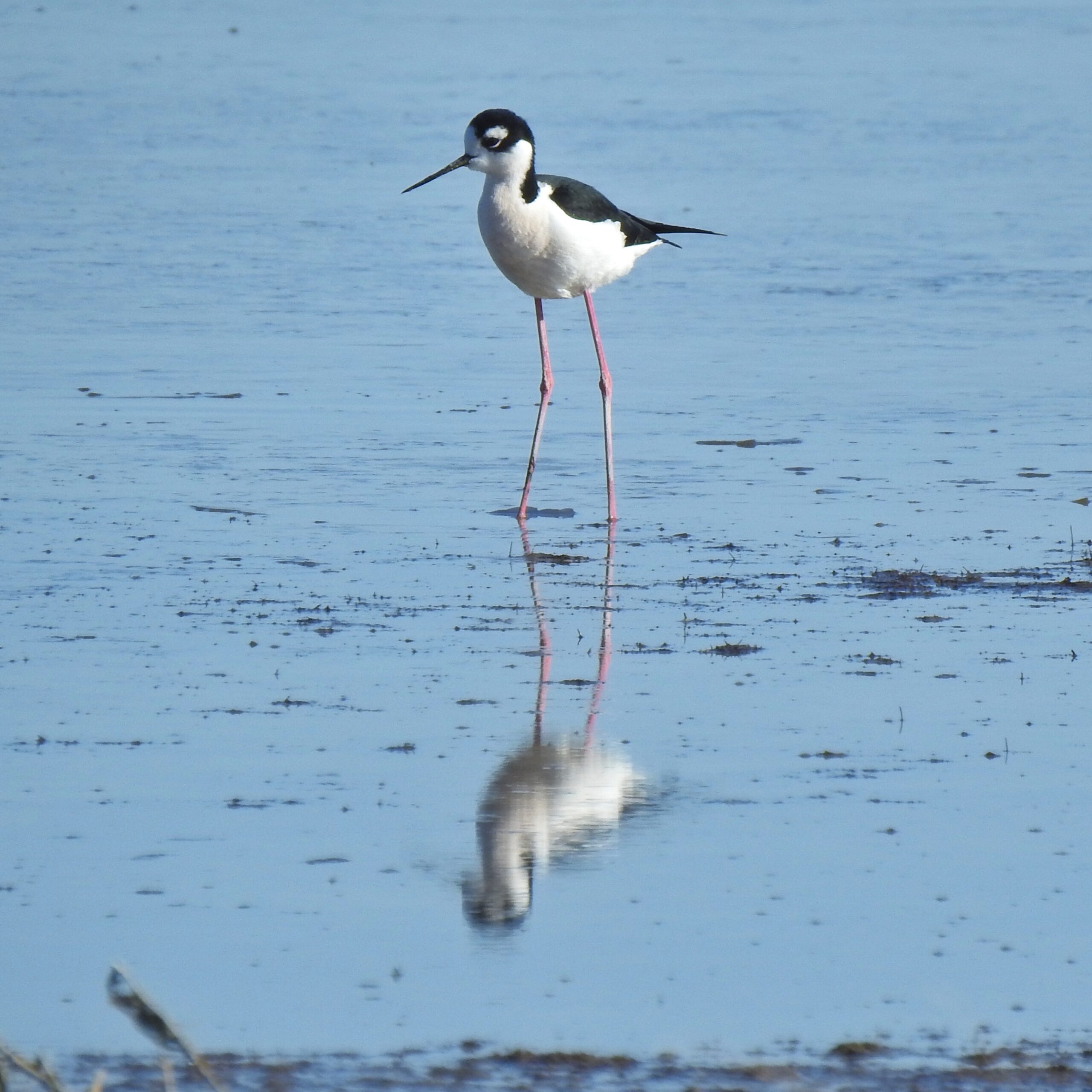 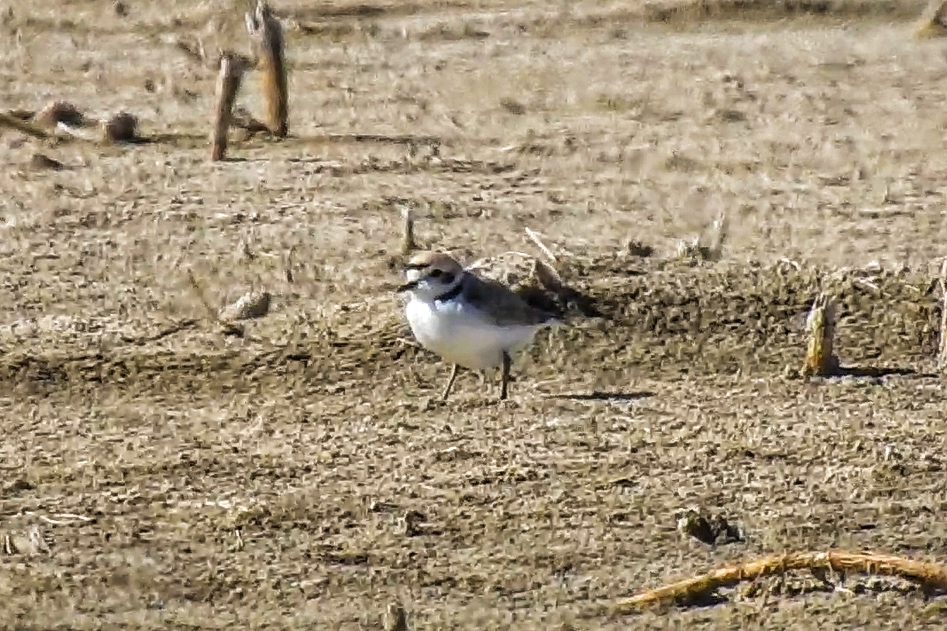 I drove north to Lake Meredith, where I’d never been before, but except for a couple pelicans way out, the lake was empty. Nearby, I spotted an immature Bald Eagle in a tree right next to the road. 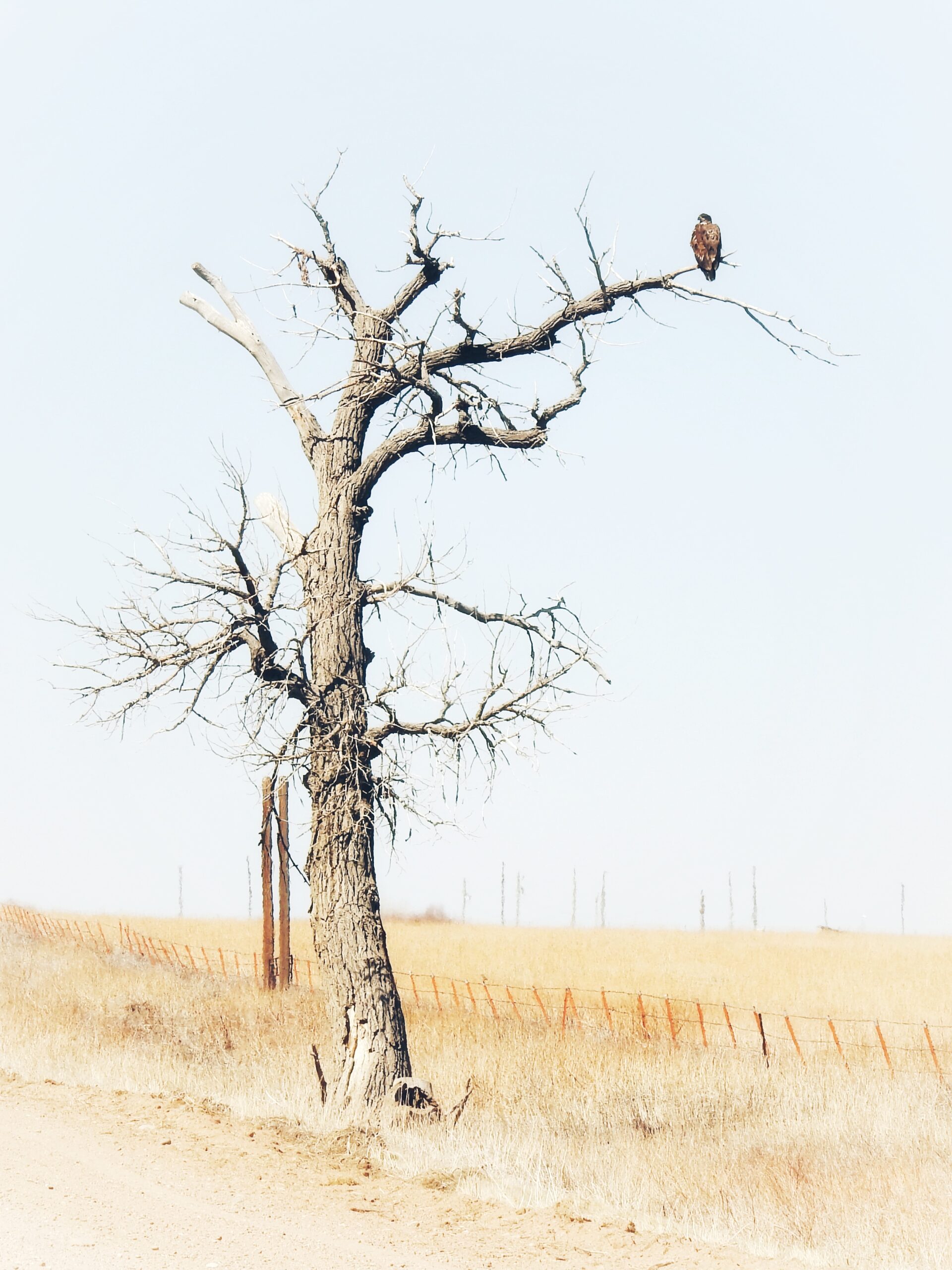 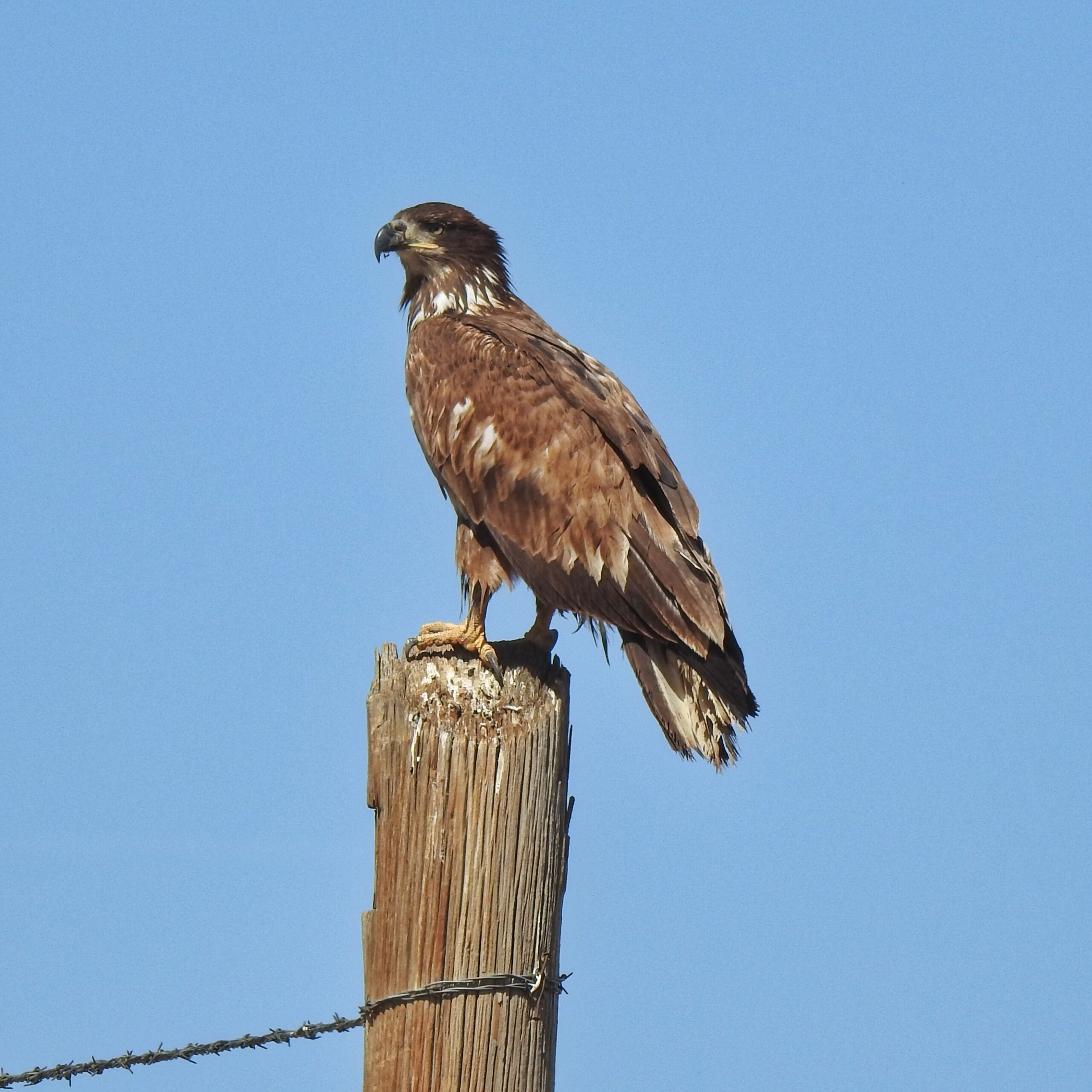 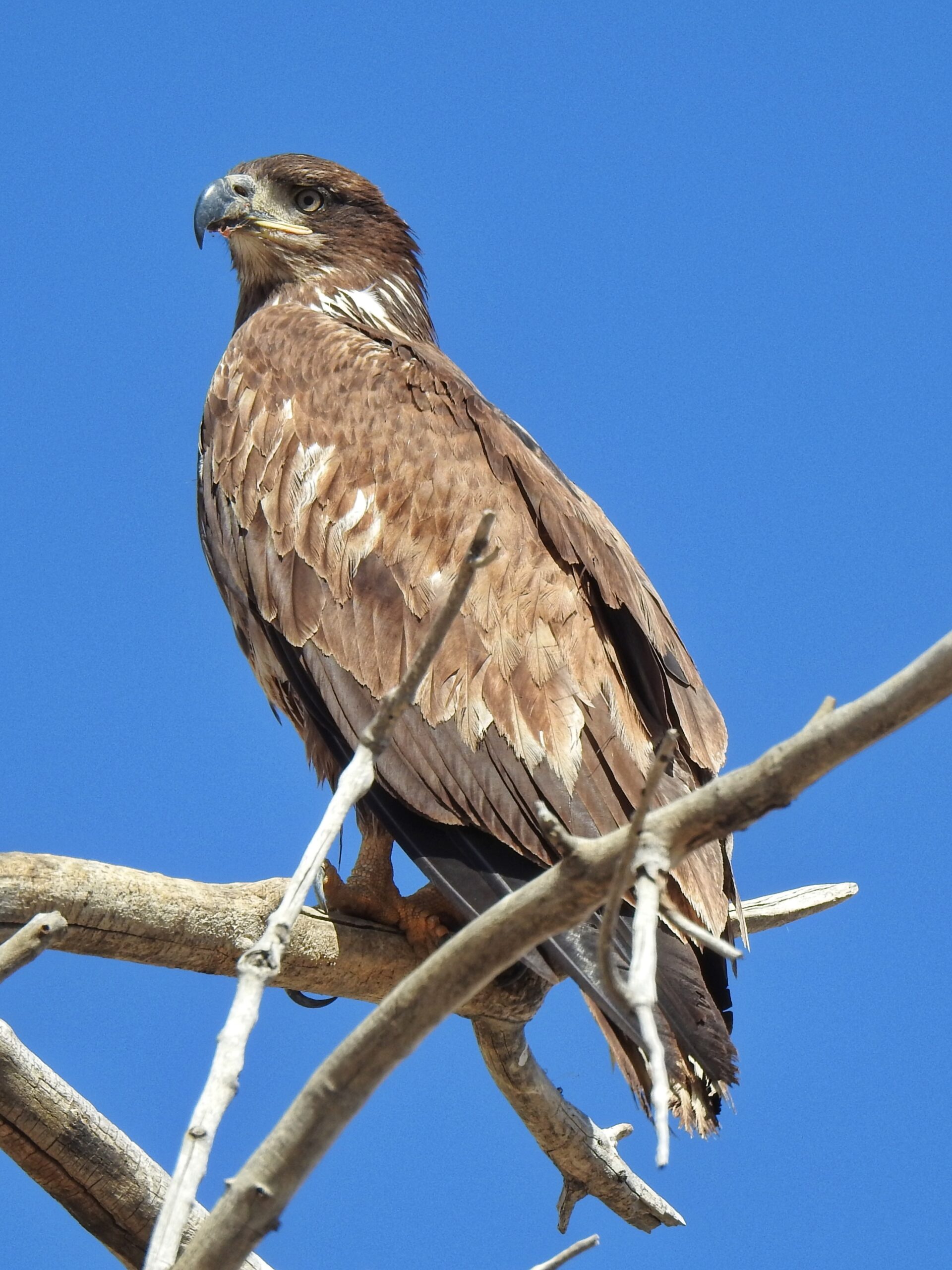 I ended at Lake Pueblo, but there was very little activity there except a chubby Bobcat (which I saw once before) that wandered out of the woods onto the path about 20 yards ahead of me and then ducked back before I could get a photo.