I drove south to the tiny community of Pryor to look for a Hepatic Tanager in the same spot where I saw my lifer (and only, to date) one a couple years ago. Other birders have reported it from there lately. I wandered the area for about an hour and a half and didn’t get a hint of it. I did make friends with a Northern Mockingbird that sat in a small tree and sang quietly to me. 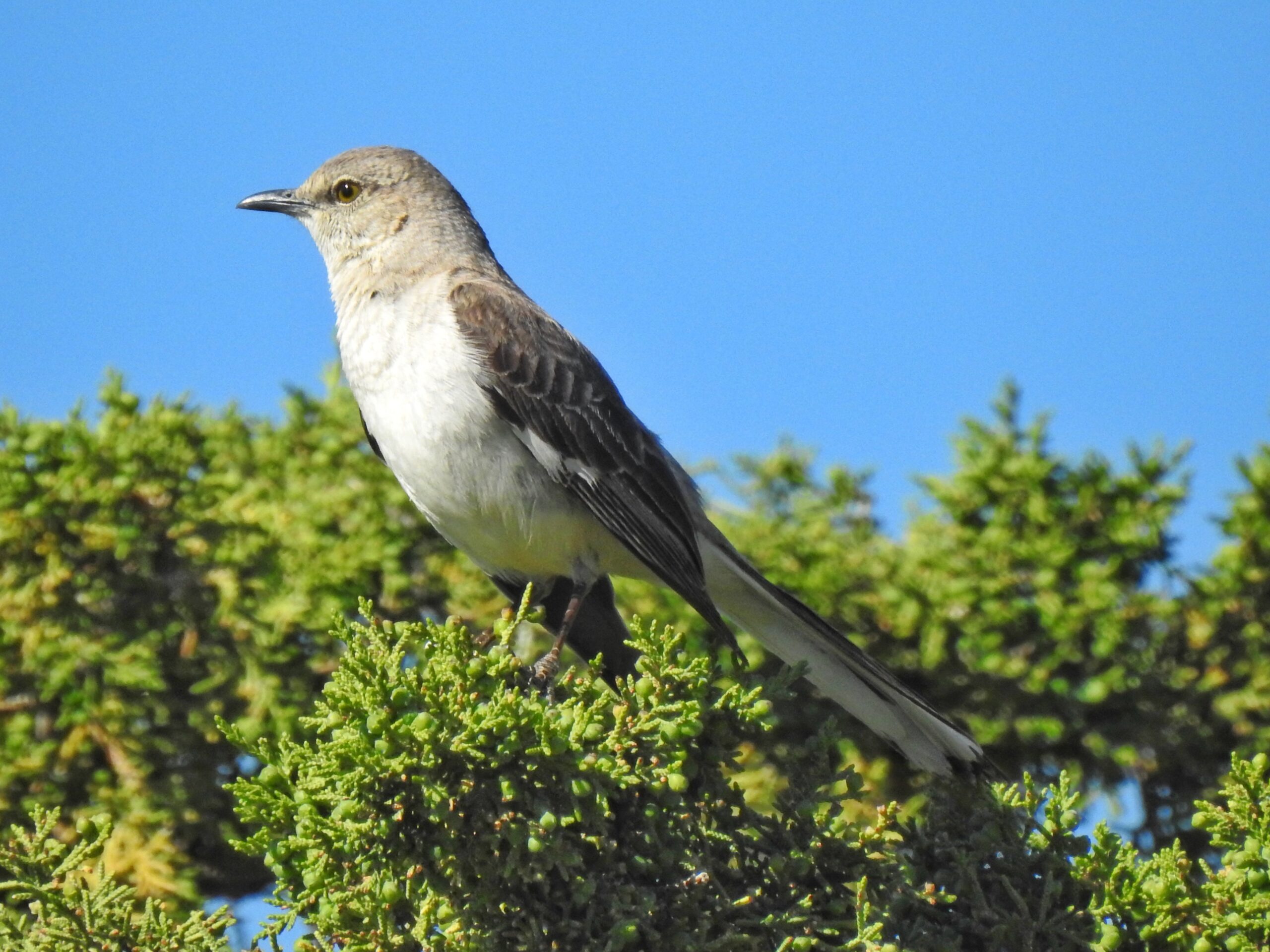 I drove the back roads in the area to see if anything else interesting was around. I didn’t se much besides an impressive view of Spanish Peaks. 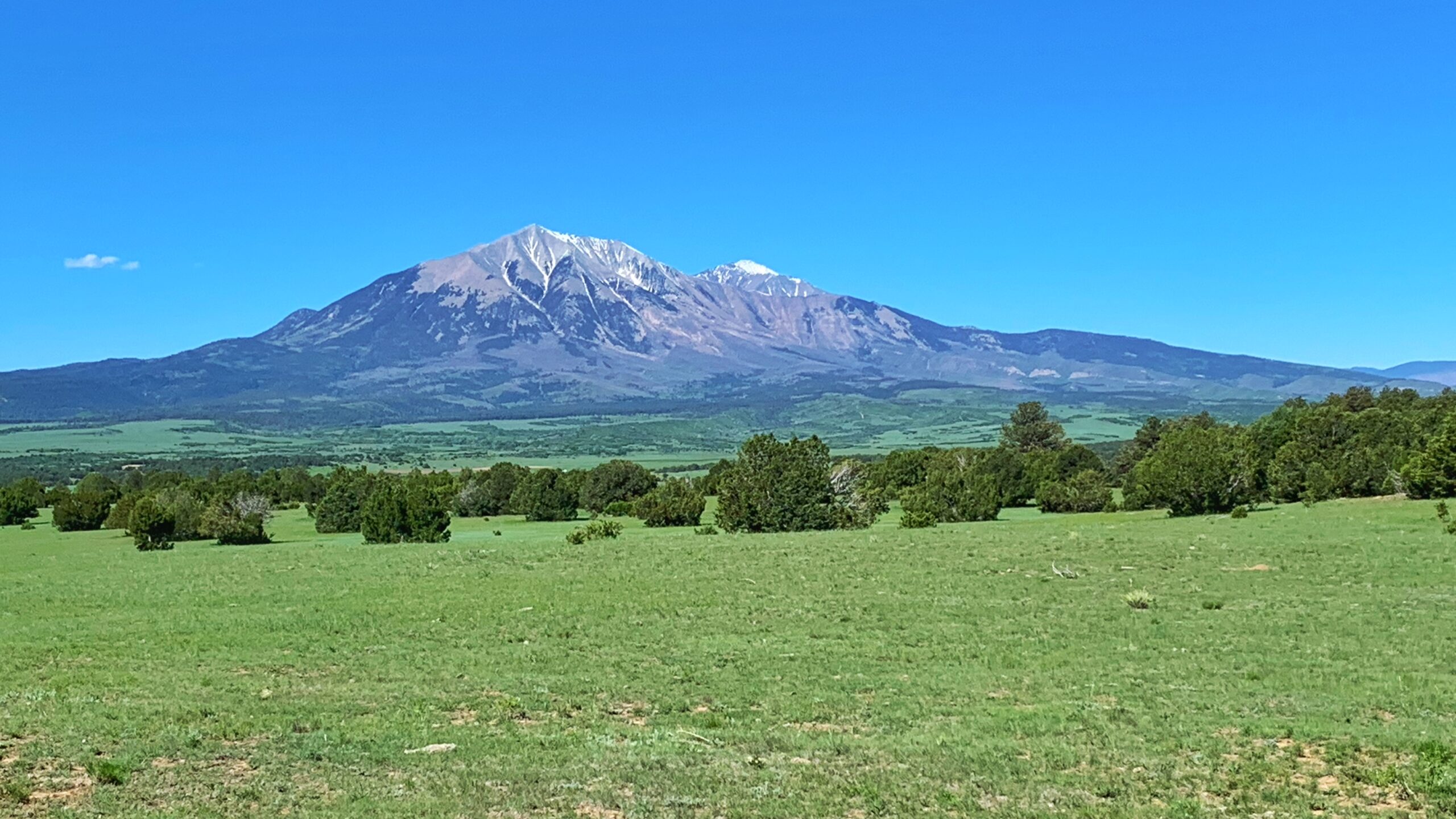 When I got back to my original spot, there was another birder there looking for the tanager. He hadn’t seen it. He suggested I try the other spot where he’d had good luck—and then he gave me directions and a description of the exact spot where we were standing. I looked on eBird to see if there was another place where the bird had been seen lately—and there wasn’t. I was at the only spot, and so was he. I have no idea what he was thinking and couldn’t help wondering where he thought he was.

From there I drove to Pueblo Mountain Park where Grace’s Warblers are supposedly resident. I’d only seen one of those too. I hiked and drove around the park for about three hours and again didn’t get a hint of one. I did have an interesting experience. I hiked the Devil’s Canyon trail and came to a narrow spot where a small waterfall filled a notch between two cliffs. There was clearly no trail through the area, but there was also clearly not enough room for the trail to go elsewhere. I checked the map and saw that the trail was marked through the canyon, so I gingerly edges along one wall, depending entirely on hand-holds to keep from falling. Had I slipped, I would have slid down the steep rock wall to the waterfall. At worst, I probably could have broken a leg or sprained an ankle—my life probably wasn’t in danger. But getting out of there would have been a challenge with a bum leg. It was stupid, but I was proud of myself for making it through. When I got to the other end of the trail, the sign said “Dead End.” That definitely wasn’t on the sign in the direction I came.

Anyway, the park was pleasant, as was the surrounding area. It was very green for Colorado, with tall pines and long views. 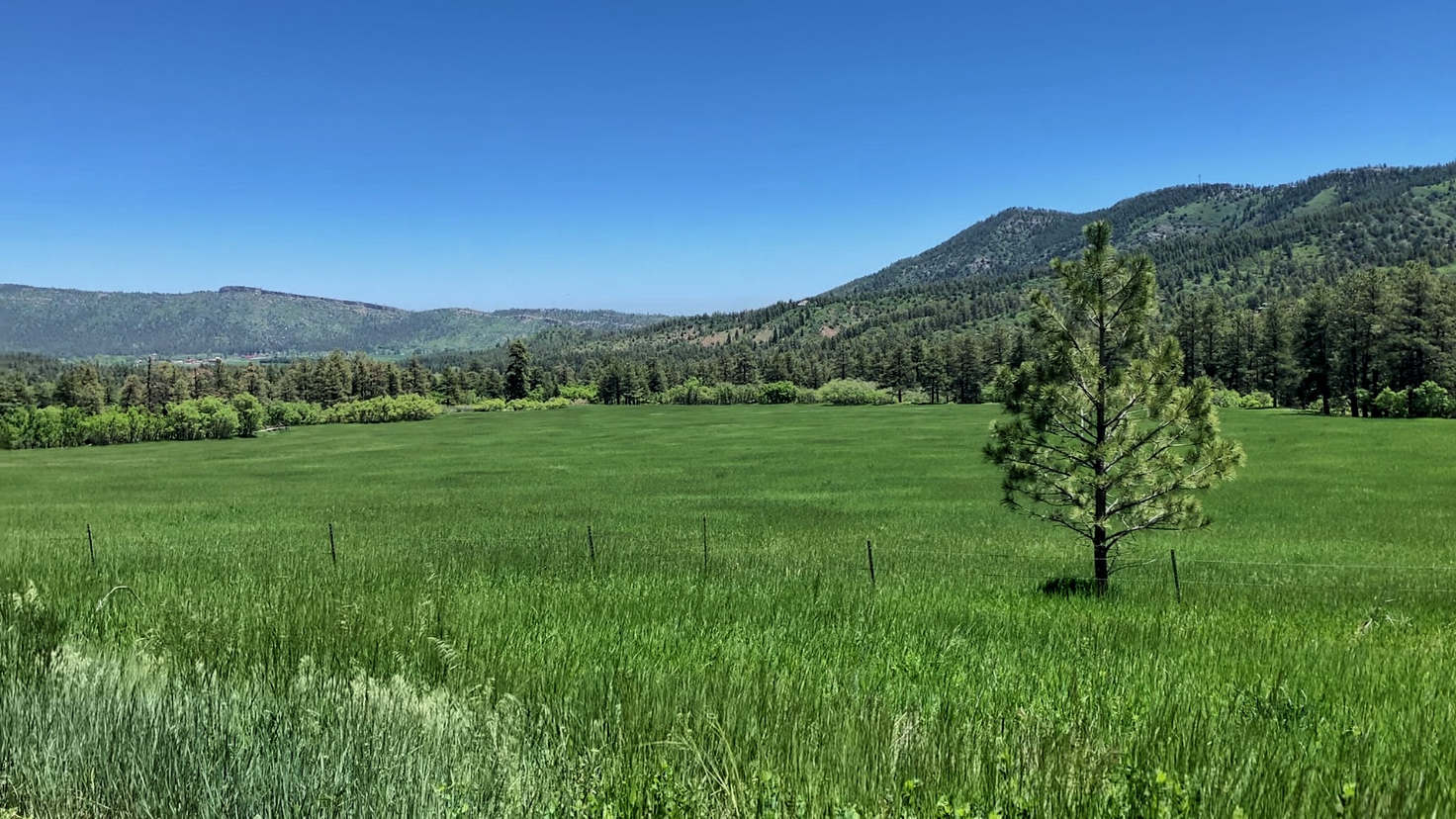 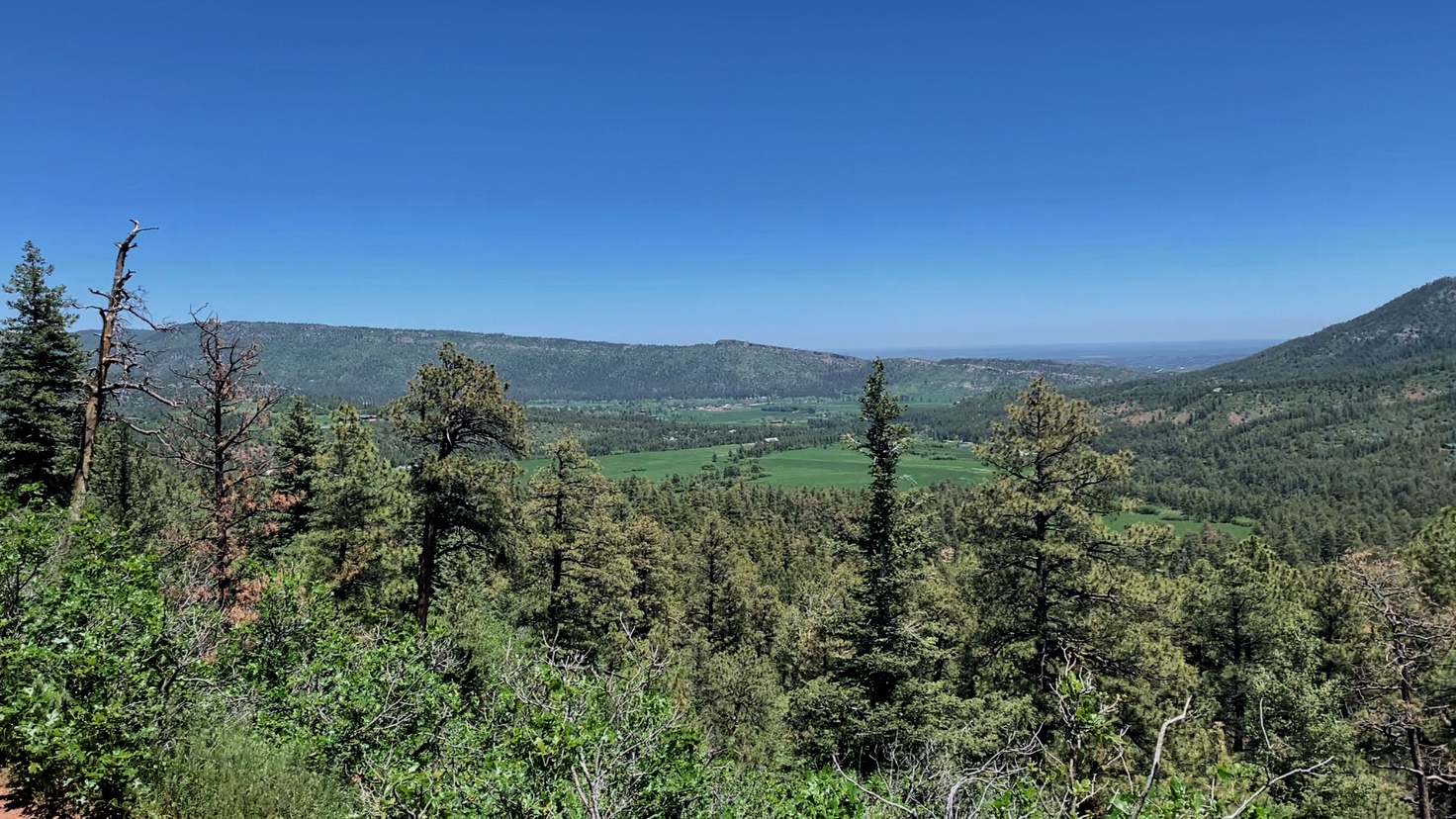 But in three hours, I only saw 10 species of birds.

I headed for home, stopping in Fountain to look for a Bobolink that has been seen there recently. This would be my first for the state. I found it way out in the field, but I waited patiently knowing that this may be my last every chance for a photo. It, or another one, came over and perched on a fence post for a couple minutes. 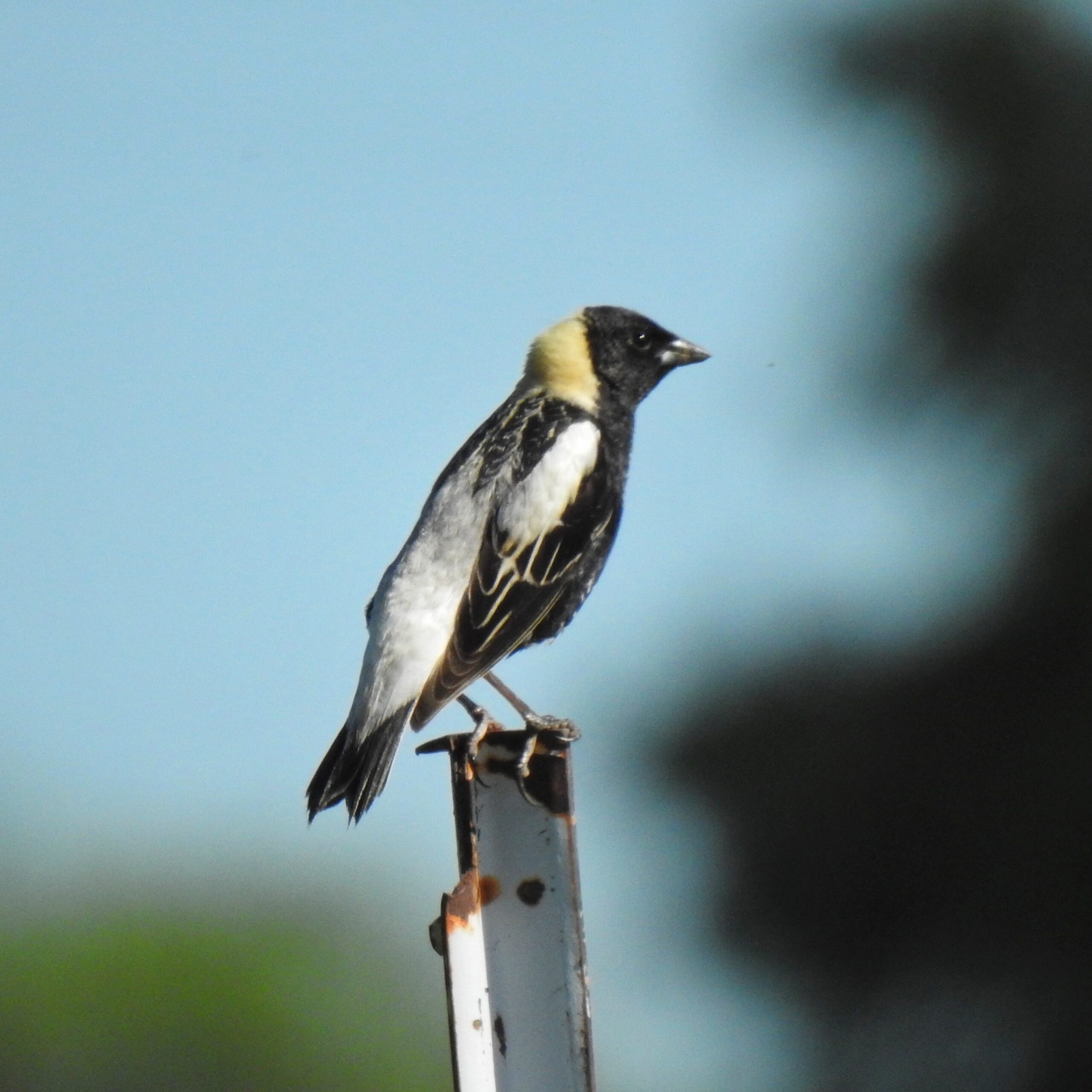 A White-tailed Deer fawn walked across the road in front of my car, followed by a very tiny fawn that was unsteady on its feet, probably because it was only hours old. It missed a gate by about a foot and tried to squeeze its way through a fence. I thought it was stuck, so I pulled over. It had managed to make it through. I took a quick photo, then left it alone. The doe had run off when I got out of the car. I can only hope she came back. 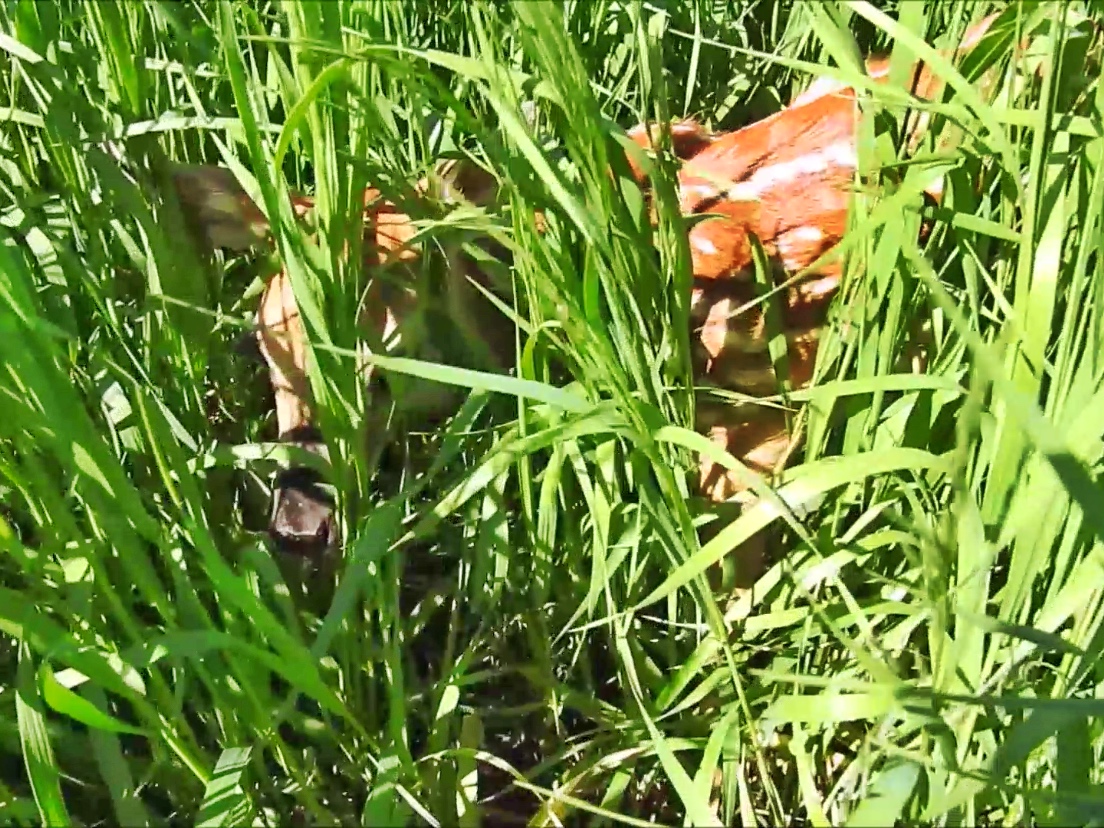 The Bobolink and fawn were the highlights of the day, and they came at the very end. But I enjoyed the scenery and the hiking and the few birds I did see.