We picked a hot weekend to explore our new home state. On a Friday morning, we headed west through Bighorn Sheep Canyon, over Monarch Pass, and along Blue Mesa Reservoir to Black Canyon of the Gunnison National Park. In Curecanti National Recreation Area, we pulled over to admire the Dillon Pinnacles across the Gunnison River. 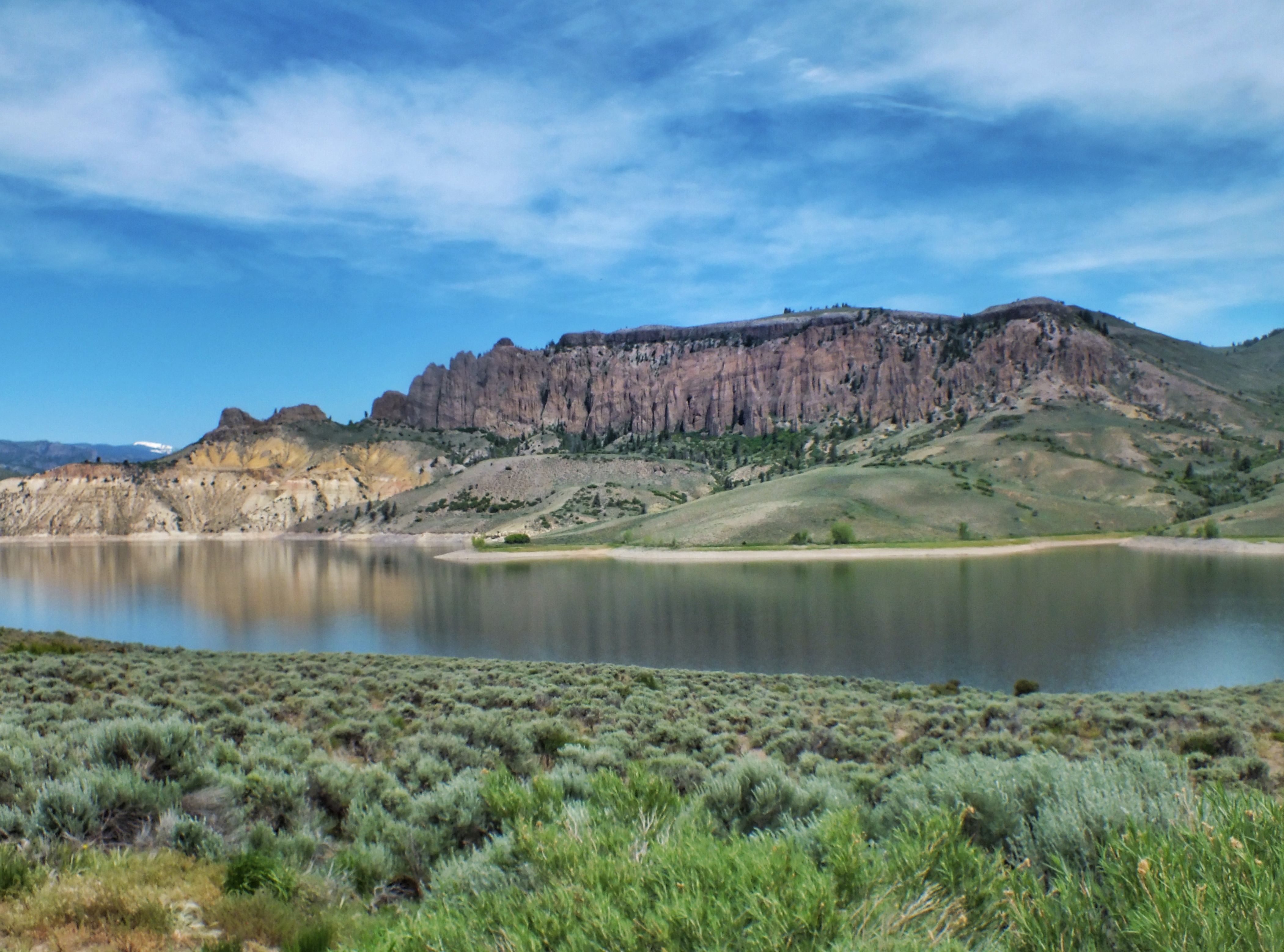 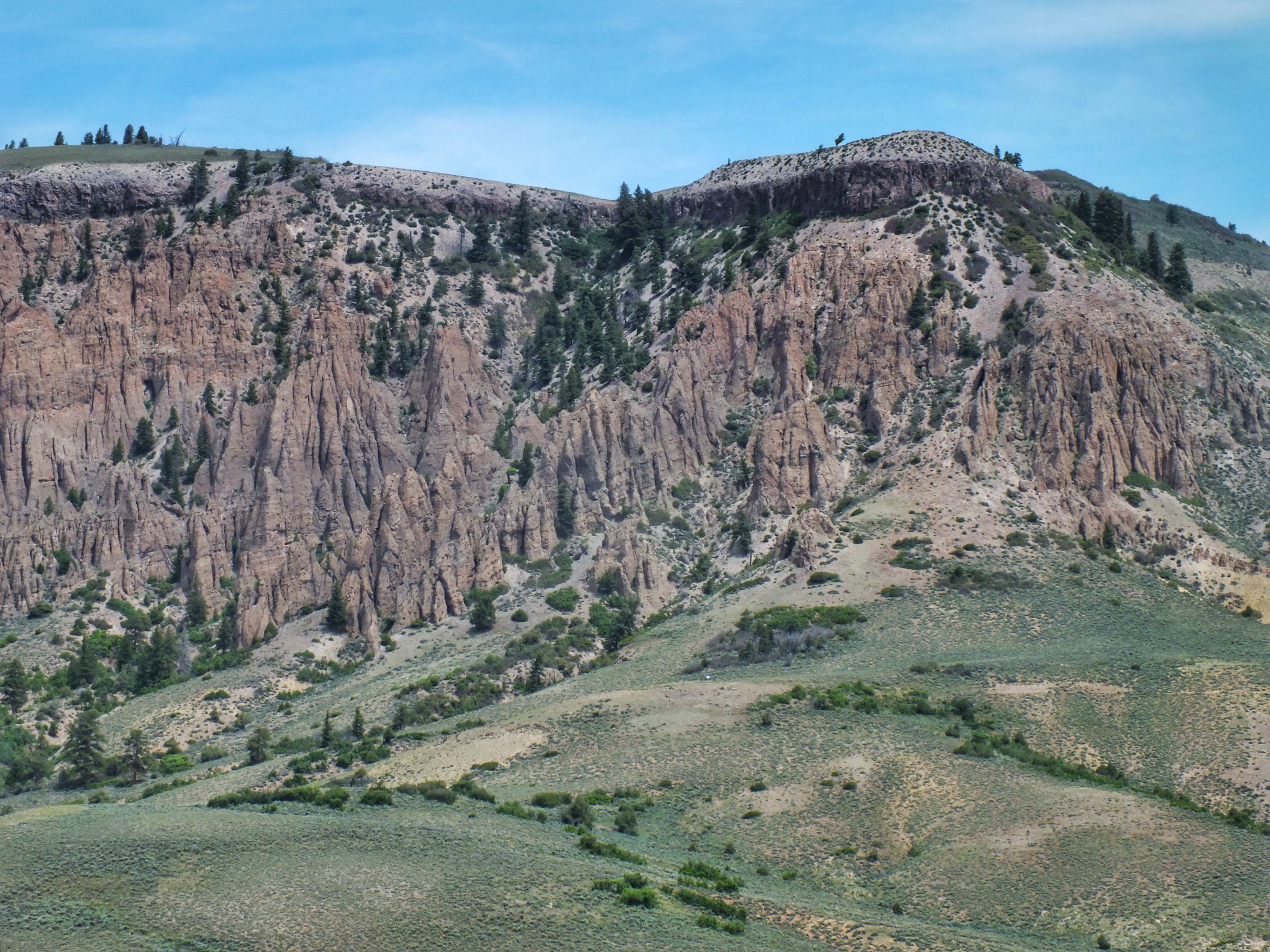 Black Canyon wasn’t crowded—we had a few of the overlooks to ourselves—but there were places where people gathered. The first overlook was one of these. There was a ranger on duty, and every two minutes or so, he pointed out a dead tree in front of the overlook and explained that it had appeared in the movie The Unsinkable Molly Brown, with Debbie Reynolds. 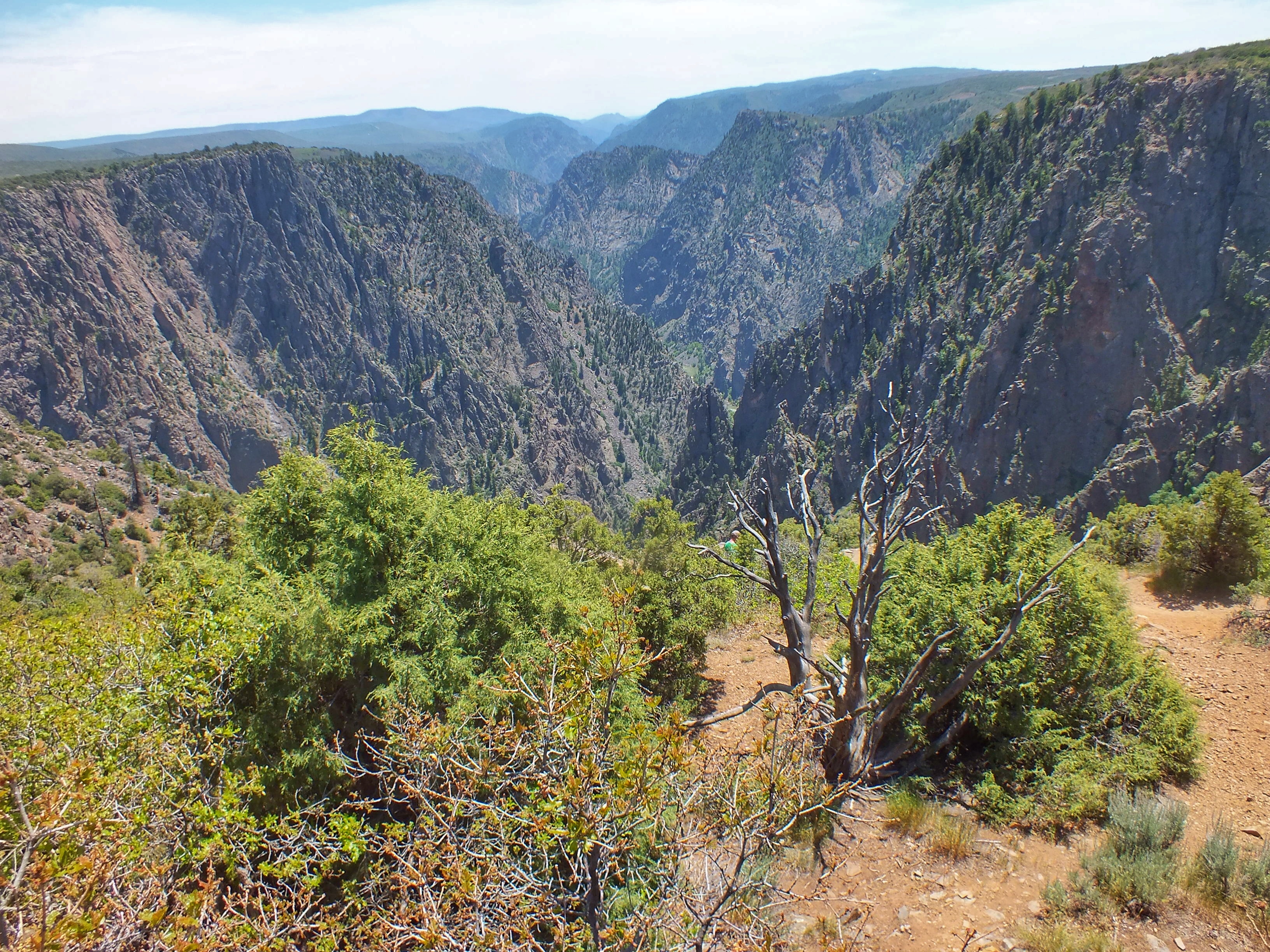 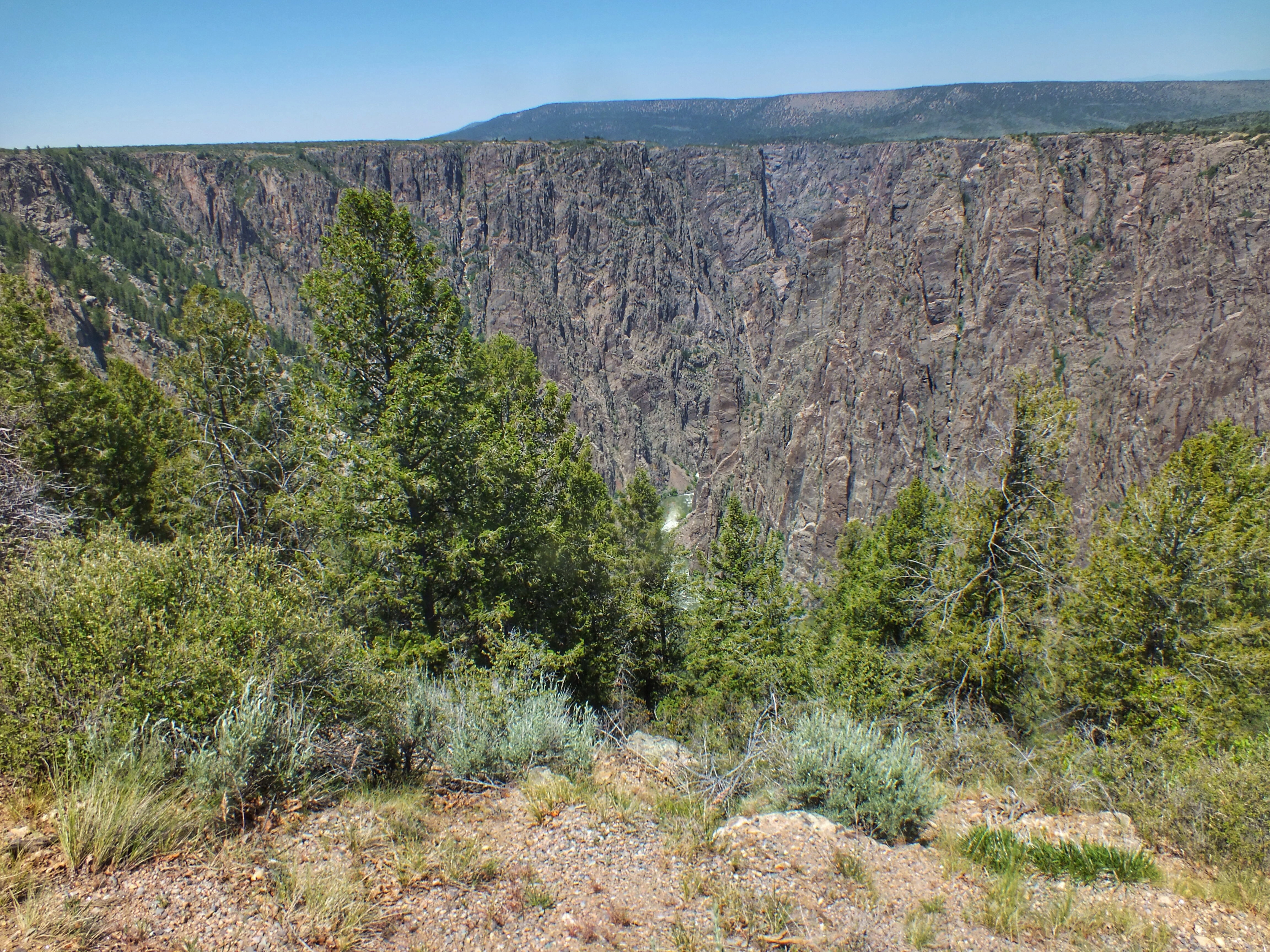 The Gunnison River cuts through the canyon as much as 2,772 feet below the rim. We hit most of the overlooks, all of which were at the end of short trails. This was fortunate, because it was in the 80’s with an intense sun. We weren’t paying a lot of attention to where we were or what, exactly, we were looking at. I just enjoyed the scenery and looked for birds while my wife looked for wild flowers. We bought a book in the park store so she could identify them later. 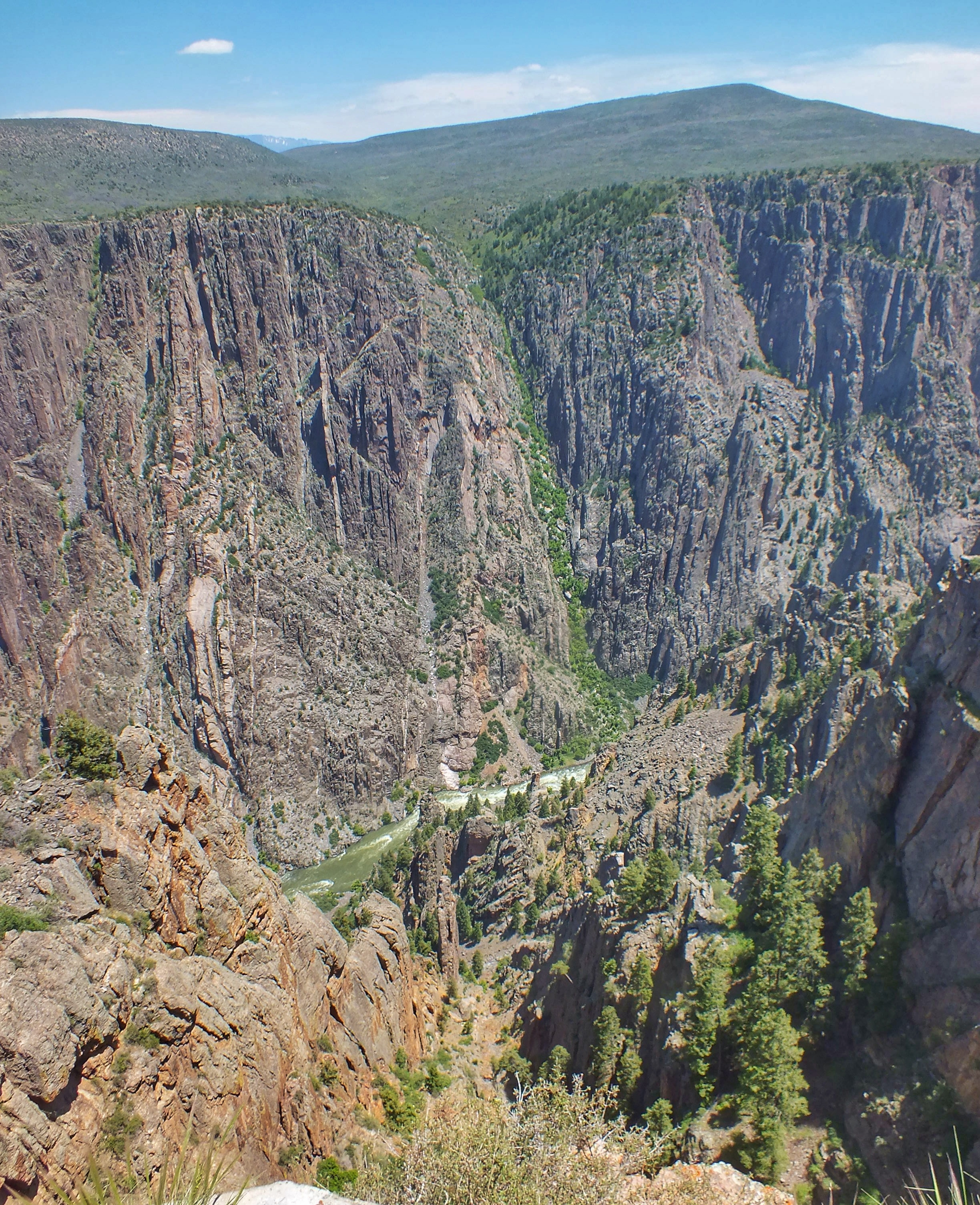 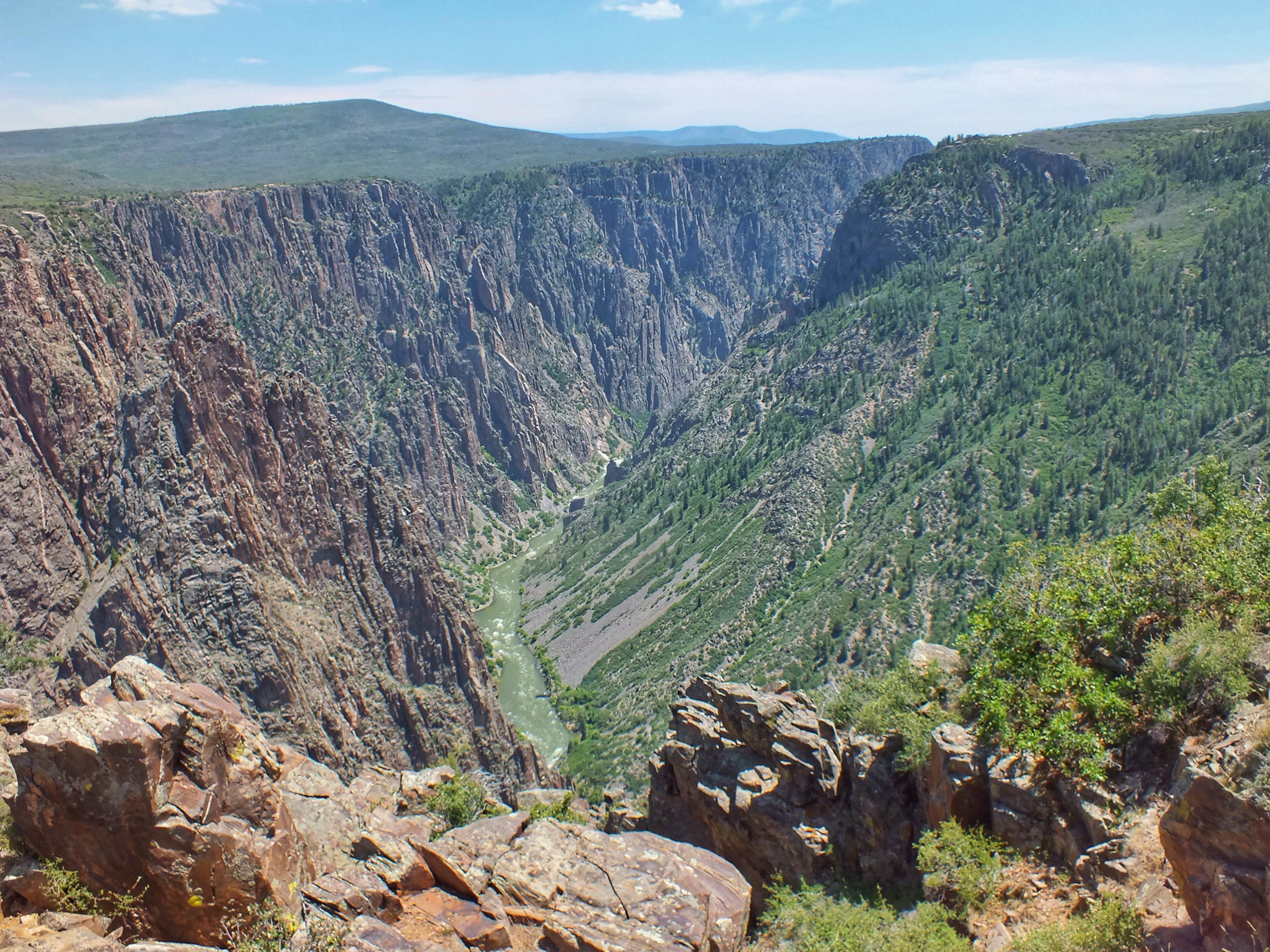 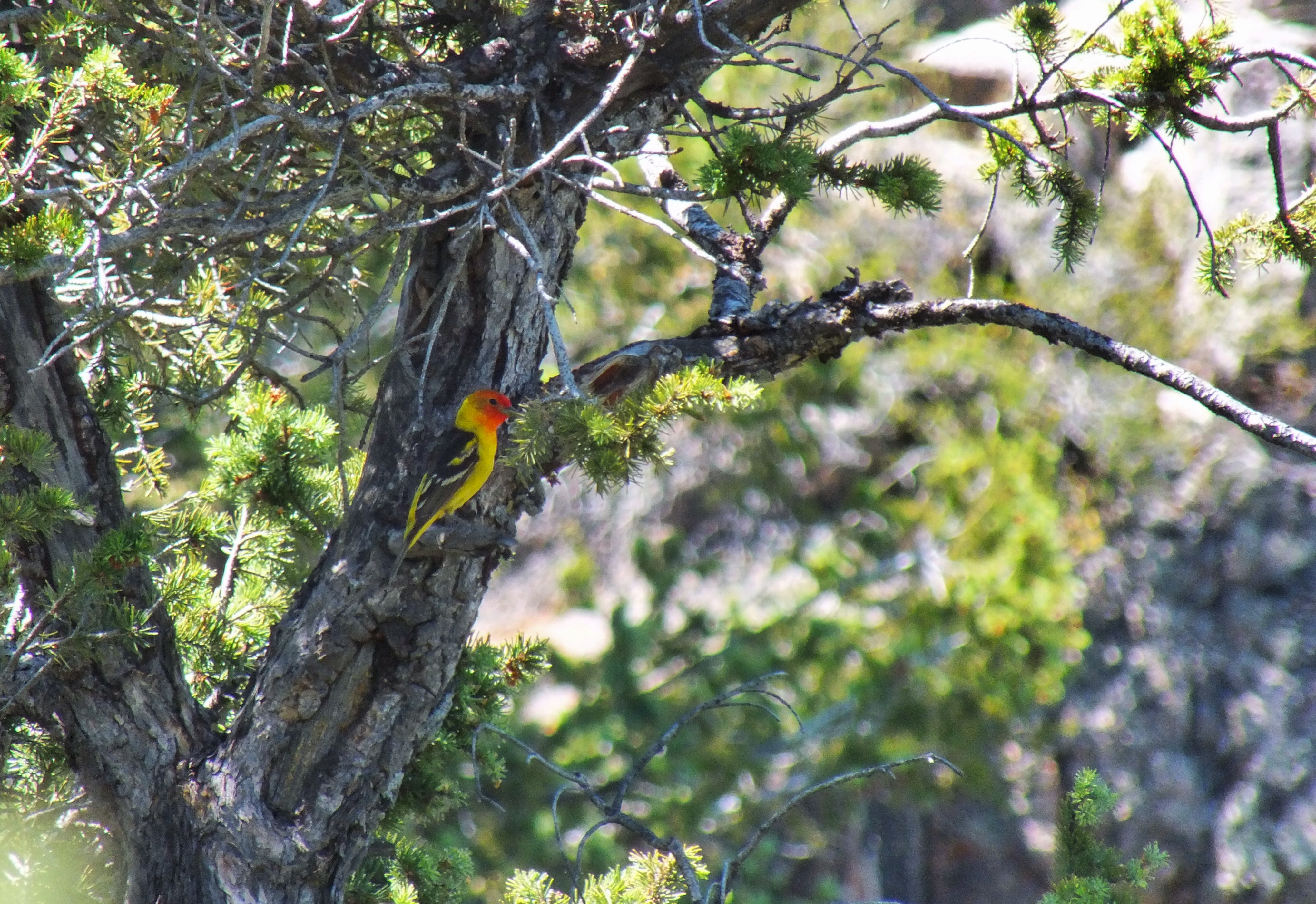 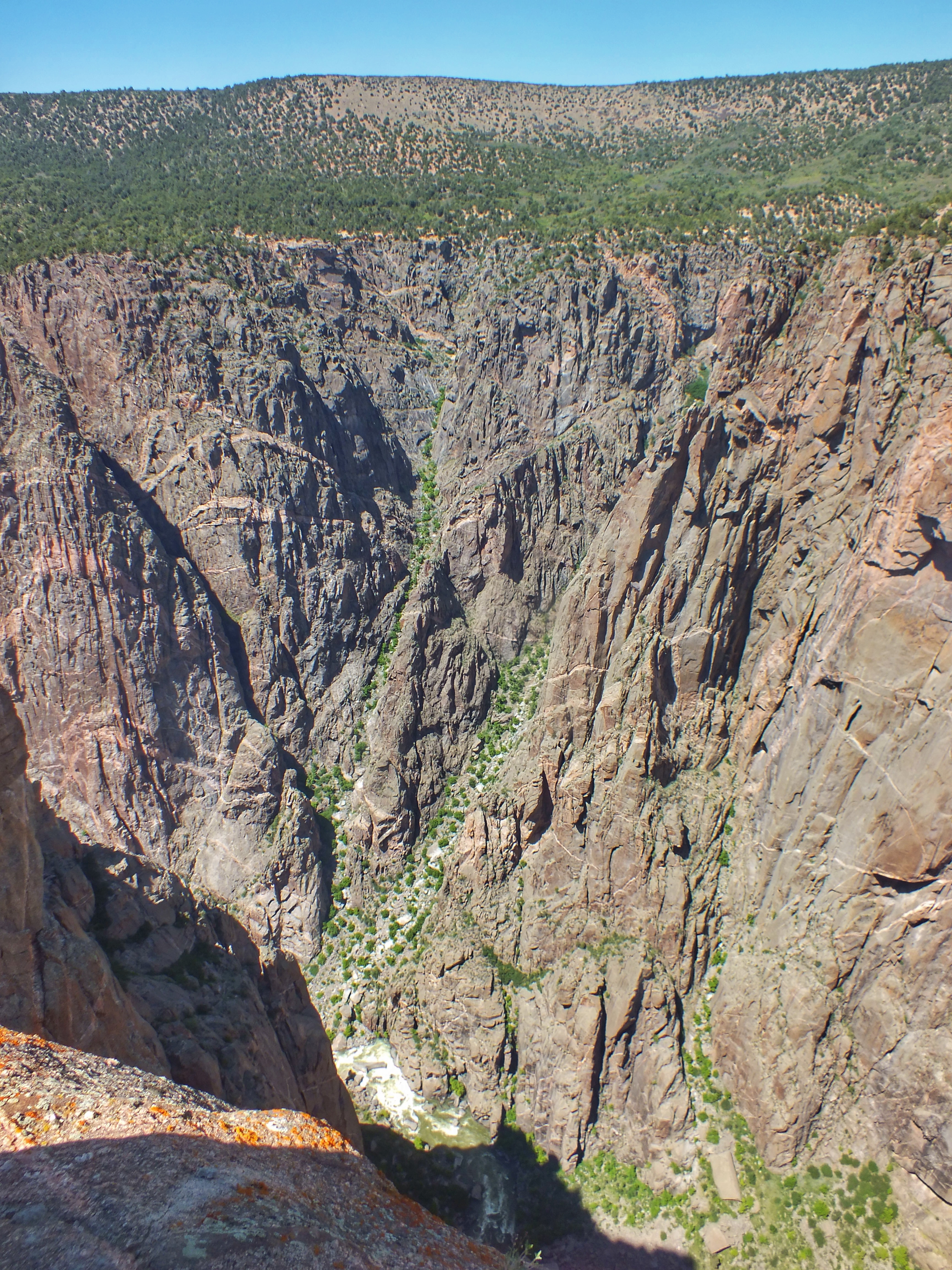 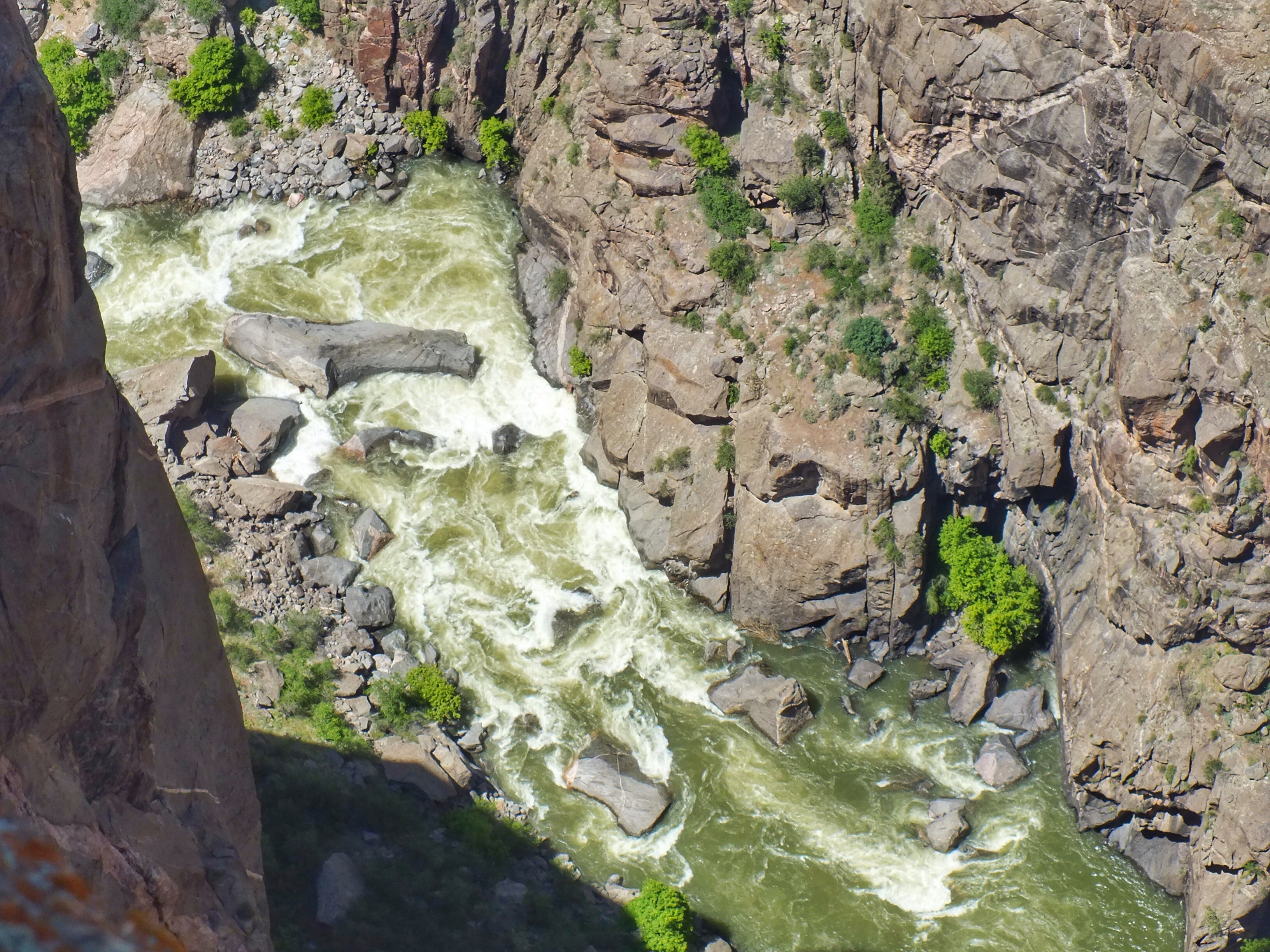 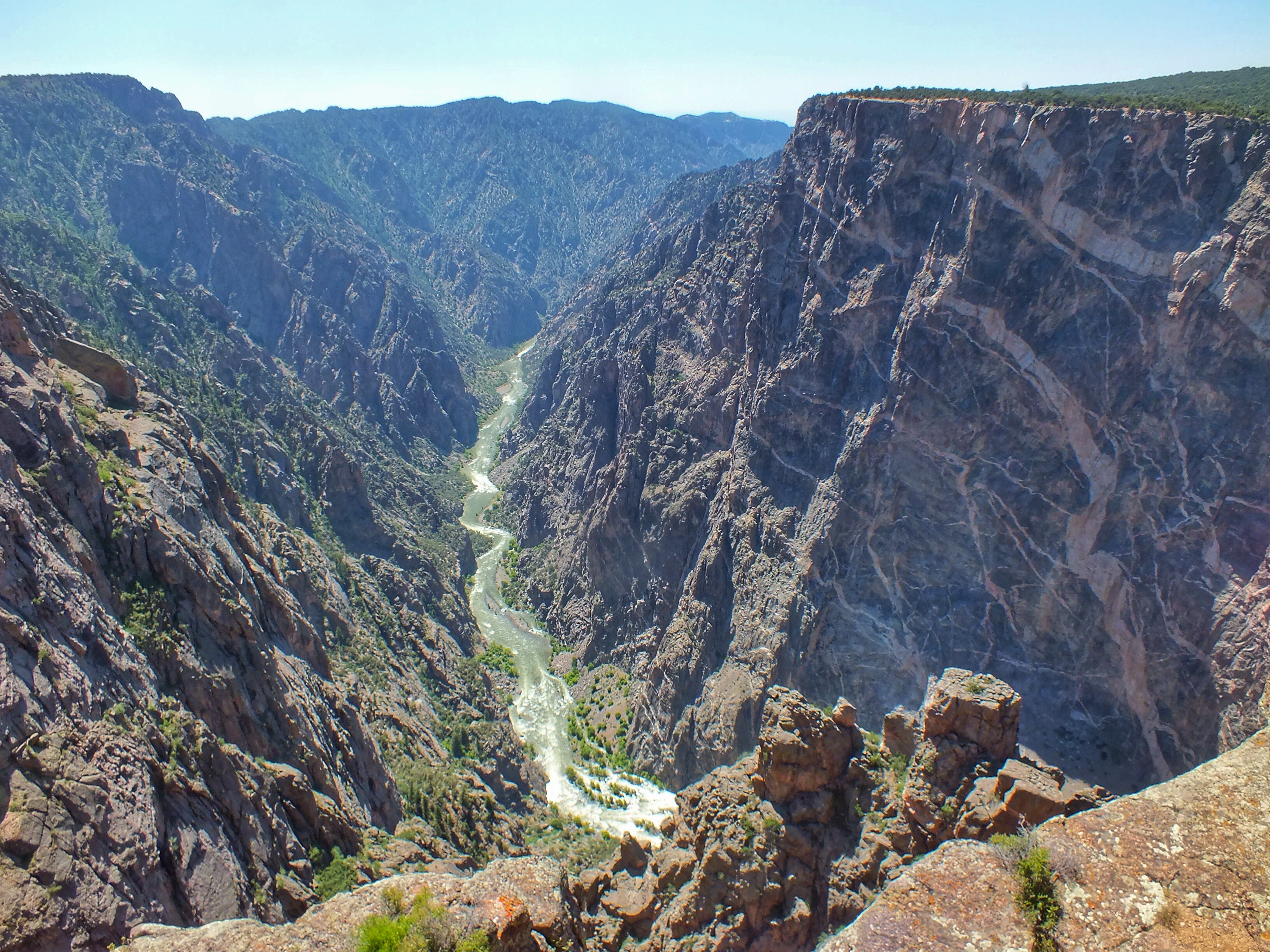 You can’t tell from this photo, but the canyon is between me and the pinyon-juniper plains across the way. 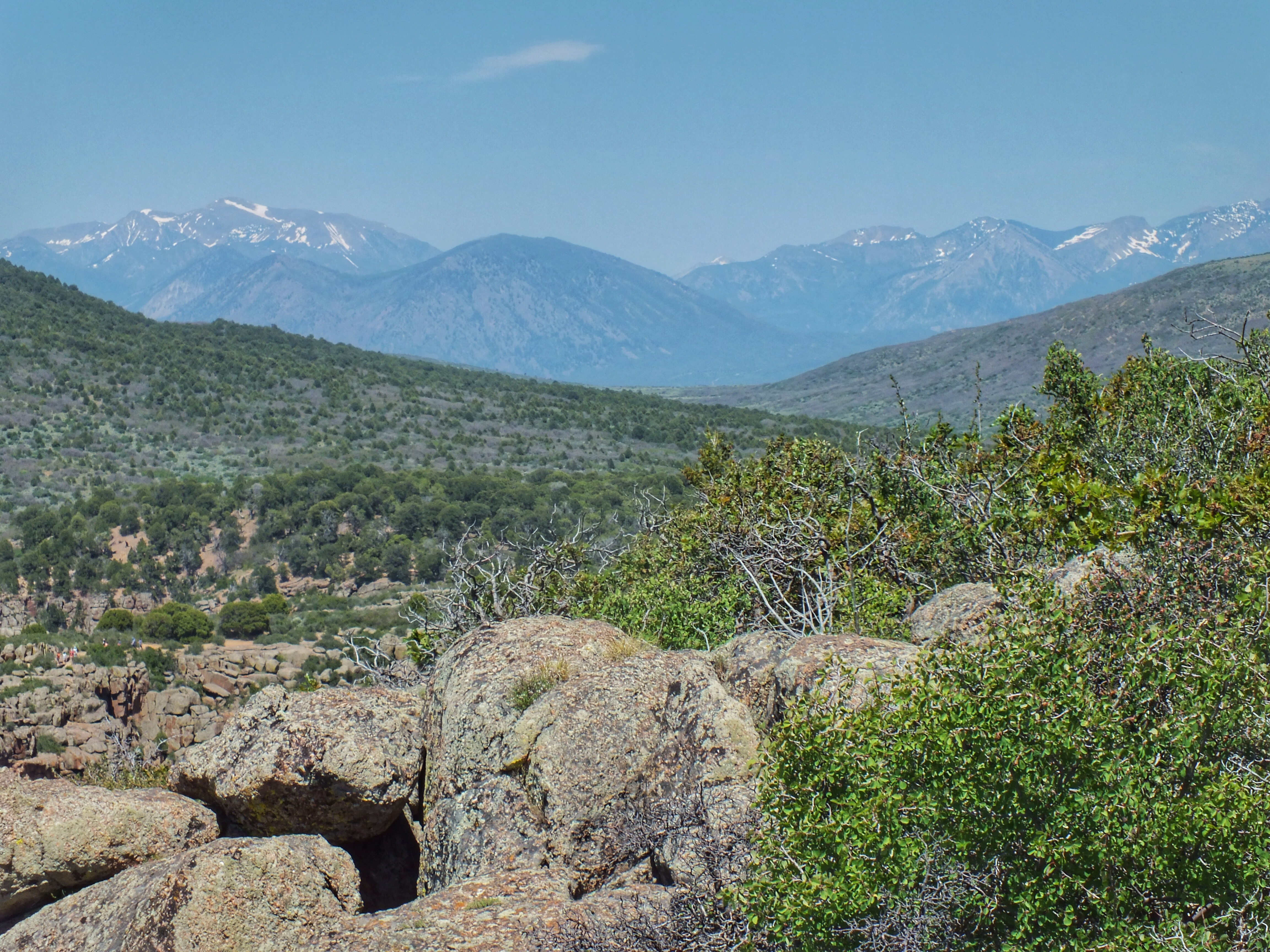 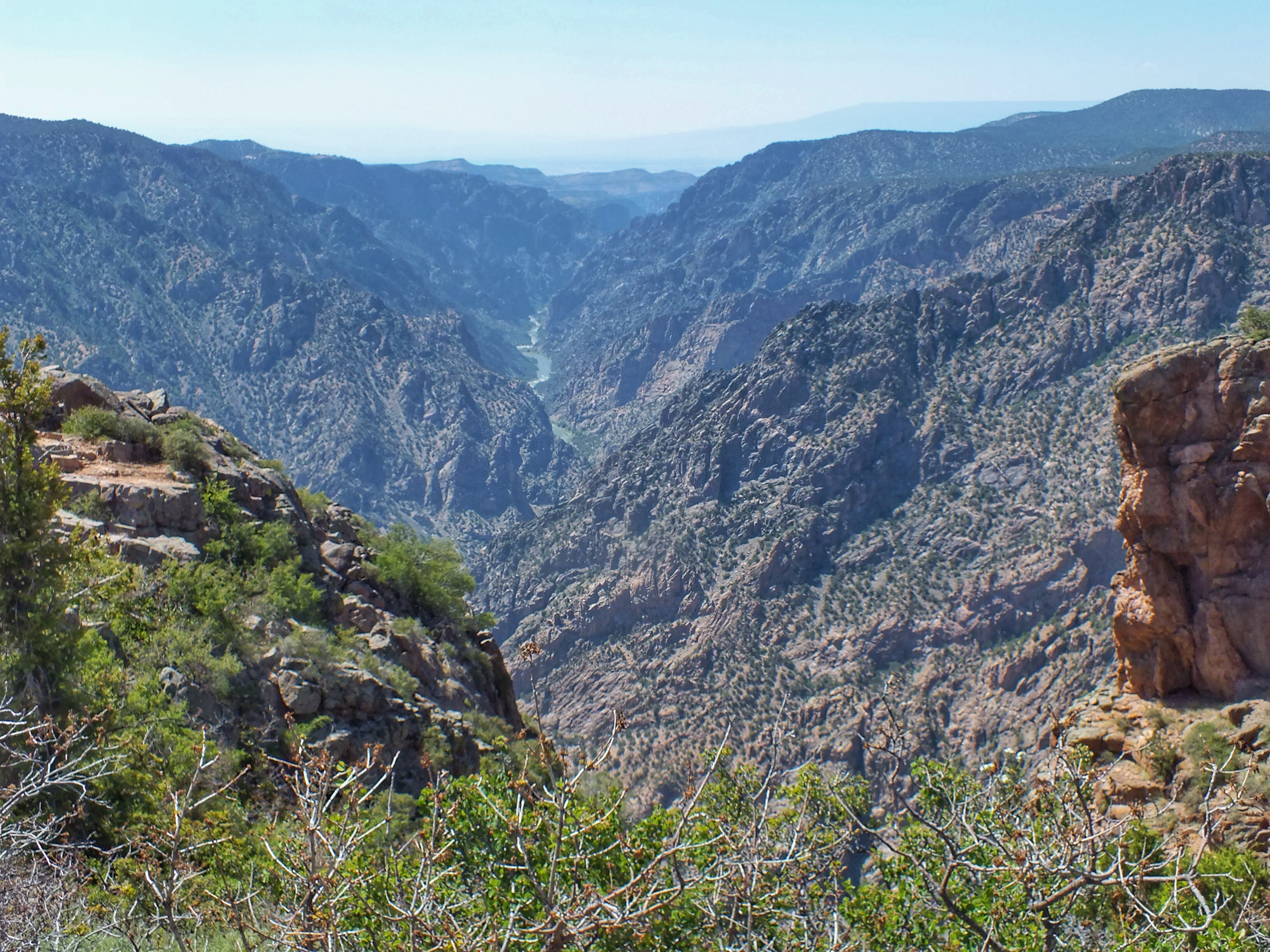 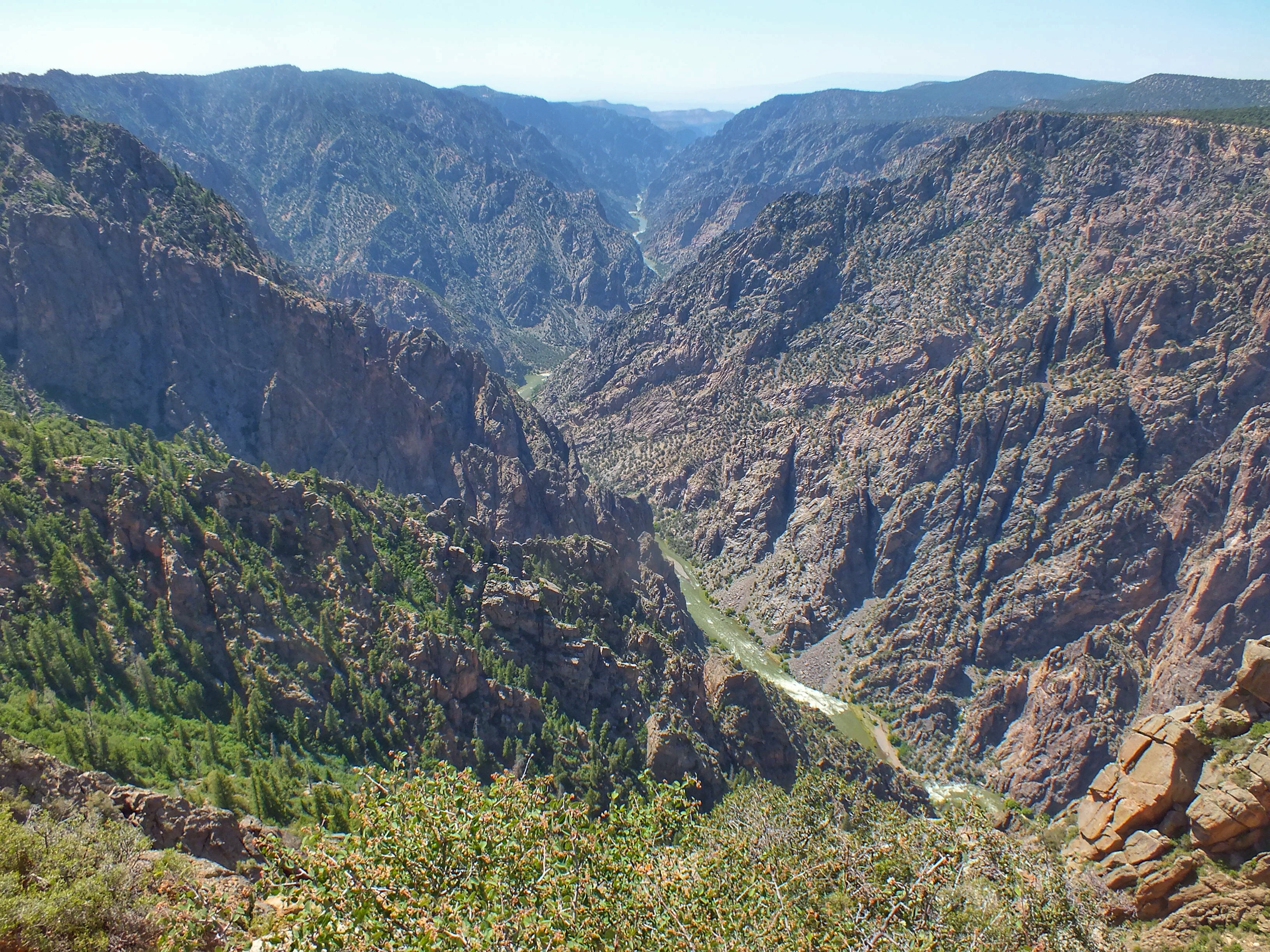 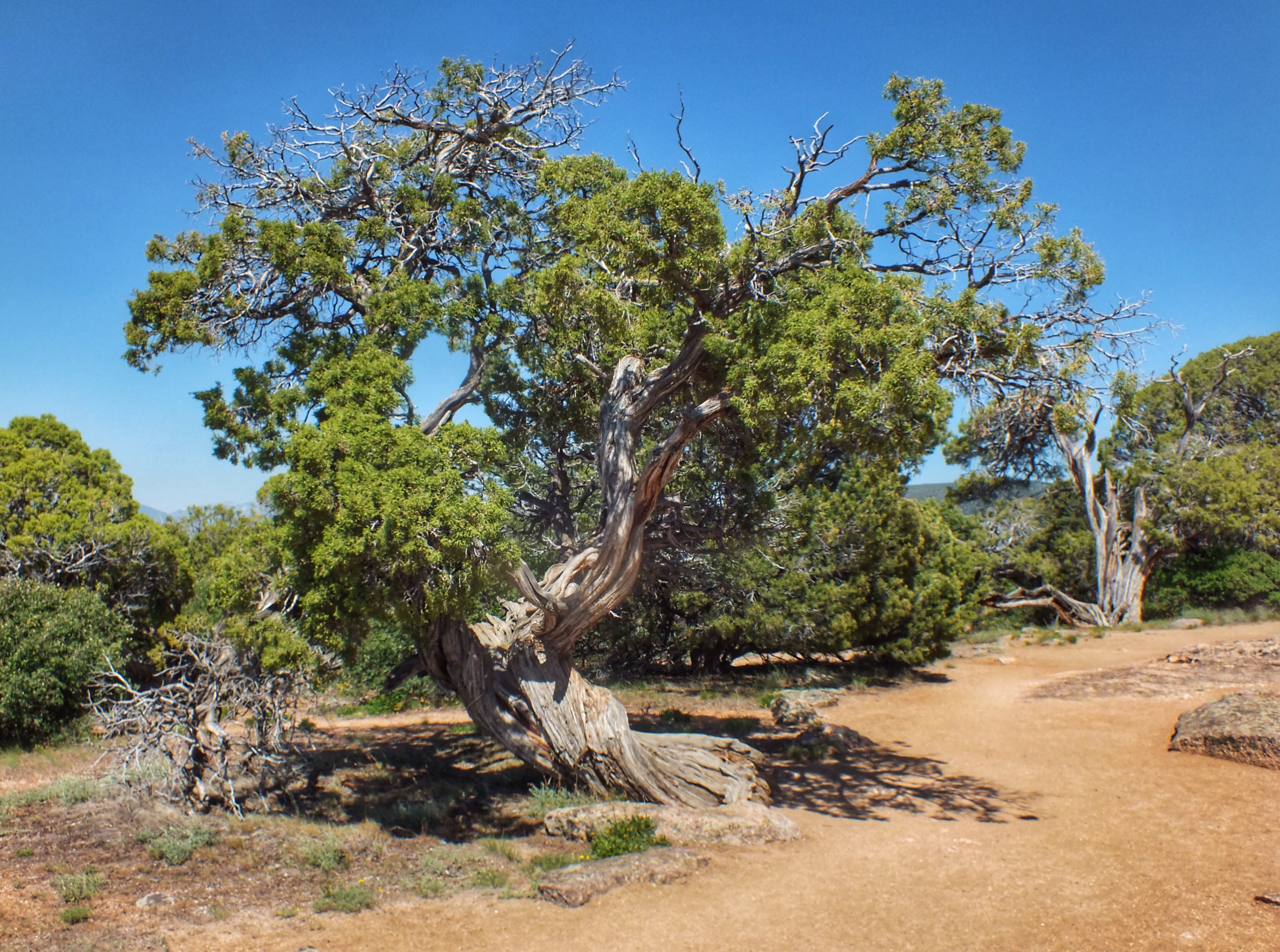 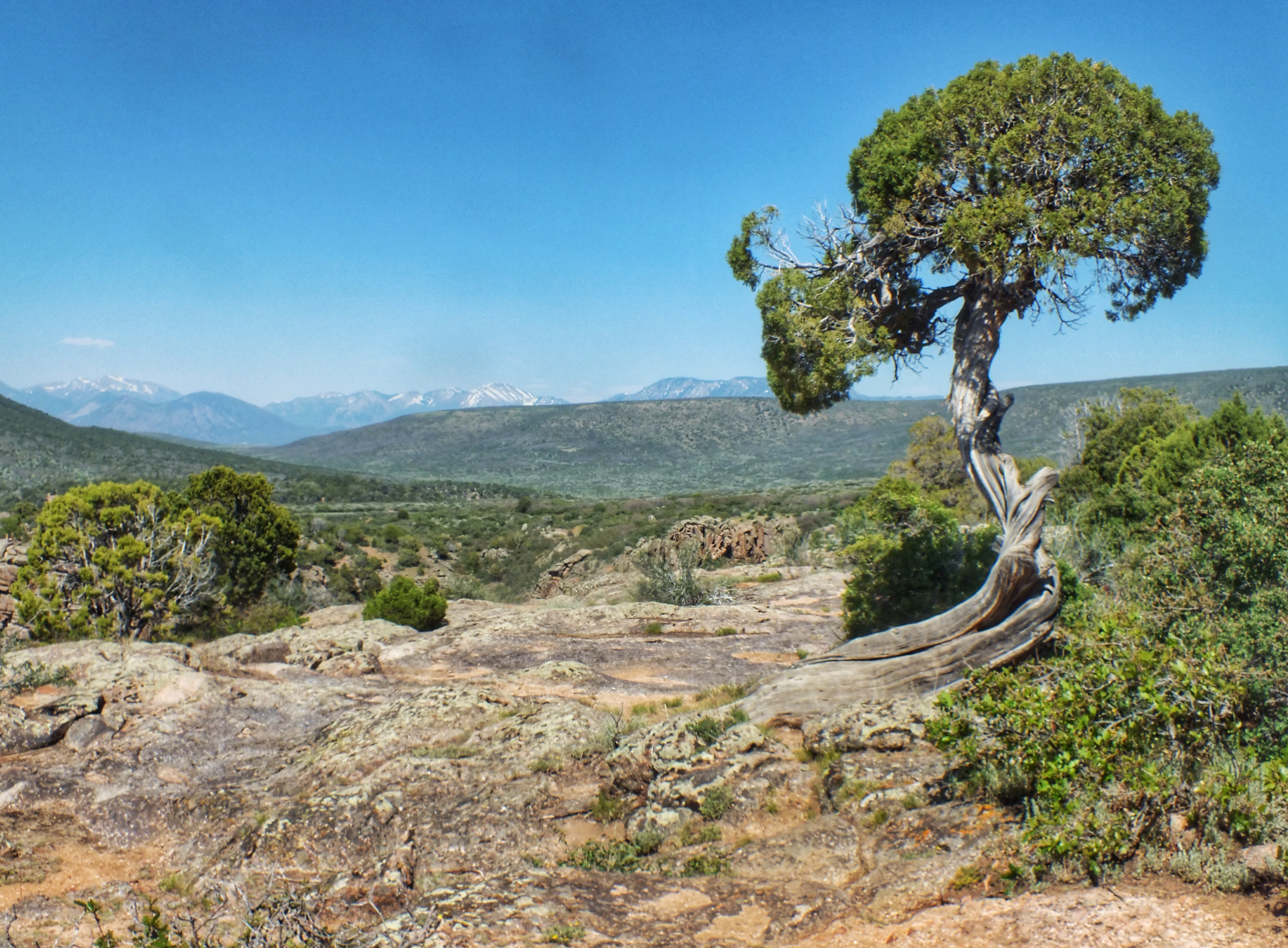 We were at the last stop, a long way from civilization, when the engine light lit up on our dashboard. We looked in the manual and saw that it indicated an emissions problem that needed to be fixed soon before it caused damage. Or it could just mean that the gas cap was on wrong. We went with the gas cap. I unscrewed the cap and put it back on. Midway through Saturday morning, we heard a click and the light went off. Light on or off, the car ran fine.

When we finished South Rim Road, we took East Portal Road which wound back and forth down the wall of the canyon to the edge of the river. 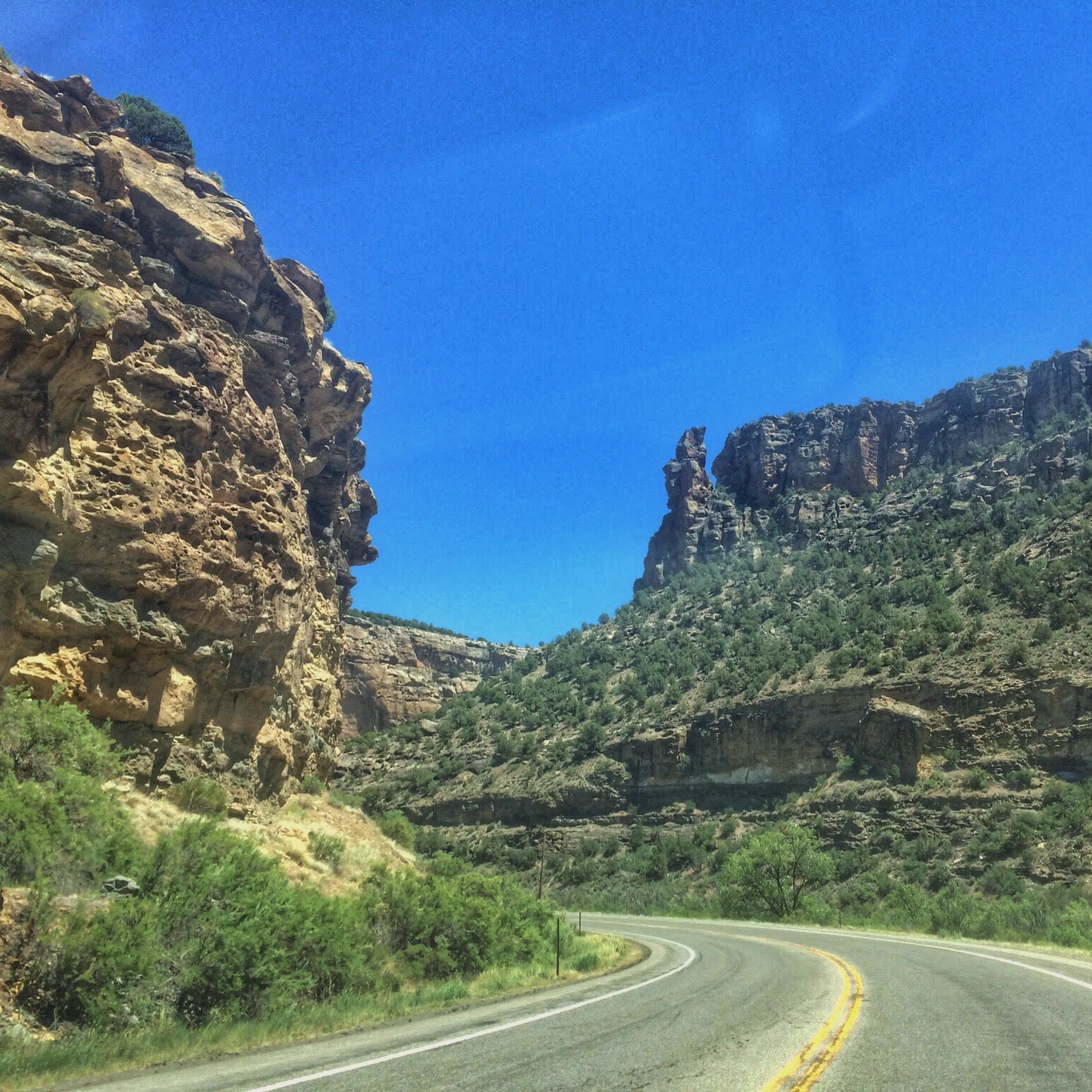 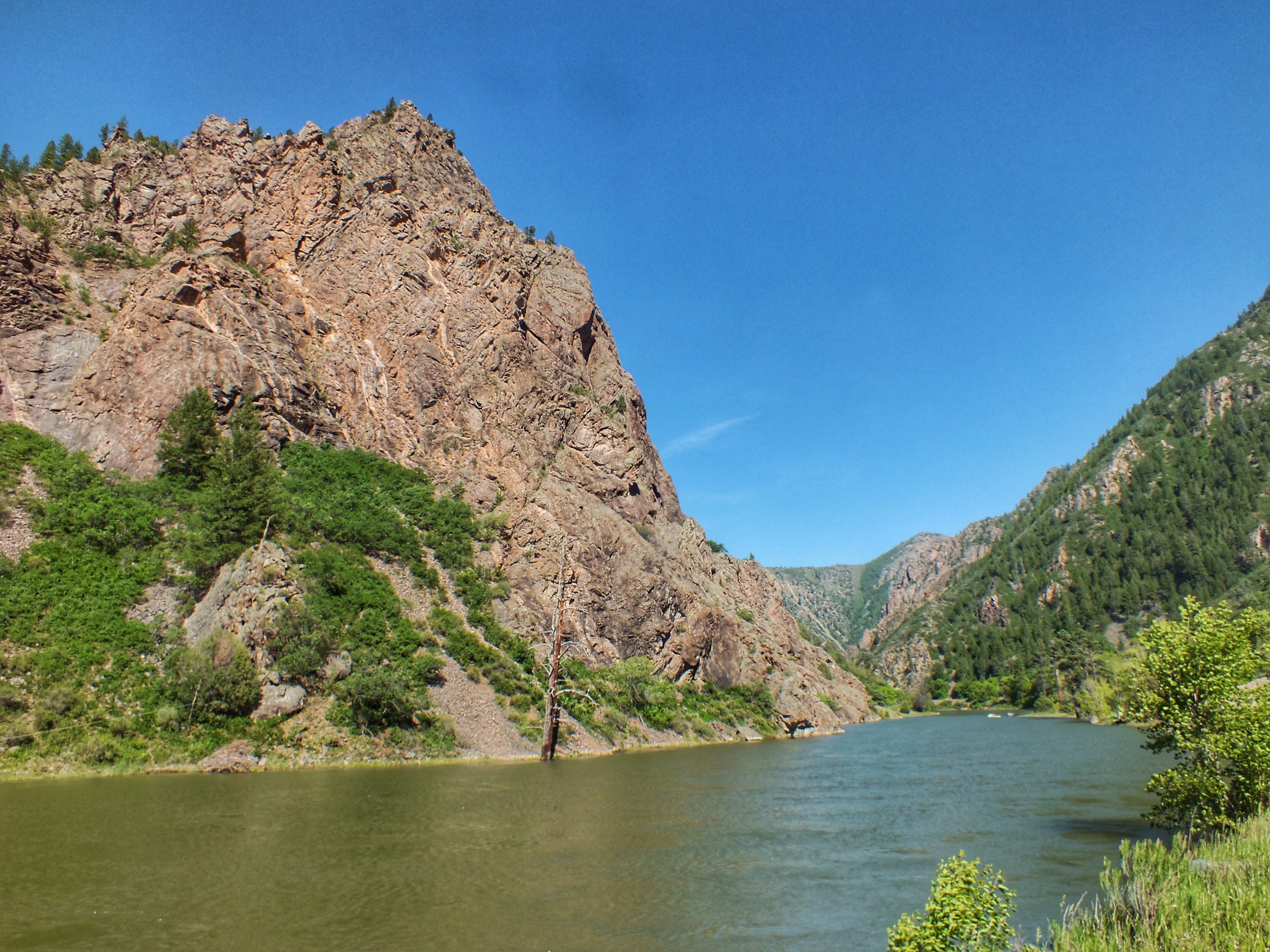 These old buildings were clustered around a tunnel (that we couldn’t see) that was built in 1909 to carry river water to surrounding farmlands. 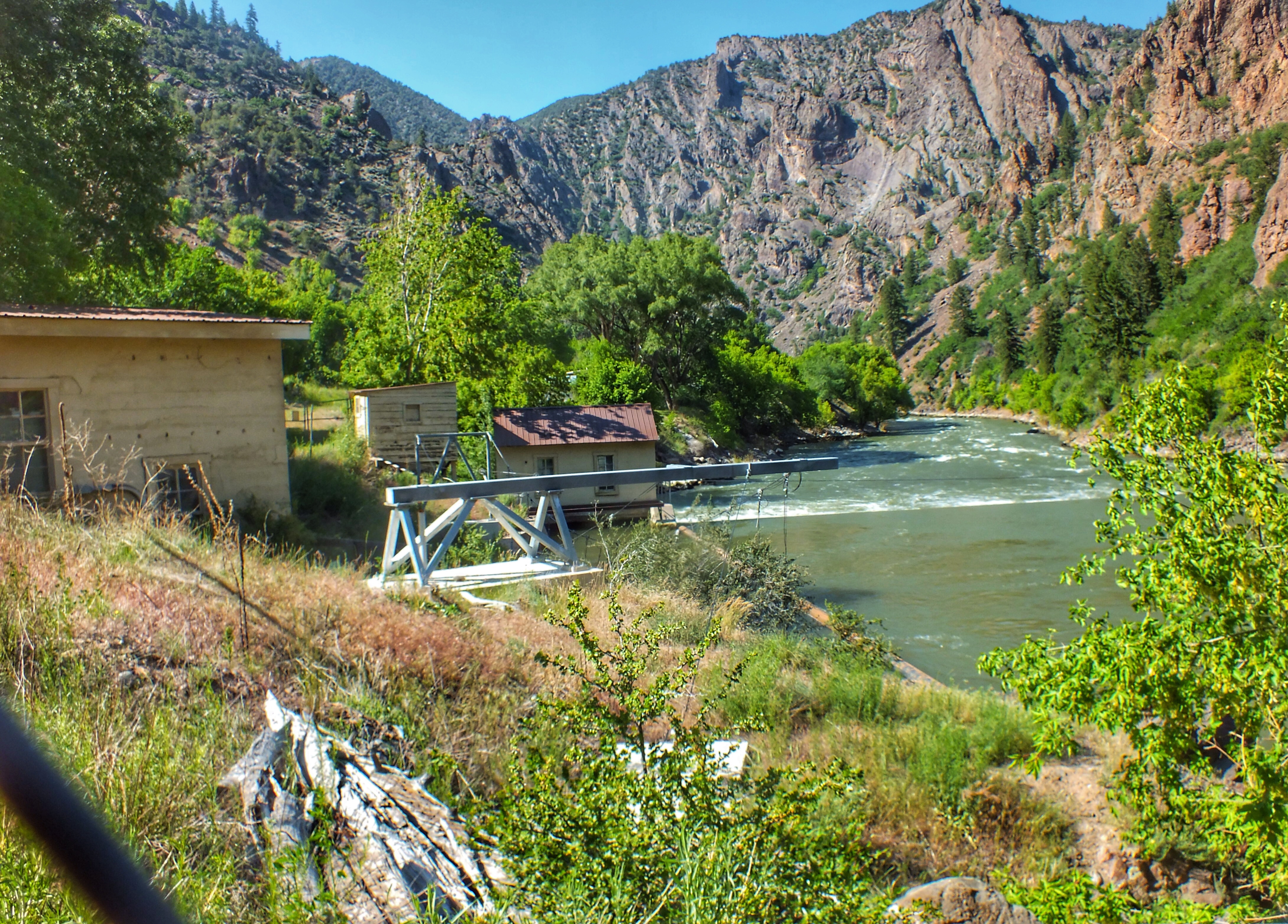 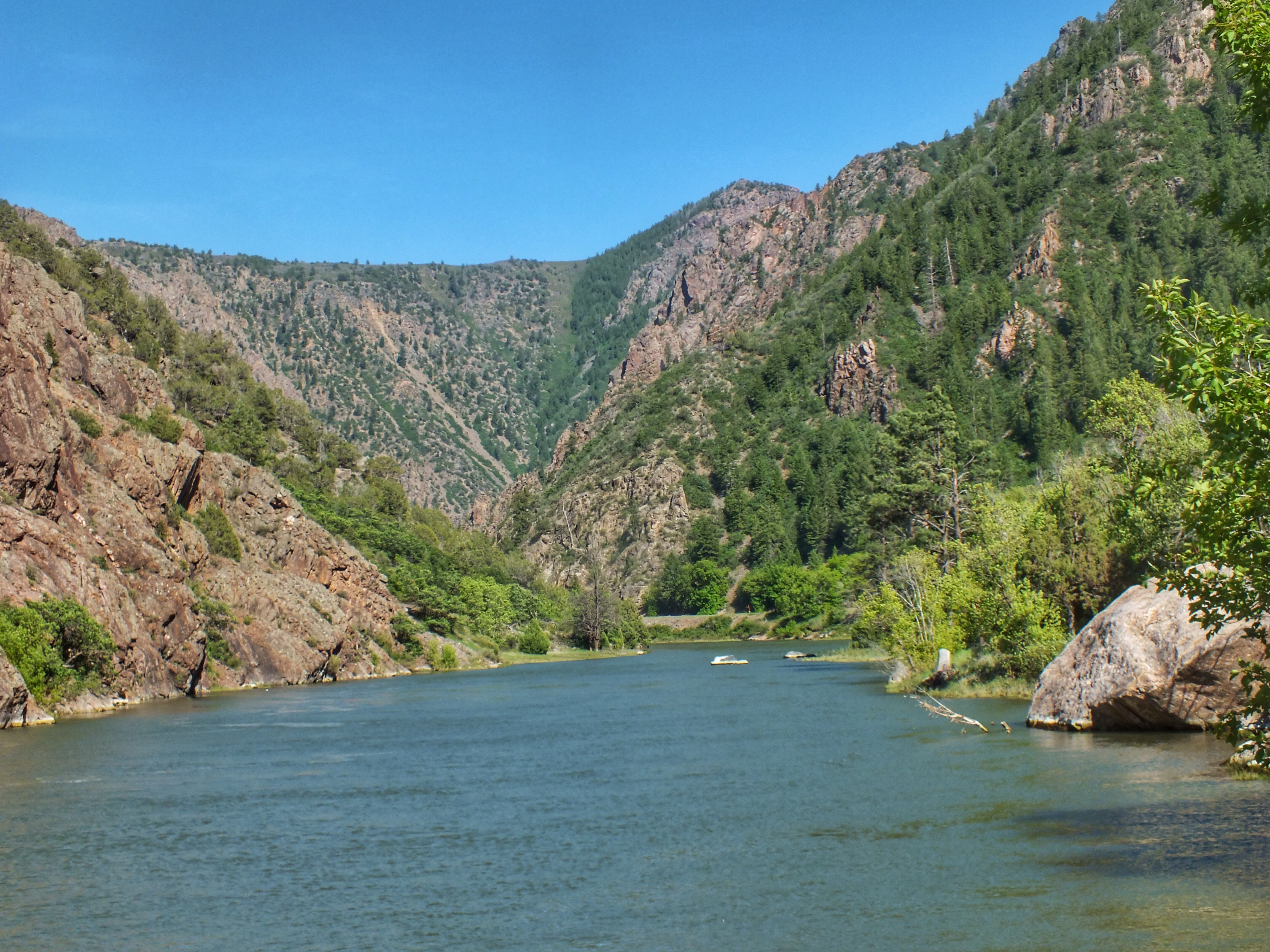 The three hours we were there was one long “wow!” moment.

This entry was posted in Birds, National Parks, Scenery. Bookmark the permalink.