Our trip to Wisconsin and Michigan was so fantastic, it left us wanting more. So on Sunday, July 18, one week after we got home, we headed out for a few more hours of vacation. Our destination was Evanston, and our first stop —  to check another item off my long-neglected list of Things to do in Chicagoland — was Bookman’s Alley.

This may be my favorite store on the planet. A long, low brick building winds its way around an alcove in a downtown alley. 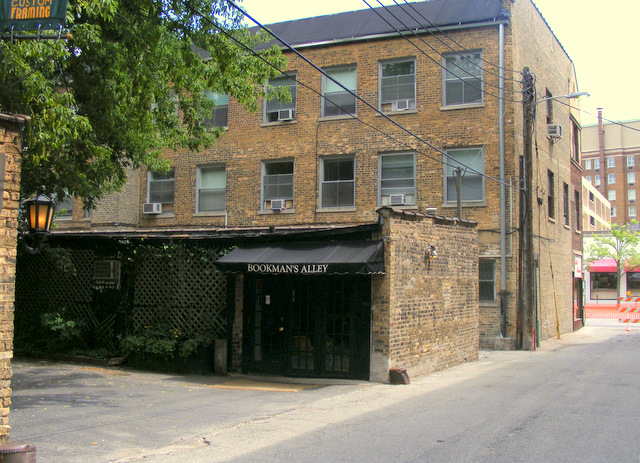 The walls are lined with shelves. Throughout, there are odd pieces of furniture — couches, tables, an old printing press — most of which are piled with books, prints, magazines … Tucked away in every conceivable place are ship models, bits of uniform, fishing tackle, antiques, you name it. I told my wife that I didn’t want to buy anything, I just wanted to live there. 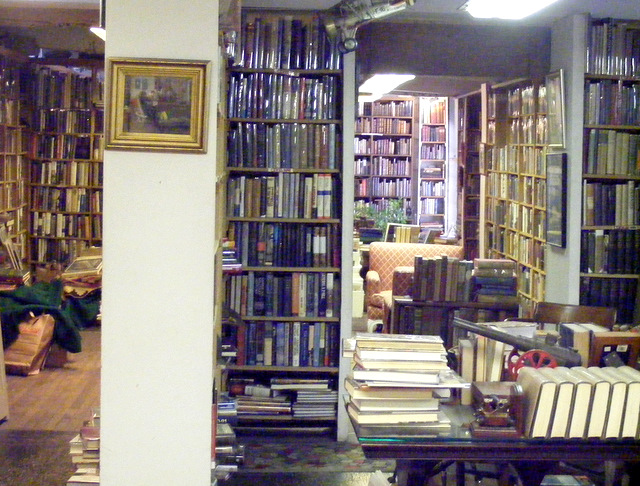 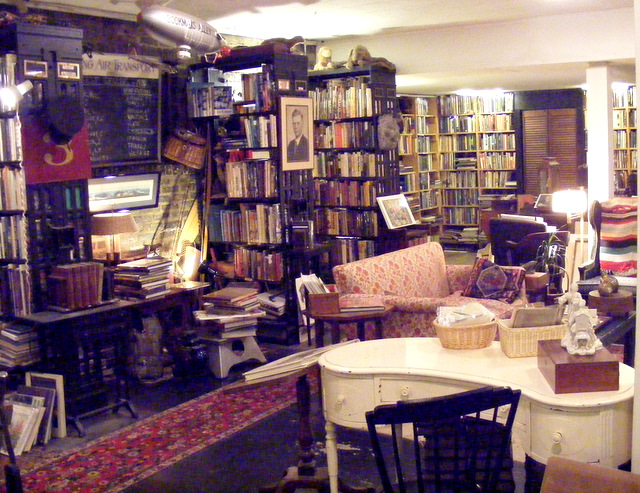 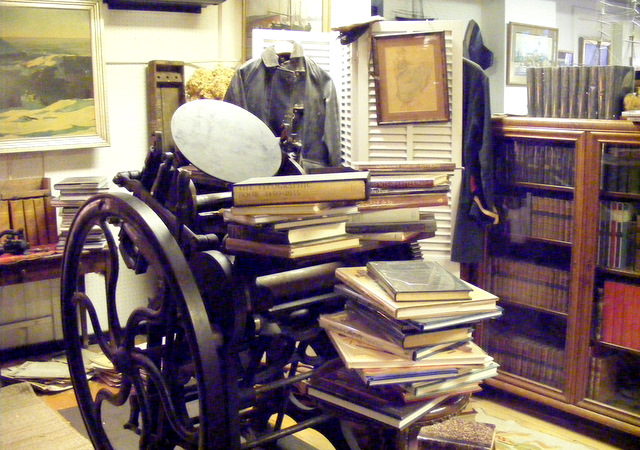 They even have red chairs. 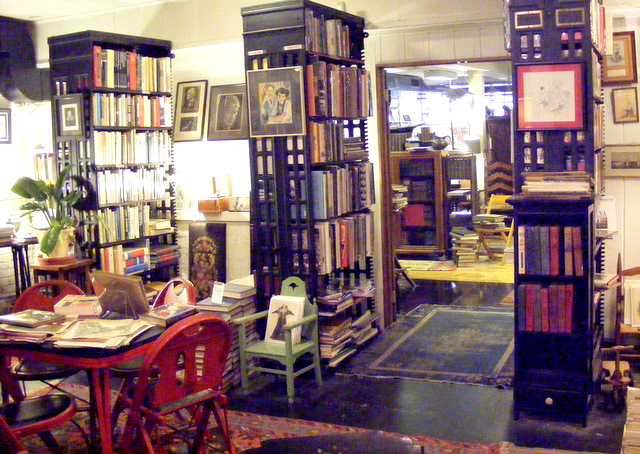 OK, if I did live there, there’s this one poster I’d get rid of. 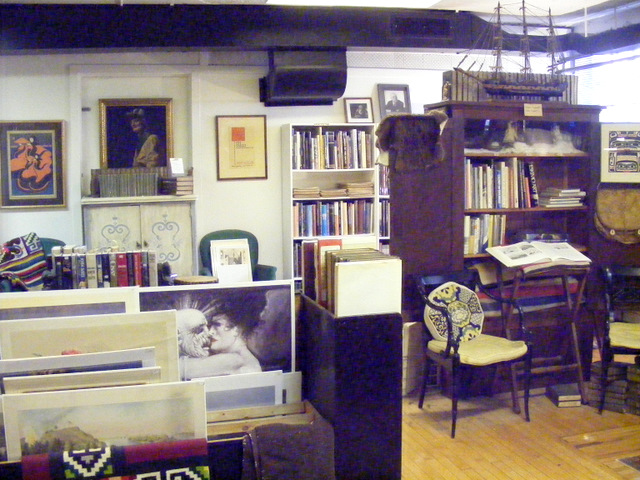 Here’s a small portion of the sports section. 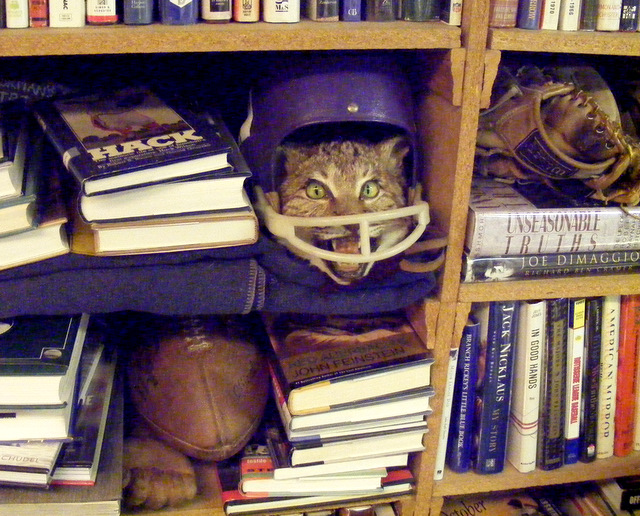 I asked the owner how business was going, and he said it wasn’t going well but he was hanging on. He blamed his lack of sales on the recession and the fact that he isn’t on the Internet. He then gave me a five minute lesson on how books are sold on the Internet. I didn’t bother letting him know I’ve had personal experience.

I hope he hangs on. I may only get there once every five years or so, but just knowing the store is there make this world a little bit more enjoyable.

The “Things to Do in Chicagoland” list doesn’t simply state that I have to go to Bookman’s Alley, but that I have to purchase a book. I chose Roundabout to Canterbury, by Charles S. Brooks. It’s a travelogue about a trip around southern England in the footsteps of Chaucer — written in 1926. My wife surprised me by buying two books of her own, one on life in the early 1600s and one on manners and mores of the early 20th century. 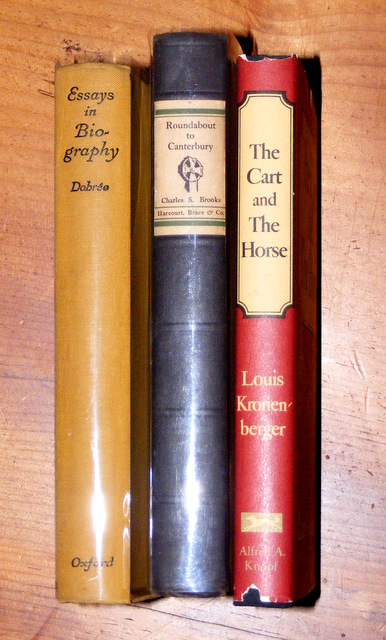 If you haven’t been to Bookman’s Alley and want to go sometime, let me know. I’m always up for another visit.

This entry was posted in Books and Literature. Bookmark the permalink.