Colorado Springs’ zoo was recently named the sixth-best zoo in the country. It’s also the only one situated on the side of a mountain. We spent much of the day there, and saw everything there is to see. 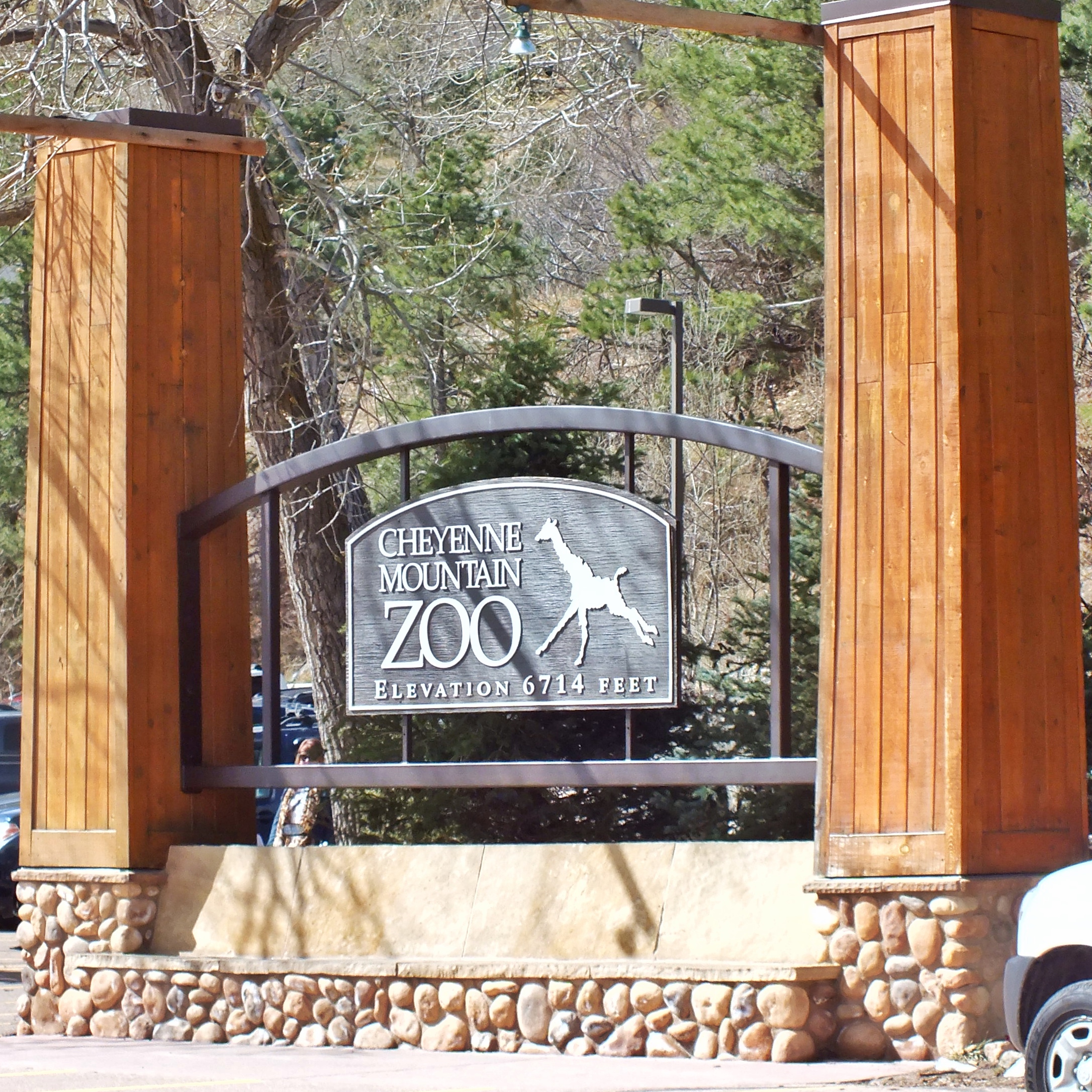 We began with the giraffes. They have one of the largest herds in any zoo. There’s a walkway around the outside of the yard. For $3, we purchased six leaves of lettuce to feed them.

While my wife bought the food, I watched two of the giraffes doing … whatever this is.

The Will Rogers Shrine of the Sun (next post) can be seen on Cheyenne Mountain in the background. 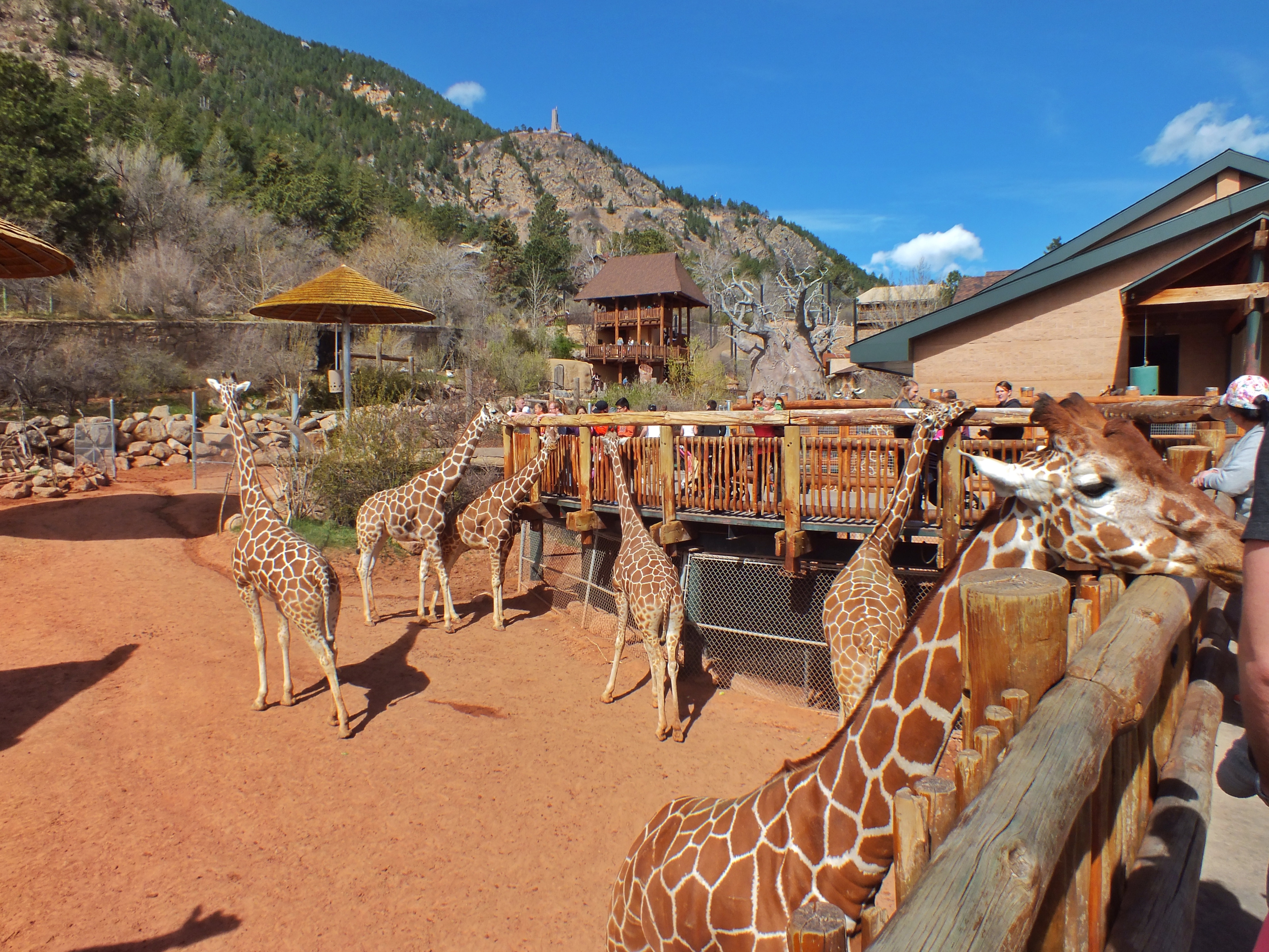 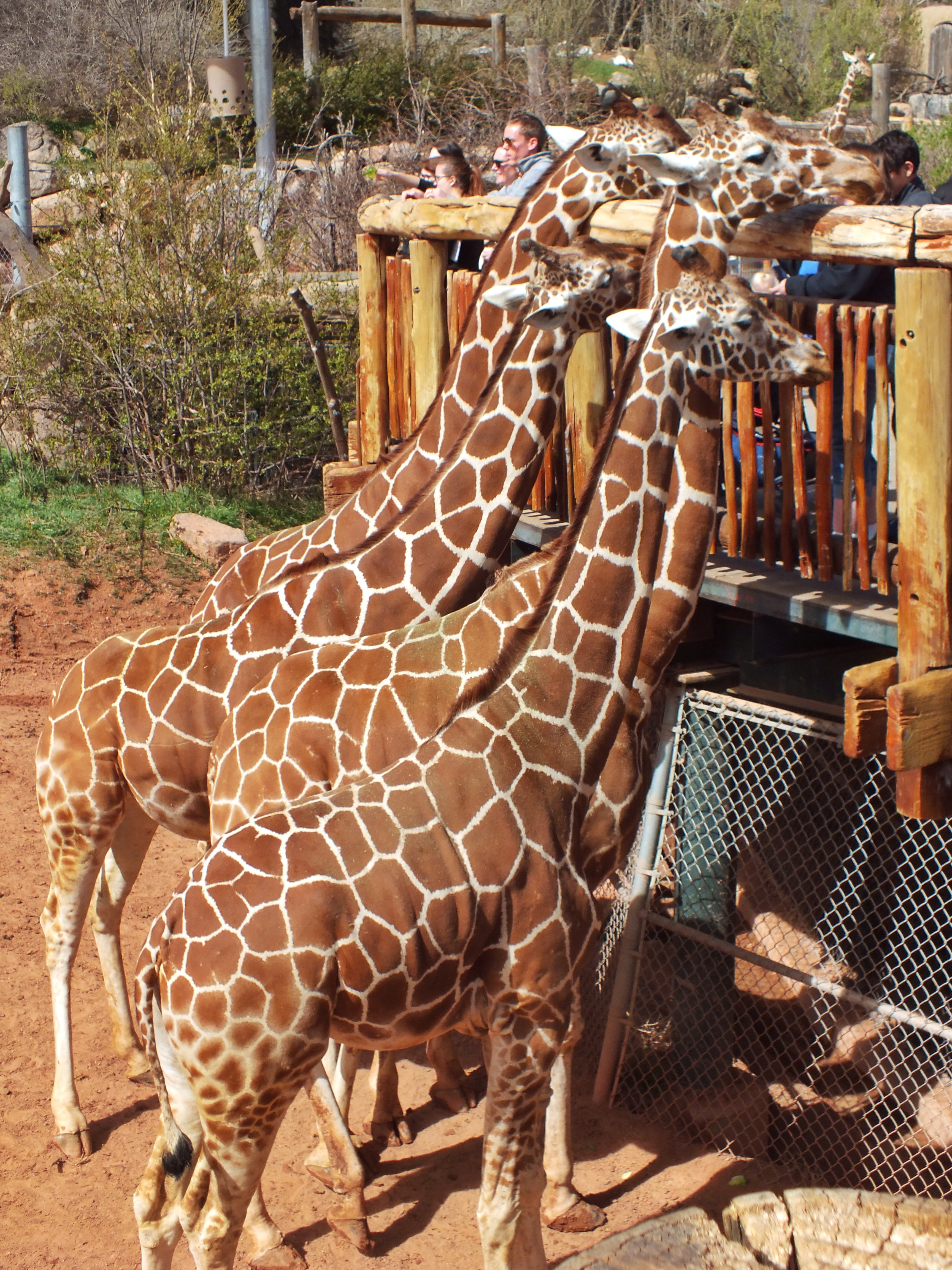 My wife did most of the feeding. It was hard to get a photo because they were quick with their tongues. I kept one last piece, split it in two, and took this shot.

I think this was the most entertaining day I’ve ever had at a zoo. Several of the animals were very entertaining.

Two of the lions were sparring over a giant barrel in their enclosure until one of them stood it upright and struck this pose. 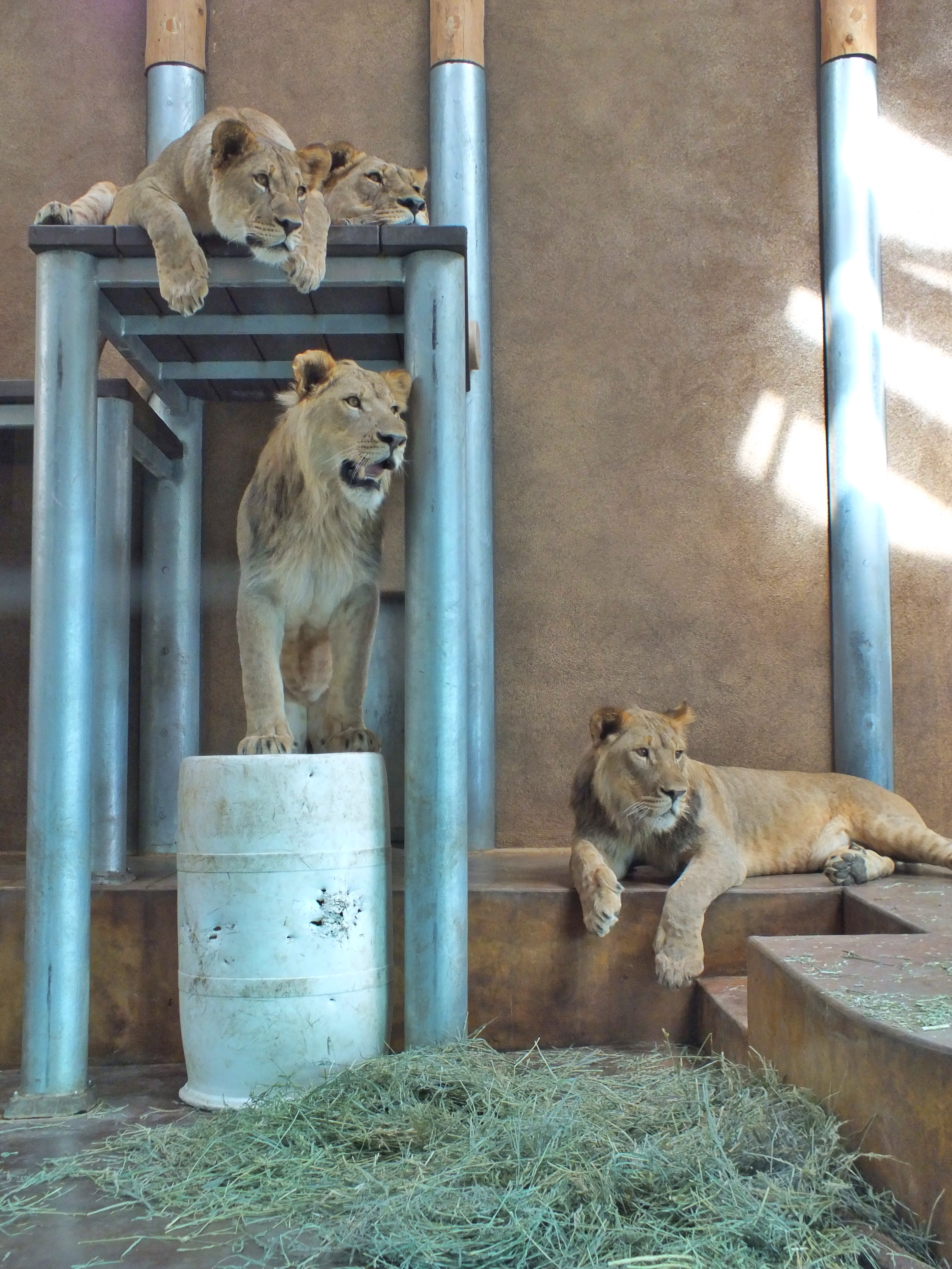 One of the orangutans stuck a bunch of straw on top of its head and then sat right next to the glass, playing with pickles. 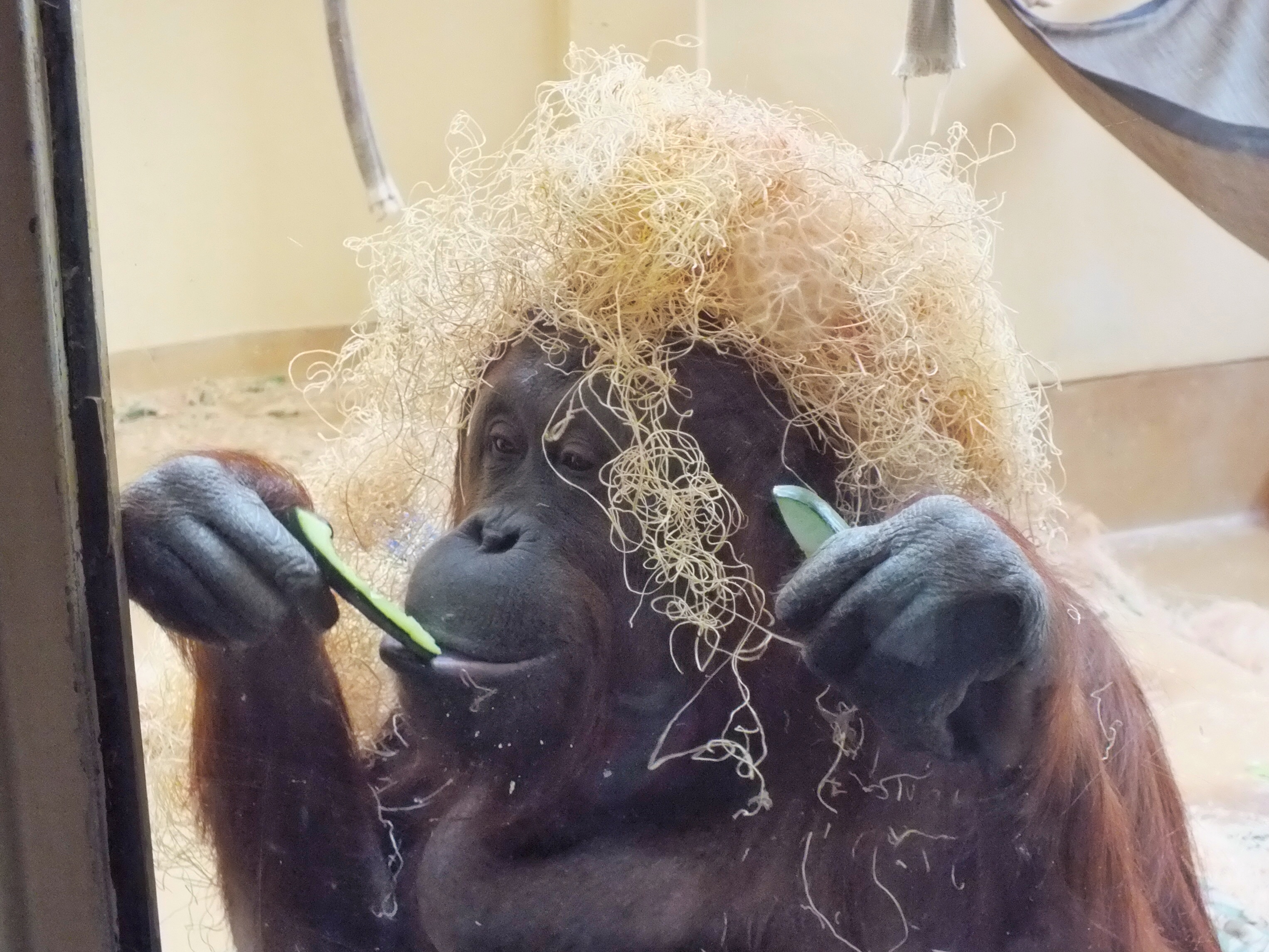 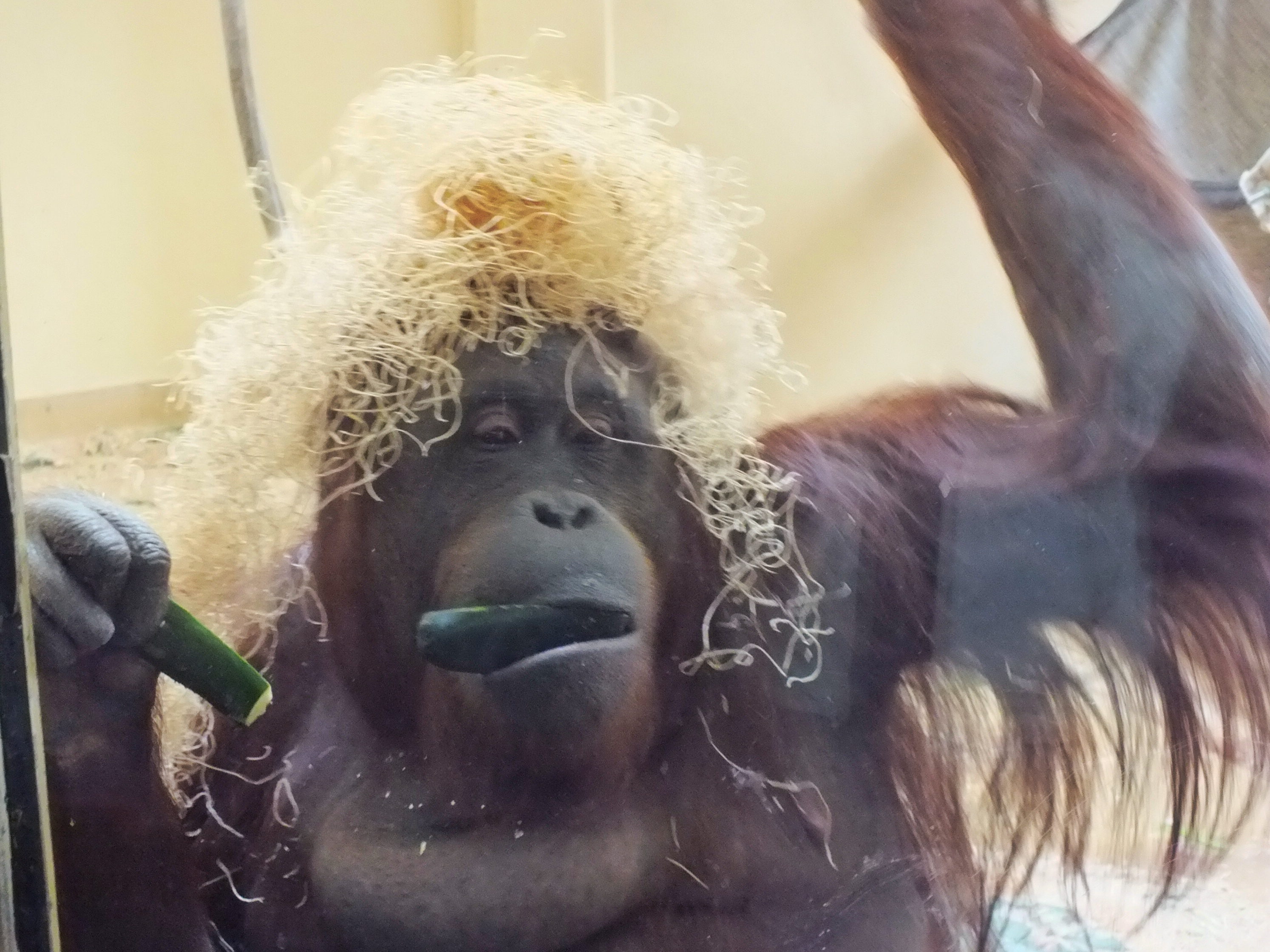 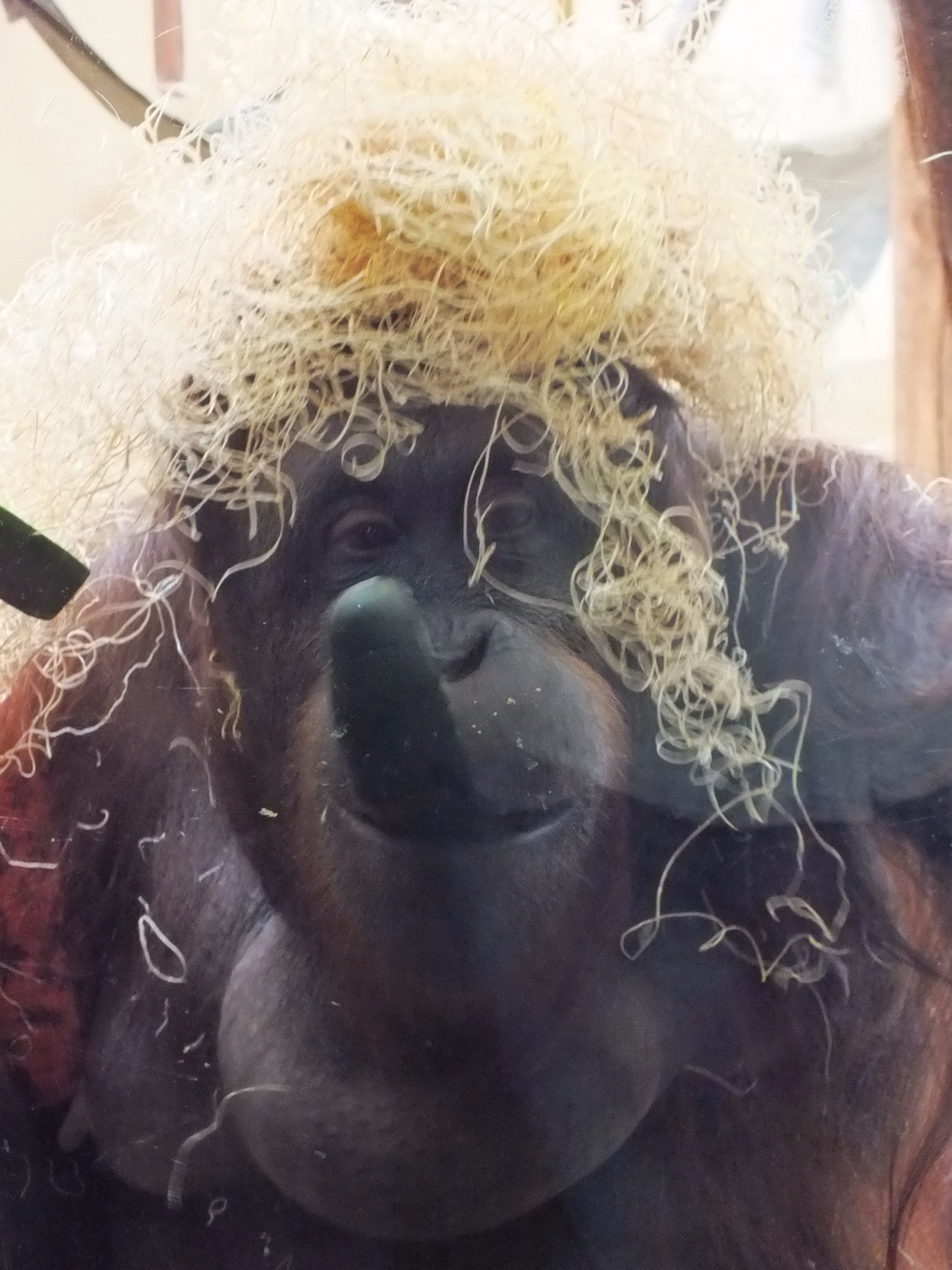 It wasn’t just the animals that were entertaining. Our fellow zoo visitors were an assortment of characters. This woman, for instance. She sat for several minutes rubbing the back of a gorilla. Except she wasn’t—she was rubbing the outermost of three panes of thick glass that separated her from the gorilla. There’s no way the animal could have felt anything, and was probably unaware of her presence. But she sat there rubbing away as though they were best friends. 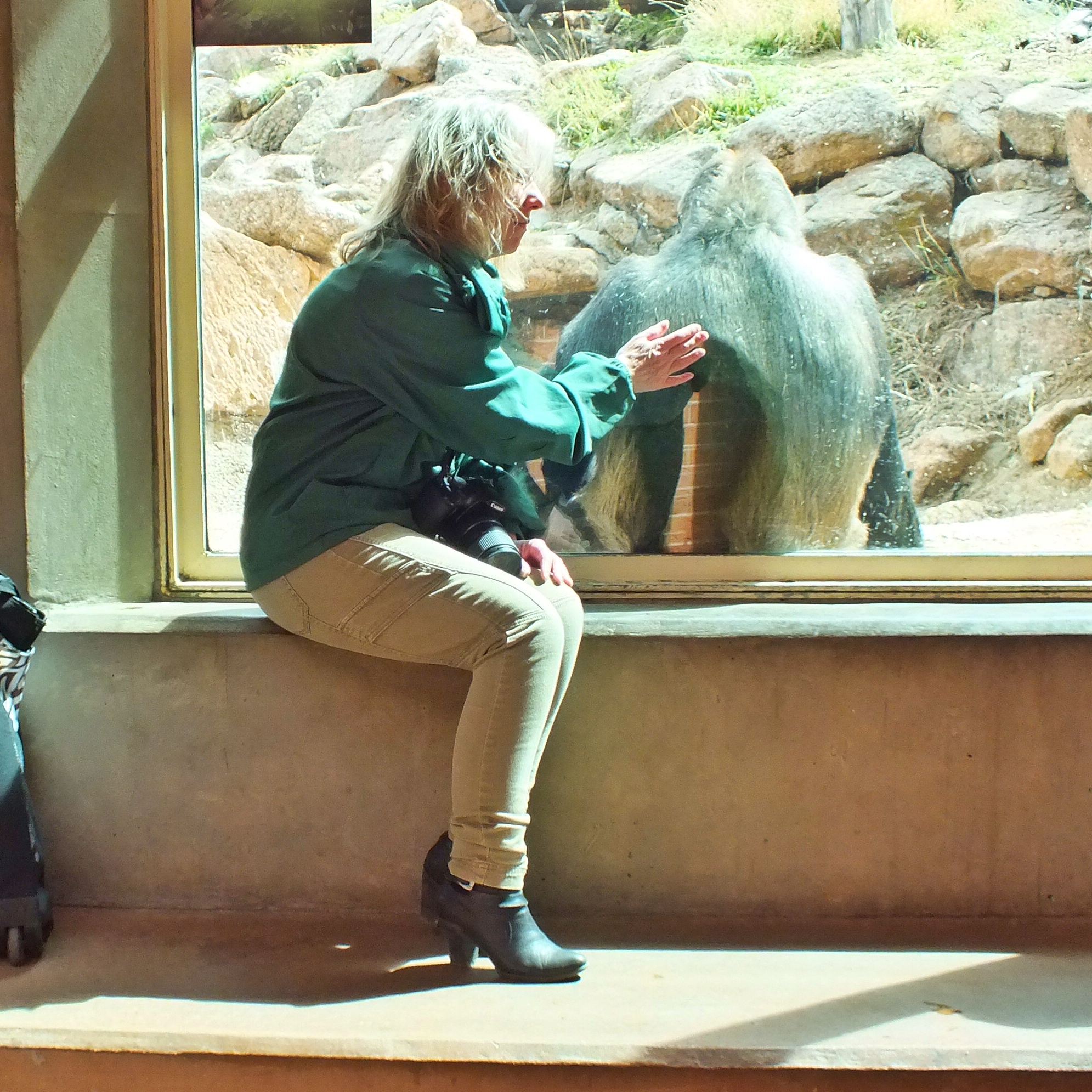 Other animals just chilled in the sun. 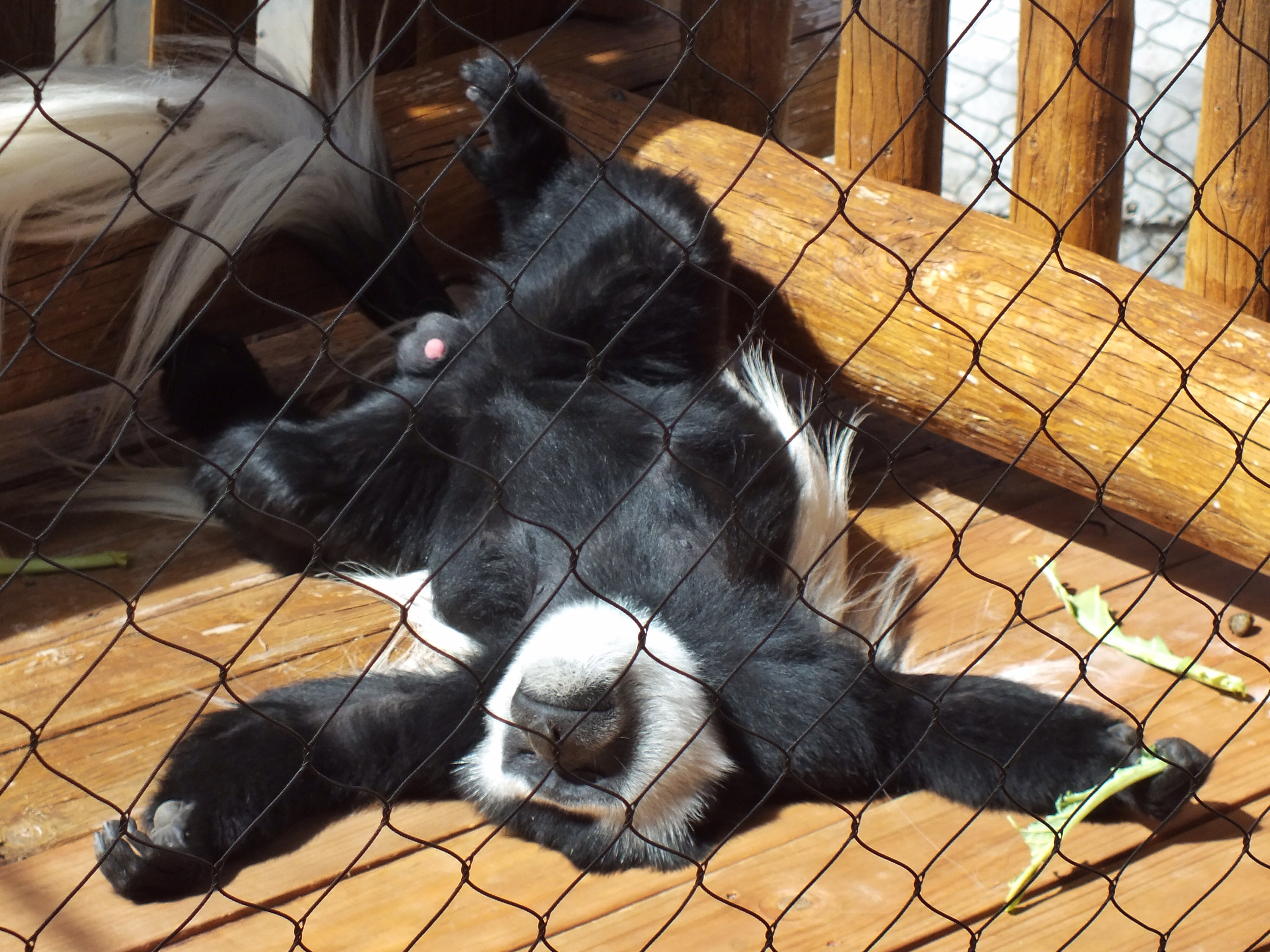 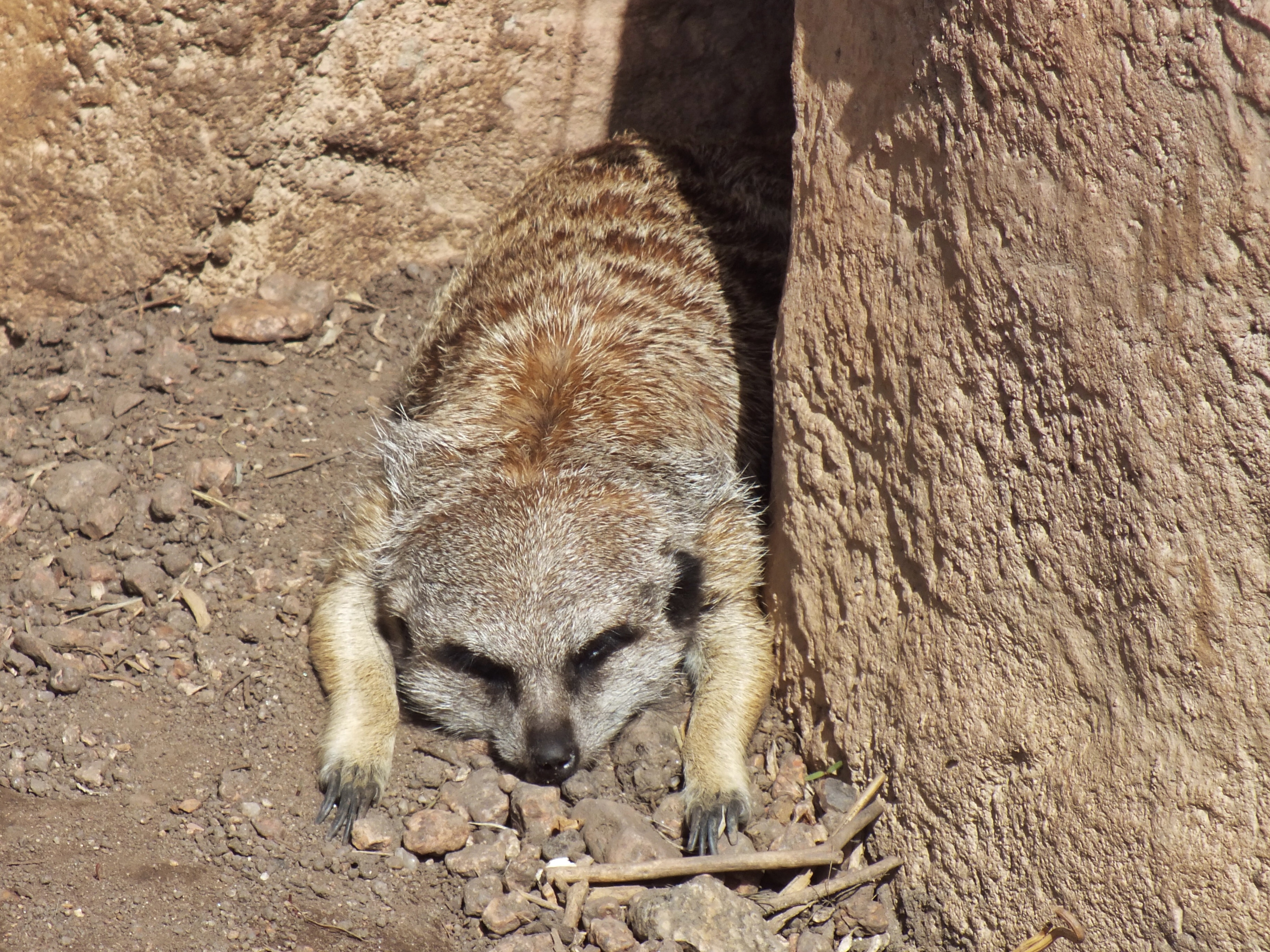 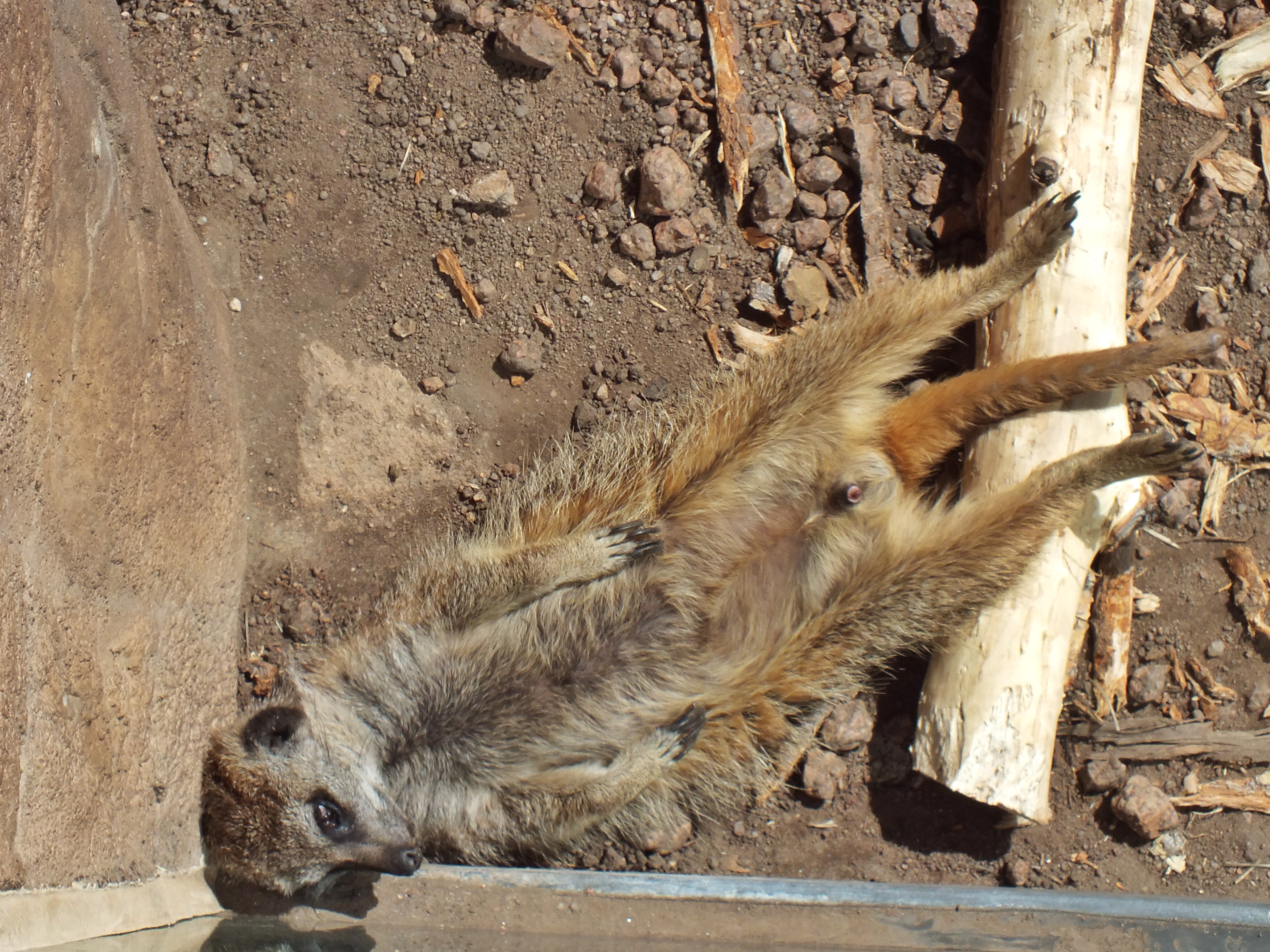 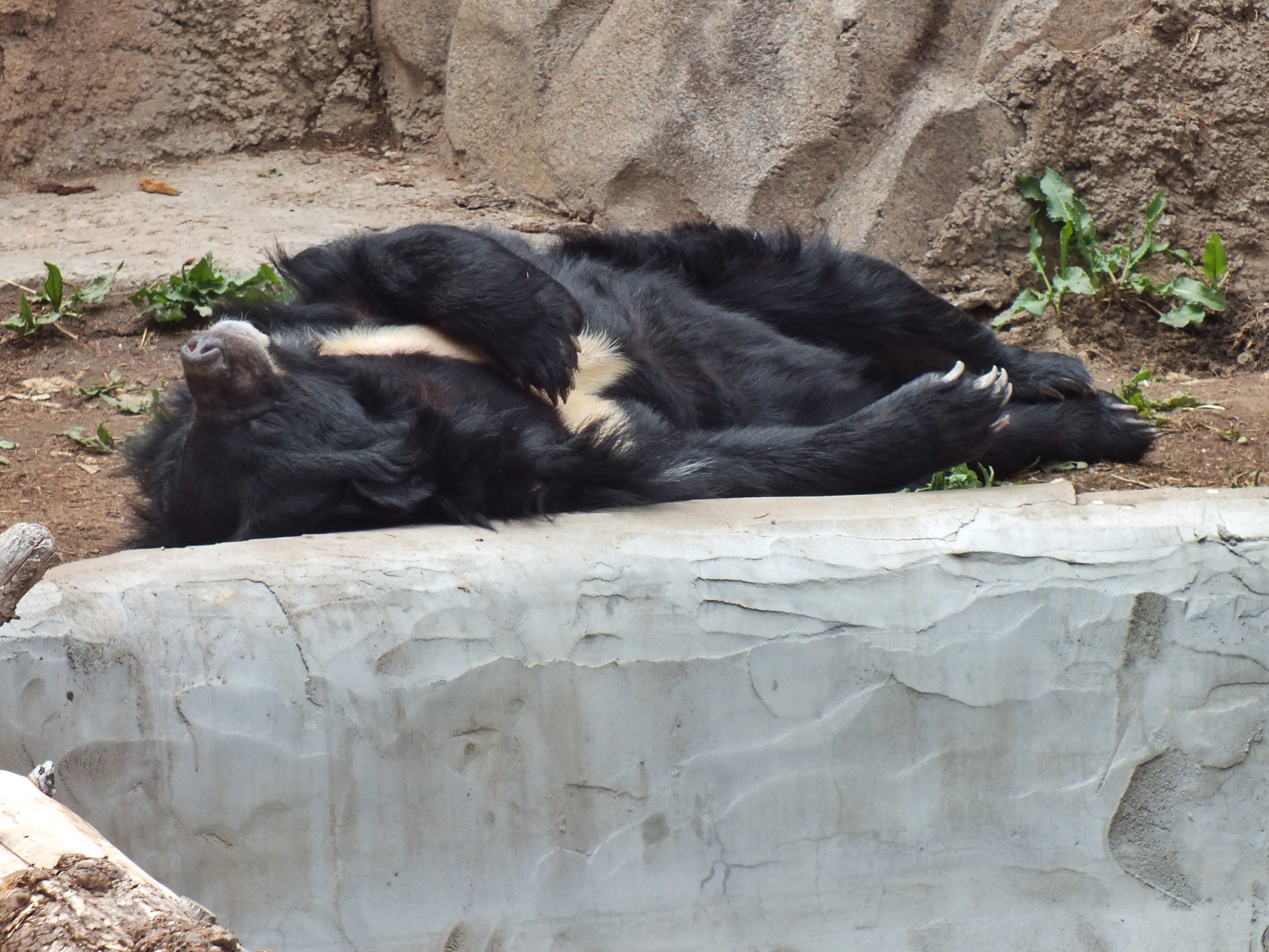 Have you ever considered that a zoo could totally get away with having 75% of its animals be stuffed. Who would know?

And then there were the views. 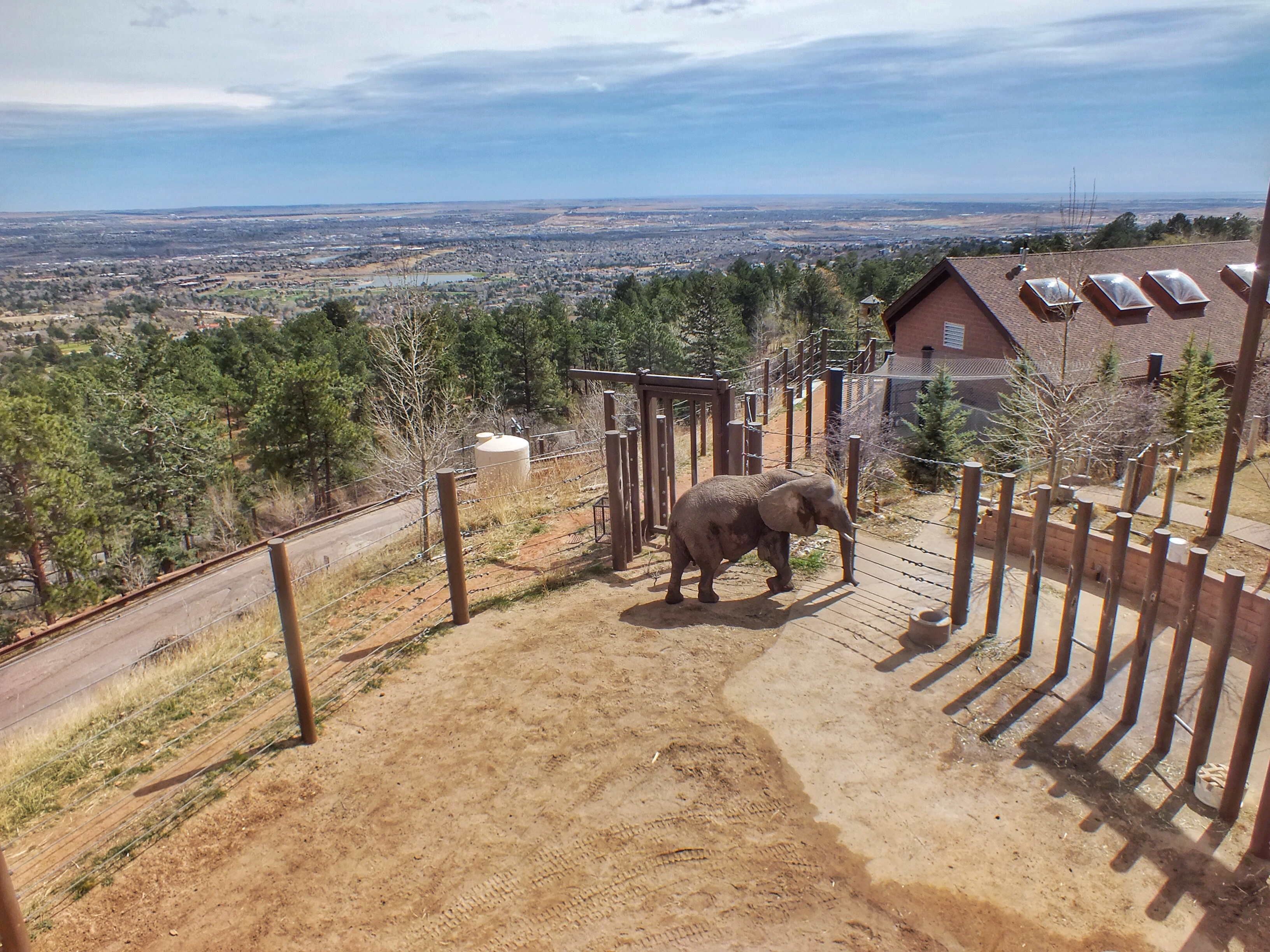 Note the lion at the bottom of the photo. 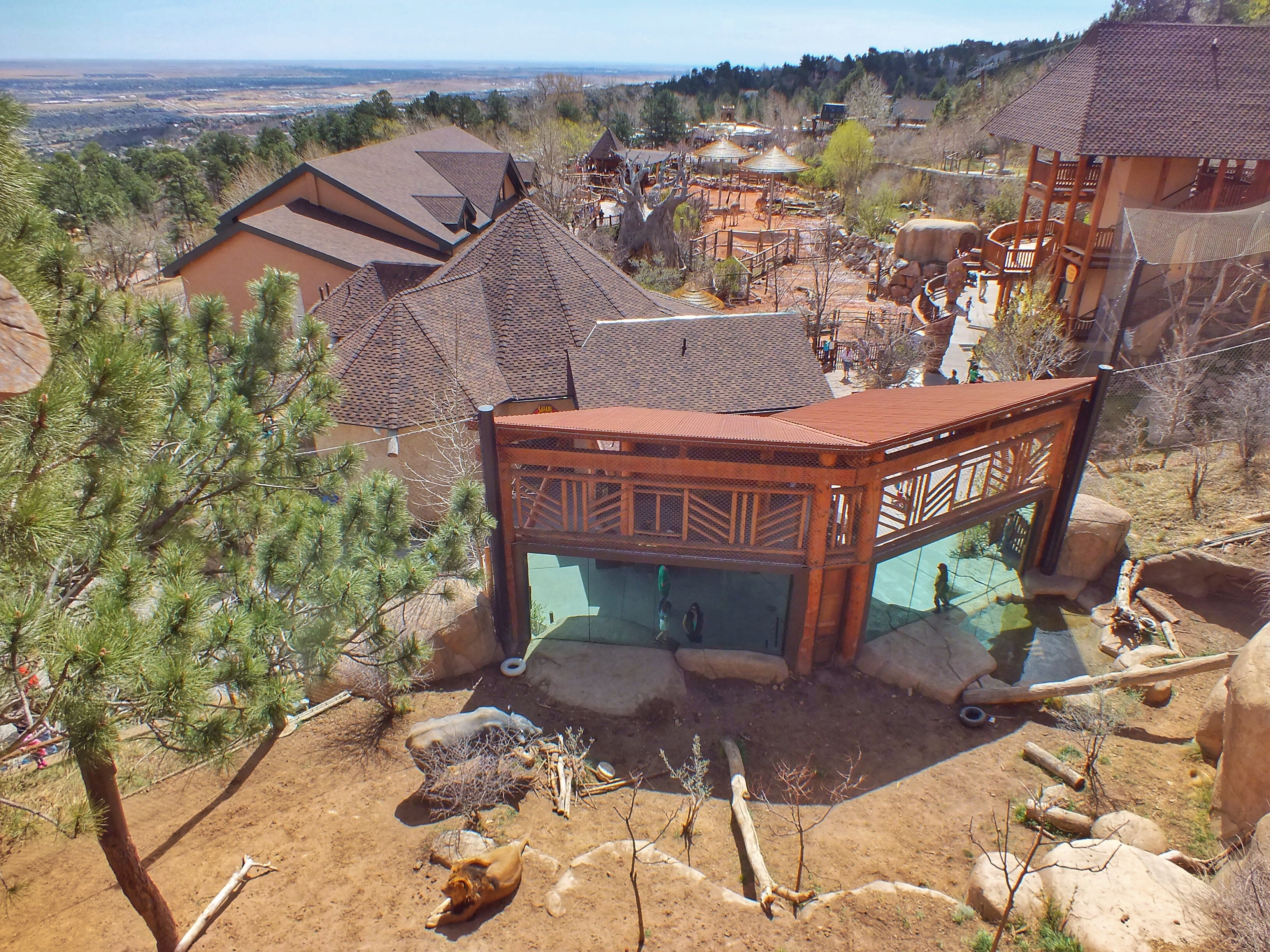 We paid an extra $7.50 to take the sky ride up the mountain and back. There wasn’t much to see at the top except a snack stand, a playground, and the view. 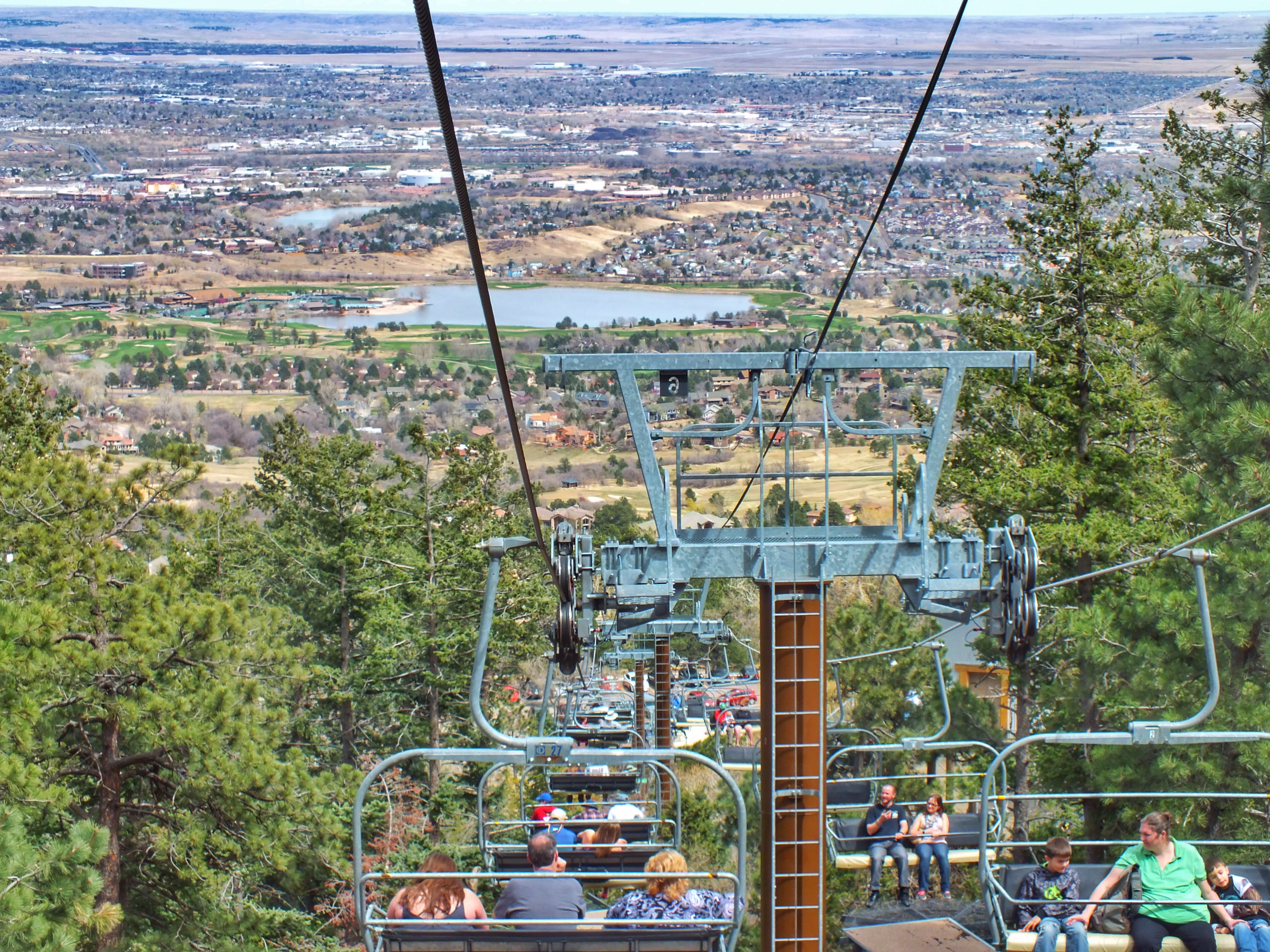 We’re not real big on zoos, but we both agreed this one was worth a return visit sometime.