Will Rogers Shrine of the Son

Spencer Penrose made millions in mining. He invested in the Colorado Springs area—the Broadmoor Resort was his most notable achievement. He sponsored the first race up Pikes Peak, and the Cheyenne Mountain Zoo is his creation.

He also built a tower on the side of Cheyenne Mountain and named it for his friend, Will Rogers, who died in a plane crash in 1935 while the tower was being built. It’s called the Shrine of the Sun because, for a few seconds every morning, the sun catches it just as it rises in the east and lights it up in a spectacular way. 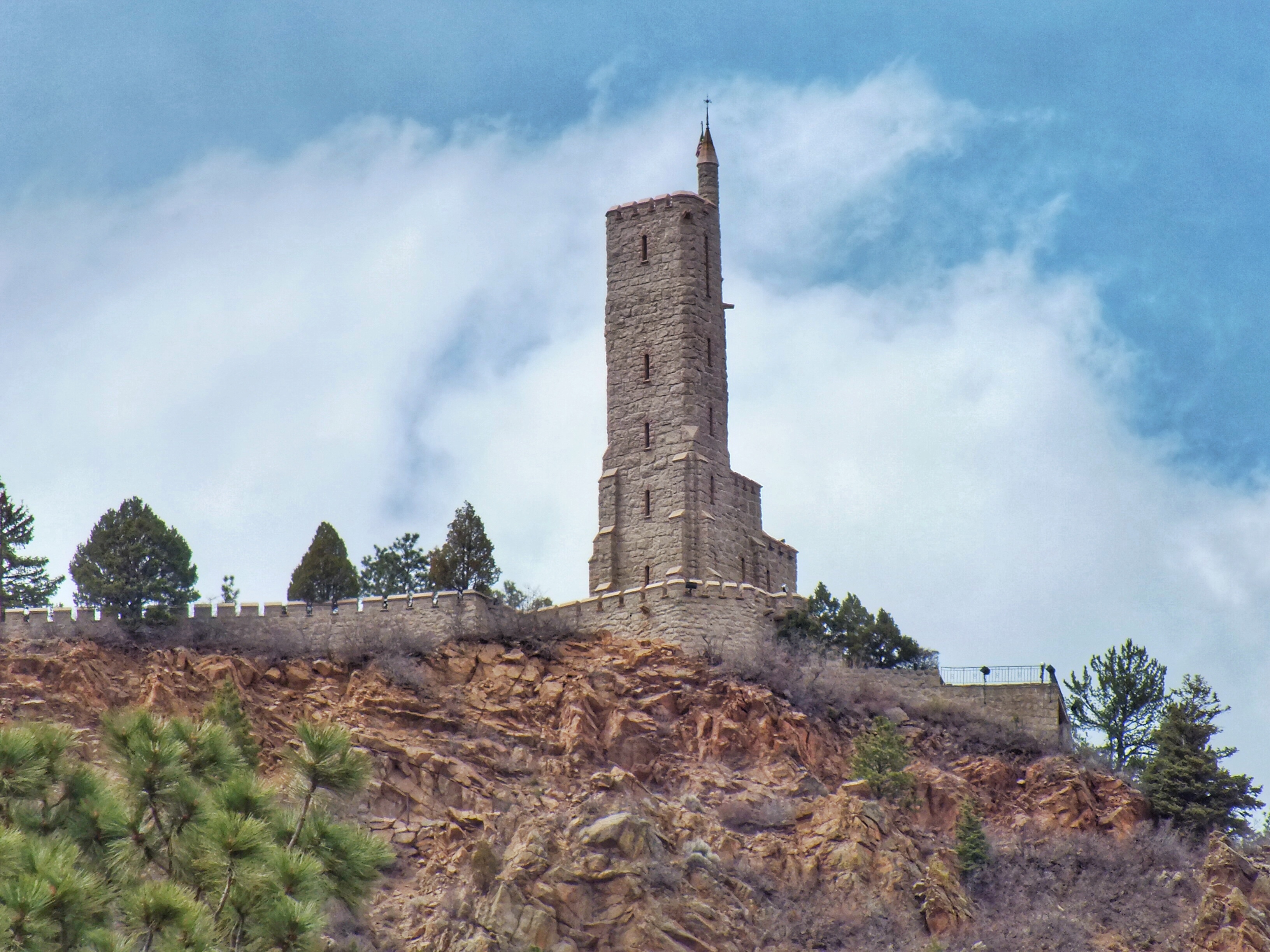 Our admission to the zoo gained us access to the tower. We were let in through the front gate of the zoo itself and drove through the crowd, hazards flashing, at five mph. The road then curled up the side of the mountain for a mile or so to a parking lot by the tower. 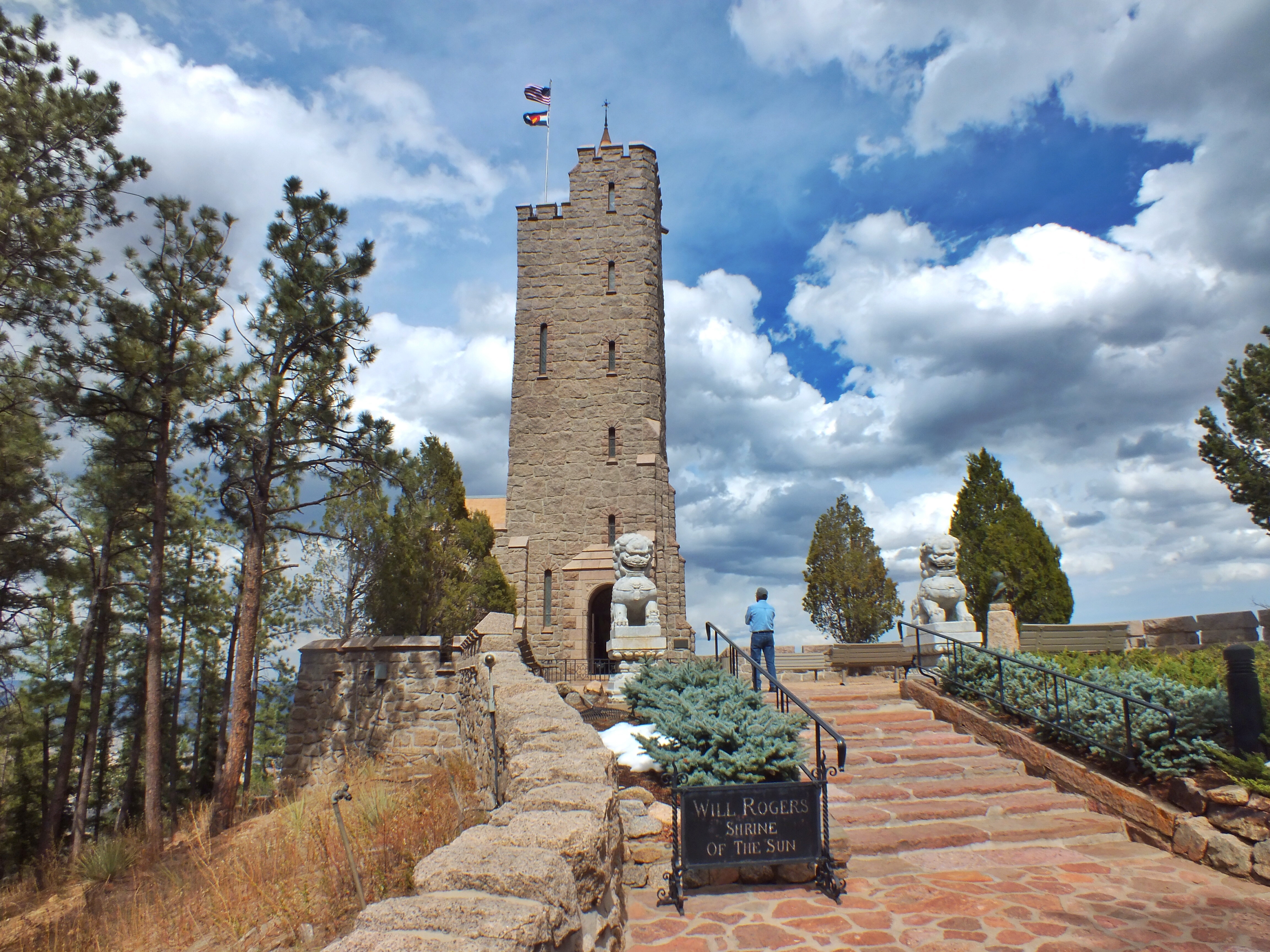 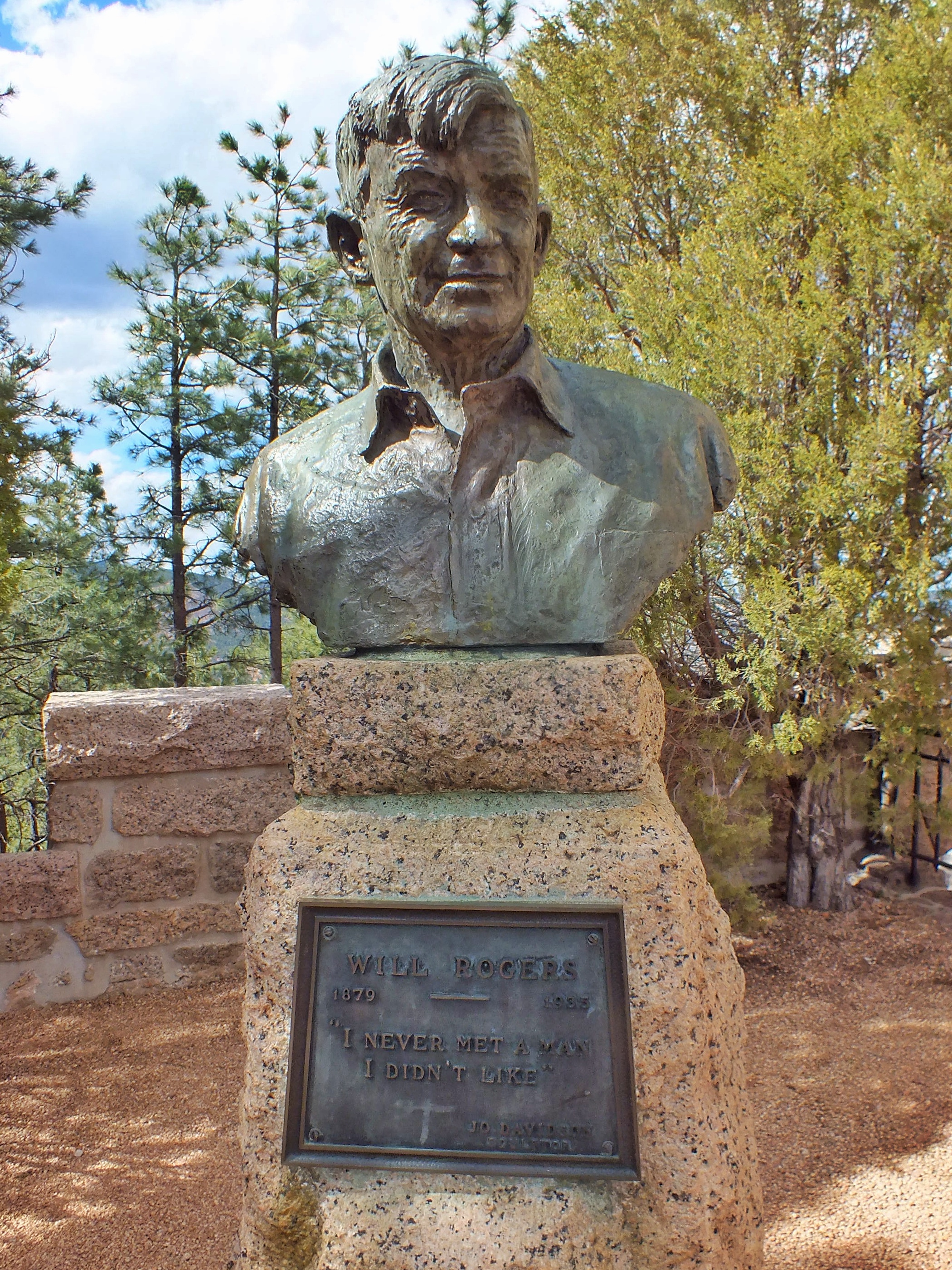 We climbed to the top, stopping at little rooms along the way. The first floor room had a mural of local history. 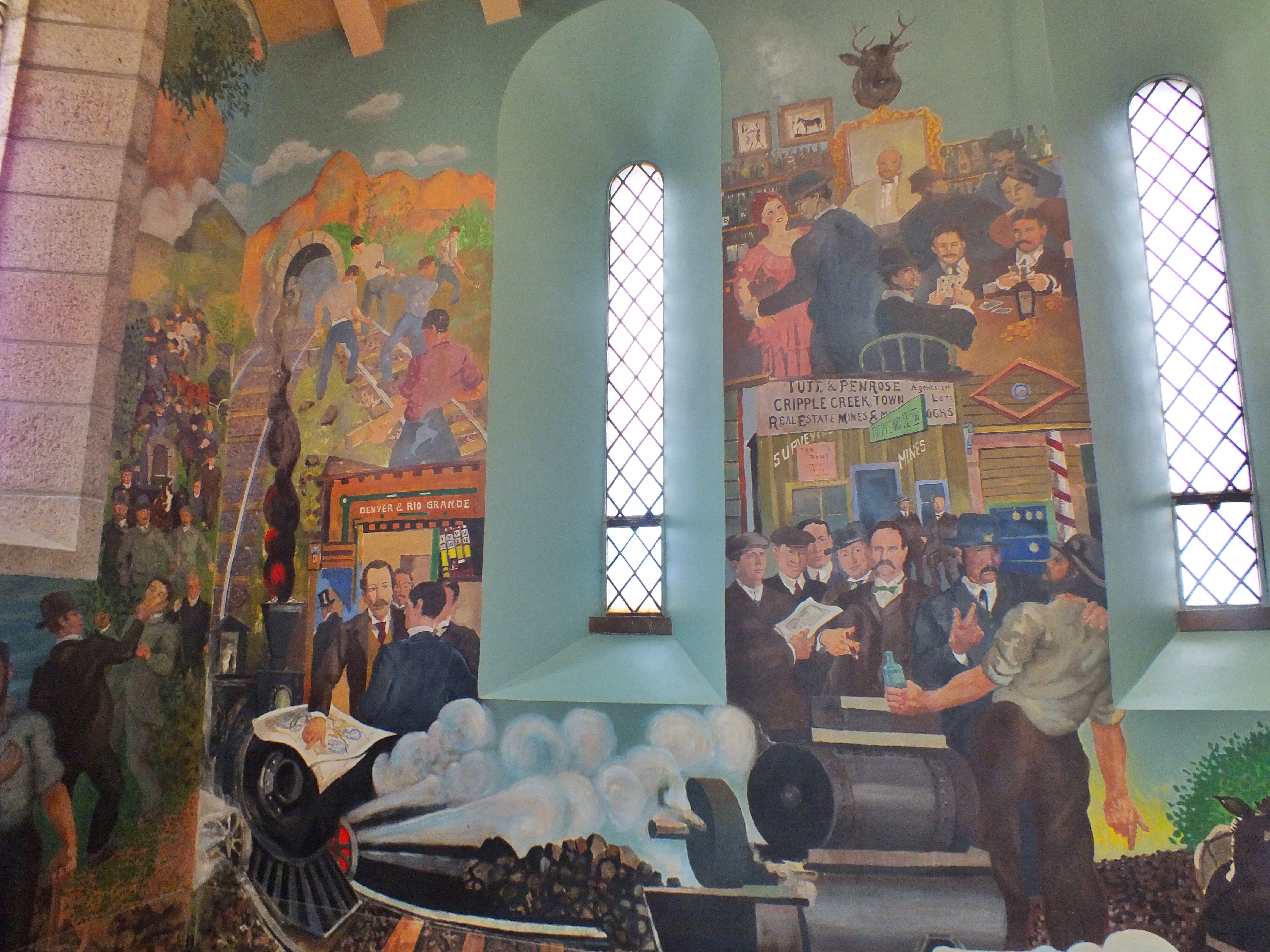 The rest of the rooms had photos of Will Rogers arranged in no particular order. 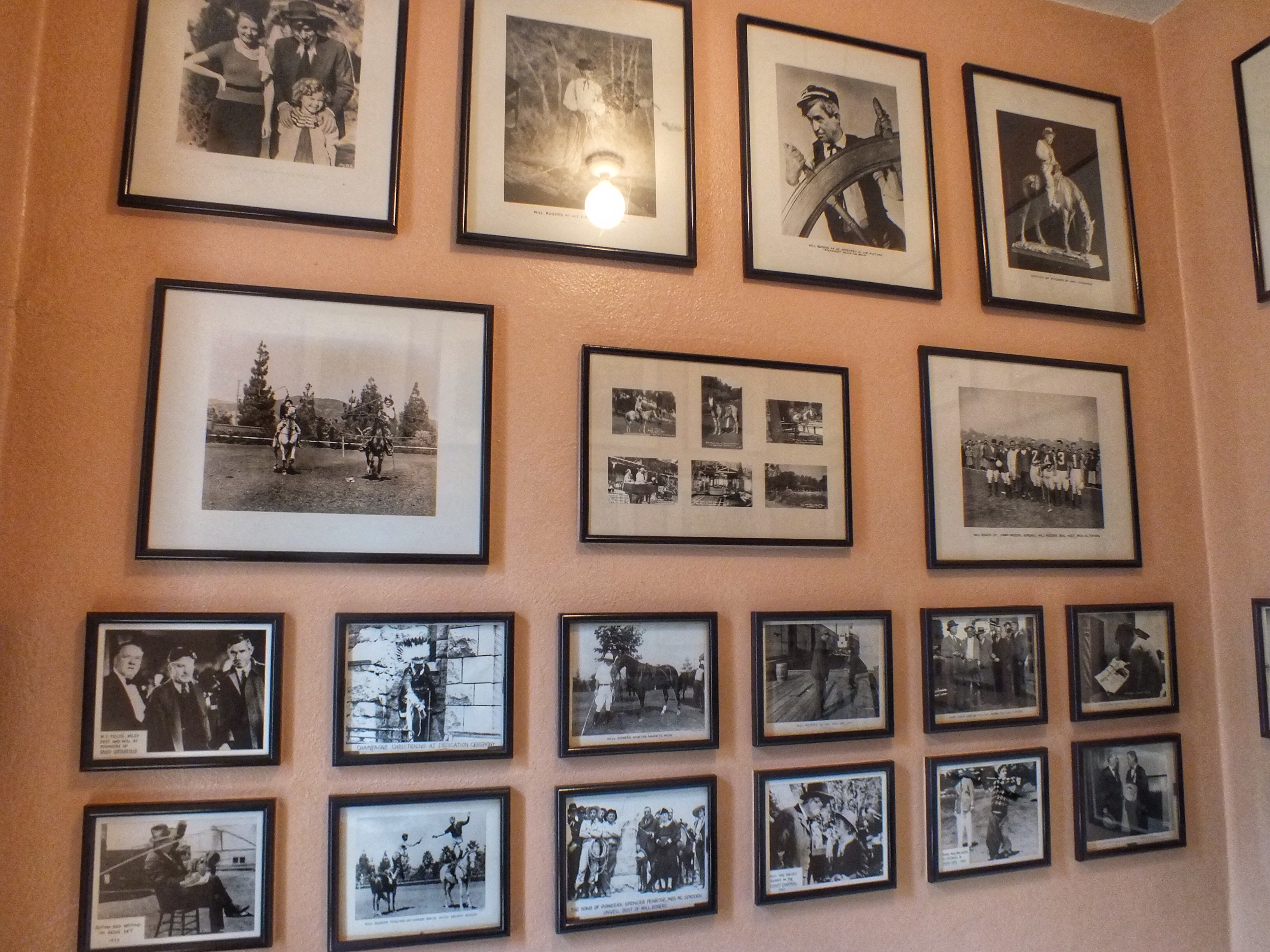 The stairway was crowded, but everyone else cleared out shortly after we got up top. The views were spectacular. 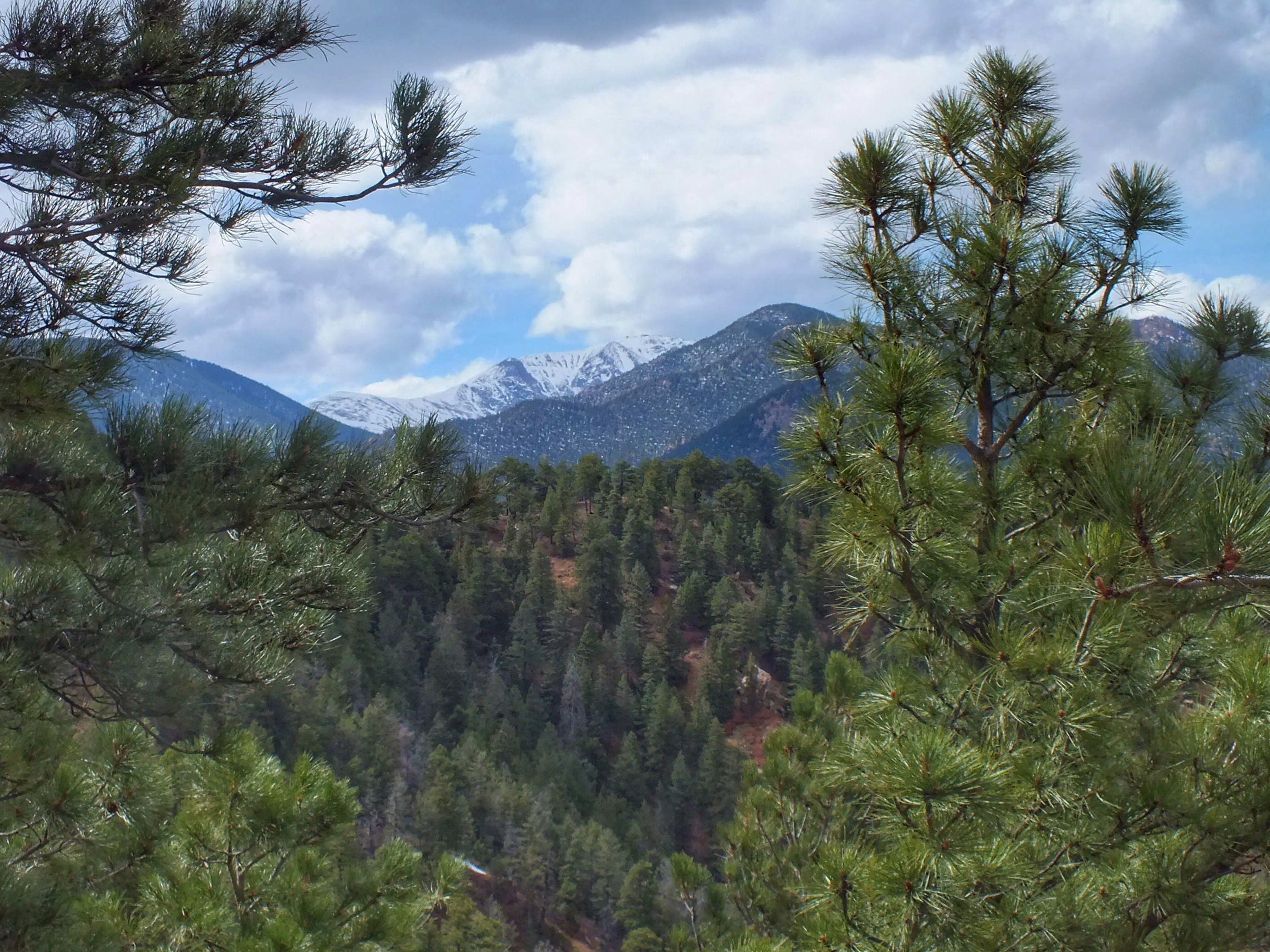 Looking north along the Rampart Range. Pikes Peak is on the left. Garden of the Gods is in the hazy distance on the right. The road up to the tower can be seen in the foreground. 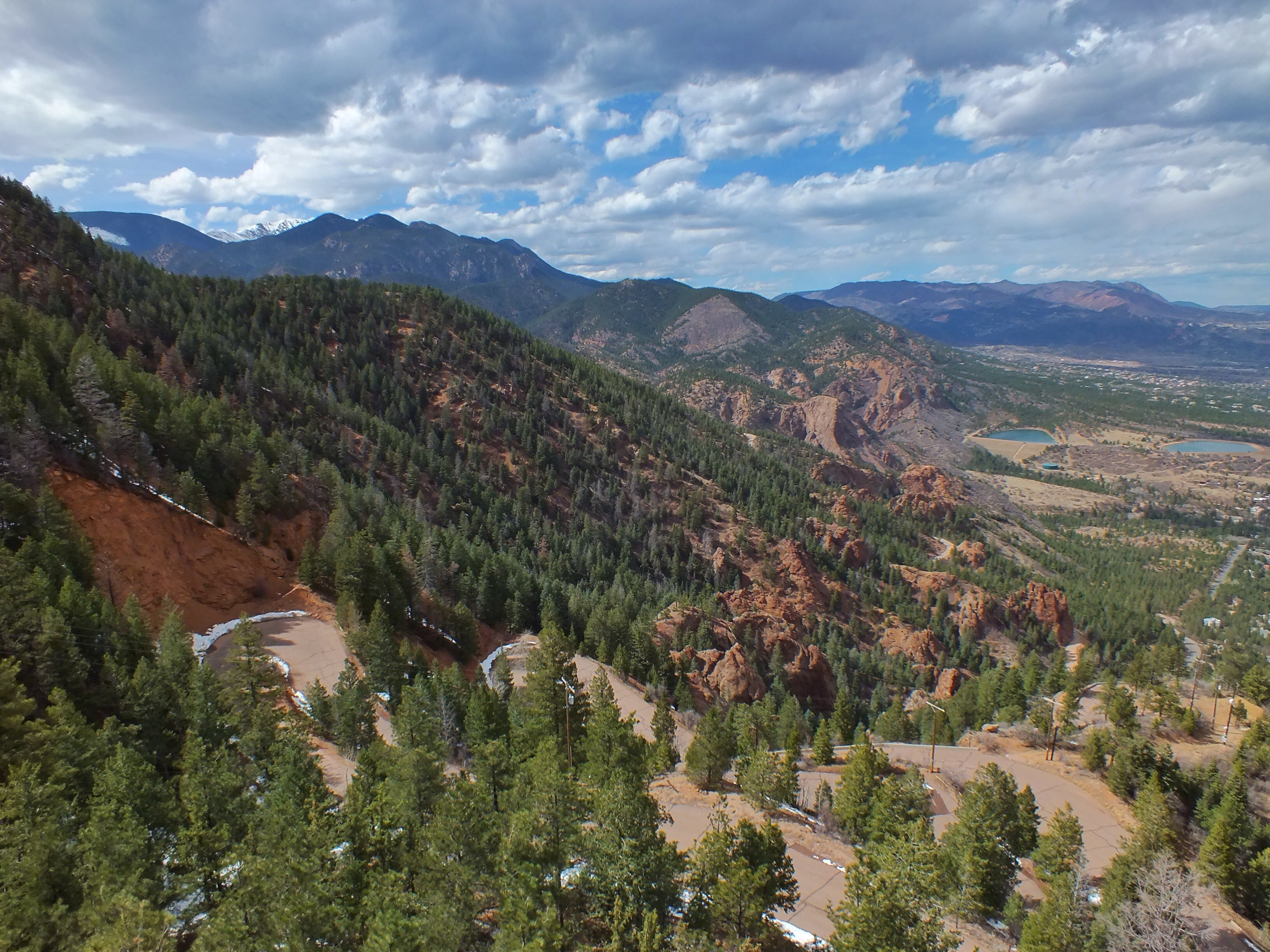 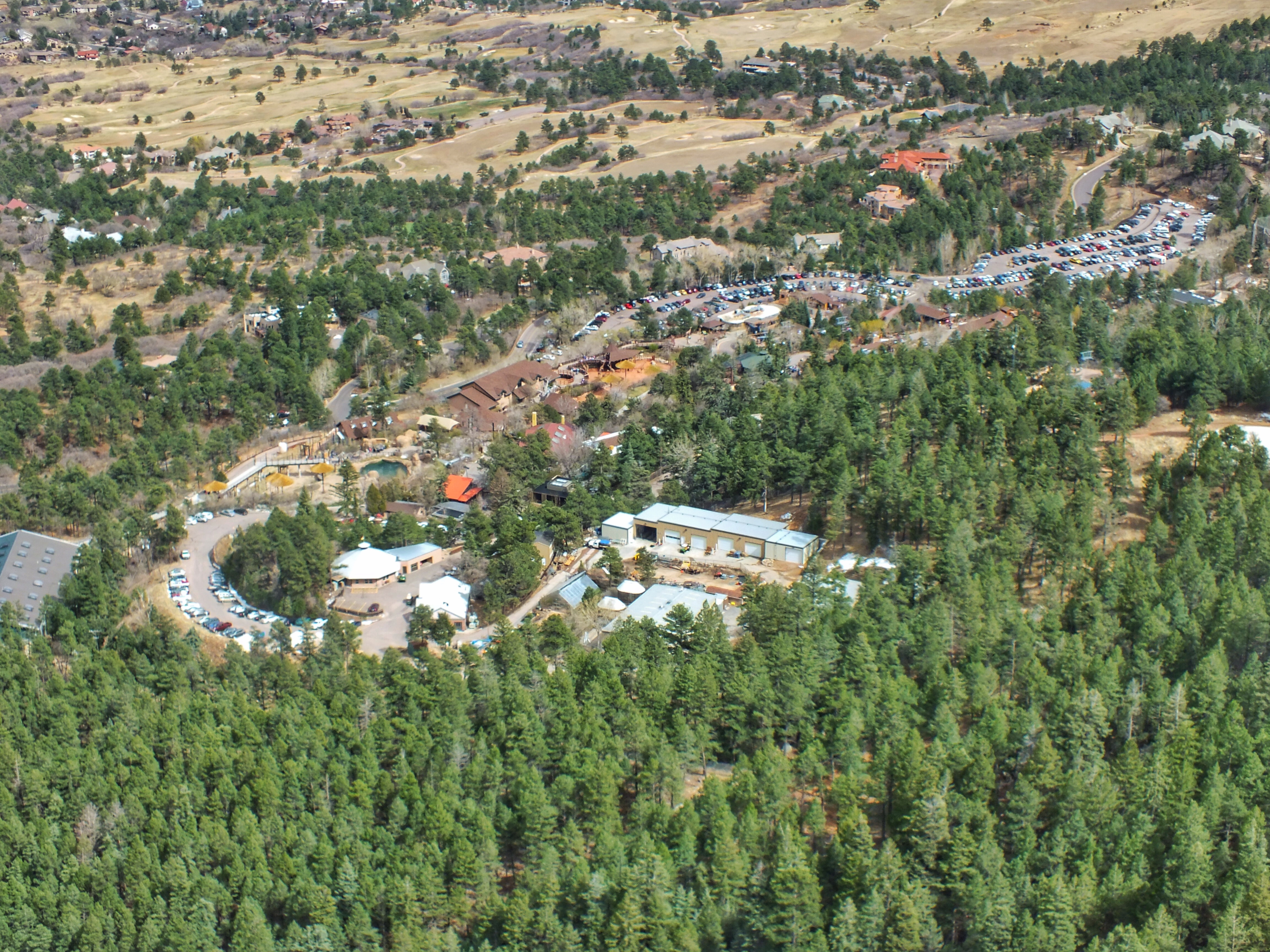 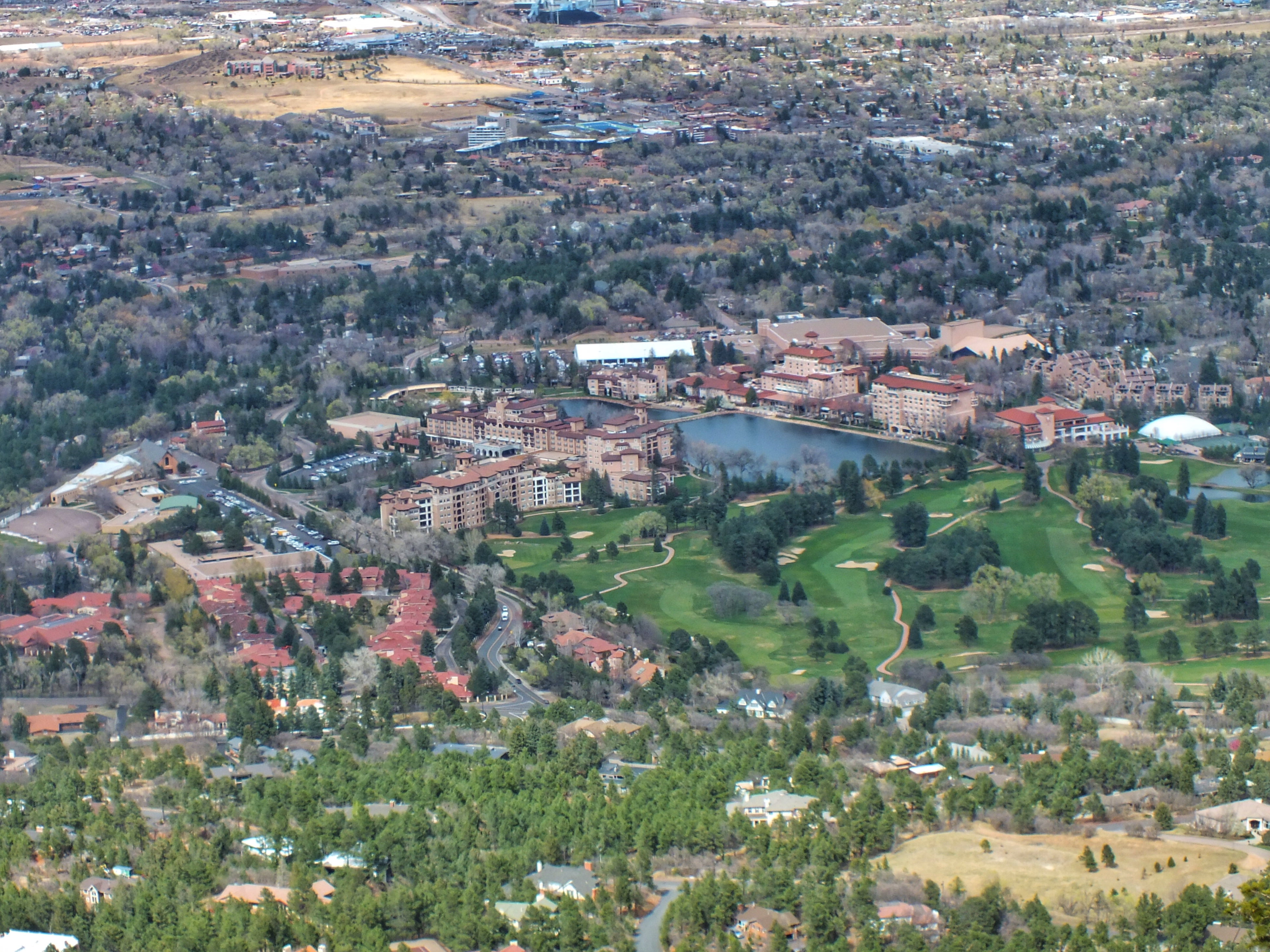 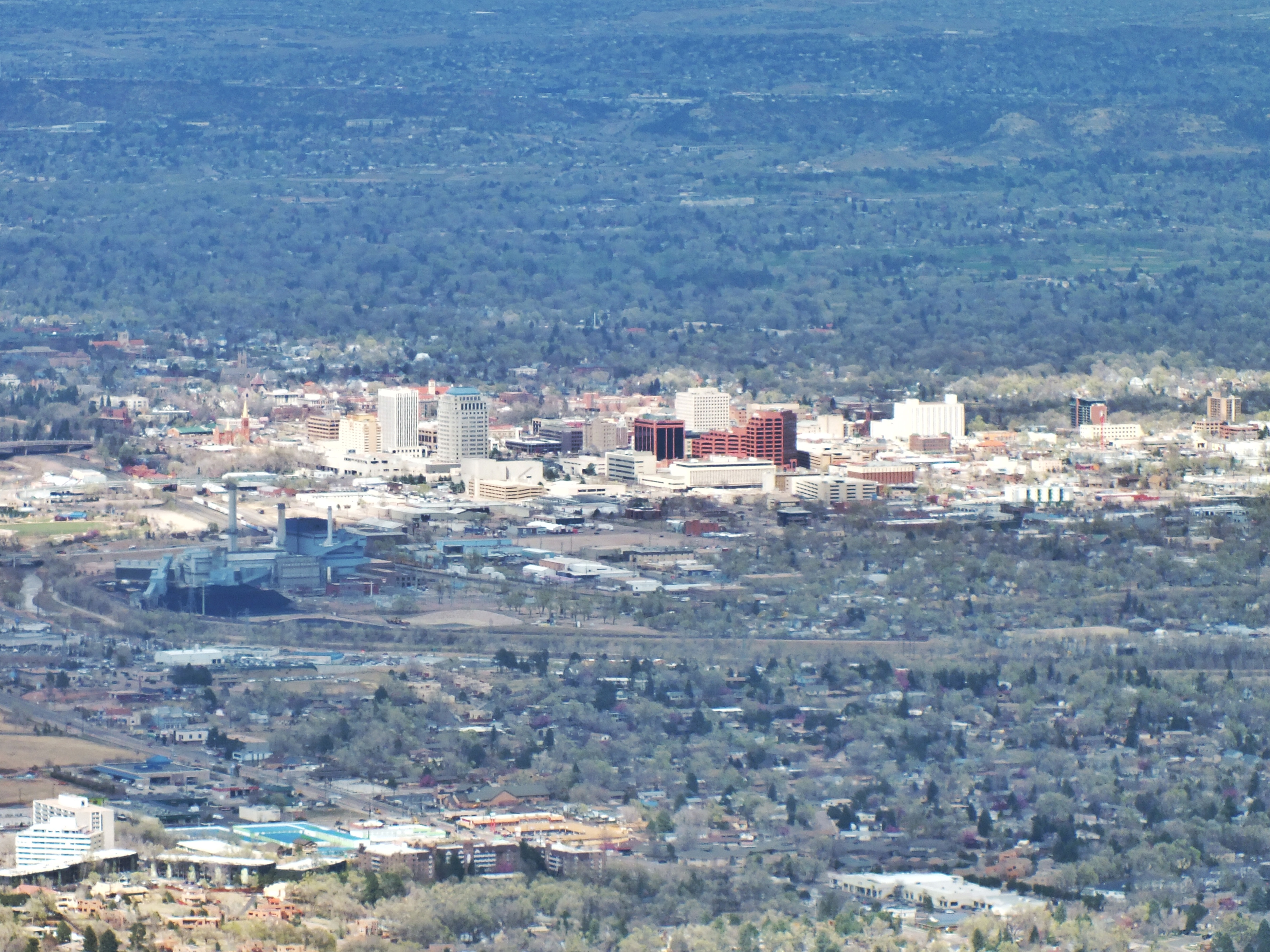 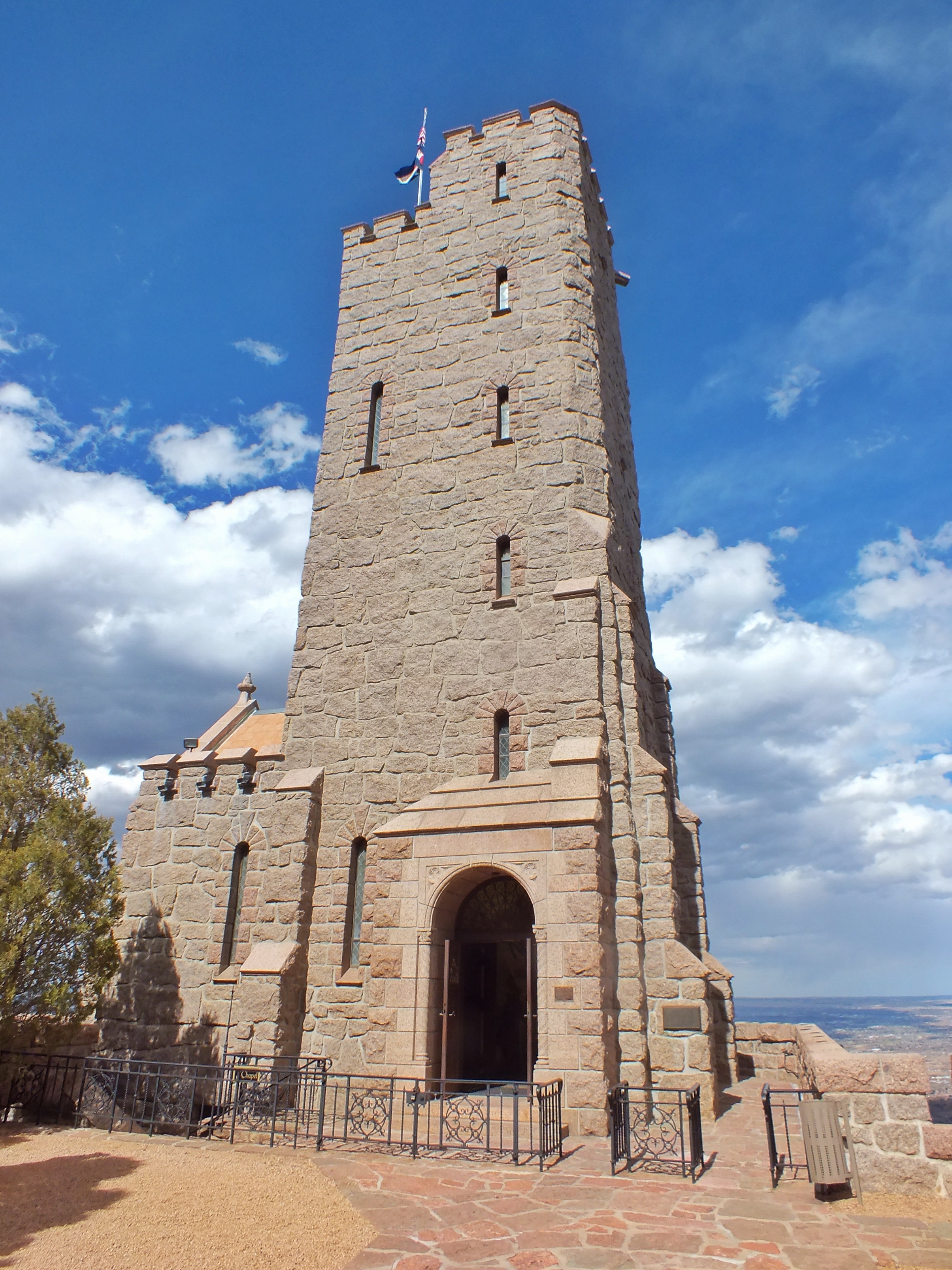 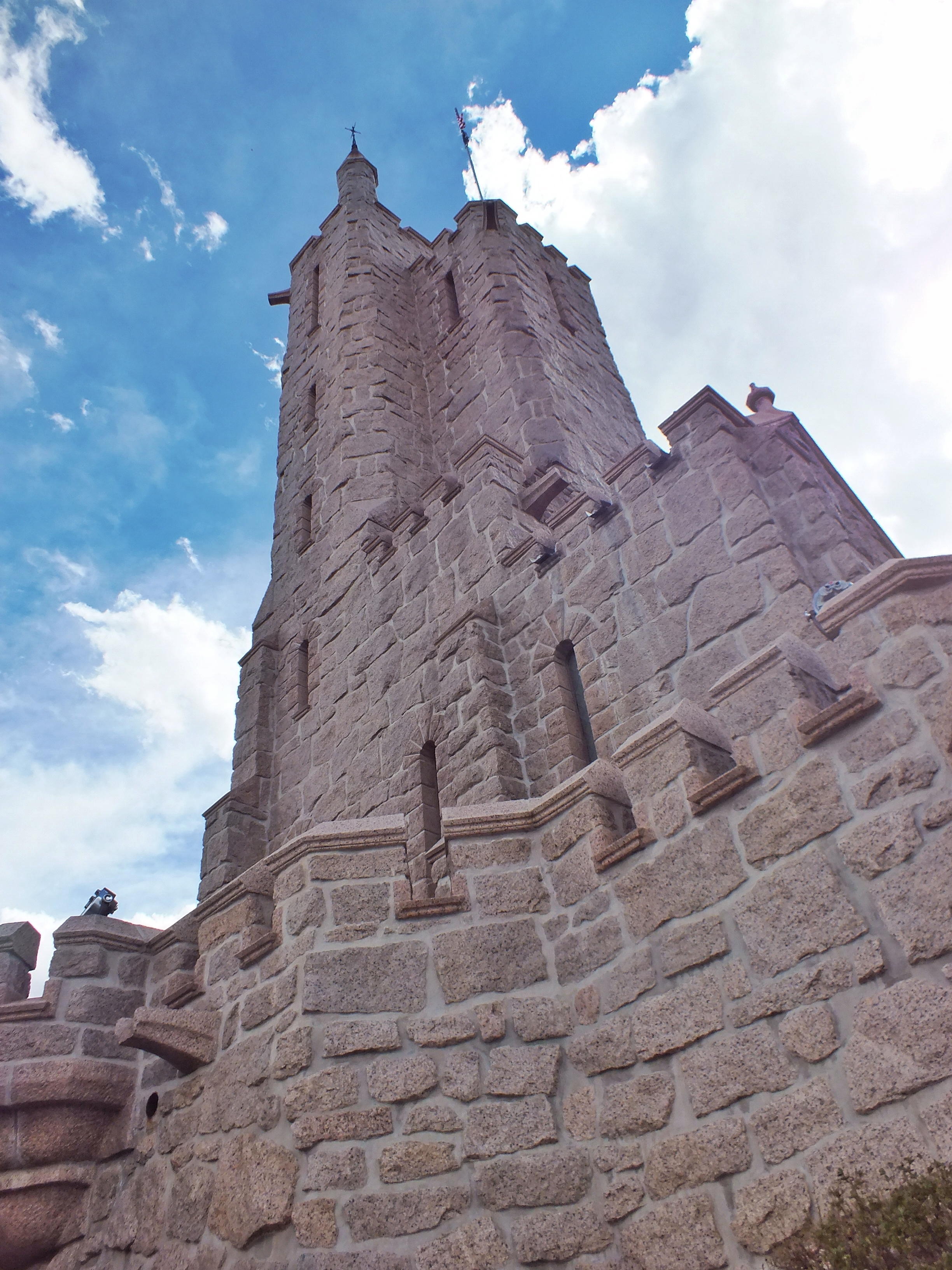 Spencer Penrose is buried in a chapel in the bottom of the tower. There’s a little exhibit about him in a building in the parking lot.

We’d probably skip the sky ride on future visits to the zoo, but I would definitely climb the tower again.