As I approached the park, I began to wonder. I was in the middle of town, with all sorts of businesses lining both sides of the street. There was an intersection, and then suddenly I was in the park. The main road cut right through the middle of the battlefield, and traffic was cruising through at high speed. I stopped at the visitor center, and it was crowded too.

The battlefield wasn’t that interesting. During the fight (on September 19-20, 1863) the two armies faced each other on a long front that ran through woods and fields. Today, all along the front, there is a long line of monuments and statues. 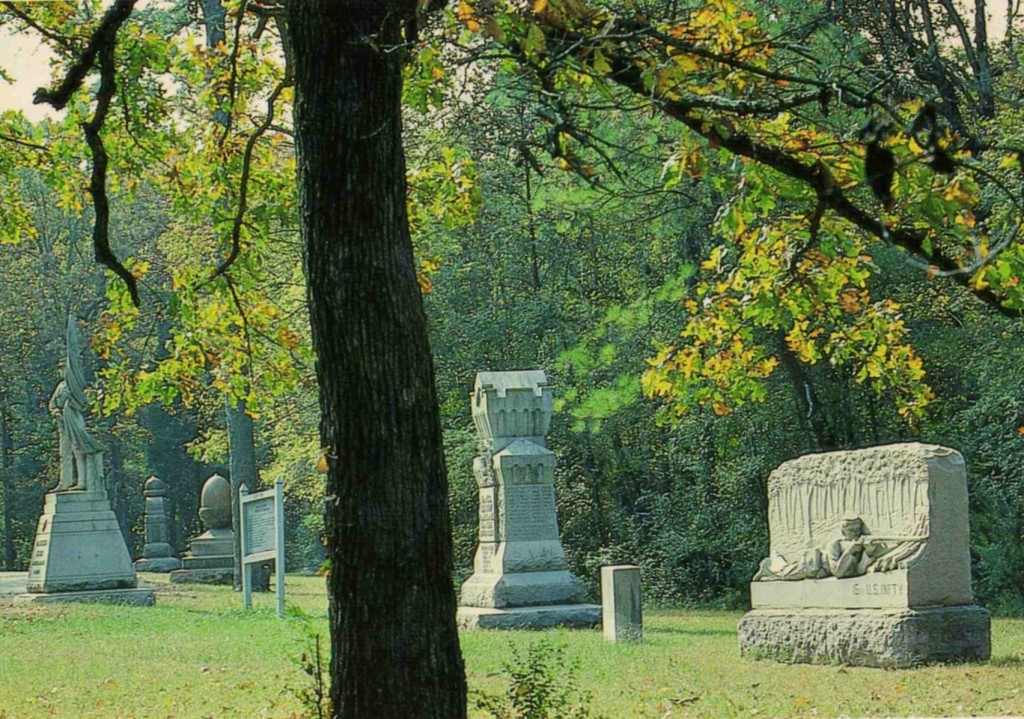 The tower in this postcard is the Wilder Tower, built on the site of Union counterattack. 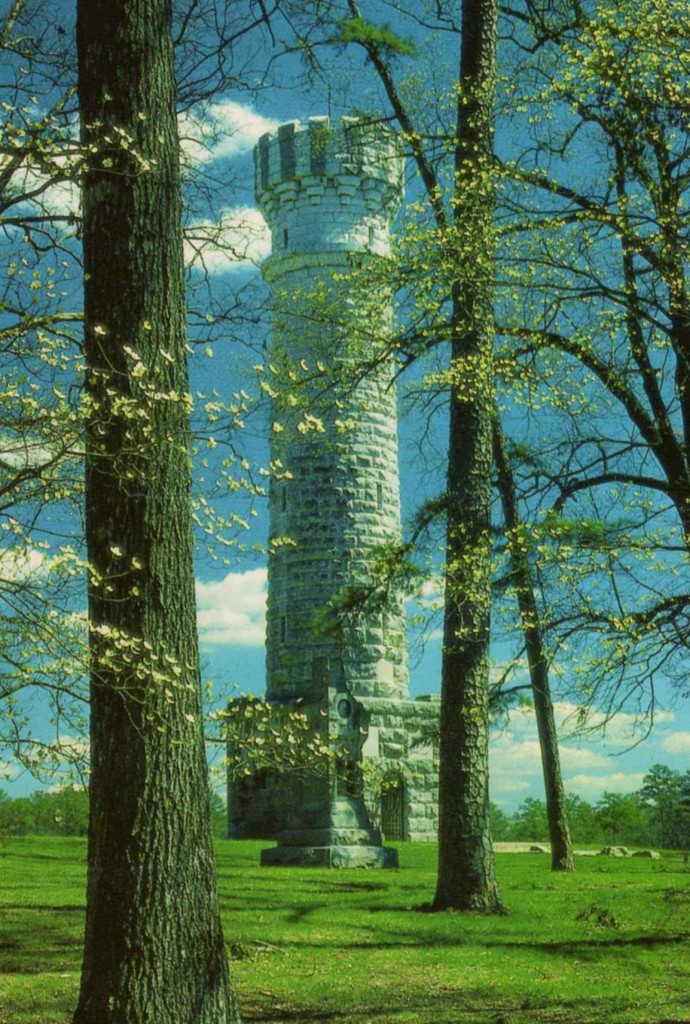 This is the Brotherton Cabin, the site of an attack by Confederates under General Longstreet. Two of the Brotherton sons were in the Confederate Army. Longstreet’s forces broke through the Union lines and caused a frantic retreat. It all looks very peaceful and serene in this postcard. What you can’t see is the steady stream of 50-mph traffic, including a lot of trucks, flying by just to the left of this shot. 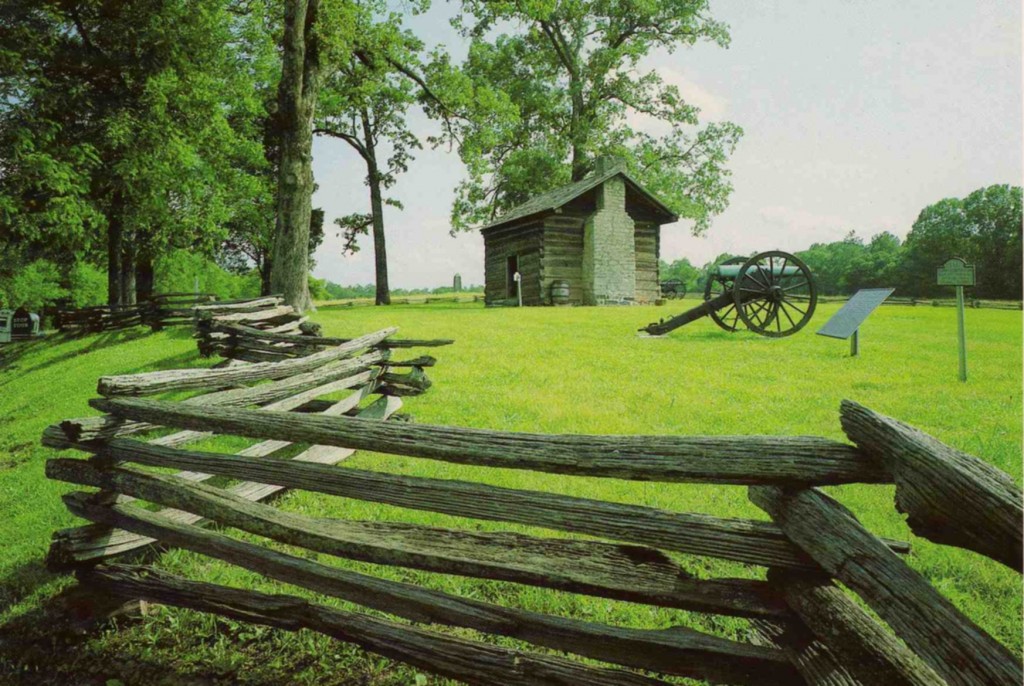 I cruised through this part of the park with just a few quick stops. I wished I had more time to spend, but I had it better off than another guy I saw. He pulled off at two or three stops just as I did. He could get out of the car with his video camera and start shooting. His wife sat in the car looking sullen. His two kids ran back and forth from him to the car yelling at him to hurry up because mom wants to leave.

The one place I did get out and walk around was Snodgrass Hill, where Union General Thomas held off the attacking Confederates and saved his army. 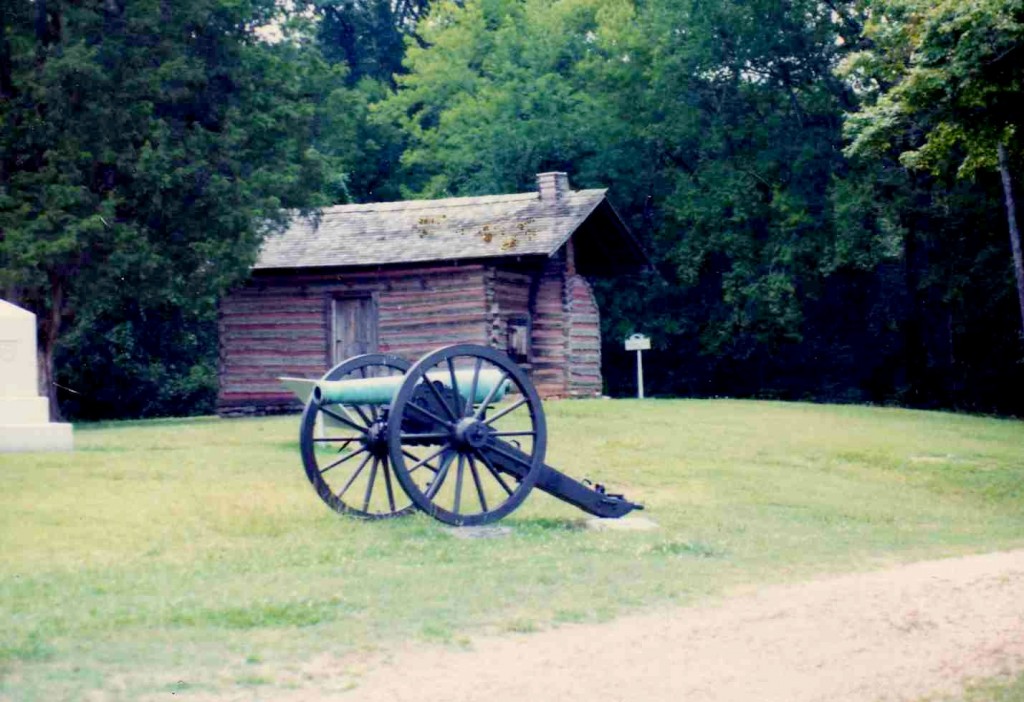 This is the monument to the 82nd Indiana Regiment. In the woods just behind it, I had an incredible five minutes of birding. I stood in one spot and watched as a parade of birds foraged by. I saw the following: Tufted Titmouse, Blue Jay, American Robin, Downy Woodpecker, White-breasted Nuthatch, Pileated Woodpecker, Red-headed Woodpecker, Red-bellied Woodpecker, and Yellow-billed Cuckoo. 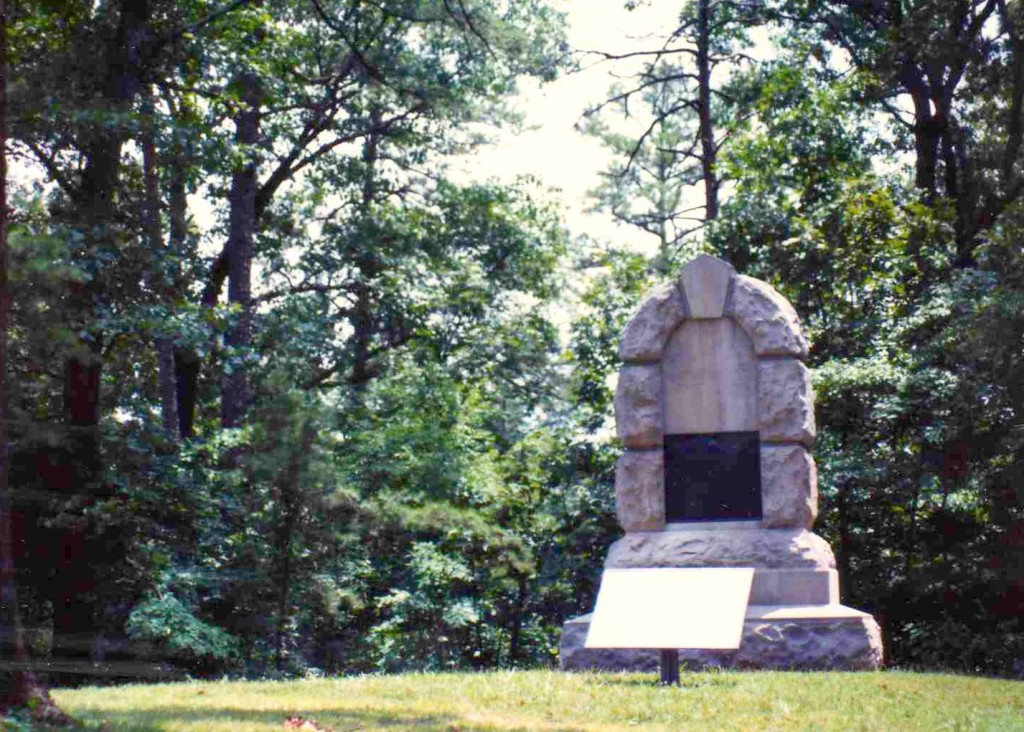 I hiked around the hill for a while, then stopped at the visitor center again to buy postcards. I left the park shortly after 4:00. I bought supper at Wendy’s and ate it while I drove toward Atlanta. It was a hot day, and as I ate my hamburger, my Frostie melted. I took a sip of it and, as I lowered the cup, the still-frozen middle sloshed down into the melted portion and sent up a geyser of chocolate that covered my shirt and my face, including my sunglasses. I had to whip them off to see the road. I cleaned off as well as I could at 70 mph, but the shirt was ruined. For some reason, that morning I had thrown an extra clean shirt in the back seat, something I’m not in the habit of doing. It came in handy.