It took me just under two hours to drive from Cowpens to Ninety Six, even with the series of thunderstorms moving through the area. In the thriving burg of Mountville, a storm had knocked a large branch onto the electric wires. The entire town had turned out to deal with the crisis. A bunch of old ladies in ponchos were standing in the center of the road directing traffic. Another large group was crowded around the branch while some town folk sawed the branch. Everyone else in town was standing on their porches watching the excitement. It was probably the most exciting thing to happen in the town since the Revolutionary War.

I got to Ninety Six at 4:15, and had the place to myself. I watched the video in the visitor center and struck up a conversation with the ranger on duty. He was jealous of the visitor center at Cowpens. Ninety Six, named for its distance from the Cherokee village of Keowee, was the location of a village before and just after the Revolutionary War. The British Loyalists built a fort here. It was besieged by American forces under Nathanael Greene in June 1781. The attack did not succeed, but the Loyalists abandoned it shortly thereafter.

I walked the trail slowly watching birds and watching out for thunderstorms that were still in the area. I noticed the ranger I had talked with driving around the park in his pickup, but I didn’t think anything of it. A few minutes later, while I was having a conversation with a Barred Owl, the ranger drove up. He said he was leaving for the day (the visitor center closed at 5:00, but the grounds stayed open). He’d noticed that I’d left my lights on and didn’t want me to be stranded. I hopped into his truck and he drove me back to the parking lot. I asked him how long he’d been working there. He said two months. He’d just gotten out of the army and was attending college to learn computers. He was married, and his wife was putting him through school. I asked if he was a history buff. He said no — he needed a part-time job to supplement their income and a buddy told him about the opening at the park. I’d love a part-time job like that. Some guys got it good and don’t even know it.

Anyway, I couldn’t get my car started. The ranger went into the visitor center to look for jumper cables. Just then a local guy drove up with his dog and asked if there was a problem. He told me not to worry. If the park didn’t have cables, he’d try to push start it with me. If that didn’t work, he only lived four miles away and would scoot home and get his cables. Meanwhile, a second ranger showed up and found some cables in the storage shed. A third ranger (I don’t know where they all came from) drove up in a Blazer and parked next to me. They hooked up the cables, then the four of them stood and watched as I started my car. I got it going and got out to thank them and shake hands all around. They told me to drive it around for a bit to recharge the battery. I headed up the road a ways. When I got back, I had the entire park to myself.

I headed out on the trail again. There were two forts on the site. The Star Fort was the one besieged by Greene. 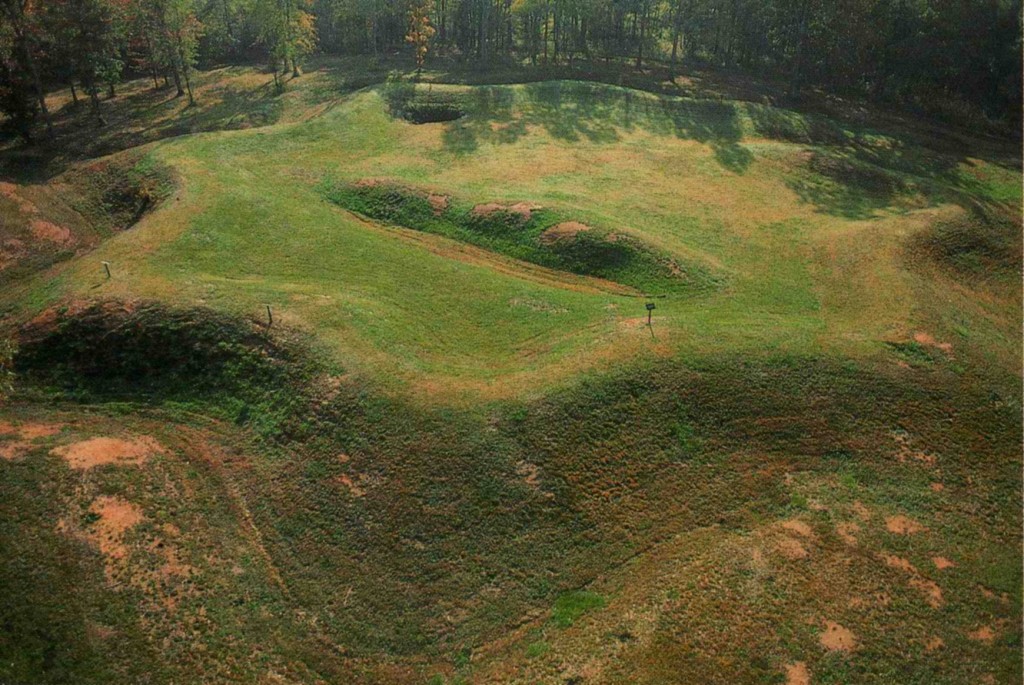 The other one was built around the farm of Loyalist James Holmes to protect the principal water source. It was attacked by “Light Horse” Harry Lee and abandoned. 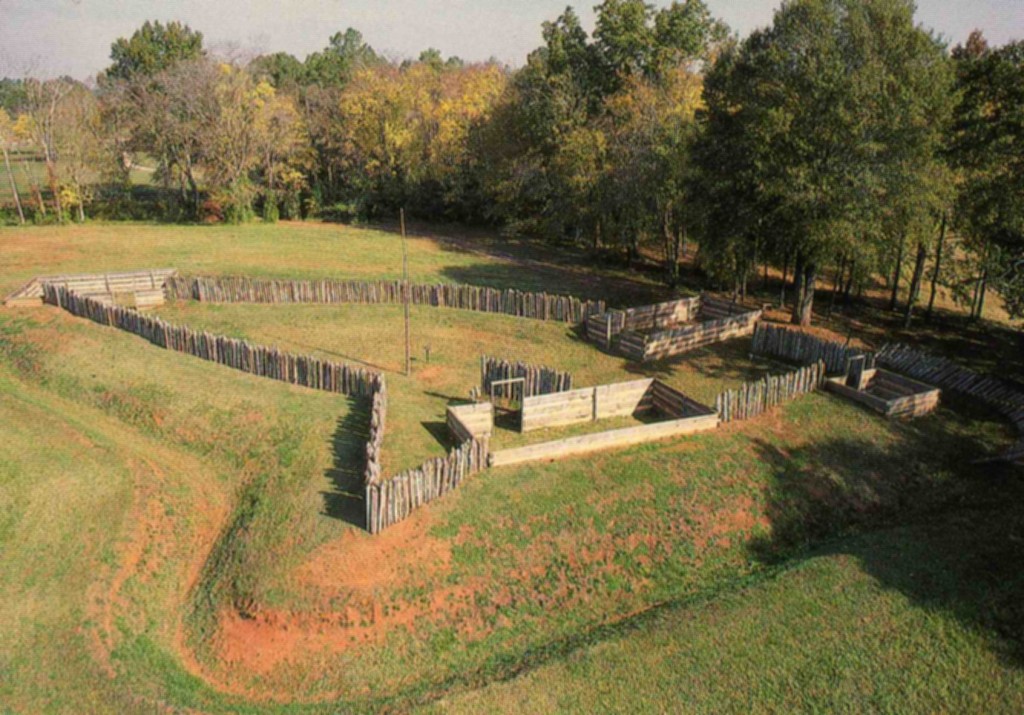 The Island Ford Road, worn down by wagon traffic and animal hooves. 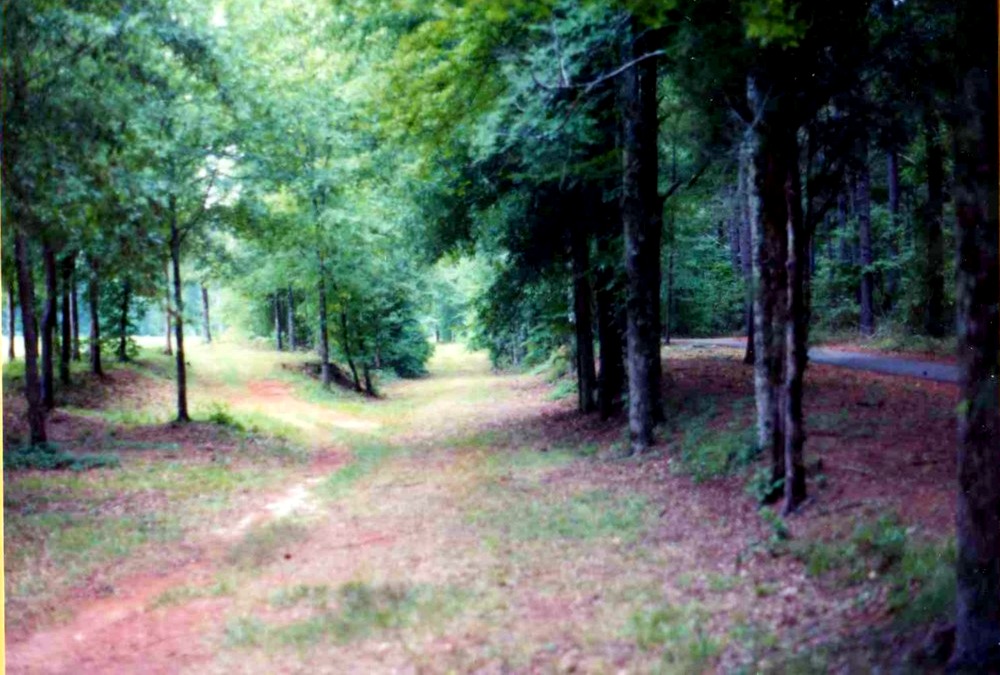 Looking from the wall of the Star Fort toward the siege trenches, still visible zig-zagging across the field. 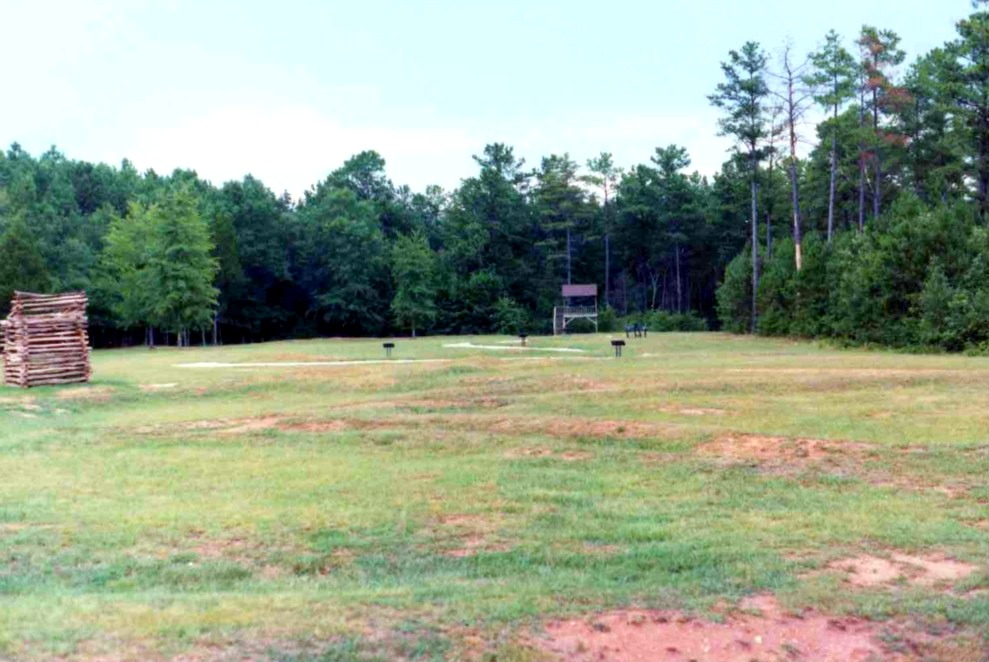 I took this shot from the tower visible in the distance of the previous photo. The path follows the zig-zag trenches. The Star Fort is in the distance. The blocky log-thing in both photos is a reproduction of a tower Greene’s army built so the soldiers could shoot into the fort. 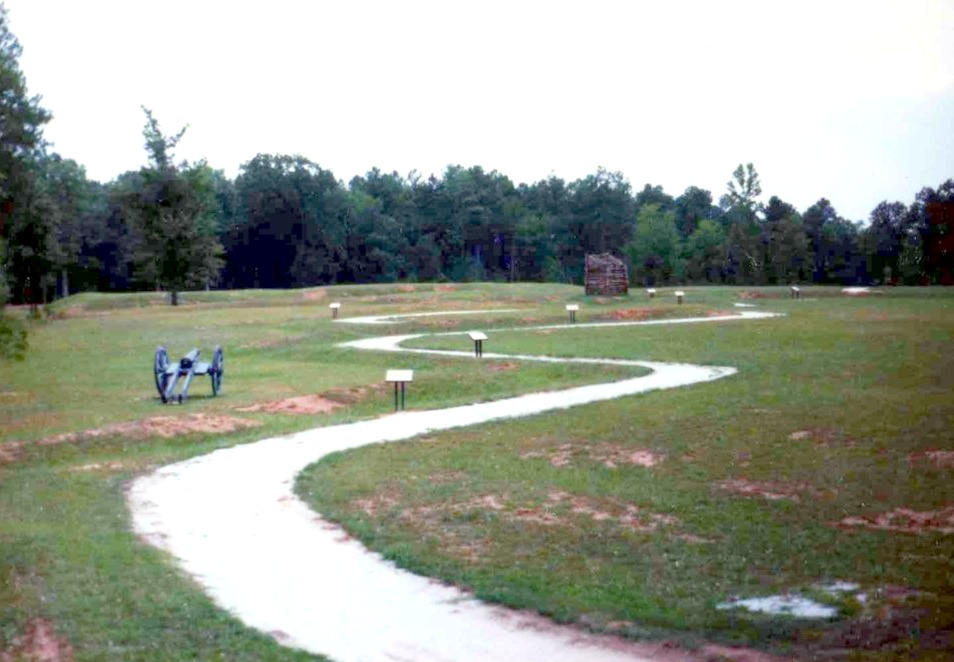 Looking through the site of the old village of Ninety Six toward the Star Fort. The trenches are in the left distance. 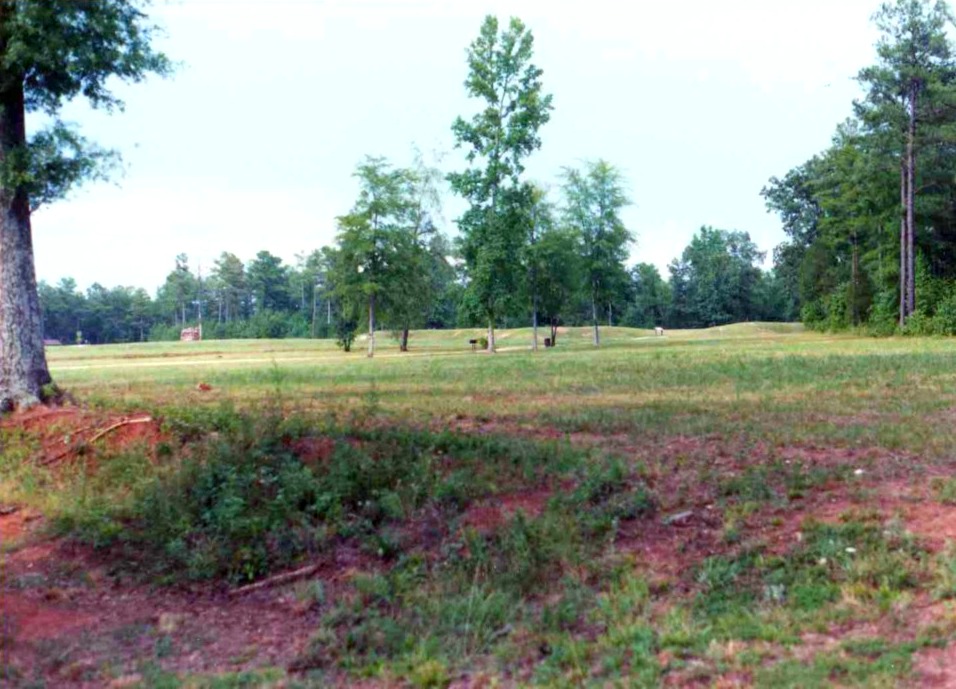 Another shot of the second fort … 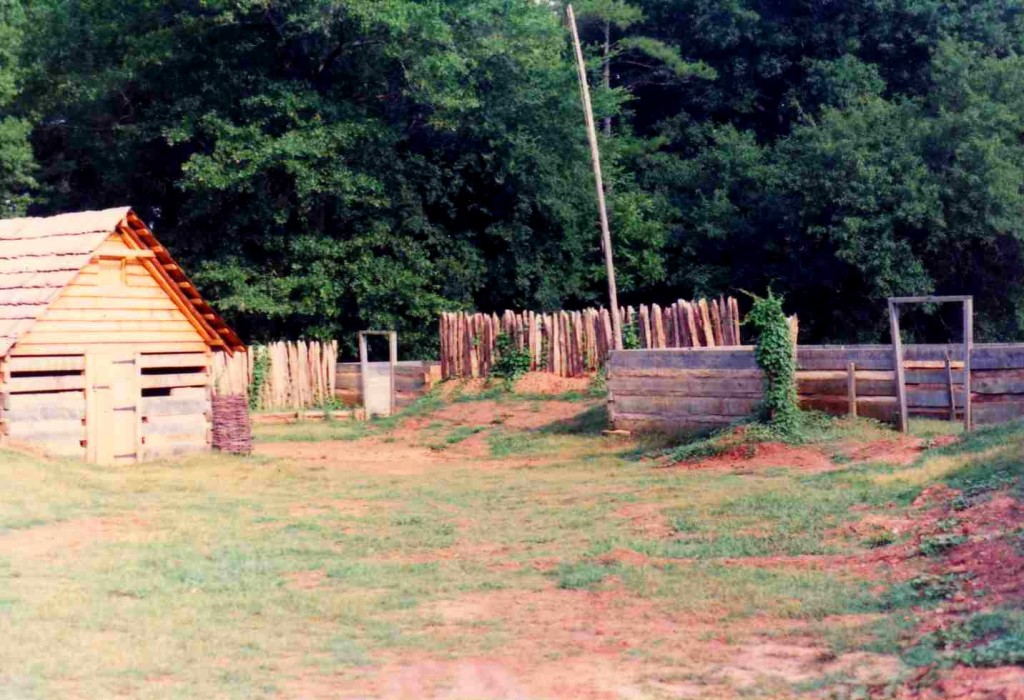