I drove from Kings Mountain to Cowpens, the battlefield where Daniel Morgan defeated an army of British regulars on January 17, 1781. I didn’t have Cowpens entirely to myself, but almost. The visitor center had a slide show and a lighted battle-map display.

I walked the trail slowly, birding, and studying the signs. I’ve been to a lot of Civil War sites, but the idea that actual British troops, complete with red coats and all, fought here made this place even more fascinating to me.

This monument  was erected in 1856 (five years before the Civil War) in honor of  Colonel William Washington’s Light Infantry. 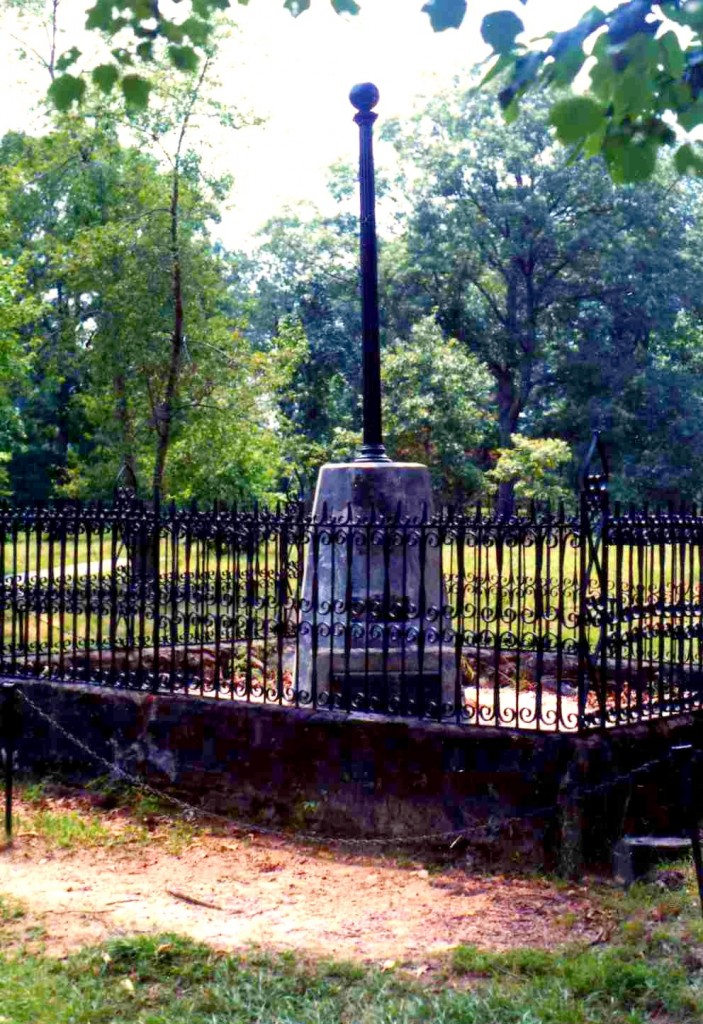 Looking from the American lines toward the British approach. 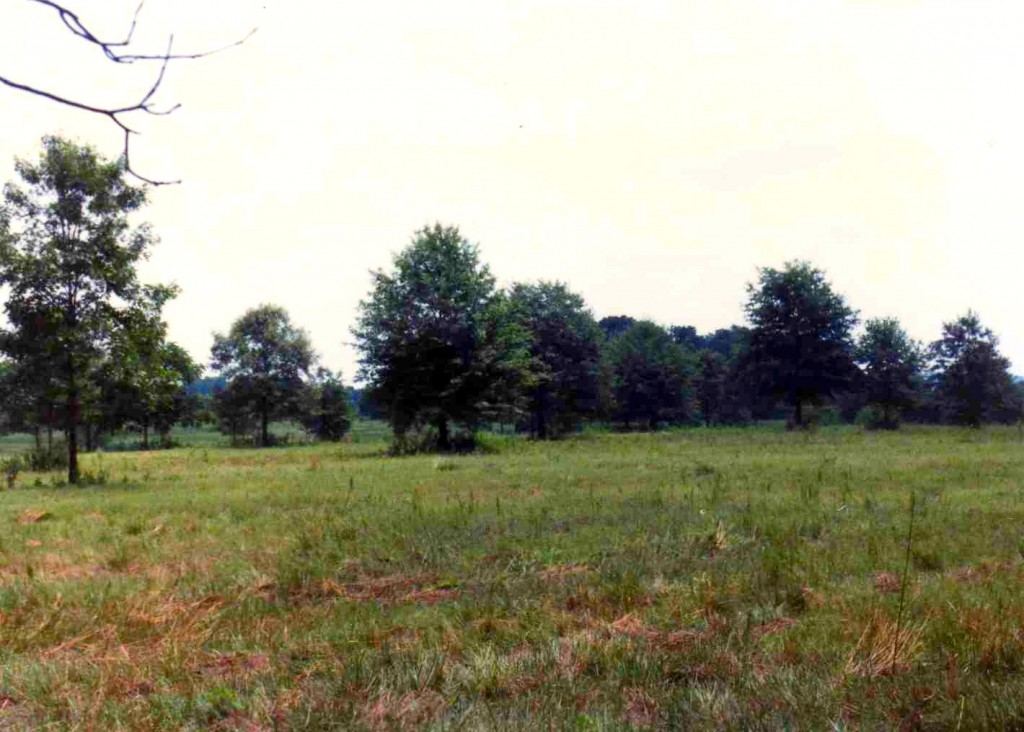 The scene as the British saw it. The National Park Service is restoring the area to the way it looked during the battle, with scattered large trees but little undergrowth. It was called Cowpens because early settlers grazed their herds here. 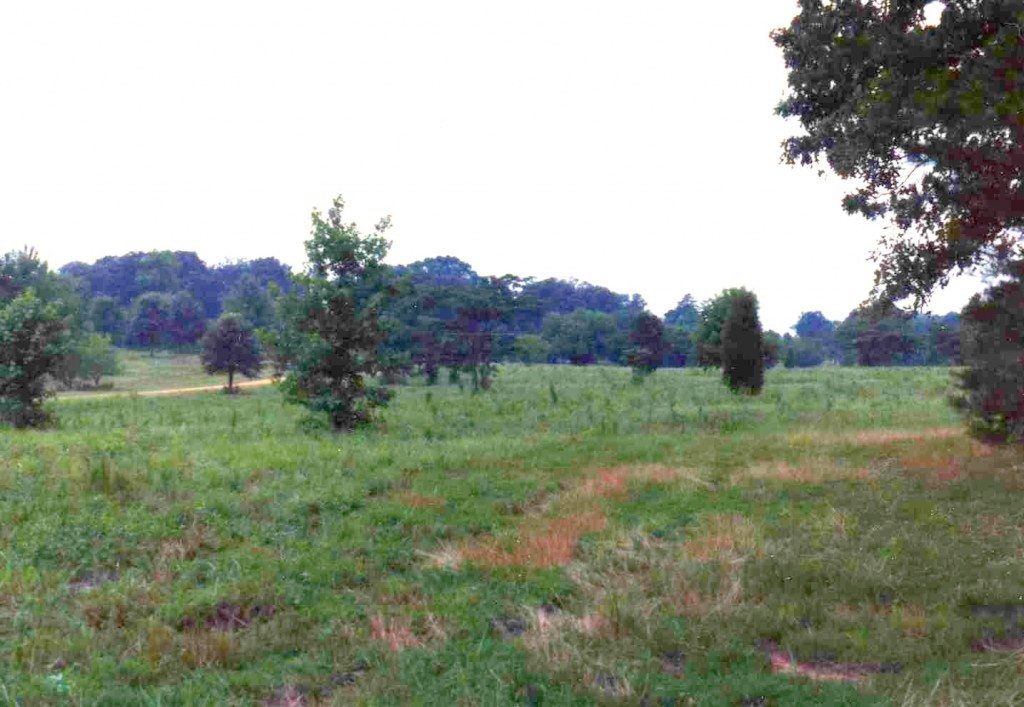 Looking up Green River Road toward the British advance. The American Regulars were posted in this area. 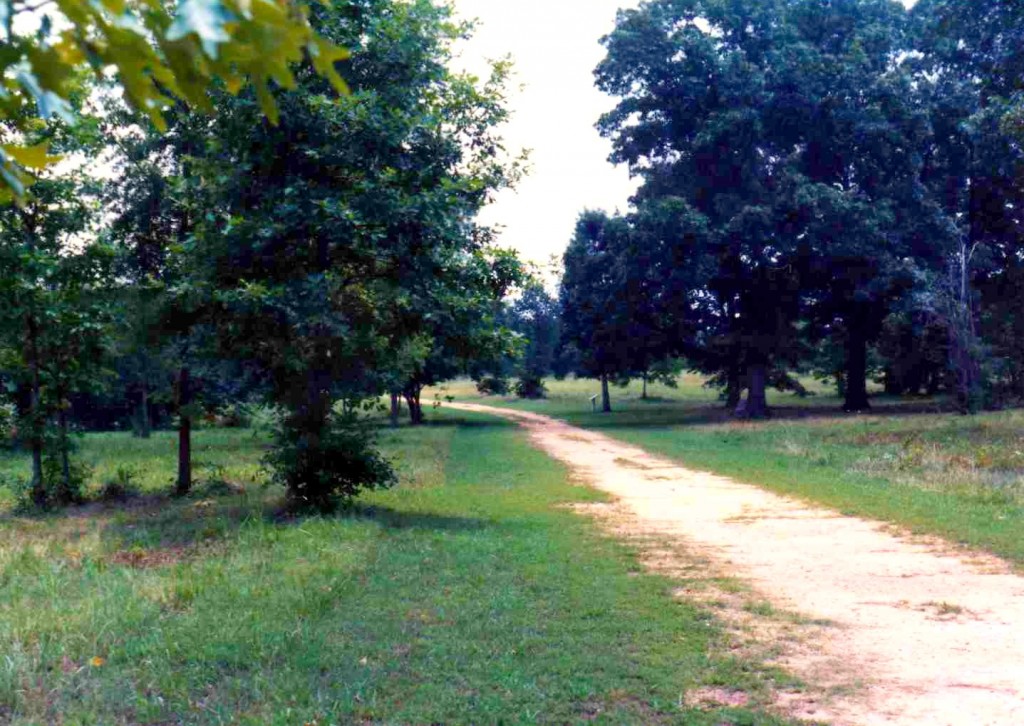 After the walking tour, I took the driving tour around the site. I stopped in the visitor center and got directions to Ninety Six, my third battlefield of the day.