I had several vacation days still to take and a new bunch coming at the beginning of July. I decided to use a couple of the to drive to Montana and visit Little Bighorn National Battlefield. I left home early on Saturday morning and headed north. I bought breakfast at Panera in Parker and gas in Cheyenne. (I saw a lot of signs in Wyoming, even on the Interstate, informing me that it was a long way to the next services. I was determined to keep my tank at least half full.)

My first official stop was in the tiny town of Chugwater, at the Chugwater Soda Fountain. It’s billed as the Oldest Operating Soda Fountain in Wyoming, which is about as much of claim to fame as “World’s Tallest Midget.” 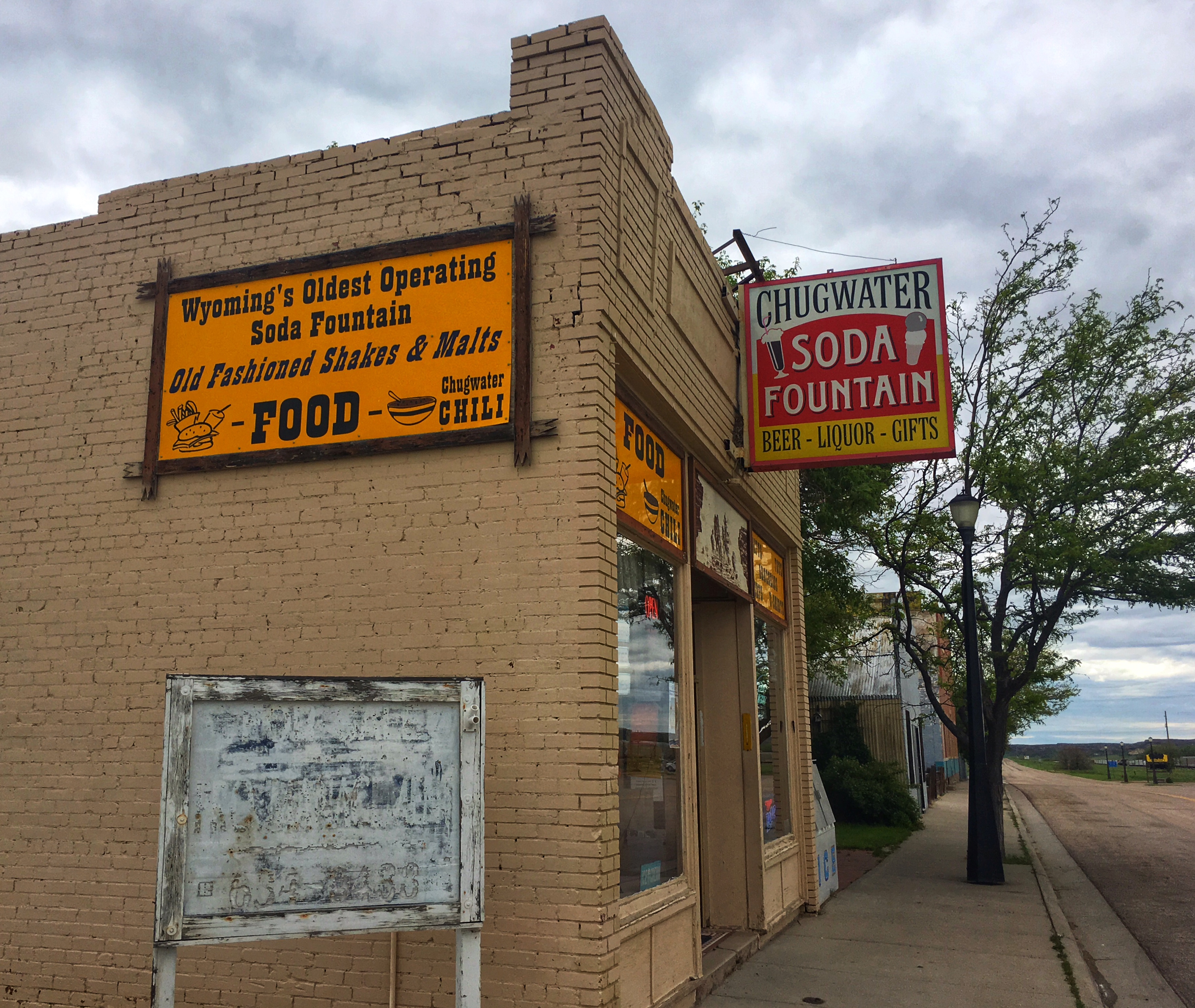 I was the only customer. The woman behind the counter greeted me curtly. It was only 9:15 am. I didn’t want food. I’m not a big fan of sodas. So I ordered a chocolate milkshake. As the woman prepared it, I wandered the store to look at the “gifts,” a dusty collection of trinkets not related to the store. The place had a decided old feel to it, and I’m not convinced it draws a lot of tourist business. 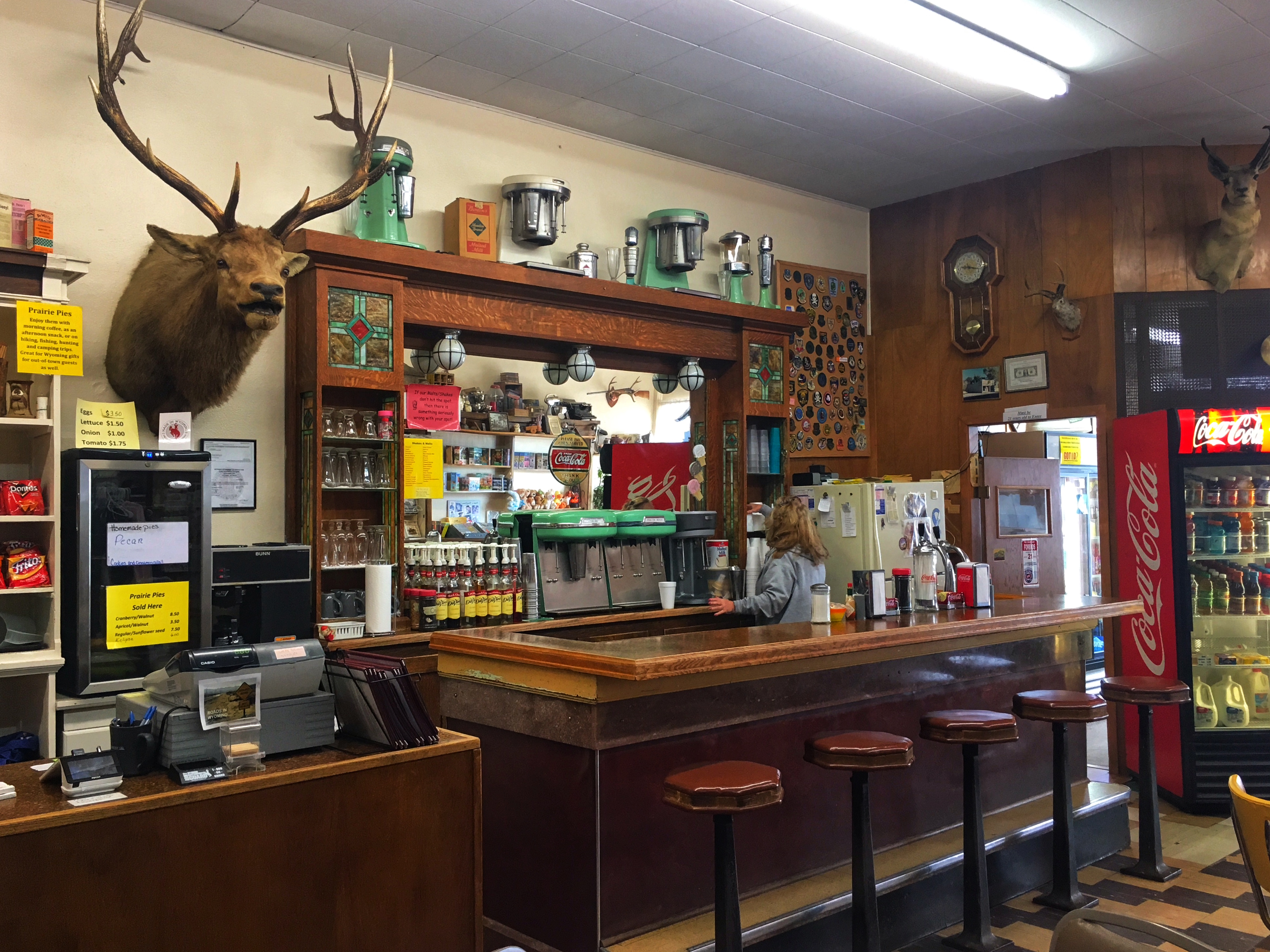 The woman was a little friendlier when she gave me my shake. She had filled the cup so much that I had to drink some before I could put on the lid. It was tasty. A local gentleman came in as I was leaving and ordered his usual breakfast.

On my way out of town I discovered another Wyoming feature—the speed trap. As I approached the Interstate, the speed limit dropped from 65 to 25 right at the top of a rise. Fortunately I was paying attention. I don’t think I had gotten all the way to 25, but I was decelerating swiftly as I crested the rise and found a local officer parked right there.