Let’s review. We had tickets to a Sky Sox vs. Iowa Cubs game earlier in the season. It was cancelled due to rain. I traded our rain checks for tickets to a double-header against Iowa the next night. Both games were cancelled due to field conditions. We now had rain checks for two games. We finally saw one on July 28. I finally cashed the other ticket in for a game during the final weekend of the season.

The Memphis Redbirds, AAA team of the St. Louis Cardinals, were in town. Aledmys Diaz, who played short for Memphis, was a hot-shot rookie for the big league team last season but has been in the minors most of this. He made some great plays on defense, but did nothing with the bat. 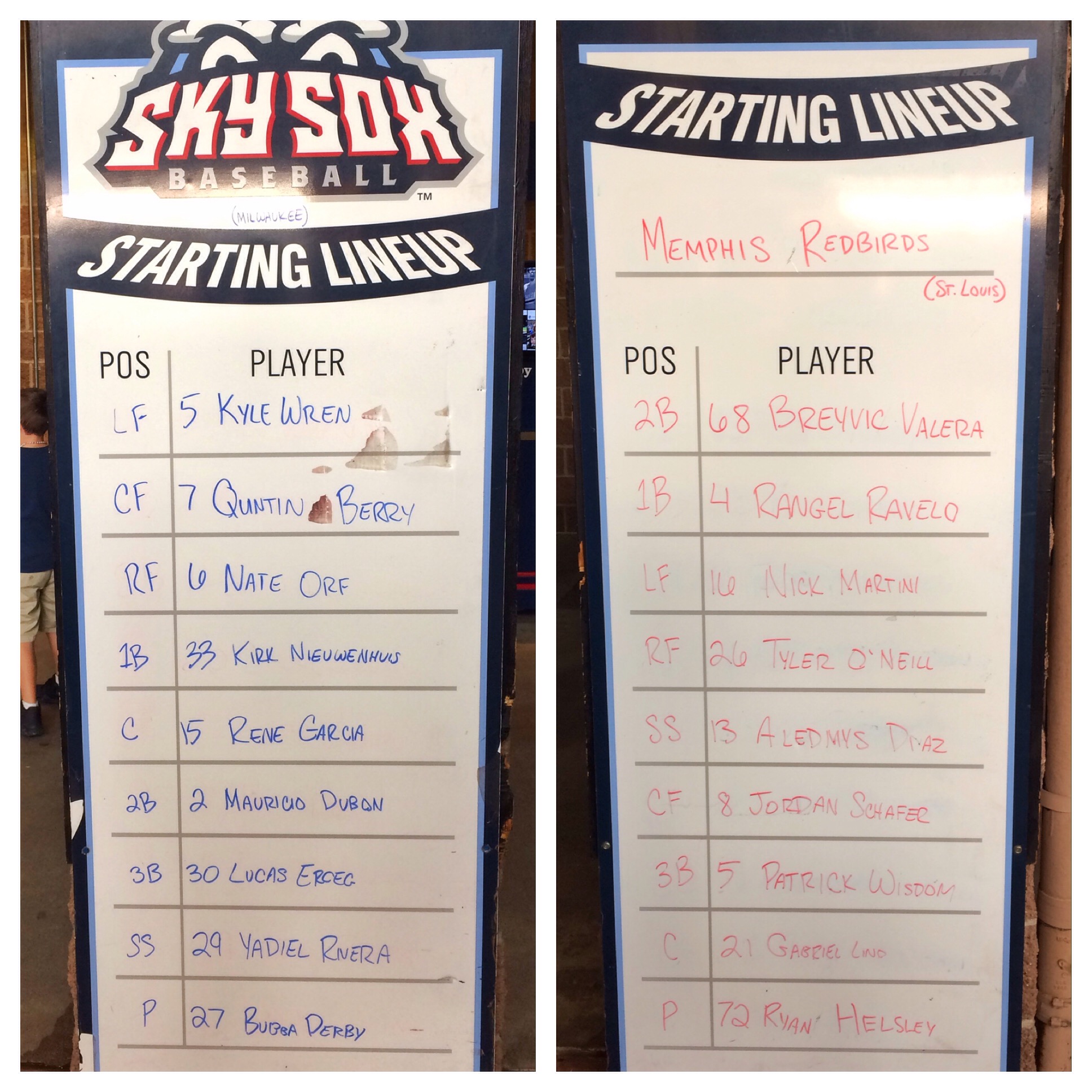 Our seats were down close to the field, just up the third-base line. 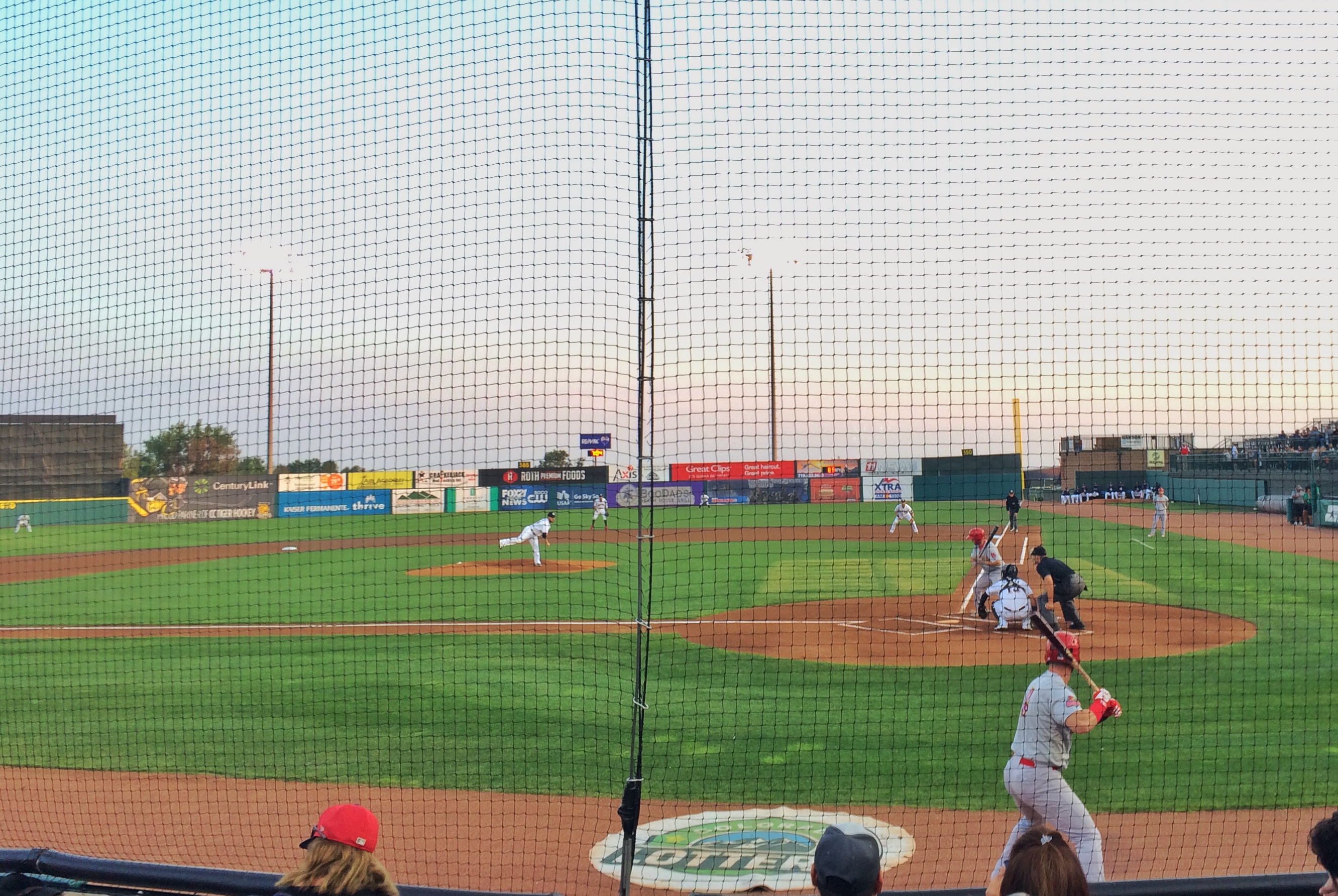 Memphis hit two home runs in the first and scored again in the third to go up 3-0. The Sky Sox kept chipping away and ended up winning 4-3 in a rather dull game. The highlight came in the third. Valera, the Memphis 2nd baseman, was on third with no outs. Martini flew out to right on a lazy fly ball. As the right fielder lobbed the ball into the infield, Valera suddenly took off for home and was thrown out easily. 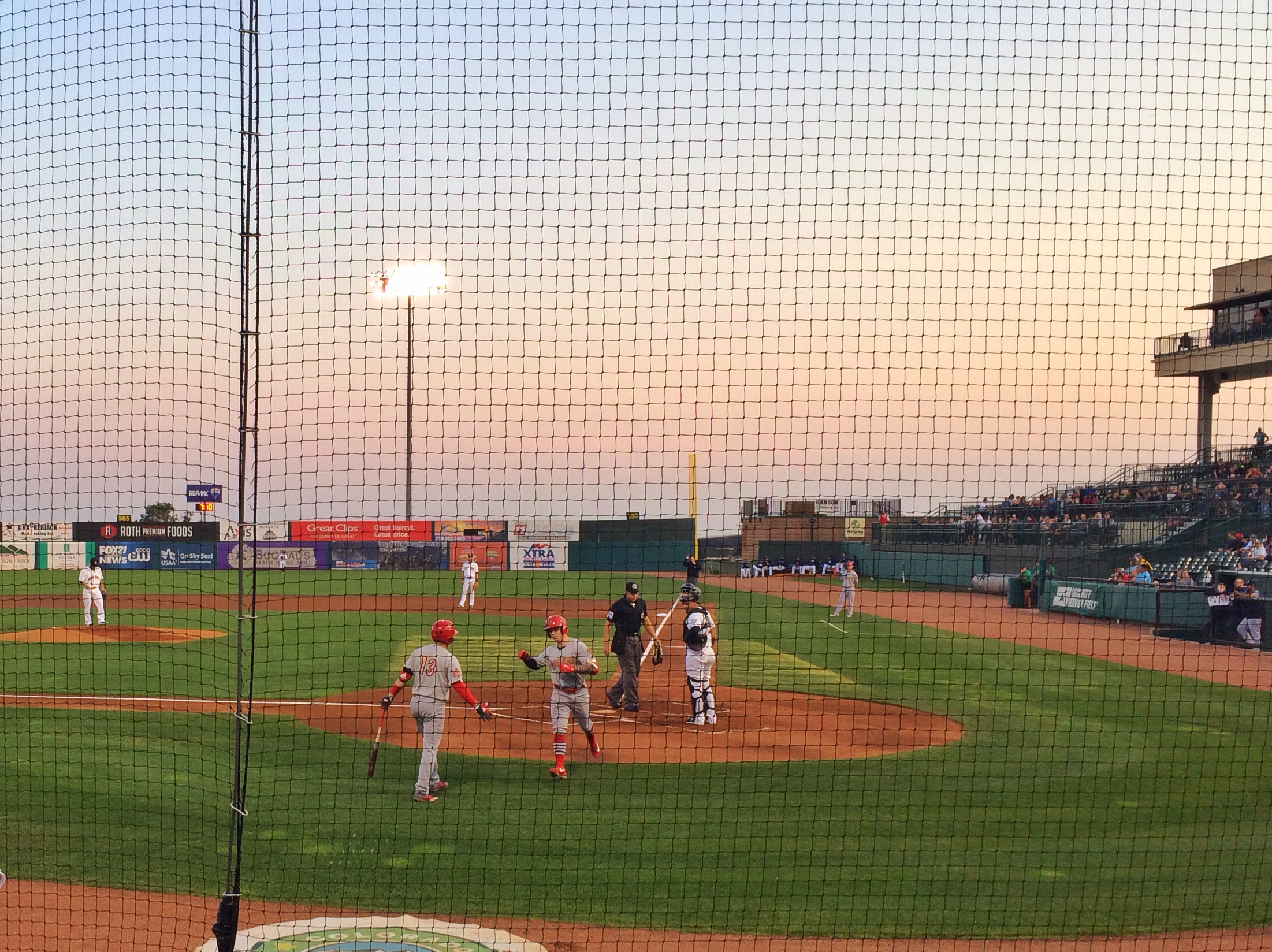 A woman in the next section—she must be a Cardinal fan—had a short string of cowbells hooked over the seat in front of her. Every so often, when Memphis was at bat, she would grab them and shake them for a few seconds.

A woman in the row in front of us had a young son, a foul mouth, and a New York accent. She was a Mets fan who knew baseball, but she spent 90% of her time taking selfies. 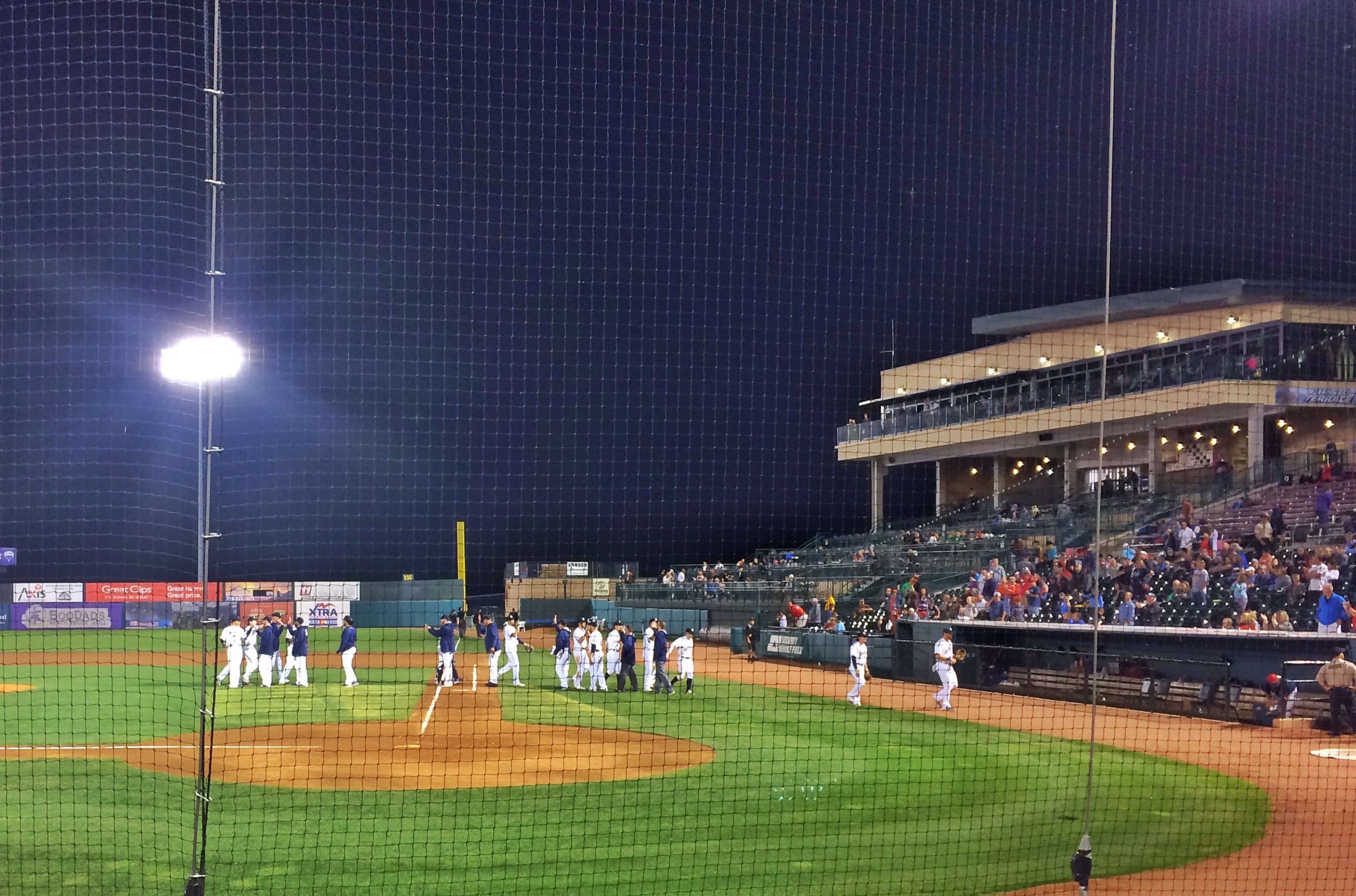 There was a short, but fairly decent fireworks show after the game.