The area around Crested Butte is world famous for its variety and quantity of wildflowers. There’s a festival every summer, which we wanted no part of. We arranged to visit the weekend after. We weren’t the only ones with that thought—the town and surrounding area was packed.

But it was also stunningly beautiful. I’ve long considered the shores of Lake Superior to be my favorite place on earth. Crested Butte didn’t surpass it, but I think it equaled it. It looked stormy when we arrived on Friday afternoon. We checked into the Old Town Inn and then went for a drive up Gothic Road past Gothic Mountain (named for the Gothic-looking arches on the cliffs). 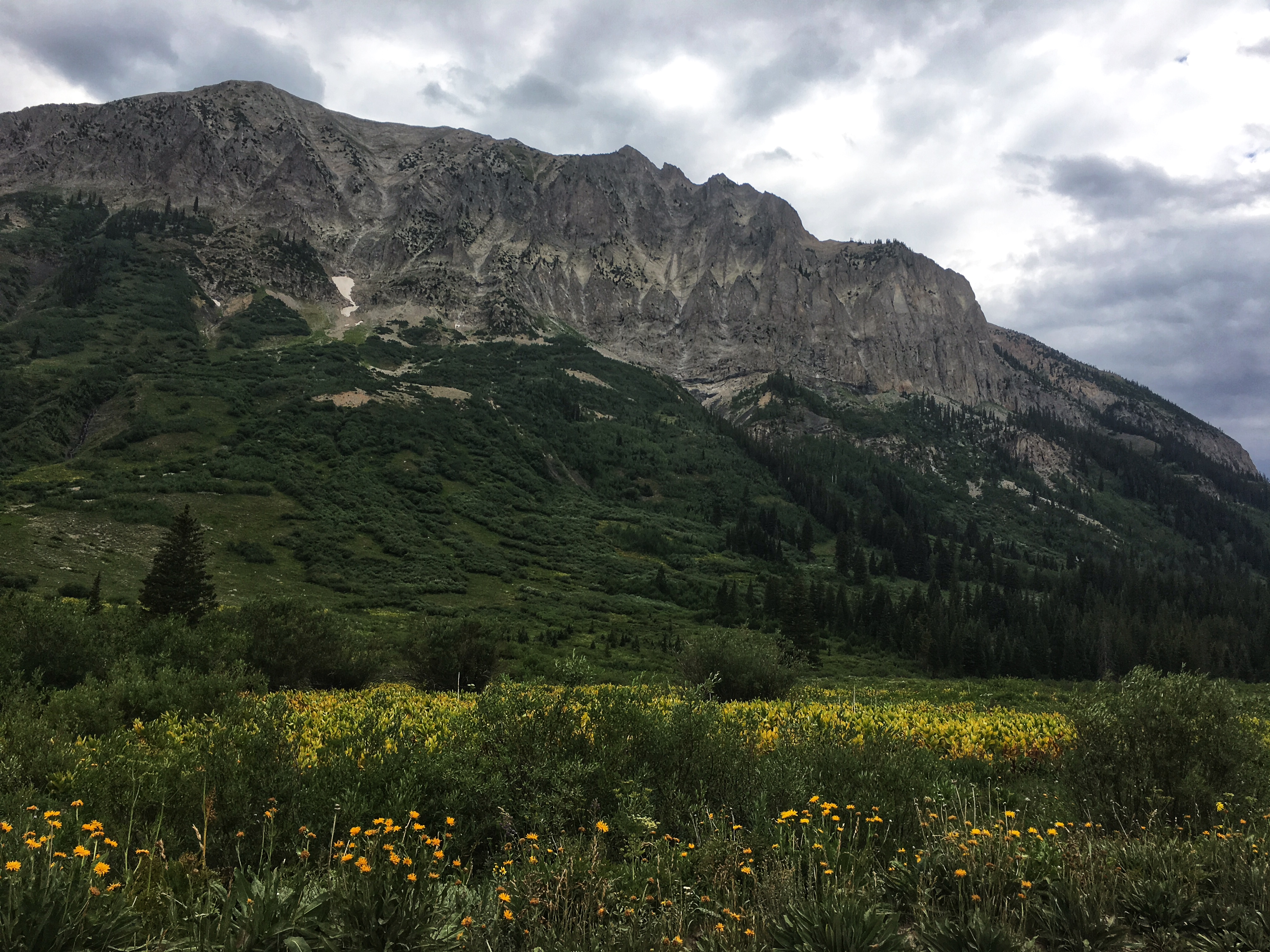 Back in town we took a hike on the Woods Trail, looking for the blue columbine that grow there. I think we were late in the season because we only found two. 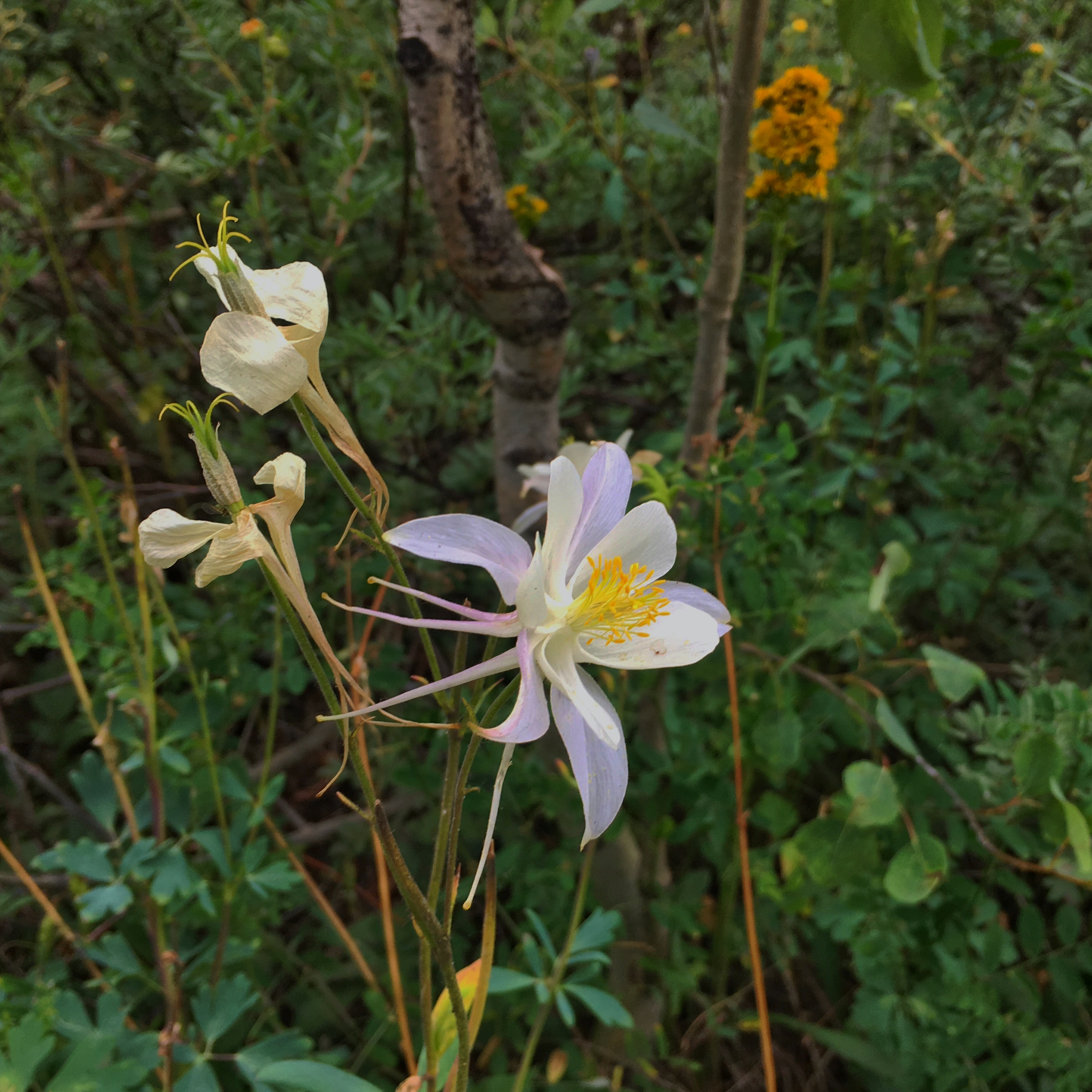 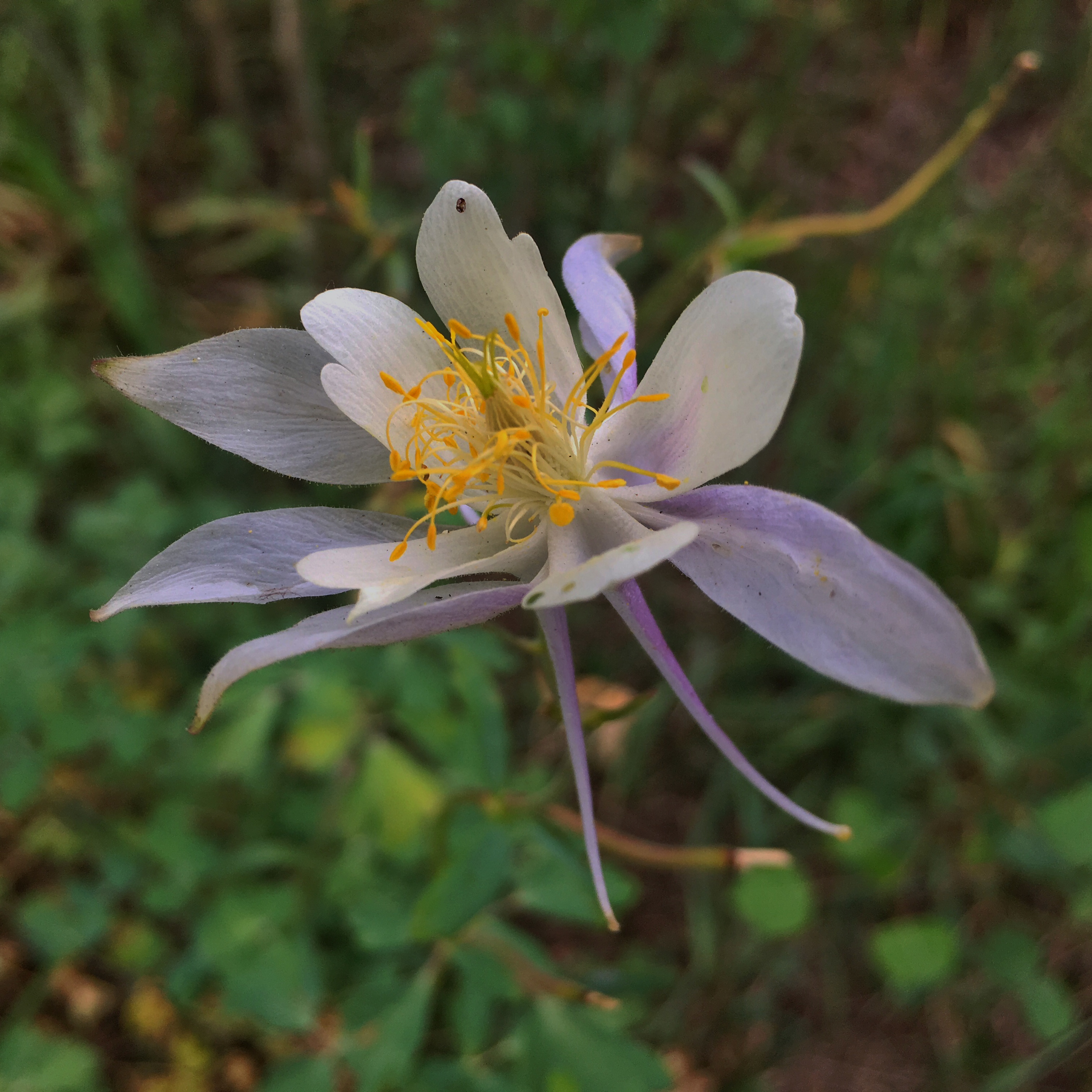 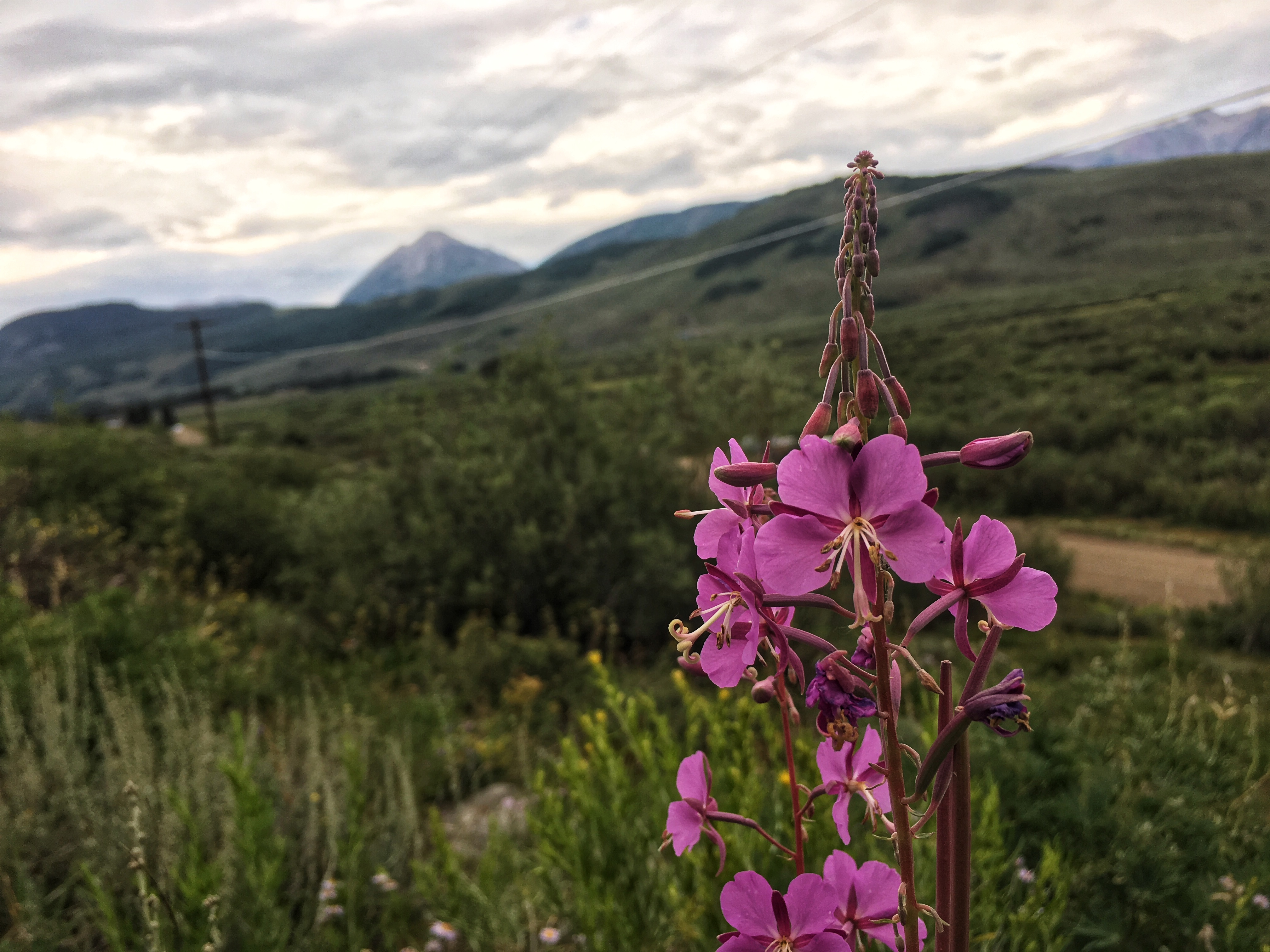 We didn’t feel like hanging in the hotel room all evening—there weren’t any comfortable chairs, for one thing. So we walked across a parking lot to the tiny theater and saw Ant-Man and the Wasp. We both found it amusing.

We got up fairly early on Saturday morning and drove up Washington Gulch. 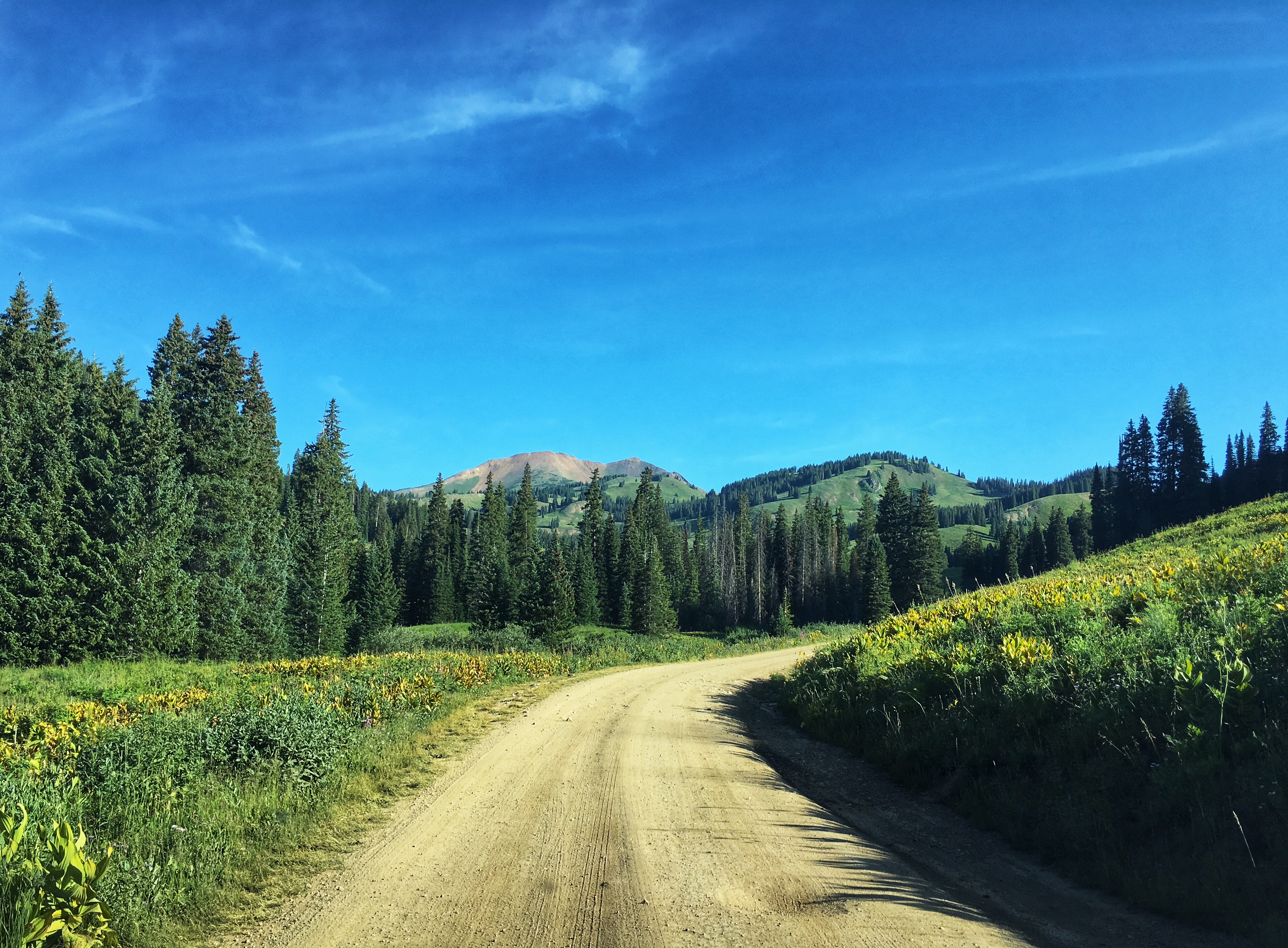 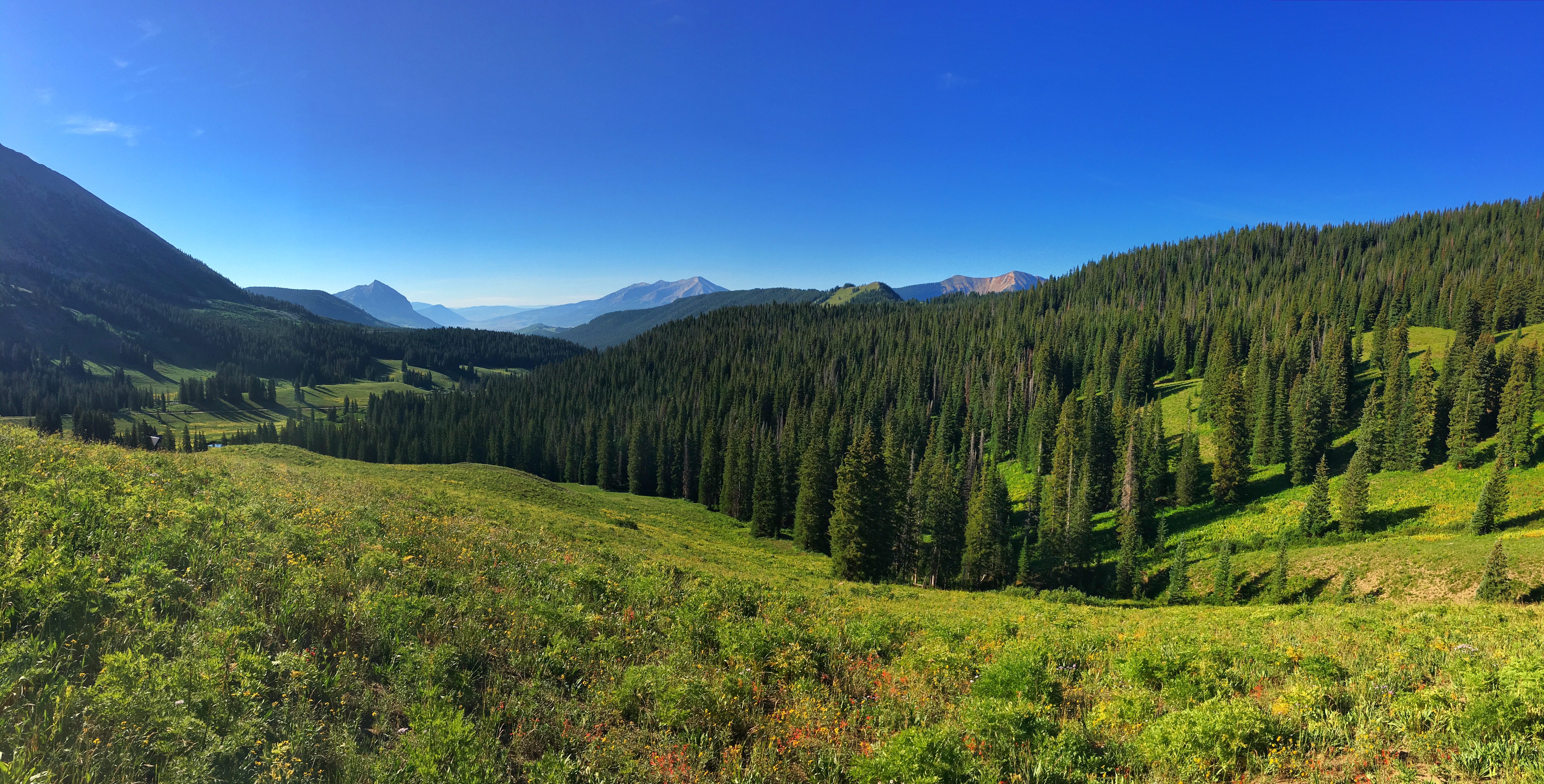 Our original plan was to walk a trail at the top of the valley, but we eventually got to a place where the road was rougher than I wanted to tackle in our CR-V. We turned around and parked at a curve where we could see down down the gulch. 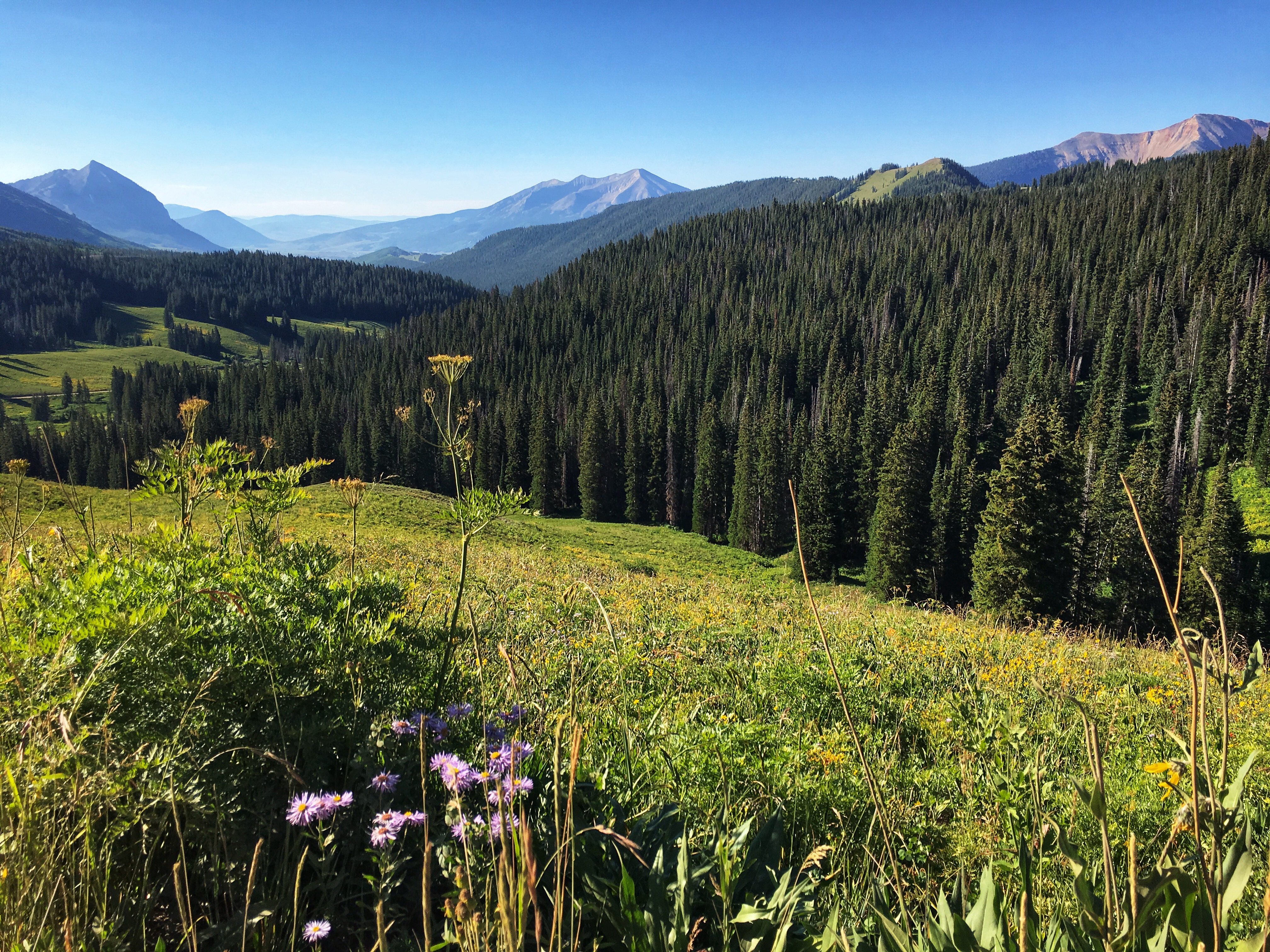 The wildflowers were impressive. 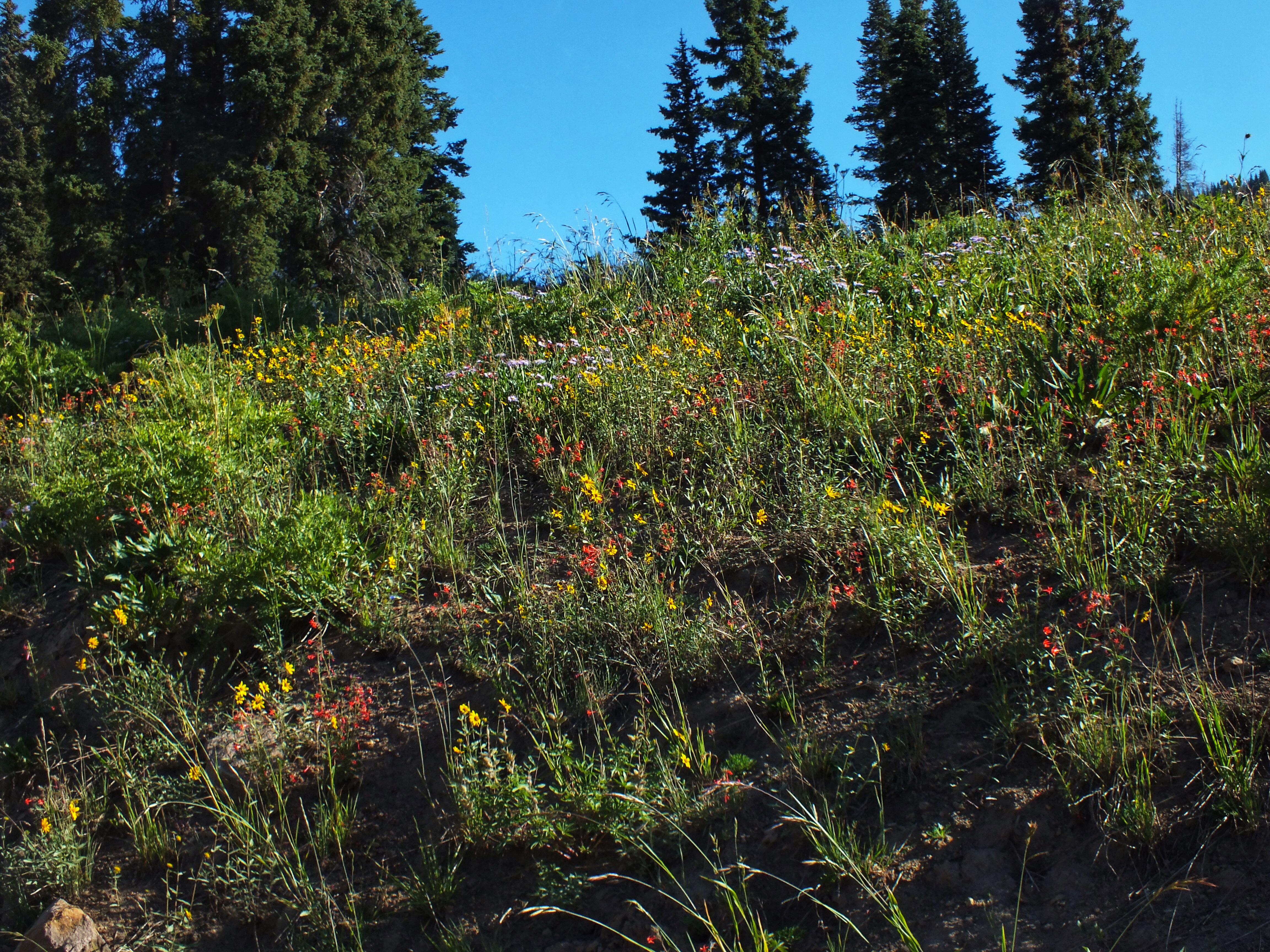 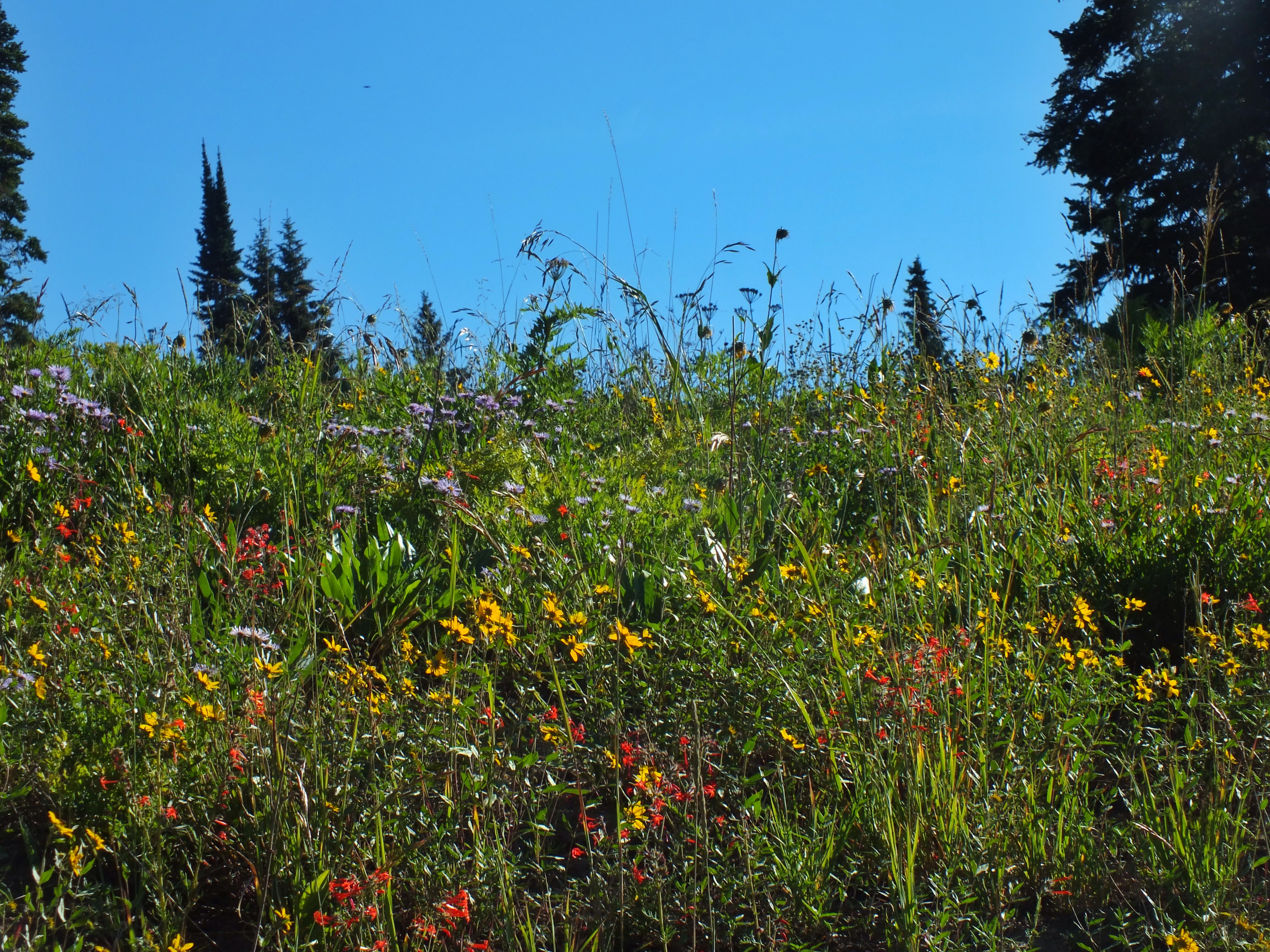 Even up here, there were people around—camping, biking, and driving up the gulch.

We drove back down to Crested Butte, then headed uphill again on Gothic Road, where we’d been the night before. The hillsides were carpeted with purple fireweed, which grows wherever the ground has been disturbed—like after a fire. 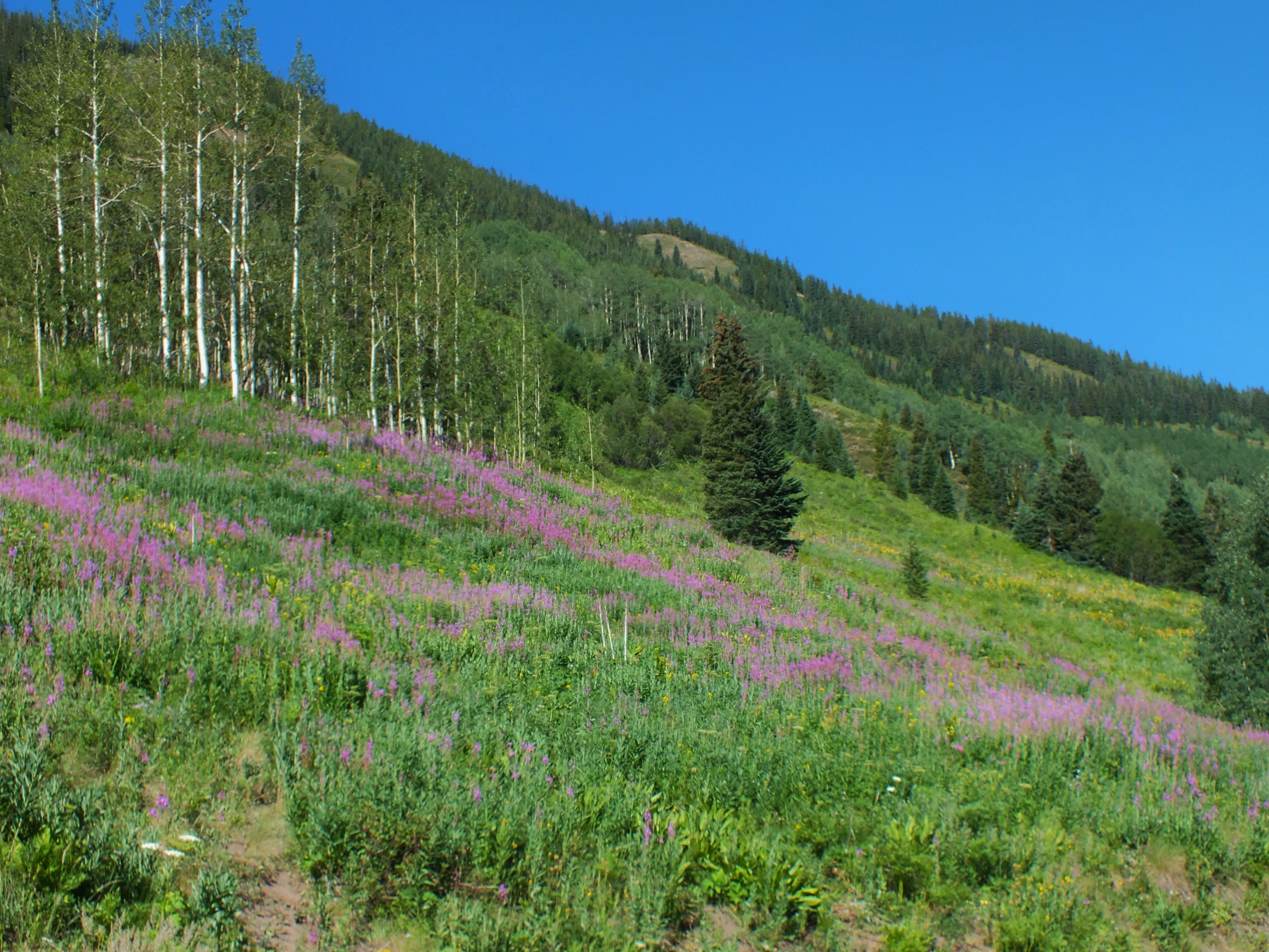 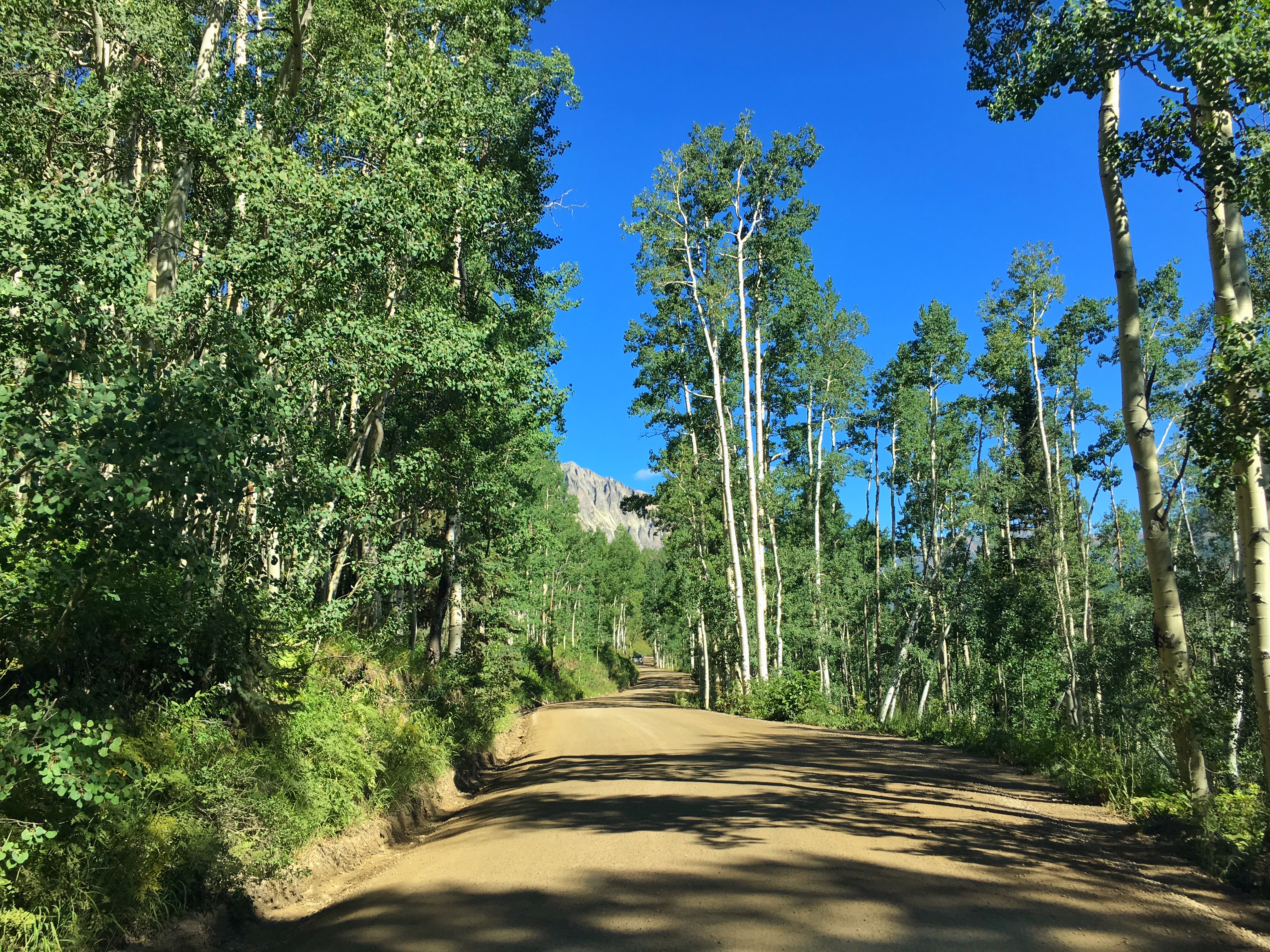 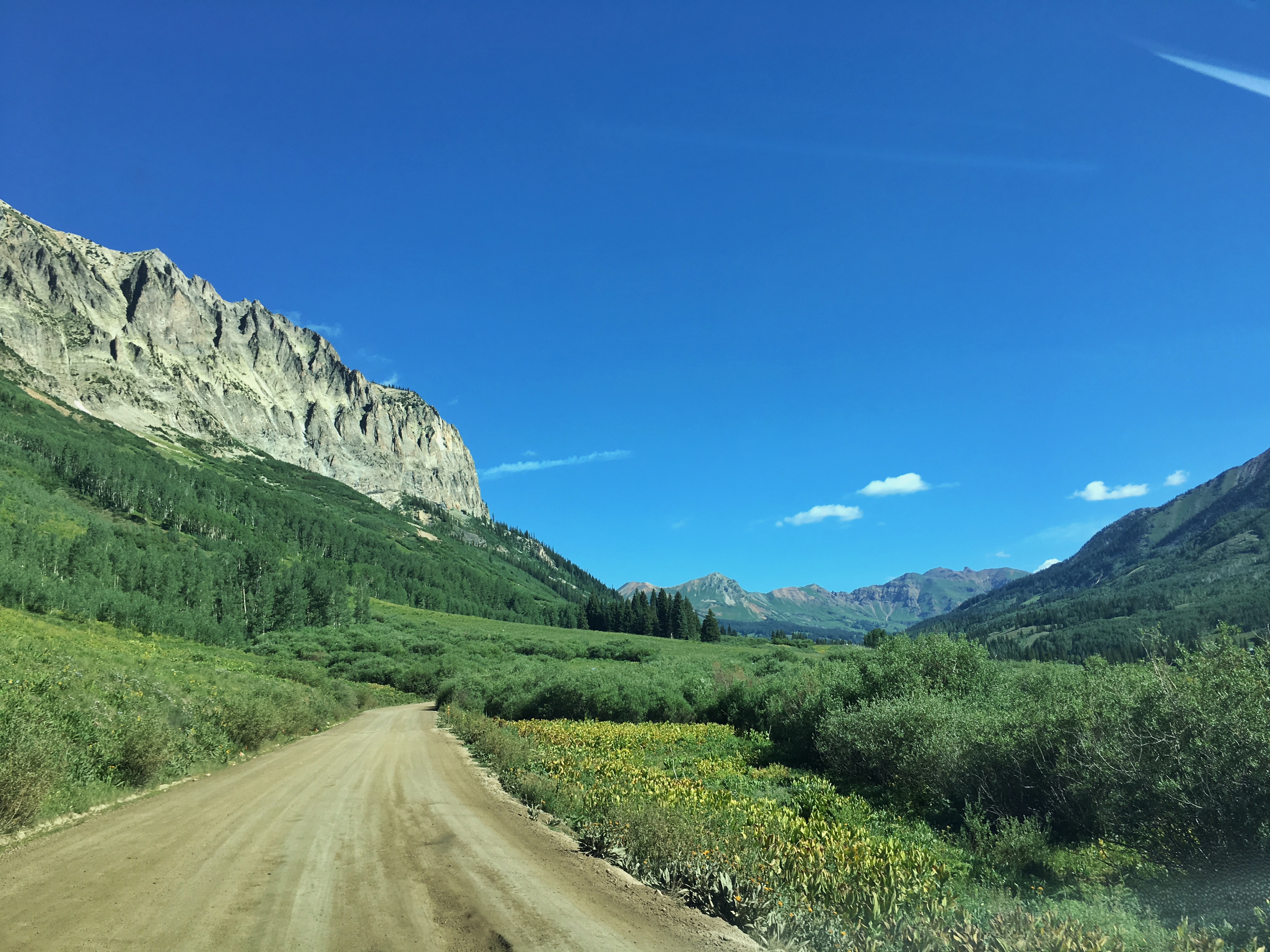 We stopped at a coffee shop that’s part of the Rocky Mountain Biological Laboratory—a station located in what’s left of the town of Gothic. It’s set aside for scientists who come to study the unique local environment. 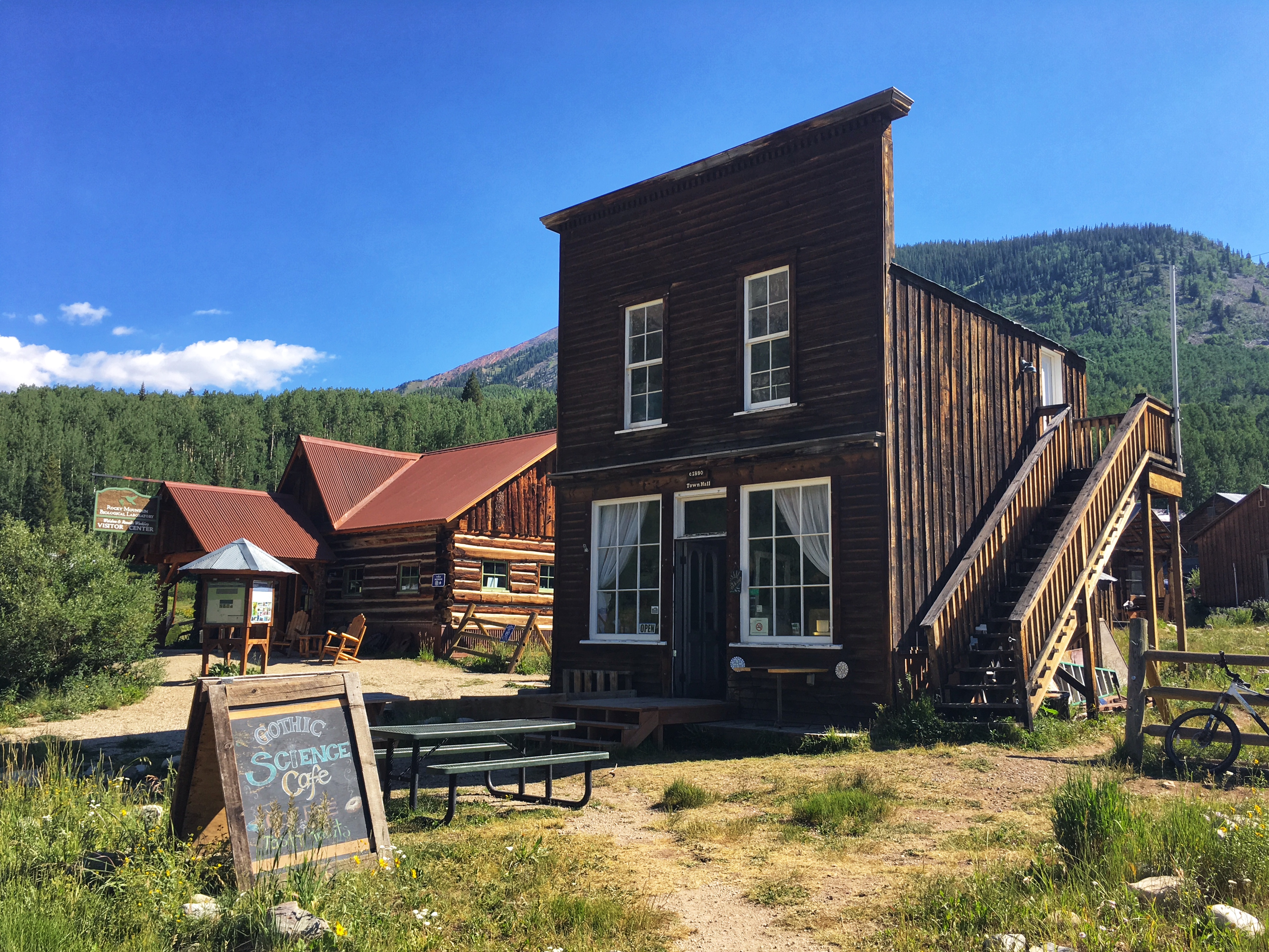 We hiked the Judd Falls Trail. It was two miles round-trip, and we took it slow and enjoyed the view. 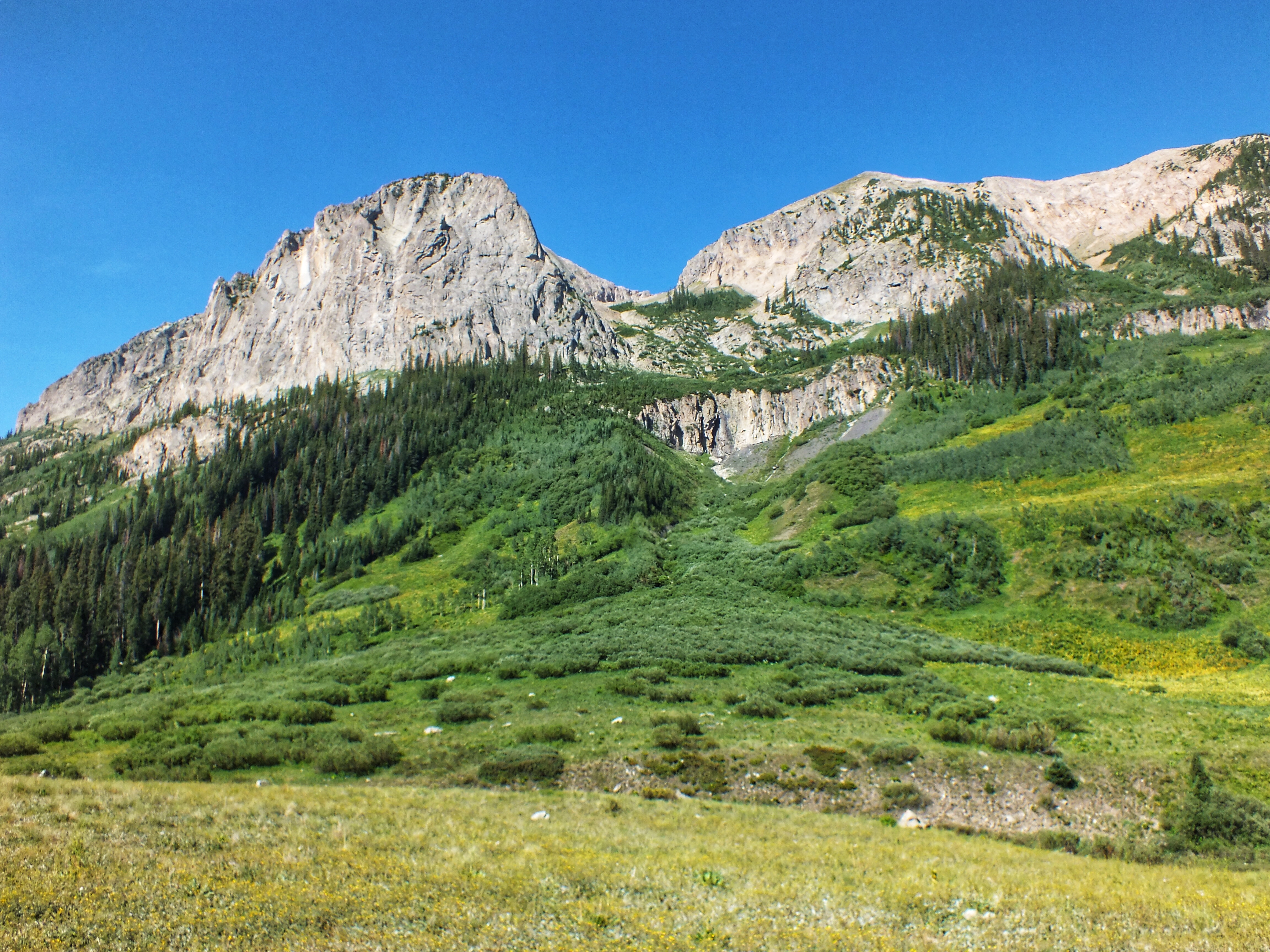 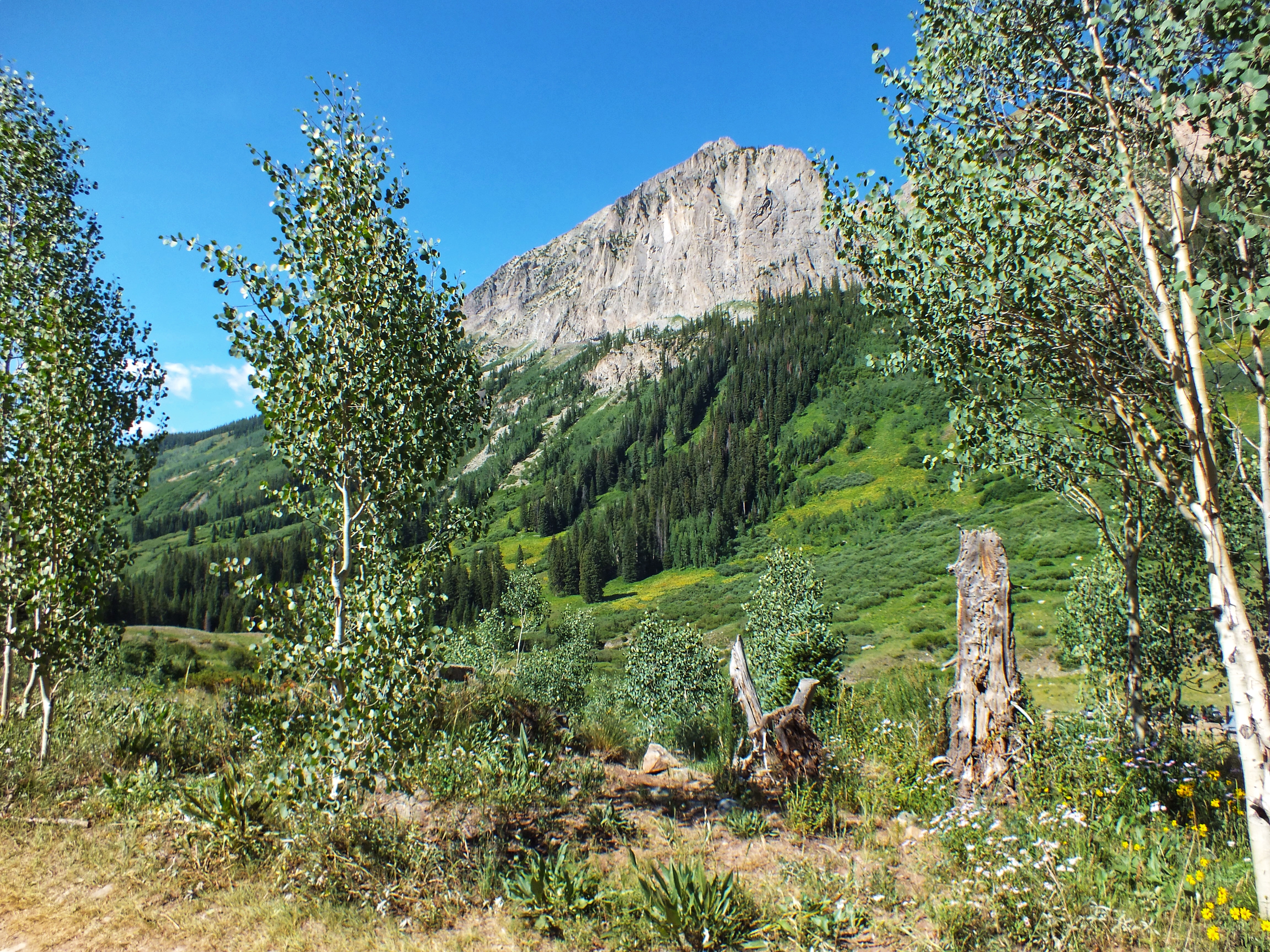 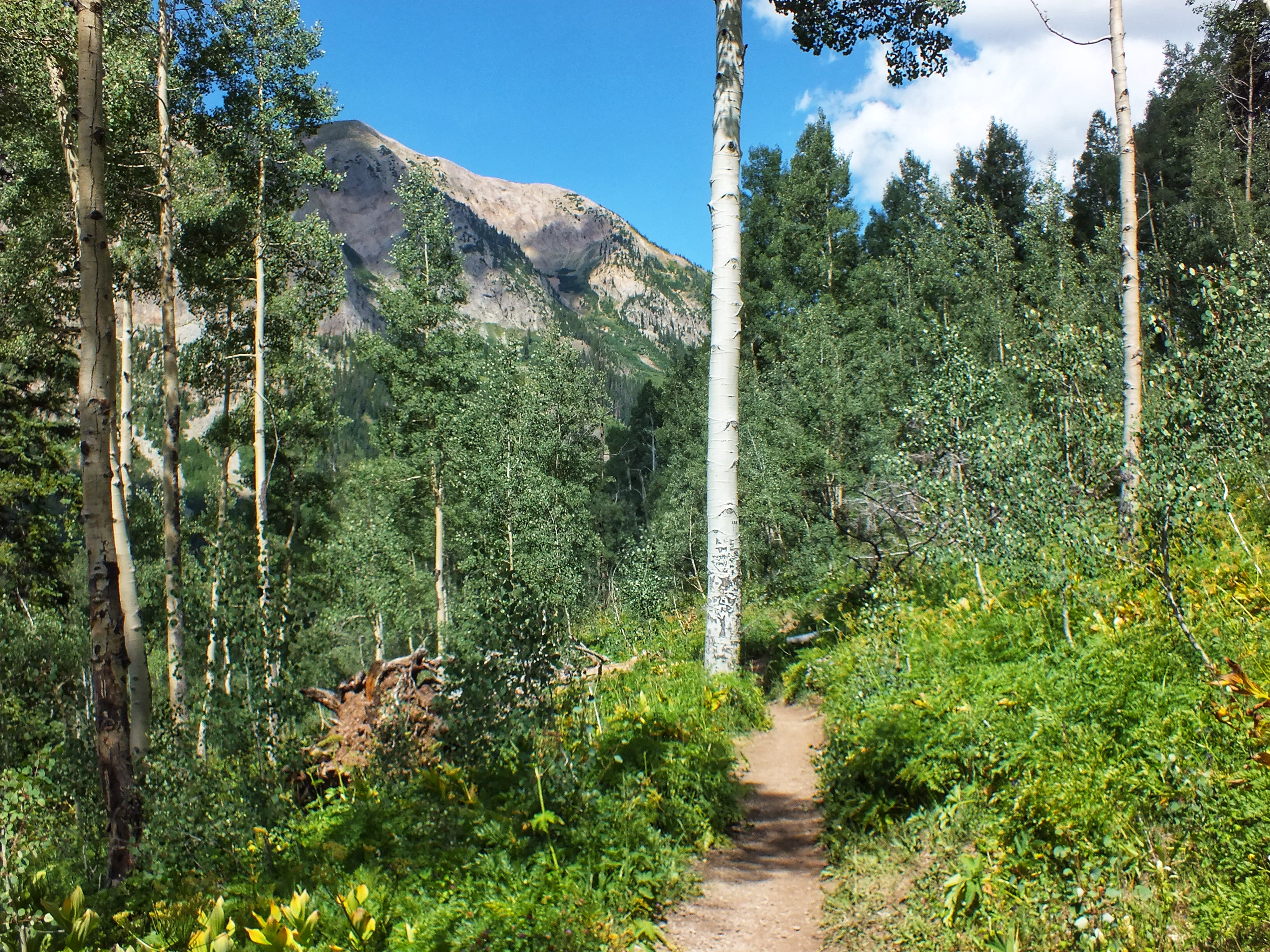 The falls were down in a gorge. This is as close as we could get. 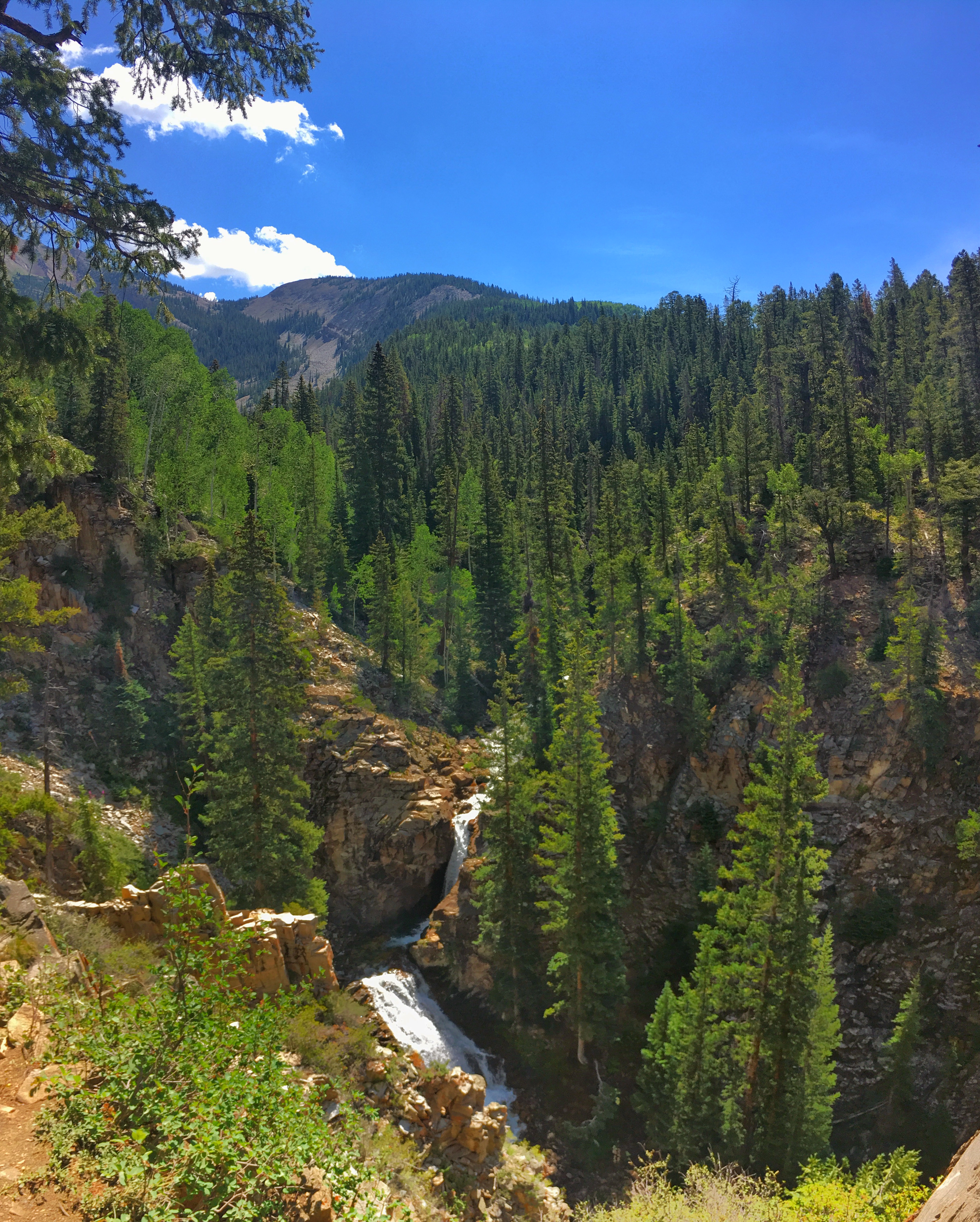 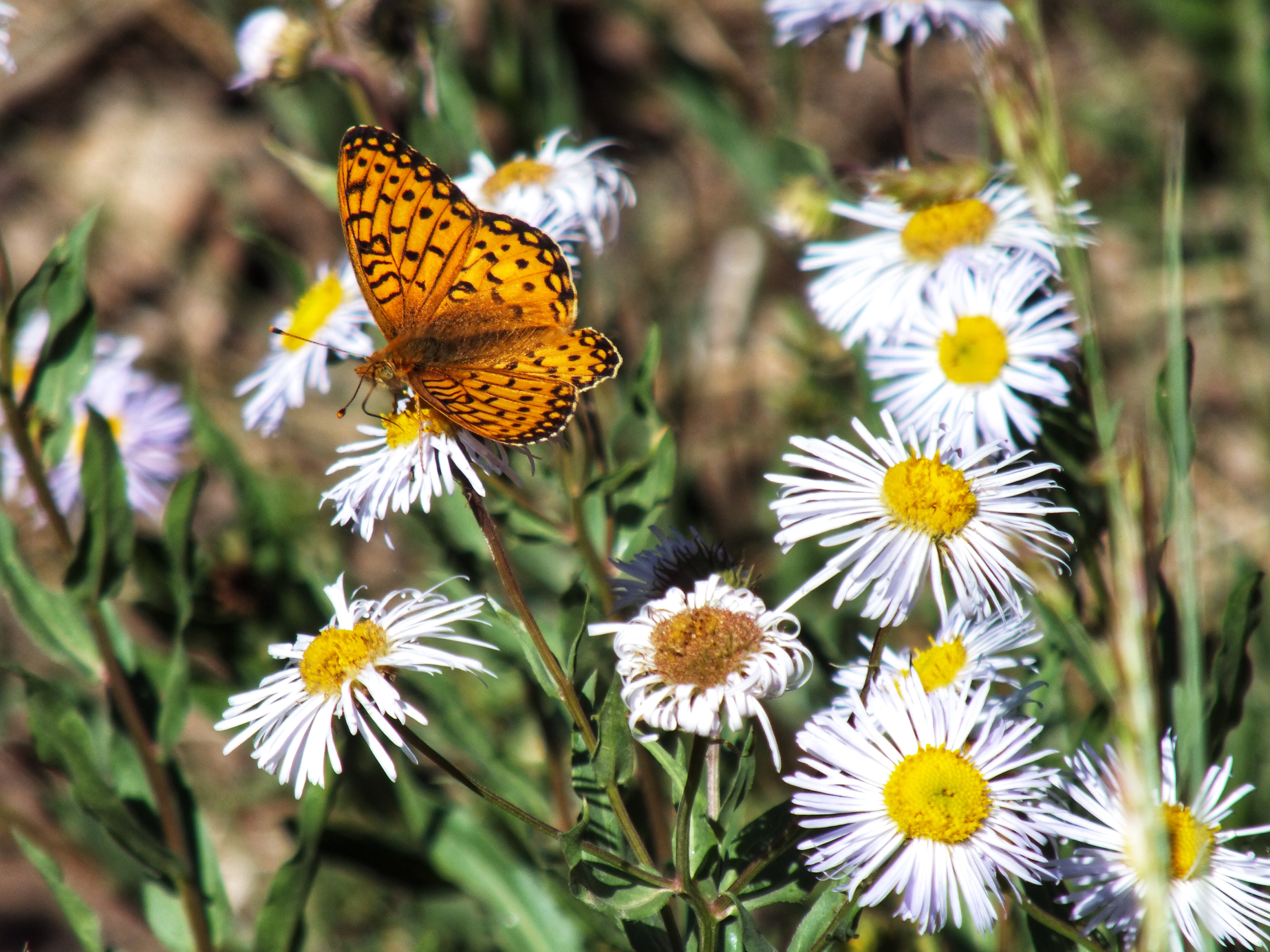 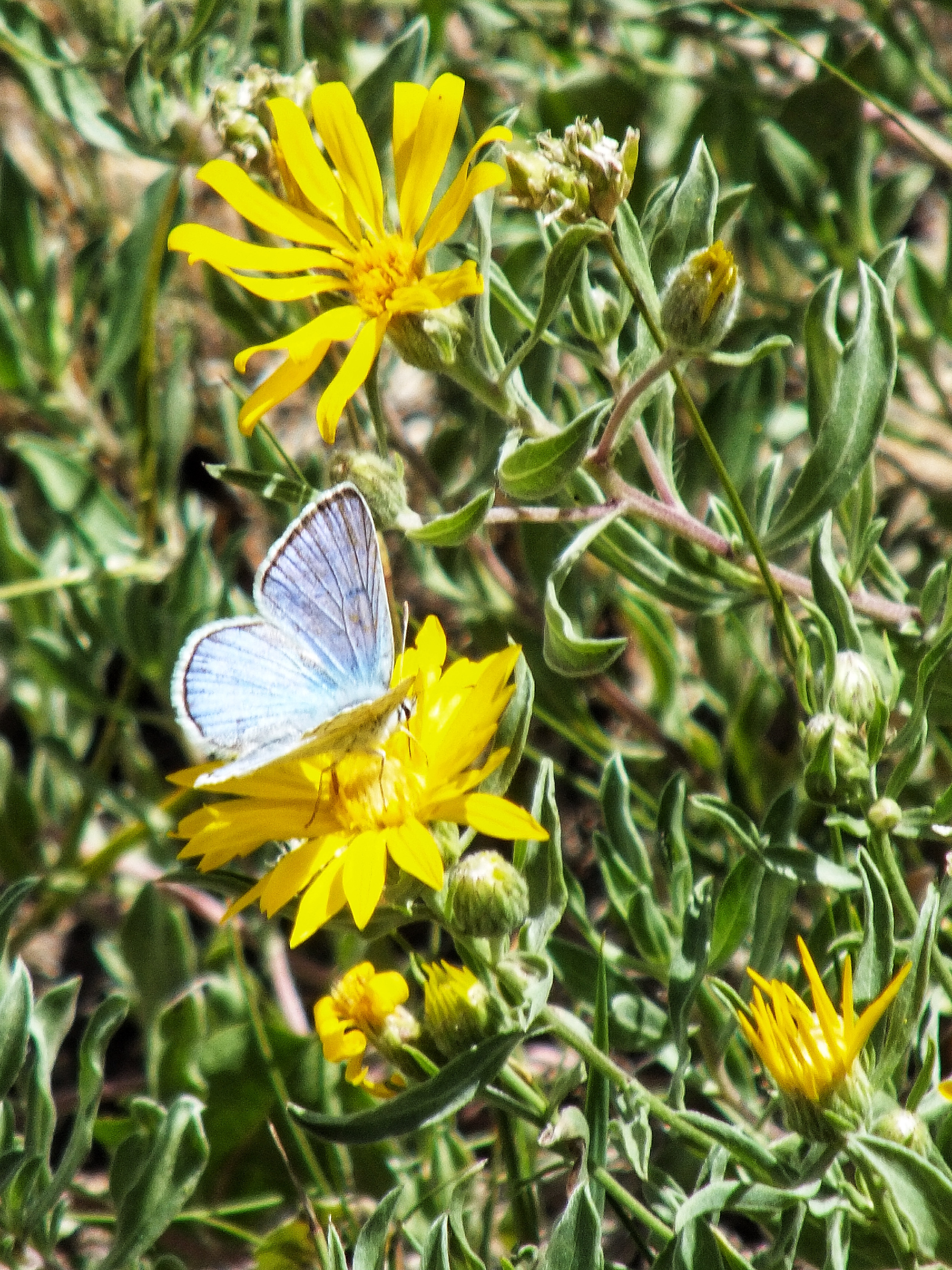 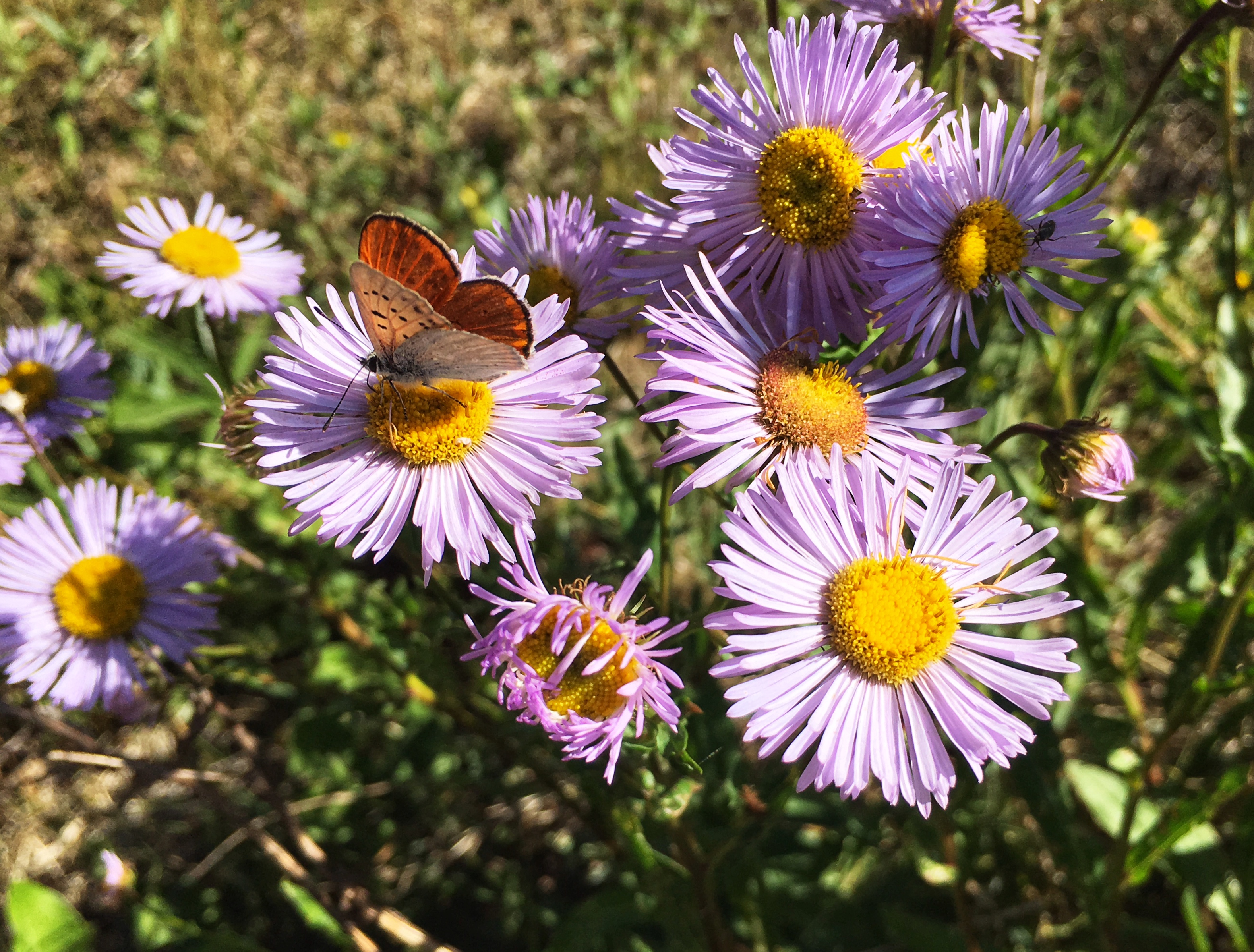 When we finished the trail, we drove up the road toward Schofield Pass. 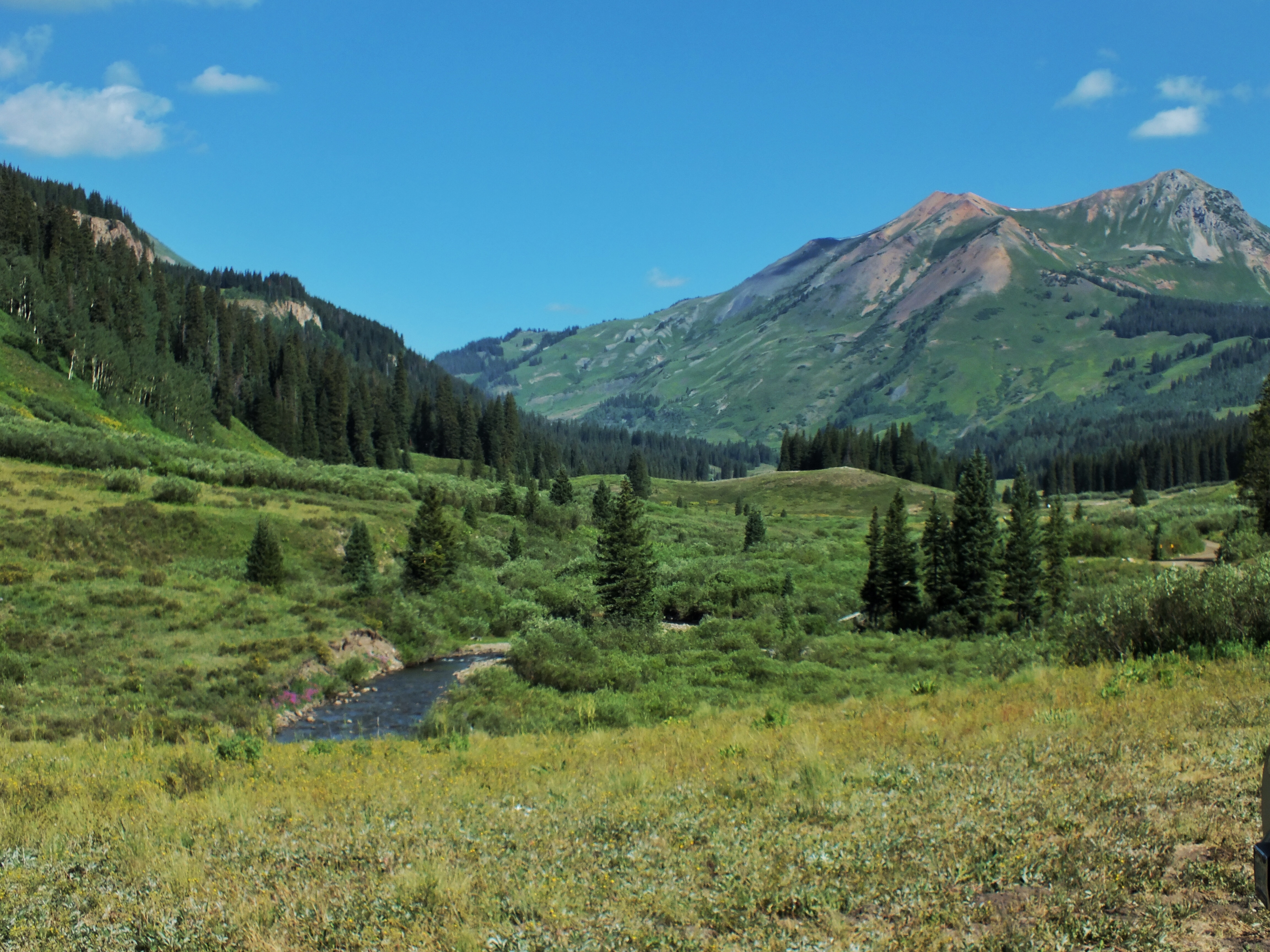 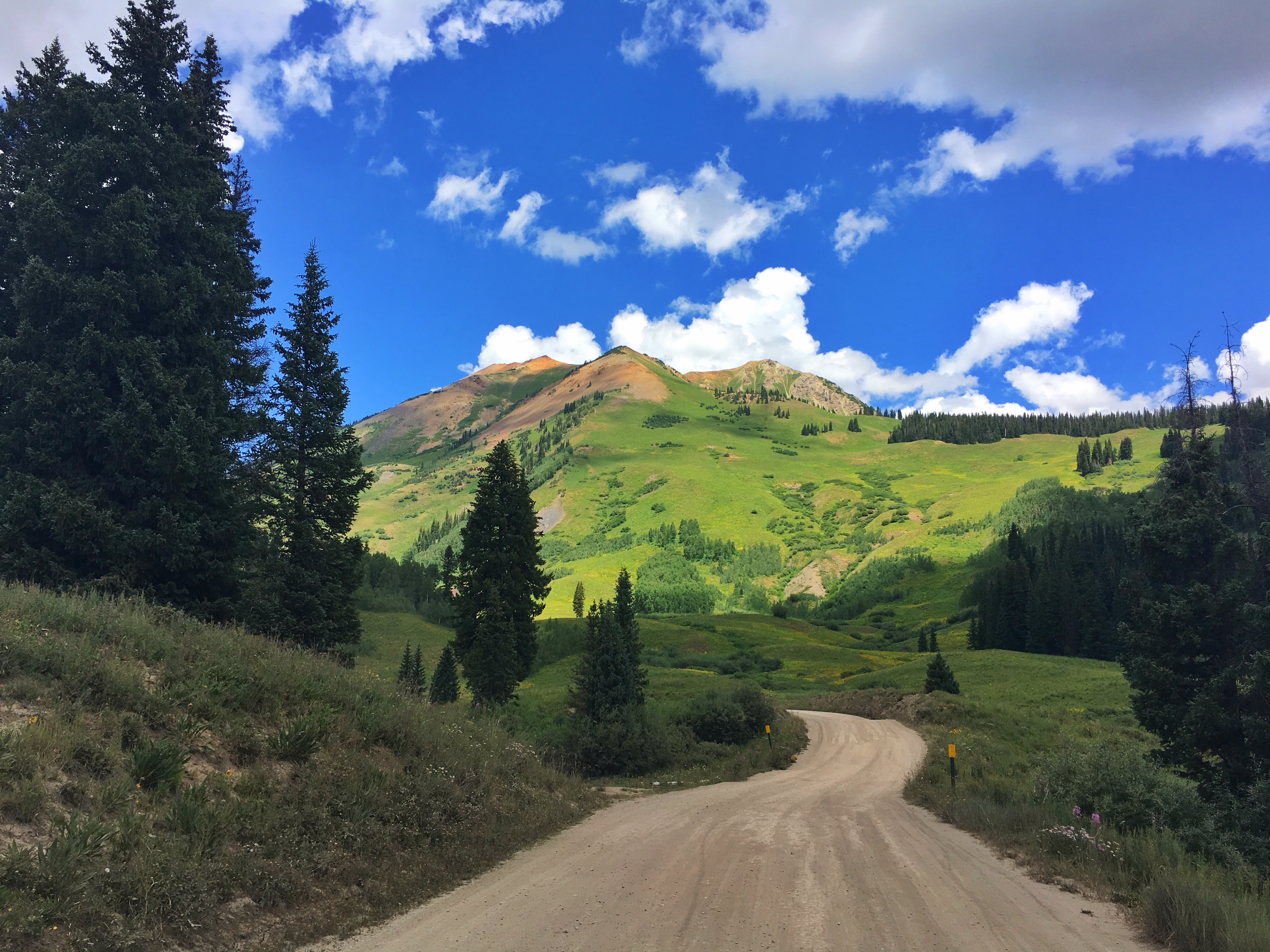 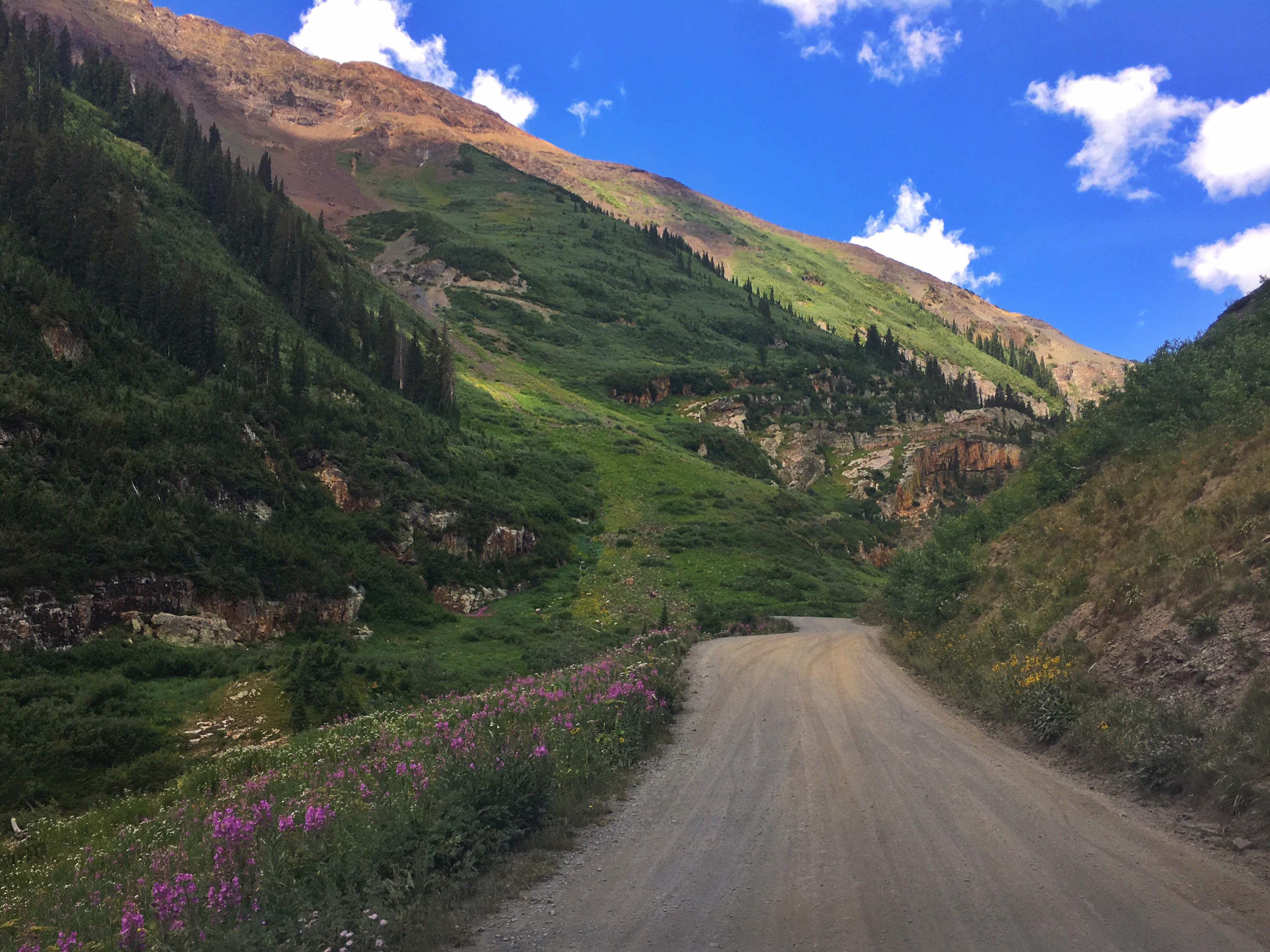 We kept going until we got to a spot where the road narrowed to a single lane on a shelf between a rocky cliff and a drop-off. After gingerly creeping over a bump in the road (where we scraped on the way back down), I decided to be smart and take the first chance I had to turn around. Heading back along the shelf, I was last in a string of four cars that met three others coming up. We had to wait while they backed against the cliffs, then we crawled past with our right wheels at the edge of the drop-off. Traffic was picking up, and on the way back to town the dust was so bad we had to close our windows and turn on the air conditioning. 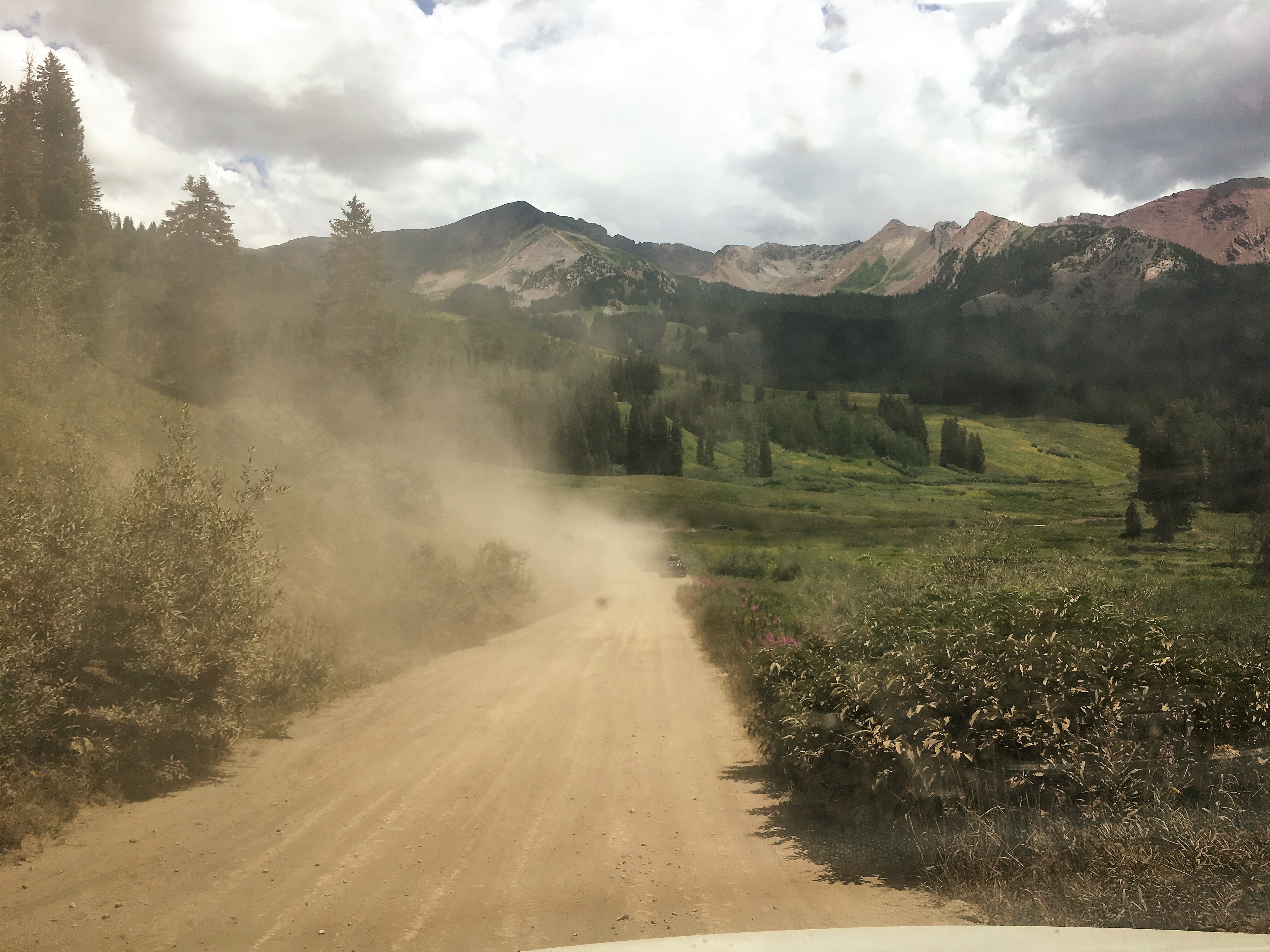 We showered at the hotel, then headed into town for lunch at Brick Oven Pizza. We sat in the outside patio and enjoyed a tasty and inexpensive pizza served by a friendly server. We walked up the street to Niky’s for ice cream and a couple mini donuts for later.

Later in the afternoon, I went back to the Woods Trail. I was hoping to find Clark’s Nutcrackers and Red-naped Sapsuckers, both of which I needed for my year list. I had hardly begun walking when I found a pair of sapsuckers. There were also a lot of Pine Siskins around, feeding on the dead flowers. But no nutcrackers. 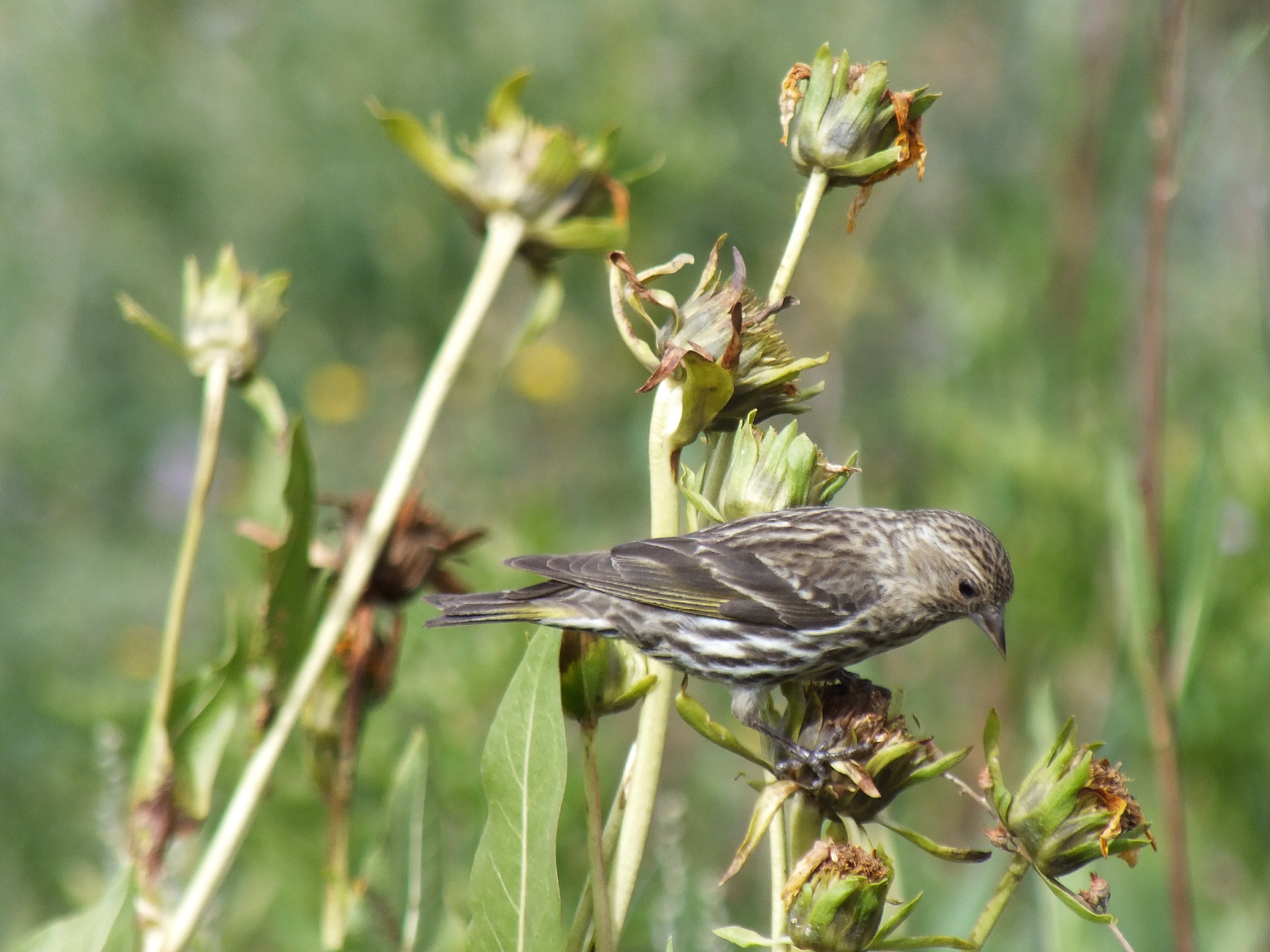 Another afternoon thunderstorm passed to the south and gave me a few nervous moments, but the skies cleared when I got close to Peanut Lake. 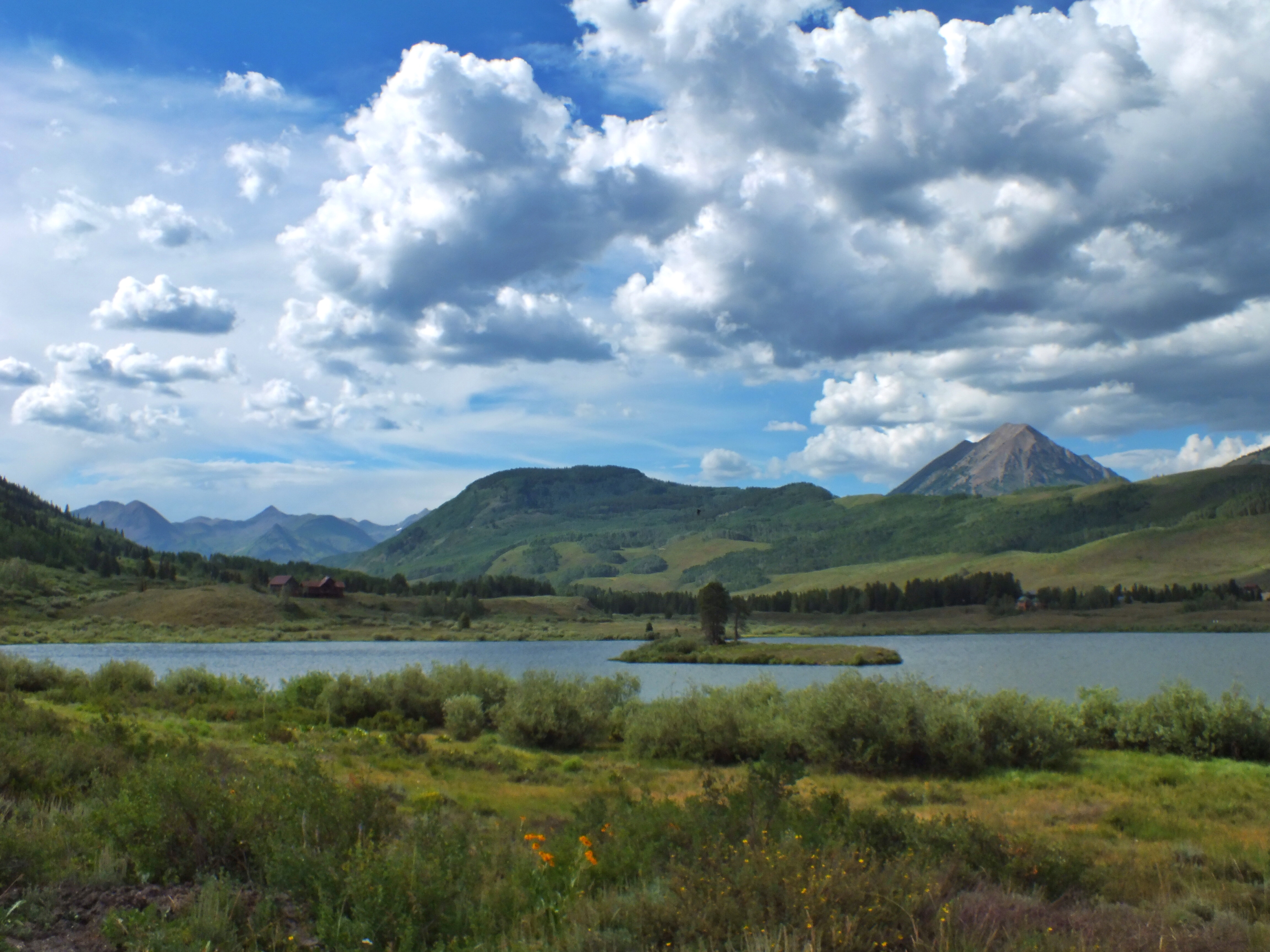 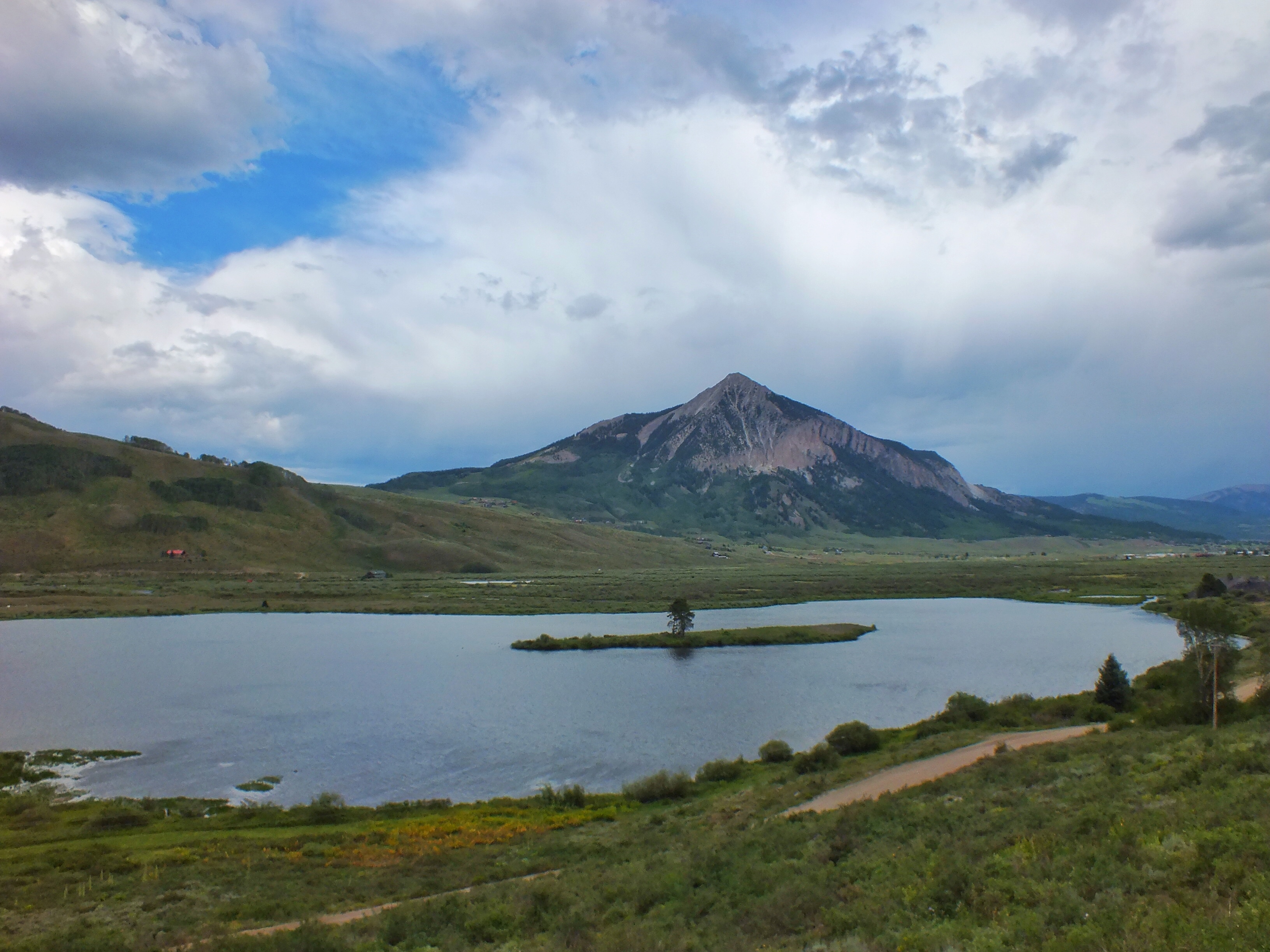 The mountain in the photos above and below is Crested Butte, after which the town is named. 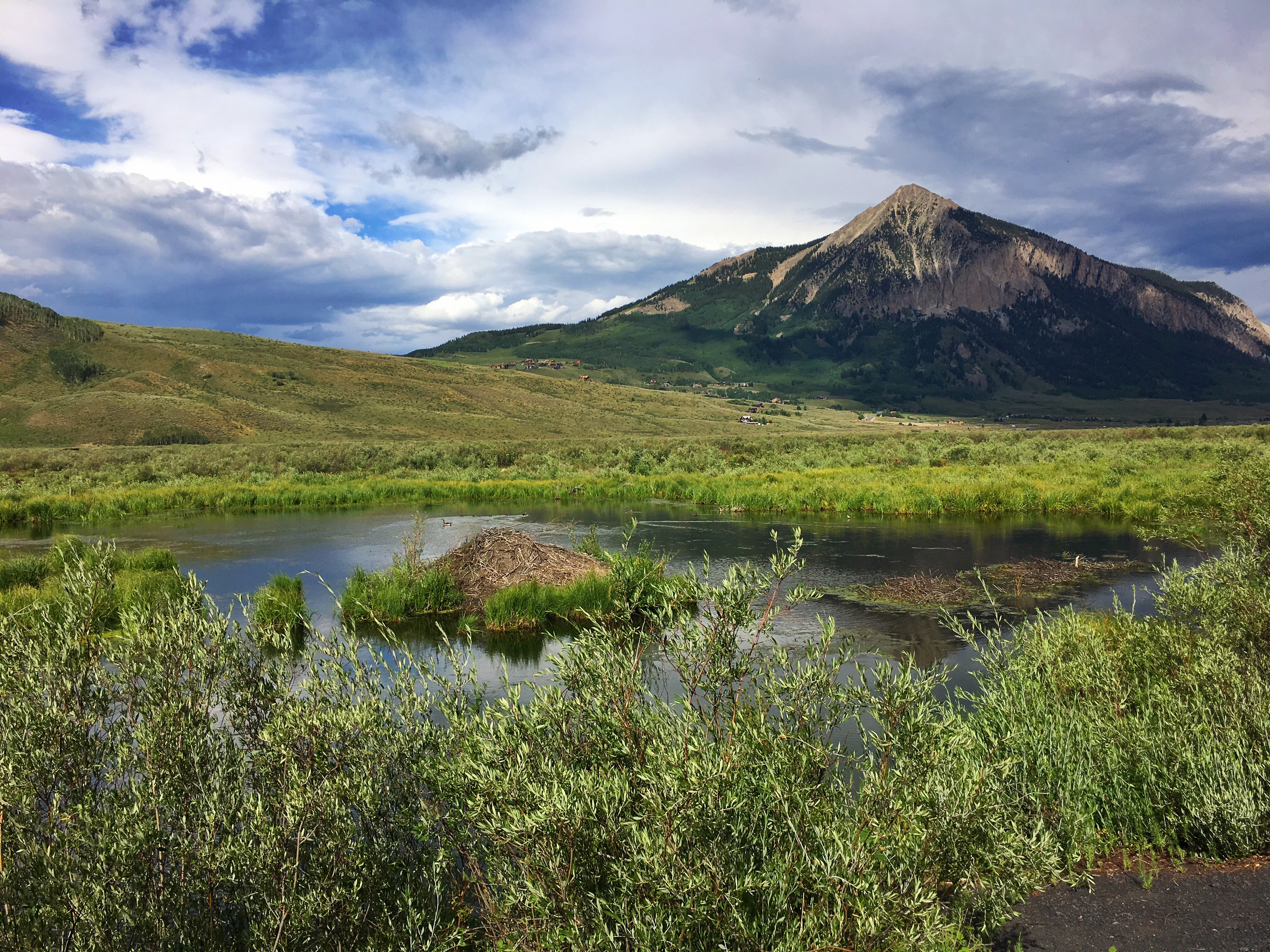 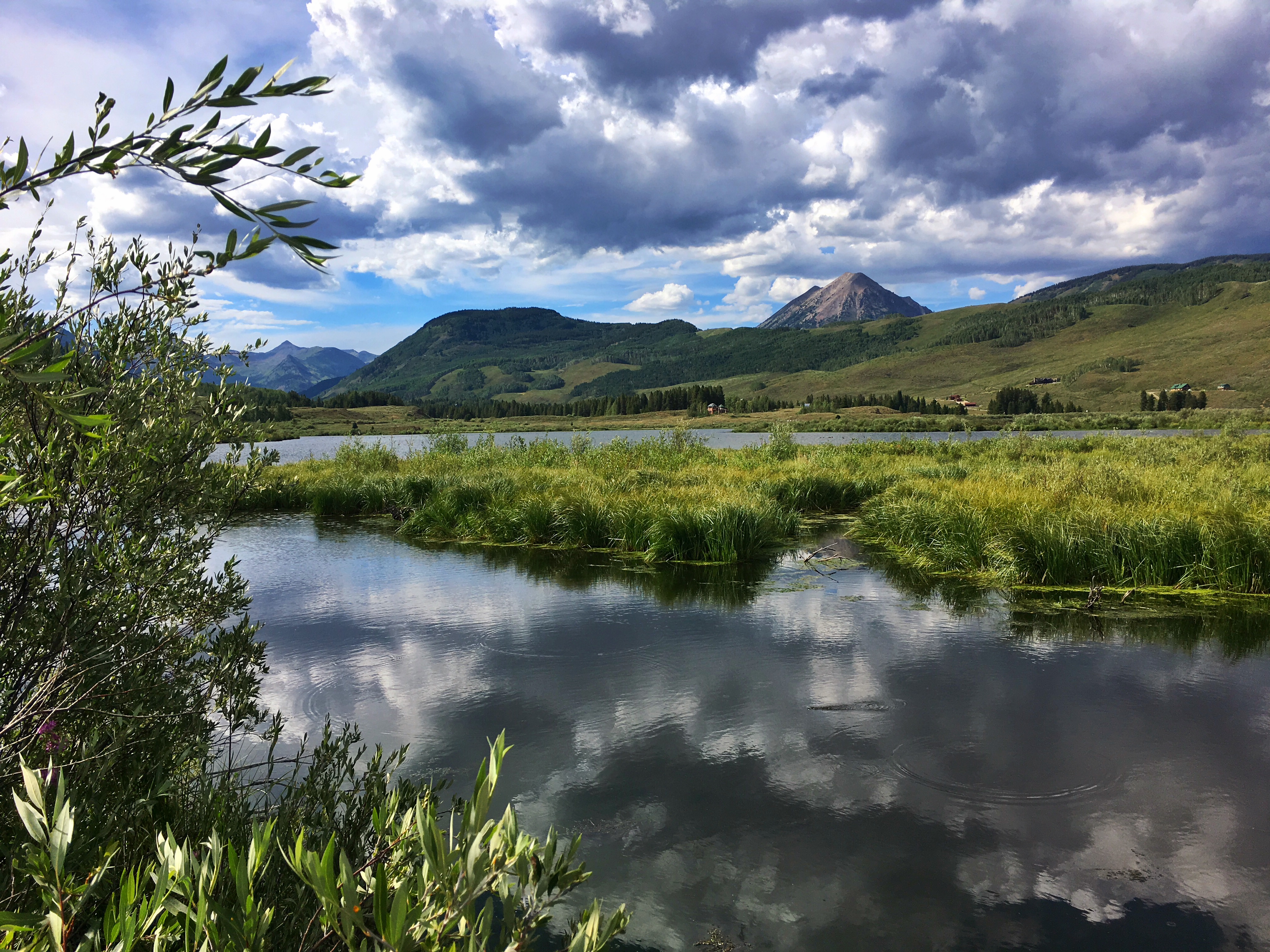 In some old ruins, I found these two Golden-mantled Ground-Squirrels. 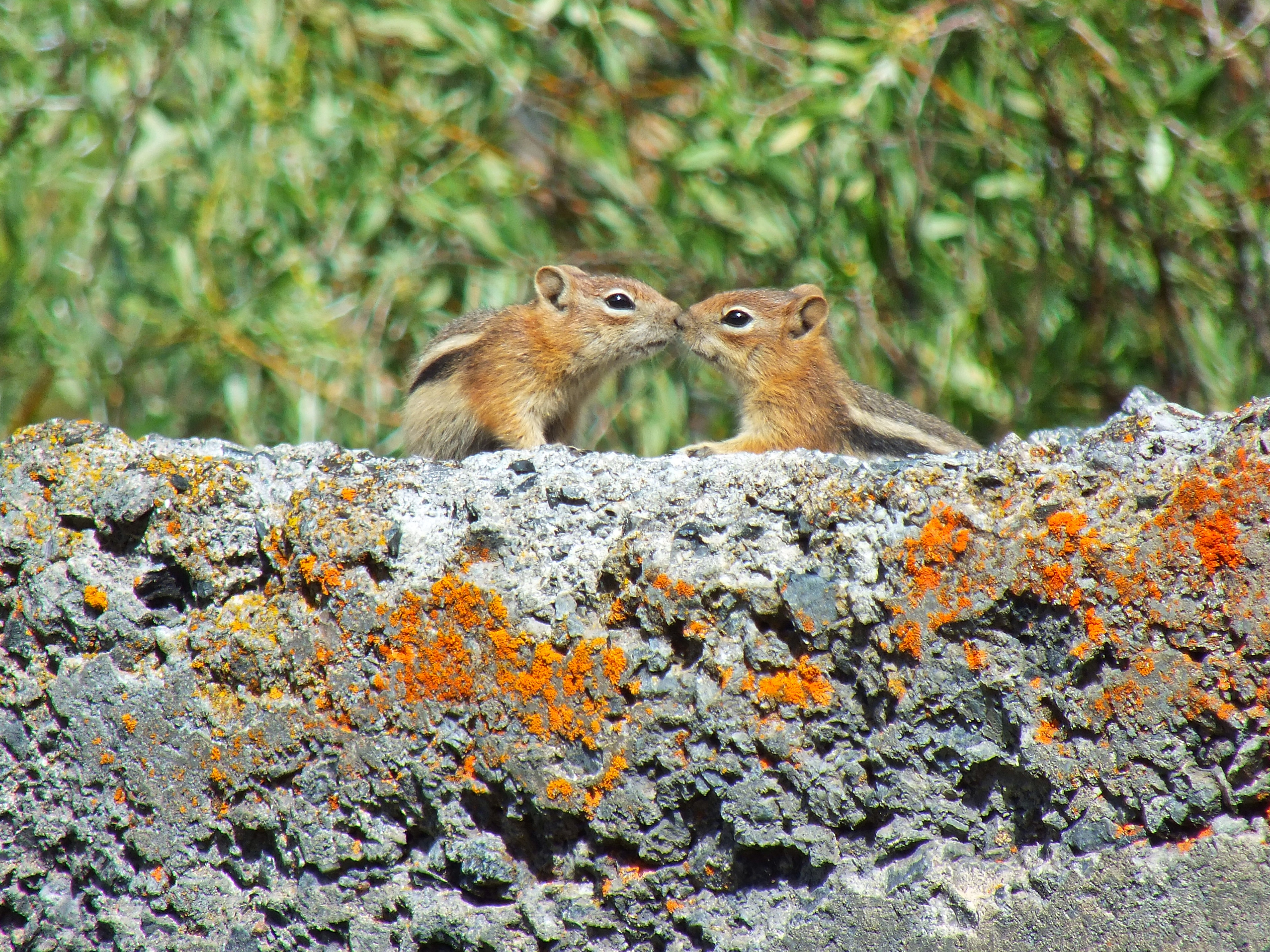 I would have liked to do more, but it had been a long day. We crashed in the room for the evening, eating Lunchables from the nearby market. We had a good time in Crested Butte, and would even stay in the same hotel if we make it back. It was fairly pricey, although I’m guessing it’s about as inexpensive as it gets in that town. It was clean and the beds were comfortable—all I ask of a hotel. It would have been nice if there had been decent chairs and if the water temperature in the shower didn’t change every two minutes. But you can’t have everything in life.

This entry was posted in Plants, Scenery. Bookmark the permalink.