Black Swifts are hard to find. They nest on the West Coast on ocean cliffs and at scattered locations in the Rockies near waterfalls. They aren’t common anywhere, and they don’t usually gather in any numbers. They can be most easily found if you know where a nest is wedged into a rock wall. Some birders who have seen Black Swifts multiple times on nests have never seen one in flight. That’s because they leave their roosts early in the morning and range over a large area, sometimes miles from home. They often fly very high up, where they can easily be overlooked, and they rarely make any noise away from the nest.

After trying and failing to see the swifts at Rocky Mountain National Park last Wednesday, I thought my chances for the year might be over. But then somebody found a few flying over Beckwith Reservoir in Colorado City a couple days ago. And then somebody else went down yesterday and saw them again. I made a sudden decision last night to go for it this morning. I texted my coworkers that I would be getting to work late.

All of the swift sightings were early—before 7:30 am, which meant that I had to get up at 5:00 am.  When I got up this morning, it was dark and raining hard. I checked the weather on my phone and saw that the storm was centered around Colorado Springs. The urge to go back to bed was strong but I fought it off.

The rain kept up as I drove through Fountain, then stopped suddenly. Soon after, I was treated to a glorious sunrise.

I got to Beckwith Reservoir around 6:40. I determined that I would leave by 8:00 so I could get to work by 10:00. The lake isn’t huge. There are houses around, but not a ton of them. A concrete walking path that circles the lake was in use by a steady stream of elderly exercisers. The sky was still cloudy, and a breeze kept things cool. By the time I left, the clouds had evaporated and the summer sun was warming things up quickly. 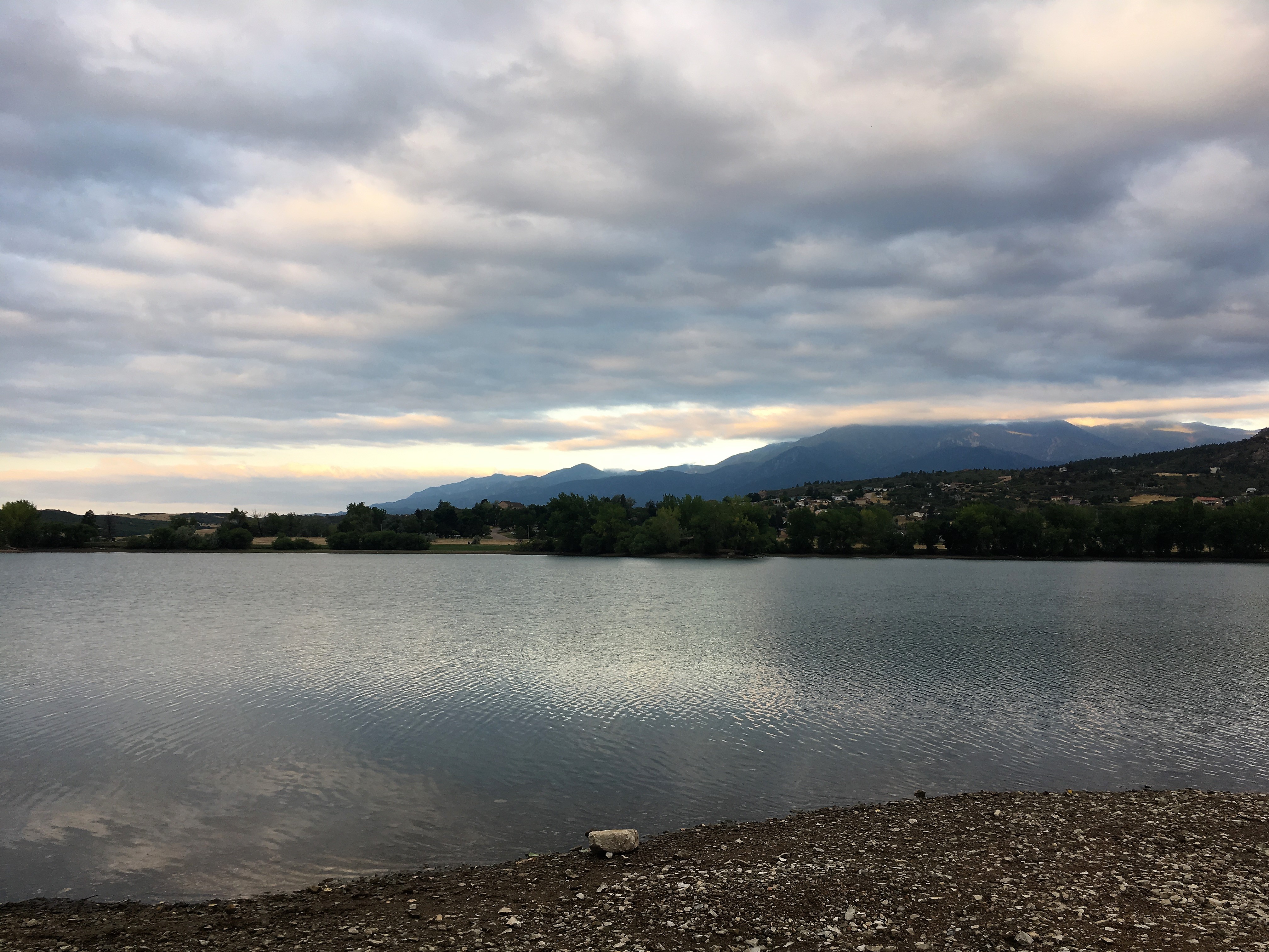 I walked along the shore and saw a variety of birds. I didn’t make any extra effort to identify them because my attention was on the sky. There were a couple hundred swallows around, which made picking out a swift or two challenging. By 7:45, I still hadn’t seen any,  and I figured that, since it was already later than when they’d been seen the past couple days, I’d missed out.

Then high up across the lake, my eye caught a hint of movement against a white cloud. I looked through my binoculars and saw two swifts circling. They were so far up that I could only occasionally, barely, see them with the naked eye. But through my binoculars, I had no doubt they were swifts. I could tell that they were all dark, which ruled out White-throated Swift. Vaux’s and Chimney Swifts are both well out of range here, plus they’re smaller, grayer, and have narrower wings. I was sure I was looking at Black Swifts. I grabbed my camera to try for some video, but it wouldn’t focus. When I gave up, the birds had disappeared.

That was disappointing. I had seen them for maybe 15 seconds from very far away. Although I knew what I’d seen, I wasn’t satisfied. I ran/walked around the north end of the lake and kept looking. 8:00 came and went. Around 8:10, I found them again. They were lower,  flying near treetop level along a ridge west of the lake. I was still a long way off, but the view was better. I took a good long look with my binoculars to double-check my i.d. I could see the squared-off tails and the long sickle-like wing bent back in an arc. The sun  was behind me, giving me the best possible light.

I tried again for a video, this time by holding my phone up to my binoculars. Here’s what I got.

When I enlarged that as much as possible and took some screen shots, I got these views. 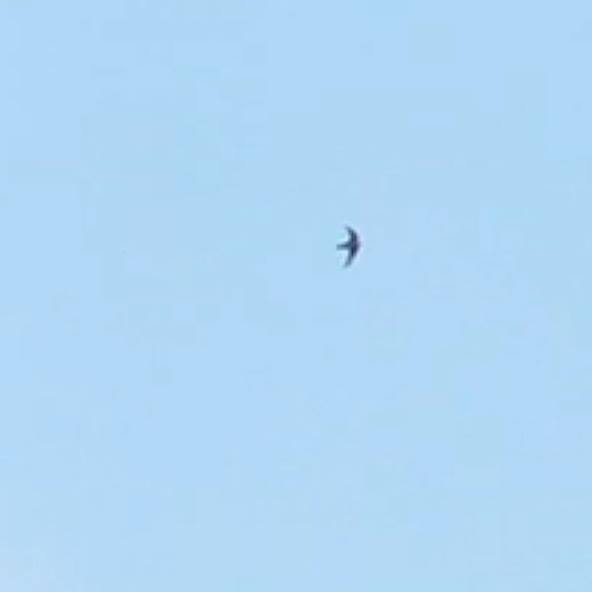 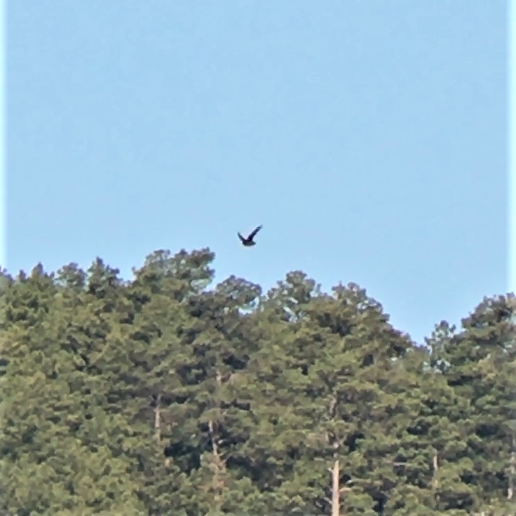 After maybe five minutes, the swifts disappeared again. I headed for home. Here’s a shot  I took of Beckwith Reservoir just before I left. I’d seen the swifts flying up and down that ridge in the background. I took the video above from the path in the far corner of the lake, about where the row of trees on the right-hand side of the photo ends at the beach. 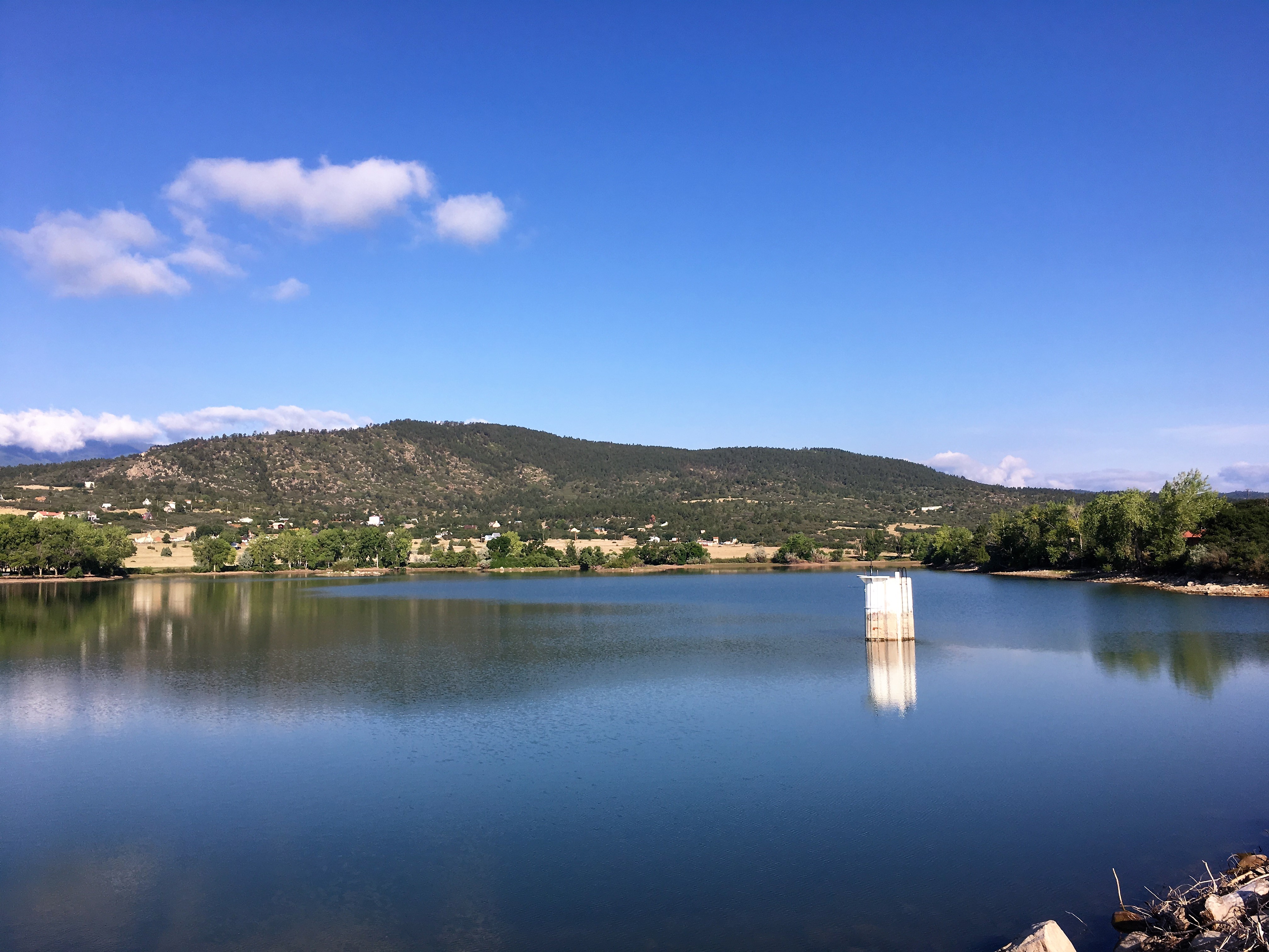 These two photos were taken by another birder at the same spot the morning before I was there. I’m guessing they’re probably of one of the same birds. They help give perspective to my photos. 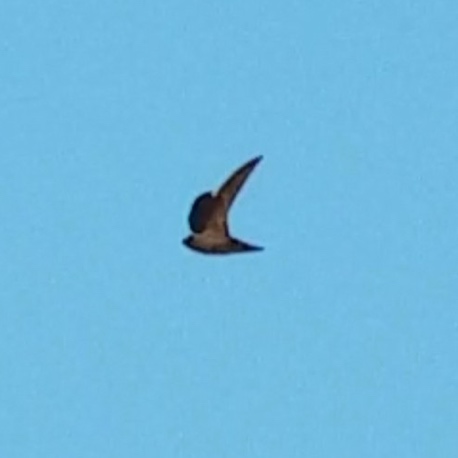 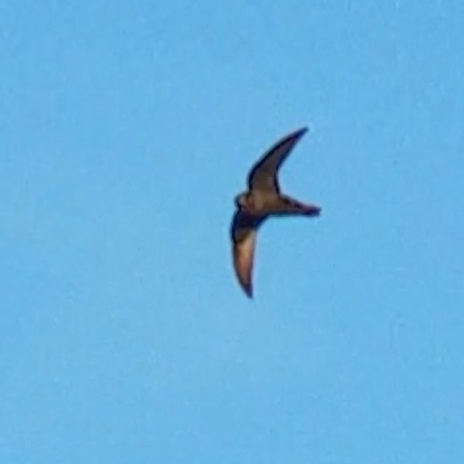 My quest for 500 birds in North America began 39 years, 2 months, 14 days, 16 hours (accounting for the difference between Central and Mountain Time), and 45 minutes (give or take a minute or two) ago. I still plan to bird and chase lifers, but from here on, any new ones will be a bonus.