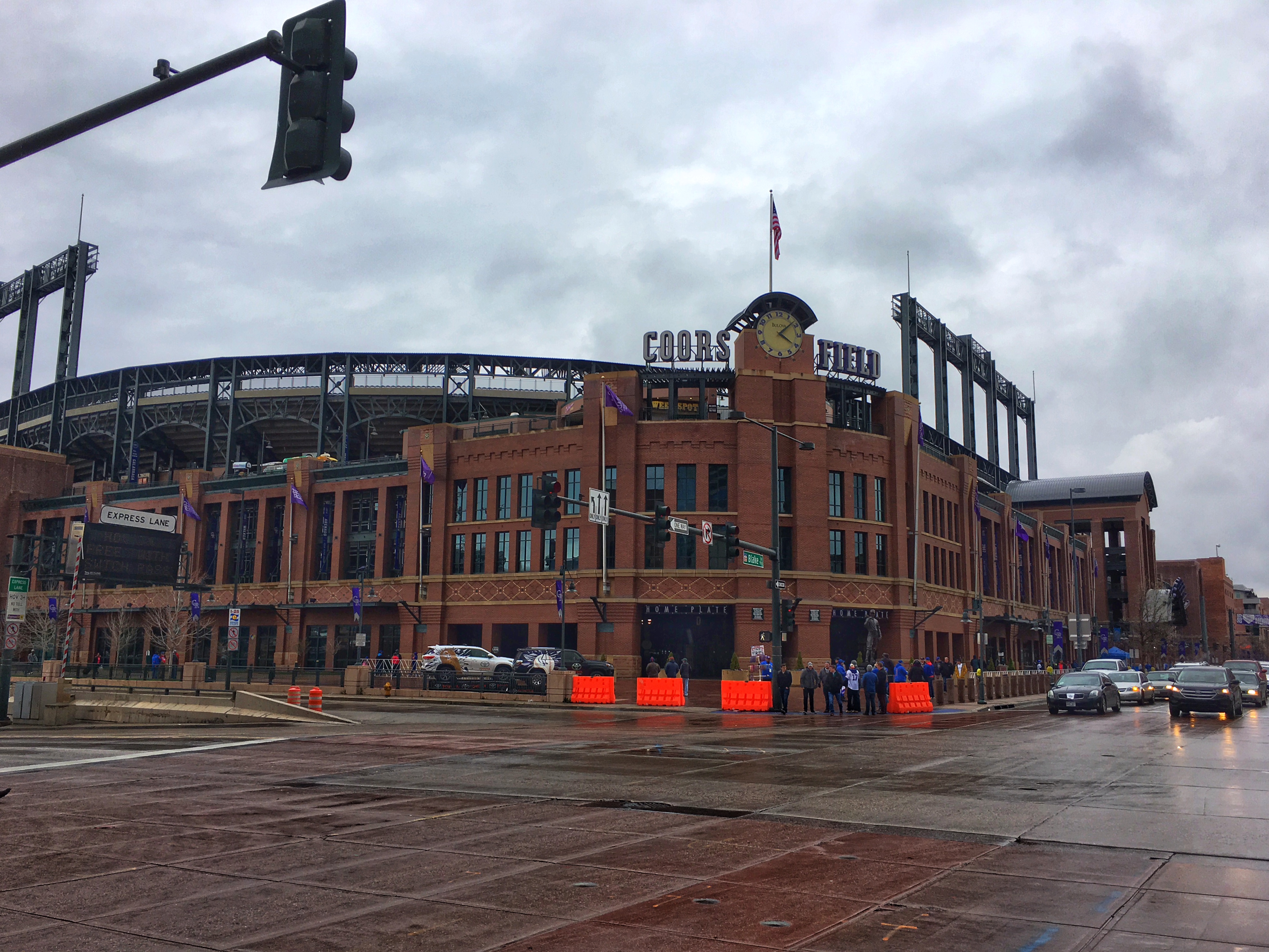 My wife has a cold, and this day was damp and cold, so she decided it would be smarter not to go. I headed to Denver by myself and, after driving around the neighborhood for half an hour, found a parking spot in an untended lot two blocks from the stadium for $20. I toured the National Ballpark Museum. It was still two hours before game time, but one gate was open so fans could get in to watch Cubs batting practice. 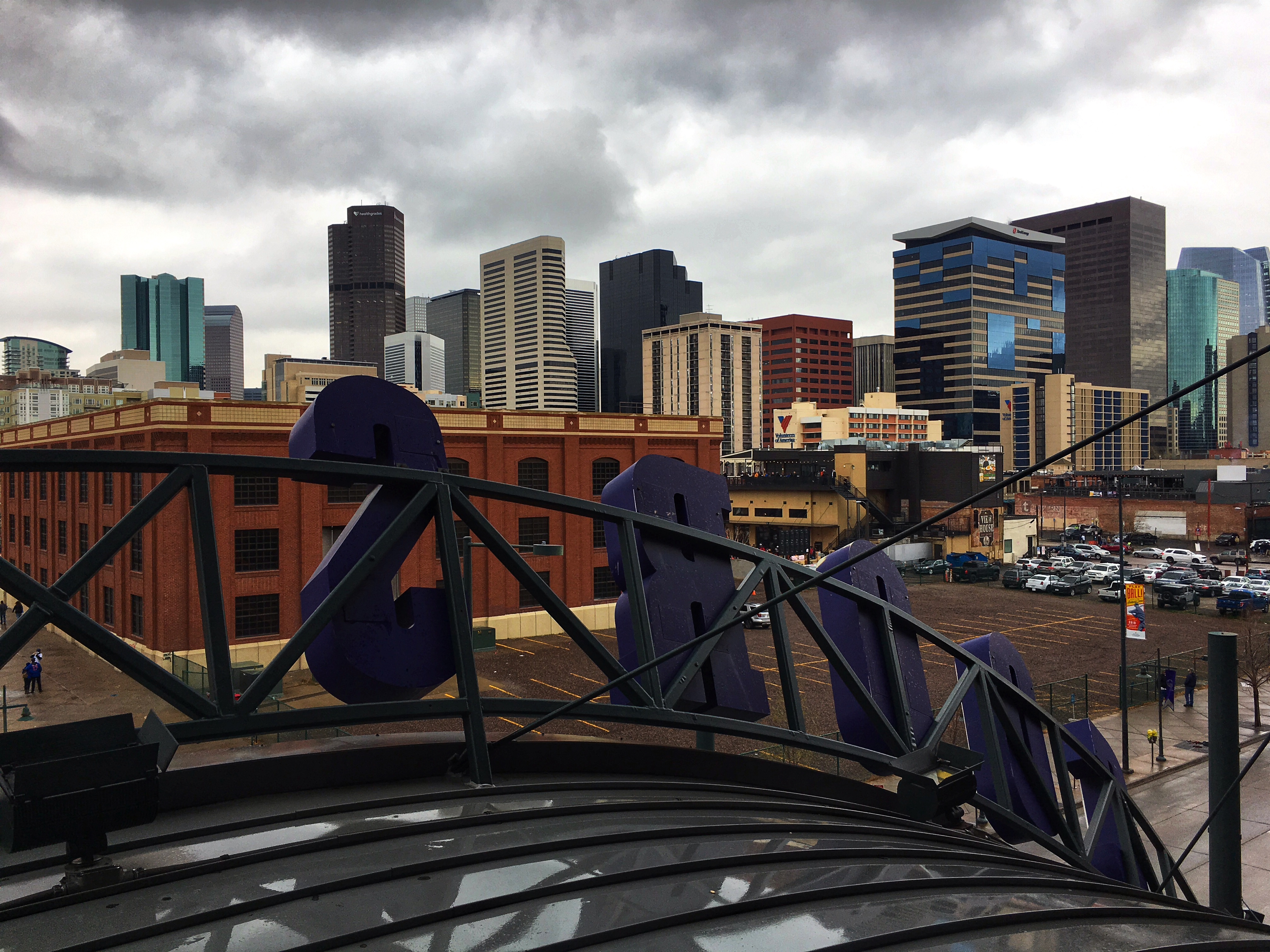 After wandering around inside the stadium, I bought a Polish sausage and a bag of peanuts and found my seat. It was in the upper deck just beyond third base.

It was still raining, and I realized quickly that I wasn’t wearing enough coat. It was about 35°, and I was up where I had no protection from the wind. I got up and wandered again to keep the blood flowing.

The Rockies’ ploy didn’t work. At least half, maybe more, of the crowd was rooting for the Cubs. In my section, it was closer to 80%. The young guy next to me recently moved to Denver from Iowa, and his parents were visiting just to see the Cubs. I chatted with him off and on throughout the game.

Finally, about halfway through the game, the skies cleared, but it was too late for the sun to warm things up. 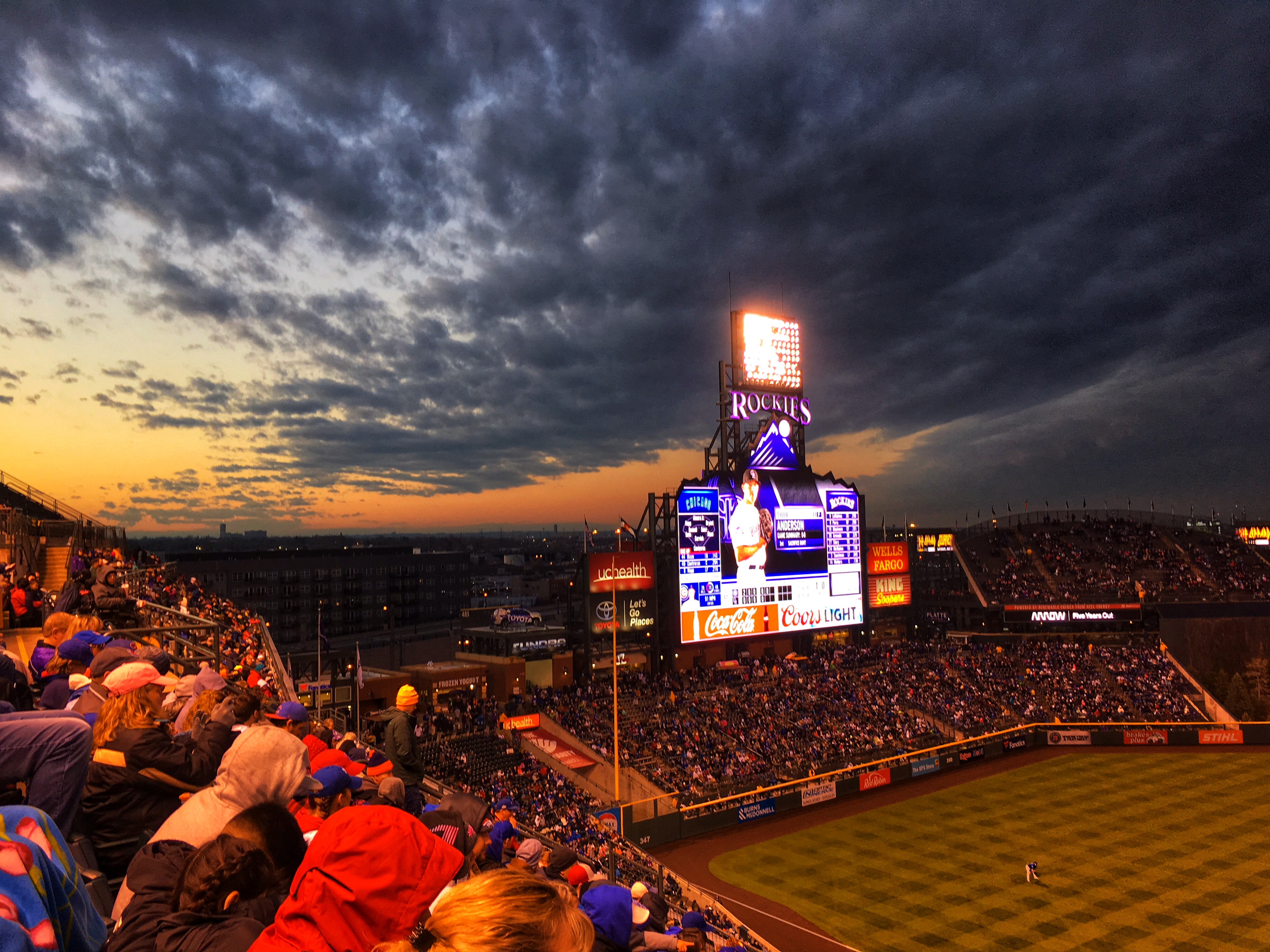 As for the game … The Cubs jumped off to an early 2-0 lead on a double by Contreras that missed being a home run by about two inches. It was close enough to review.

And that was about it until the fifth inning when Darvish walked a Rockies player who was hitting .048 and then an out later walked the pitcher who was batting .000. This brought up the top of the Rockies order, and four hits and a walk later, the Rockies had scored 5. And that was it. The Rockies won 5-2. The Cubs helped with two tootblans (thrown out on the bases like a nincompoop). 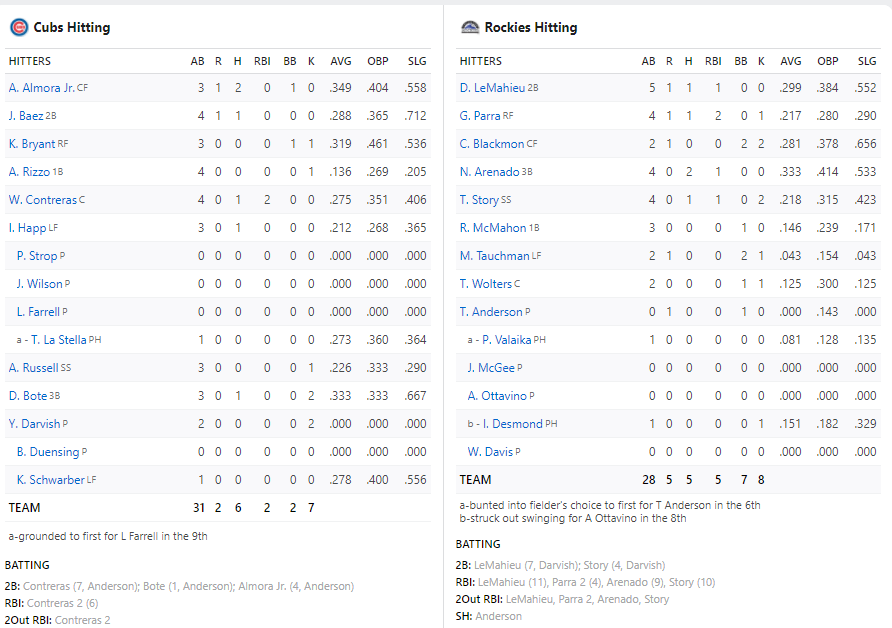