This tiny museum is crammed into a storefront kitty-corner from Coors Field. The collection features artifacts from MLB ballparks built between 1909 and 1923 — or so the woman at the desk informed me. In fact, there was stuff from Coors Field, from the Minor League Denver Bears, from the Seattle Pilots, and from several other fields. But most of the displays were on the older stadiums—Crosley Field, Forbes First, Wrigley, Fenway, Yankee Stadium. It’s all the personal collection of some local guy.

Admission was $10, which was pretty steep for the size of the place. There were three small rooms and a hallway or two. Most of the stuff was unlabeled, although much of it was self-explanatory. The focus of the museum was seats from various stadiums. 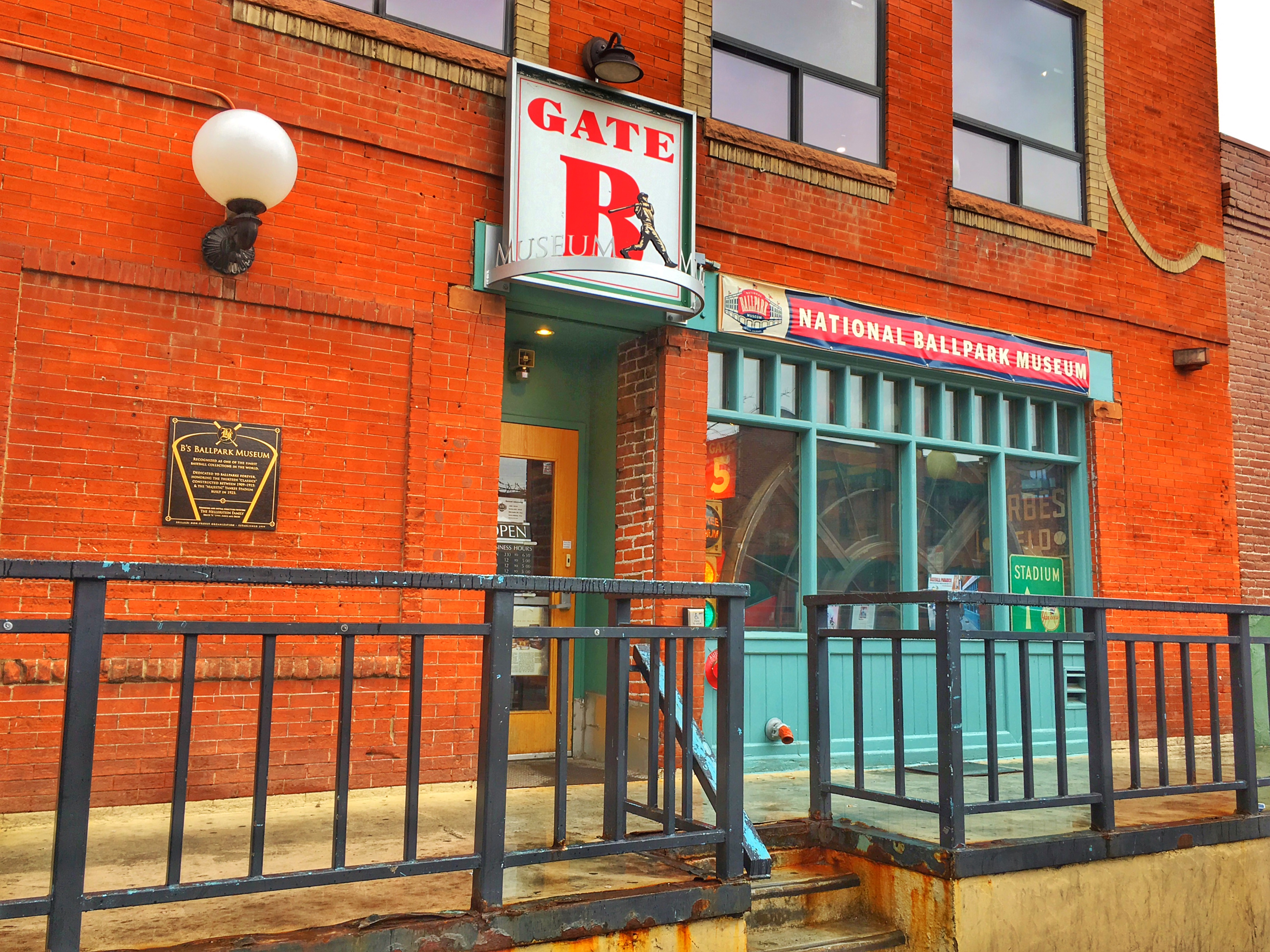 The next three photos show about 70% of the museum. The pennants on the seats were from the home teams of the stadiums the seats came from. 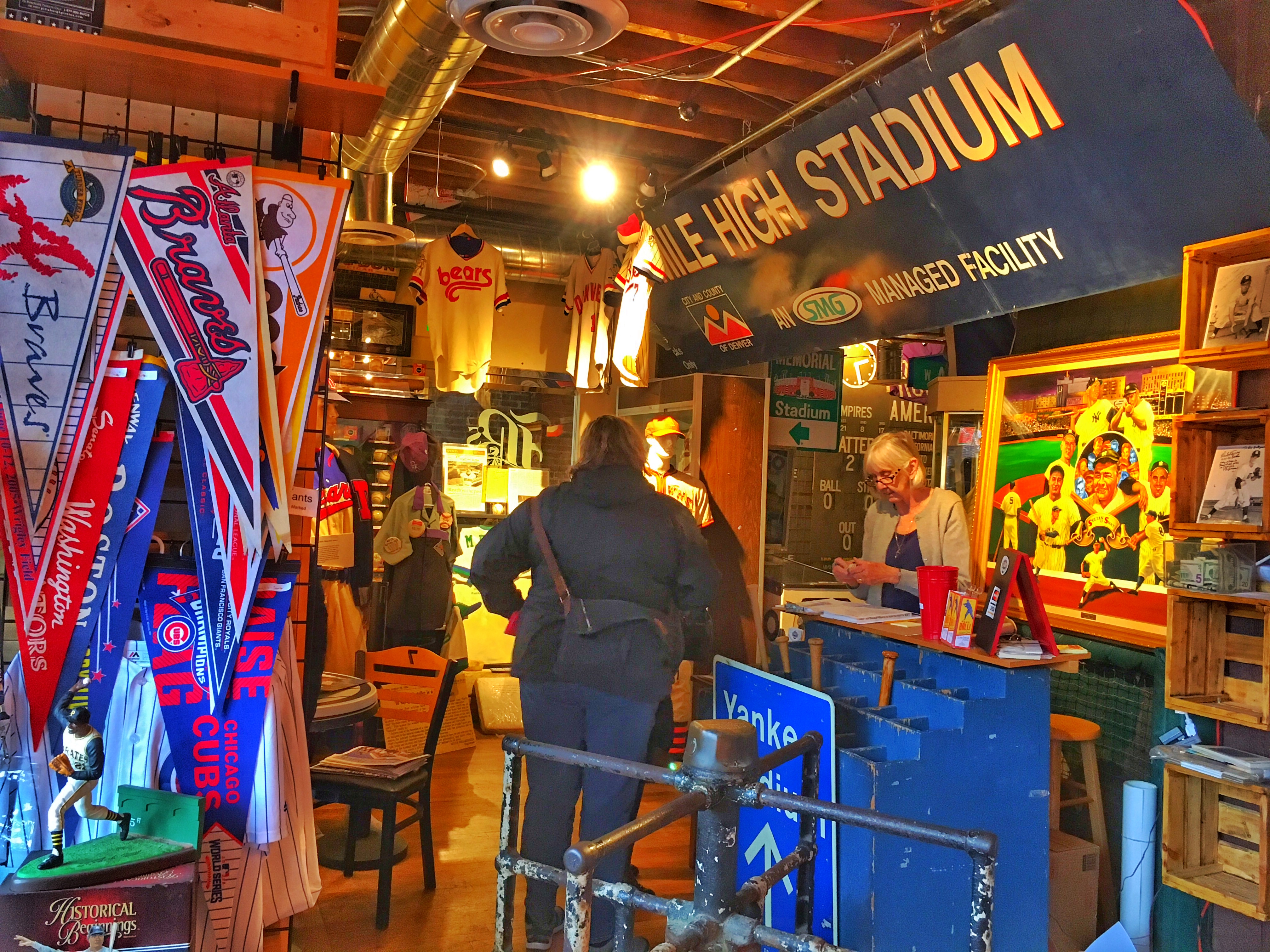 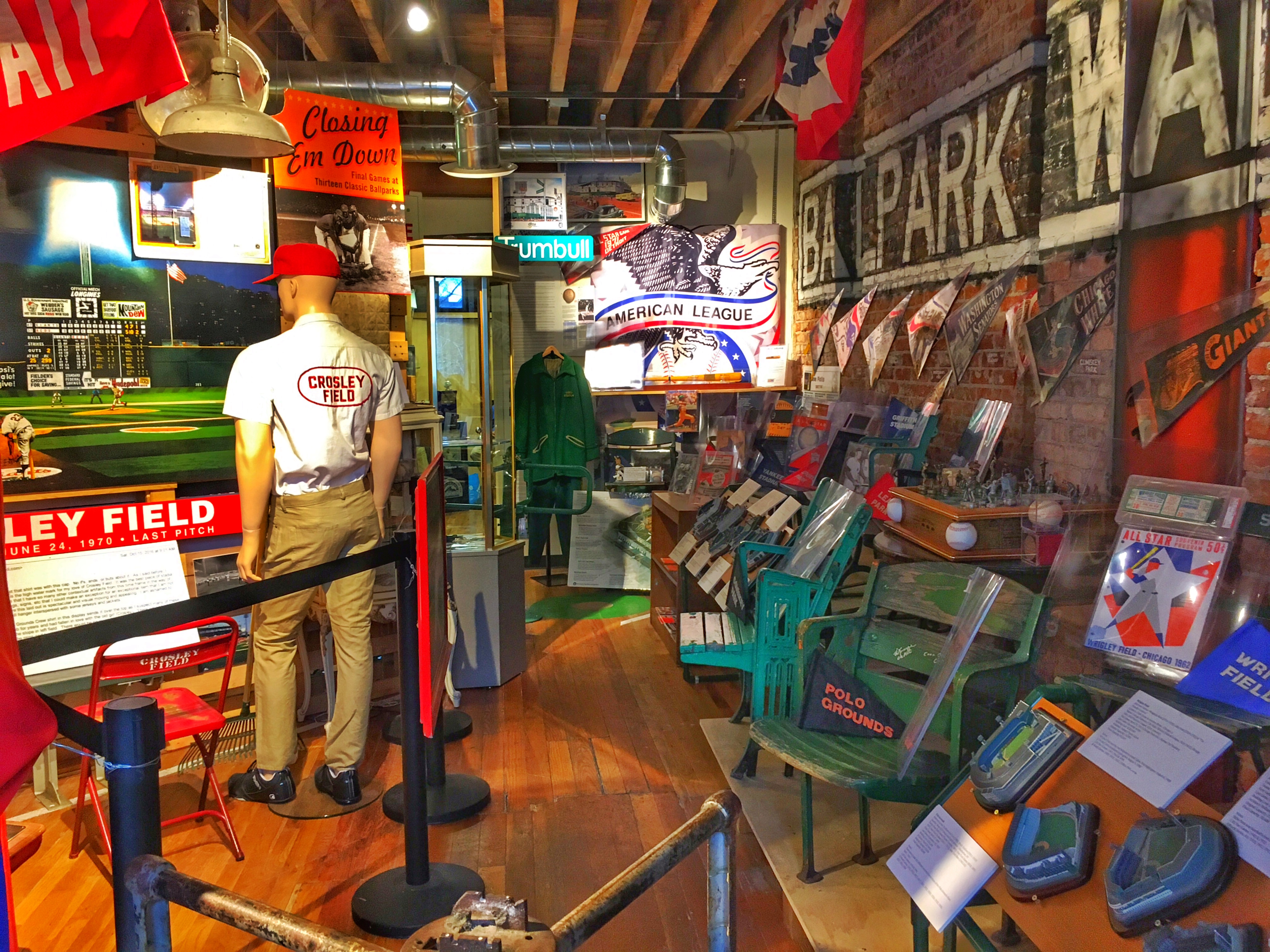 The Cubs logo on the floor is an on-deck circle from Wrigley Field. 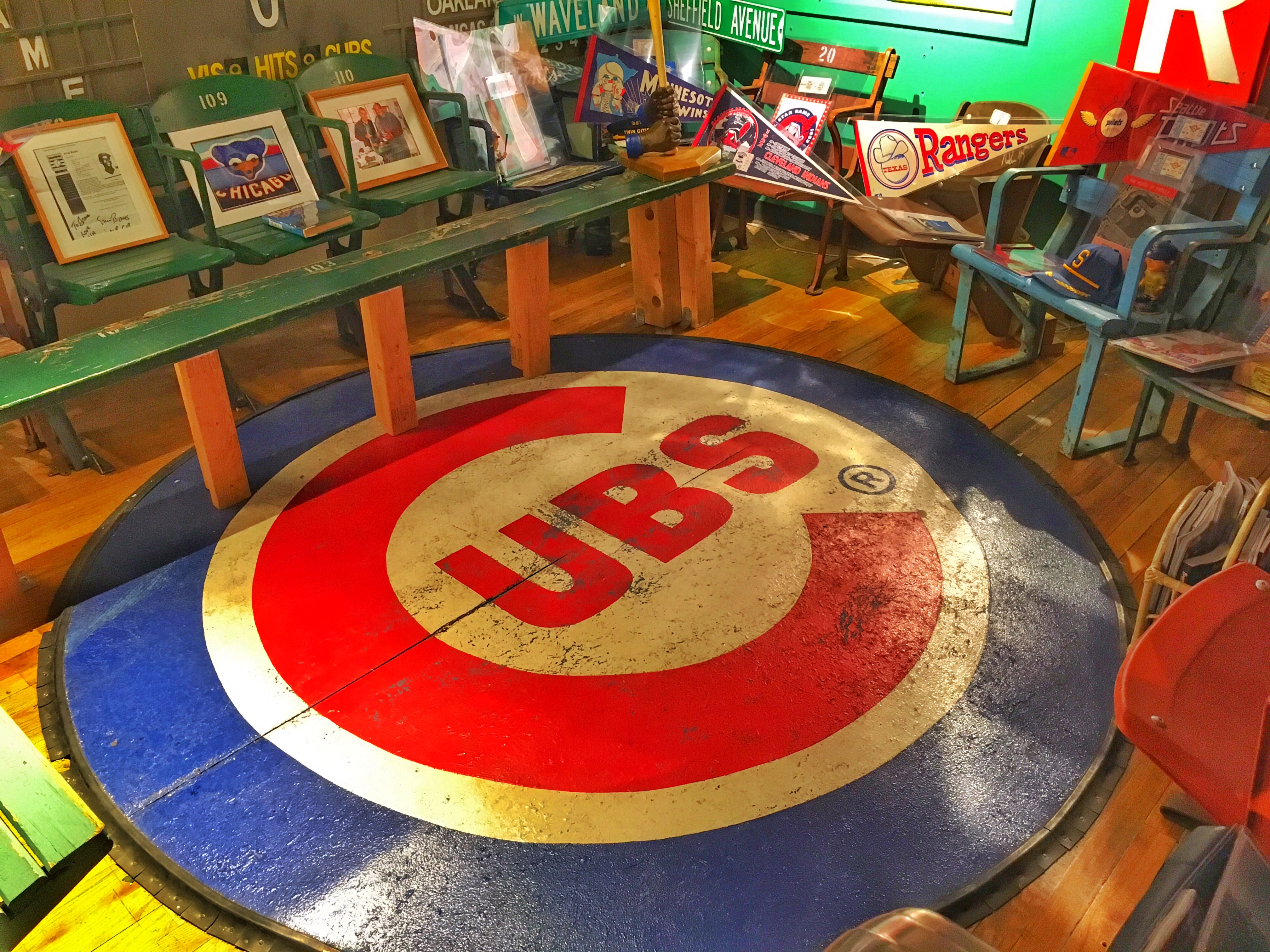 The cement ornament and the arched window are both from Forbes Field in Pittsburgh. 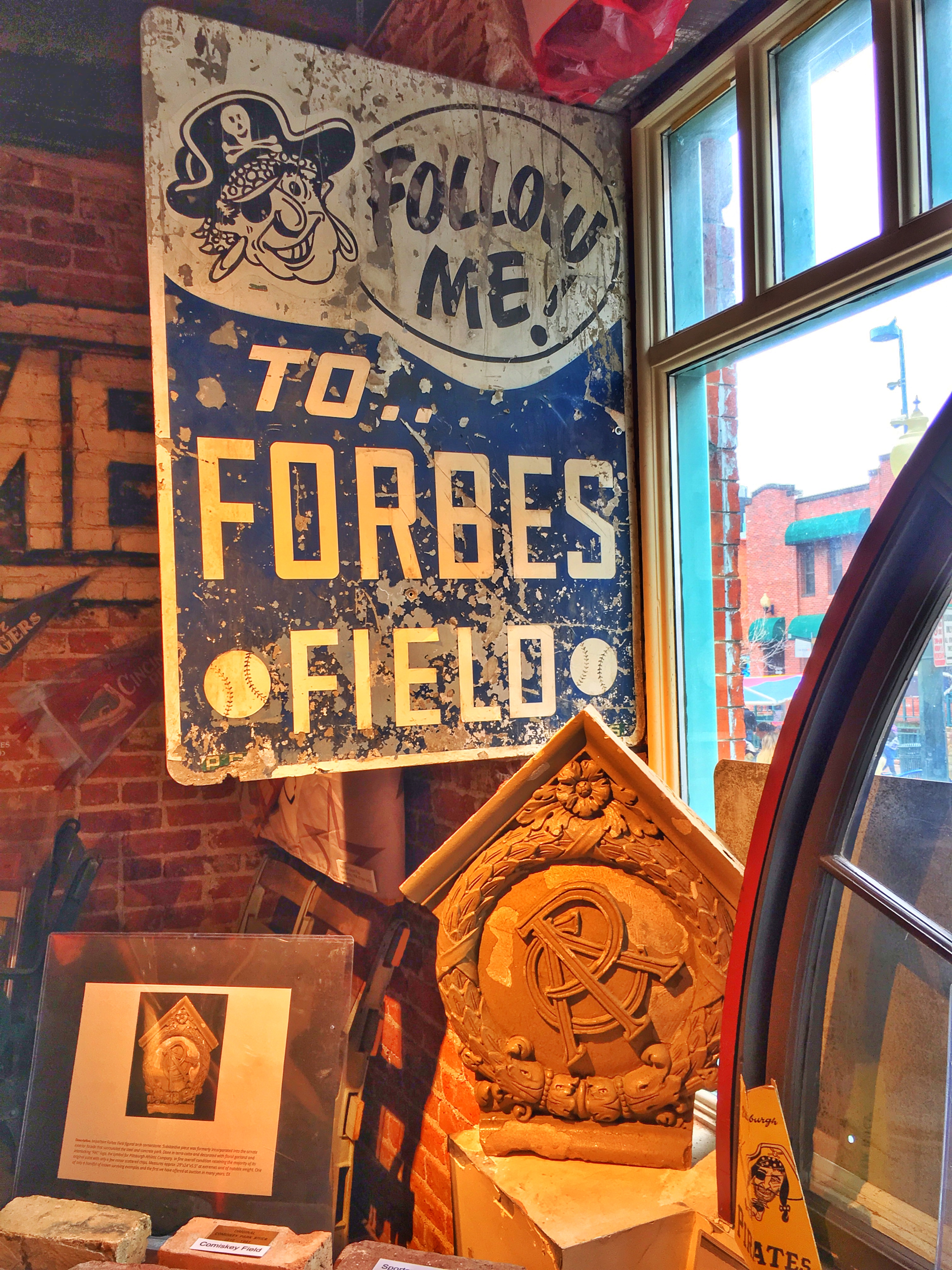 Souvenirs from 1969, the Pilots lone season in the Major Leagues before moving to Milwaukee. 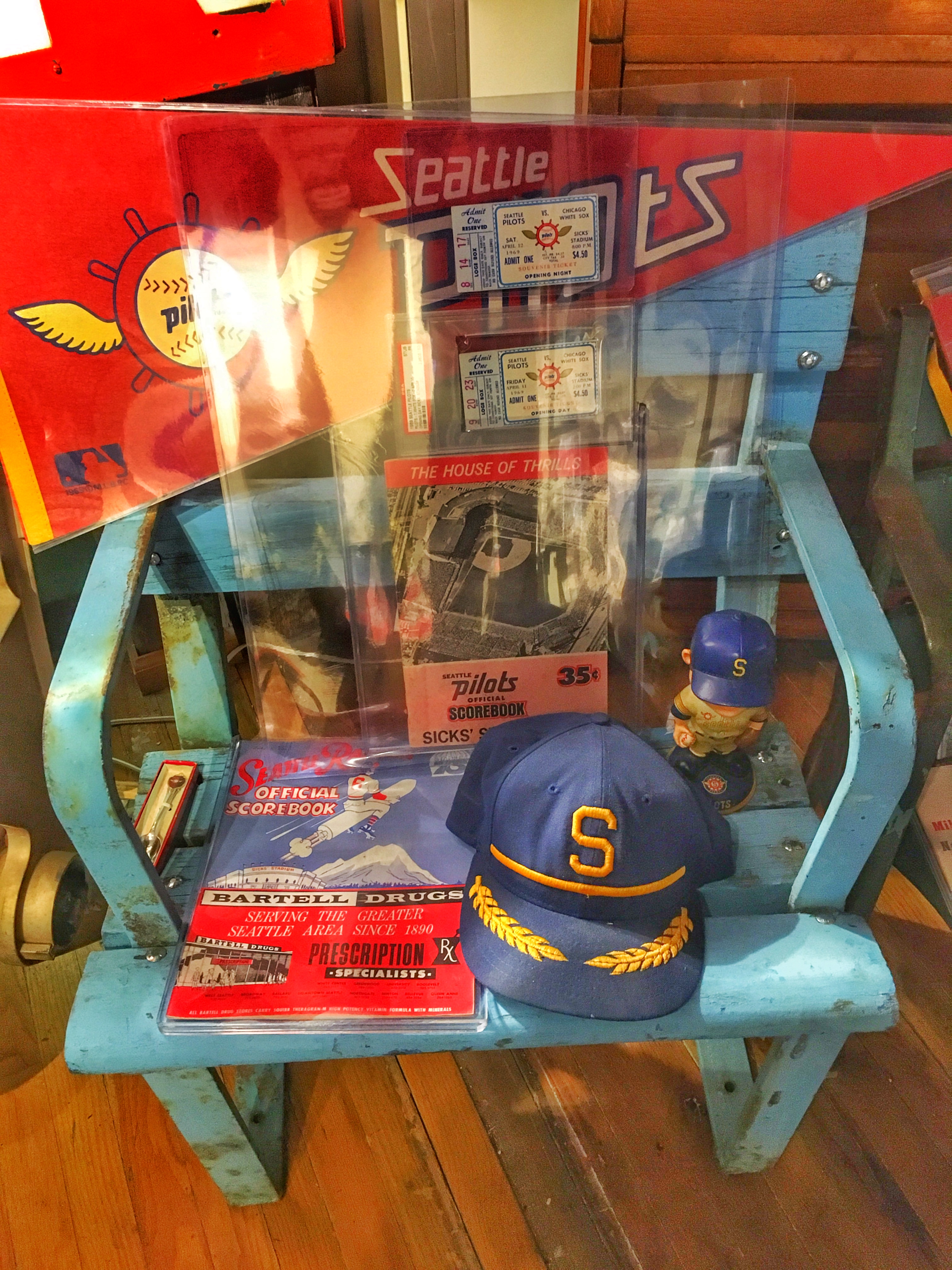 The woman at the desk told me that this uniform was owned by a player who was drafted by the Browns but never made it to the team because he was also drafted by the Army. When WWII was over, the guy decided to head to medical school and only played baseball in the summers. 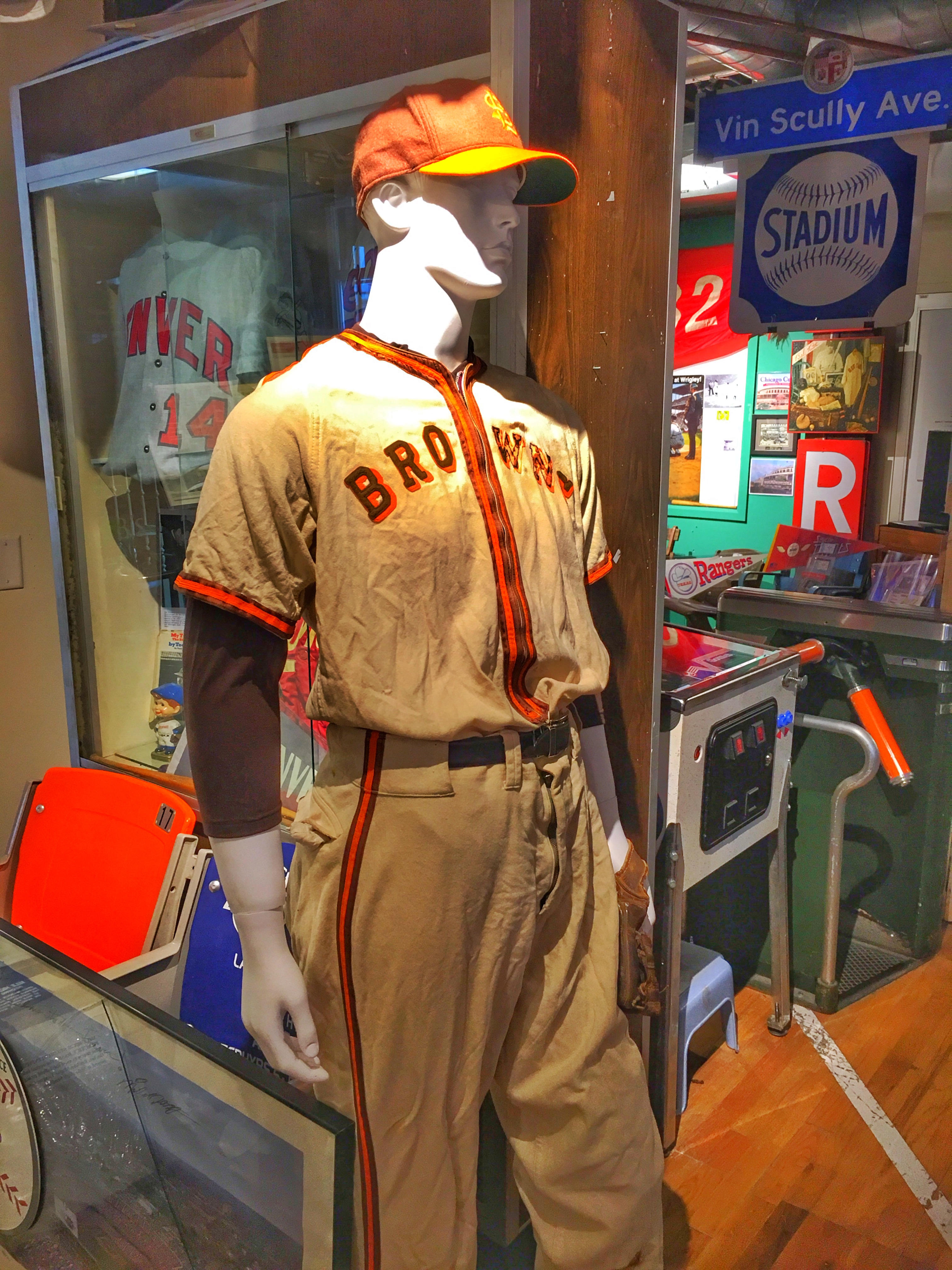 The museum probably isn’t worth a special trip, but as a way to kill 45 minutes before a Rockies game, it was cool.