Some Deep and Meaningful Thoughts on Stadium Names

The White Sox recently announced that the name of their ballpark will soon change to Guaranteed Rate Field. That just rolls off the tongue, doesn’t it? The fact that the logo consists of a giant arrow pointing straight down is unfortunate. I mentioned this to a friend who is a White Sox fan. I said it didn’t bode well for the team. He replied, “Bode nothing … It’s belaboring the obvious.”

If I have to find something good to say about the name it is this: A generation of baseball fans will know how to spell “guaranteed.” If there are any fans …

U.S Cellular Field wasn’t great either, although it was generally referred to as “The Cell,” which wasn’t awful.

Some other current Major League parks have names that are lacking that certain something.

There are a few corporate-name fields that aren’t bad – Target Field, Chase Field. The best has to be Cincinnati’s Great American Ball Park. 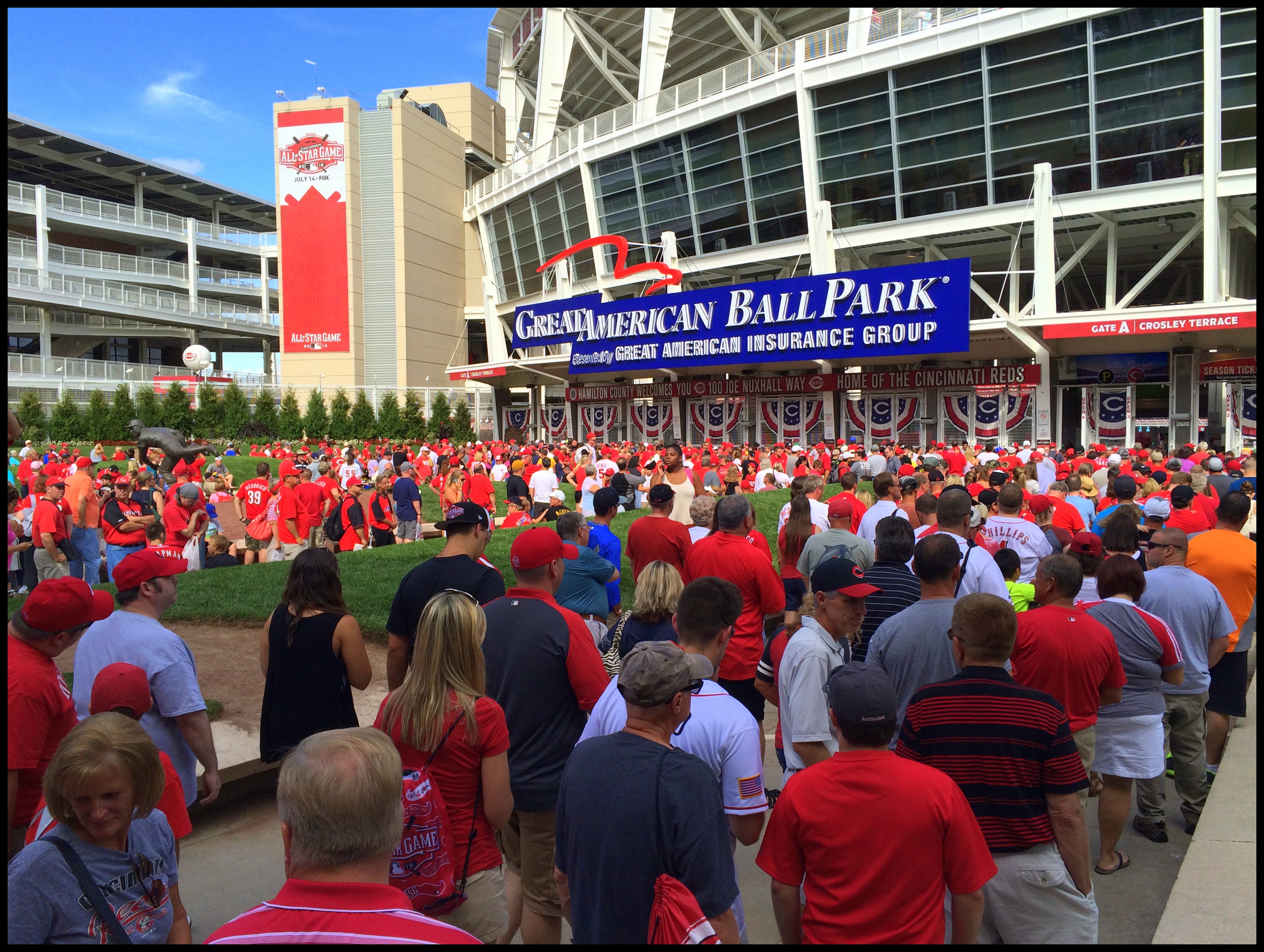 A few years ago, there was talk of the Cubs selling naming rights to Wrigley Field. The “purists” rose up in revolt, protesting the commercialization of the classic ballpark. Really? Do you actually think William Wrigley, Jr. didn’t have his product in mind when he chose to change the name from Cubs Park?

I’ve always been a bit surprised that the Wrigley company didn’t do more with the Cubs. I know they don’t own the team or park anymore. But why not put a little electronic sign somewhere in the stands that flashes advertisements for the various gum brands when certain things happen on the field.

If this ever actually happens, I want royalties.

But all this got me thinking. What other businesses should, or shouldn’t, buy naming rights to Major League parks?

Marvel Comics should partner with a team. The players could wear spandex and capes. There could be comic book/baseball crossovers like “The Fantastic Four vs. The Minnesota Nine.” And maybe they could come up with a way to turn video board replays into comics.

Some teams change their park name fairly frequently. So why not sign a deal with a movie studio and change the stadium name every month to promote new movies? This could result in …

You’d think Baby Ruth would have connected with some team. Yes, the candy company claims that the candy bar was named after the daughter of President Grover Cleveland. But since it came out in 1921 when Babe Ruth was becoming a superstar and when Ruth Cleveland would have been 30 if she hadn’t, in fact, been dead for 17 years, I’m skeptical.

And while we’re on candy names, I’ll end with what I’ve decided would be the worst possible name for a ballpark — Butterfinger Field.