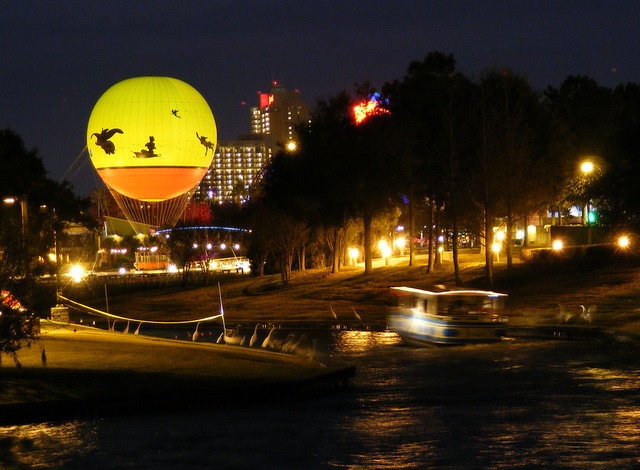 I had an hour to kill at Downtown Disney before I was meeting Nate and Karen to see a movie. There’s nothing to do at Downtown Disney except shop and eat, so I took a walk along the lakeshore. I went through a field, past a parking lot and down a path along a canal. As I crossed the canal on a bridge, I took this photo looking back to where I’d been.

A few moments later, I came to a dock where a boat like the one in the photo was docked. I asked the driver if it would take me back to Downtown Disney eventually, and when he said it would, I climbed aboard. I was the only passenger as we headed up the canal through pitch-dark woods to another dock. Nobody was there, so we turned around and headed back. When we got to dock where I’d boarded, a huge crowd came aboard for the final leg of the trip.

Notice the Great and Snowy Egrets lining the canal in the photo.