A Fox Sparrow has been hanging out at Clear Spring Ranch for the past couple weeks. Everybody and their mother has been there to see it. The one time I tried, there were so many birders that not much of anything was showing up. I tried again on the morning of February 1 and finally saw it—along with the rather rare White-throated and Harris’s Sparrows (and a mix of juncos, Song Sparrows, White-crowned Sparrows, and Spotted Towhees). 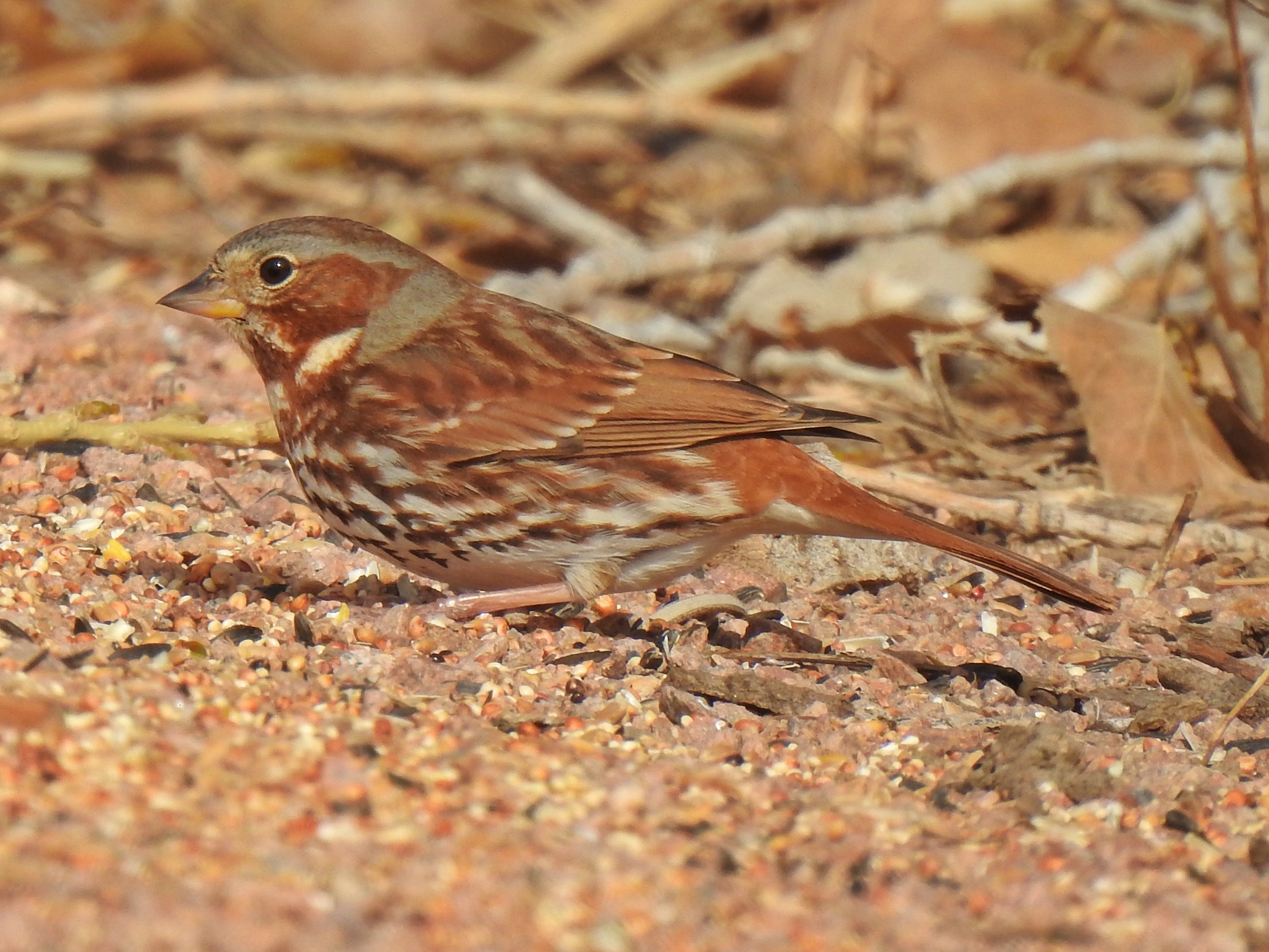 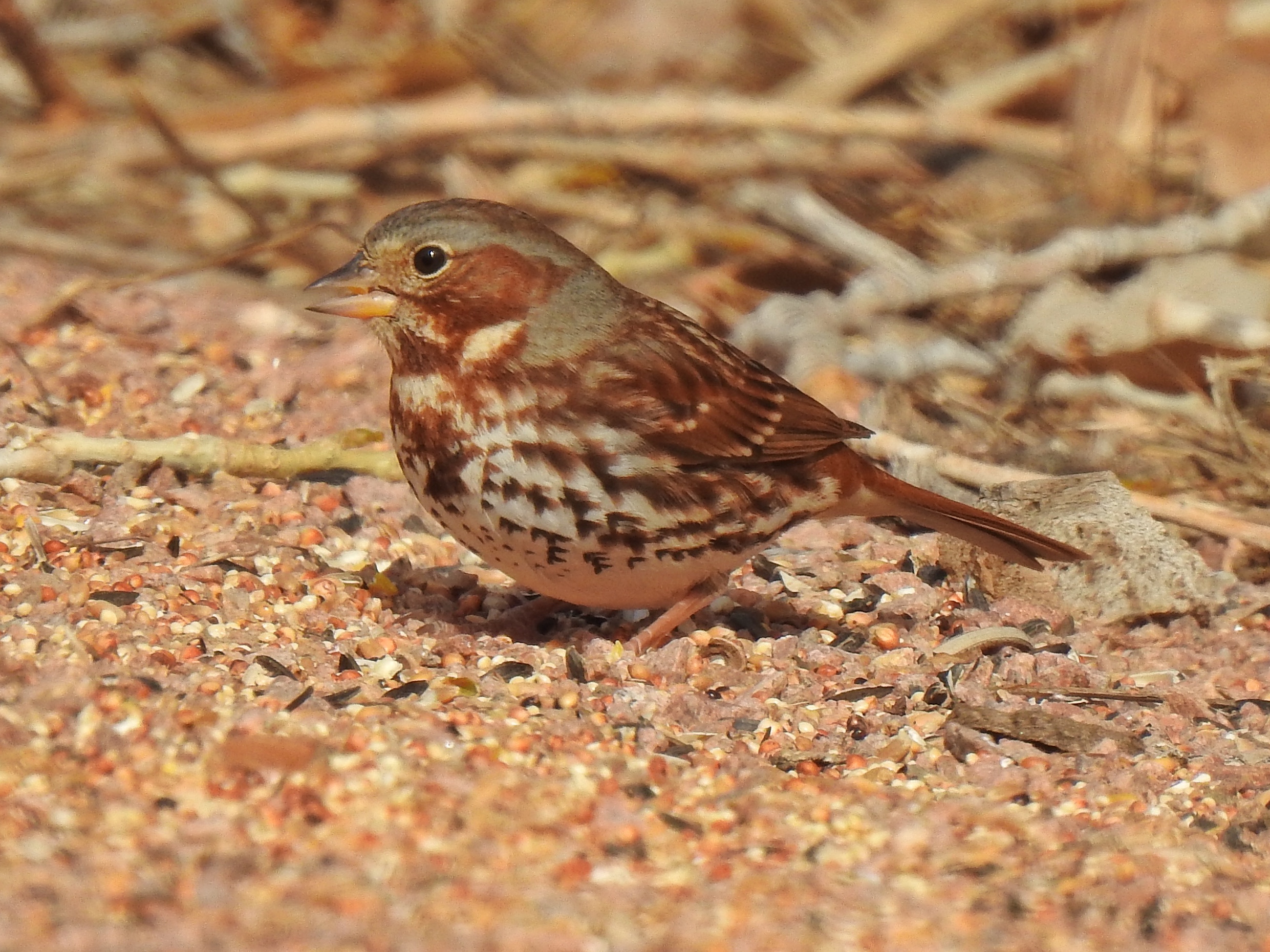 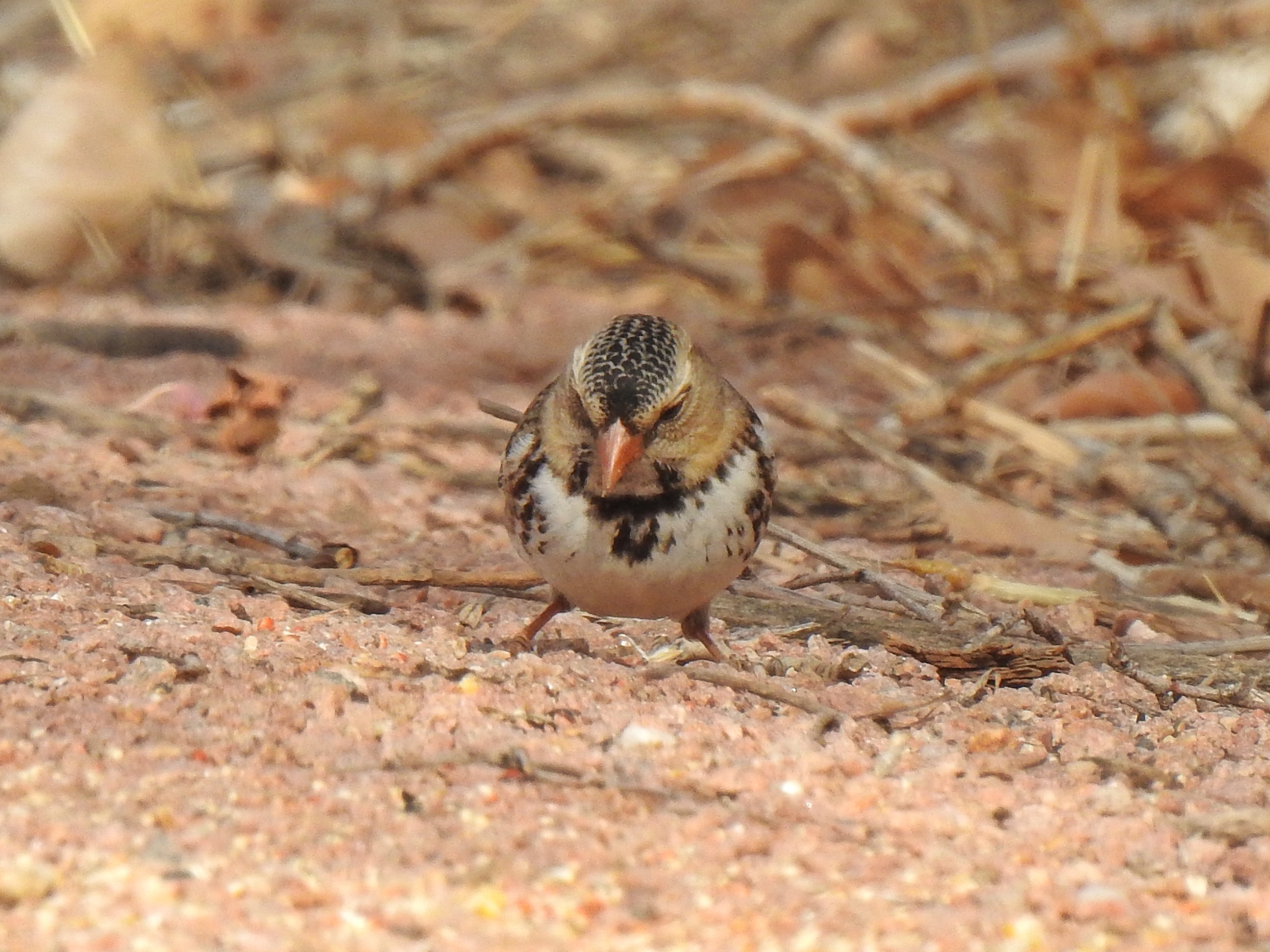 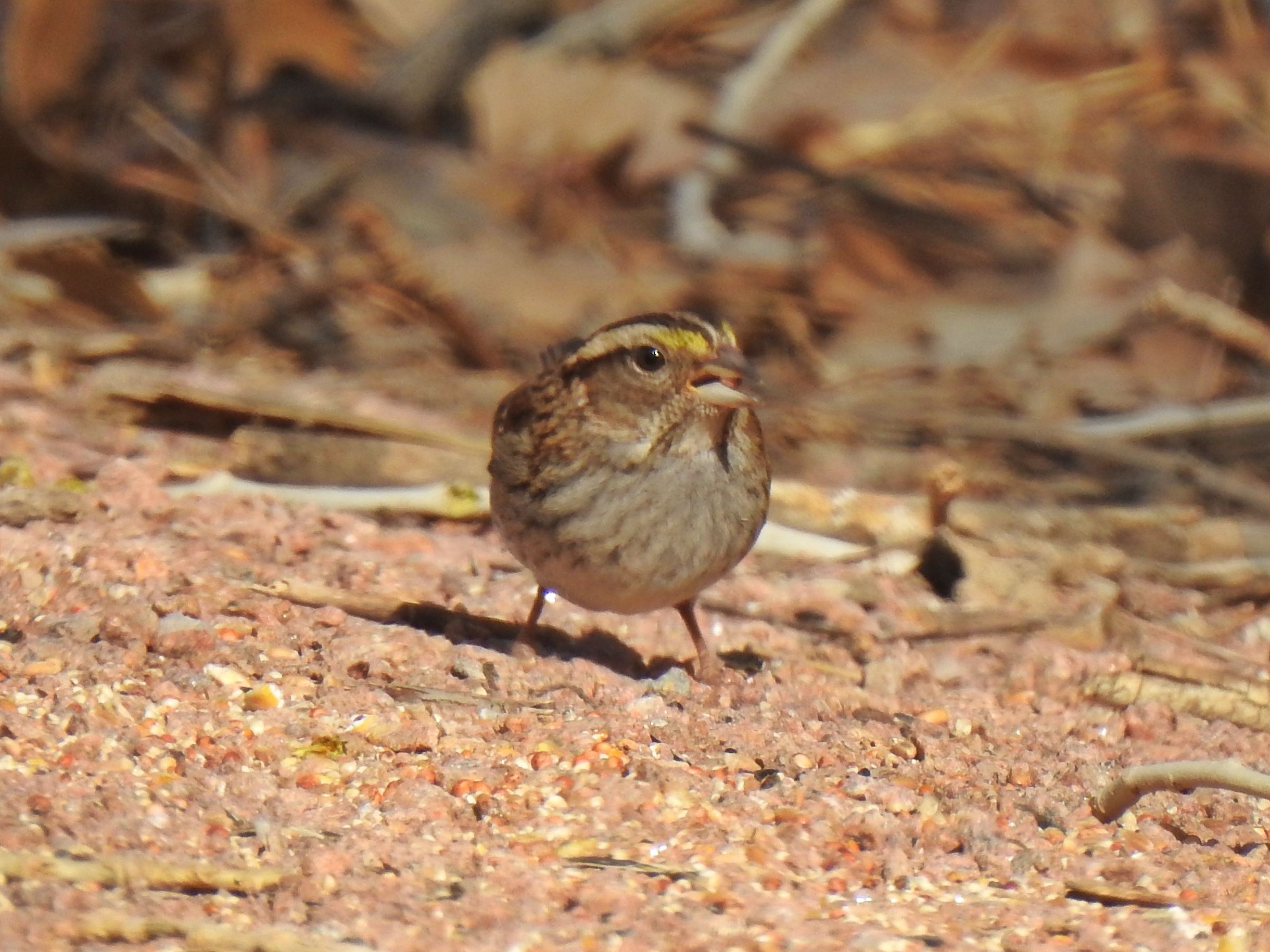 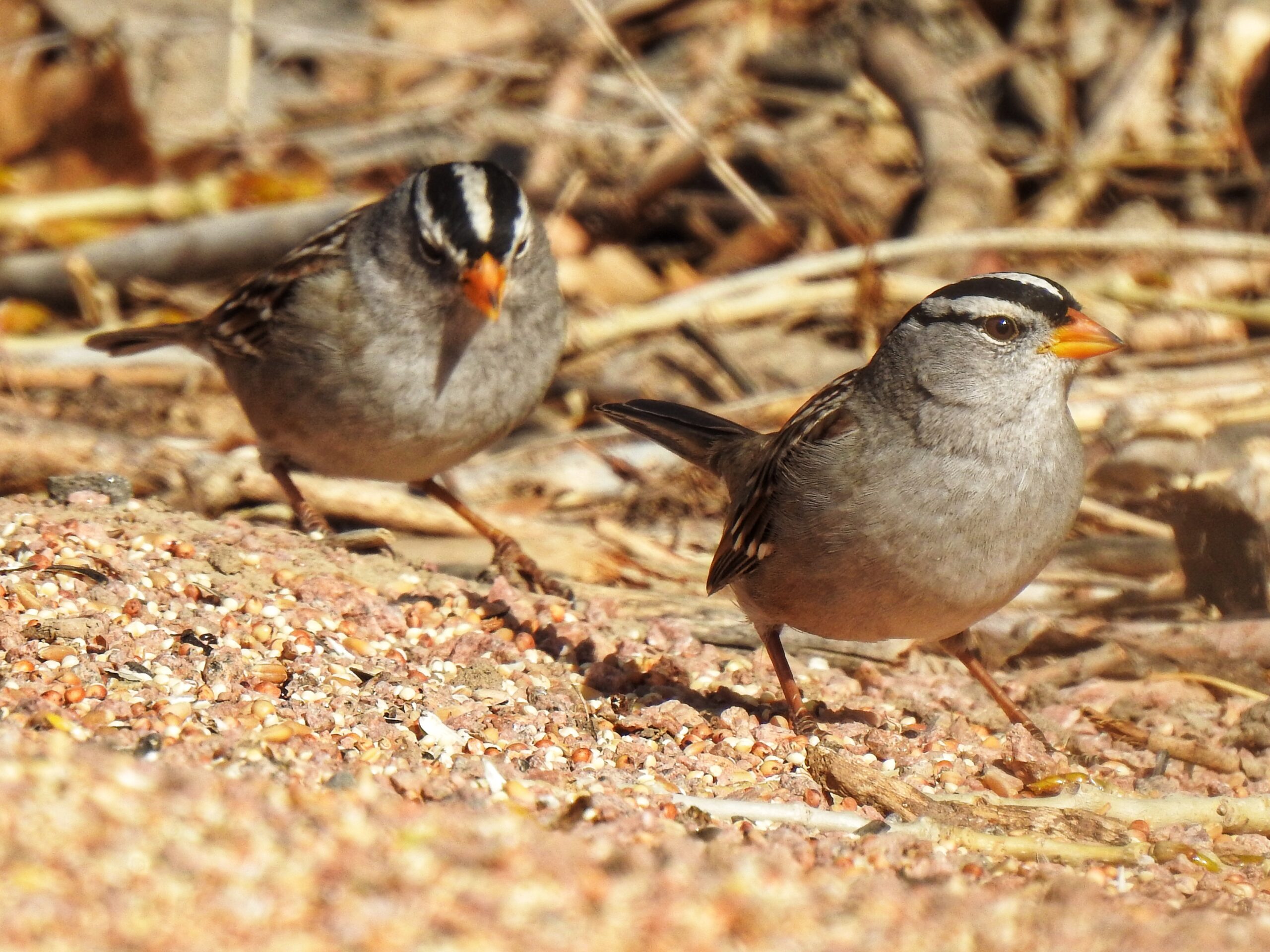 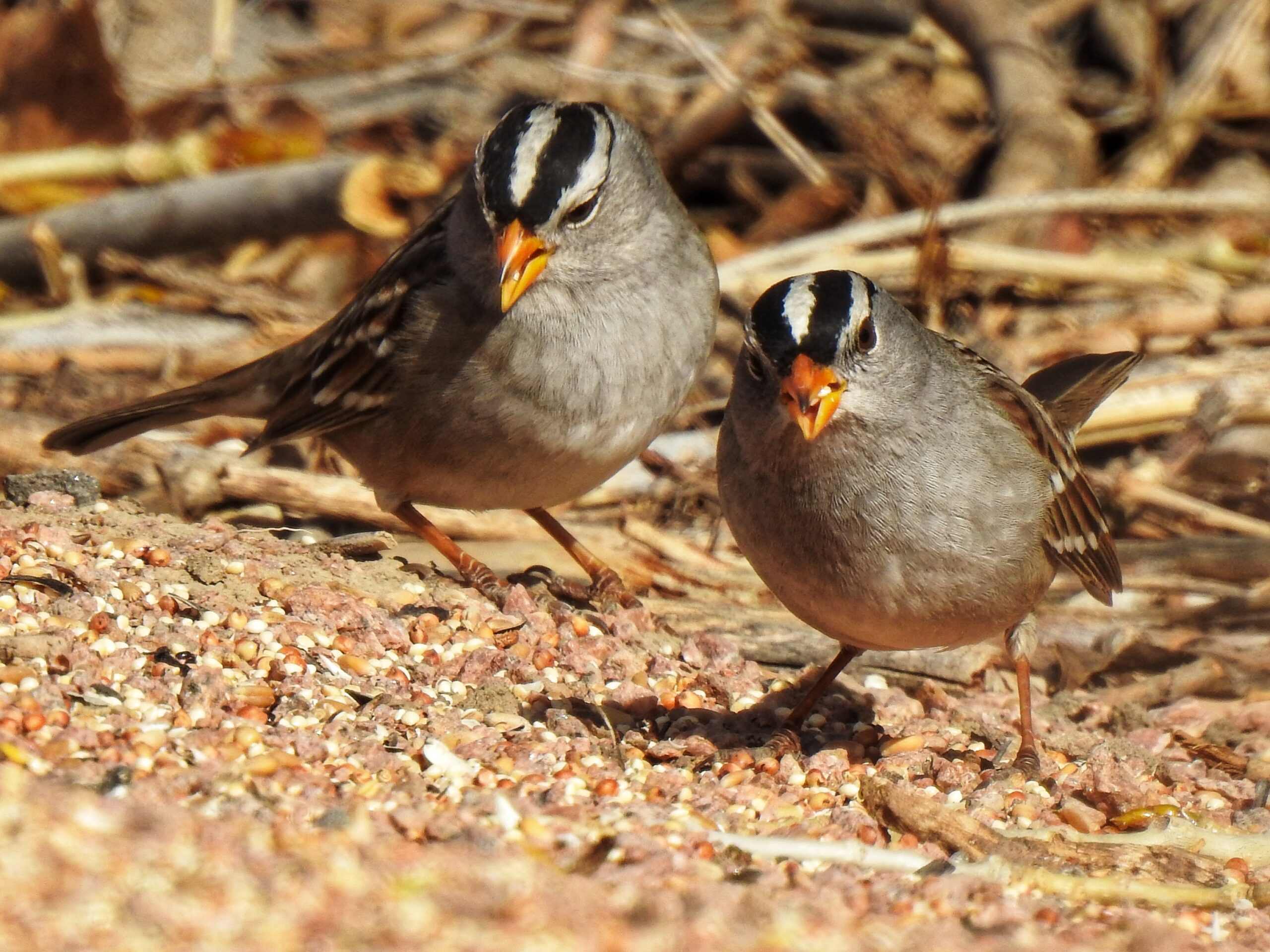 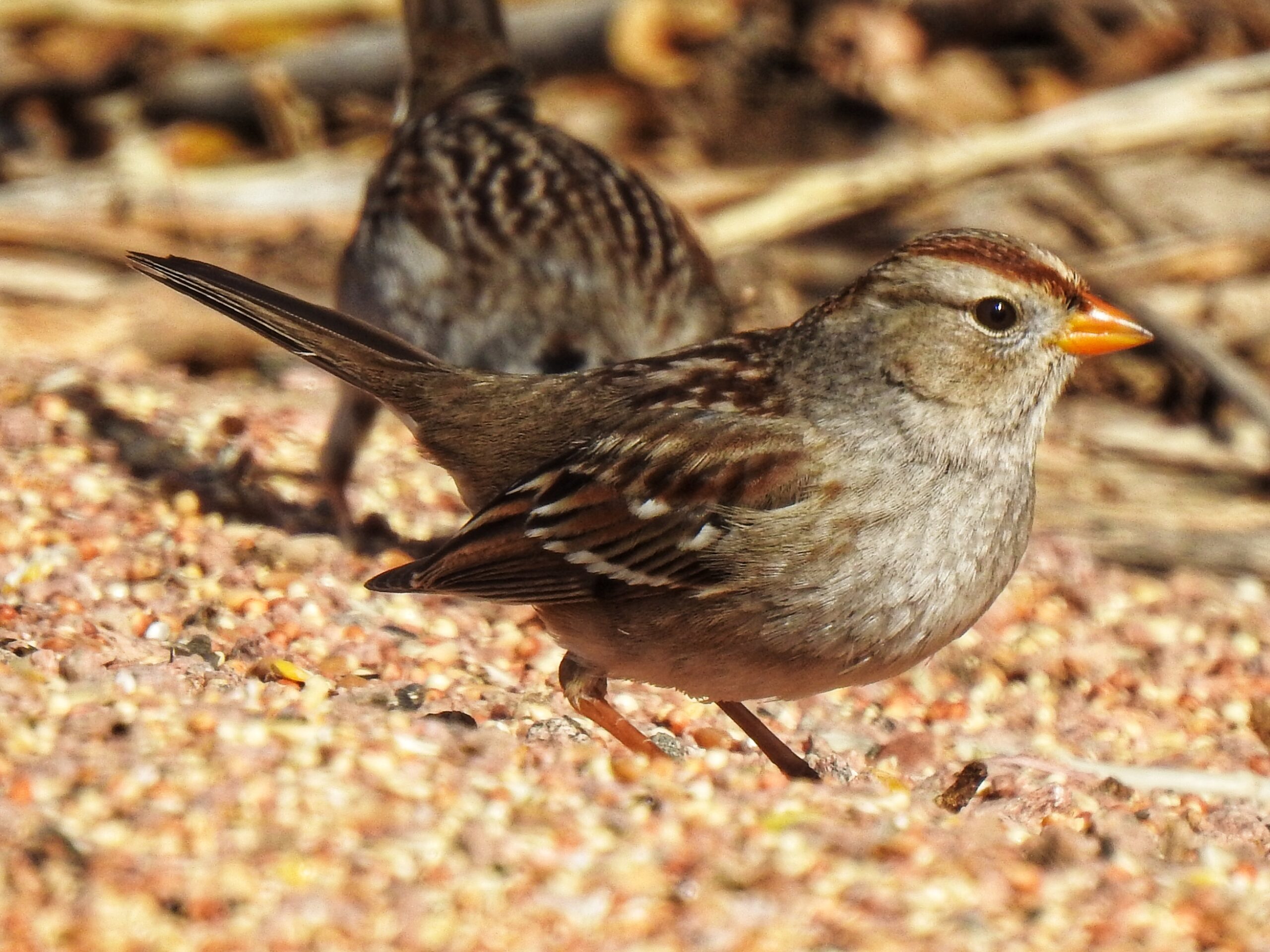 I birded near Denver on the morning of Thursday, February 10. At a feeder next to a house in Golden, I saw my first Colorado Common Redpolls. There was another birder there, a woman named Gwen. We got to chatting and I mentioned that I might be moving later this year. As I left, she told me she was sorry I was moving because she enjoyed birding with me …….. ? (I’d never seen her before.) 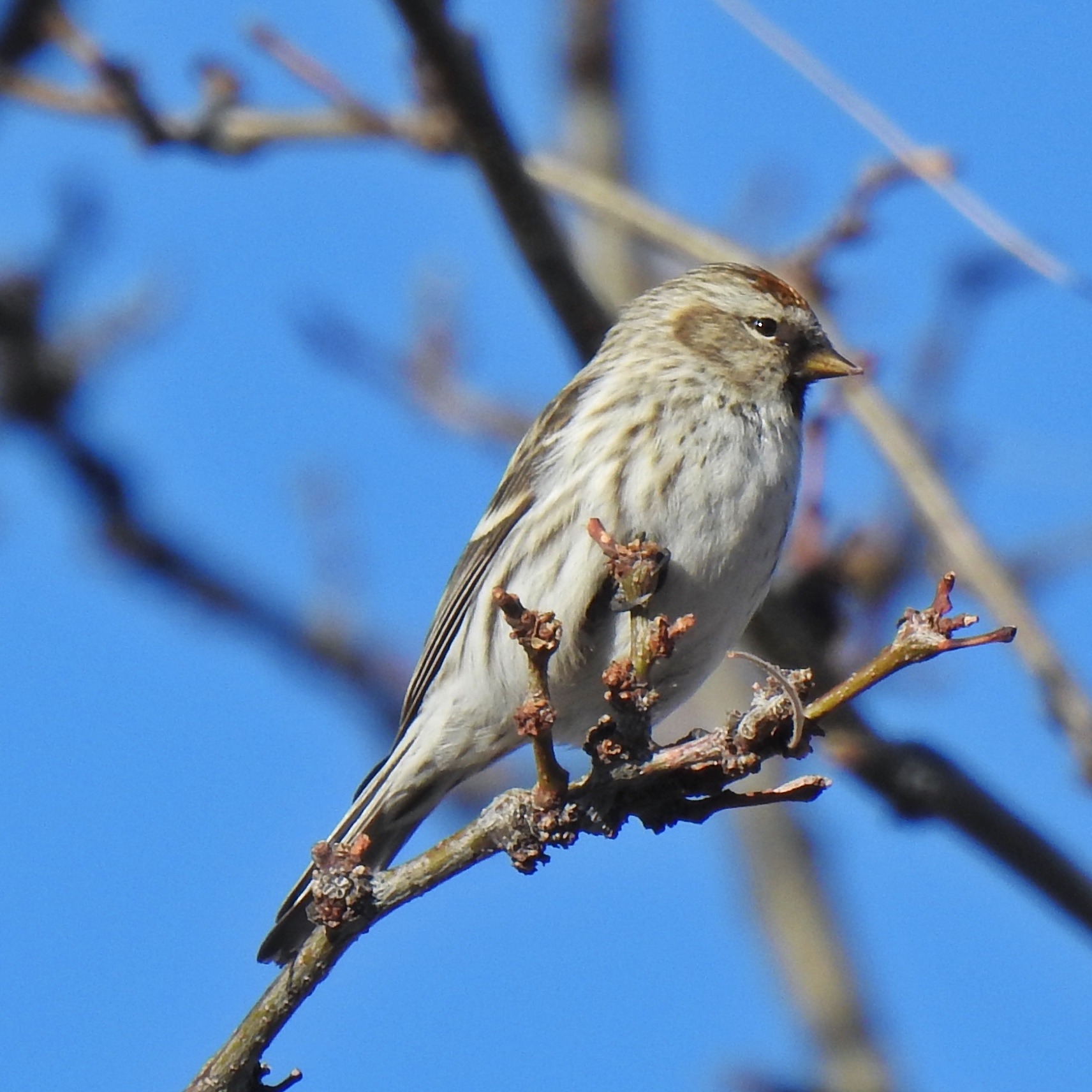 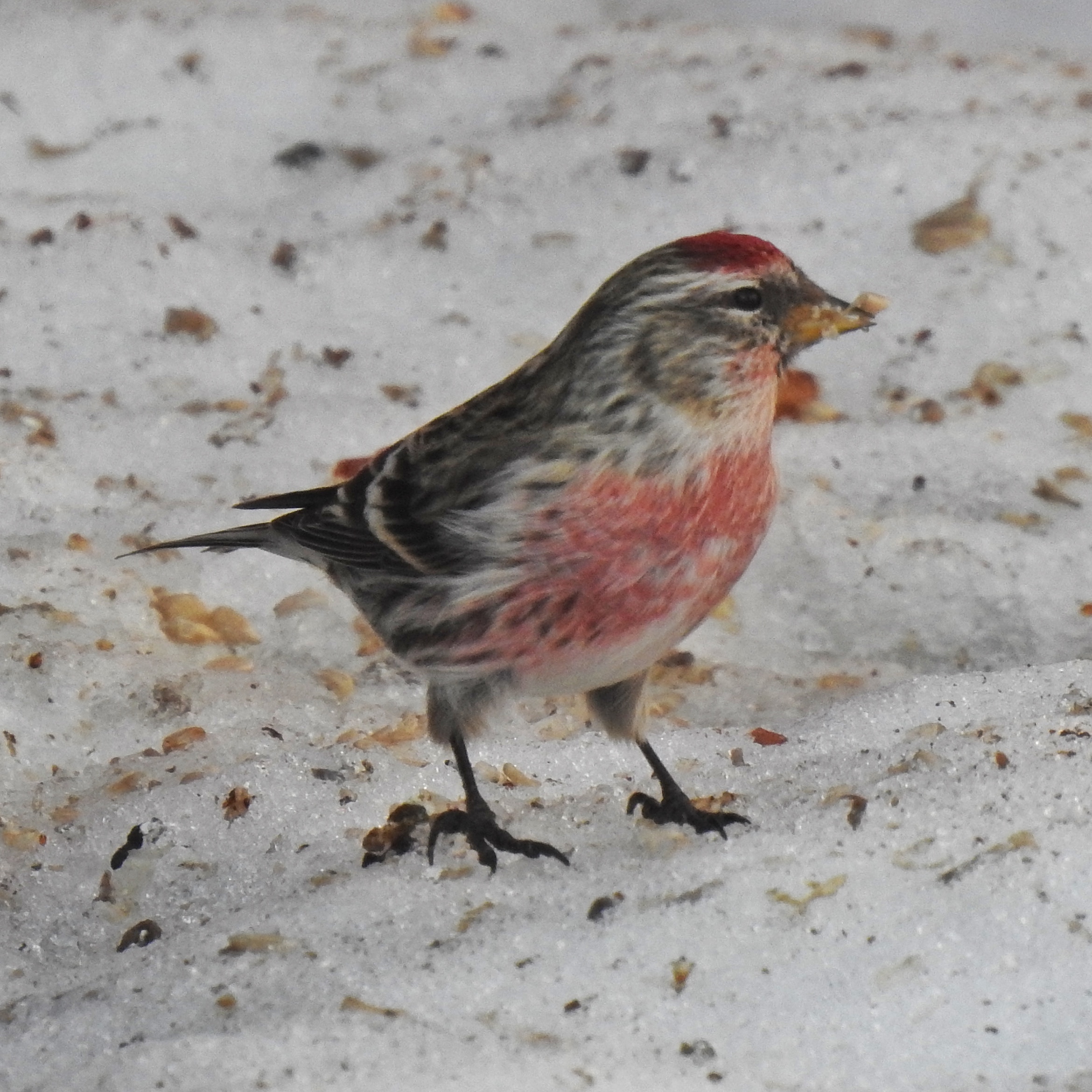 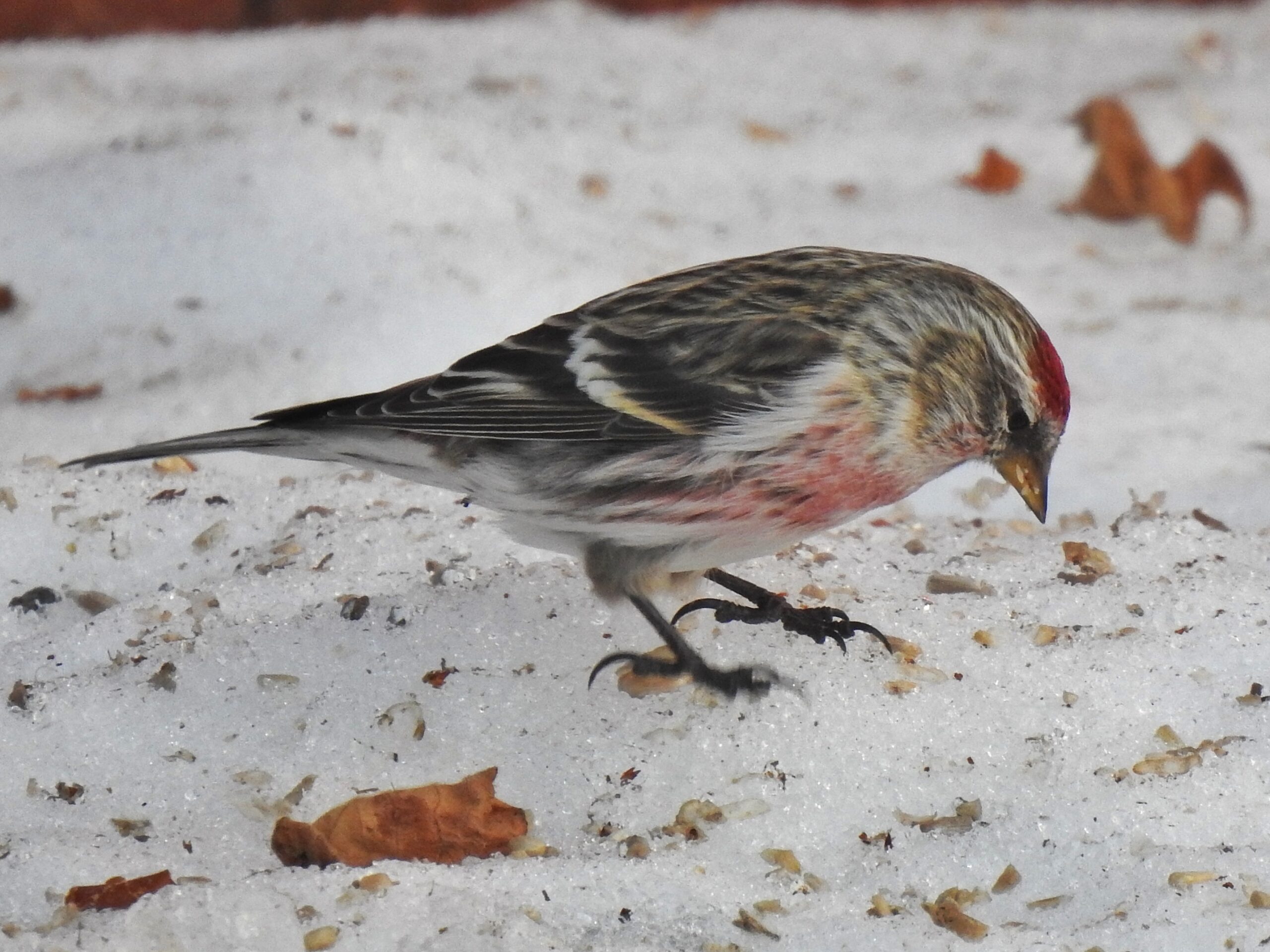 The bird in the foreground is a Pine Siskin. 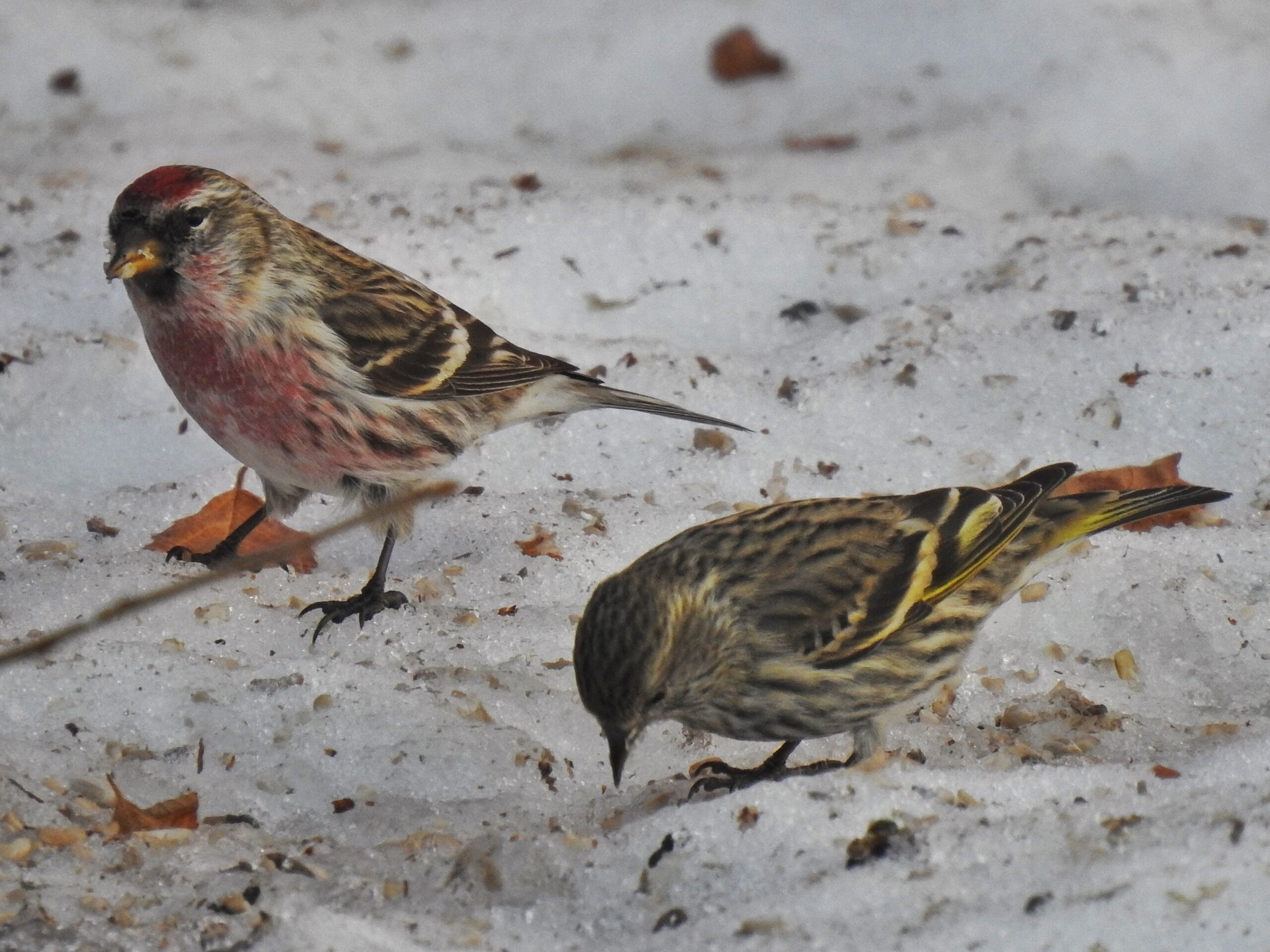 I went to Bear Creek Trail in Lakewood for a (failed) attempt to see a Pacific Wren that’s been hanging out there lately. As long as I was there, I decided to hike up the trial a ways to get my five miles in and—while I was at it—keep my eyes open for an American Dipper. This time I was successful. 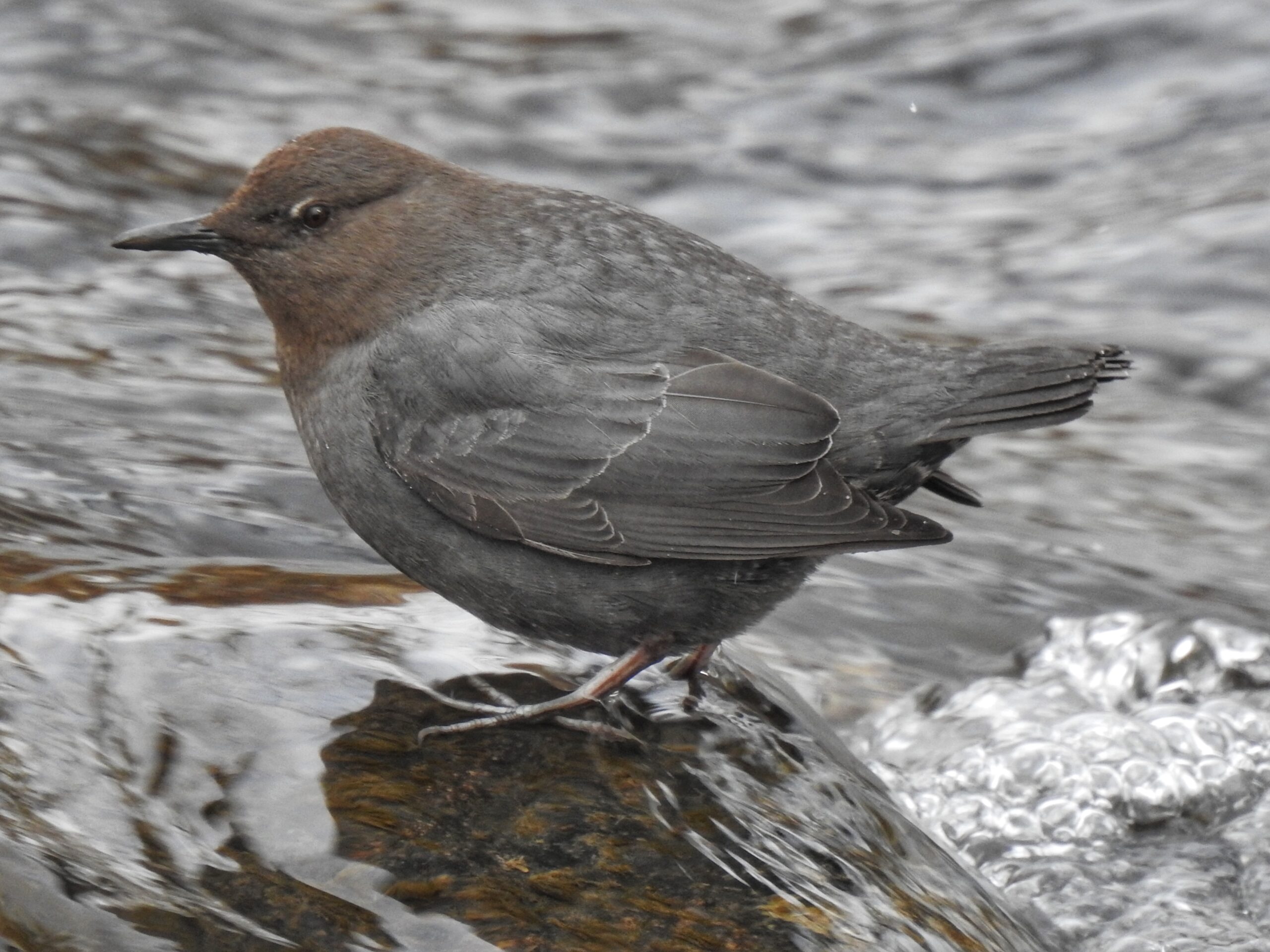 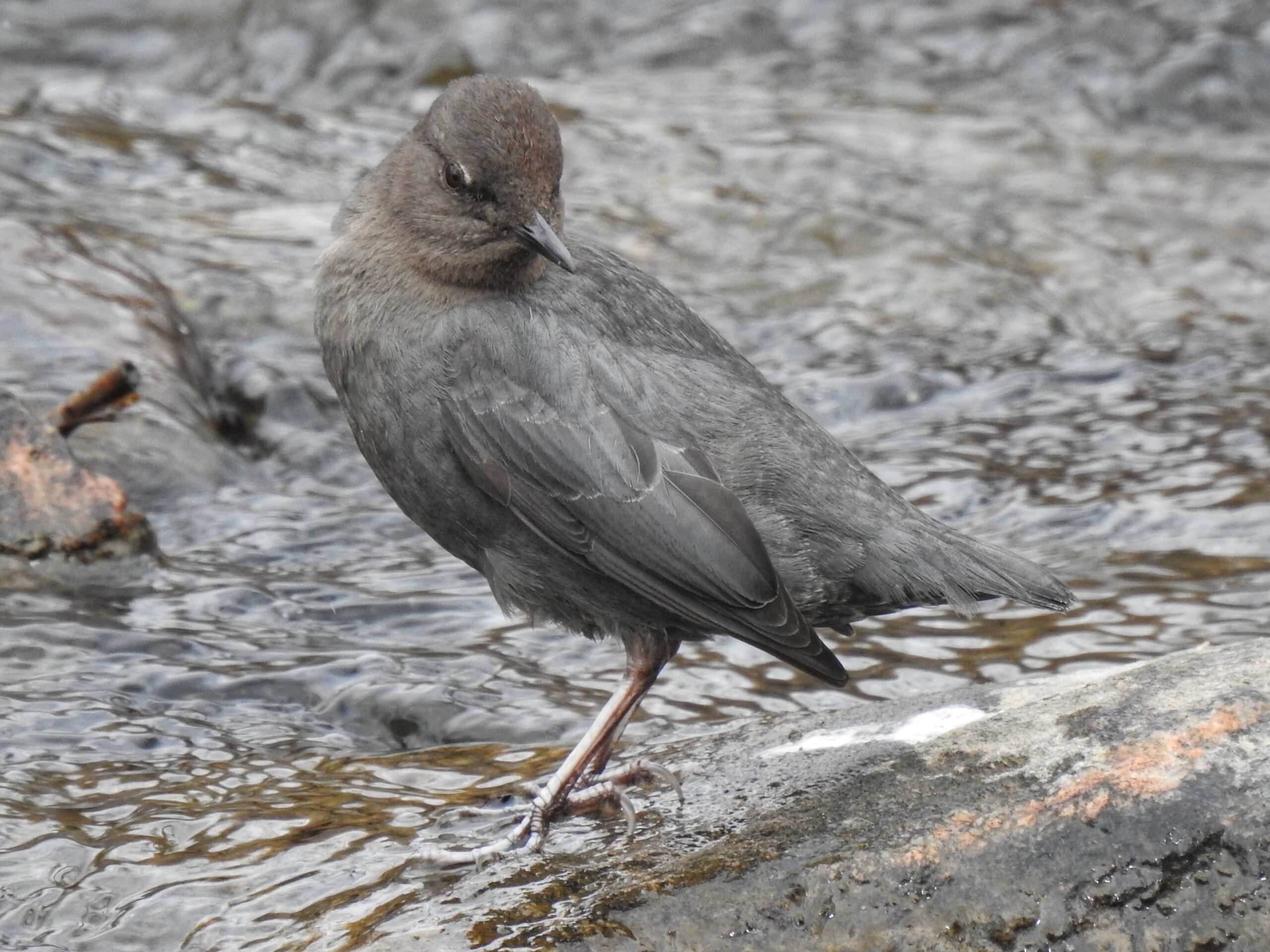 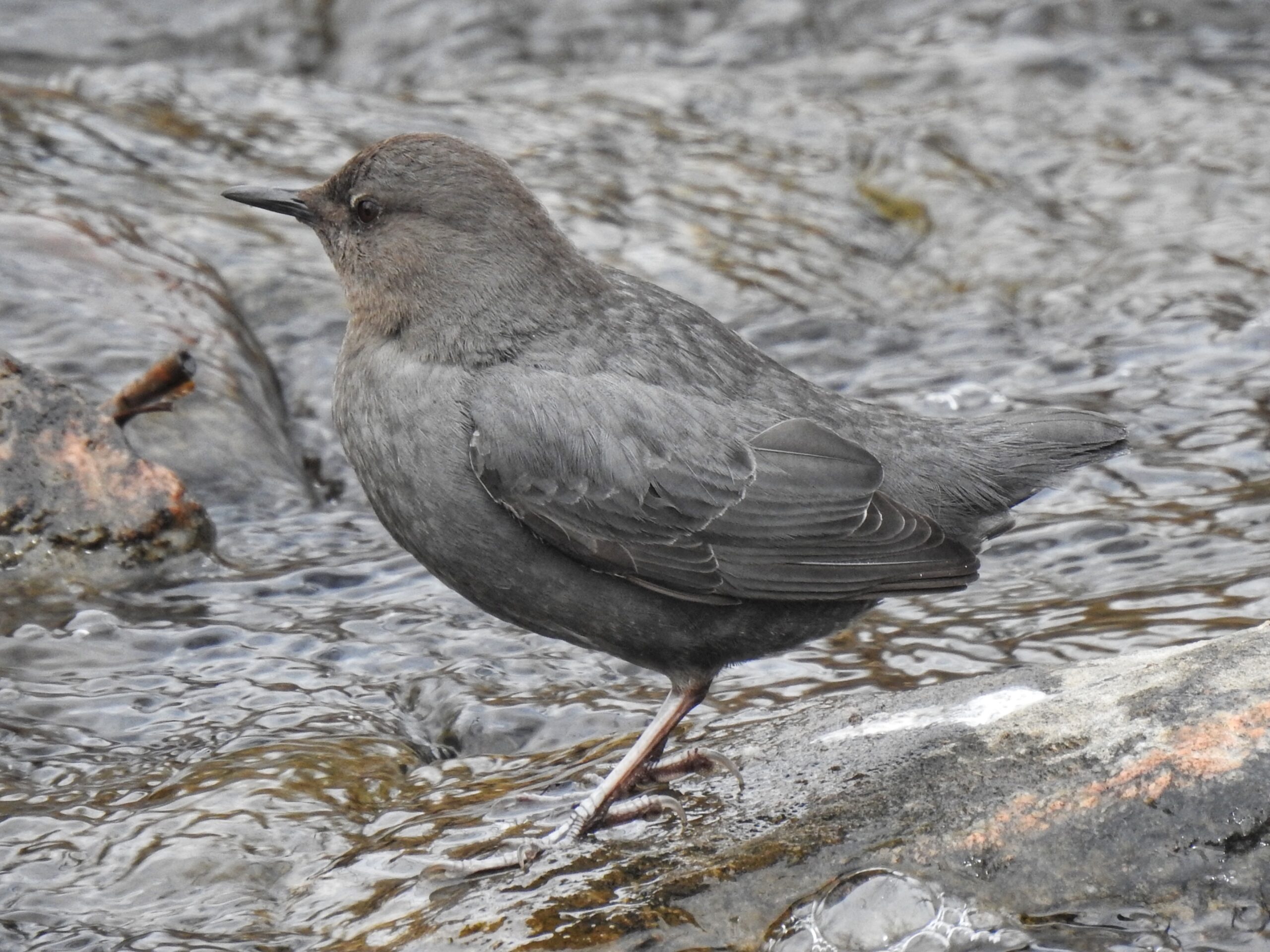 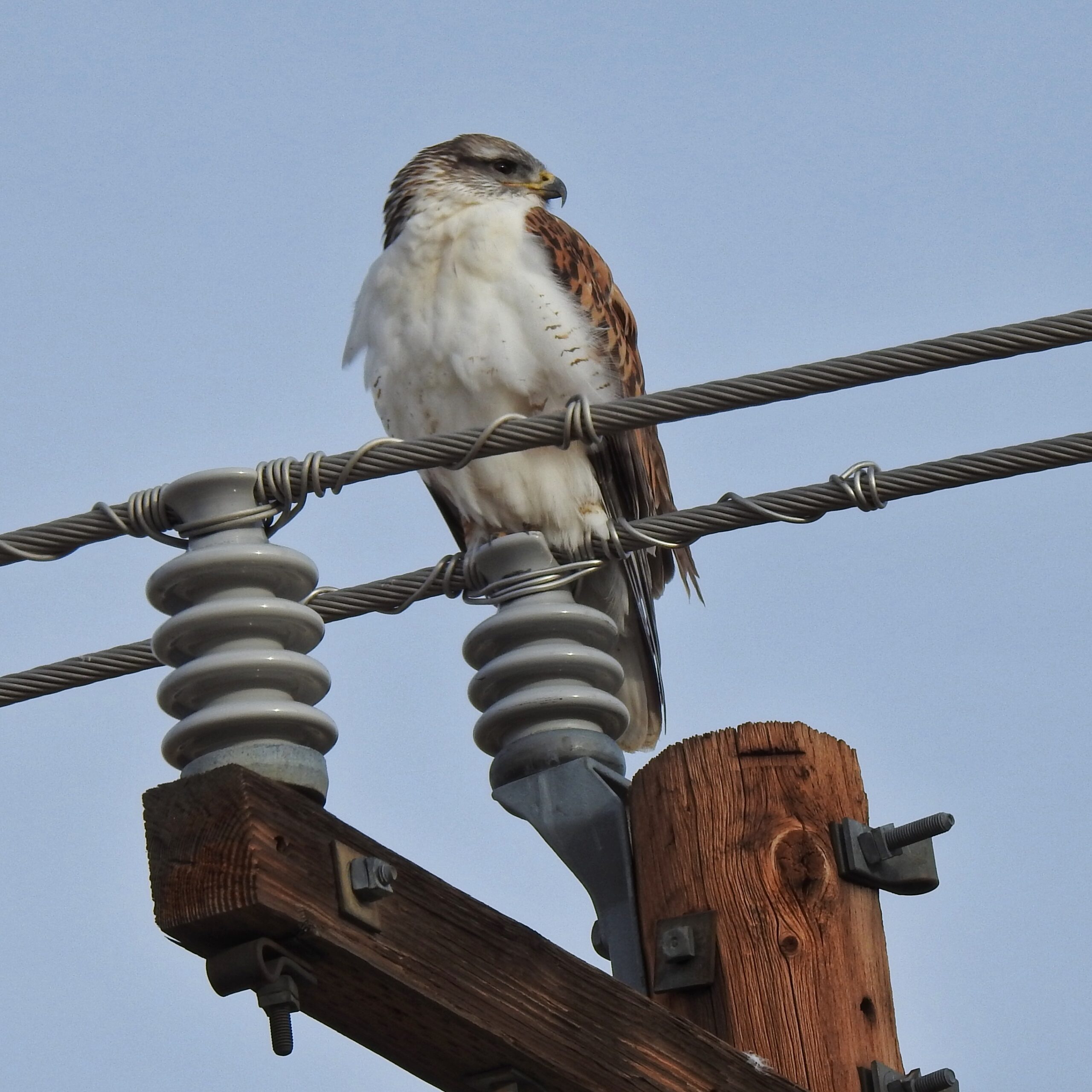 I drove out Hanover Road specifically to find and photograph a Rough-legged Hawk. I found a female, but for some reason, almost all my photos came out blurry. Here are the best of them. 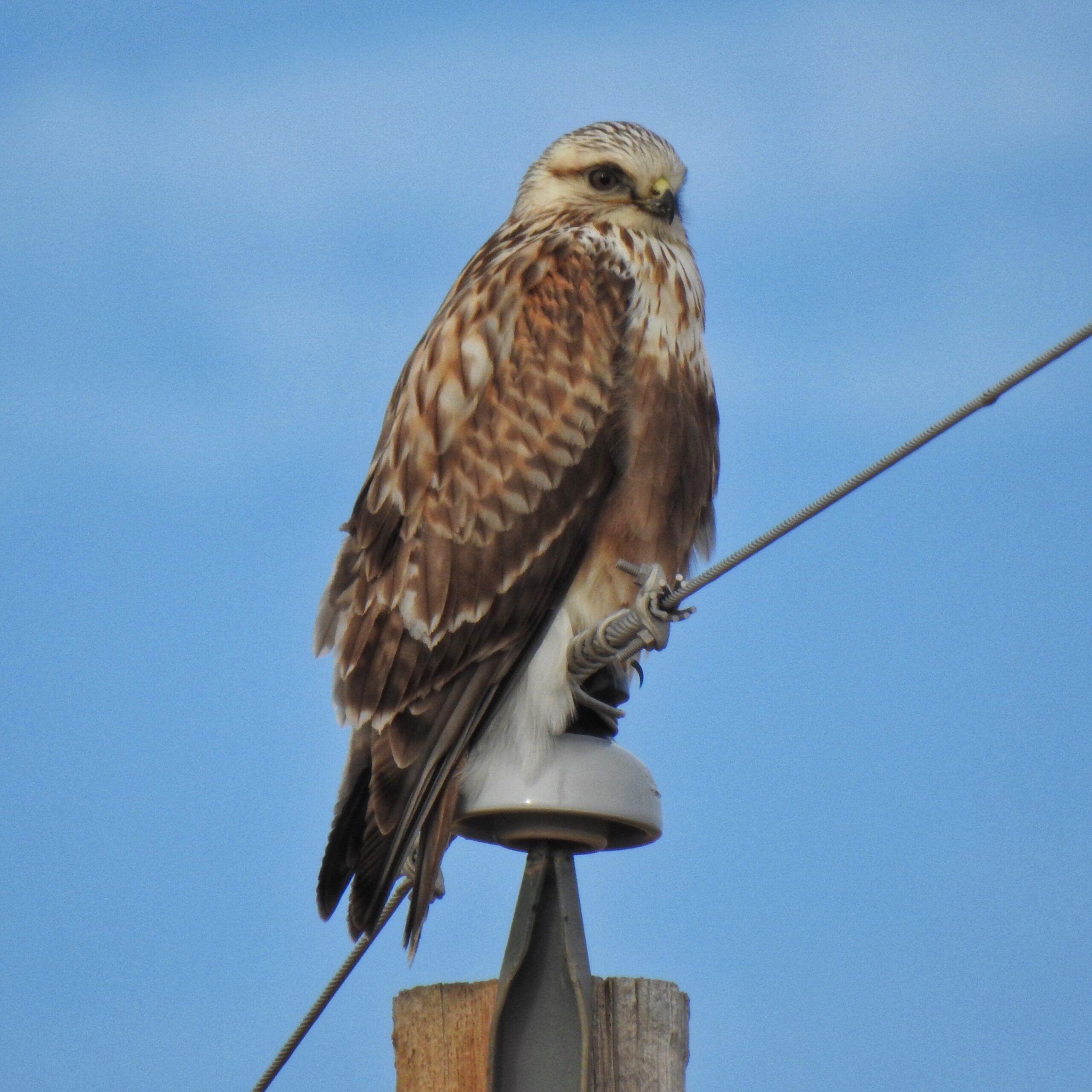 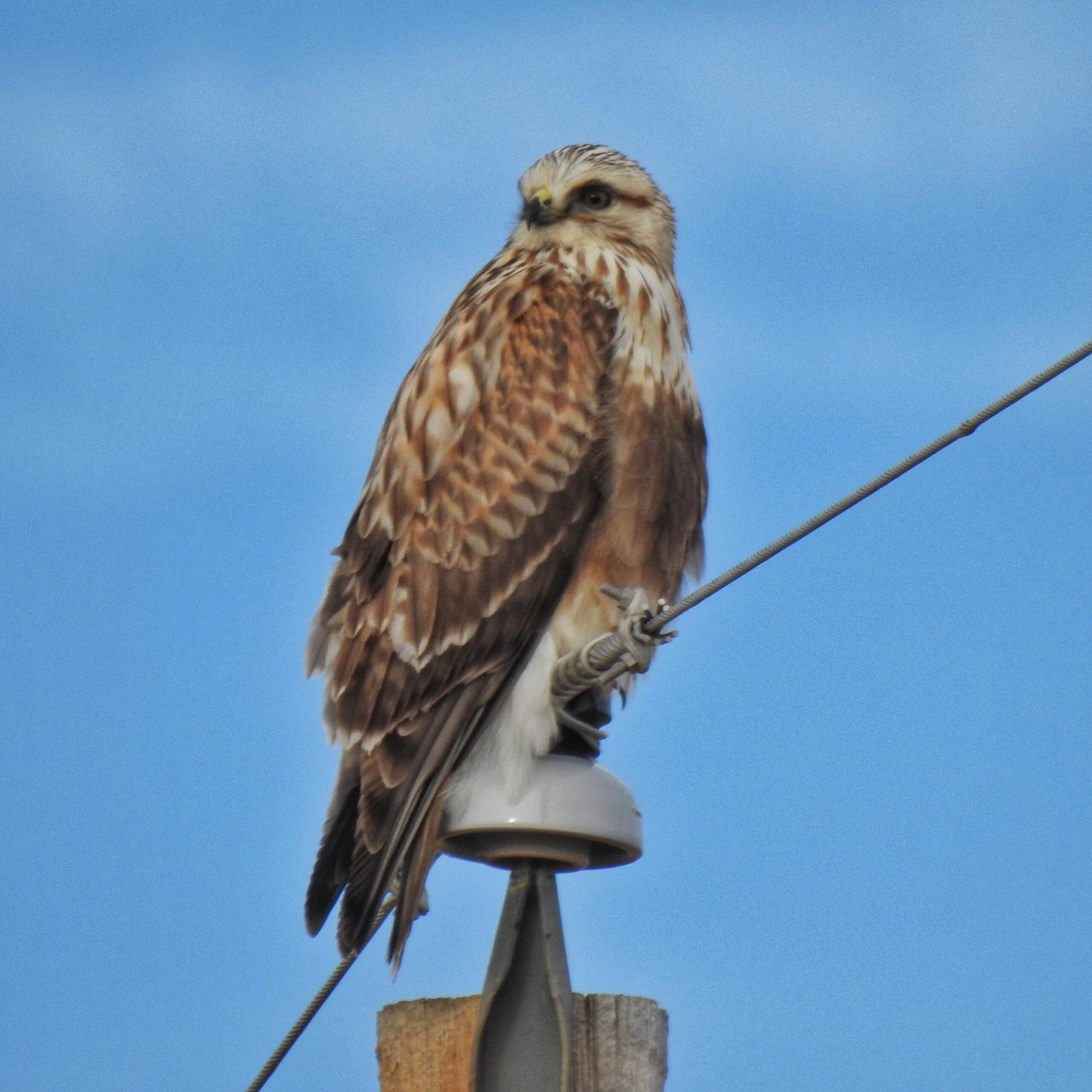 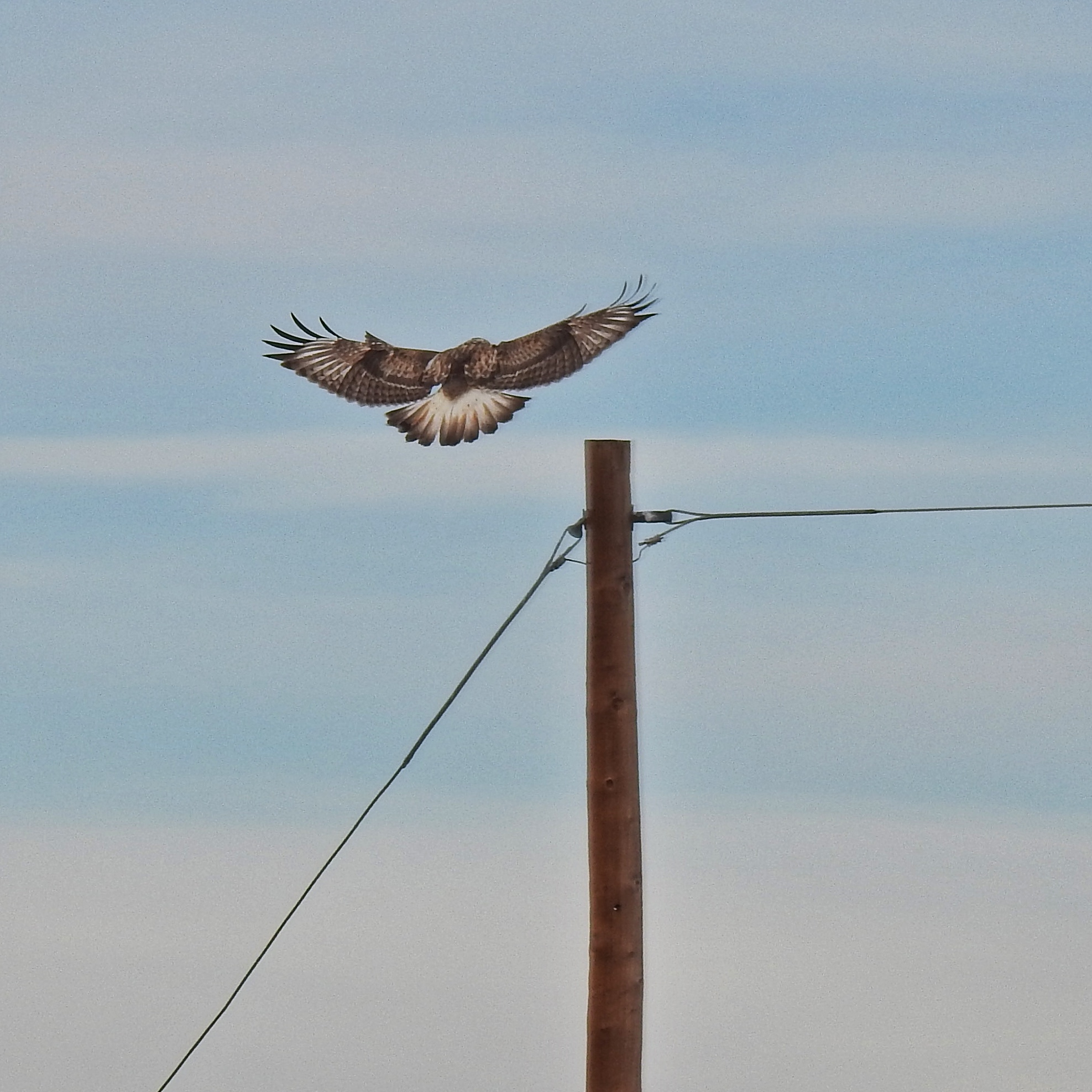 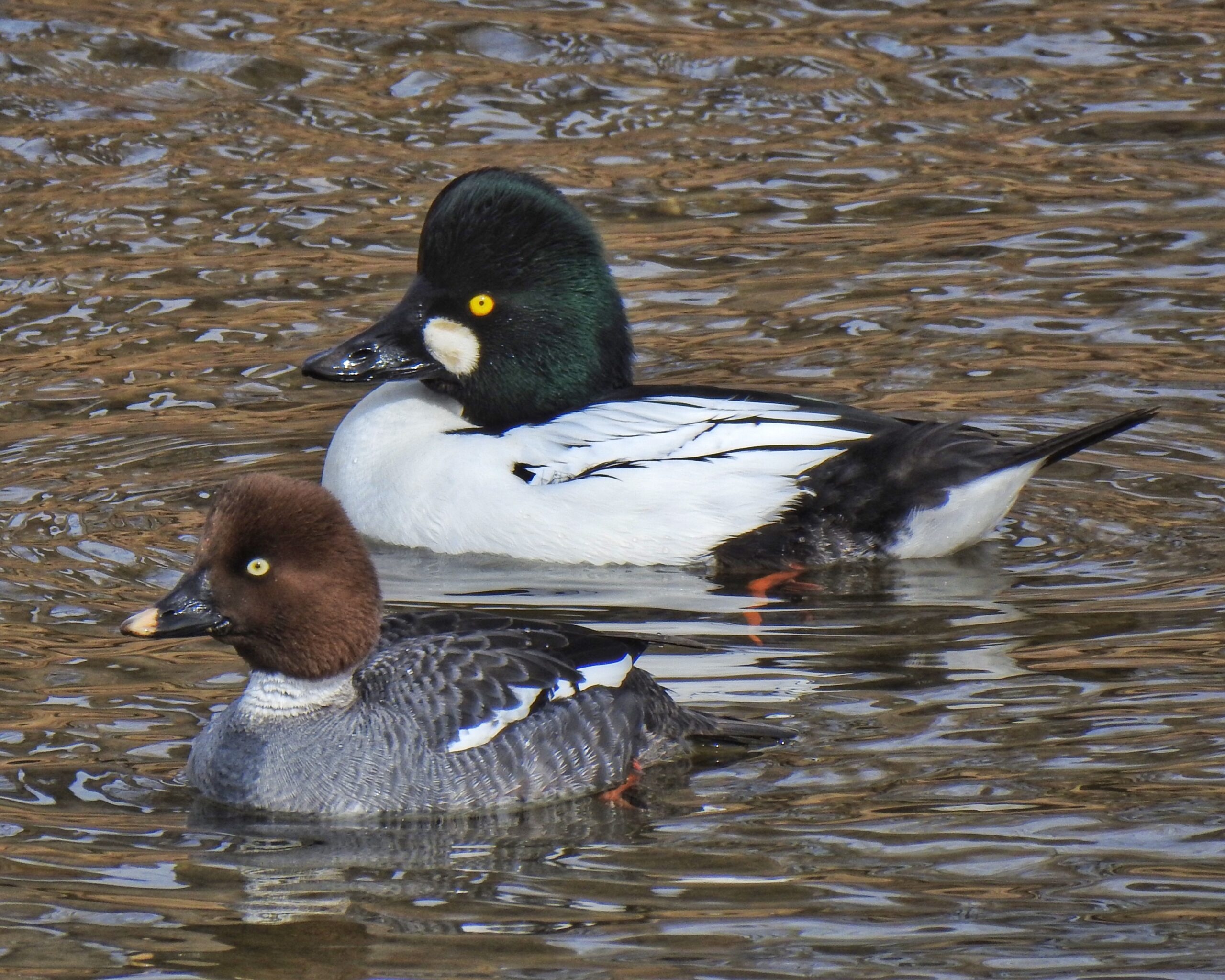 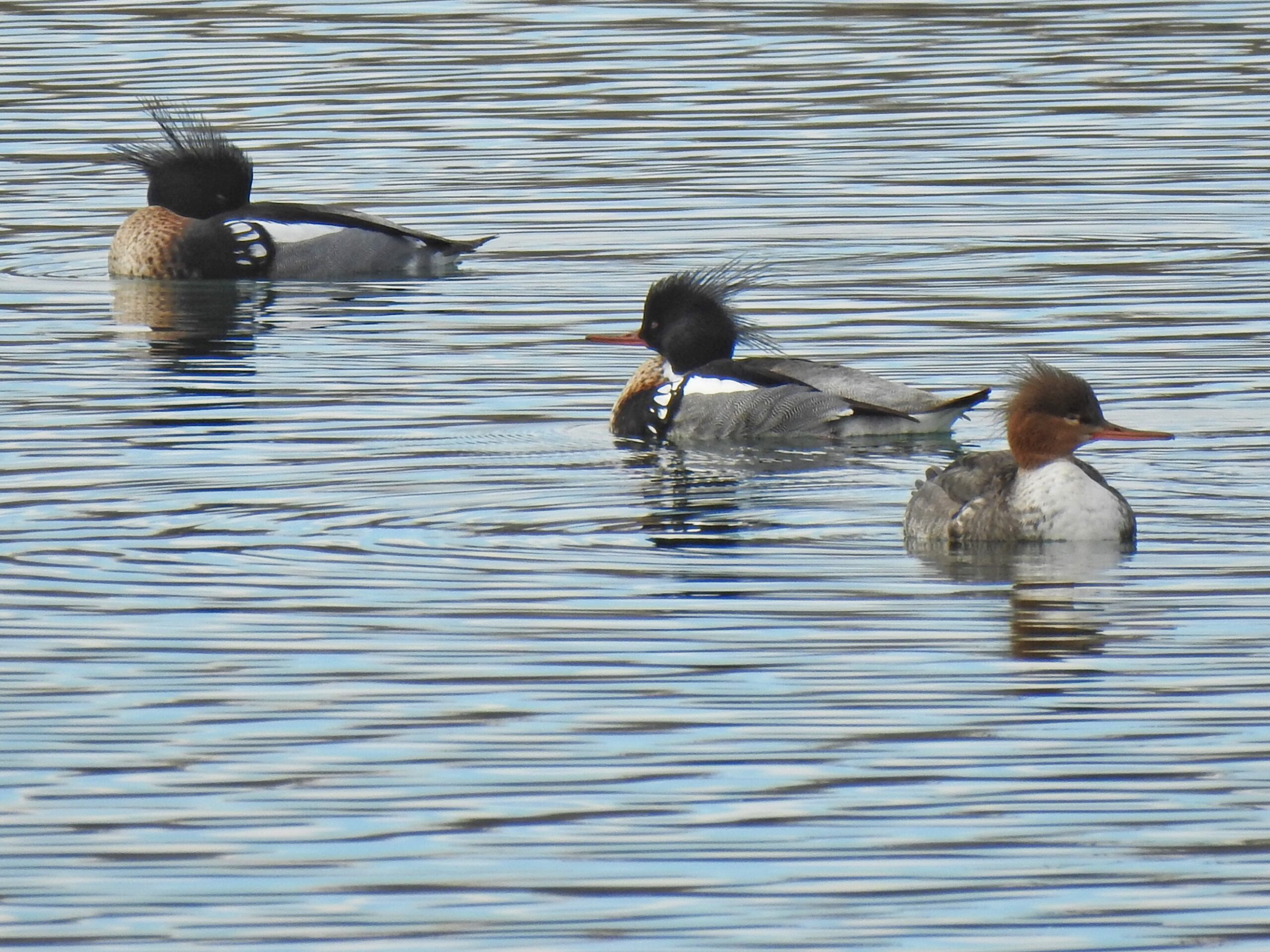 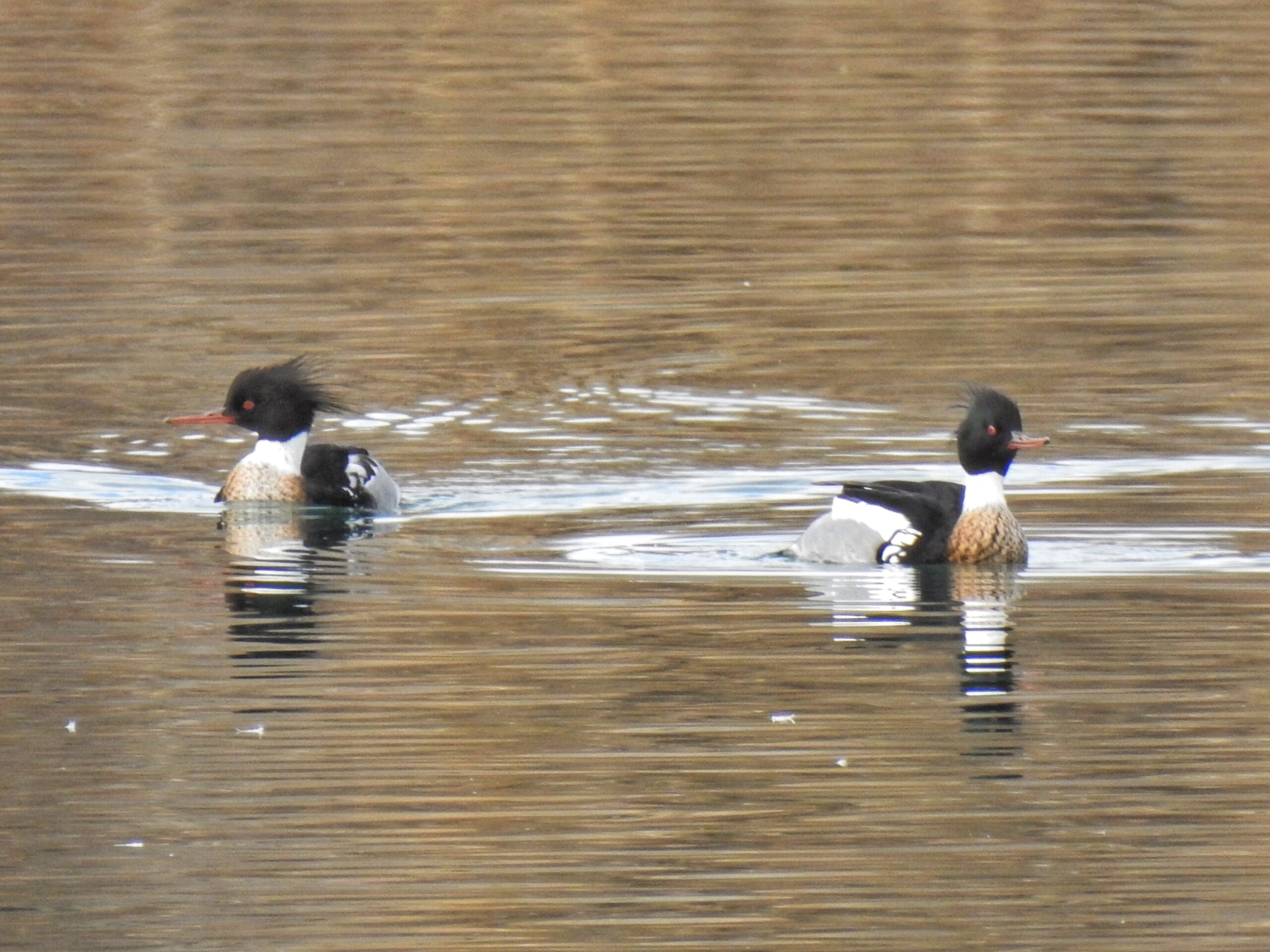 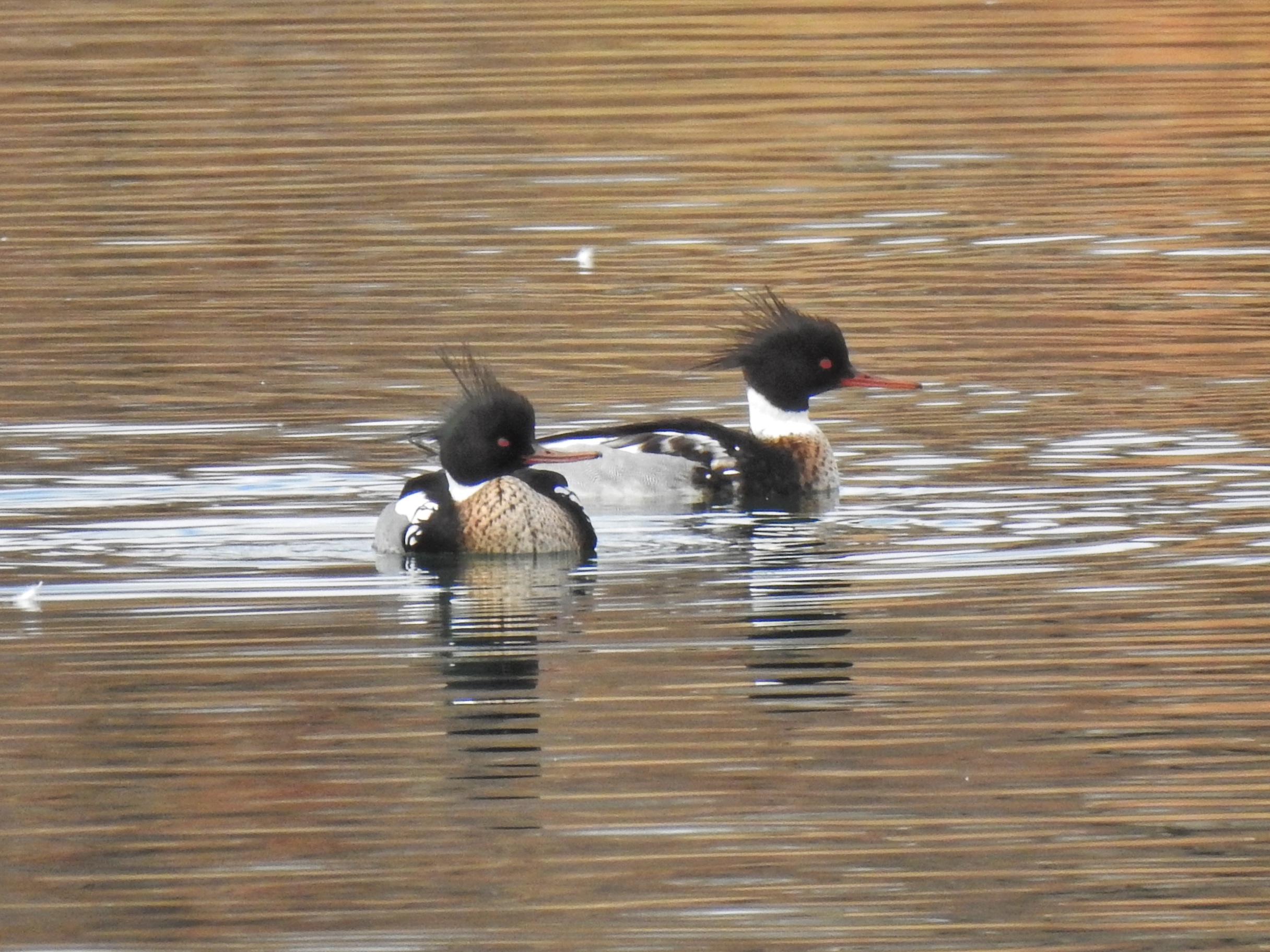 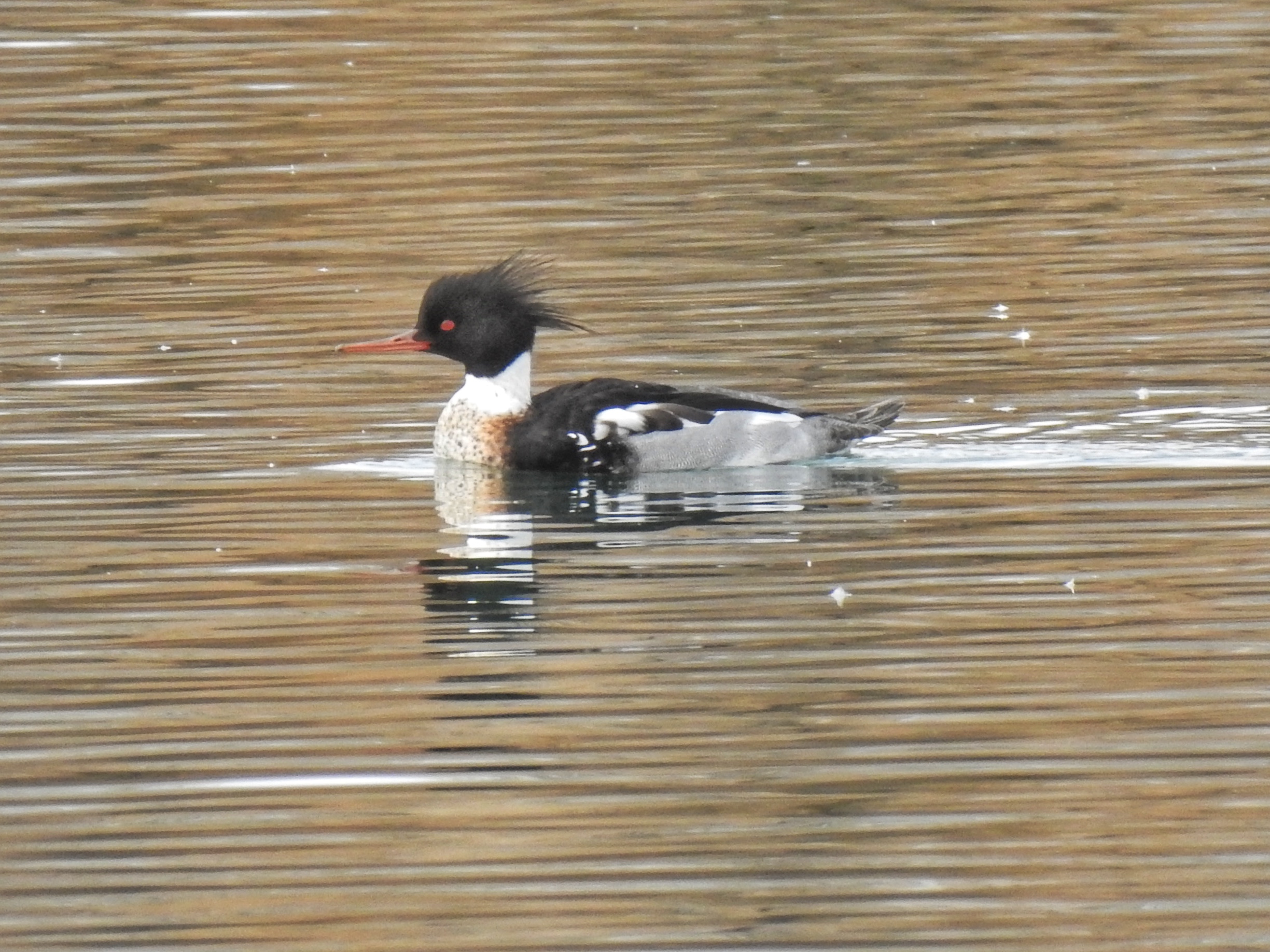 There were a ton of  Common Goldeneyes on the gravel pit across the Arkansas River from Valco Ponds. I scoped them carefully and finally found two Barrow’s Goldeneyes. The white mark on the face is crescent-shaped rather than round, there’s more black on the back (with white “windows” on the shoulder) and they have a black spur that comes down along the breast and almost reaches the water. 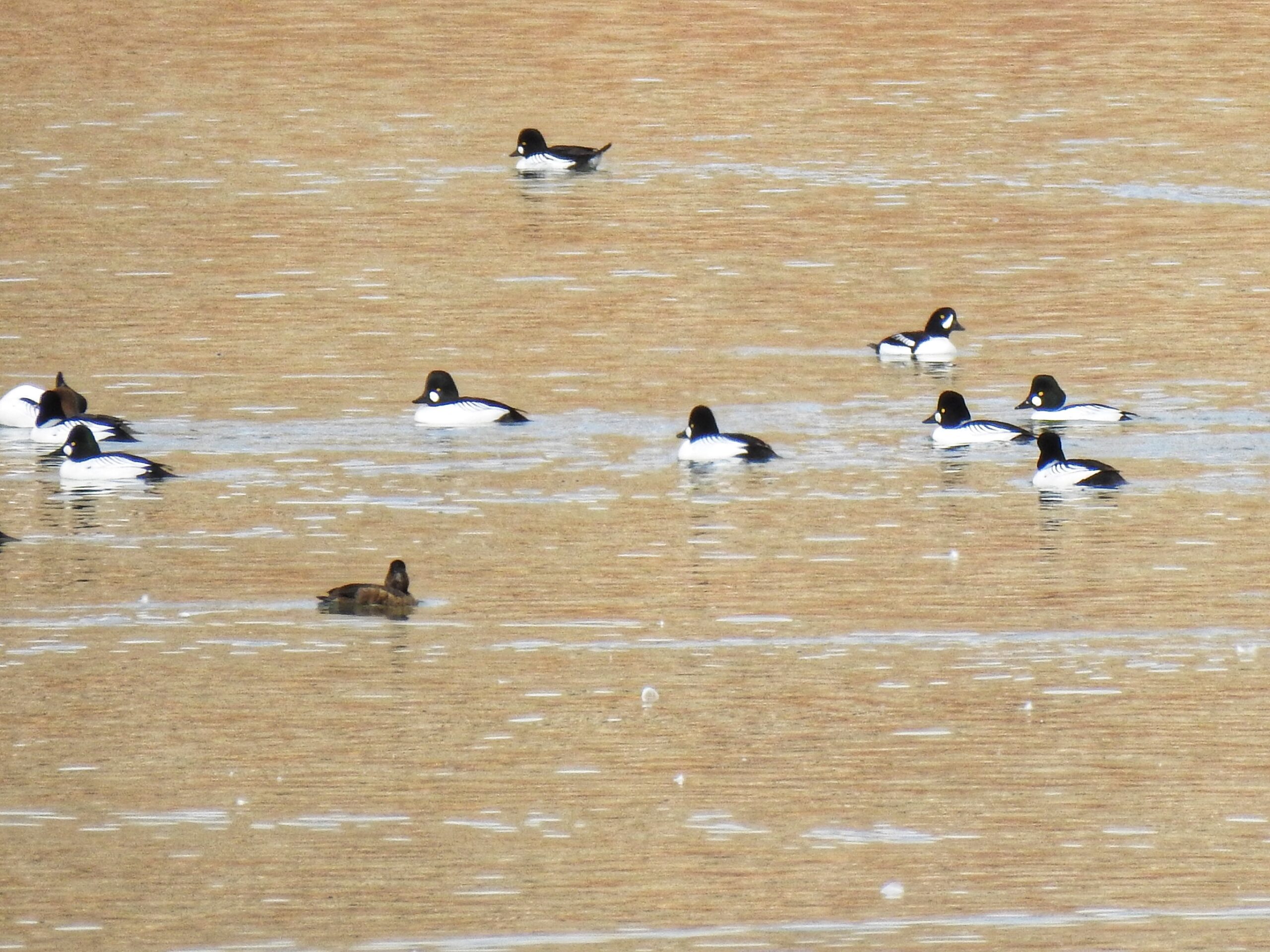 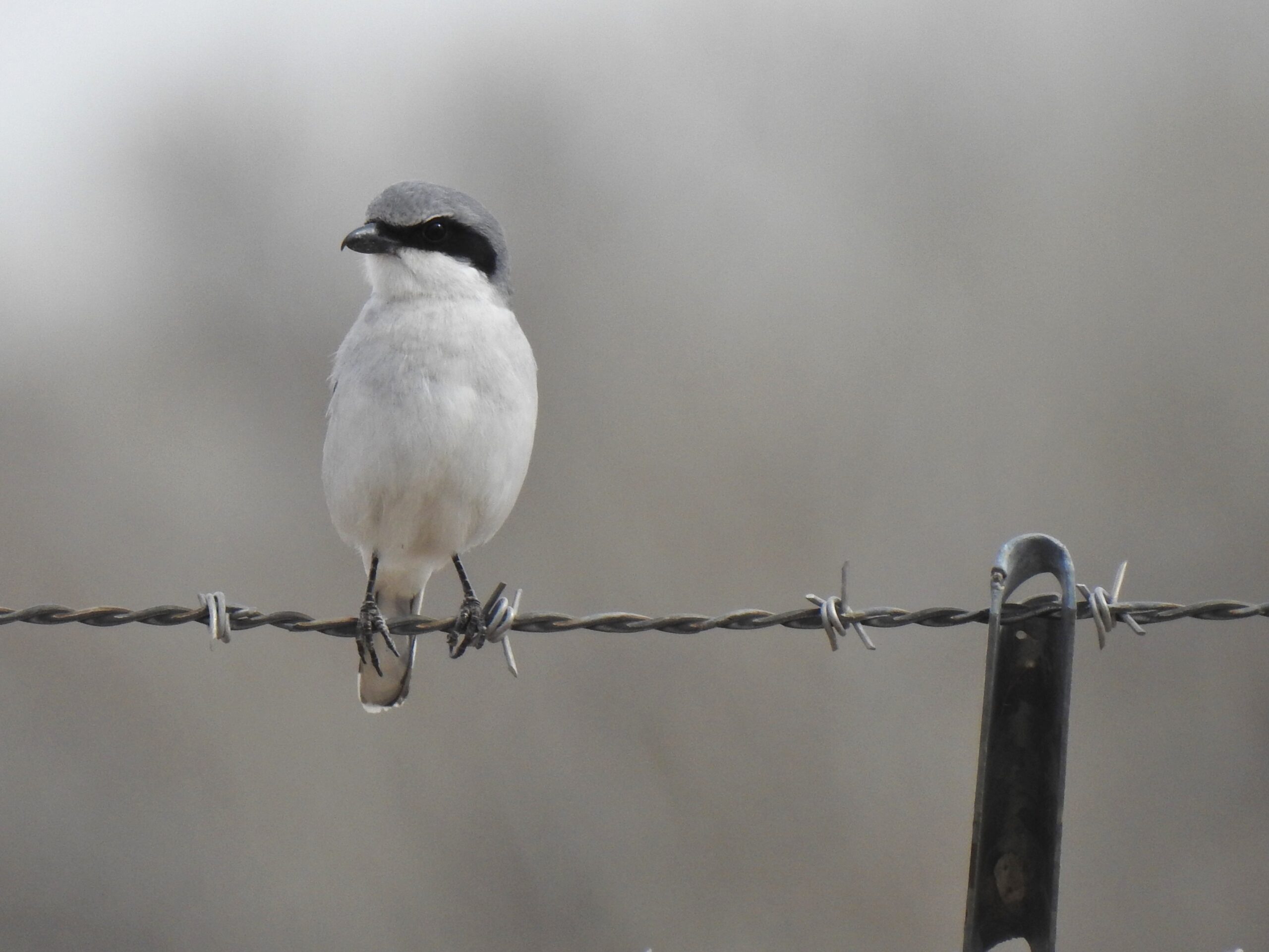 It was cold and snowy the whole week of the 21st. By Friday, I was itchy to get outside. I tried for three very local birds—all within 10 miles of home. I missed the Northern Shrike at Sinton Pond. I’ve seen many, but not this year yet.

My next try was at Rampart Park for a Winter Wren that showed up recently. I didn’t have much hope and didn’t find it. But another birder, Tanja, whom I’ve met and conversed with before, did find it as I was walking toward my car. I just barely heard her scream for me. I ran back and saw the wren. It was down along the banks of a frozen creek in a gully. There were many places where grass and roots hung over the banks and the bird was often up under out of sight. We followed it along the creek for maybe 25 yards. It finally came out and posed for maybe 15 seconds.

The only problem is that the experts, after listening to recordings, decided it isn’t a Winter Wren, it’s a Pacific Wren like the one I saw near Denver last week. 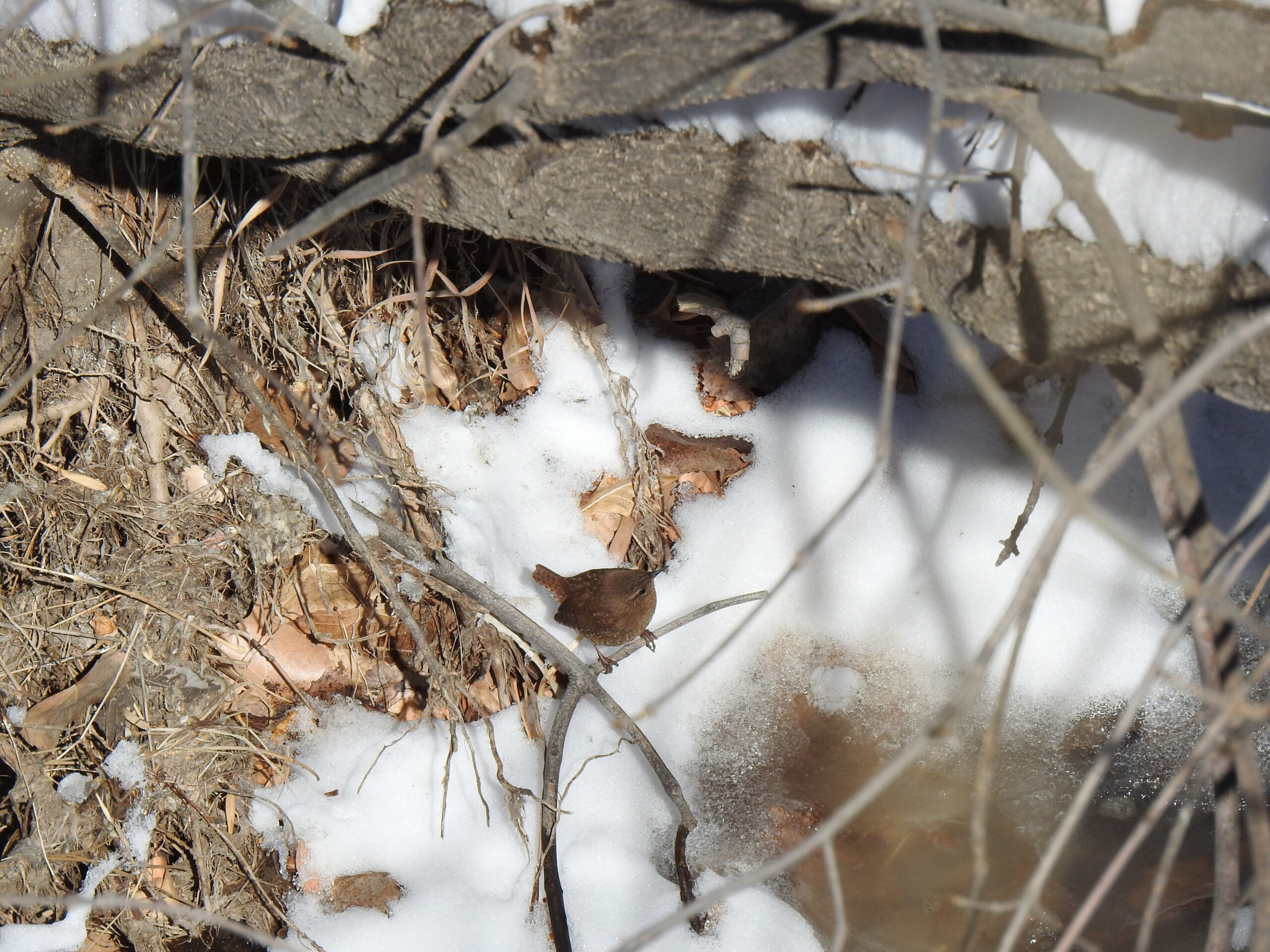 Here’s a close-up of that photo and some others I got. 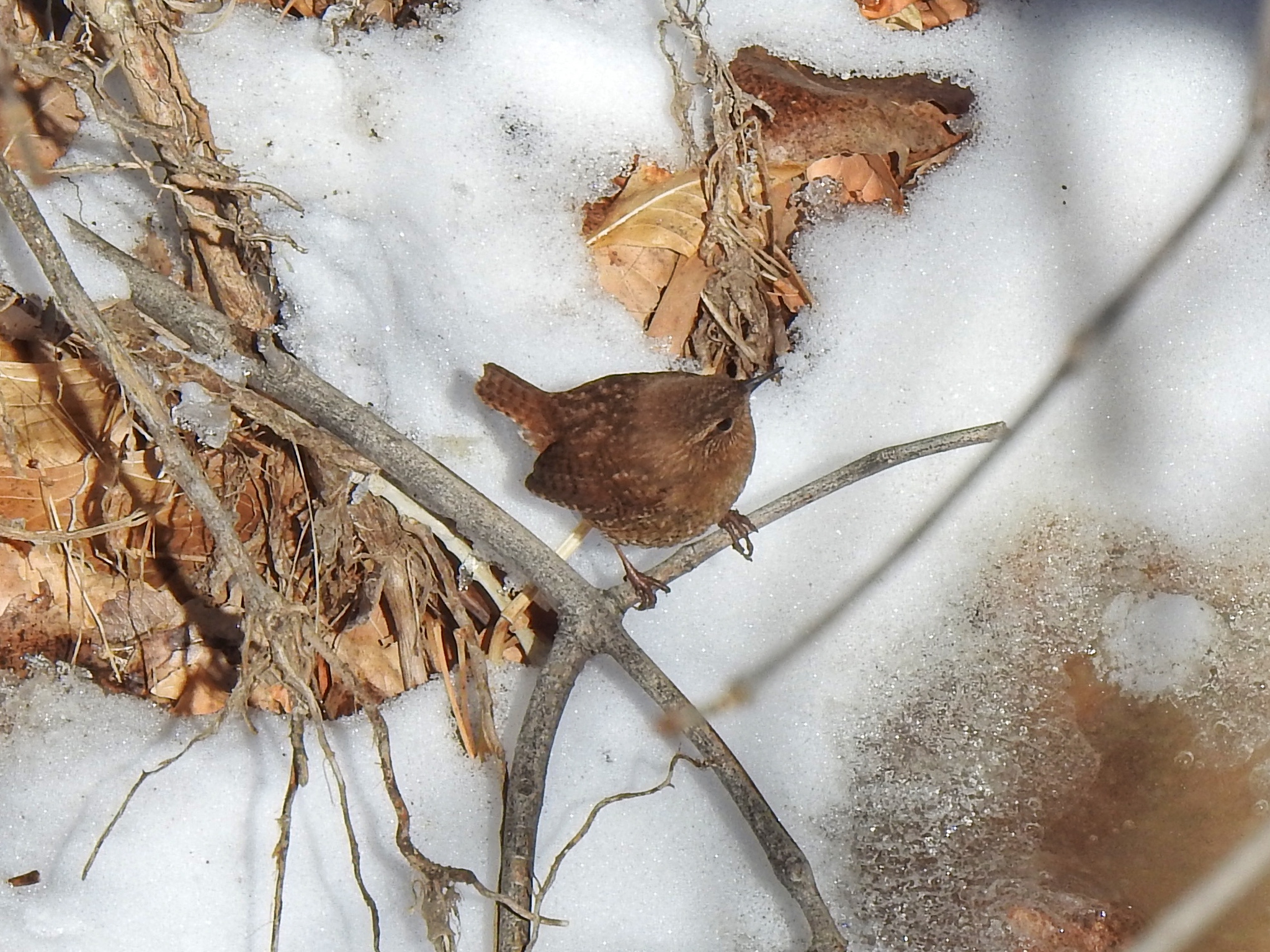 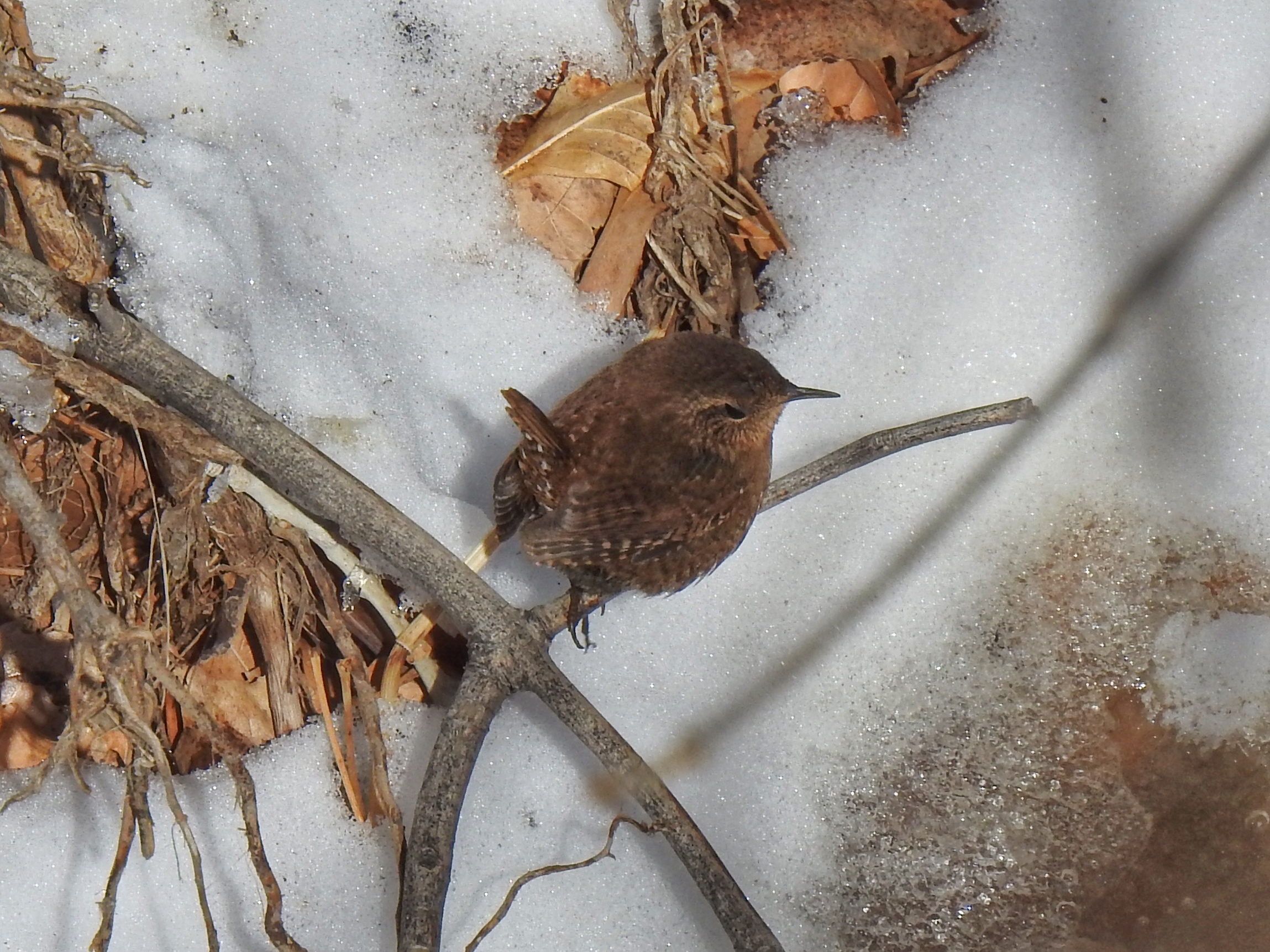 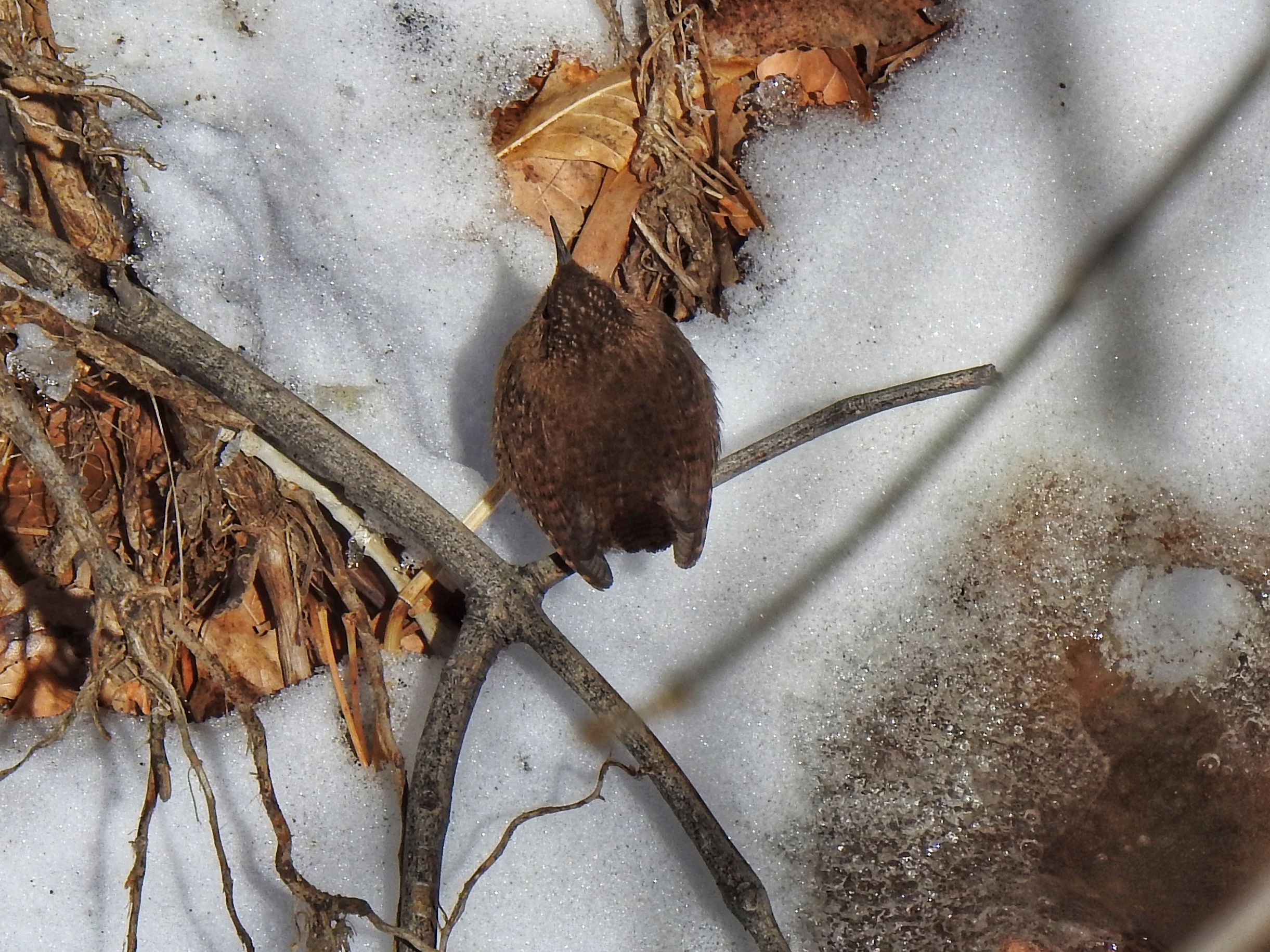 Here’s what we usually saw—if anything. It’s in there. 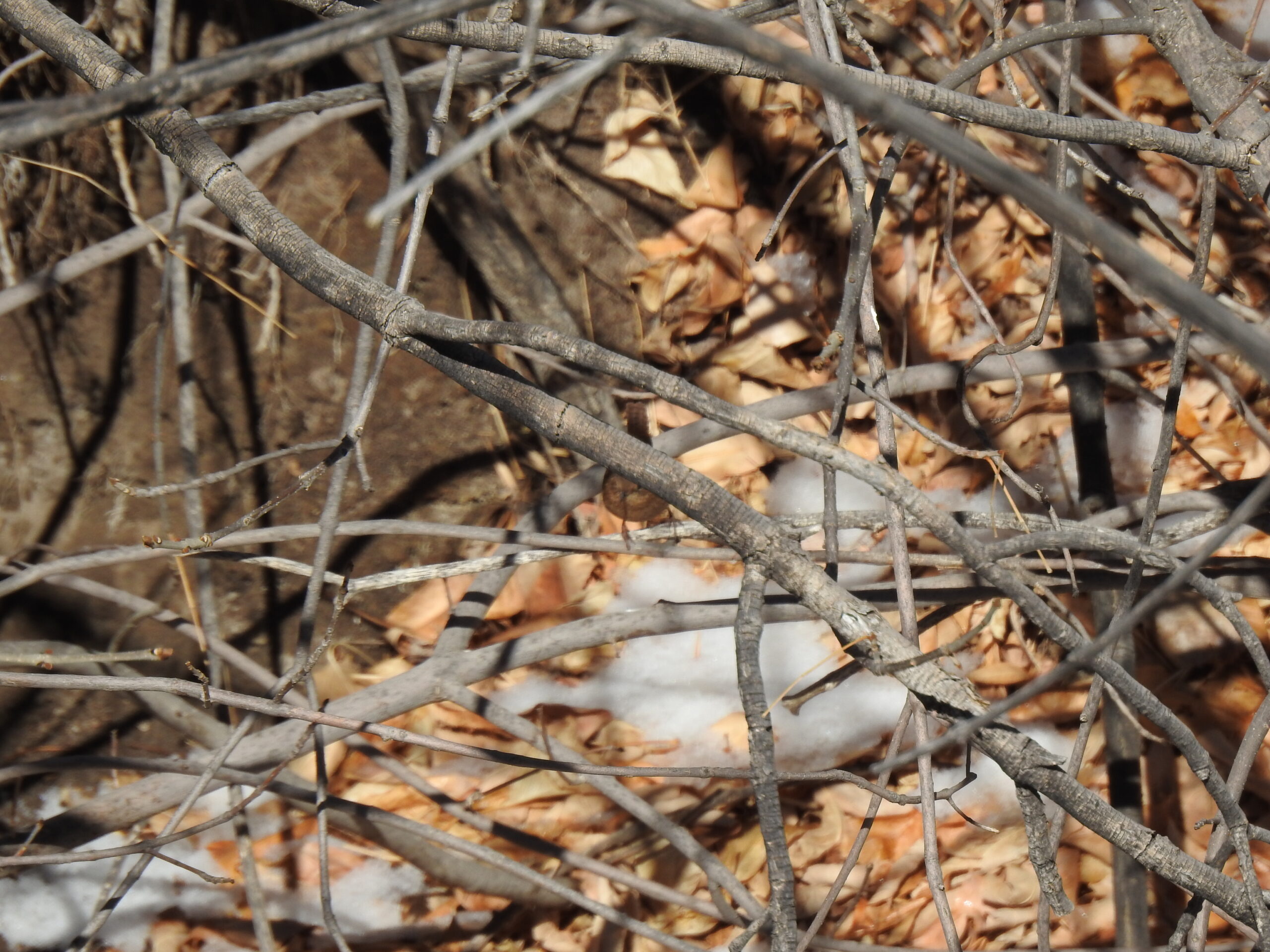