Over Christmas break, we drove down The Trace through The Land Between the Lakes. It was cool and foggy but still a pretty drive, even in gray. We got to Fort Donelson around 3:00 and had the place almost to ourselves in the steady drizzle.

I didn’t take many photos because I’d just bought a video camera and spent most of my time taking video that I’ve never watched.

The fort itself was a bit of a surprise to me. It consisted of a low, dirt mound surrounding 15 acres. The interior had some scattered trees and was not at all flat. There was a ravine cutting right through the fort, and it seemed to us that a soldier could have found a lot of places outside the walls from which he could shoot over the walls at the soldiers inside.

My wife stayed in the car and read while my daughter and I got out at the various stops and looked around. Two cabins have been rebuilt to show what life was like for the Confederate soldiers stationed here.

Here’s my photo and a postcard shot of the river battery overlooking the Cumberland River. The cannon in the postcard can be seen lying on the ground in my photo. 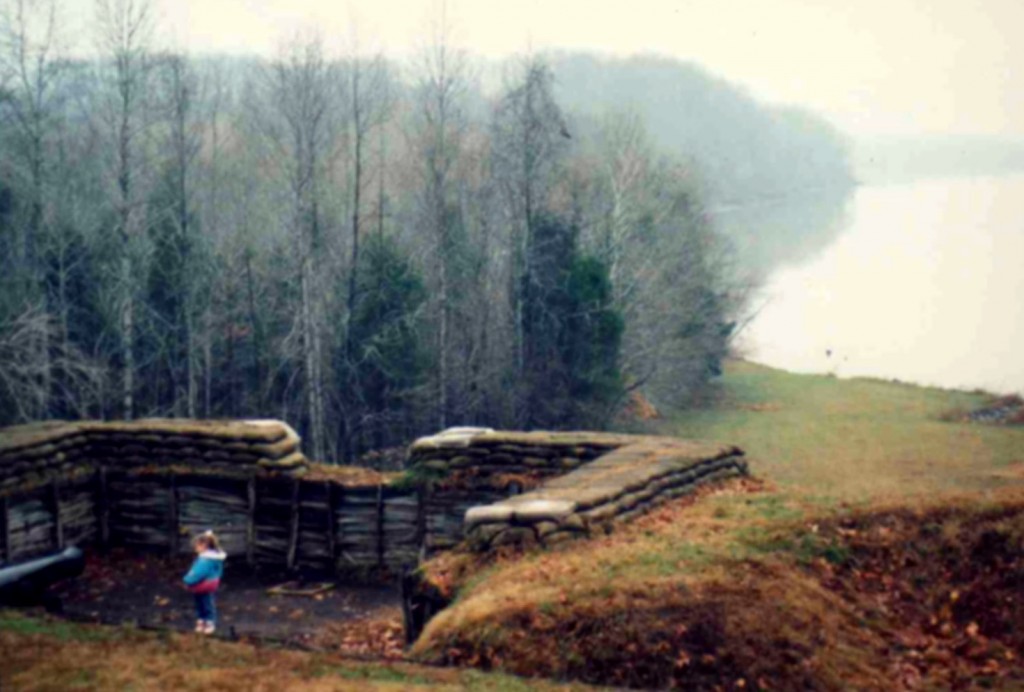 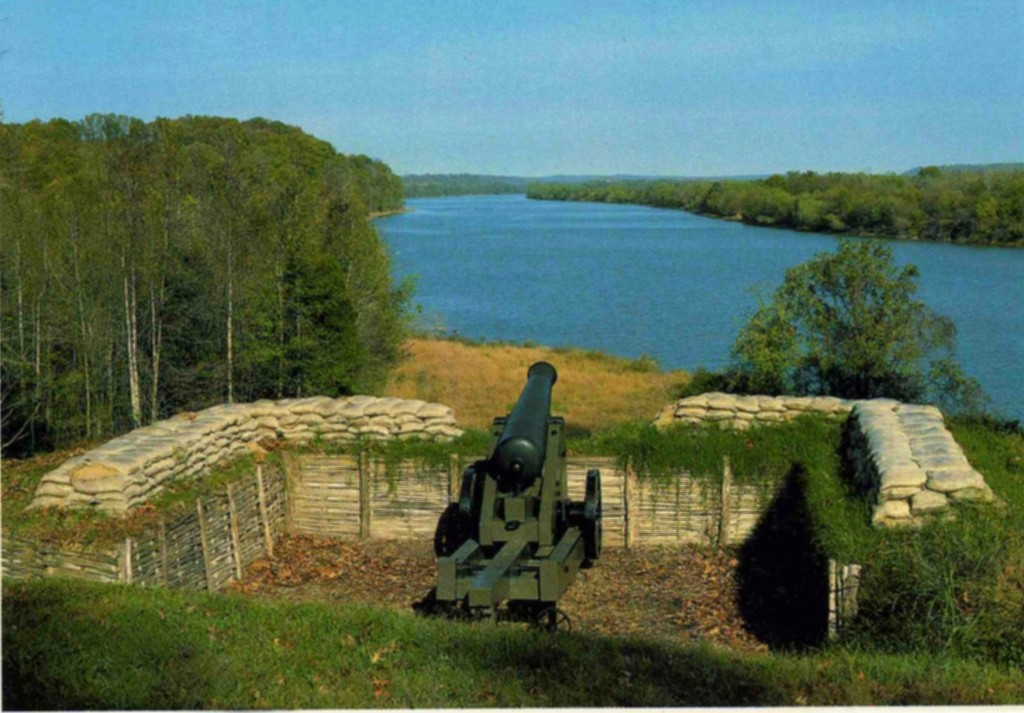 Most of the stops looked like this. The bumps and dips in the foreground are all that remains of trenches. 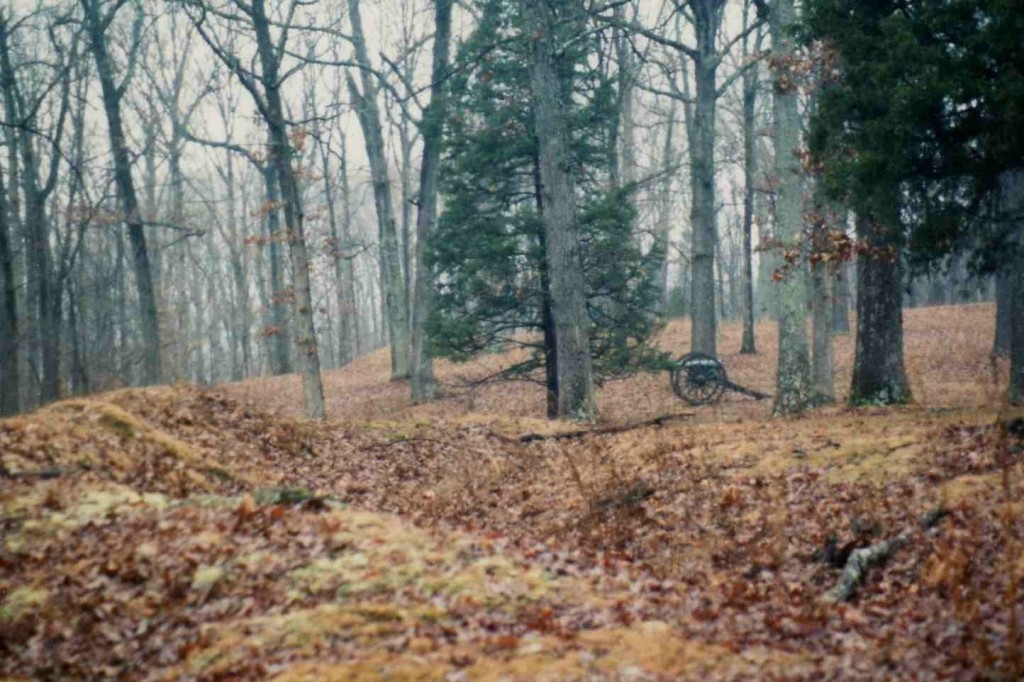 The town of Dover has spread over the area and some of the stops were surrounded by residential areas. We drove into town to see the Dover Hotel, where Confederate Brigadier General Simon B. Buckner surrendered to Union Brigadier General Ulysses S. Grant. It is the only existing original structure where a major surrender took place during the Civil War. 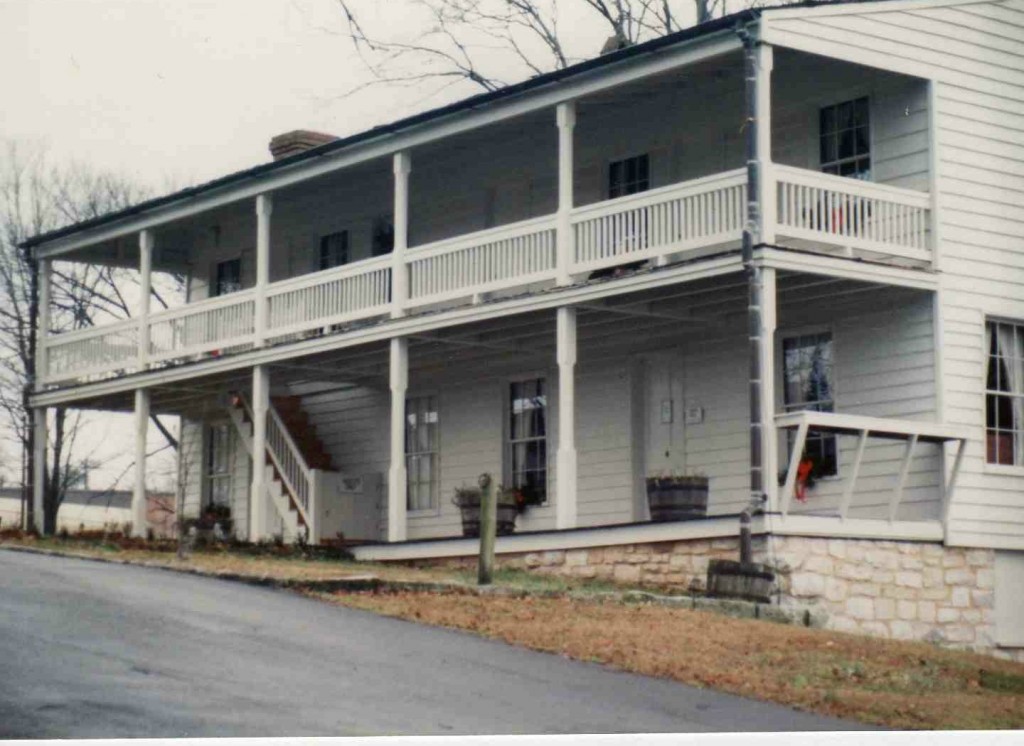 This entry was posted in Battlefields, Forts, National Parks. Bookmark the permalink.