I noticed Fort Massac the previous time I was in Metropolis — about 23 years ago — and have ever since had it in the back of my mind to return. So naturally, as I’ve come to expect from Illinois, the fort was closed and unreachable behind a chain-link fence. 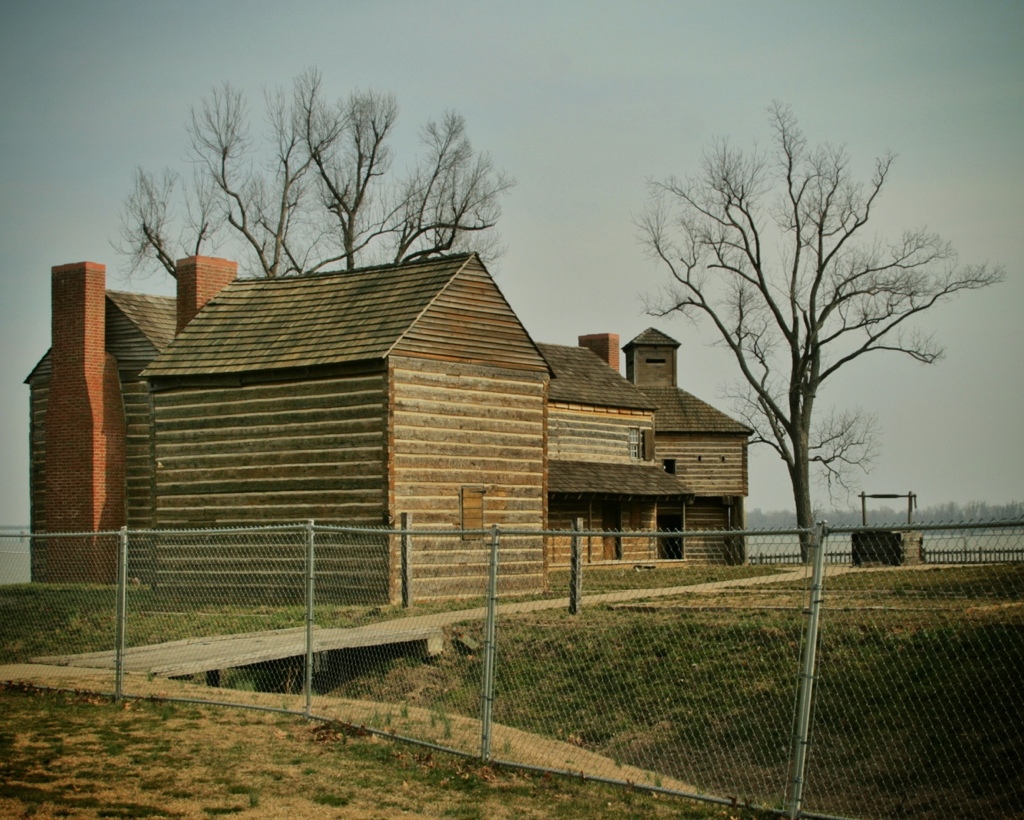 The Spanish may have had a fort near here in the 1500′s. The French did for certain, from 1757 to 1763, at which point the British took over. The British never established much of a presence, which was nice for the American forces under George Rogers Clark who captured the region in 1778 during the Revolutionary War. 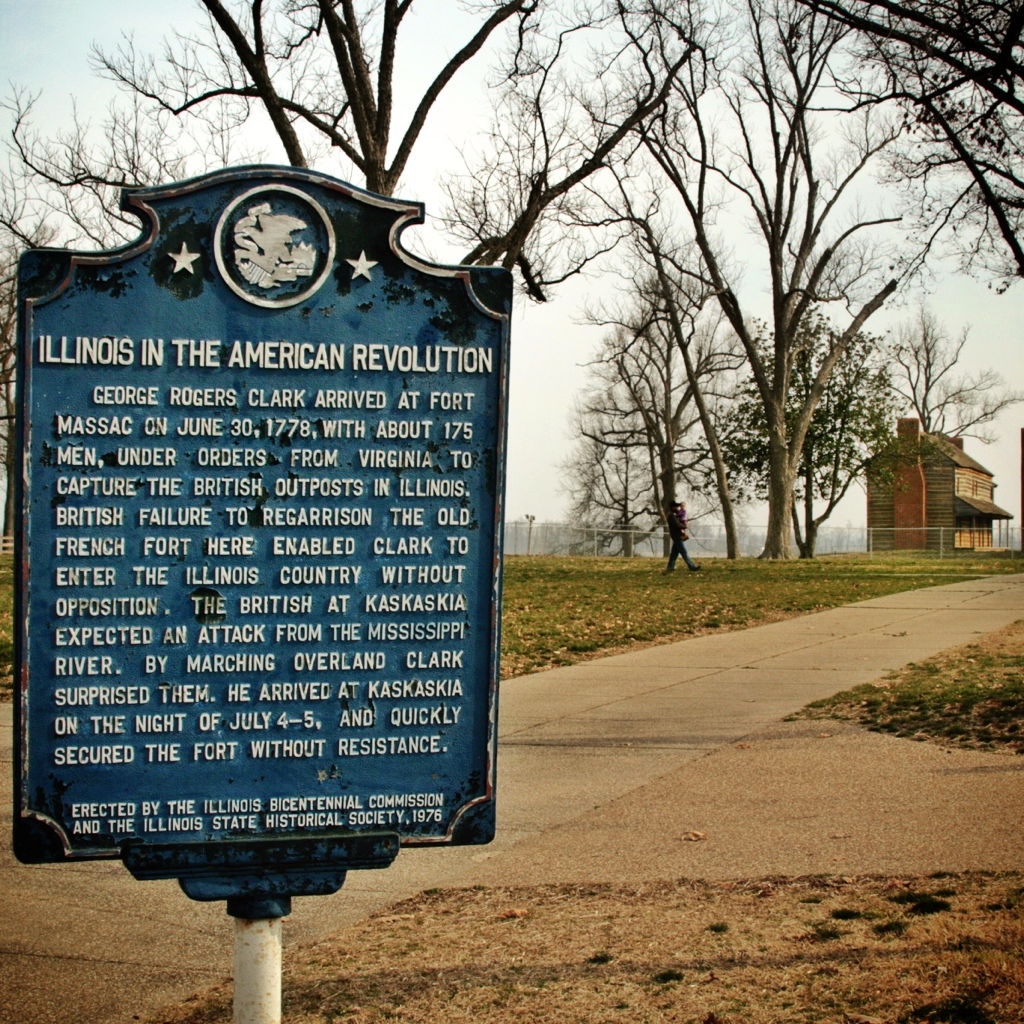 In 1794 the Americans constructed a fort. Aaron Burr and Gen. James Wilkinson met here to draw up plans to conquer Mexico and the American southwest during the summer of 1805. The fort was destroyed by the New Madrid earthquake of 1812, rebuilt and than abandoned. The site, without the fort, was the scene of a troop encampment at the beginning of the Civil War. 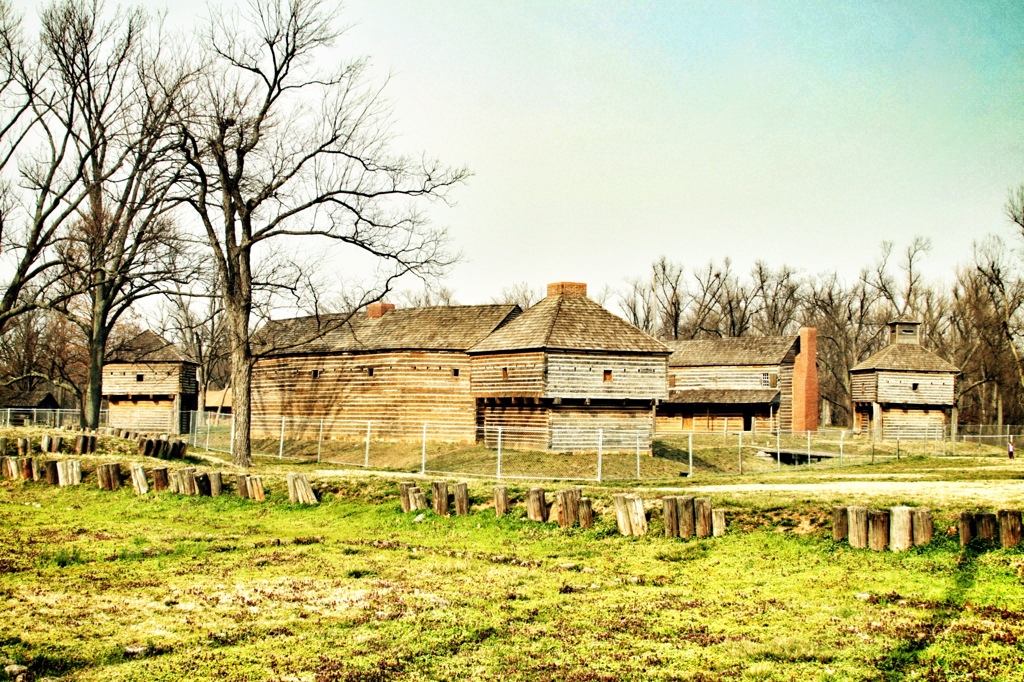 Desperate for a red chair photo, I set it atop the southeast bastion of the French Fort with the Paducah Bridge that carries I-24 across the Ohio River in the background. The trees in the left-distance are in Illinois. Those on the right are in Kentucky.

The site also includes a statue of George Rogers Clark looking heroically out over the river. 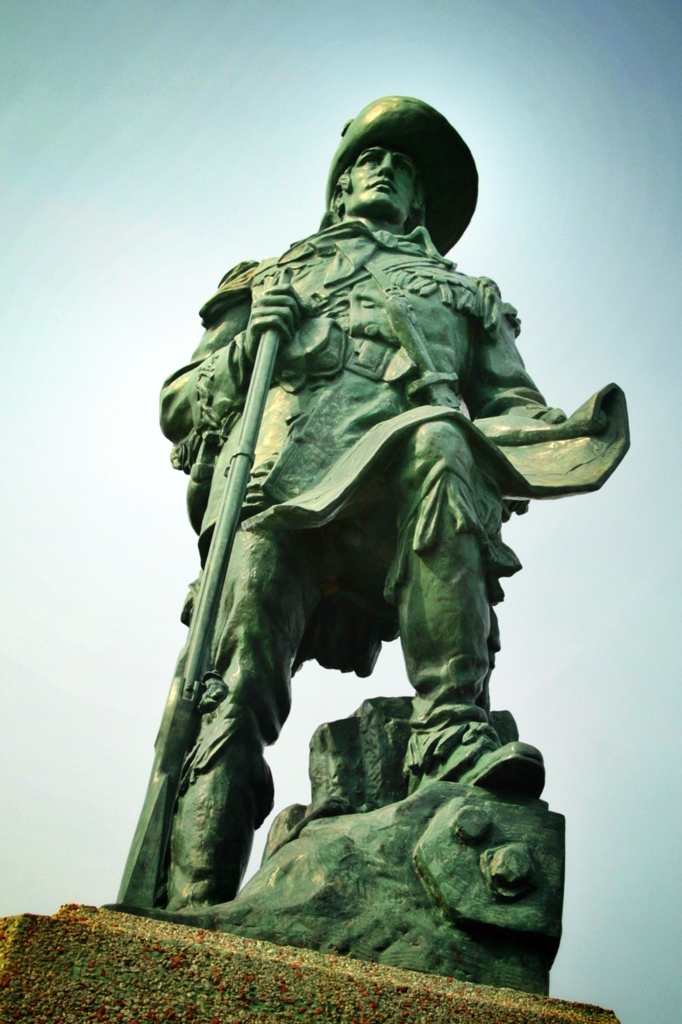 We pondered the Ohio River for 15 minutes or so, walked around the fence that kept us from the fort, and left. And so goes vacationing in Illinois.