When I left Fort Fetterman, it was nearing lunchtime. My plan was to stop somewhere in Casper, but I wasn’t sure what I was in the mood for. I didn’t see anything inviting at the first exit south of the city. And then, before I knew it, I was through the city and still unfed. I have a thing against backtracking. There was a gas station at the last exit before I left civilization, so I pulled in for gas and a few snacks. I figured I could grab something at the next town. The next town turned out to be Buffalo, 120 miles away. By this time I wasn’t picky. I grabbed a burger at McDonald’s and ate it on the short drive to my next stop. 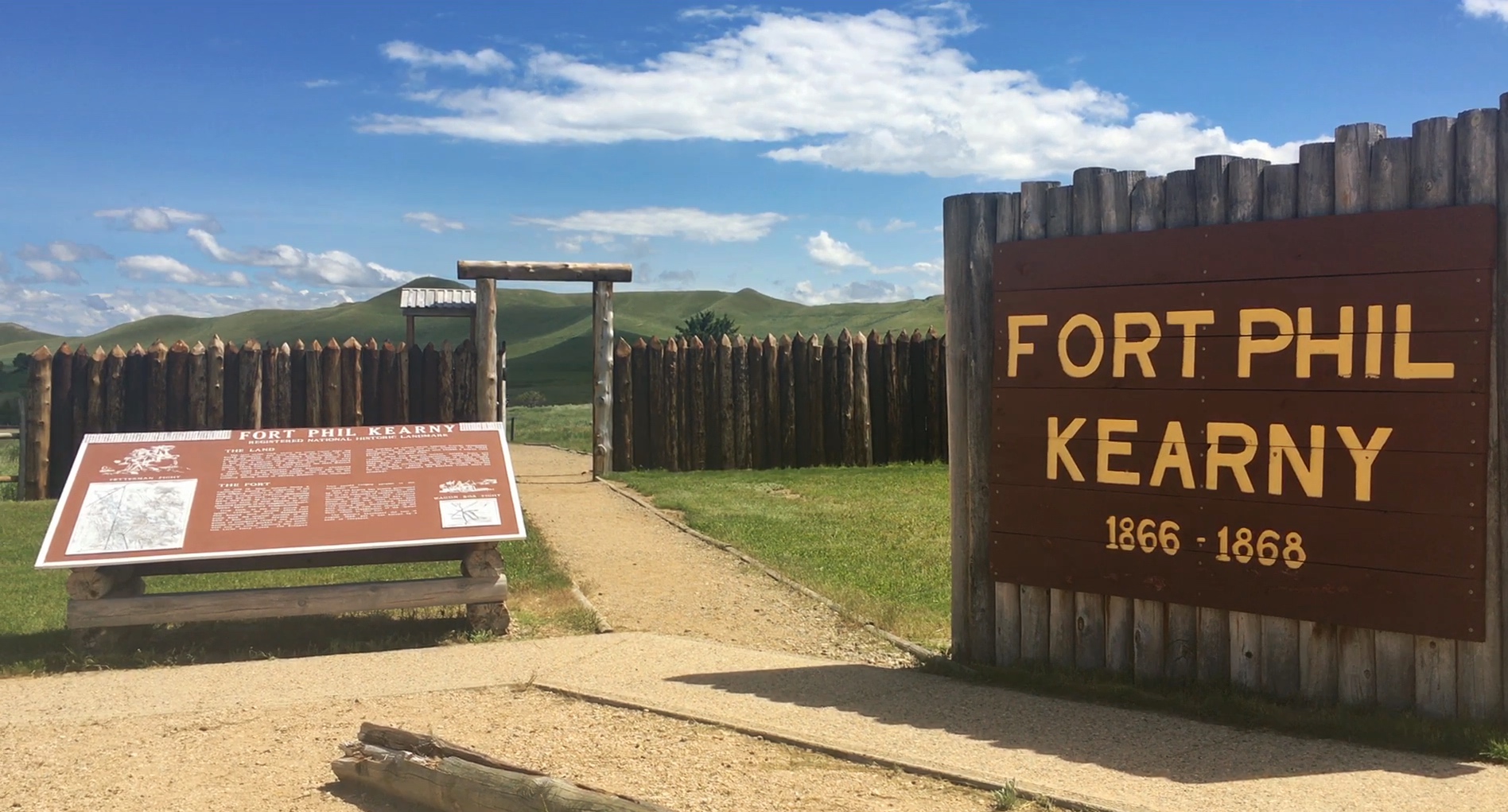 Fort Phil Kearny was built in 1866 as one of the posts created to protect settlers on the Bozeman Trail.  It’s thought that another motive was to distract Indians from the construction of the transcontinental railroad further south. The fort was named for a Union general killed during the Civil War. The fort was stockaded to enclose 17 acres inside an 8-foot wall. The curator in the museum told me it was the largest stockaded fort in the west. Some said the commanding officer Colonel Henry Carrington should have spent less time building the fort and more time training his men—many of whom were new recruits. The photo below is a diorama of the fort in the visitor center. 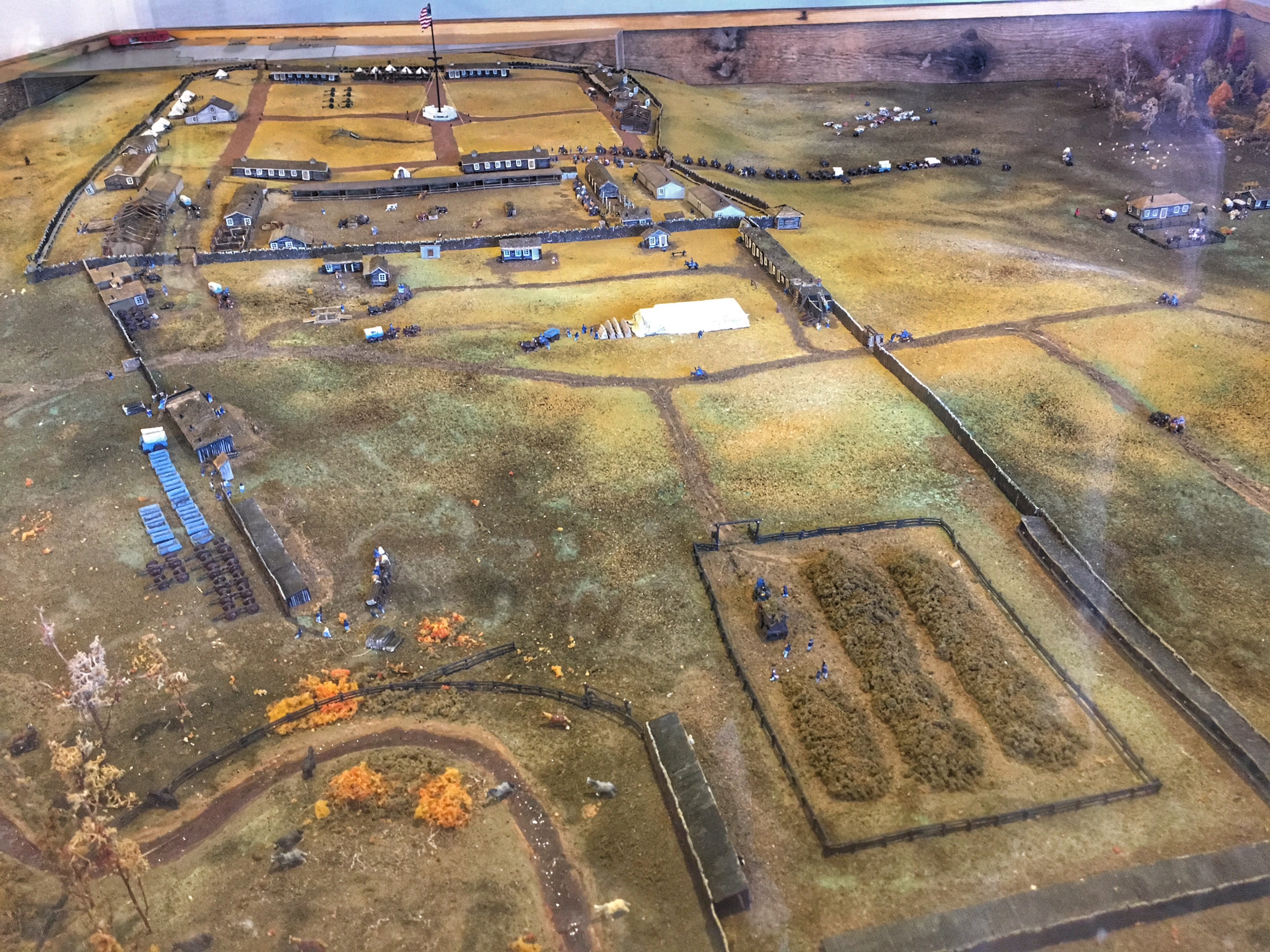 The Sioux, Cheyenne, and Arapaho Indians were very active around the fort. Two major battles (next posts) and several skirmishes were fought in the immediate area. By 1868, the railroad was completed. That, and the Treaty of 1868 resulted in the abandonment of the fort which was soon burnt down by Indians.

The major problem with the location of the fort was the lack of available timber, both for building the fort and for fuel for cooking and eating. Logging details had to be sent four miles west to the foothills of the Bighorn Mountains for pine. These details were frequently attacked by hostile Indians. The route to the logging areas ran along Sullivant Hill to the northwest of the fort so that soldiers could have a vantage point to look for Indians. On the brochure map below, you can see how close to the fort the battles occurred. 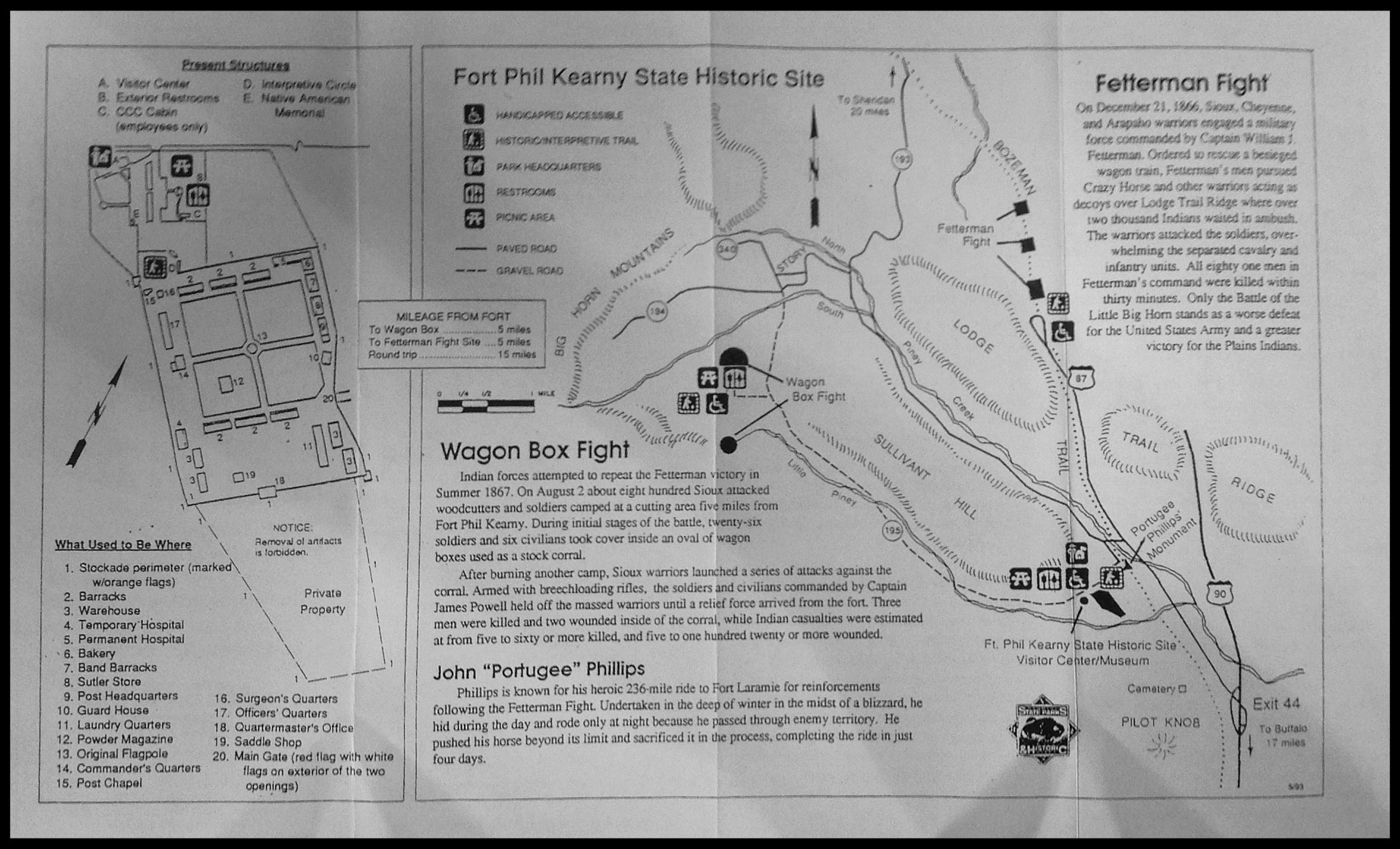 I went inside the visitor center to pay my $3 fee and found it dark. The curator said the power had just gone off. He told me to look around outside, and if the lights weren’t back on by the time I returned, he wouldn’t charge me.

Nothing remains of the fort. Portions of the stockade on one side and in the far corners  have been rebuilt. I wandered the path around the parade grounds. A second section of the fort to the south, built to house animals and civilian workers, is on private ground and not open. There really wasn’t much to see, but the surrounding area was beautiful. 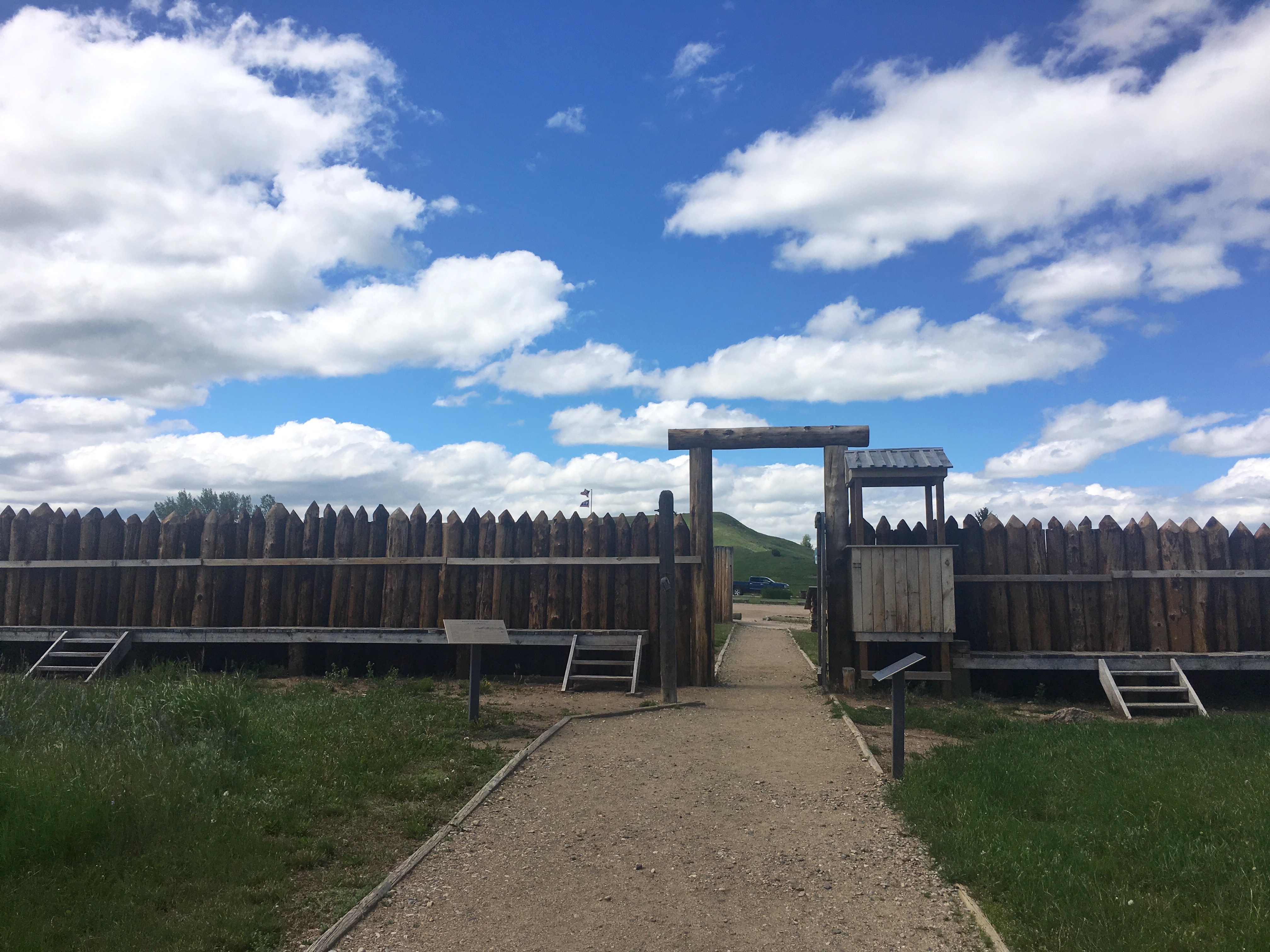 On the left of this next photo, you can see a conical hill. It’s part of Lodge Trail Ridge and it can also be seen in some of my photos from the Fetterman Battlefield (next post). 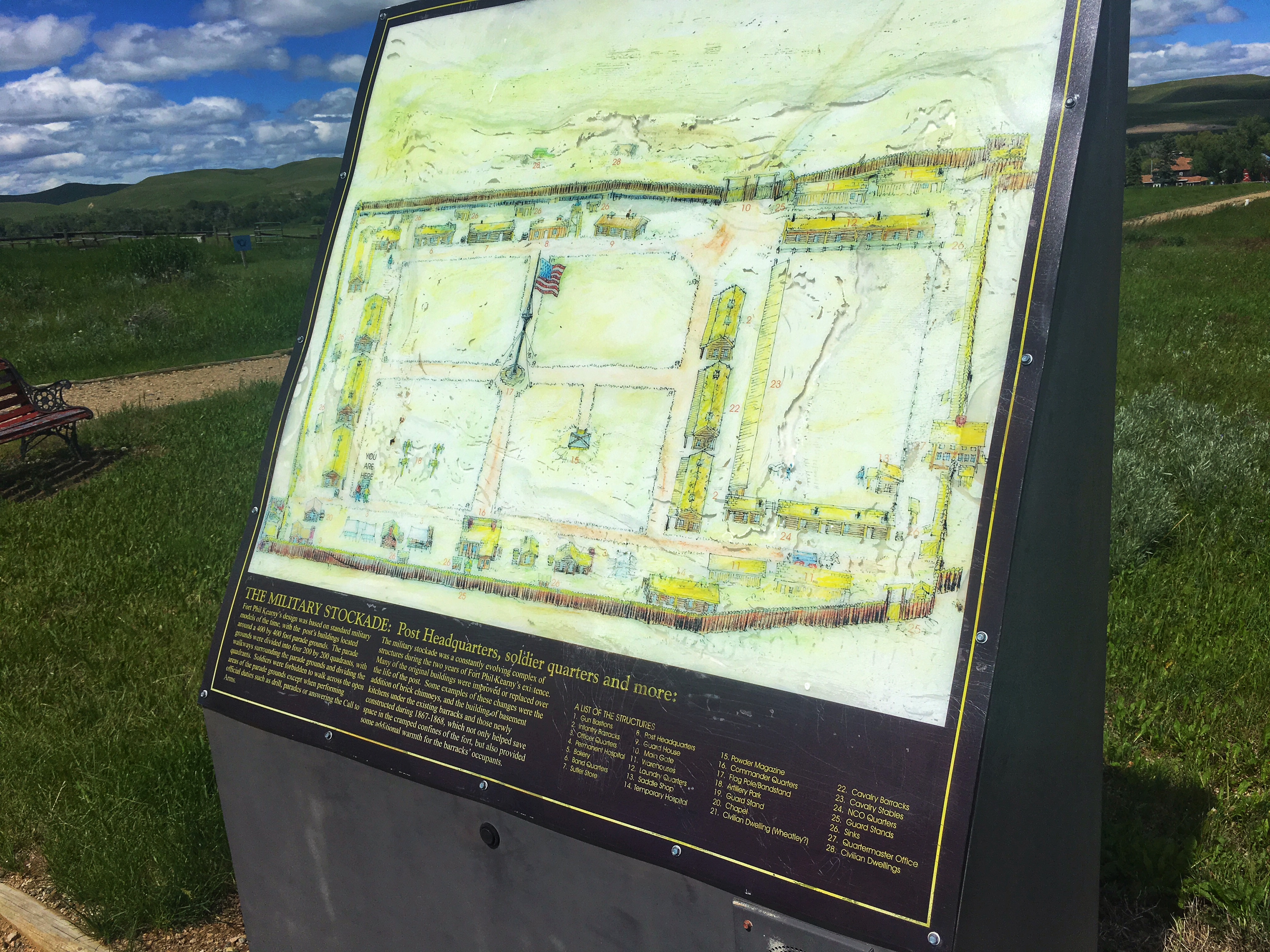 The fort cemetery was on the side of Pilot Knob on the far side of Little Piney Creek. 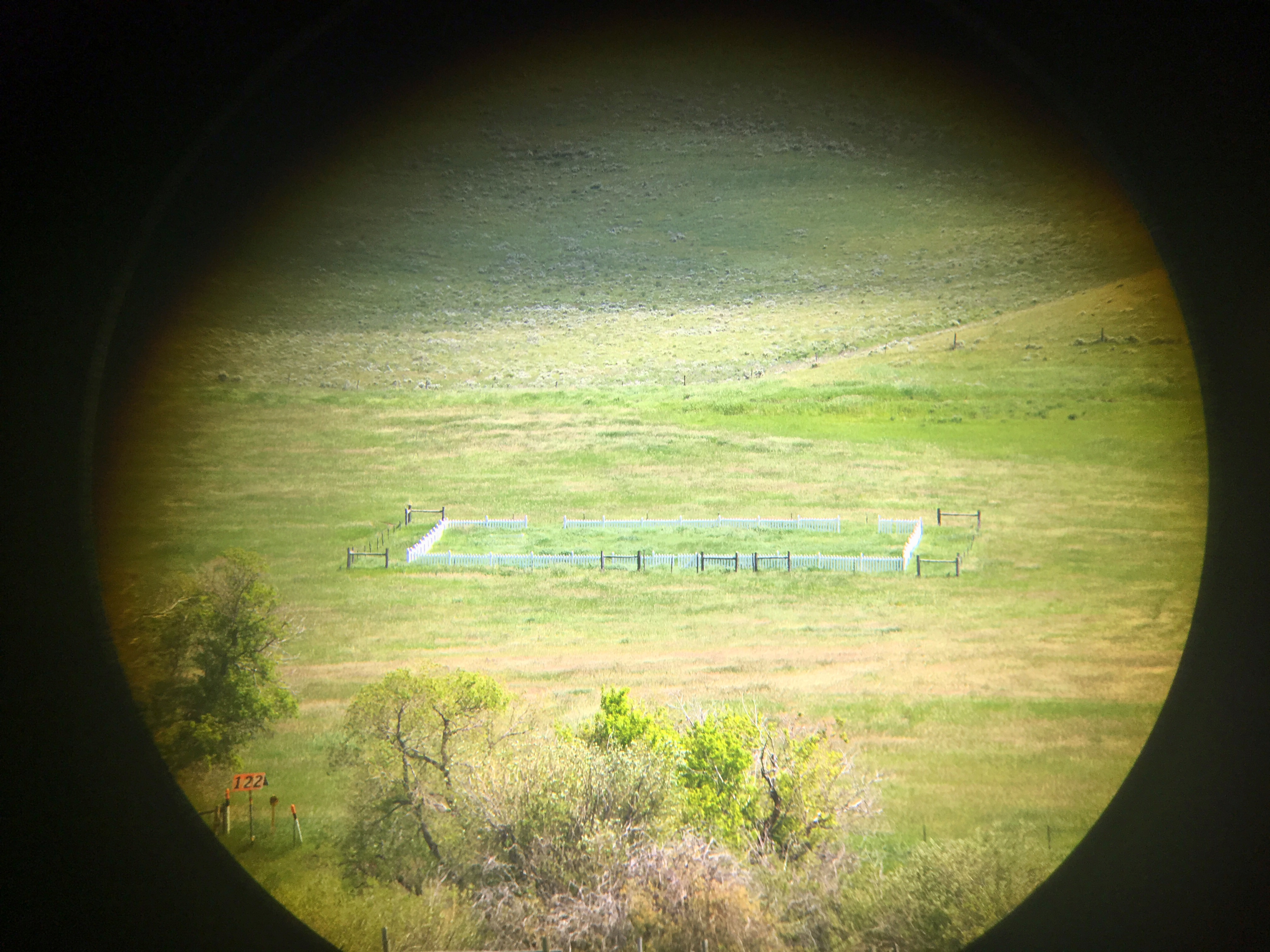 Signalmen were stationed on top of Pilot Knob to watch for Indian activity in the area. There is now a silhouette of a soldier with a flag on the hill. 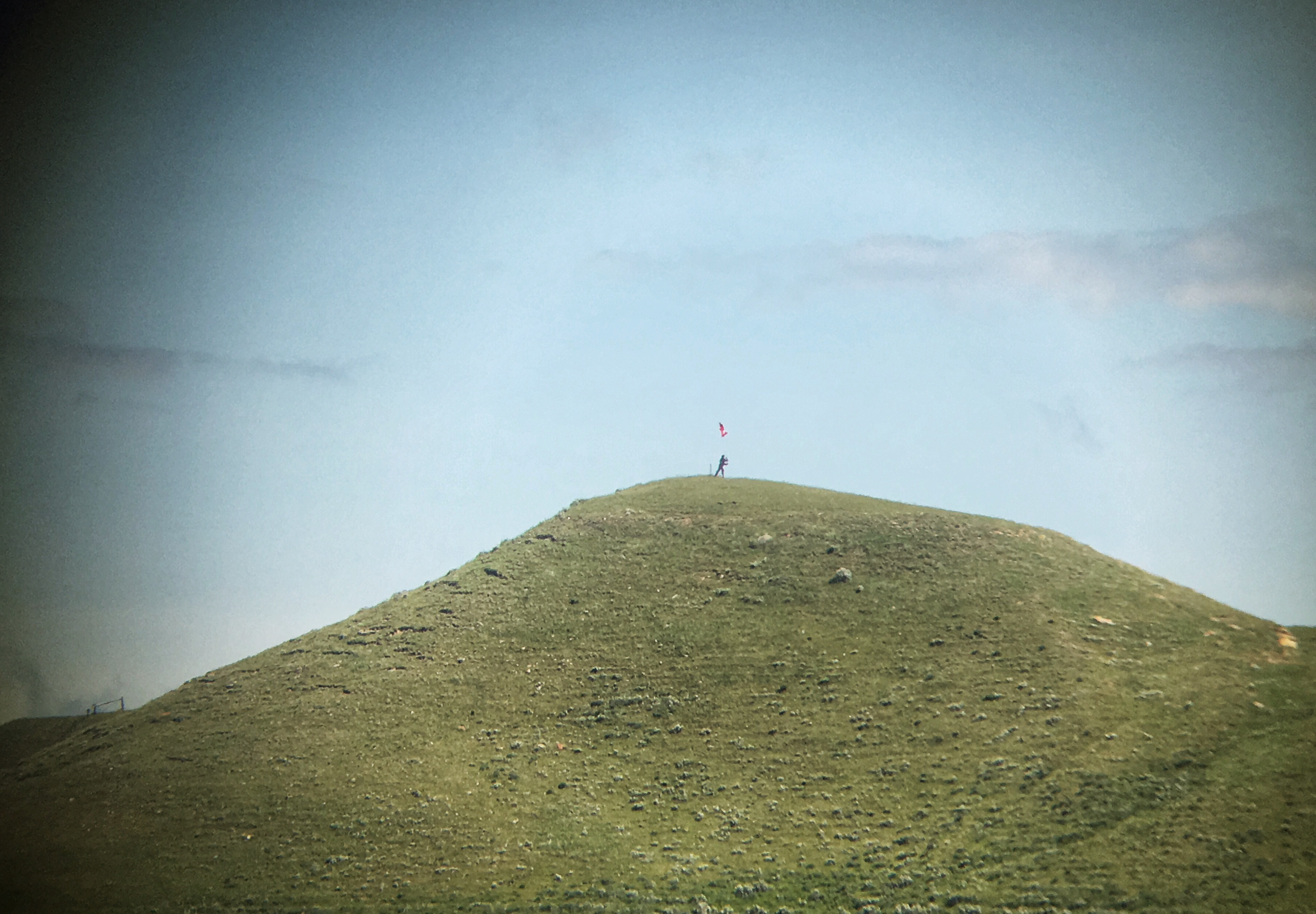 I took this photo on the parade grounds looking east. The row of trees mark Piney Creek. The southeast corner of the fort is marked with the small section of stockade. 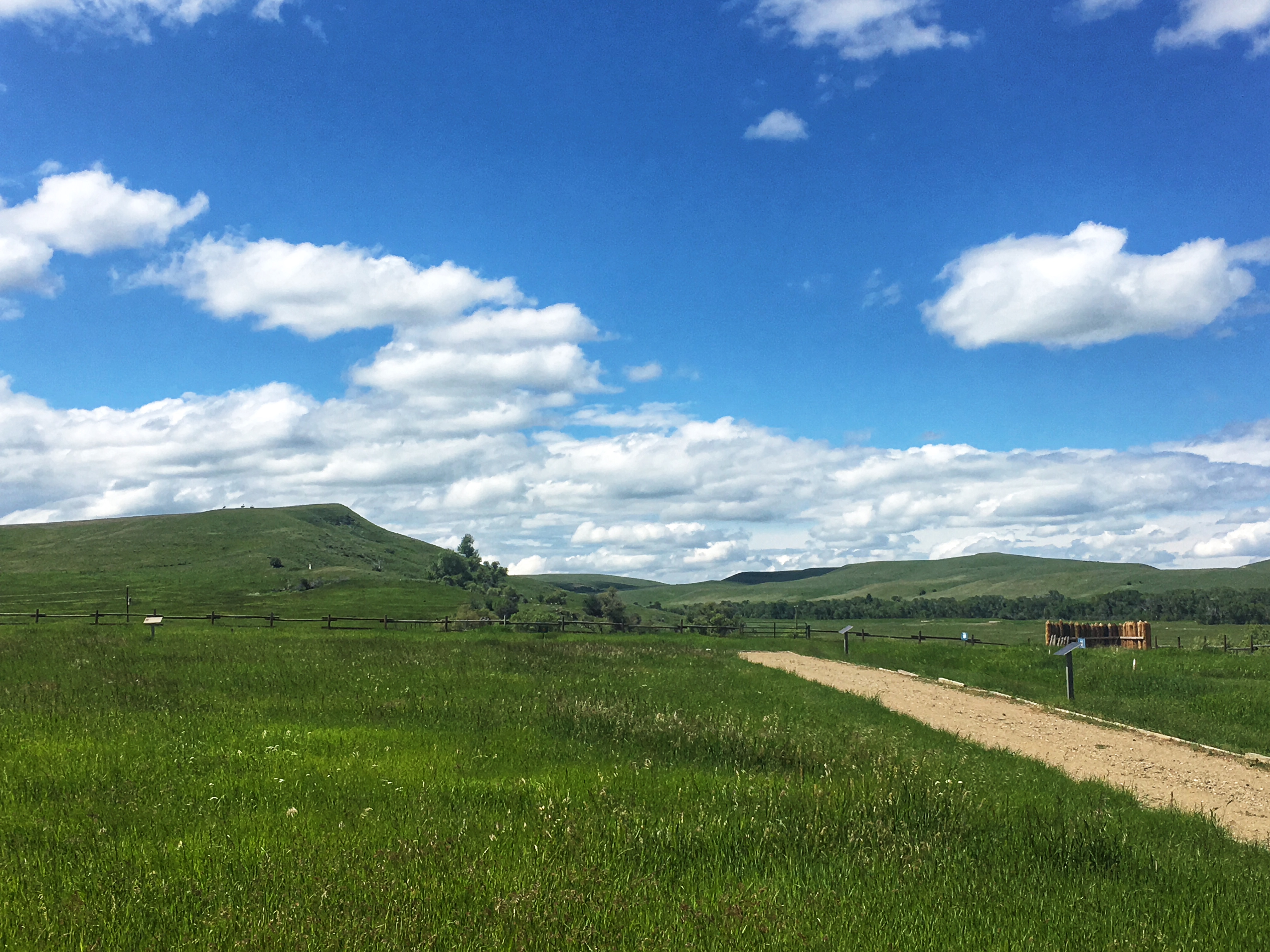 This photo shows how big the fort was. I took it looking diagonally from the northwest corner toward the southeast corner. The same section of stockade can be seen in the distant middle-left. Pilot Knob is on the right. The roofed structure in the center of the parade grounds marks the site of the flagpole. 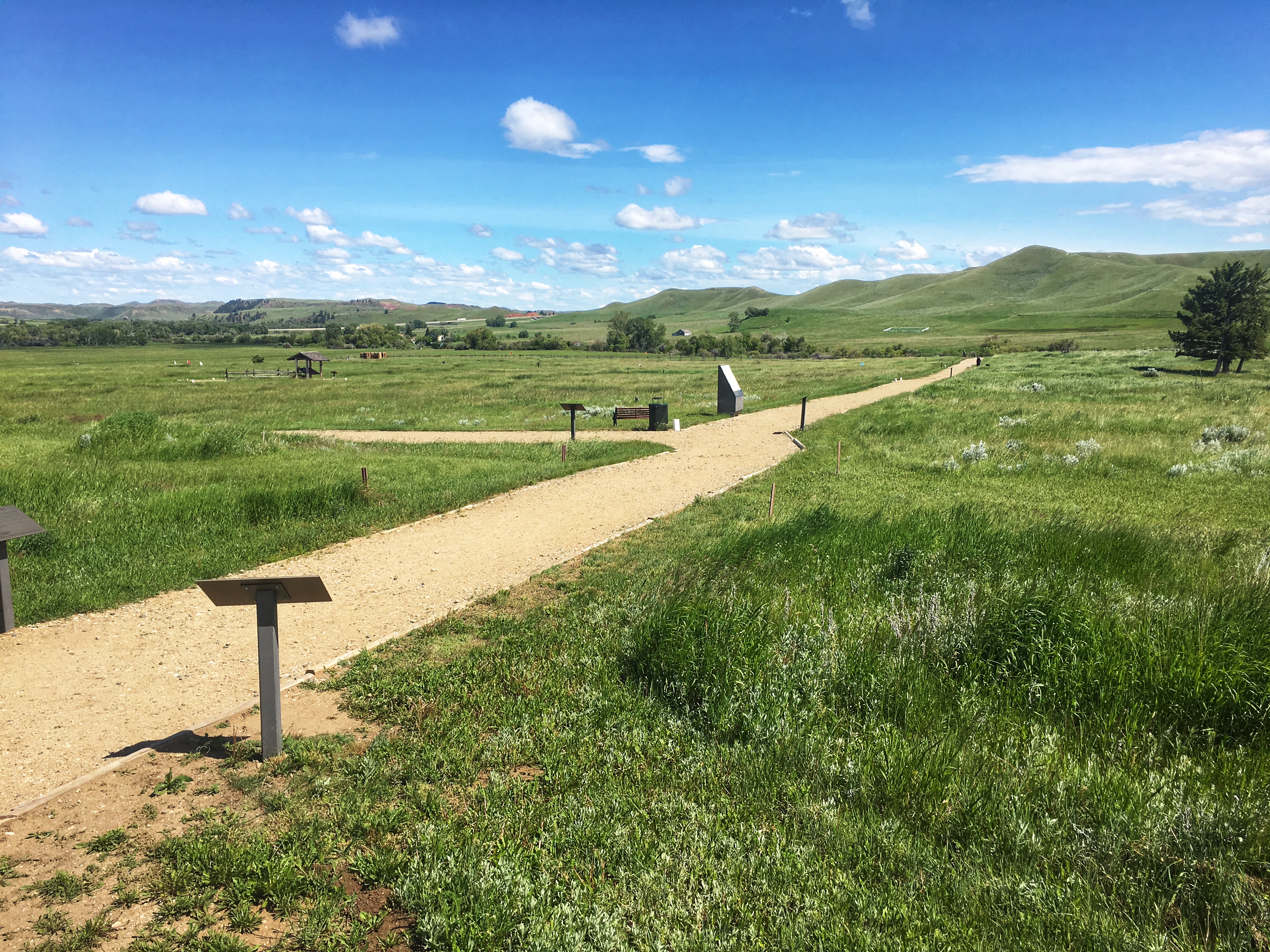 The lights were on when I got back to the visitor center. I made a quick tour of the displays. ( I generally go pretty quickly past things I can read in books.) I bought a hat, paid my fee, and headed for the nearby battle sites.