After the Fetterman Fight on December 21, 1866, the Army made a few changes. For one, they stationed a company under Captain James W. Powell at a forward position to protect the wood cutters. For another, they armed the soldiers with breech-loading rifles that could fire 15-20 rounds a minute. This was significant because the Indians had developed a battle strategy based on older muzzle-loading rifles. Even the best soldiers could only fire a muzzle-loader about three times a minute. Most soldiers weren’t nearly that well trained and could only get off a shot about once a minute. The Indians would wait for a soldier to fire his rifle and then charge before he could reload. 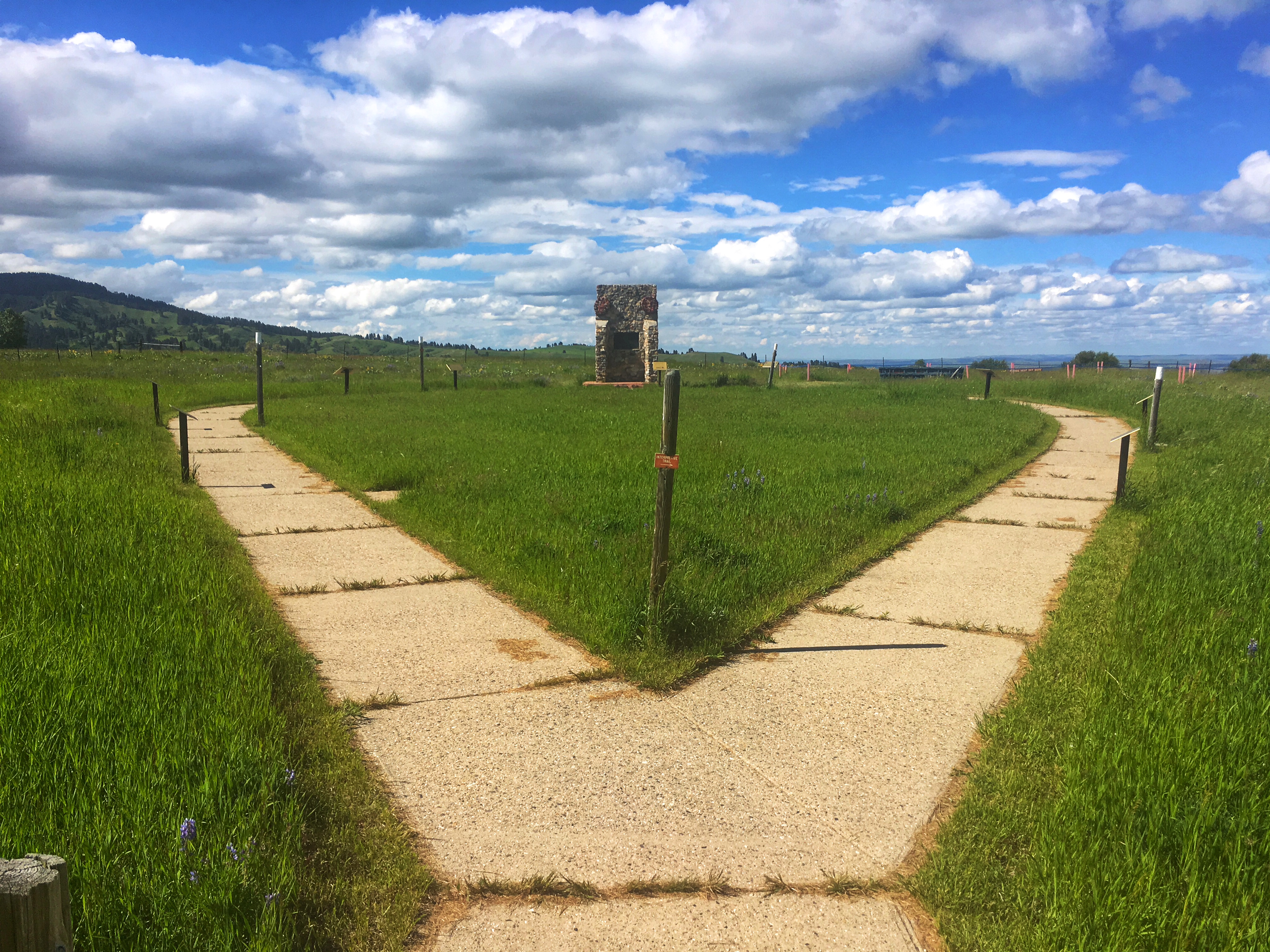 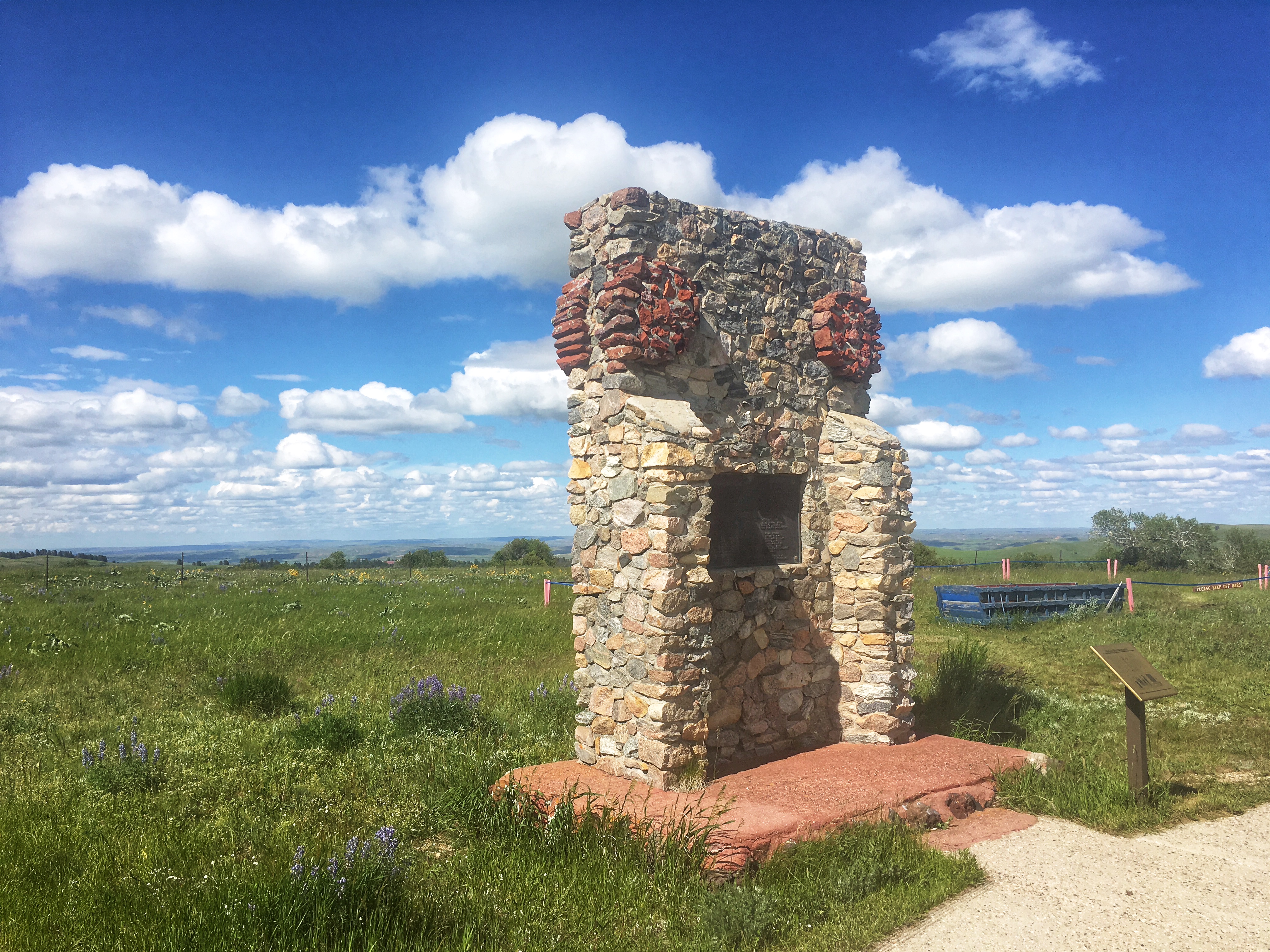 On August 2, 1867, Powell sent part of his force to the west to protect the wood cutters. He sent another group of soldiers to escort a load of wood back to Fort Phil Kearny, about six miles away. That left Powell with 26 soldiers, including Lt. Jenness, and two civilians at their “fort.” This fort was built by removing the boxes from wagons and arranging them in an oval. The gaps were filled with bags of grain, barrels, and anything else handy. The enclosure was about 60 feet long and 30 feet wide. 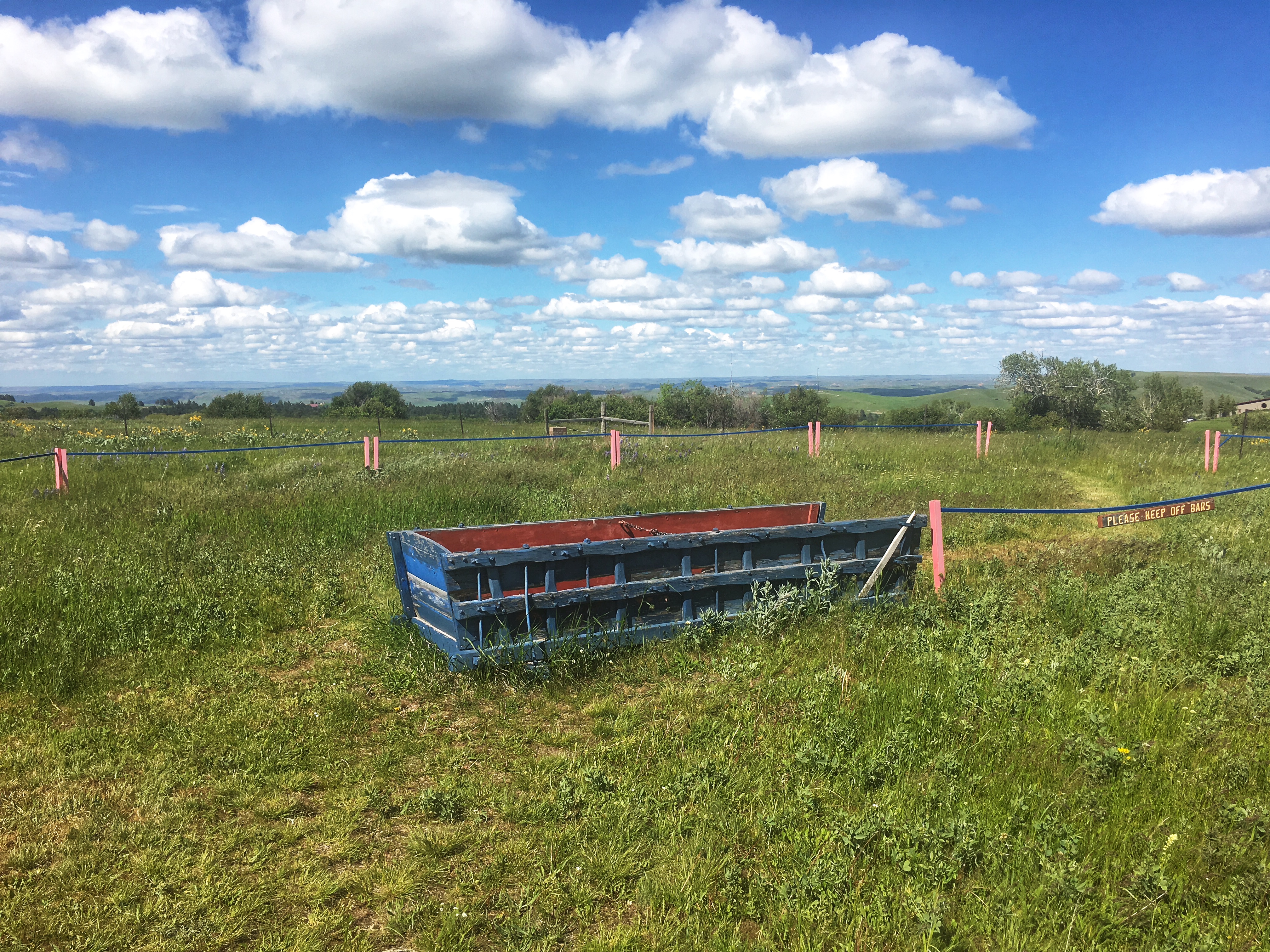 Expecting an easy victory, a huge force of Indians attacked the wood cutters camp and the wagon box fort. They captured the camp’s mule herd and burned the tents. Three soldiers and four civilians were killed. The rest of the men managed to get back to Fort Phil Kearny or hide in the woods.

Another large group of Indians attacked the wagon box fort. The first charge was on horseback, but the rapid firing of the men in the wagons drove them back. Several more attacks were made on foot. A few Indians got as close as five feet to the wagons, but none made it into the enclosure. Lt. Jenness and two soldiers were killed. Three hours after the attack began, a relief force arrived with a howitzer and chased the Indians away. There is great debate about how man Indians died. Estimate range from a low of 6 to a high of over a thousand. The surviving soldiers reported that the ground around the wagons was covered with Indian dead, so 6 sounds pretty ridiculous. Based on everything I’ve ever read about Indian fighting, I find 1,000 tough to believe too. 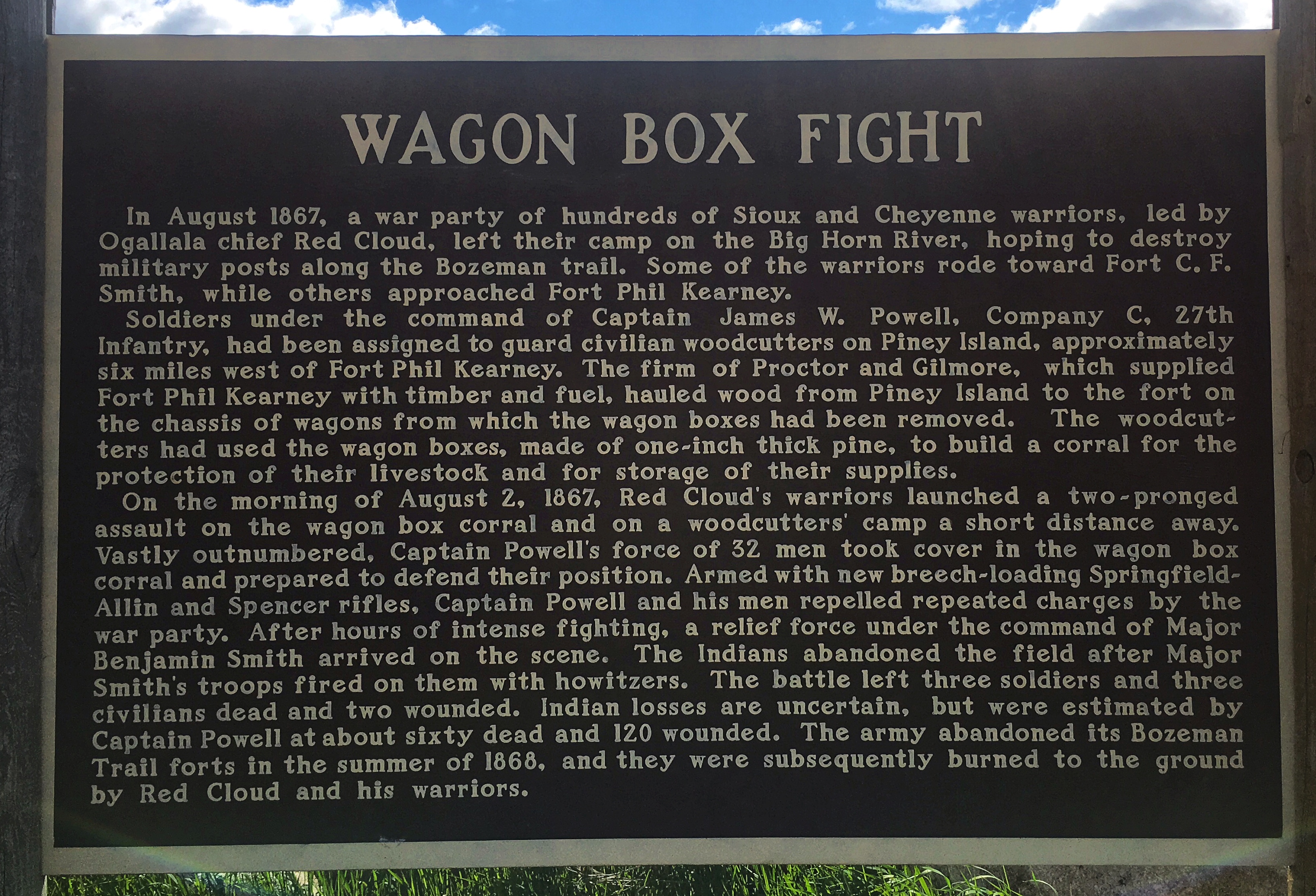 I drove to the site on a dirt road through a valley. There were several nice houses scattered along the way. I’m guessing the area is close enough to Sheridan for people to live there and work in the town. The battlefield is on a knoll covered with wildflowers. By this time, I had pretty much decided I wanted to live in Wyoming. It’s beautiful and empty. I wasn’t completely alone. A woman had parked in the lot to walk her dog on the nearby road and two young guys with atvs stopped by briefly. There wasn’t much to see—just the monument, a wagon box, and pink plastic posts marking the outline of the enclosure. 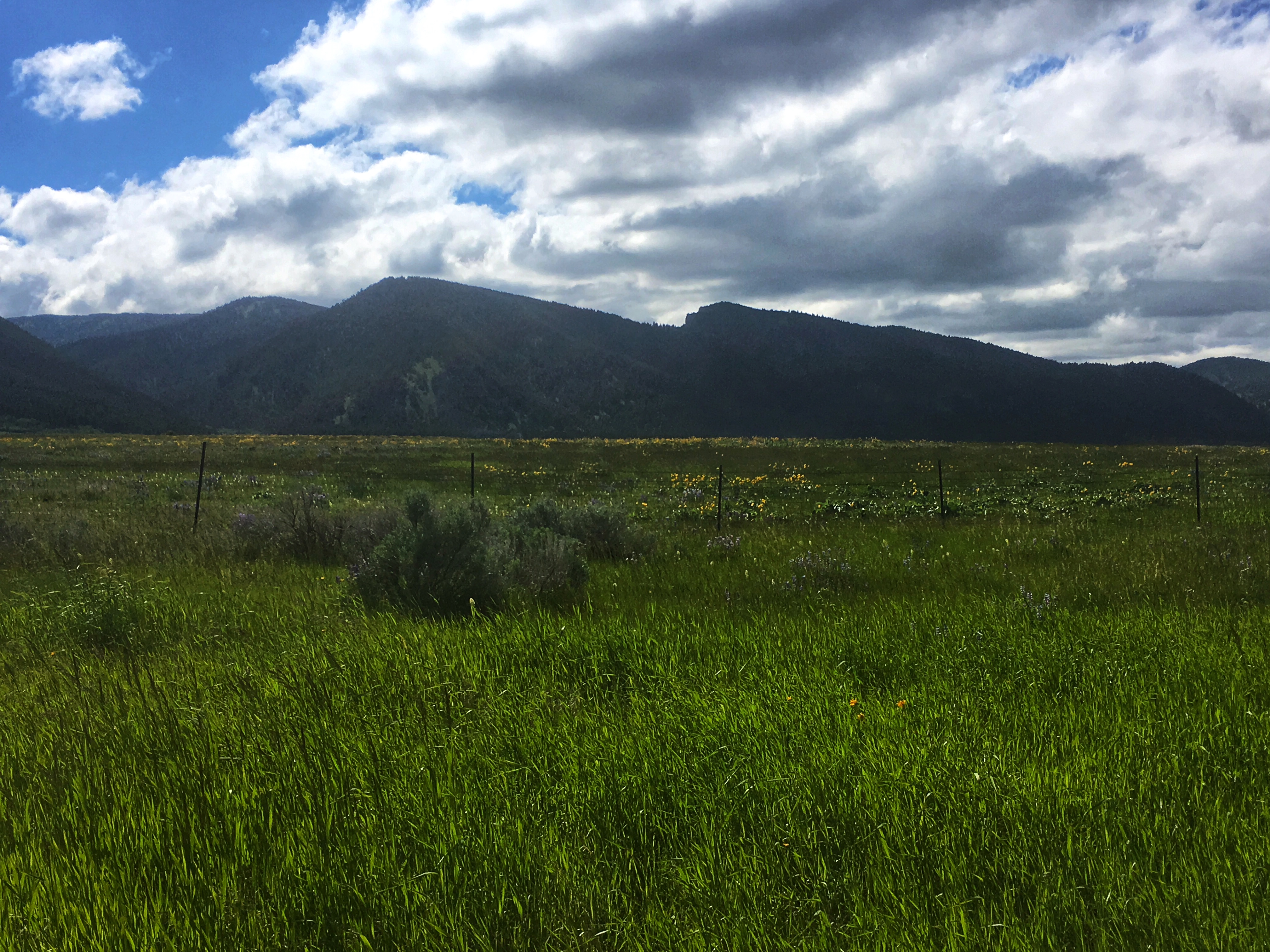 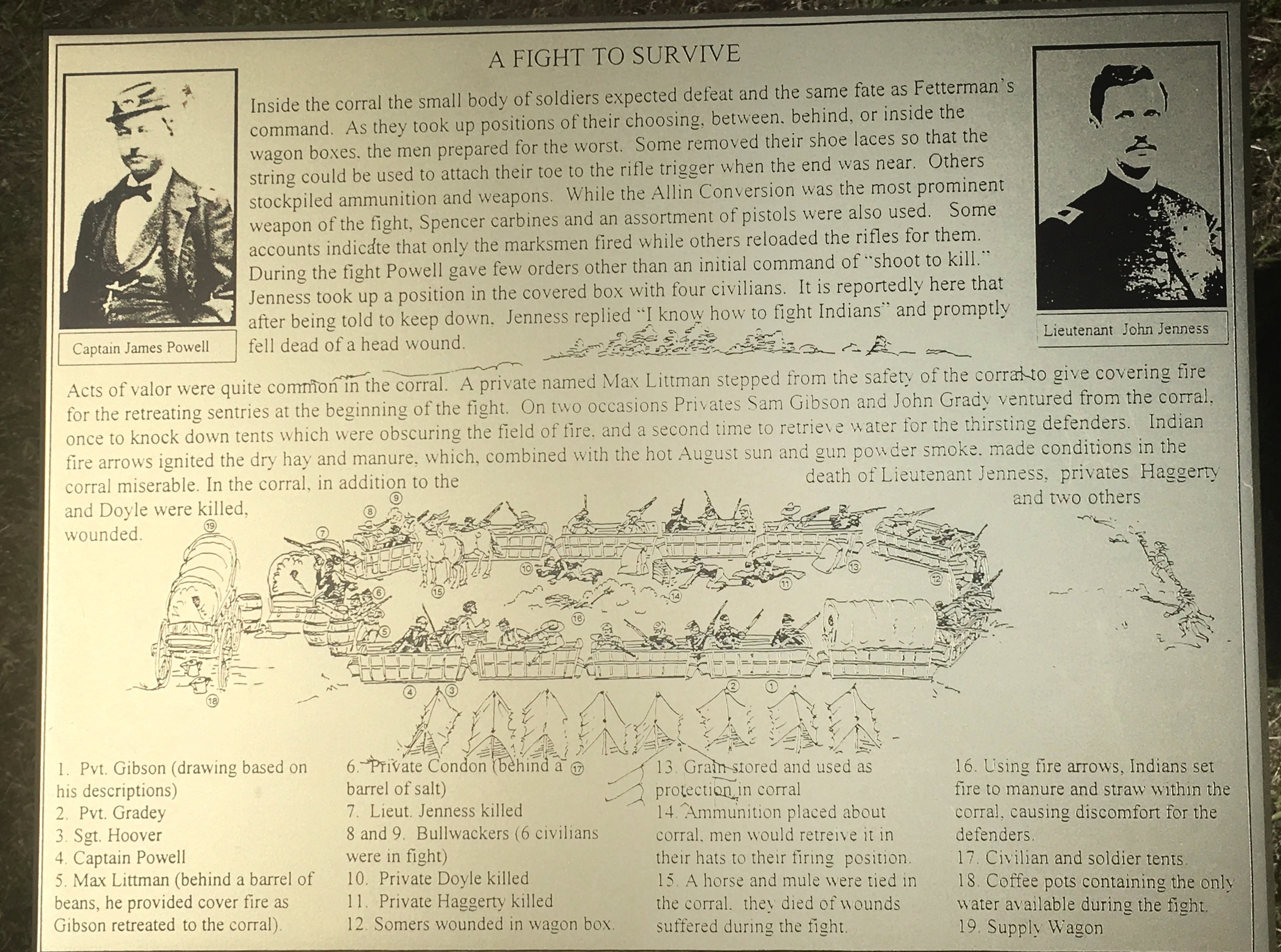 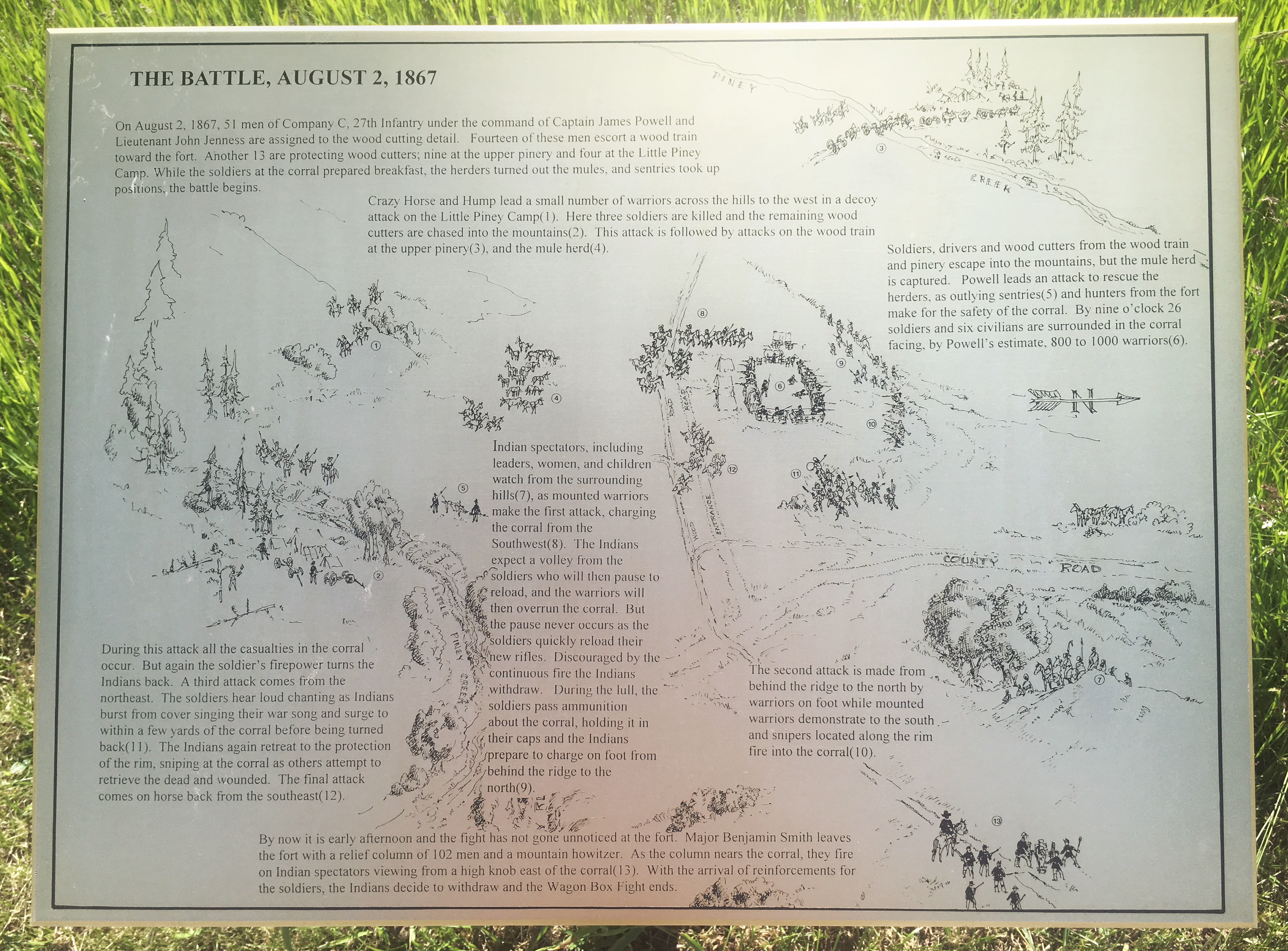