Fort Phil Kearny needed wood for construction, cooking, and heat. Wood-cutting crews were frequently attacked by bands of Sioux, Cheyenne and Arapaho Indians led by Red Cloud. Some estimates put the size of the Indian camp at 2,000 warriors plus their families. In the five months since the fort had been established in July, 70 soldiers and civilians had been killed.

On December 21, 1866, gunshots were heard at the fort. Col. Carrington sent Captain William J. Fetterman and a force of infantry to rescue the timber cutters. These men had spent their time at the post building the fort and had little experience or training in military maneuvers. At the last minute, a small cavalry detail led by Lt. George W. Grummond asked to go along with Fetterman. Carrington gave Fetterman strict instructions not to cross Lodge Trail Ridge, about two miles from the fort.

Fetterman was apparently attempting to get between the Indians and their camp. He didn’t know that Red Cloud was preparing a trap. A small band of Indians showed themselves on the far side of Lodge Trail Ridge, and the impulsive Grummond raced after them. As soon as the cavalry got far enough away from the infantry, the trap was sprung. An overwhelming number of Indians stood up from hiding places on both sides and surrounded them. Fetterman may have taken his men down from the ridge to try to help Grummond, but both forces were soon surrounded. Fetterman and all 80 soldiers and civilians with him were killed. The battle was over within 30 minutes. The Indians stripped and mutilated the bodies. 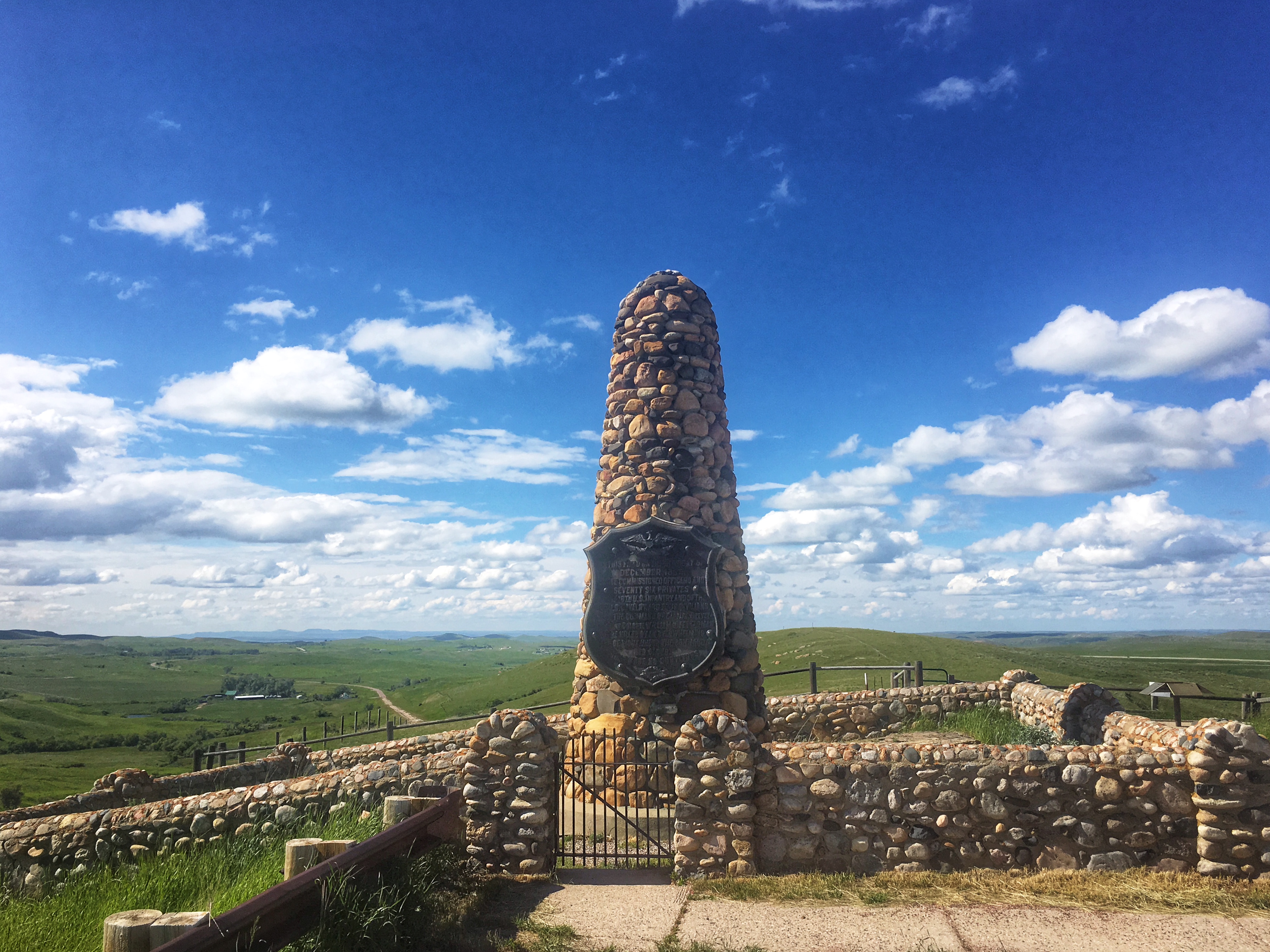 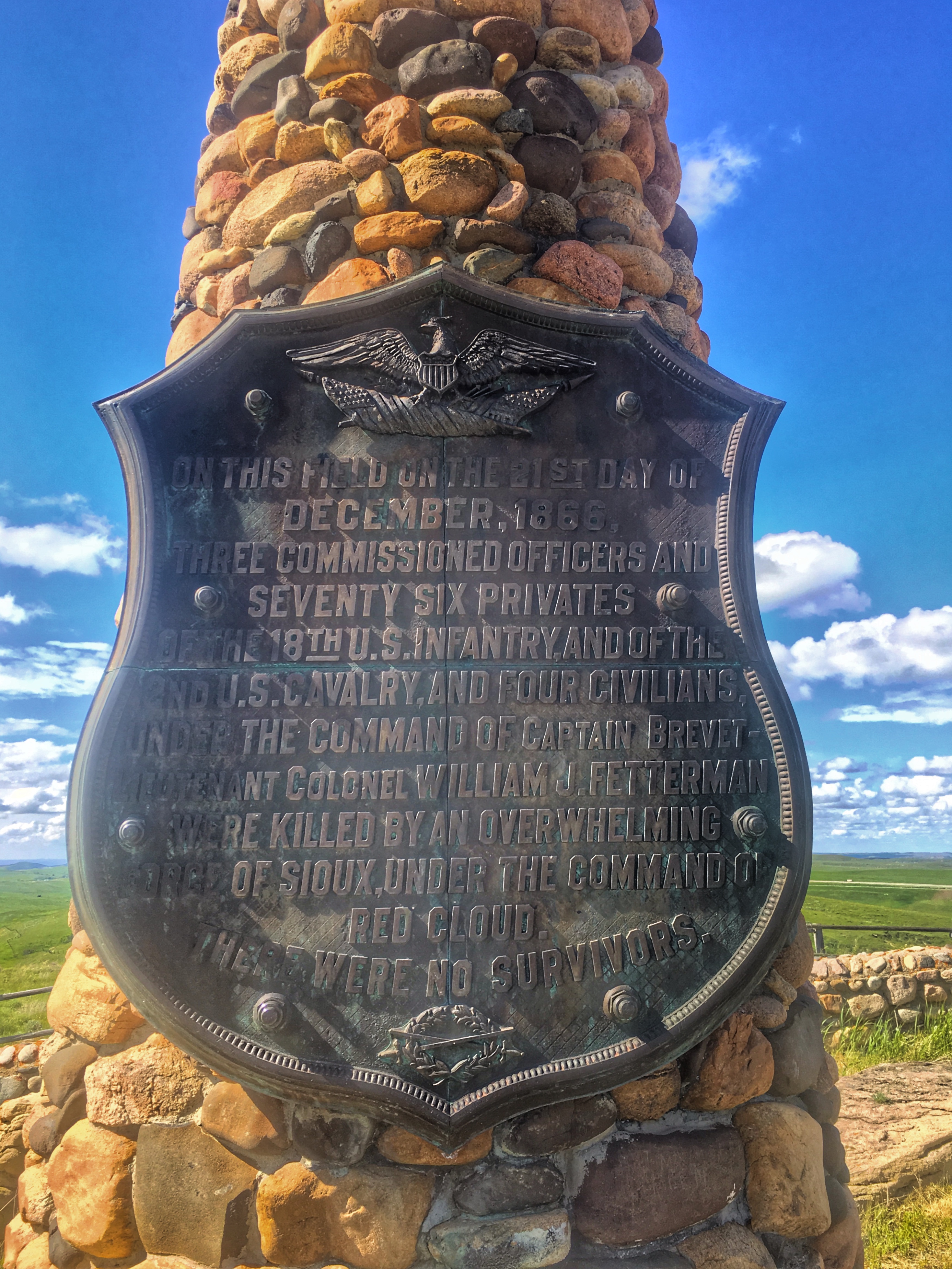 Looking north along Massacre Hill from the monument. 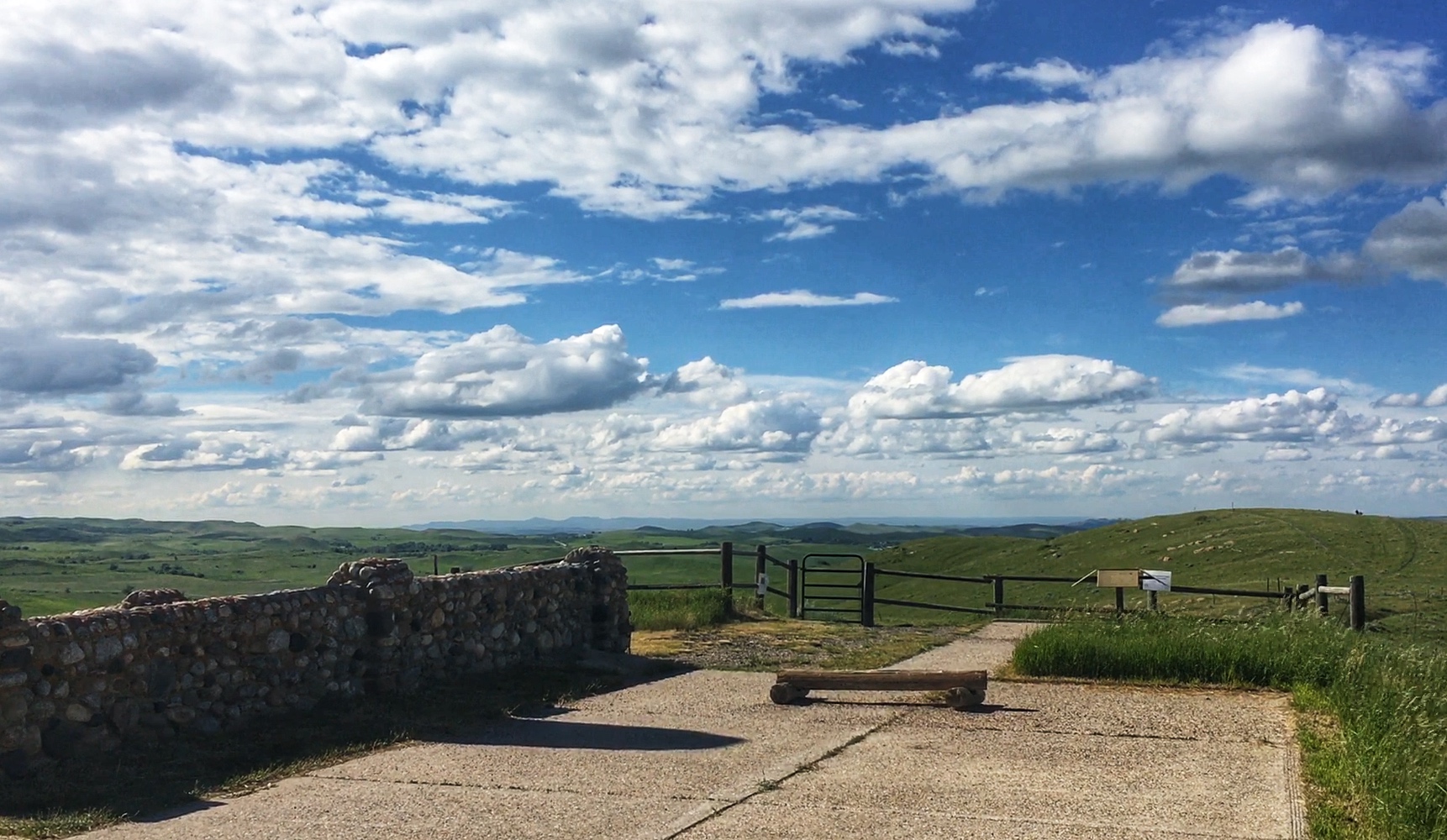 Looking south along the hill. The monument is in the distance where the abandoned road crosses the ridge. Lodge Trail Ridge is just beyond. Fort Phil Kearny is about two miles on the other side of the ridge. 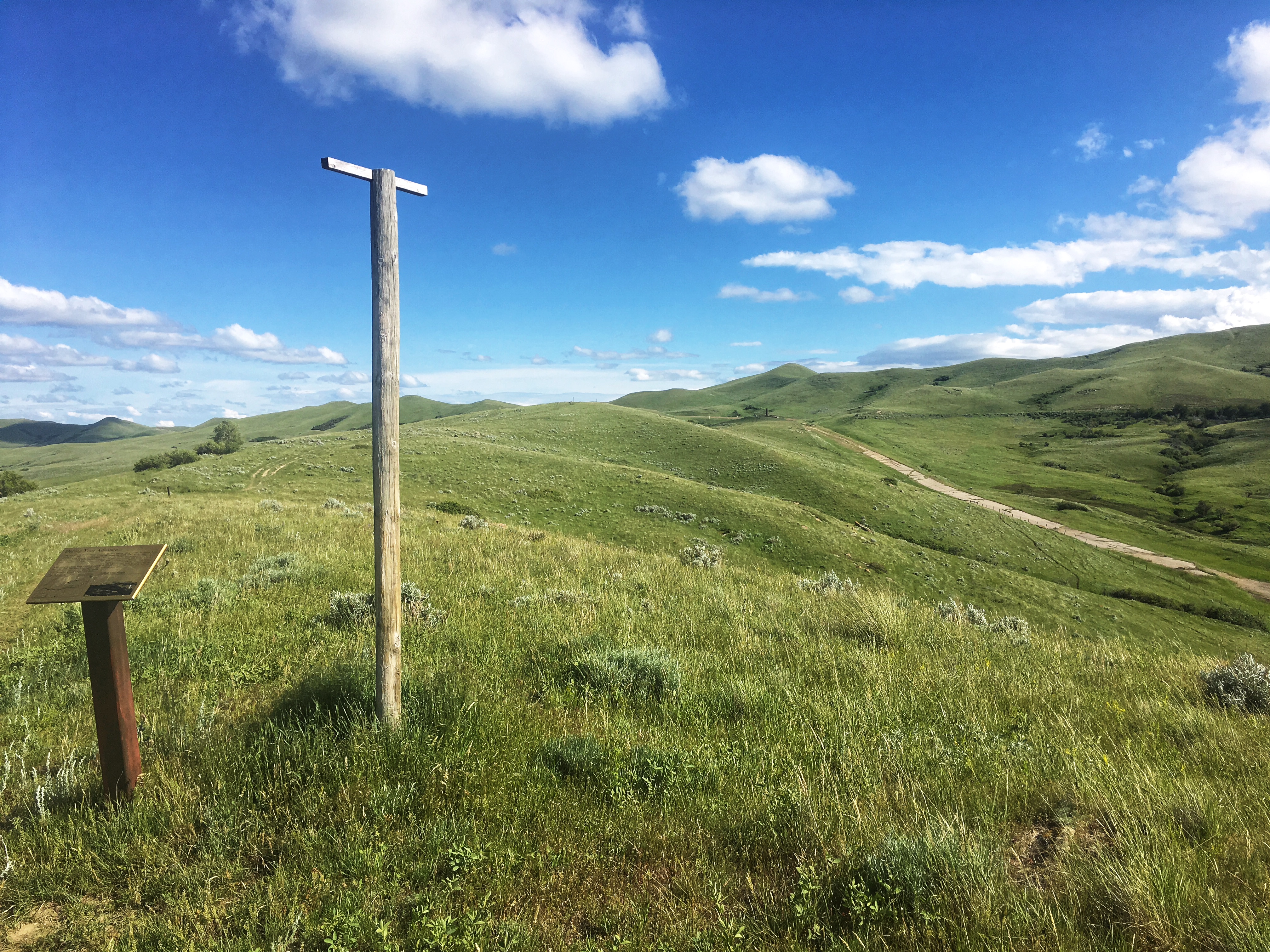 Pretty much the same shot, but including a pan to the right that shows the Bighorn Mountains.

Looking northwest from Massacre Hill. If I understand the battle correctly, the cavalry had charged down the valley and then retreated onto the hill when attacked. 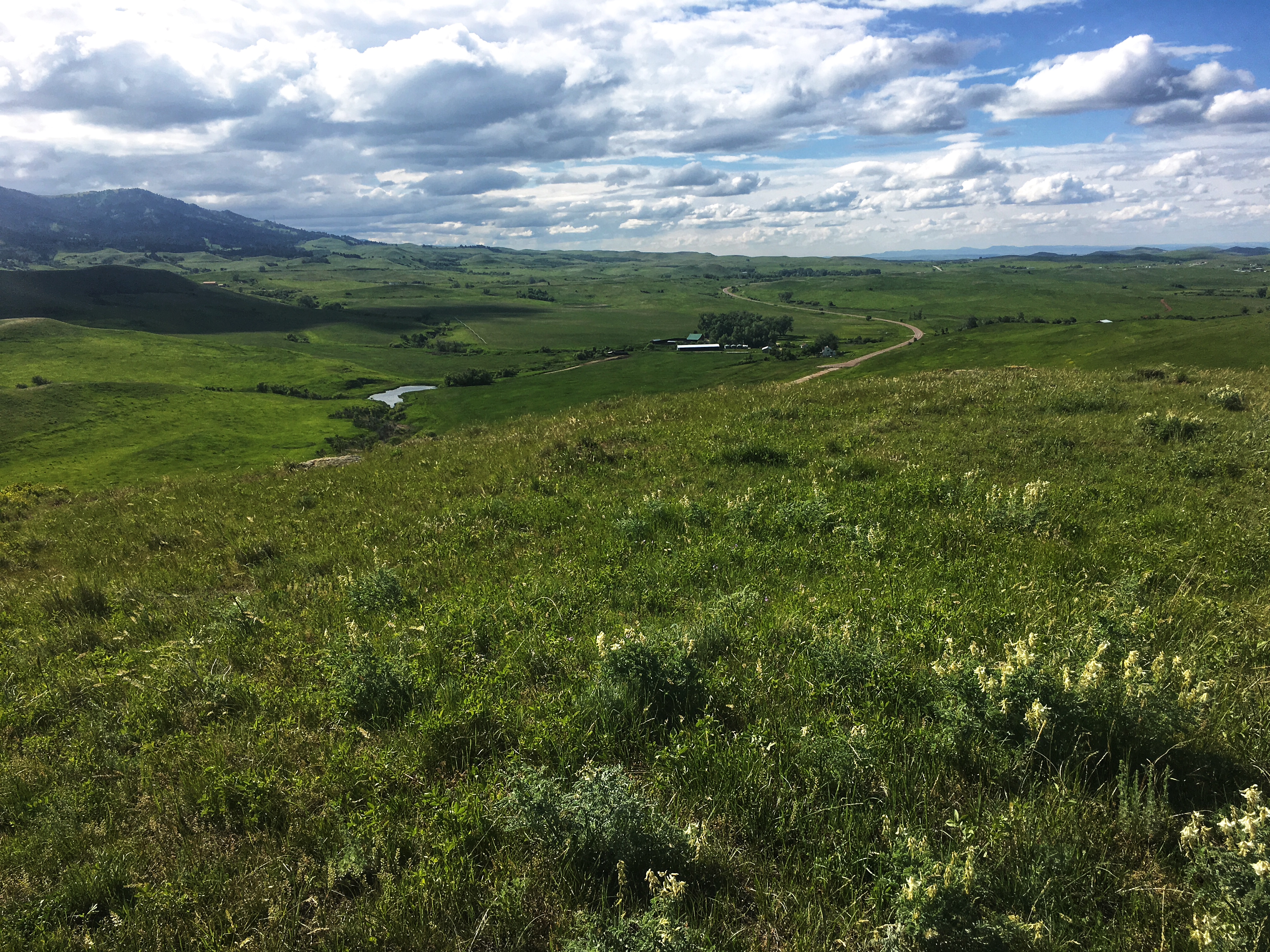 Looking north along the hill from the approximate area where one of the groups of bodies was found. If you follow the ridge past the tree as it curves to the left and then ends about 100 yards further on, you’ll see where the cavalry soldiers died. 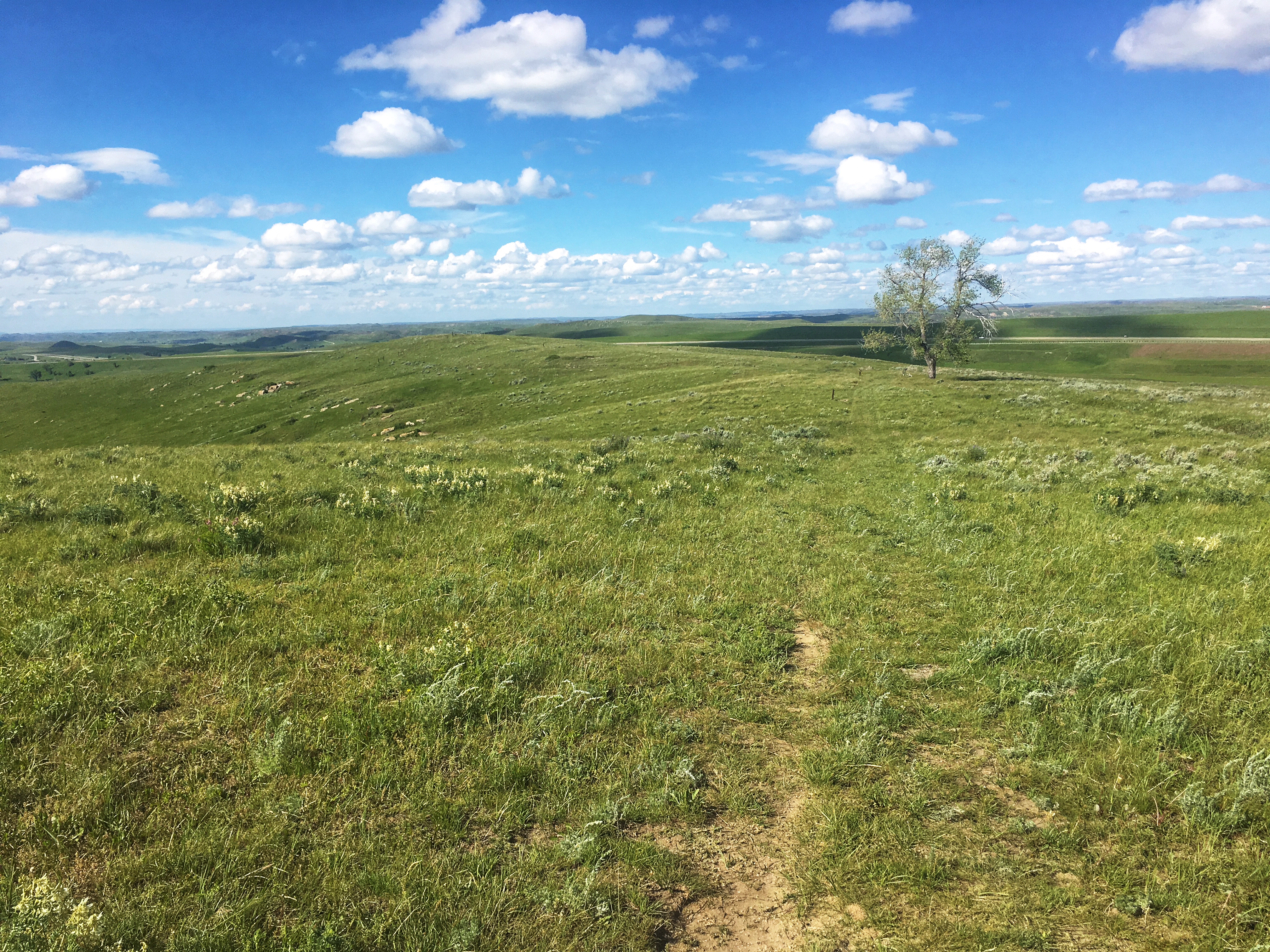 The exact details aren’t known because there were no Army survivors. All that is known of the battle is from analysis of the bodies and a few Indian accounts. The bodies were found in four groups along what is now known as Massacre Hill. Carrington sent out another force under Captain Tenodor Ten Eyck. From the top of Lodge Trail Ridge, Ten Eyck could see the huge number of Indians. The Indians taunted him to come down, but he stayed where he was.

Looking back south toward the monument. Ten Eyck and his men stayed on the portion of Lodge Trail Ridge on the far left of the photo until the Indians left the field. 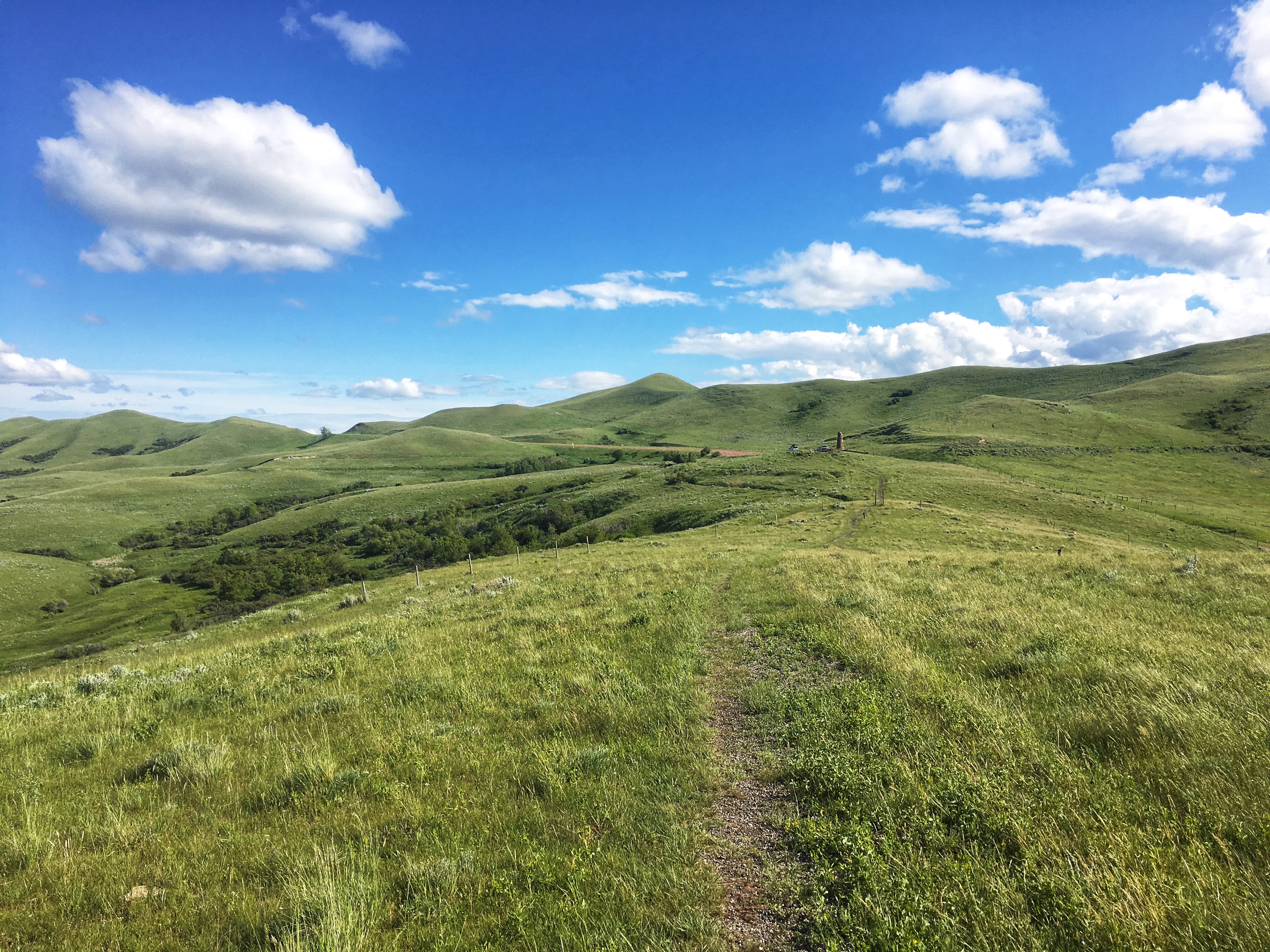 A seldom-used trail leads from the monument along Massacre Hill. I walked about two-thirds of the way—far enough to see what there was to see. It was a breezy afternoon, and I had the place to myself most of the time. 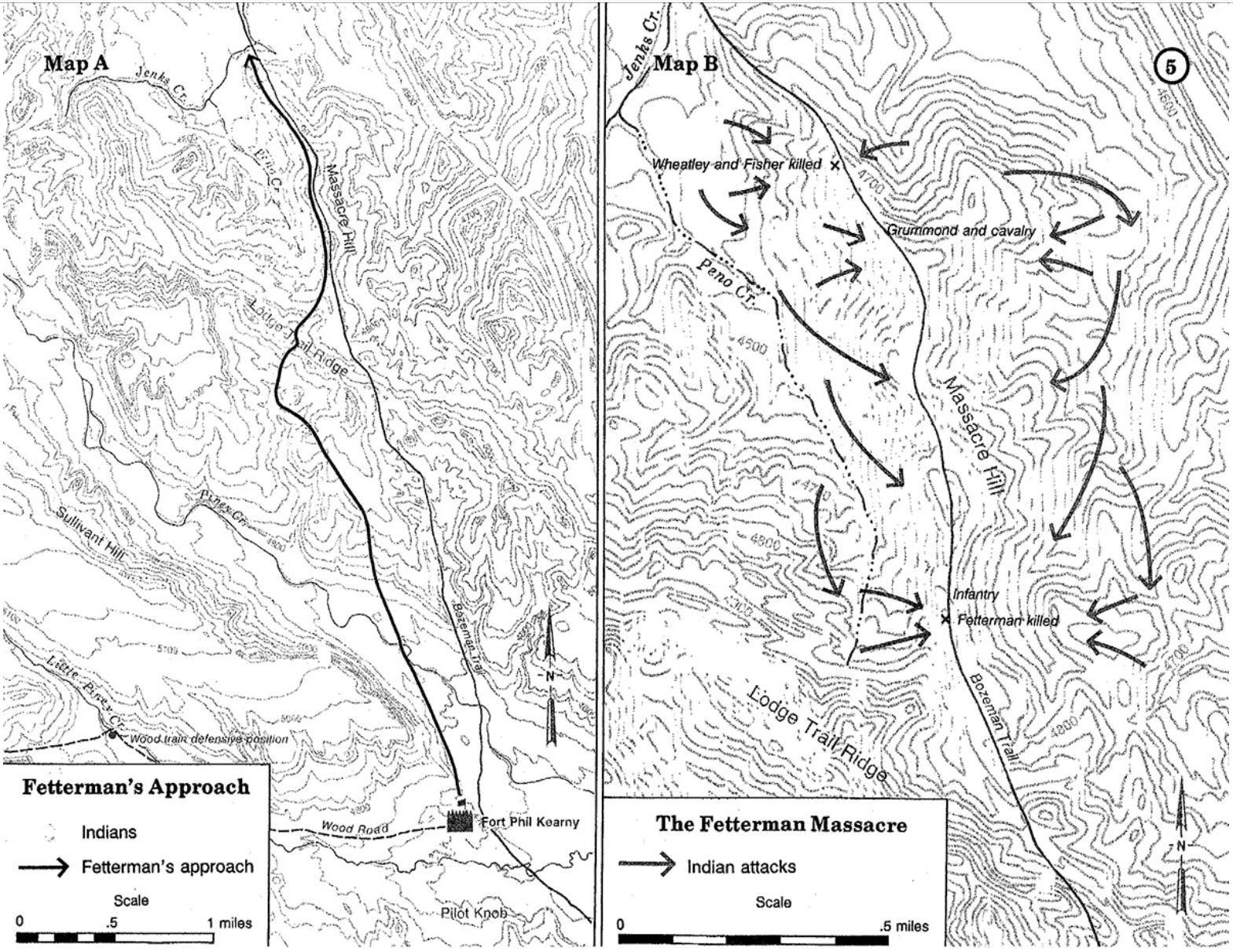 Even on a clear, beautiful summer day, it felt like a lonely place to die. I can’t imagine what it felt like for the soldiers who died there on a brutal winter day. I also can’t imagine that the Indians wore no protection from the weather as shown in this painting of the battle. 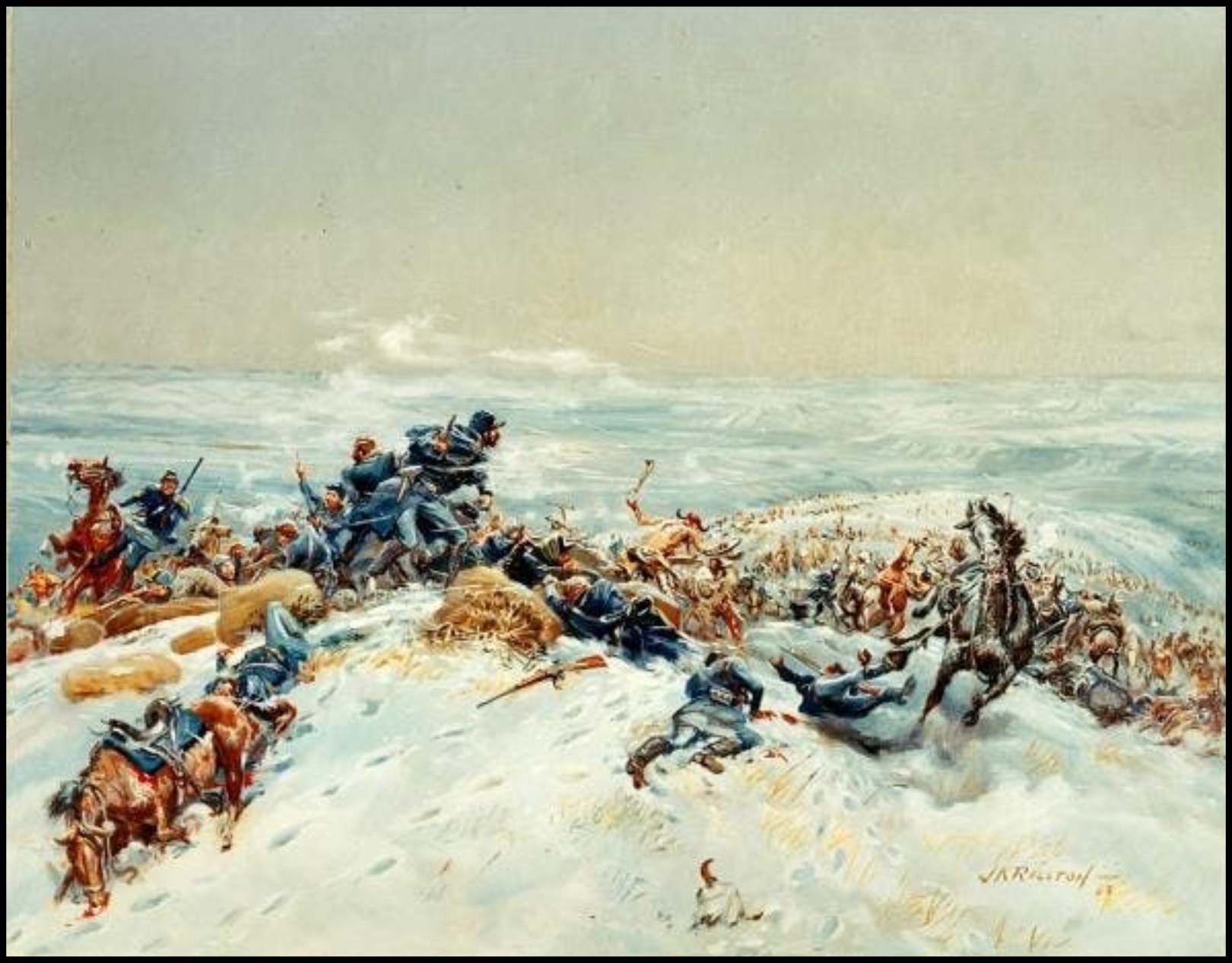