Four Out of Six

I did some chasing today (looking for particular birds that have been reported by others as opposed to just going to a spot and seeing what there is to see). I started at Stratton Open Space where  Northern Goshawk has been seen regularly for the past month. I’d only seen three in my life, and two of those were flyovers, so I didn’t really have a lot of hope. But I followed the directions to the area where it’s been seen, and there it was.

I first saw it on top of a pine on a ridge perhaps 100 yards away. I got one lousy photo before it dove down into the trees out of sight. But less than a minute later, it flew back up and landed on top of another pine about 50 yards away. It perched and looked around for about five minutes, then took off and flew down the hill It passed right over my head about 15 feet off the ground and glided for a 100 or so yards until I lost sight of it. 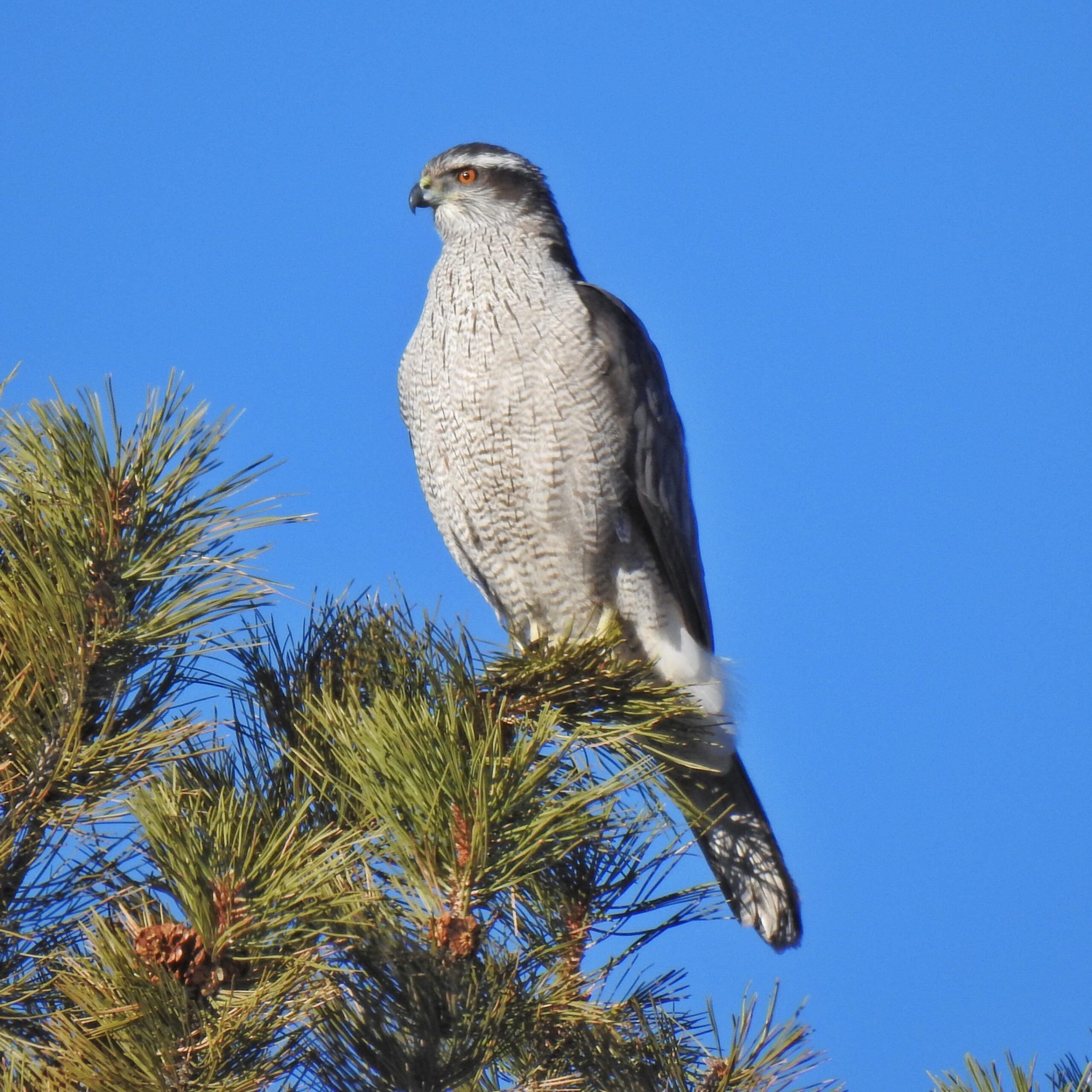 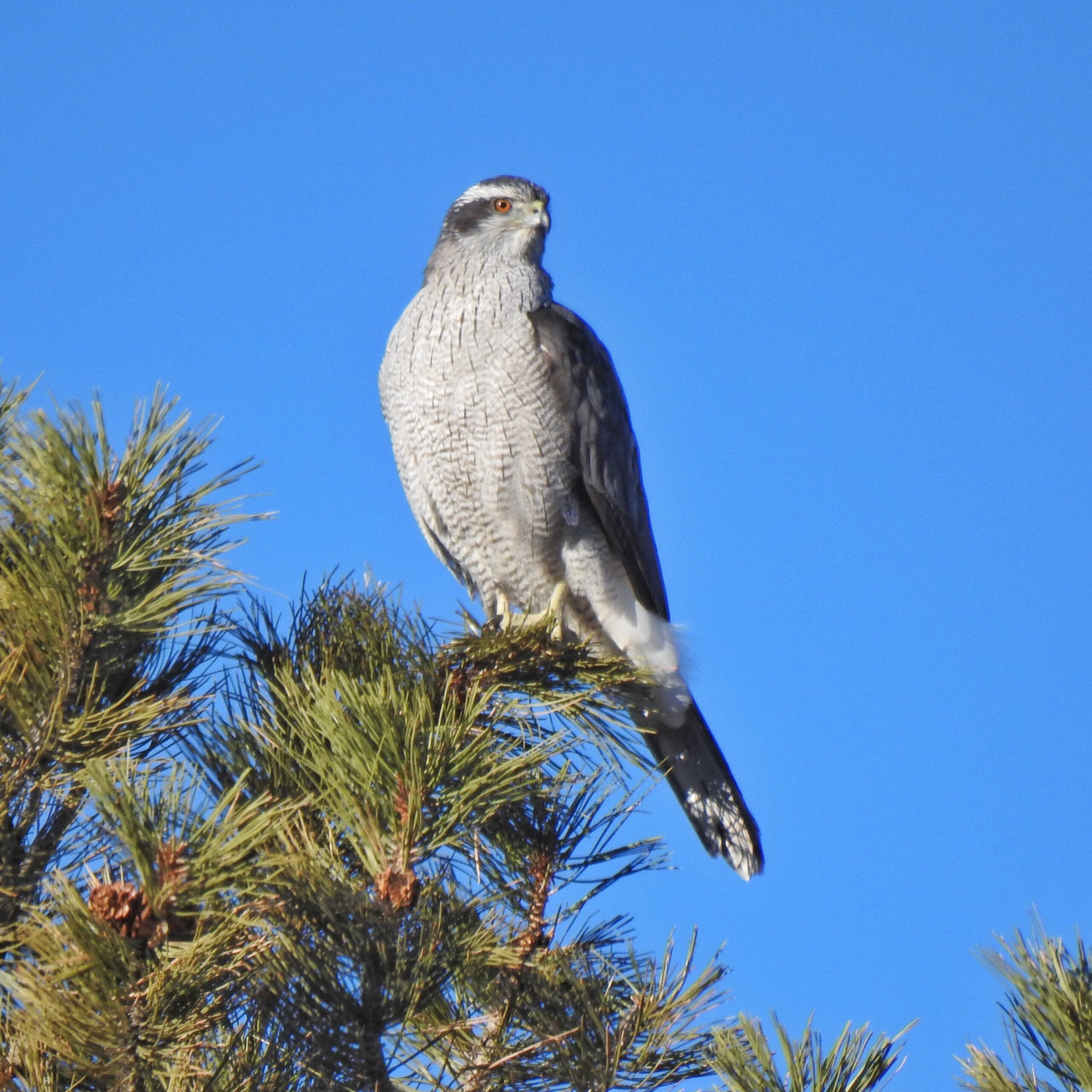 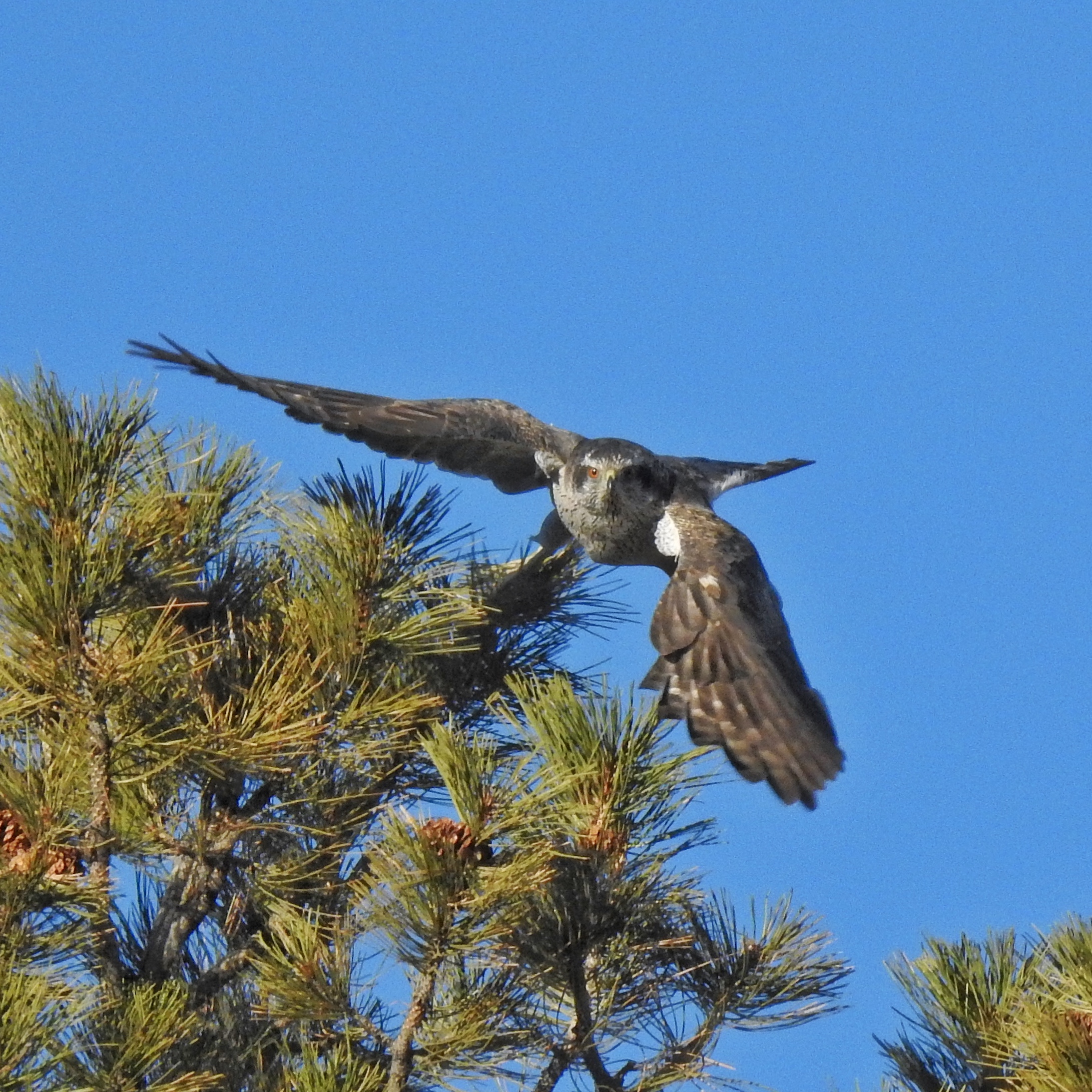 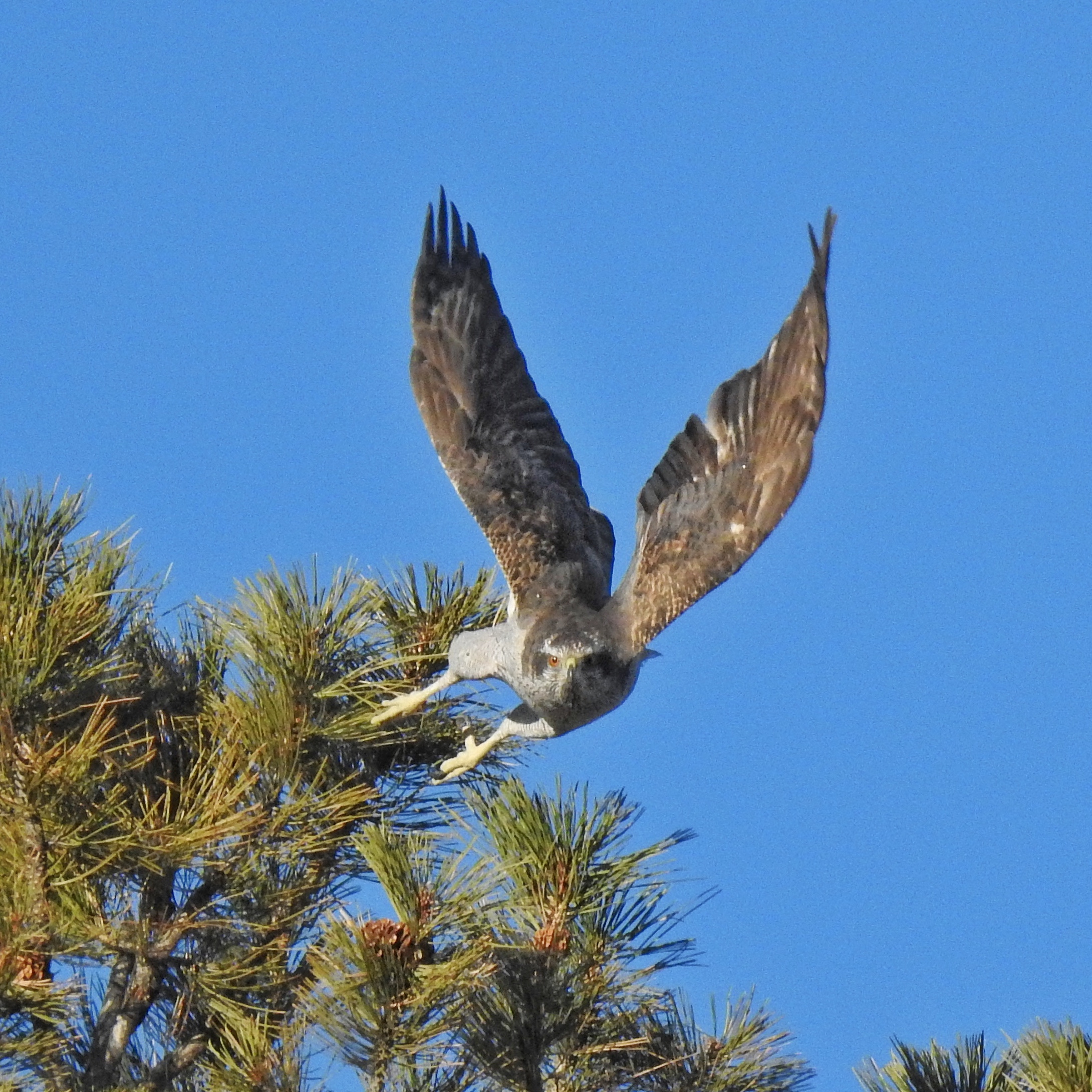 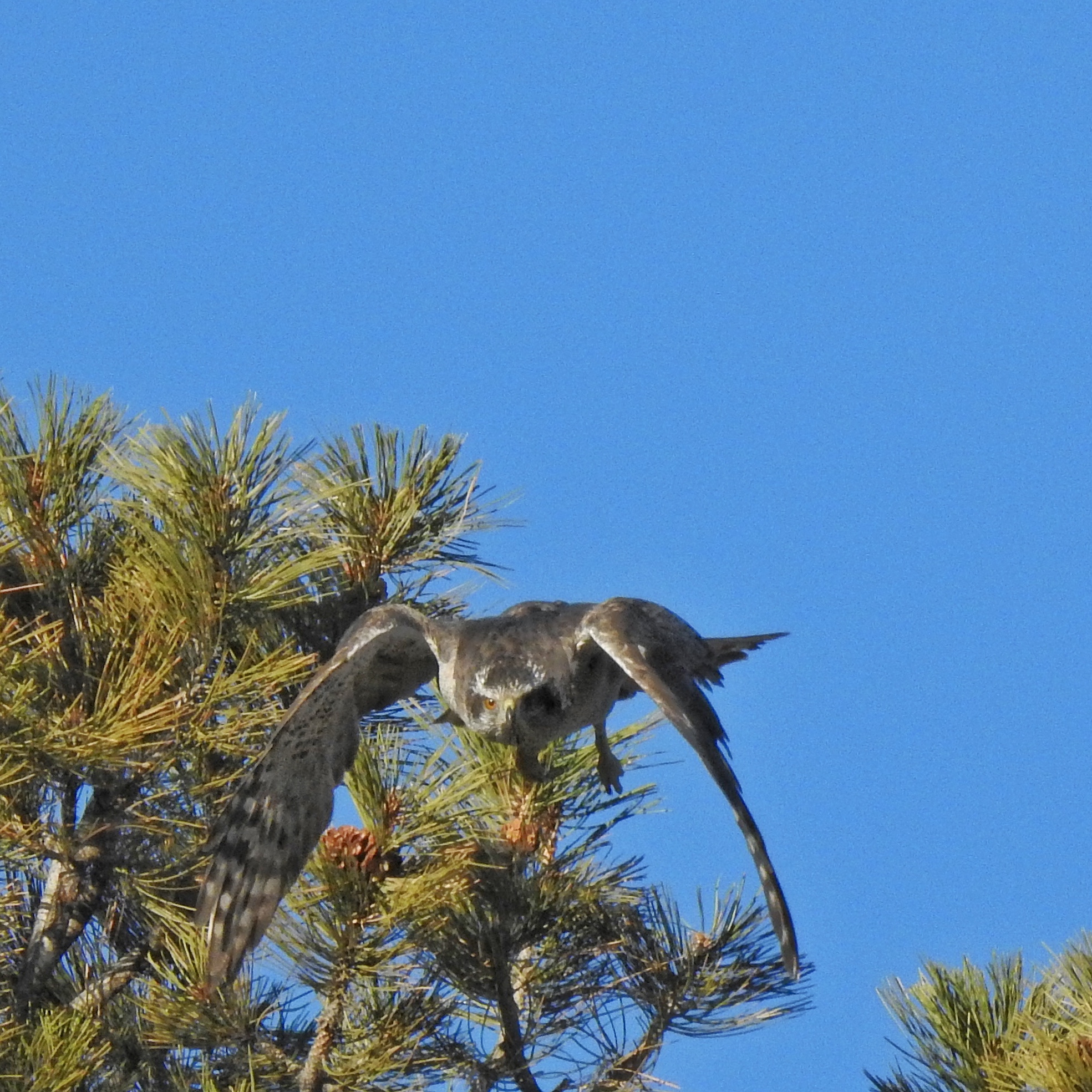 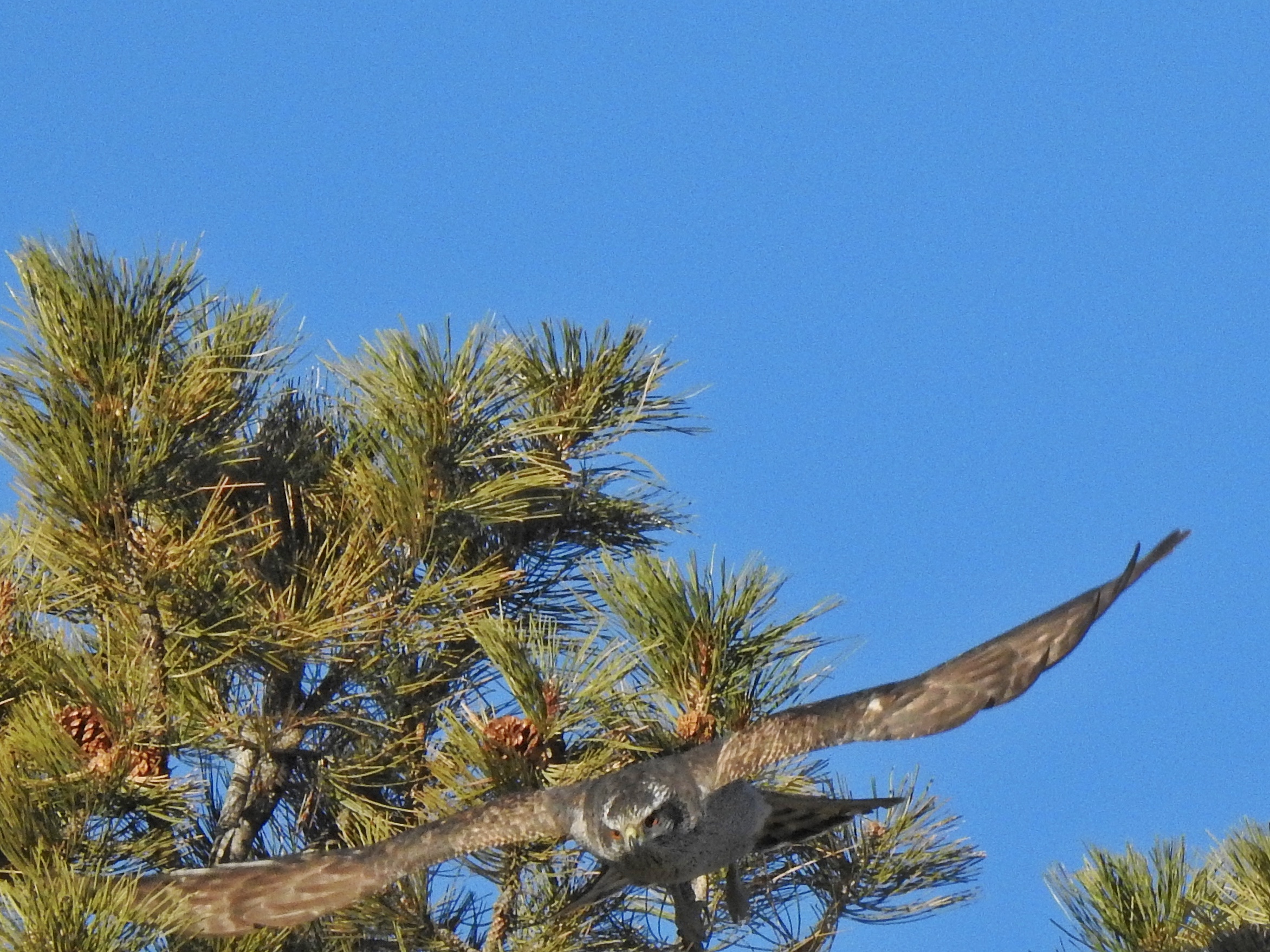 Next I went to Fountain Creek, where I saw but just missed photos of Virginia Rail and Marsh Wren. I missed the Rusty Blackbirds. I did find a cooperative American Kestrel. 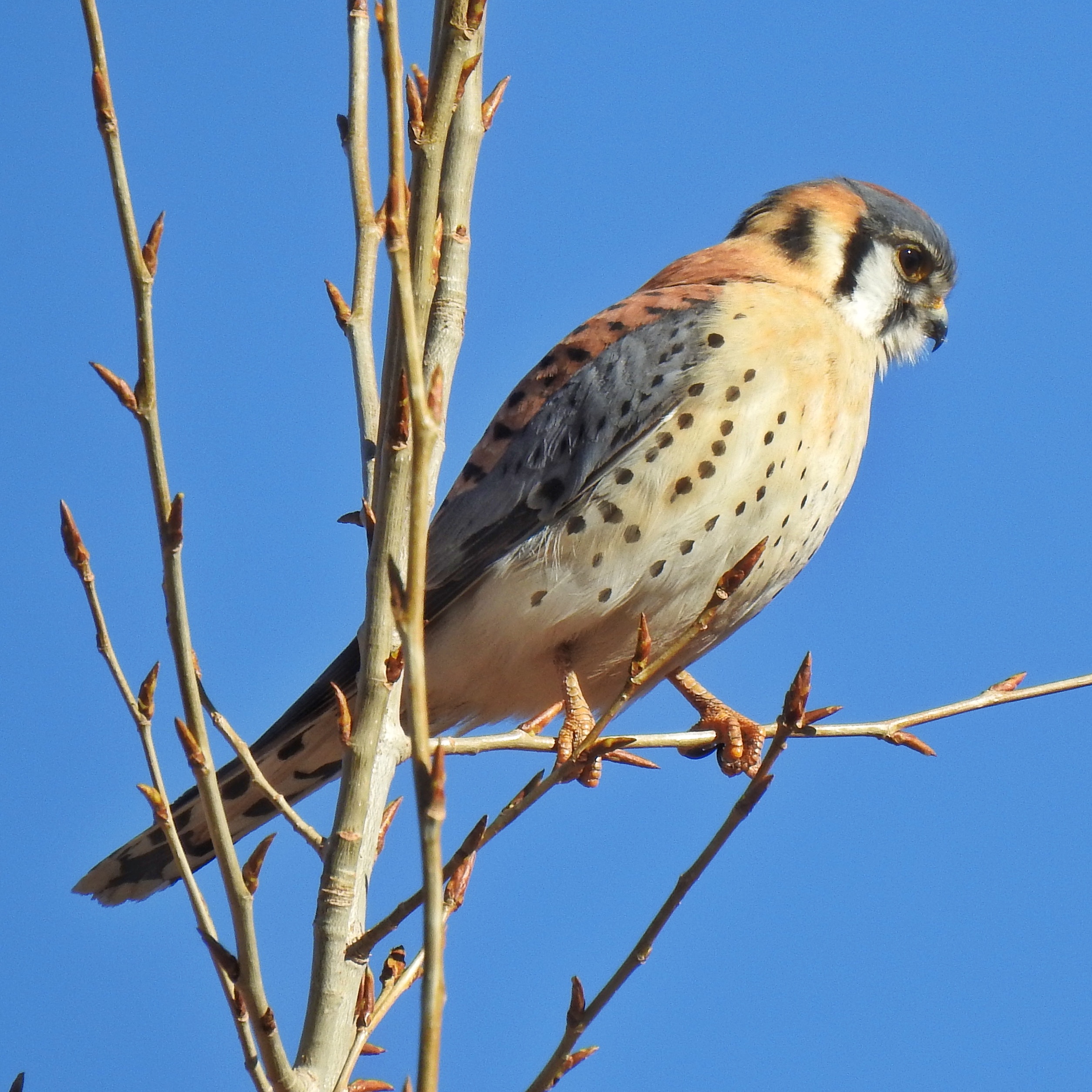 Then I drove down to Lake Pueblo. I missed the Mew Gulls, but I found a couple Juniper Titmice and followed them until I got some halfway decent photos. These have long been a tough find for me. I’ve seen them, but never before today have I gotten a good, extended look. They were gathering seeds from the ground under the junipers and then flying up to low branches and pounding them open. 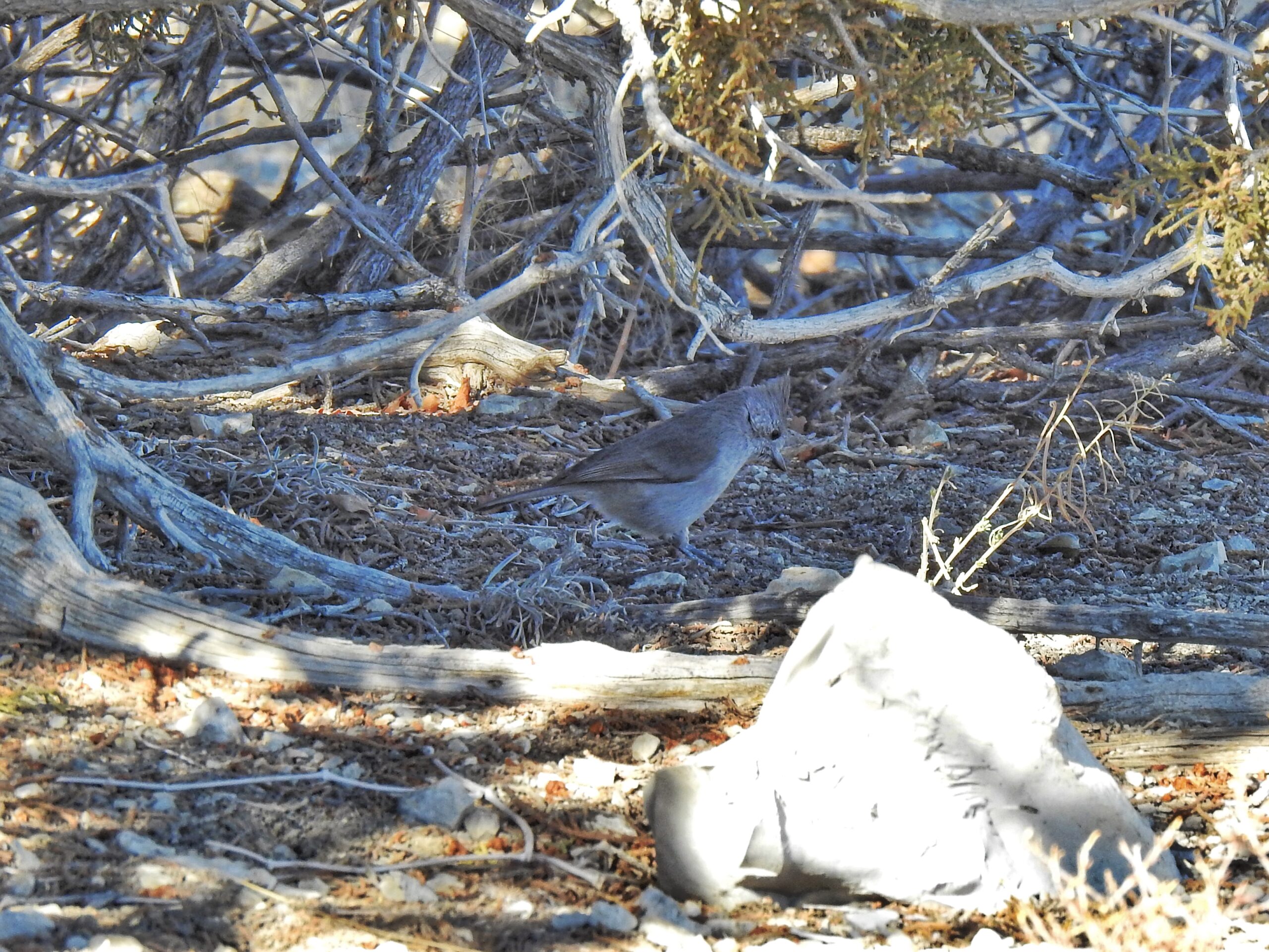 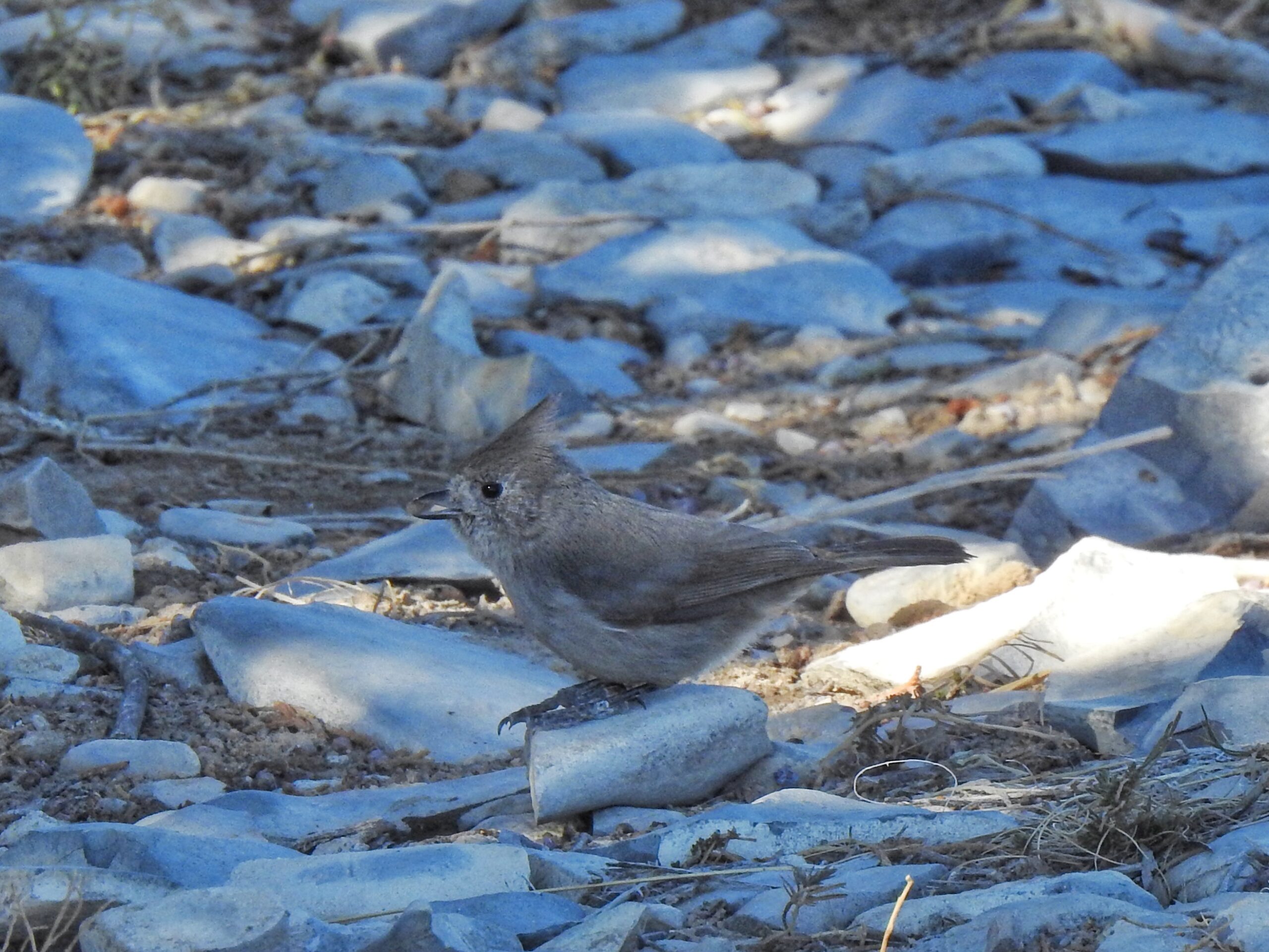 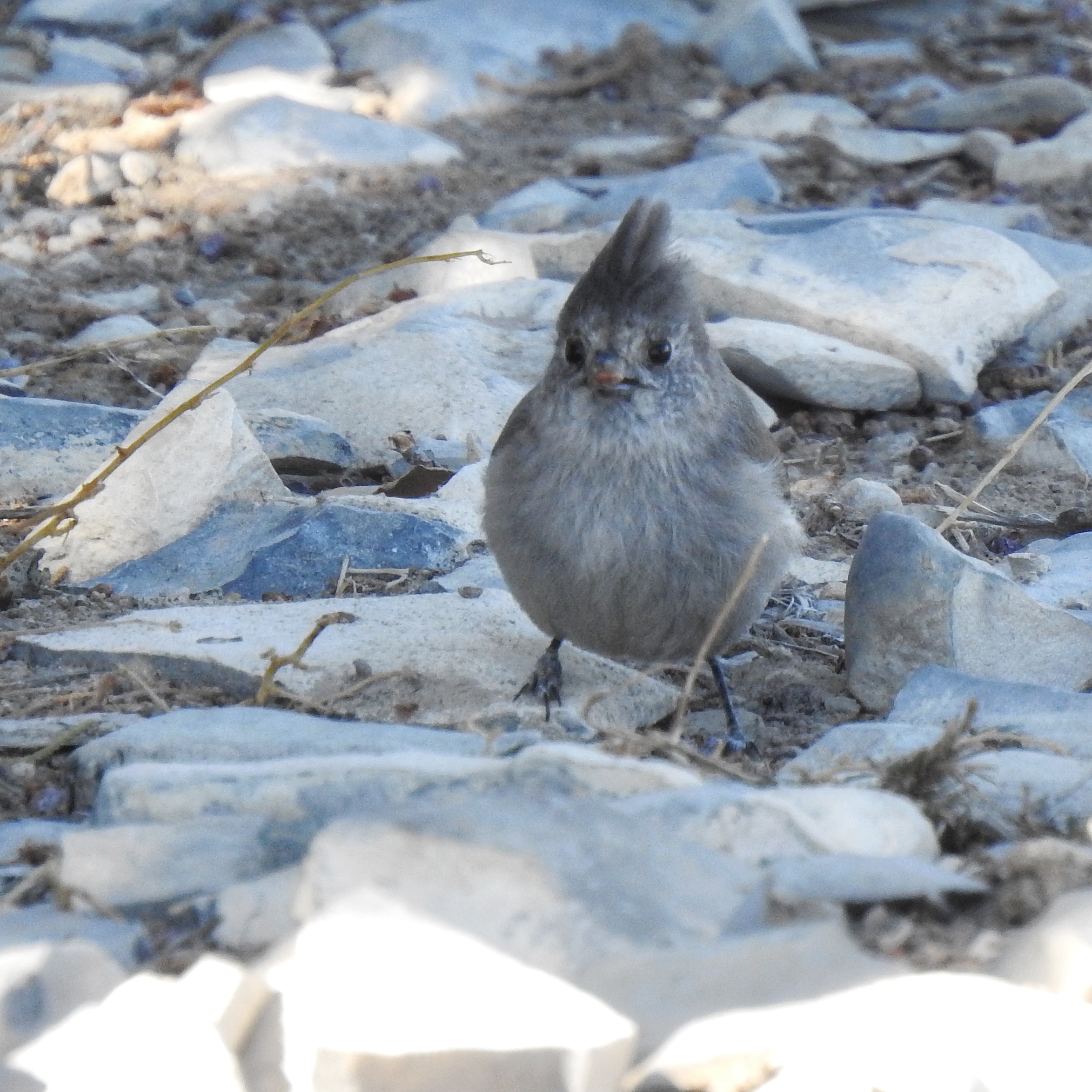 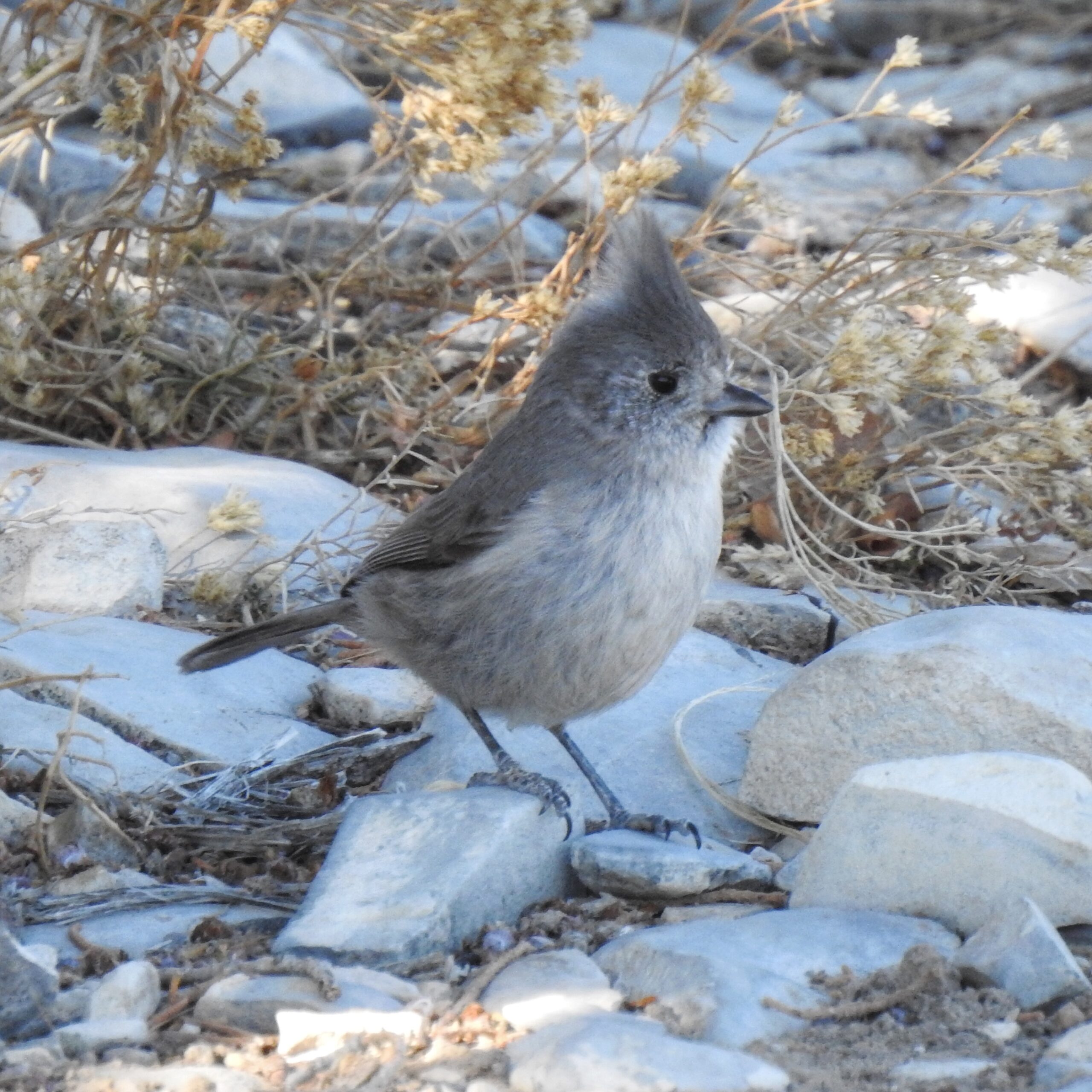